stefan schmidt - currently working as a teacher for classical guitar in baden-baden and karlsruhe (germany) - gathered his first musical experiences as a member of various experimental punk bands. he then studied classical guitar at the hochschule für musik trossingen with professor andreas higi and the conservatorio juan josé castro in buenos aires with victor villadangos.

since 2000 he has released several albums with his solo project 'farang' and created music for films, exhibitions and dance performances. 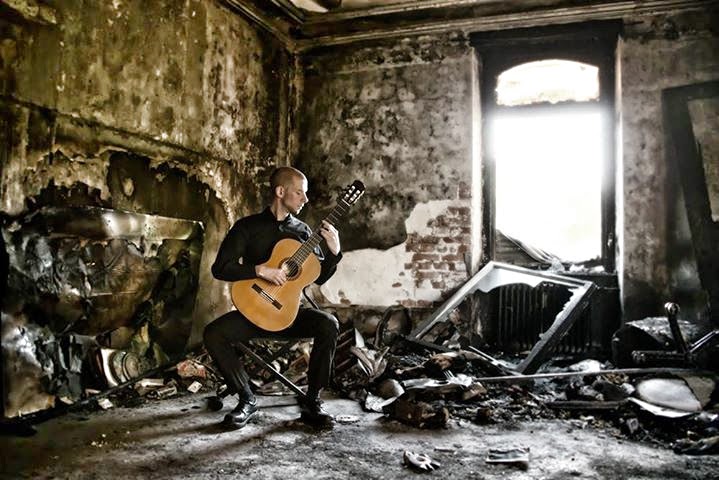 his sound may be described as a melting pot, integrating elements of industrial and noise as well as of asian, arabic and contemporary classical music. 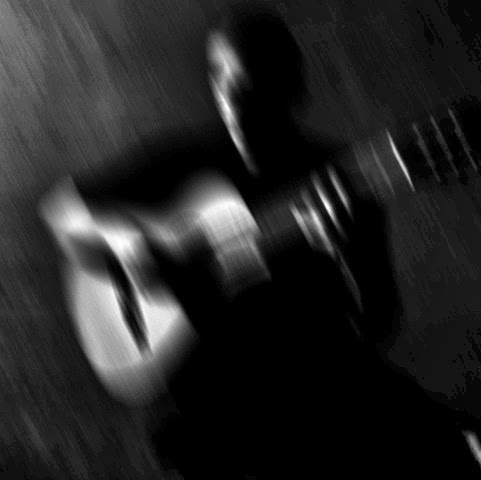 while albums like 'meditations on torture' and 'sehnennaht' put focus on distorted sounds and rhythms, recent works center about slowly evolving structures, sounddesign and free improvisation giving more emphasis on his main instrument, the classical guitar.

in 2013 music from his cd 'ashqem' were presented at the 'dark room auditions' of the innersound festival in bucharest.


which was the 1st musical sound you can remember?

the 1st sounds that come to my mind are not 'musical' ones if you apply a strict definition: the constant noise of the autobahn i lived next to until i was about ten, the humming of powerlines, birdsong in the forest. And i remember that at the age of 3 or 4 i was absolutely fascinated by high wire circus artists i saw on tv because i was convinced that the background music (of which i only remember that it consisted of very high and spherical sounds) was created by the artists themselves through their balancing on the wire. This had a huge impact on me and i must say that i was a bit disappointed when i found how music is really made.

which was the 1st and the last record you bought with your own money?

I can't remember exactly which was the first one – probably 'in rock' by deep purple.

The last one was stockhausen's 'tierkreis'

what do you expect from music?

I expect nothing, but i'm receiving plenty.

why did you decide to pick up the guitar?

I started to play at the age of 12. i actually wanted to learn electric guitar as i had just discovered heavy metal so at first i was not too enthusiastic about my parents' idea to start with acoustic guitar. This changed in my first lesson when my teacher played a piece by bach. i was immediately intrigued by the music and the sound so i decided that it would be much more interesting to learn classical guitar. (and with the benefit of hindsight i can say that i was right about that)

there were times where i neglected the classical guitar - i played in some punk bands for a while and also focussed solely on electronic music for several years – and only played for my own entertainment but i always considered it to be my principal and most important instrument.

what do you recall about your guitar learning process?

the questions sounds as if the learning process would eventually stop – but it doesn't. In my experience even the easiest aspect of playing can be regarded from a different angle. I'm playing guitar for more than 25 years now and i'm still having the feeling that i'm just scratching the surface of what there is to learn and to explore. It's a klischee (maybe because it's true) but i'm also learning a lot from my students.

Since i'm interested in many different styles and i'm also steadily trying to improve my skills with electronics, sound design and mastering i think the hardest thing to learn is to cope with the fact that there is so little time and so much to do.

which work of your own are you most surprised by?

there is not a single one i'm not surprised by – fortunately mostly in a positive way. everytime a piece (regardless if improvised or composed) is mixed and mastered and i listen to it for the first time away from my workspace i manage to hear not from a creators but from a listeners perspective and i start to wonder: 'where does this sound come from? How did i play that?'. I like it a lot when this happens.

what is your relationship with other disciplines such as painting, literature, dance, theater?

First of all they are a steady source of inspiration for my musical work. All the moods and associations that are evoked by visual arts and literature are very important to me. But i also love the synergetic effect that can arise when music and another art form are combined.. i already collaborated with filmmakers, dancers, photographers and designers and as i also like working with visuals myself, i enjoy creating video clips and artwork for my albums and projects.

what's the difference between a good instrument and a bad one?

every instrument can be a good instument if you use it for the right purpose. I love the sound of a high class guitar but i also love explore the possibilities of cheap and/or broken instruments. Besides, there are a lot of more brutal playing techniques i wouldn't like to apply to my 'good' guitar.

That's beyond words, like trying to tell a dream to someone. But i somehow had to think of one of la monte young's early text based fluxus compositions that sometimes consisted of a single phrase or instruction. I tried in vain to find the original wording in the internet but if i remember correctly it was the following: 'some of them were very old lemmings.' i think that's a nice approach.

how would you define silence?

what instruments do you use?

My favourite instrument is a classical guitar by the excellect german luthier sascha nowak, it has been my companion for almost 20 years now. I must admit that i'm quite ignorant when it comes to electric guitars. I don't care much about the type or the quality as i usually alter the original sound so much that i just don't need a top instrument. I happen to own an epiphone les paul model at the moment. My electronic setup is quite minimal: a laptop, an audio interface and a midi controller.

I'm using ableton, a midi guitar software and vsts (mostly freeware). It's not that i have anything against hardware – it's more a question of space and money. And i don't like cables. (or better: cables don't like me.) besides that i use several other acoustic guitars, a tenor ukulele, sound bowls, … , everything i find that produces appealing sounds.


what do you like most about being a musician?

being surrounded by music. And that feeling of surprise i mentioned earlier.

what projects are you working on and what does the future hold?

currently i'm involved in several projects with other artists: with photographer markus reck i'm creating a series of videos centered on insects, i started working with piotr tomczyk, a dancer and performance artist from karlsruhe, and last but not least a collaboration album with wilhelm matthies, whose music i highly appreciate, is beginning to take shape.

the next big goal is to finally record my compositions for classical guitar in a quality that entirely satisfies me – this will be a tough one. 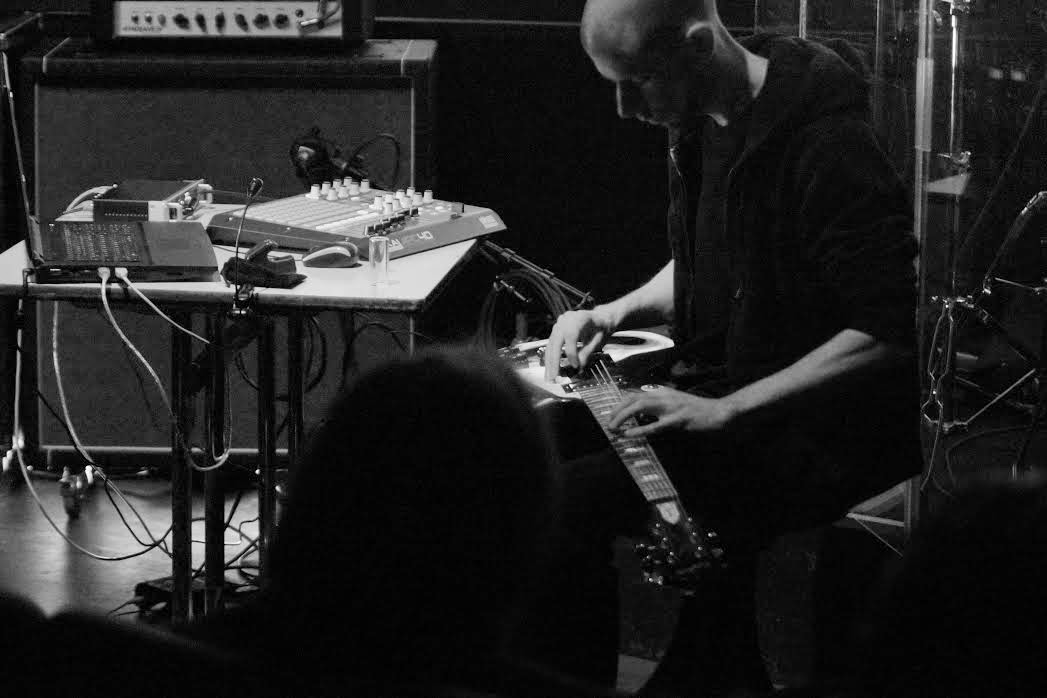 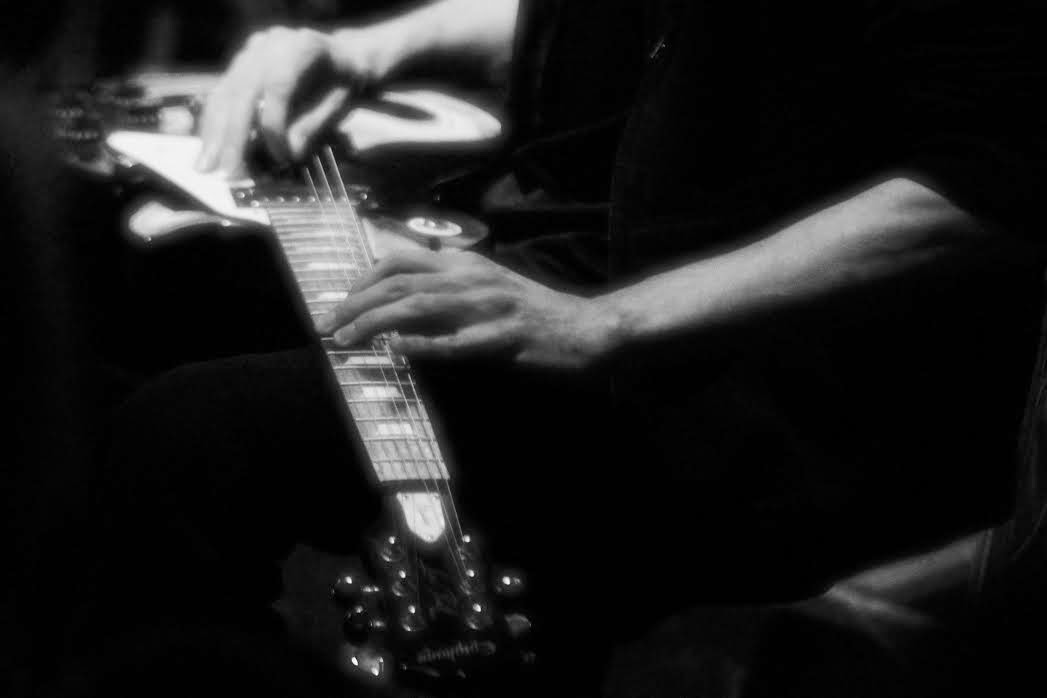