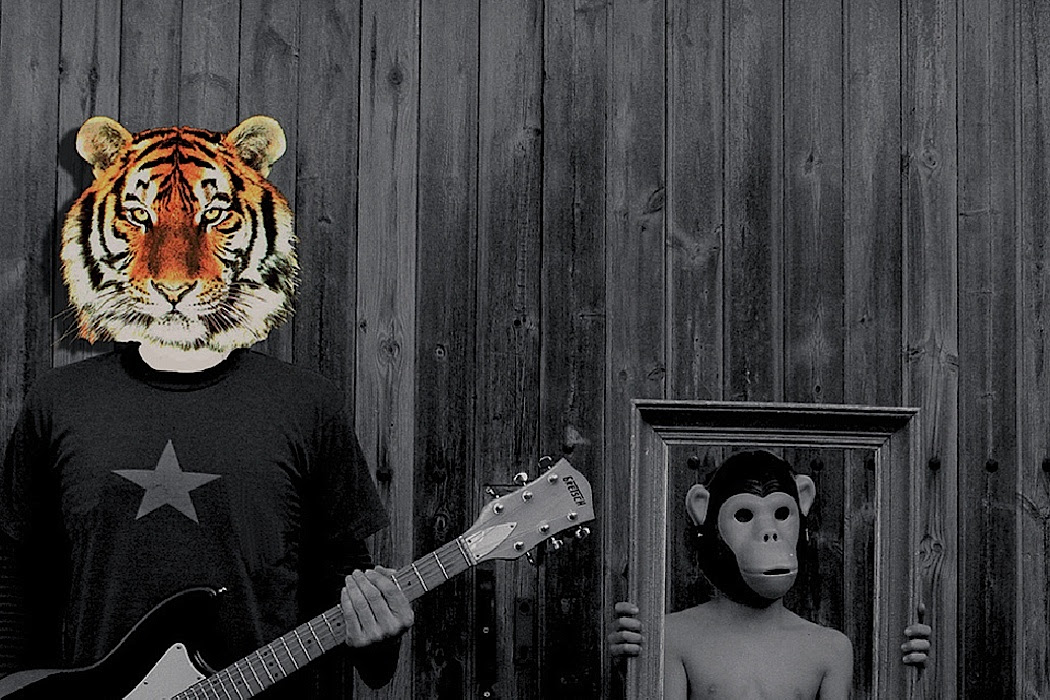 For the past two decades, guitarist Remi Saboul has been exploring the realms of contemporary and improvised music, often turning unexpected corners and preferably straying from the straight and narrow main roads.
In musical territories as diverse as those occupied by projects like Drive Blind or “rinocerose” as well as numerous jazz ensembles, composing theatre soundtracks and soundscapes, he has time and again managed to bring his inner music to the fore.

"Drone" by My Tiger Side. Electric guitar processed no synths
Video by TigerDesigns 2012 based on historic pictures from the public domain selected in the Library of Congress Galleries. Tiger Picture by LaMurcia

At present, Remi takes to the stage all by himself to represent the intimacy and personal character of a project called My Tiger Side, which consists of extended instrumental pieces during which he takes the time to attain a degree of sobriety with a whispering rather than an overtly present guitar.

My Tiger Side «1» is the first album released in June 2013 in a numbered limited edition of 100 copies on 160 gram vinyl. The record contains tracks which were part of a series of improvised sessions, recorded in analogue, as well as a six part piece shaped like a classical mass (a reference to The Electric Prunes and Pierre Henry).


“Two worlds get entwined in a highly intimate way here: one is mechanical, the other organic. This ambient music not unlike Bill Frisell’s exudes a type of darkness which reminds us of the shadowlike atmosphere present in some of David Lynch’s movies.”

“My Tiger Side is a blend of minimalism and aspiration, of experiment and sensitivity with regard to the movements of the heart and of nature.”

“In six movements, we are transported into the higher realms, a sensation almost too overwhelming to grasp, as if Mark Hollis found the will to spread his arms wide open in asceticism. One has to be fond of those moments during which one does nothing but wait and get used to time, then asks of it that it does not thrust itself upon as like some wild animal would.” A decouvrir absolument


"Botaurus stellaris in Db minor" by My Tiger Side. Electric guitar processed no synths - one take.
Video by TigerDesigns 2012 based on a photo session by LaMurcia