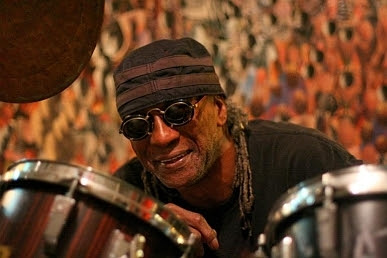 Ronald Shannon Jackson, a drummer and composer who worked largely within the realms of free jazz, funk and fusion, died this morning, Oct. 19, in Ft. Worth, Tex. Jackson’s passing was confirmed by his cousin, Tobi Hero, on Jackson’s Facebook page. No cause of death was cited, however, Jackson was suffering from leukemia and had been living in a hospice. He was 73.

By Preston Jones and Sarah Bahari
pjones@star-telegram.com sbahari@star-telegram.com
Ronald Shannon Jackson, the legendary jazz drummer and composer from Fort Worth who helped pioneer free jazz and jazz fusion, died Saturday morning of leukemia. He was 73.
In a career that spanned more than four decades, Mr. Jackson appeared on more than 50 albums as a leader, sideman, arranger or producer, and he collaborated with the pioneers of jazz’s avant-garde movement.
Mr. Jackson’s band, the Decoding Society, which he founded in 1979, blended avant-garde jazz, rock and funk, receiving critical acclaim for such songs as Eye on You and When Colors Play.

Fellow musicians and friends said Saturday that Mr. Jackson’s contributions to jazz will not be forgotten.
“It’s seismic,” said Vernon Reid, a former member of the Decoding Society and founder of Living Colour, speaking from a tour stop in Spokane, Wash. “For me, it’s so — it’s the enormity of it, just on an emotional, personal level is so big. … He is my most important mentor.”
Born in 1940 in Fort Worth, Mr. Jackson had musical roots that ran deep. His father ran the city’s only black-owned record store and jukebox business, and his mother played piano and organ at a Methodist church.
Mr. Jackson attended I.M. Terrell High School, where he studied drumming under music teacher G.A. Baxter, who also taught notable jazz artists including Ornette Coleman and King Curtis.


After school, Mr. Jackson began playing professionally in Dallas with members of the Ray Charles Band, then moved to New York City in 1966 to study music at New York University, according to the his website.
“Jackson’s career took off, and he aligned in the late ’60s with several other top musicians, among them McCoy Tyner, Jackie McLean, Joe Henderson, Charles Mingus, Betty Carter and Stanley Turrentine,” JazzTimes.com wrote in his obituary.
Ken Shimamoto, a friend, said Mr. Jackson stood out among the pioneers of free jazz, which sought to alter, extend or break down the conventions of jazz in the 1950s and ’60s. 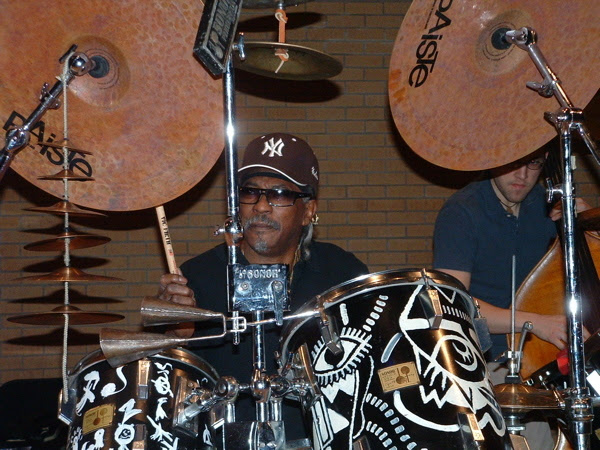 Mr. Jackson became known as the only musician to have performed with the three prime pioneers of free jazz — Coleman, Albert Ayler and Cecil Taylor.
“He was a very forward-looking and free-thinking musician. He was always questioning things,” said Shimamoto, a local writer and musician. “He had an inquisitive mind and a restless intelligence that manifested itself in everything he did musically.”
Traveling extensively, Mr. Jackson performed at least 40 times in Europe and more than a dozen times in Africa and Asia. He also worked as an educator, giving seminars at Harvard University and other universities nationwide.
In the 1990s, Mr. Jackson returned to his native Fort Worth, and in July 2012, he played at the Kessler Theater in Dallas, his last performance in North Texas.
He is survived by four children.