Doug Theriault is a maverick instrument builder, improviser and composer who resides in Portland Oregon. His music is not easily identified as it is constantly in flux. His main instrument is the guitar. All of his guitars are heavily modified with electronics. Currently he is using a guitar played through custom made synths of his own design. His business (Buzz-R-Electronics.com) was making experimental controllers and instruments for others.

Doug plays guitar/custom built electronics and a new instrument of his own design, the Sensor Guitar. For the last 15 years he has presented his work all over the United States with a wide variety of musicians, dancers and visual artists from around the world. He is known in underground, academic and free improvised music circles for a highly idiosyncratic approach to guitar and electronics. Doug investigates the reciprocal contamination of creative means and sensibilities. He uses varied organic and electronic sound instrumentation, concrete sounds, voice, light gradients (sensors), space and performative movement in connection with architecture and notation systems. 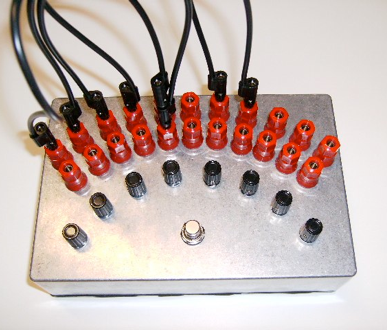 The heating vent.  I always associate it with warmth.  I can now emulate that sound with the guitar.

What do you dream about?
I dream about the many possibilities of music.  There are so many approaches to making it that it's always surprising and brings me great enjoyment.

I heard Jeff Beck and Alex Lifeson of Rush.

For Walter. Live Electronics and field recordings.
Dedicated to Walter Marchetti.
Play the image to listen

My solo guitar work.  I feel I've set out to make the music I always wanted to make with the guitar and have been successful in fulfilling that vision.

There is no drawback.  It's an instrument of endless wonder and surprise.


What do you change or add to your guitar?


Everything.  I've made sensor guitars using light, heat and capacitance to control parameters. Build into guitars USB and MIDI control and have tuned it in various combinations.  I've also added inputs into it for feedback and playing through it various homemade radios and electronics. 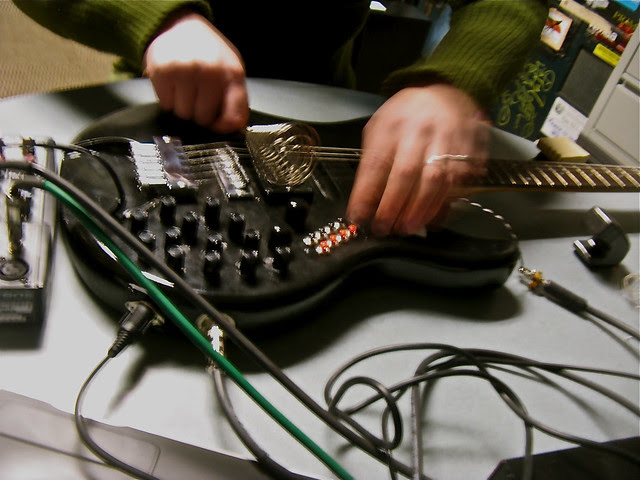 I build my own effects.  Either pedals or computer and digital emulations.  I play other instruments if I'm composing.  Usually the piano.


I played guitar in Jazz and rock bands.  This did not satisfy me very much. When I first wanted to work with sound I was doing a lot of pickup feedback and tremolo work.  But then I played the guitar on the floor.  It was the only way I could coax out the sounds I was looking to achieve. I had met a friend and we listened to Bill Dixon.  Then we listened to Iancu Dumitrescu.  We thought it would be an interesting combination to combine two double basses with electronics that was a combination of Dumitrescu and Dixon.

Our first show was at The Seattle Improvised Music Festival in 1994.  At the time it was a trio with James Wood on amplified table and electronics, Jeffrey Taylor (of Climax Golden Twins) on tape and myself on guitar and cracked electronics.  From there it expanded to include Mark Collins and Matthew Sperry on double bass.  The guitar on the floor was interesting for a period of time. Then I started playing the guitar upright for a number of years.  The improvised music scene changed again during the 2000's and I switched back again to tabletop guitar and electronics.

Besides a huge paper clip my preparations are all with electronics.  I use the guitar as numerous switches that change different parameters depending on the notes and velocity used.  The guitars notes controls massive feedback matrices.  The velocity controls the length of time those notes are sustained and determines what switches get turned on or off.  The switches control various aspects of the processing and feedback.

Derek Bailey.  We had exchanged many letters back and forth.  He was very supportive and a cheerful beam of light.  He also was one of the funniest people I've ever talked to. He got sick and that was it.


Turning a violin Bow into a giant antenna where you can change stations by moving it in different directions. 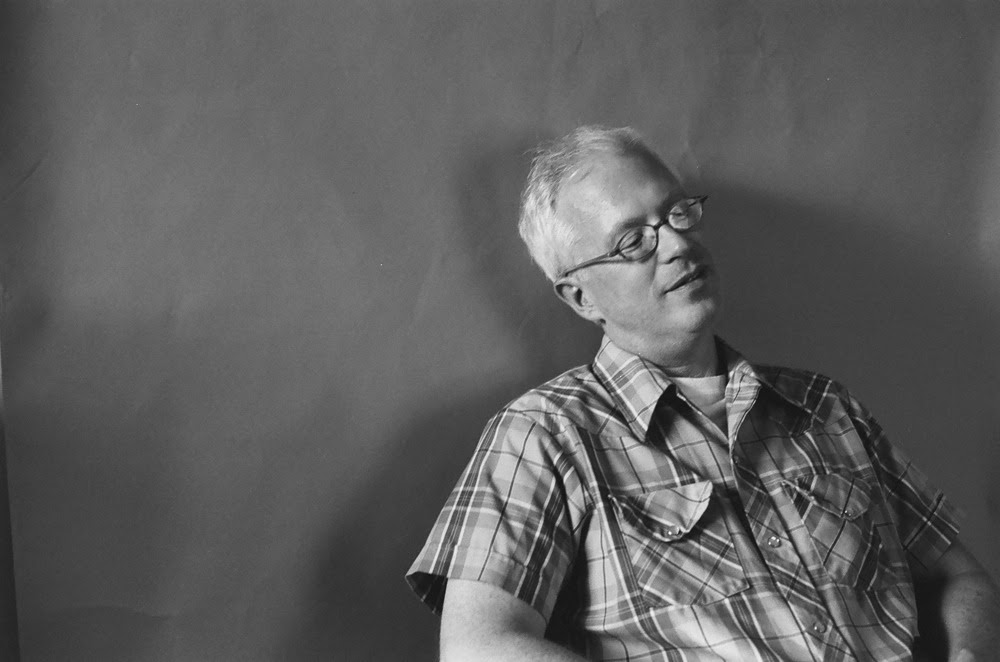