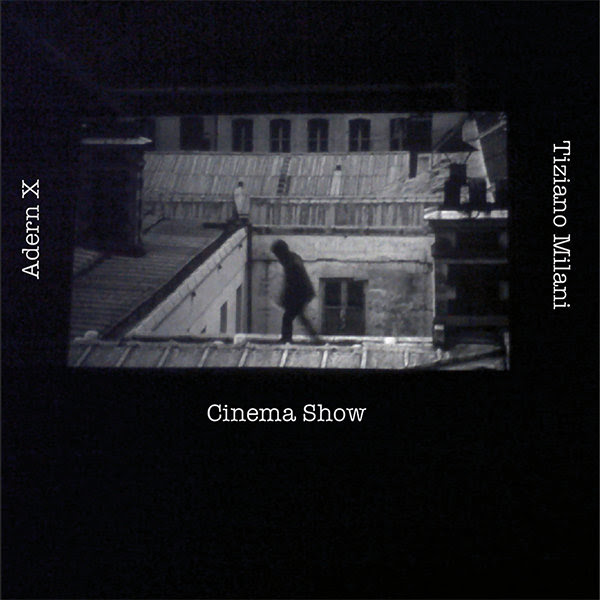 The source material for this release is a bunch of field recordings made in a cinema. The relation between music and image is a quite complex one: music can be a part of the meaning or just a furniture, and it could be also a distraction, but the focus of the work of this two italian sound artists is the peculiar quality of music to evoke images. Recordings were processed and layered to make this album sounds like the soundtrack of an imaginary expressionist movie or as an experimental form of symphonic poem.

"Intervallo" is movie conceived as a visual representation of the sound construction principles used in the "intermezzo" track, so is a way to reflect about the relation between images and sound.

There's two principal approaches to cinema depending on the assumption about what is a movie. One approach is what could be defined as "shot theatre" given that the main concern is the arrangement of charachters during the development of a story in the attempt to express his meaning through words. The other is what could be defined as "picture in movement" from the realization that what is physically recorded are is a sequence of 24 pictures (called frames) per second whose flow gives the illusion that something is moving. From this perspective the meaning is obtained from the visual changes of something through time so reflecting an esthetic position stating that the meaning of music derives from the sonic development through time.

Even if the result could be abstract, image, as sound, is not something ephemeral since the film frame transforms what is intended to be seen, or projected, in a physical object that lasts and can be manipulated. So, time acts as an agent of decontextualisation of the recorded subject and as the frame containing the elaborated object. The decontextualisation entails that Words became the punctuation in the overall grammar, as its role became of connection, or support to the elements, if necessary.

As "cinema show" is a record based upon the relation between images and sound, his corollary is a movie about the same concepts. So "Intervallo" is a visual representation of the sound construction principles used in the this release, so his name is the italian translation of the title of the musical piece used as a sound track. The subject of the movie is the object of film editing, the film stock, and his result, the projected sequence. The film stock was shot using various lens and optical filters as a metaphor for sound processing while the film samples are unaltered, as related to field recordings, since the editing is on the recorded object and not on the subject itself. The sense of displayed words is left to the spectator as the realization that both the film stock and the interval are gradually disappearing from cinema. 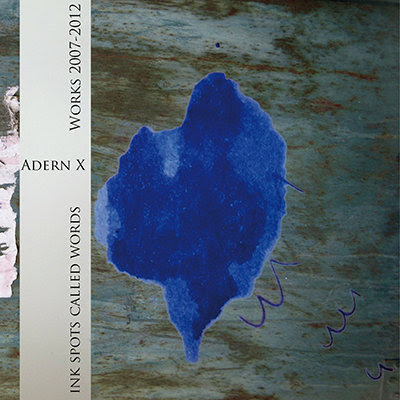 A bunch of track from 2007 to 2012 lost in websphere or diffused in festival. Now collected and remastered.

I cannot guarantee that you will consider everything adorable but – sure enough – the immediately discernible identity of Adern X’s sonic fauna is a feature that not many Italians can expose, for in this depressing country the preference usually goes to striding along the beaten paths of imitation/modeling, whatever the ambit. (Massimo Ricci - Touching Extremes)
Adern X improvises countless samples through sound design overlapping layers alongwith digital noise, voices, field recordings, piano notes, all processed and reconstructed.
Adern X proposes soundscapes with disturbing and at the same sedate atmospheres. (Guillermo Escudero - Loop Webzine)

I enjoyed this album as Adern X is able to create atmospheres that are in balance from the everyday life and a sort of alienated reality and he does it using a rich palette of sounds. (Maurizio Pustianaz - Chain D.L.K.)

The end result is not something that one could easily describe as 'warm ambient glitch', which some of the music in this direction sometimes tends to sound like, but more a mild version of musique concrete. Sounds of an electro-acoustic nature put together into a sound collage. (Frans de Waard - Vital Weekly)

Adern X is a sound artist whose main focus is the manipulation of samples taken from various sources for the exploration of the laptop's manipulative abilities to (de)forming an outer sound able to communicate something.

Xevor is a label runned by sound artist Adern X for the promotion and distribution of his works and projects.