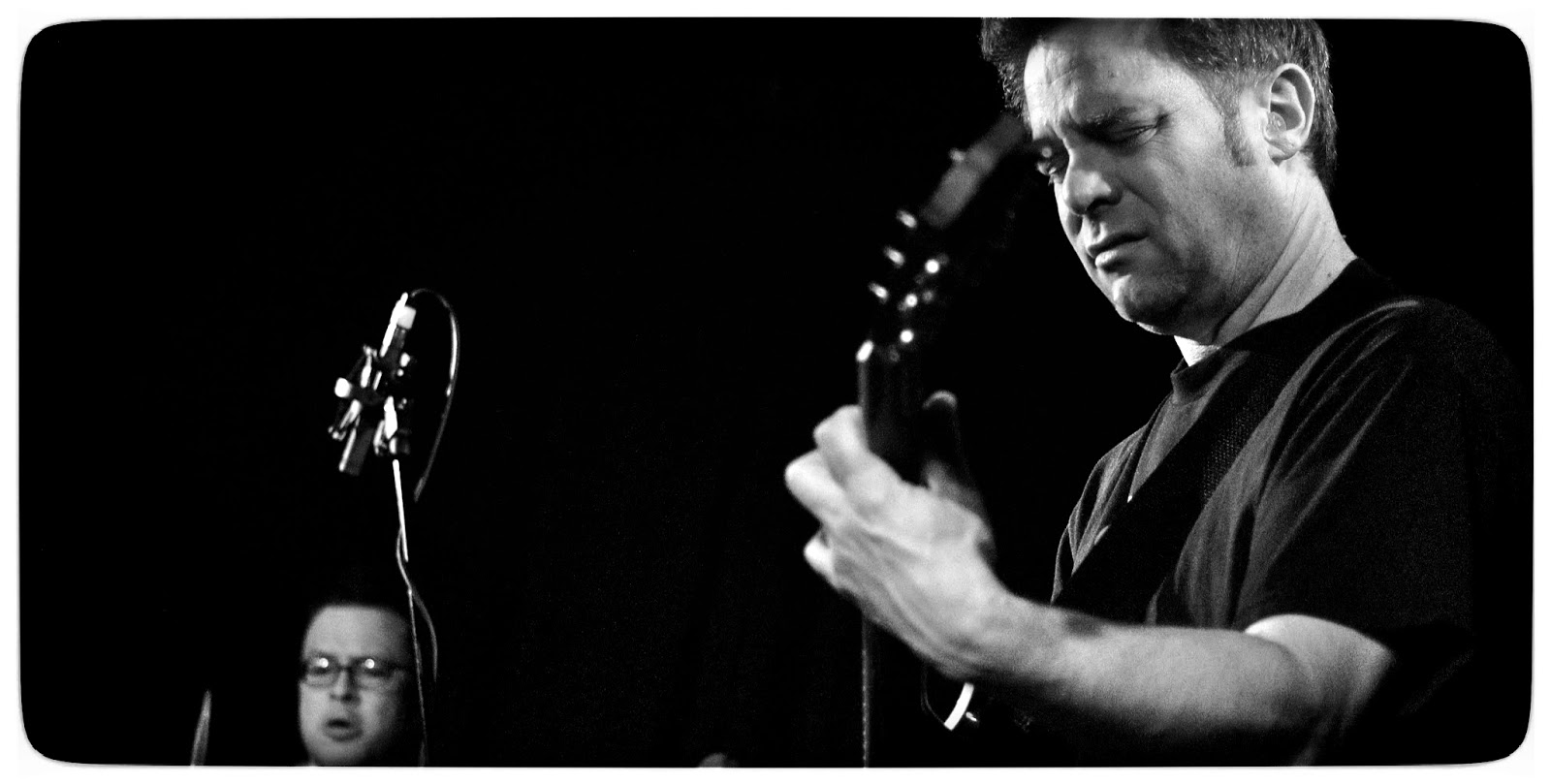 In lieu of a bio here, I’ll just gush. Will has been one of my favorite guitarists since the first time I heard him, in a small Berkeley pub in the early 1990s. He does so much on the guitar, so well, not to mention his heavy skills as a composer. To say that he influenced my guitar playing a little bit would be like saying the moon influences the tides a little bit. —Adam Levy 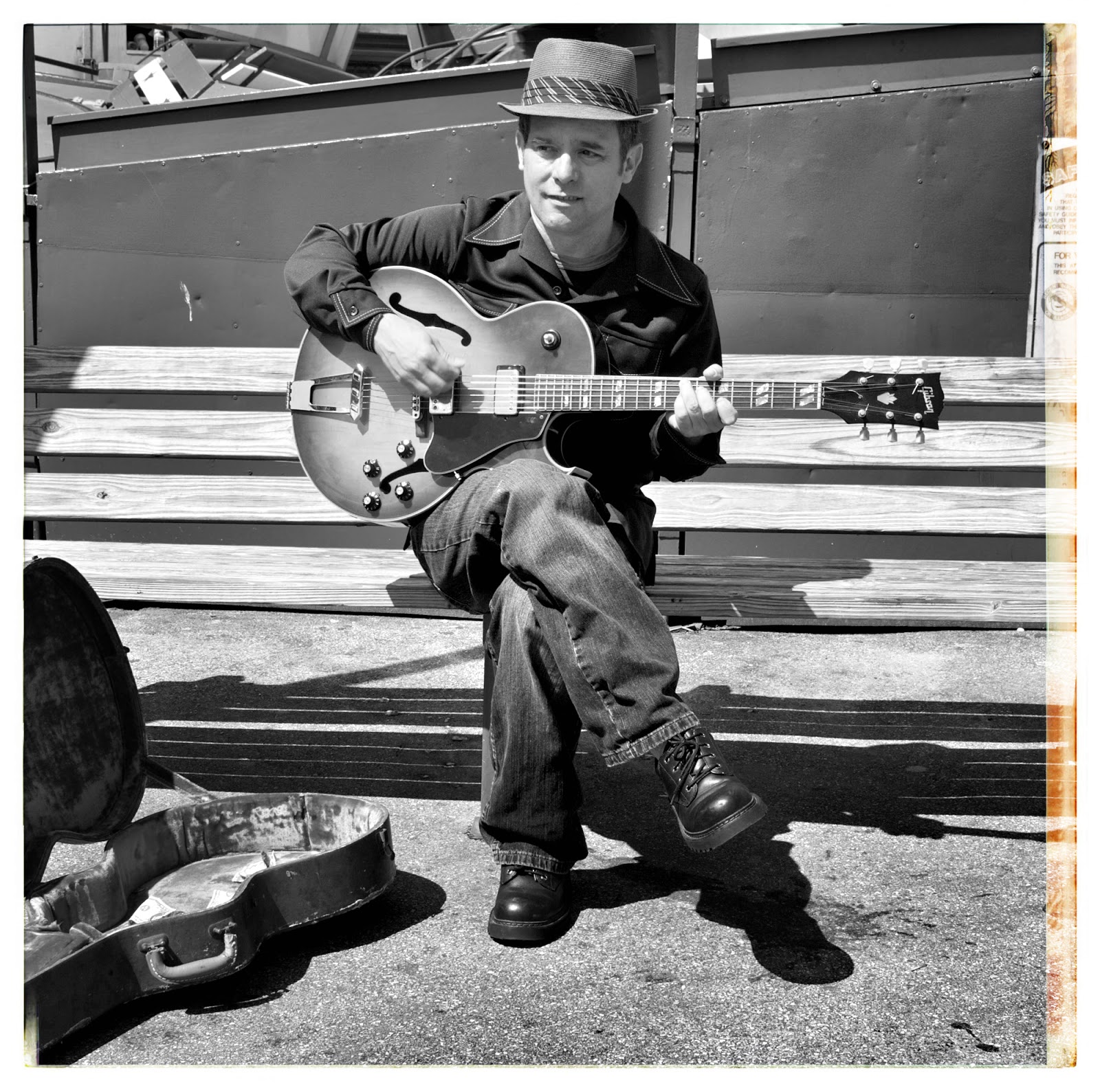 A Berkeley, CA native and recent Brooklyn transplant, guitarist Will Bernard began playing and recording on an international level as a member of Peter Apfelbaum's Hieroglyphics Ensemble, who made their recorded debut with Don Cherry on MULTIKUTI (A&M 1989). Since then Will has participated in a host of boundary stretching groups, ranging from jazz, hip hop and world music to experimental music, with many stops in between. In the 90s Will recorded and performed with many projects under the direction of acclaimed producer Lee Townsend and worked with groups ranging from the Hindustani-influenced Jai Uttal to the political hip-hop group the Coup. The most successful of these projects was the group T.J. Kirk (with Charlie Hunter) whose sophomore album IF FOUR WAS ONE was nominated for a Grammy in 1997. 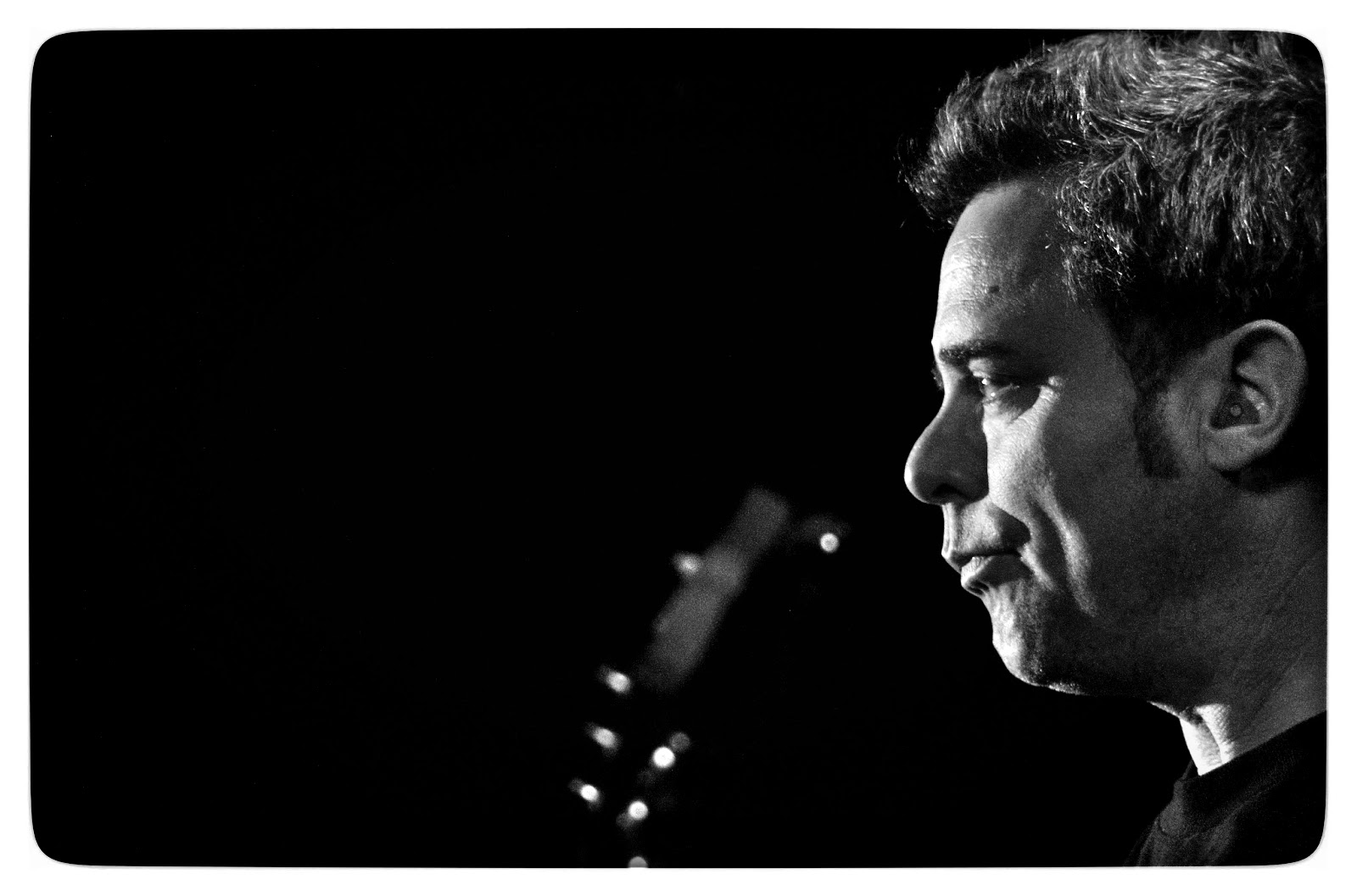 Will broke out as a bandleader in 1998 with the release of MEDICINE HAT (Antilles/Polygram), showcasing his expert chops and flair for funky, bottomheavy soul-jazz. He then followed up with two self produced albums on his own label, Dreck to Disk, before finding a new home on Palmetto Records. Will’s debut recording for Palmetto Records, PARTY HATS, was released > February 20, 2007. Matt Balitsaris, President of Palmetto Records, welcomed Will: "We're psyched to have Will Bernard in the Palmetto family. He's a soulful player who writes groovy tunes with a distinctive point of view. PARTY HATS wants to live in your car." PARTY HATS was nominated for a Grammy Award in 2008 for best contemporary jazz album. 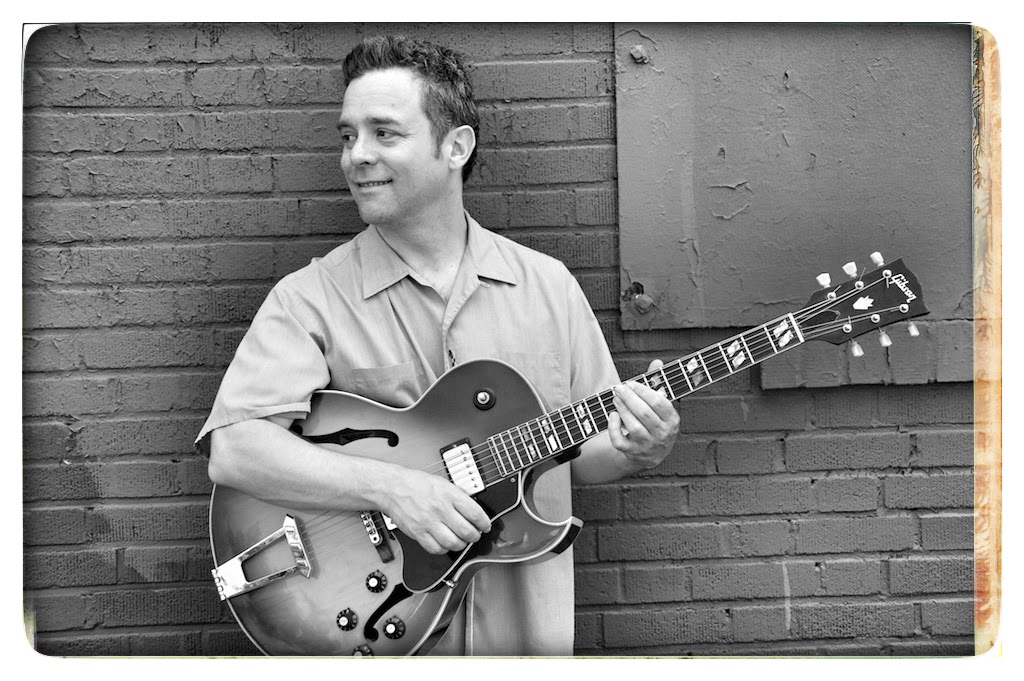 BLUE PLATE SPECIAL, Will's follow-up Palmetto recording, includes performances by Stanton Moore, Andy Hess and John Medeski. The album is scheduled for release on September 30th 2008, rounding out a prolific and momentous year for Will Bernard. As a player and composer, Will contributed to Bernard-Emer-Lackner-Ferber whose recording NIGHT FOR DAY helped to launch artist-run label Brooklyn Jazz Underground in April 2008. Following that, ROCKAMOVYA, comprised of Bernard, members of Groundation and reggae legend Leroy "Horsemouth" Wallace, was released in June 2008 on Young Tree. Will also toured extensively supporting PARTY HATS and the Stanton Moore Trio's second Telarc release EMPHASIS ON PARENTHESIS.

As a touring artist, Will Bernard has been gaining steady momentum, performing in his own band or as a member of the Stanton Moore Trio, Robert Walter’s 20th Congress, Groundation, and numerous other lineups. The Will Bernard band has performed at The Monterey, North Sea, SF Jazz, Bumbershoot, Be-Bop and Brew, Montreal, Vancouver and The High Sierra festivals, as well as clubs across the country and through Canada. They have opened for Herbie Hancock and the Head Hunters, Jimmy McGriff, The Funky Meters, John Scofield, Medeski, Martin and Wood, Ziggy Modeliste and the Charlie Hunter Quartet.

The Stern-Rose-Istomin trio playing Schubert piano trios. After that it was Meet the Beatles, and it was all over.

Eddie Bo’s The Hook and Sling. He’s one of the great unsung New Orleans musicians.

The first solo I learned was Jimi Hendrix’s "Who Knows," from Band of Gypsys. I still remember the solo. It's in a few sections, and sometimes I play it inadvertently when I am soloing on that kind of groove.

My last album, Directions to My House. It represents the broadest range so far of what I can do as a guitarist/composer. I’m also really proud of the new Stephen Yerkey album. It's a humdinger.

There is a visceral feeling of the sound on stage that is different when you play live. You can hear all the other instruments blending into your sound and blending into the sound of what's going on in the room. When you are really on in a stage setting, you can’t beat it.

Playing live is so dependent on the audience. Knowing that there are people out there checking you out adds a whole other dimension. It can be difficult as a leader to concentrate just on the music when you have to think about leading the band and pleasing the audience. On the other hand, the audience can be very inspirational when they are behind you all the way. 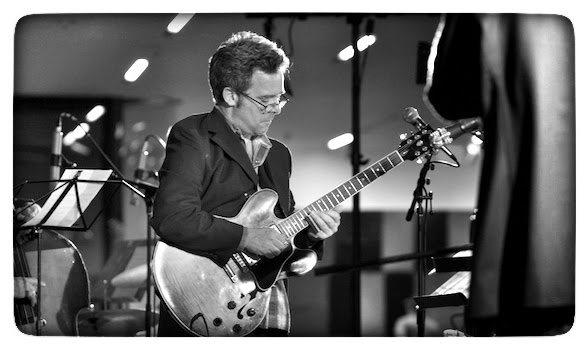 The studio presents other difficulties — like trying to get a good sound, and getting a good headphone mix. It's great, however, just being able to concentrate on the music without having to entertain anybody. You can do it until you get it right. I almost prefer recording to anything else, because I love the art of crafting an album. It seems like an old fashioned concept nowadays, but that is what I grew up thinking was the art form to strive for.

A good gig is when the audience is into it, you are present in what you are doing, and you feel enough in control that you can take a few extra chances. Sometimes it depends on how my instrument sounds. I can really get into it if I love the way my guitar sounds on stage.
I think it's mostly when your thoughts get in the way of the music and you aren't able to be with it 100% that it can be bad. Maybe it's the sound of the room, your monitor mix, the guitar won't stay in tune, the rental amp sucks, or the audience is indifferent.

It’s a very subjective difference. A good guitar has a tone that blooms out of the guitar with out a lot of effort on the player. It has an organic feel to it, like it was meant to be in your hands. I guess I like old guitars best for that reason — because they are worn in like some old shoes. That is a pretty personal perspective though, because there are plenty of brand new guitars that sound amazing — especially when you are talking about hand-made guitars. I also think that part of it is just getting used to something. If you get used to something for, say, 30 years, it's going to feel old and worn in, and you won't know the difference [between good and bad].

Of course. I think you have to, to some degree. In my case, I’ve recently been playing a Maccaferri D-hole guitar on gigs a lot, and trying to play in an old style 98% of the time. For that gig I use a plectrum and try and play super loud, whereas in my trio I mostly play electric and I use a combination of picking and finger-style, and I don't have to push as hard. It's funny, because that's exactly the opposite of what I have been doing most of my life — the acoustic had been the finger-style one usually. With funk bands, I have been doing a lot of Grant Green-style runs that are all picked. That’s also different than how I usually play, but it compliments the Django Reinhardt approach pretty well.

Probably 75% of the gigs I do are on electric, and I have a sound that feels like it's mine. Acoustic is often an instrument I write on. Some day I will bust out with an all-acoustic solo act, sell all my other equipment, and just own one killer acoustic guitar. It's a recurring fantasy. I was trained on classical guitar, so there was a period of about three years when that's practically all I did play.

What's your favorite guitar, and why?

Which living artist would you like to collaborate with, and why?

Geez, I don't have to say just one, do I? I have the abstract side and the soulful side going in my stuff. I like Jim Black, Dave Douglas, Henry Threadgill, and people like that who play really challenging music. At the same time, I would love to get a gig with great singers, like Tom Waits, Dr. John, Tom Petty, Neil Young, Beck, Björk, Joni Mitchell. I would love to do scores for films. Jim Jarmusch, Gus Van Sandt, or some adventurous types of that ilk. I also love dance, and would be happy doing some collaborations in that field.

Which dead artist (music, or other arts) would you like to have collaborated with, and why?

I guess the answer is Miles Davis, because I am pretty sure I would have sounded good with him. There are other artists that I admire just as much — like John Lennon, Duke Ellington, Charlie Parker, Wes Montgomery — but I might have just come back with an ass-whoopin'. Ray Charles would be another one. I can't think of anyone better than him sometimes. Oh, I would have like to have been in Robbie Robertson's shoes in The Last Waltz. Just put me in there like Zelig. While we are at it, couldn't you just paint George out and stick me in there too with John and Paul? Ok, I got it — Sly Stone!! He was the best. Well he’s not dead, but…

I suppose my latest project is my trio, which is about me learning how to fill up the space that I have often let a keyboard or other instruments cover. That is actually a project I have been doing a while. If I say what my latest project really has been, though, it is playing with a million different people. I think the oddest contrast so far was going from a sound-check at a rock club with a reggae band to do an hour at a society ball playing 1920's French music, then back to the gig with the reggae band — complete with costume change! 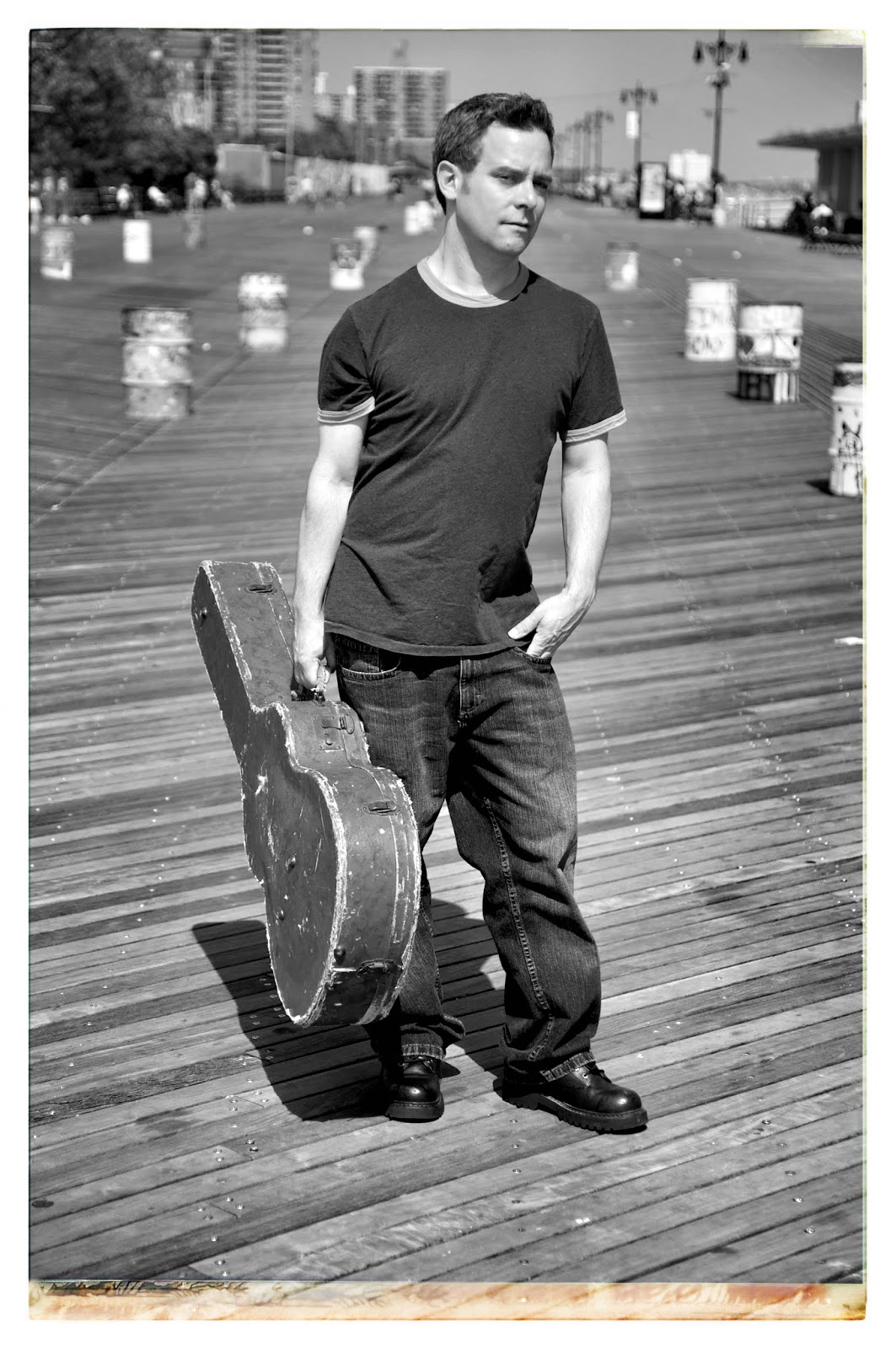 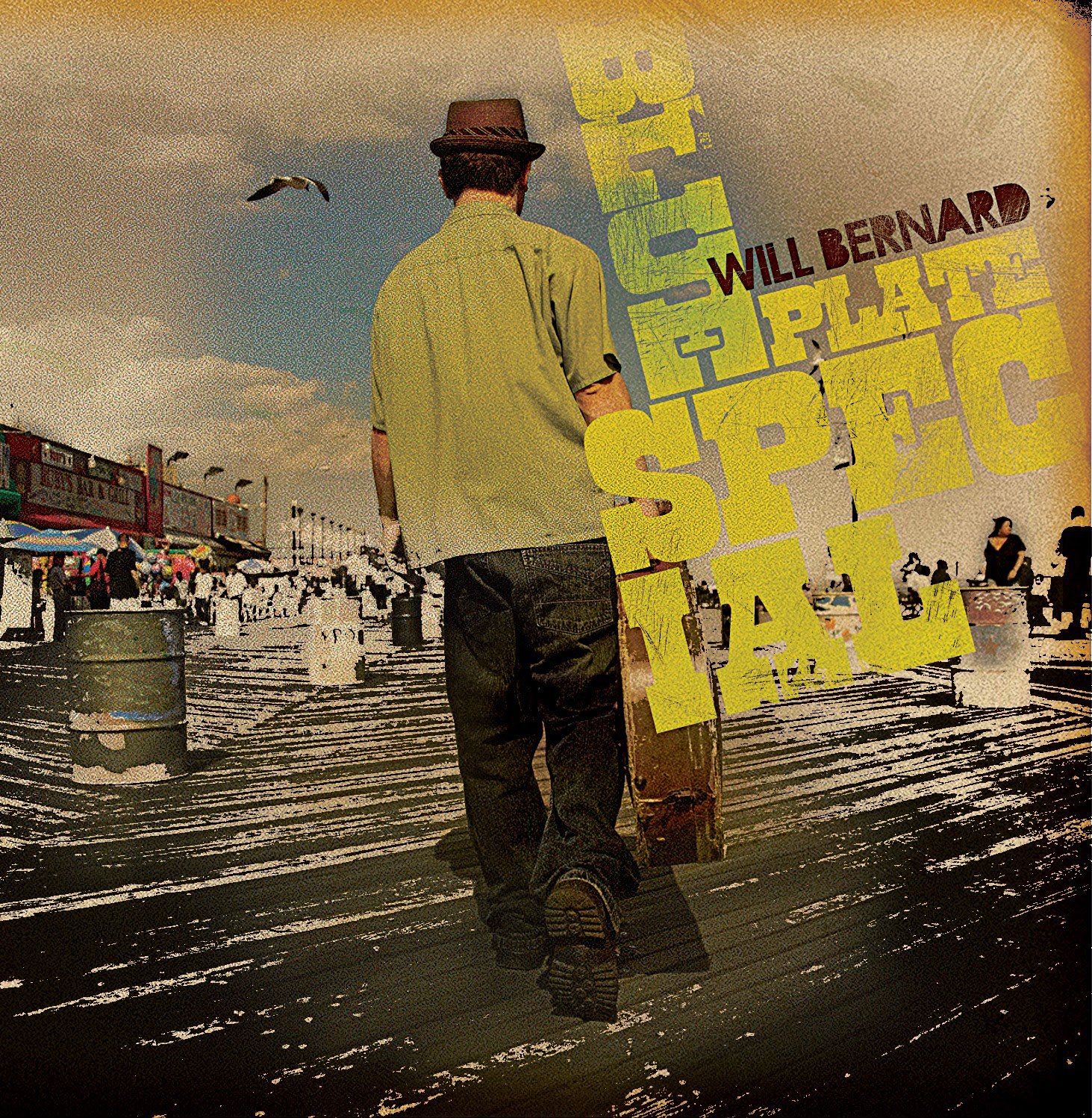 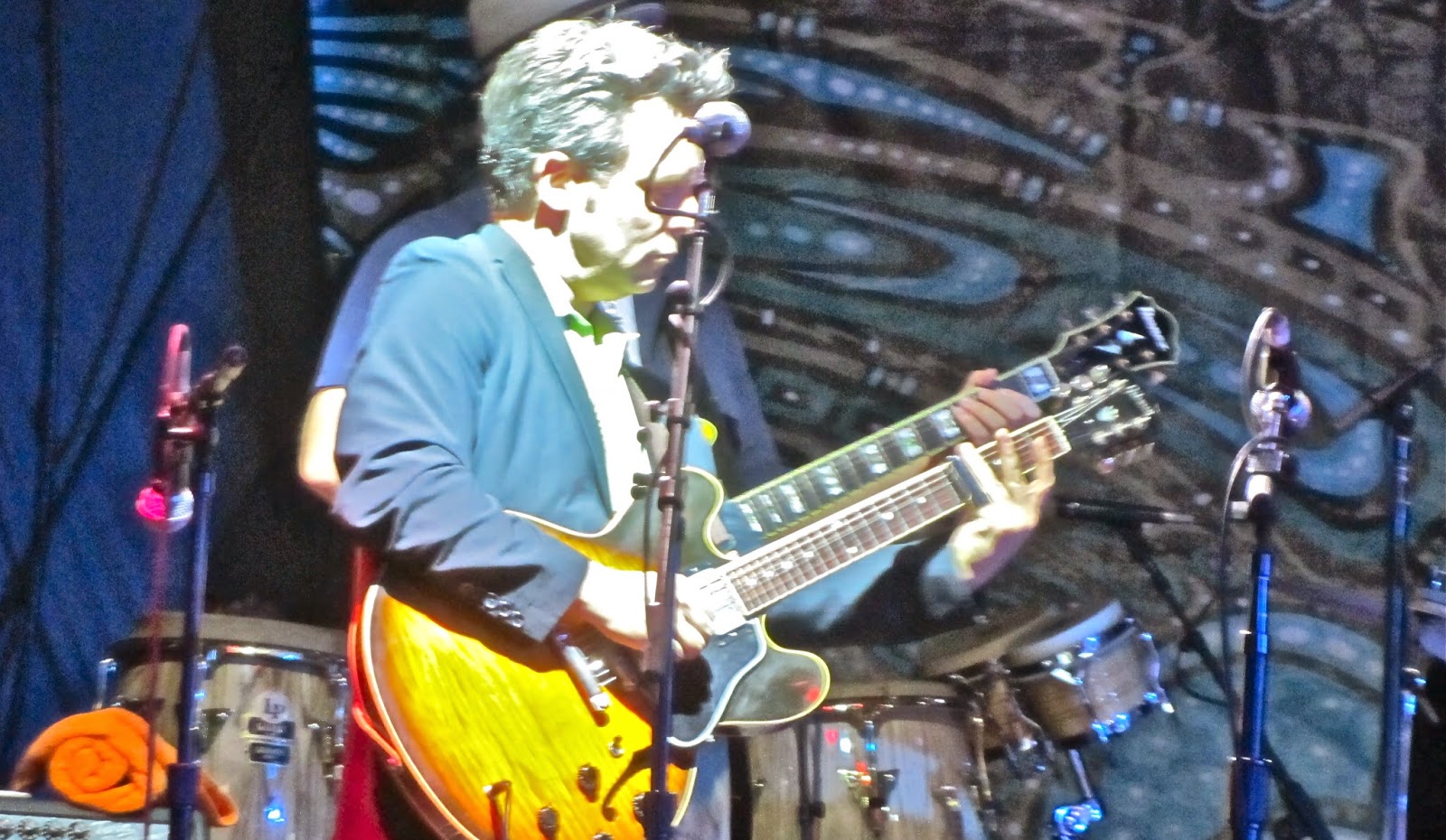