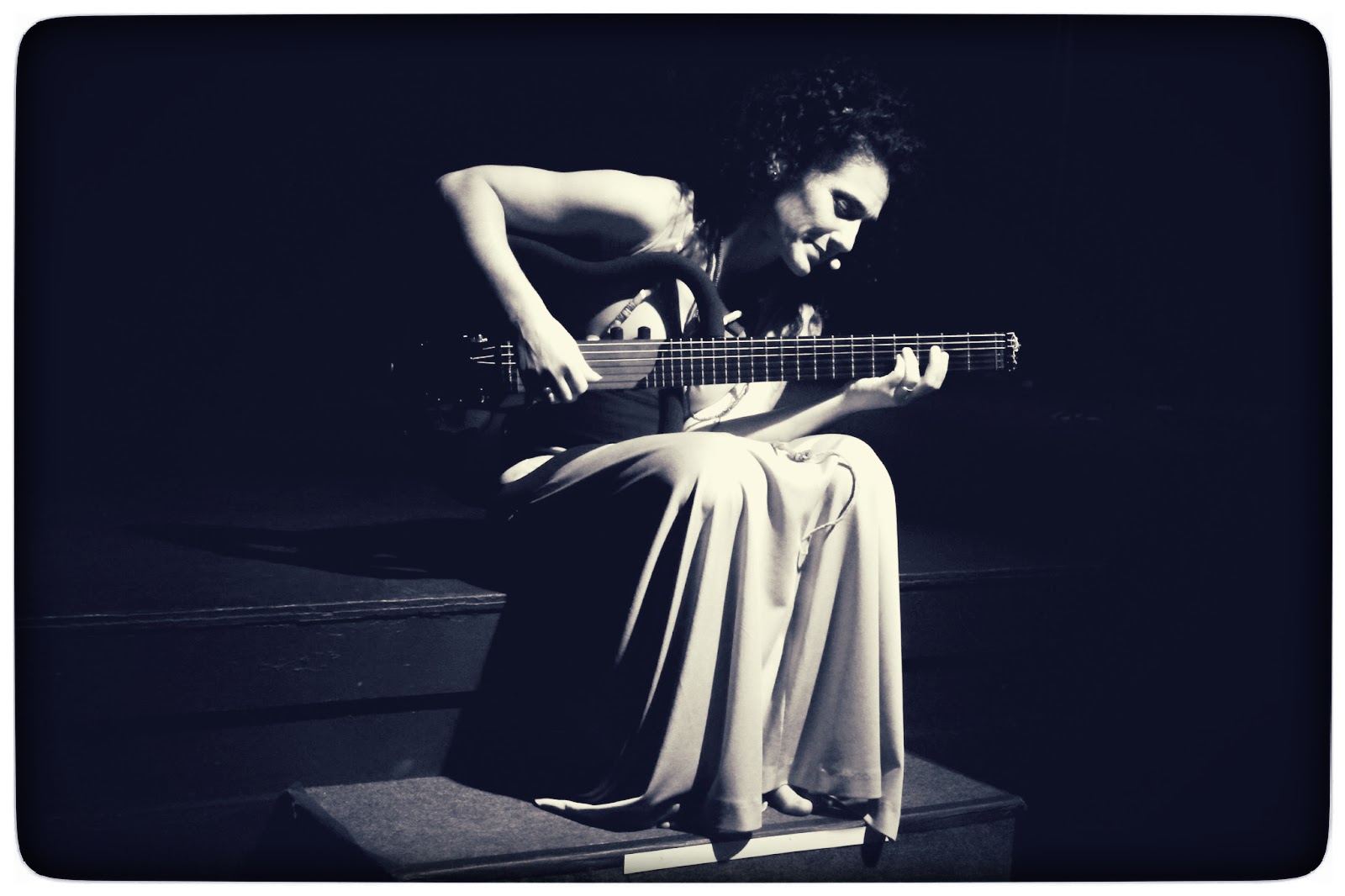 Badi Assad was born in São João da Boa Vista, São Paulo, Brazil. Her early years were spent in Rio de Janeiro, where the family moved to support and develop the budding talent of her brothers, Sérgio and Odair, the famous classical guitarists ‘Duo Assad’. Watching her brothers’ musical development had its effect, and her introduction to music came at her mother’s urging. “I began to learn piano when I was eight, but all we could afford was a little electronic Yamaha which was made for kids, and I practiced on it until my hands outgrew the keyboards.” Her guitar studies began in earnest at age fourteen, playing with her father, an amateur mandolin player. Within that year, she won her first competition at the “Concurso Jovens Instrumentistas for Young Musicians”, in Rio de Janeiro/1984. 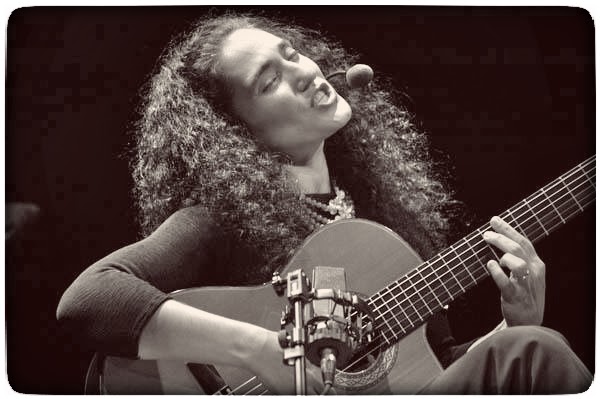 In 1987, at only 17 years old, she was named “Best Brazilian Guitarist of the International Villa Lobos Festival.” A year later, Assad recorded her first solo album, entitled Dança dos Tons which was released only in Brazil. Soon after, Badi was selected out of two hundred women to perform as one of two vocalists in the play Mulheres de Hollanda. The theatrical collage of songs by Brazilian composer Chico Buarque ran five days a week for over a year. Badi began to experiment even further with her voice. It is at this point mouth percussion and rhythmic body percussion became part of this exploration. These elements were intuitively combined with her already impressive guitar approach thus creating excitingly fresh sounds that complemented her vision as musician and performer. 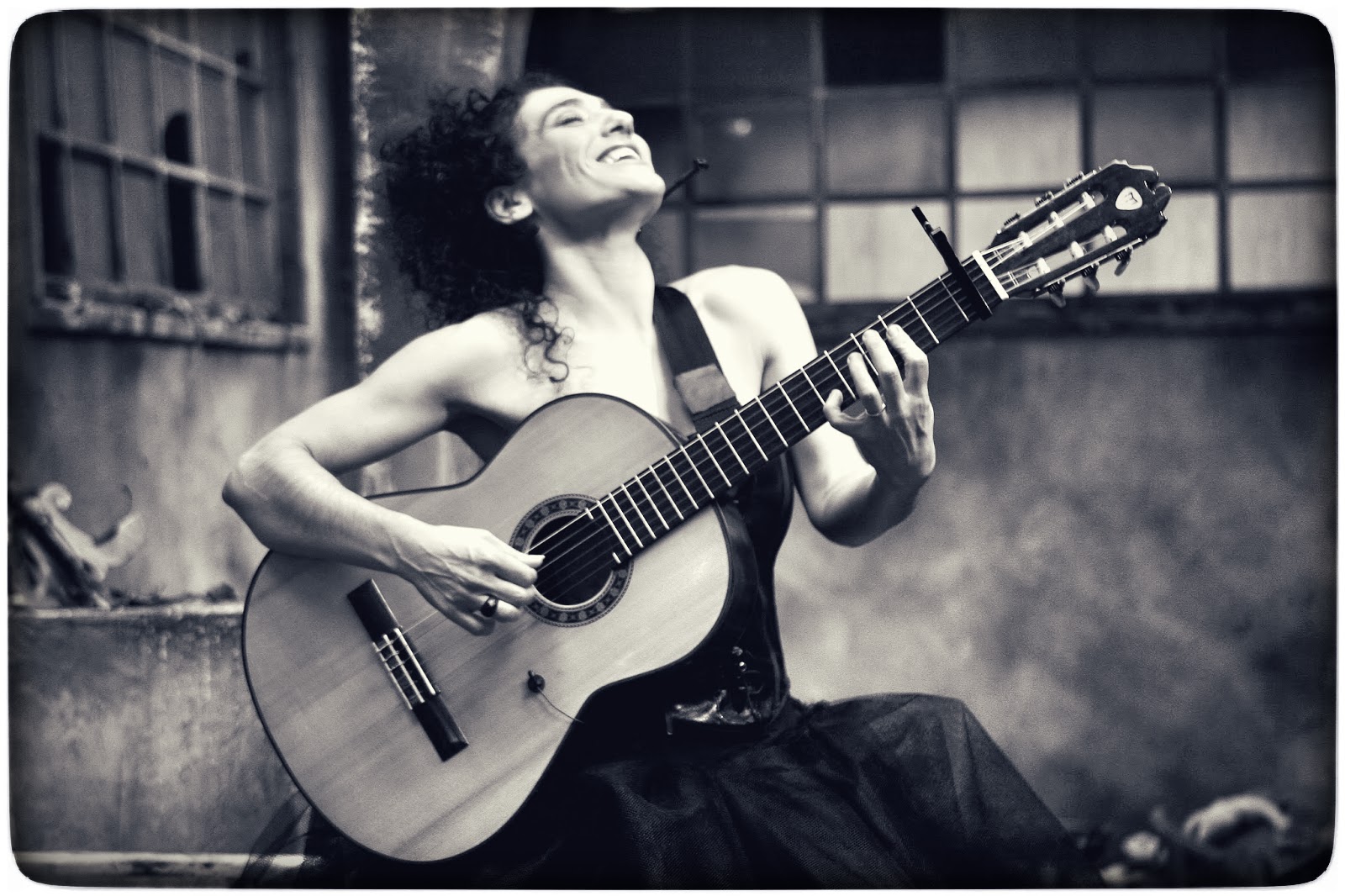 In 1994 came her association with the independent label Chesky Records, with her first album, entitled Solo. Her international stature grew with the release of her second album Rhythms in 1995. The album won Guitar Player Magazine’s Readers’ Poll for “Best Classical Album of the Year” In addition, she was voted “Best Acoustic Fingerstyle Player” by Guitar Player magazine’s editors.
Assad fulfilled her Chesky contract with 1996’s beautiful anthology of Brazilian guitar composers appropriately entitled Echoes of Brazil. Then in 1997, Badi was quickly signed to her first major label contract with PolyGram. The result is the ambitious and critically acclaimed ethno-pop soundscapes of her sophomore album, Chameleon. 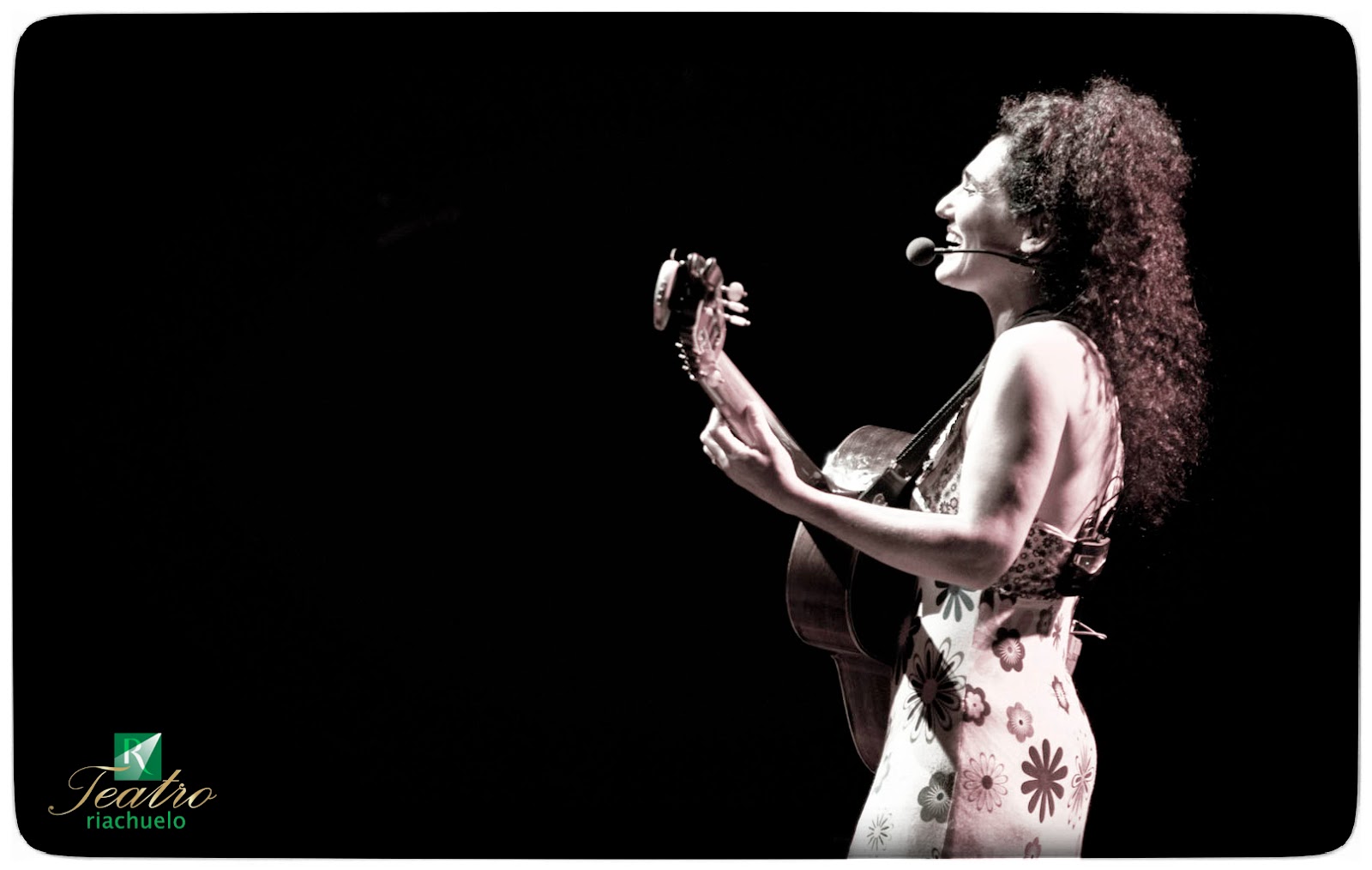 In 2003 she recorded 3 Guitars with the jazz masters Larry Coryell and John Abercrombie, for her former label Chesky Records. In the same year she released Ondas, for GHA, a record label in Brussels, Belgium. In 2004 she signed with the Deutsche Grammophon, releasing 2 albums: Verde (2004) and Wonderland (2006). As Badi loves to recreate songs, she brought in Verde a bossa-nova style to ‘One’ by U2, a tango flavor to ‘Bachelorette’ by Björk; and for Wonderland she brought to her own world songs by Eurythmics, Vangelis and Tori Amos among others. In 2010 Badi released her first DVD Badi Assad, which she and her husband Dimitri Vakros co-produced, where she displays her extraordinary live performance experimentation. 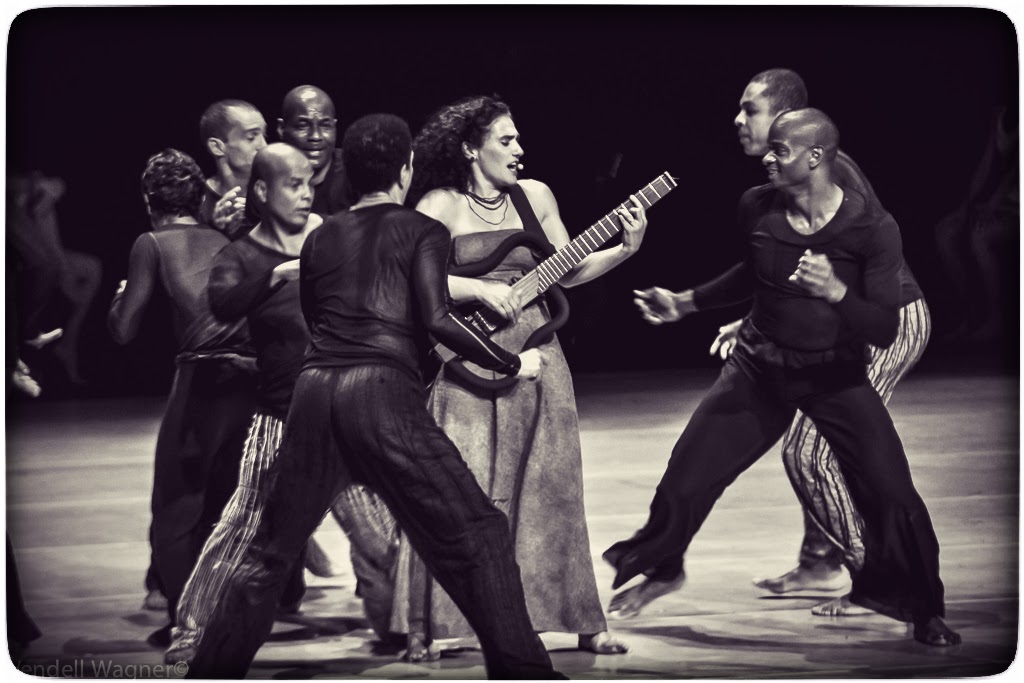 In 2011 Badi started a new project with her brothers Sérgio and Odair plus their daughters Clarice and Carolina, as a Quintet. They have been touring the world. In November 2012 Badi released her first independent and authorial album Amor e Outras Manias Crônicas, through her own label Quatro Ventos. With this project she won the award of Best Composer of The Year (APCA/BR) and was selected among the Brazilian guitar masters of history (Rolling Stones Magazine). 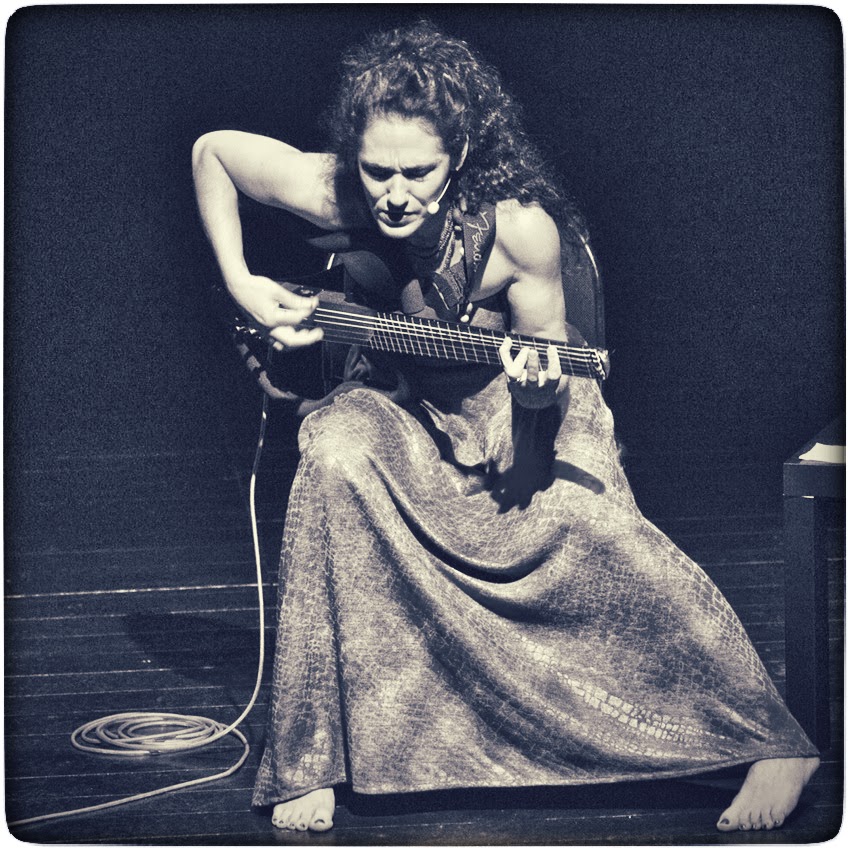 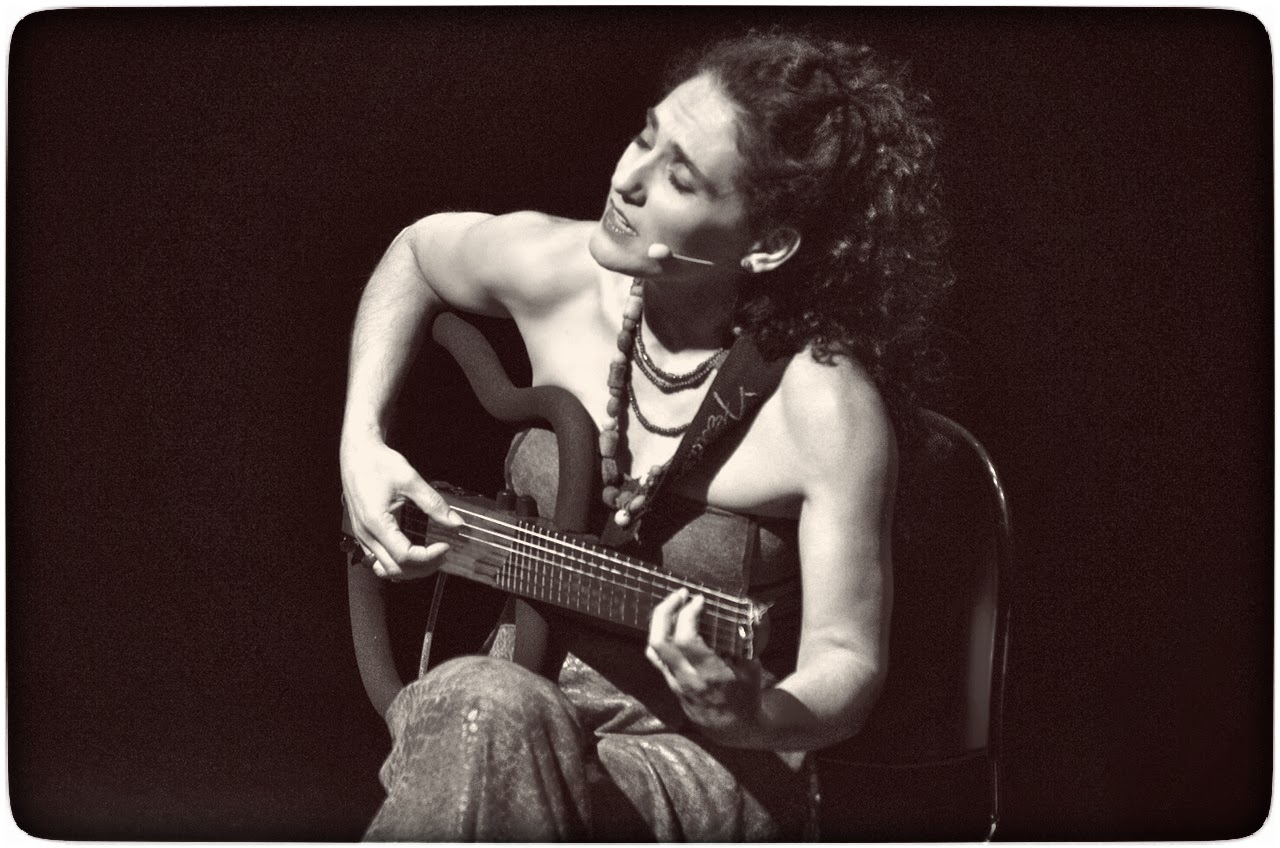 It belonged to my brother Odair. He lent it to me and it's still with me! So i guess it's mine now :) It was a wonderful gift and a remarkable one because it has the mark of his chin in the wood, while he used it to practice. The mark is still there and every time I pick it up I remember him. A good feeling.

What's the main difference between your last and your first concert, in terms of experience?

In some ways the energy was there from the beginning but I grew up… So the difference is between water and wine.

I had the luxury to have my brothers Sérgio and Odair Assad teaching me from the beginning. So all I learnt came from their hearts. They had a lot of patience with me and it made all the difference. I learnt it fast. In less then 1 year I was already winning my first guitar competition. I was 15 years old.

The last one 'Cantos de Casa' - My first production dedicated to children. A real challenge because it's not easy to entertain a child…. You gotta find ways to involve them all the time. Using a different way to write the lyrics,  finding interesting approaches for the instrumentation and arrangements. AND I'm very happy with the results…


Everything that touches me has a potential to be part of my deepest secrets and I'll keep it there... Until an unexpected moment comes and I can use it...

I love both ways because I can experiment different emotions. When I'm solo the breath is only mine so I can evolve as my emotion feels. When I'm in a group I have to flow with the band's rhythms and it feels totally different. I can also explore parts of me that otherwise it's very hard if I'm solo, for example… I can sing without the guitar! When I'm alone I have to play the guitar all the time. What do I prefer? To play solo, just because...

It came from my father: Playing with the heart, not with the mind. Lately from Larry Coryel: Play with freedom!

An album with 2 jazz amazing players Larry Coryel and John Abercrombie '3 Guitars'. As I don't have a lot of experience on pure jazz, I had to come up with a strong individuality to keep up with them!


What quality do you empathize with most in another musician?

Wow! I can't remember! Probably the last one was Homogenic by Bjork.  A long time ago….. And since my daughter was born (7 years ago) I only buy kids records! All of them Brazilians… The last one Pé com Pé by Palavra Cantada.

Records and CDs have been the favourite gifts… So A LOT OF THEM came (and comes) to me that way :)

None… I'm not that loyal with equipments :)

My first album dedicated to children Cantos de Casa. I'm not sure if I'll release it abroad. For now you can find it digitally on itunes….. I'm very happy with it! To work around kids is a blessing…. 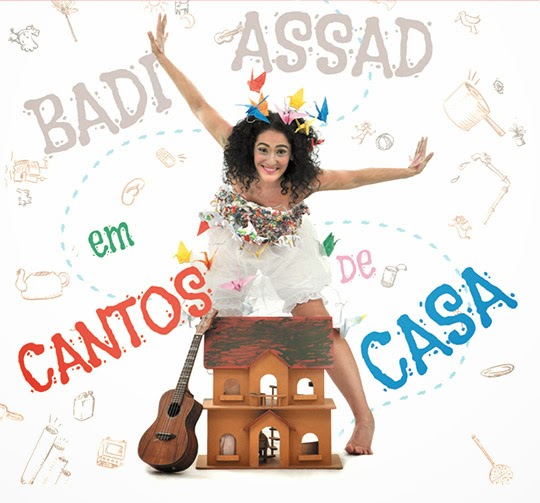 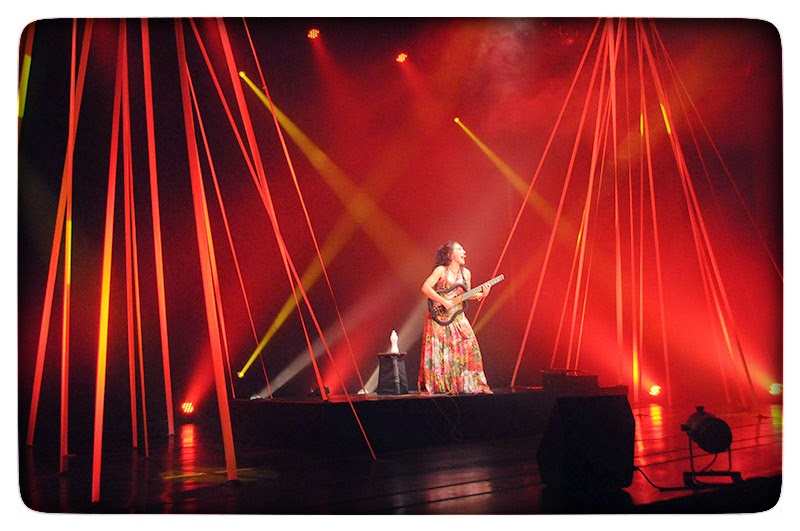 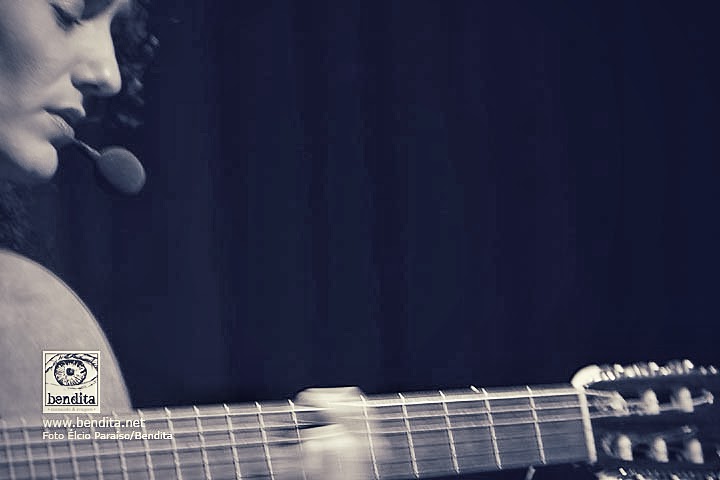