Killick Hinds is an improvising guitarist, composer, and writer living in Athens, Georgia. He plays a variety of unusual stringed instruments with a comprehensive approach to genres known and as-yet-unlabeled. Reinvention has been the constant throughout his creative output. He has toured extensively as a solo performer, and is an active organizer and promoter of lesser-heard music. He ran the record label Solponticello for 10 years, and now runs H(i)nds(i)ght for his digital, vinyl, and written works. Pop-culture mashups and ancient and obscure forms infuse his music; his song titles are integral to the works they embody: they result from free association without censorship, refined and edited until they capture the tenor of a given piece of music…even if the reference remains elusive.

Killick has deeply rooted classical technique as a player, but broadens the possibilities in his music by stretching and contracting phrases temporally, conceptually, dynamically, and stylistically. The effect more closely resembles speech patterns and emotionally-drawn architecture than it does conventional Western music. Despite its eclectic nature, the music is surprisingly familiar and accessible to audiences of all ages and levels of musical involvement.

In addition to solo performances as the One (Sha)Man Band, Killick has three active groups:
Crazy Hoarse is a guitar and drum duo with John Norris; in concert, Crazy Hoarse pulls from rock, soul, metal, folk, and jazz, balanced in unpredictable ways. On record, Crazy Hoarse is a vehicle for compositional exploration featuring guest players from diverse backgrounds.
Thunder O(h)m! is a guitar/drums/piano trio with Brad Bassler on piano and Crazy Hoarse’s John Norris on drums. The guitar in Thunder O(h)m! is the Vo-96 acoustic synthesizer, giving voice to previously hidden information within vibrating strings. Thunder O(h)m! is the most atmospheric of Killick’s groups.

Pocketful of Claptonite is a guitar/drums/piano/bass quartet with Thunder O(h)m!’s Brad Bassler on piano, plus Jamie DeRevere on drums and Darrin Cook on double bass. This group plays what has been called energy music, fire music, or free jazz, with occasional forays into cinematic ambience and driving metal.

In 2012 Killick published his first book, an autobiography about the creative process called The World For A Dying Antidote.

Killick was the co-curator, along with Ken Vandermark, of the Athens Creative Media Encounter (ACME) Festival in 2004, centering around the music of Peter Brötzmann.

Killick has performed and recorded his interpretation of Slayer’s Reign In Blood on his 18-string H’arpeggione, and was a technical consultant and interviewee for the 33 1/3 series book about Reign In Blood by D.X. Ferris. With Pocketful of Claptonite, Killick has performed an Athens-centric cover of the underground classic Franklin Kiermyer album Solomon’s Daughter; Pharaoh Sanders’ saxophone role was played by Killick on guitar.

Killick has appeared on more than 30 commercially released recordings in various styles. Killick’s work as a designer includes his own home, his full-body tattoo project (brought to life by artist Watson Atkinson), art direction with illustrator Neal Williams, a logo for a legal consulting firm, and his own “navigation wheel” logo. Collaborations with instrument builders Fred Carlson and Rick Toone, among others, have resulted in one-of-a-kind guitars to further explore idiosyncratic musical territory. Killick is married, has two dogs, loves to hike, is an advocate for meditation and solar power, and eats gluten-free, every meal.

The last record I bought is a lovely album called Wild Dog by Norwegian singer-pianist Susanna; she emphasizes texture and the slightest nuances of language and sound. The first is harder to recall, exactly, but if we expand the definition of “own money” to include “mom’s money,” then probably Destroyer by KISS by virtue of the scary/instantly beloved cover art.

I recall an awful lot of it; most of it a bright and positive light amidst the emotional storm of adolescence. On reflection, guitar was a perfect fit for me from the beginning, although my interests/needs/desires didn’t neatly conform to the readymade categories of musical experience and consumption that were offered to a young musician in the early ‘80s. I took many paths culturally, but at the core, I feel my “voice” was there from the first time I played at age 12. It just took many, many years to attain a level of fluidity and the confidence to go where the music needed to go.

I’ve never been in the typical sense a big gear person. I have a bunch of pedals that I mostly use in a subtle manner, and sometimes I don’t use any effects at all. My main amp is a Schroeder DB7 which sounds amazing with both acoustic and electric guitars. I also have an SWR Strawberry Blonde, an ultra-portable Mahaffay Little Lanilei head and cabinet, and an even more portable ZVex Nano Head. Over the years, I’ve acquired and then sold guitars and equipment to make way for the next round, so I really use everything I have.

The guitar I’ve had the longest is a Woodsound Studio 7-string dreadnaught-esque steel string acoustic; it was difficult for me to get into the swing of this guitar, but as it has gotten older, and I’ve gotten older, I really enjoy playing it. It’s tuned to standard, but down 2 whole steps (C standard), and has the very low note of G for the 7th string. Bright and lively and great for composing.

I have two instruments by Fred Carlson: the H’arpeggione and Big Red. The H’arpeggione is a modern hybrid of the Norwegian Hardanger fiddle and the obscure Italian arpeggione. It looks like a smaller asymmetrical cello. It has 6 quartertone fretted strings and 12 resonating sympathetic strings.  It can be bowed or plucked, and excels at complex, quiet accumulations of timbre. It is the instrument I have spent the most time with. Big Red came later…it’s a harp guitar with a papier-mâché body and 38 strings: 6 baritone-scale nylon strings on the partially fretless main neck, 15 super-trebles arranged like zither strings, 5 deep-toned sub-basses, and 12 sympathetic strings. Big Red is pretty tranquil despite having so many strings. I’ve had to learn to relax to play it effectively. Both of these instruments have been a huge part of my development as a musician.

I have a Teuffel Tesla electric quartertone fretted 7-string. This has been my only electric for over a decade. It plays beautifully and is one of the best sounding electric guitars I’ve ever heard. It’s my main gigging instrument. I have it in an unusual tuning which means no one else can play it.

My fretless Wes Lambe OM steel string acoustic has a Vo-96 acoustic synthesizer installed. The Vo-96 is Paul Vo’s incredible invention (he also designed the Moog Guitar) that uses magnets to control the vibration of each string. Energy can be added or subtracted from each string, and 16 harmonic nodes can be isolated and emphasized on each string. (16 x the 6 strings of the guitar = 96.) The results are celestial and ethereal, as information within each string that is normally too quiet to hear is highlighted. I have mellowed considerably due to the influence of this instrument!

The album Your Cheatin’ Heart Sutra by my group Crazy Hoarse. I had a serious car accident in March of 2013, but thankfully I’m now okay. I was still healing physically and psychologically in October of that year, and one night a not-entirely-metaphorical floodgate opened up, spilling out various approaches to music and life and love that I’d been neglecting for fear of embarrassing myself, or more accurately, for fear of revealing too much of my soul. The first song on the album, Celestial O’ Person (on the death and requested exhumation of Tom Carvel), composed itself in an hour. The rest of the album came together in similar fashion. My musical partner John Norris was in supportive lockstep with this exciting new turn, and for that I’m grateful. And I really like the collection of recordings I made when I first got the Vo-96, which I call “standalones”…the music went to very different places for me.

My older cousin Heather was a rarity in the early 80s. A female shredding guitarist who could play the music of Randy Rhoads quite well. I was fascinated with music and sound from an early age, but her enthusiasm and devotion hit a crescendo at an impressionable time in my life. My first real musical goal was to play along with Rock You Like A Hurricane by Scorpions without fatigue taking over...hard stuff!

From design to resource extraction to manufacture to setup and marketing, everything factors into how a guitar feels, plays, sounds, responds. The more love and attention given every step of the way, the better.

It’s incredibly easy to share music these days, which is revolutionary and a good thing, generally, but some of the specialness of discovery and the time for reflection seem a quaint artifact of a different age, which I suppose I miss.

I think you said it best…it’s an image, a quote, a metaphor, and a dream…

What is the best thing about playing a guitar….and what is the worst?

All the fuss of abstract concerns or thoughts about what to do with a guitar melt away when I simply play one. There’s nothing bad about this!

I don’t know that I need anything per se, although what I prefer is something made with careful attention to detail.

Nearly everything I encounter sound-wise, whether nature or human-made sounds (including what we call “music”), changes me. But the deep chanting of the Gyuto monks is a sort of background to everything I do…the closest sounds I’ve heard to just being.

My trio Thunder O(h)m! has a vinyl-only release called Catuskoti which I’m very excited about. Hopefully it will be out before the end of the year. It’s languid, jazzy, and meditative. It might hold a clue as to where my music may go. I’ve been playing for 30 years, and I finally feel free to just ease into things as they come. No more sharp edges. Well, maybe a few! But I won’t really know until it happens. 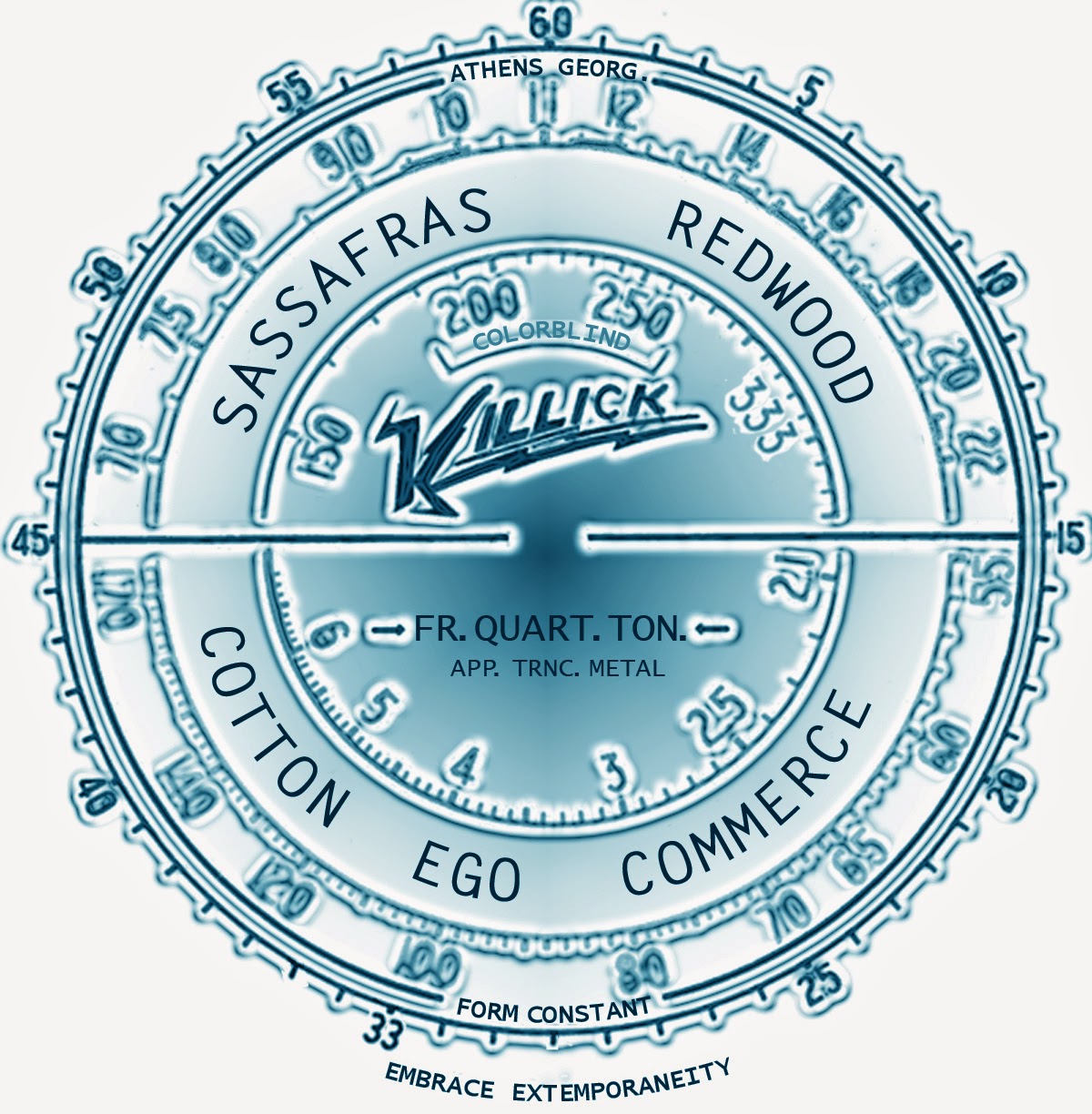