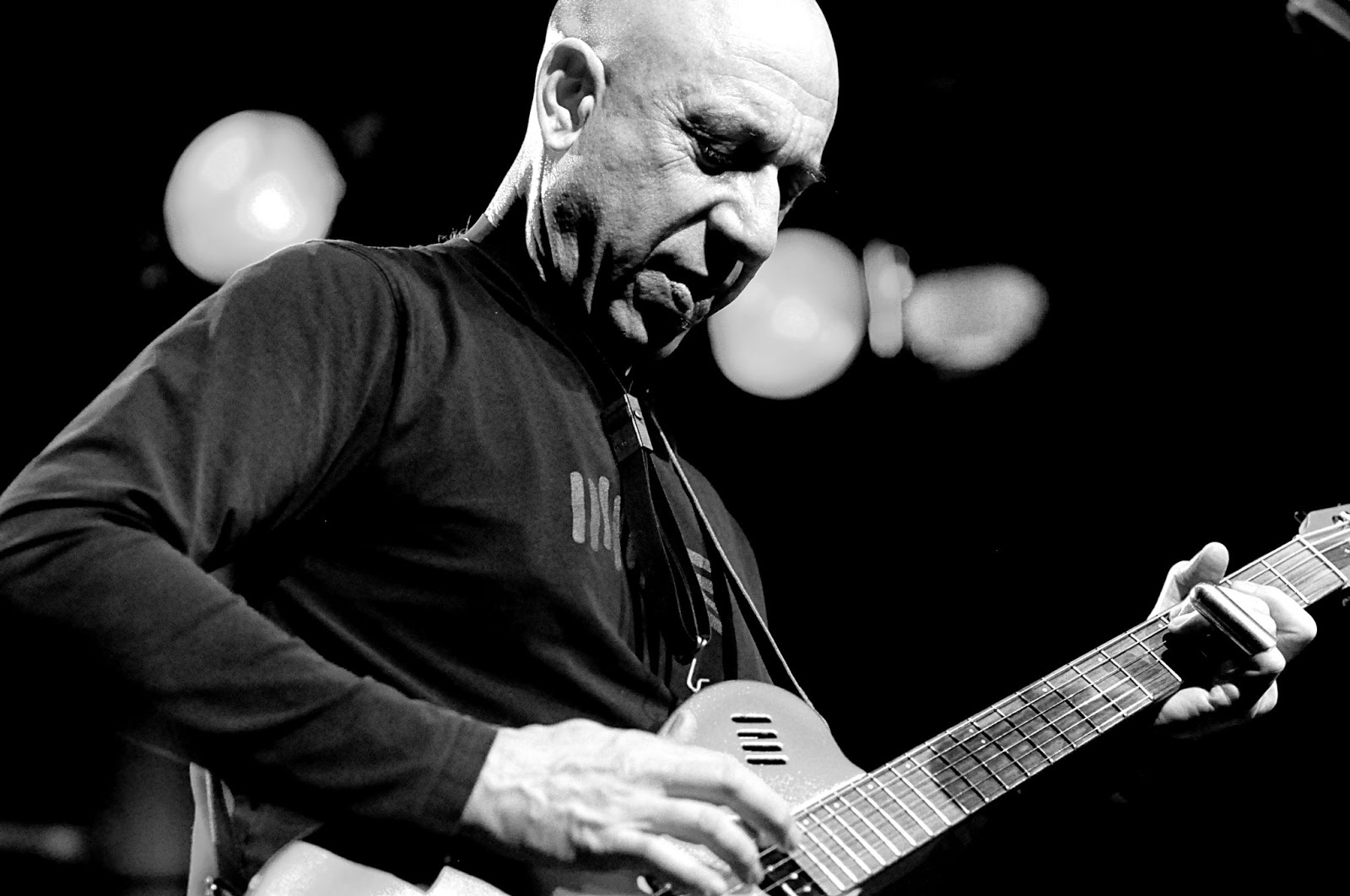 Elliott Sharp is a multi-instrumentalist and composer who plays electric guitar, steel guitar, bass guitar, soprano saxophone, bass clarinet, and other instruments. Sharp studied music with Morton Feldman, was one of the first to use samplers and computers in performance, and is also an inventor of new instruments (eg. a combined string-percussion instrument called a Pantar, basses with movable bridges known as Slabs, etc.). His music is as influenced by Mandelbrot sets, the Fibonacci series, and chaos theory as it is by heavy metal rock (eg. his CD "Datacide"), Morroccan, klezmer, and contemporary classical music (eg. his string quartets "Hammer", "Re/Iterations", "Shapeshifter". "Twistmap", and "Tessalation Row"). For his Roulette TV performance, Sharp creates two improvisations, "Noospheric" for saxophone triggering electronic and percussion samples, and "Spliny Thicket" on his original eight-string guitar that also triggers samples and is processed digitally. In the subsequent thought-provoking interview, Sharp relates how mathmatics in his music changed the way he heard tuning and structure. He describes "Syndicate", a score played by his orchestra Carbon based on 144 composed fragments and a set of rules that has to do with lateral transmission of information, like the activity of flocking birds, African choir drumming, or large-scale quantum interchange. He draws a parallel between musical performance and Douglas Hofstader's concept of the "meme", or an idea as a virus introduced into the world.