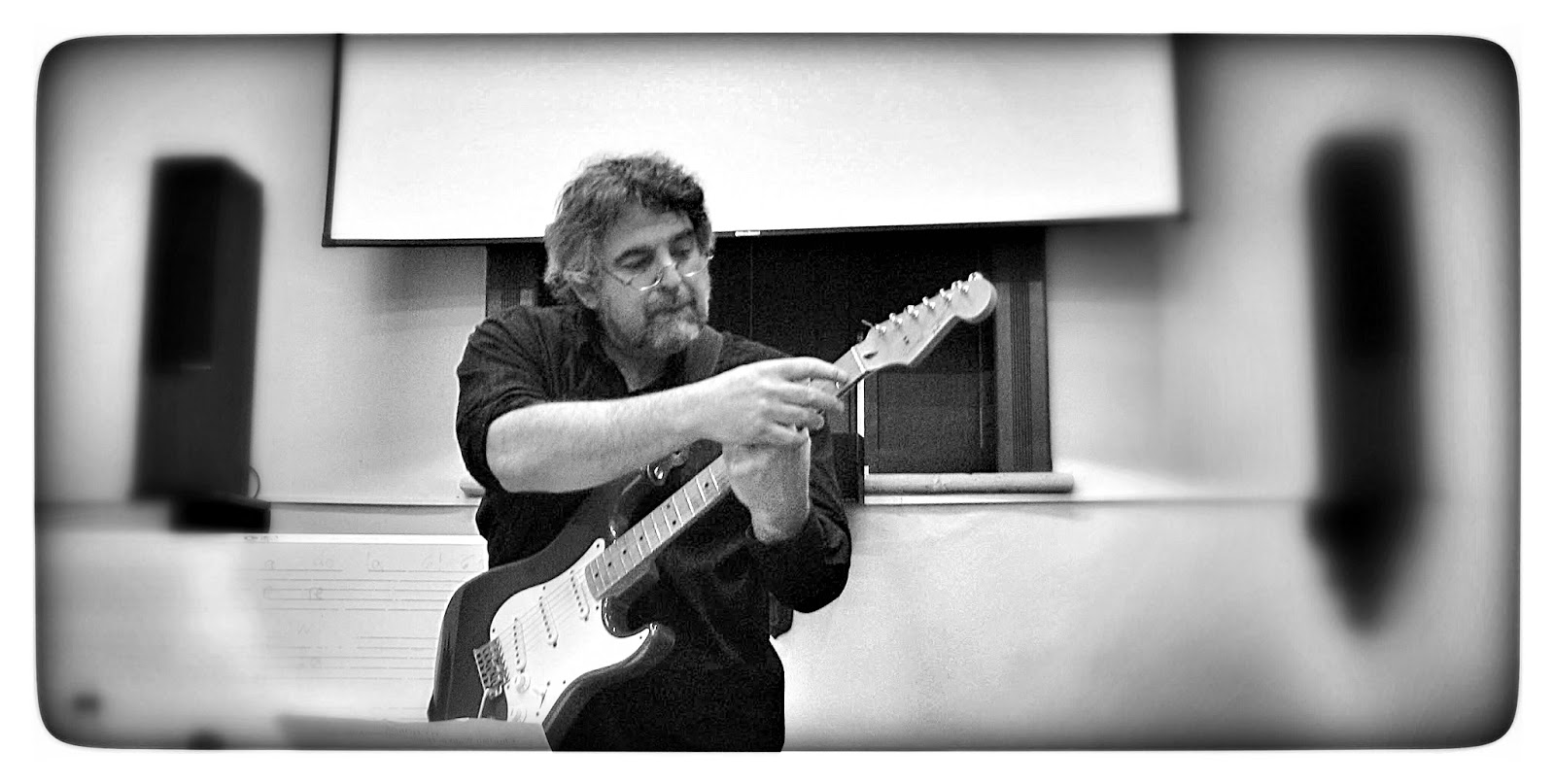 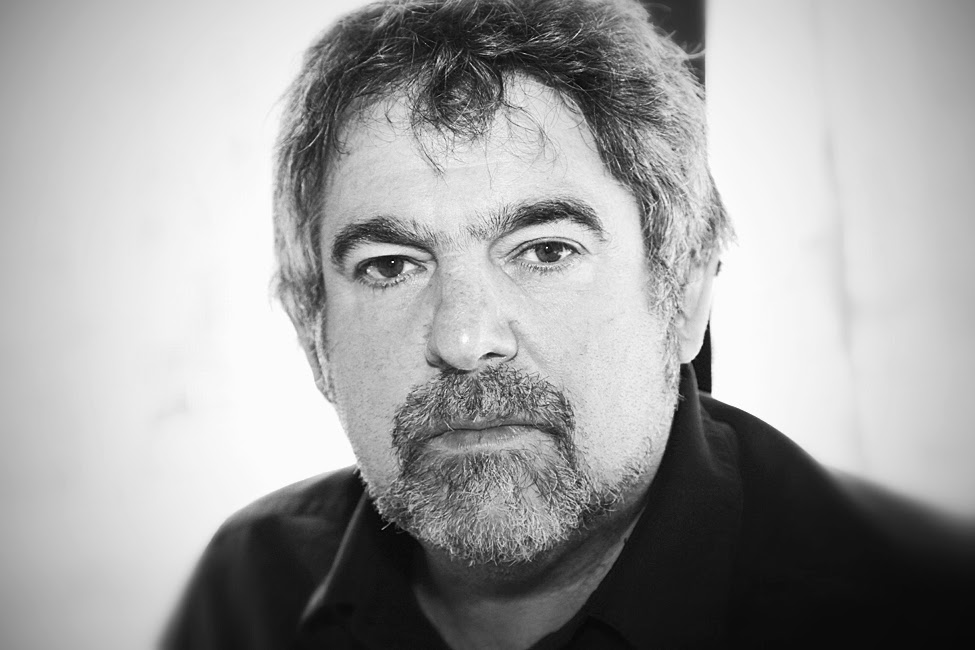 His five solo CDs are available on New World Records, Artifact, and Cold Blue, and his music is widely anthologized on many other labels. His own works are performed frequently around the world.
From 1980-90 he worked at the Mills Center for Contemporary Music, where he was one of the co-authors (with Phil Burk and David Rosenboom) of the computer music language HMSL, and a contributor to the widely-used program SoundHack (by Tom Erbe). 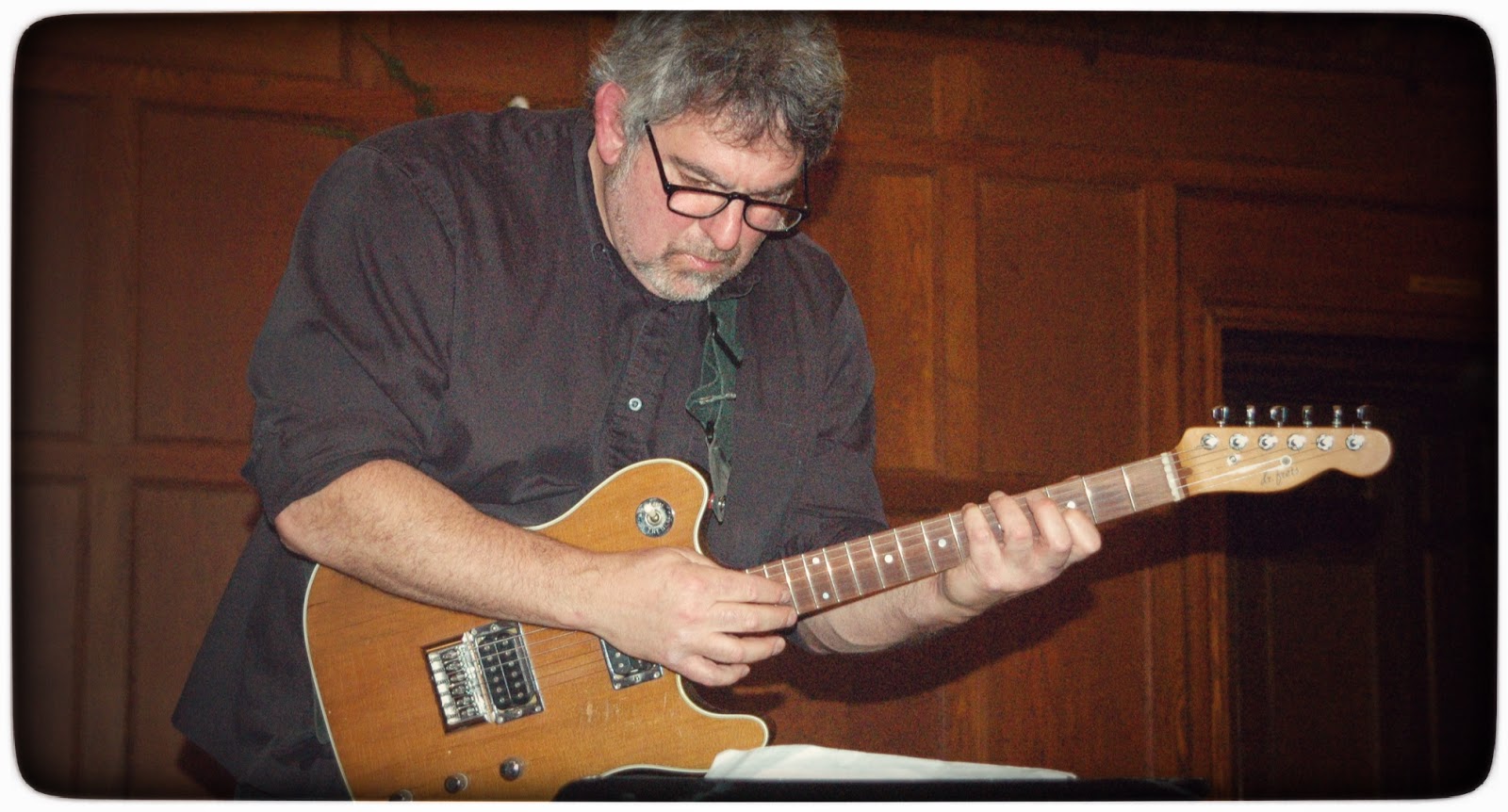 His articles are published widely in journals such as Perspectives of New Music, the Journal of Music Theory, the Computer Music Journal, the Musical Quarterly, Leonardo and the Leonardo Music Journal (of which he was the founding editor), as well as many other publications. He is the editor of around 20 the scores of Johanna Magdalena Beyer, as well as scores by Ruth Crawford Seeger and others. In 2004, at the request of Crawford Seeger’s estate, he completed and edited her major monograph The Music of American Folk Song (published by the University of Rochester Press). His writings on American music include works on James Tenney, Crawford Seeger, Lou Harrison, Beyer, and many others. He is also the co-author of Music and Computers, a web-text published by Key Publications.

He is the recipient a number of prizes, commissions, and awards, including Guggenheim, Fullbright, and Mellon New Directions Fellowships, as well as the inaugural recipient (with David Behrman) of the Henry Cowell Award from the American Music enter. 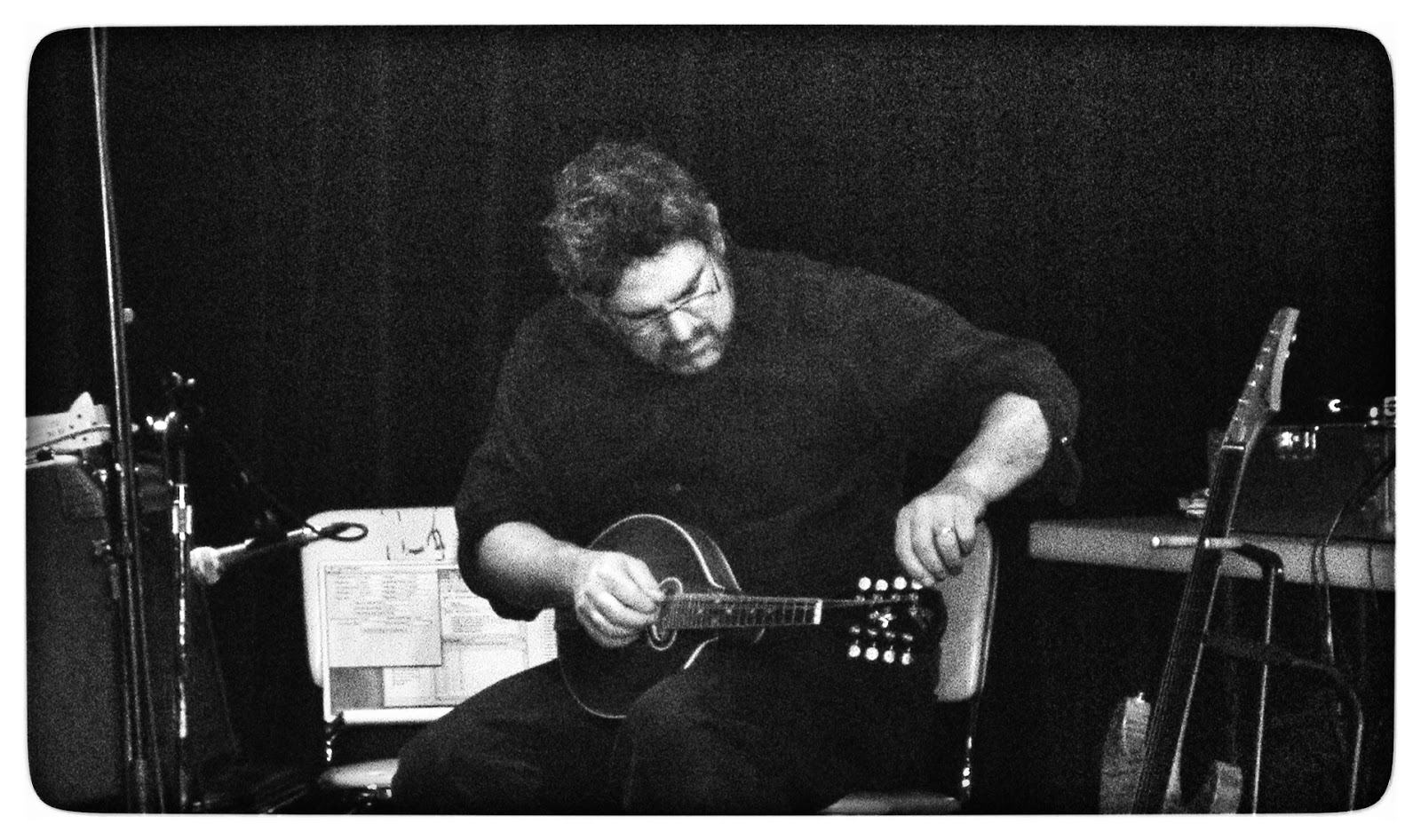 As a performer, primarily as a guitarist and mandolinist, he has premiered and recorded a number of important contemporary works, by Christian Wolff, James Tenney, Lou Harrison, Lois V Vierk, Ron Nagorcka, Daniel Goode, David Mahler, and many others.

He has been a member of many contemporary music ensembles, including serving as the curator for the Downtown Ensemble for a number of years, and as one-third of Trio (with Kui Dong and Christian Wolff) for over a decade.

No. That is, I can’t, or more precisely, have no interest in describing a particular one. All sound “experiences” (though I don’t know what that means, because all sound is experience) have contributed and continue to contribute to me being a musician (even the chain saw I hear outside my window as I write this). I will say, however, that my interest in the form and the poetry of sound seems to me very much linked to my early experiences with language, and my endless fascination with speech and language (including non-spoken languages).

It was always two pronged: emulative and exploratory. I was blessed with a few teachers (though never for very long) who were extraordinary role models as humans, artists, musicians and guitar players (in that hierarchical order). I gained a lot simply by being with them, trying to figure out not what they did but how they came to be unique, what drove them artistically, and
consequently, how that manifested on the instrument. I tend to be very ruminative and analytical by nature, and also deeply distrustful of convention and authority, and so I would take my “experiences” with other guitarists back to my own private place, and use those as bases for my own exploration on the instrument.

How would you define "silence"?

Happy, fascinated, tolerant, kind, respectful of my own ignorance. As is, I hope, my relationship with all art, ideas, people, and the world. At least that’s the goal.


What would you enjoy most in a music work?

Sincerity, artistic integrity, newness (I am a xenophile, as are we all evolutionarily, I believe, but we are taught not to embrace this), and a sense that the musicians/artists/composers have thought and worked much harder on what they are doing — intellectually, emotionally, creatively — than I can by simply listening. I enjoy music most when I am 1) writing it or playing it
or 2) humbled by it.

If you could, what would you say to yourself 40 years ago, about your musical career?

Well, since I’m getting old, and would like to retire someday, I’d probably say “Larry, you idiot, don’t trade that mid-60s gold Les Paul Custom for the Gibson 175 (with the crappy tuning pegs)”!

All guitarists are gear heads to some extent, and I’m no exception. But I don’t use very much. I rarely use anything more than a volume pedal when I play electric guitar. The sound and technology I’m most enamored of is fingers on strings on wood. Whatever I use tends to more or less boil down to that.

Simple love of playing, and the idea of having a never-ending conversation with oneself on every idea, every note, every sound. I empathize greatly with those musicians in whose every sound you can sense that they are on a journey, and very much aware of that journey. I am less interested in music in which I sense that the musician feels they have arrived, and are satisfied with that.

As a composer, I’ve been lucky to have close friends and mentors who were much older than me, and who have given me important advice over the years thru their words, actions, and music. As for the guitar, Mick Goodrick asked me, when I first met him (I moved to Boston for a summer, when I was quite young, to study with him): “How much do you practice every day?” At the time, I was uncharacteristically practicing a lot, so I said “Five to six hours a day.” He said: “Stop that. Just take walks.” Chuck Wayne, to whose home I would travel about 2.5 hours in either direction on public transportation, told me something like “Wherever you are on the guitar you should be able to do anything.”

That question answers itself.

I write, I play, I compose, I think about music. I edit, I publish, I teach, I try and make things happen that are good for people and good for the world. I get up every day and try to make a contribution, and try to have a lot of fun. The older I get, the more I try to make sure that a good part of my day is spent with an instrument in my hands, being thankful that my life allows me the great pleasure of having my fingers on strings. Recently, I’ve been playing May Aufderheide’s “Dusty” in a nice duet arrangement for mandolin and piano with my partner Amy. 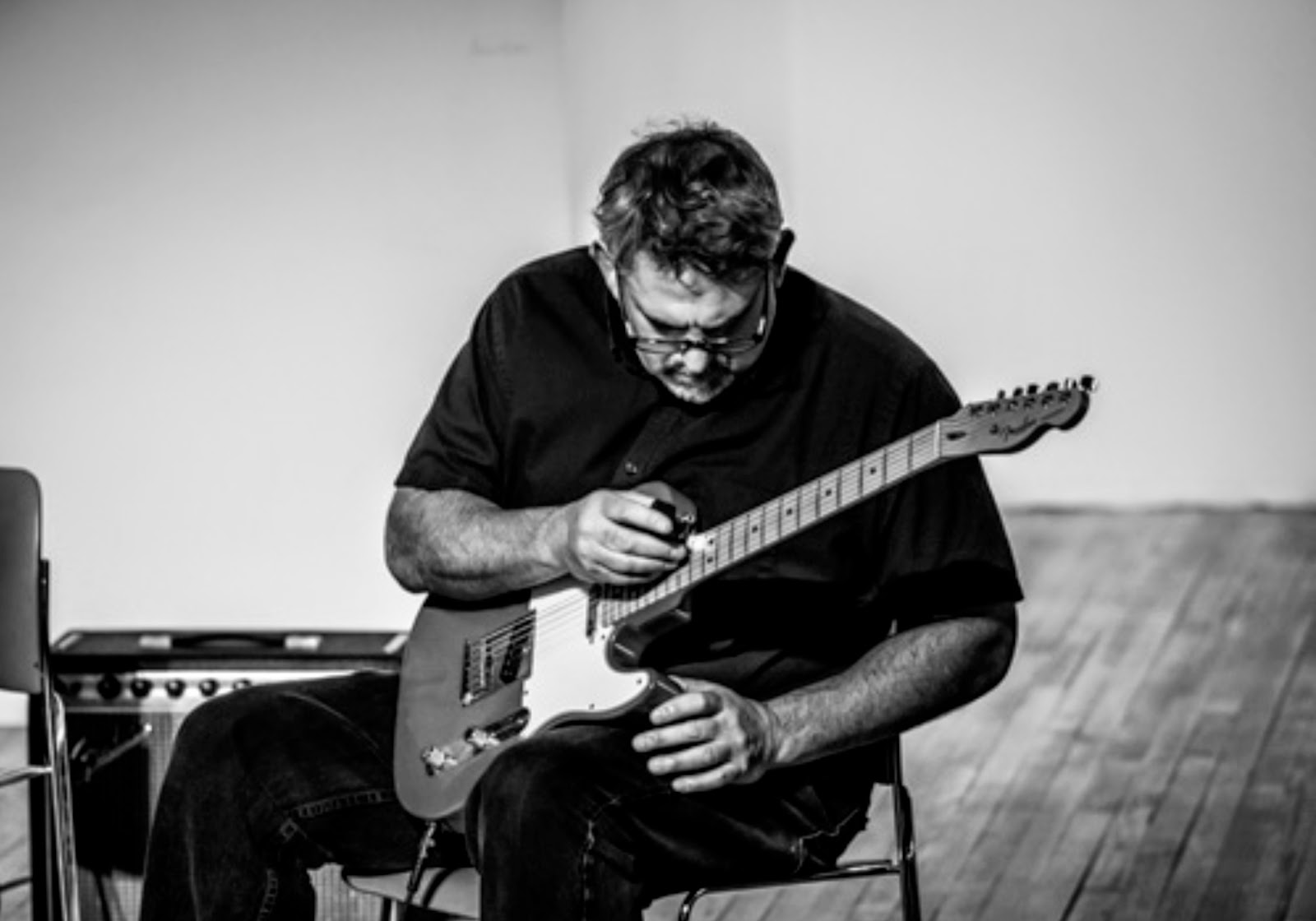