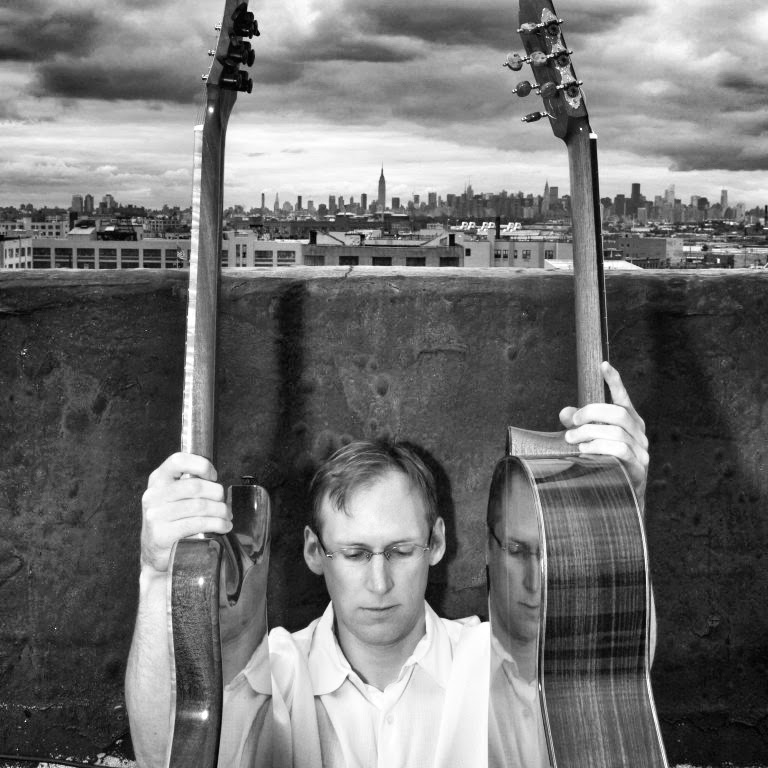 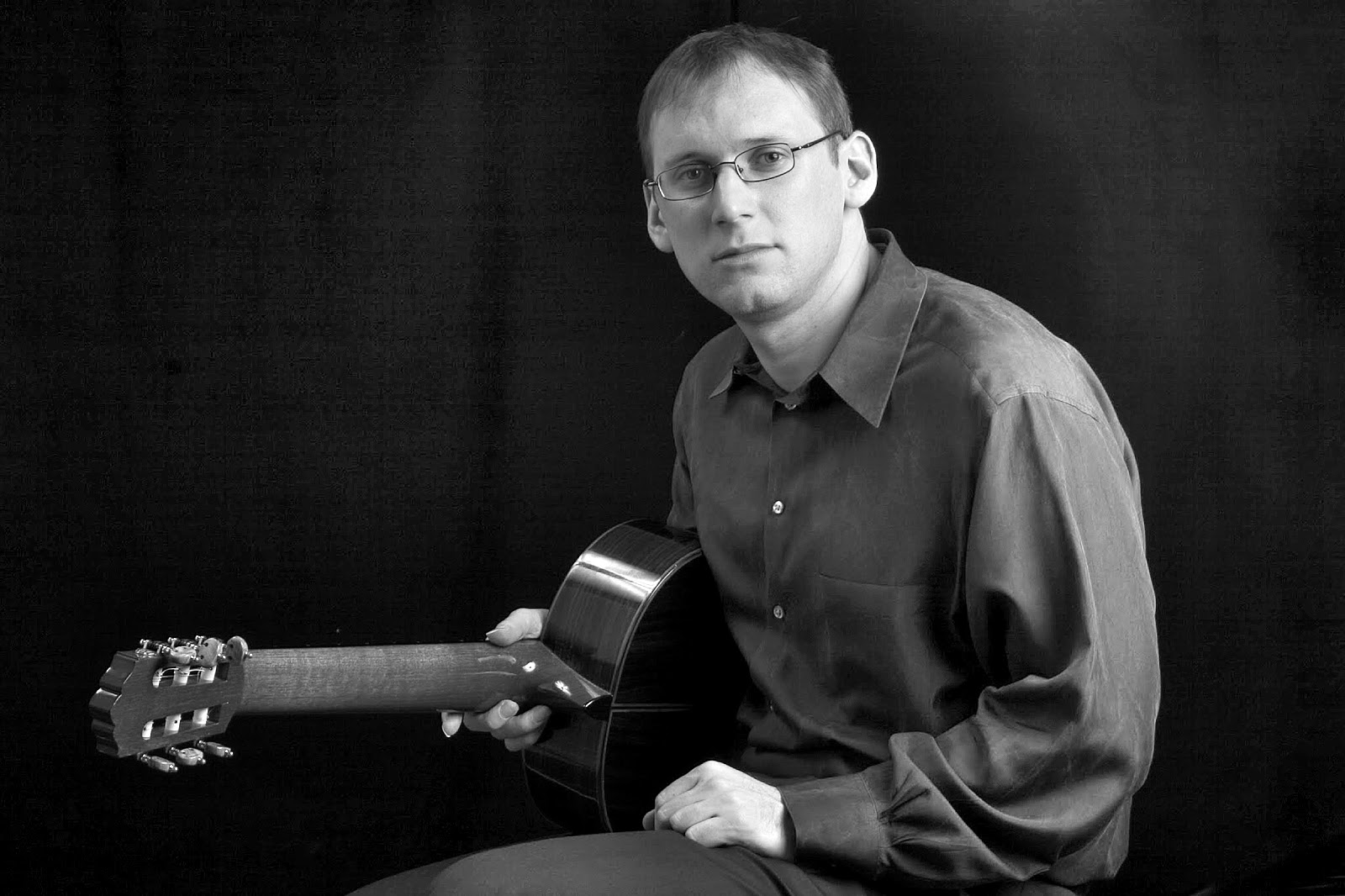 Highlights of his 2014-15 season include solo concerts for the Sinus Ton Electro-Acoustic Festival in Magdeburg, Germany and the University of Texas at San Antonio, with recent season highlights including recitals in San Francisco, New York, Cleveland, Philadelphia, and Reykjavik, Iceland, at venues ranging through guitar organizations, new music series, and alternative venues and clubs. Lippel has worked with many eminent composers on their solo and chamber repertoire, including Mario Davidovsky, Nils Vigeland, Ursula Mamlok and John Zorn, and played under the batons of John Adams and H.K. Gruber in performances of their music. Collaborating with composers of his generation is central to his work; recently, he premiered Dai Fujikura's Sparking Orbit, an electro-acoustic work written for him with the SWR Experimental Studio, at the ZKM in Karlsruhe, Germany. 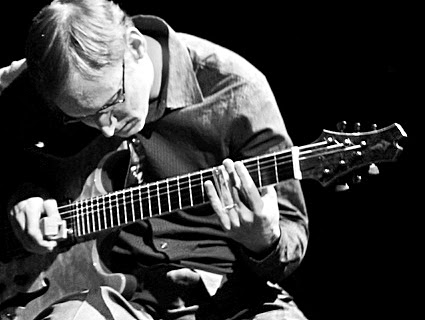 Lippel has been the guitarist with ICE (International Contemporary Ensemble) since 2005 and Flexible Music since 2004. As a chamber musician, he has performed throughout Asia, Europe, South America, and the U.S. He has performed as a guest with the St. Paul Chamber Orchestra, New York New Music Ensemble, and Either/Or Ensemble, among others. 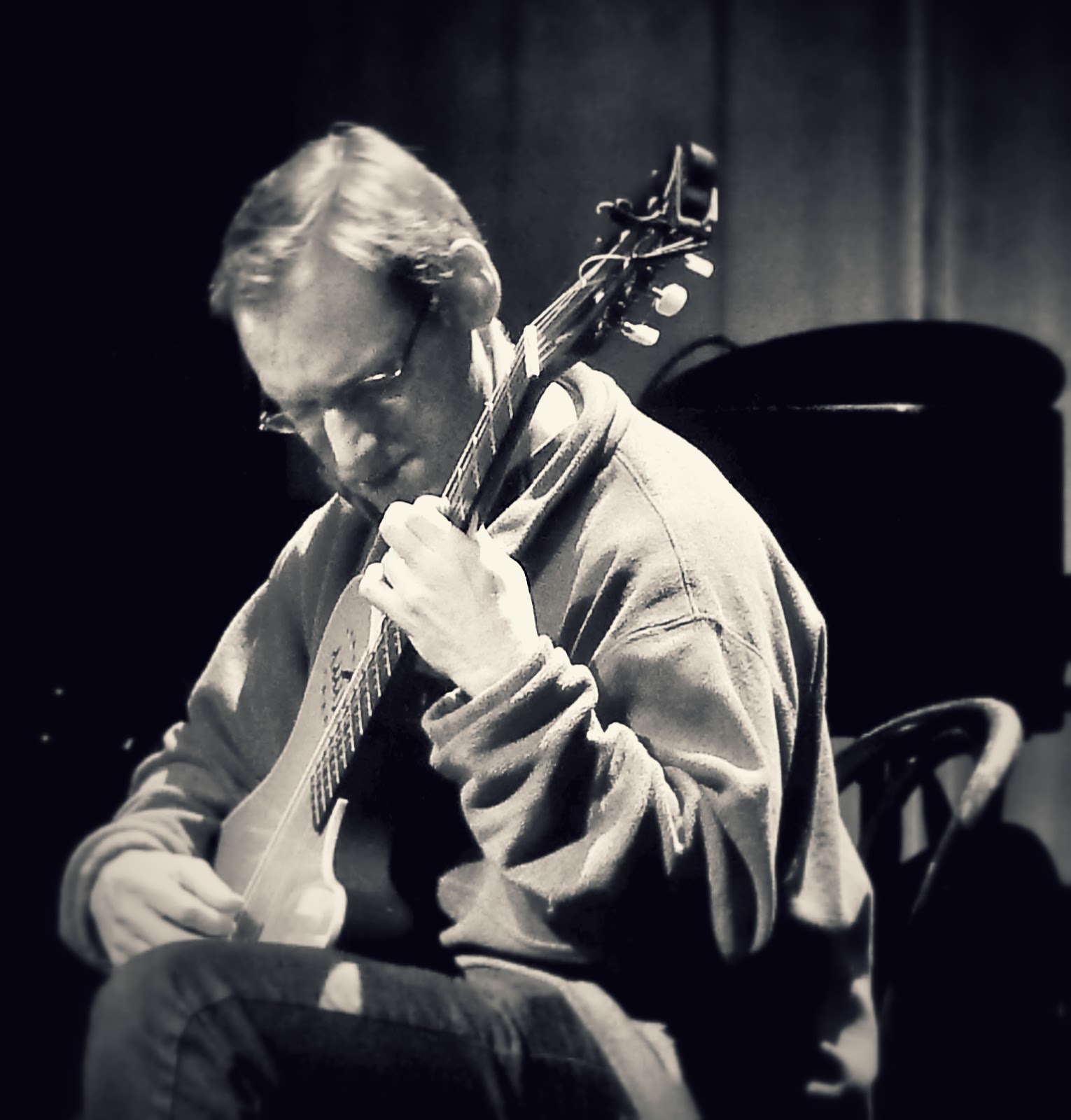 A deep interest in the art of sculpting interpretation led Lippel to co-found New Focus Recordings with composer Peter Gilbert in 2004, and he has been its director since. In addition to eight releases on New Focus, he has also recorded for Kairos, Bridge, Albany, Capstone, and Starkland. With eclectic indie group Mice Parade, he has toured widely on four continents, including performances on the Fuji Rock Festival (Japan) and Sydney Festival (Australia), as well as appearing on five of their recordings (Fat Cat).

As an educator, Lippel is particularly interested in the richness of the contemporary repertoire and the collaborative potential between composers and guitarists. His guest lecture and masterclass appearances include the Hanns Eisler Hochschule in Berlin, San Francisco Conservatory of Music, Cleveland Institute of Music, University of California at Davis, and Peabody Institute of Music. He was on faculty at Bowling Green State University in Ohio teaching classical guitar from 1999-2001. Lippel received the Doctor of Musical Arts Degree from the Manhattan School of Music, under the guidance of David Starobin, and his former teachers include Jason Vieaux, John Holmquist, David Leisner, Stephen Aron, and Nicholas Goluses.

I can't remember exactly which was first, but I have early memories of hearing Penny Lane and Strawberry Fields Forever by The Beatles on the stereo, but also Bach organ works and Brahms symphonic music...

Nothing, intrinsically. I try to approach music without expectations. But obviously there are certain qualities I seem to find rewarding time and time again -- sense of shape, an expressive core, a sense of freedom in some form or another, even if that freedom is found in a dense, restrictive texture.

Ideally, technique allows you to produce the sound you hear on your instrument. I think technique is a different thing when you are playing a notated score versus when you are improvising, though maybe not drastically different. Of course, the literal interface between your body and the instrument can be the same. But the more psychological aspects of technique are different, when playing a score, you are trying to cultivate physical fluidity so that the music can come through without resistance and then there is room for spontaneity in how the fixed score is realized -- that crucial extra five percent left to the individual performance that makes each time unique. 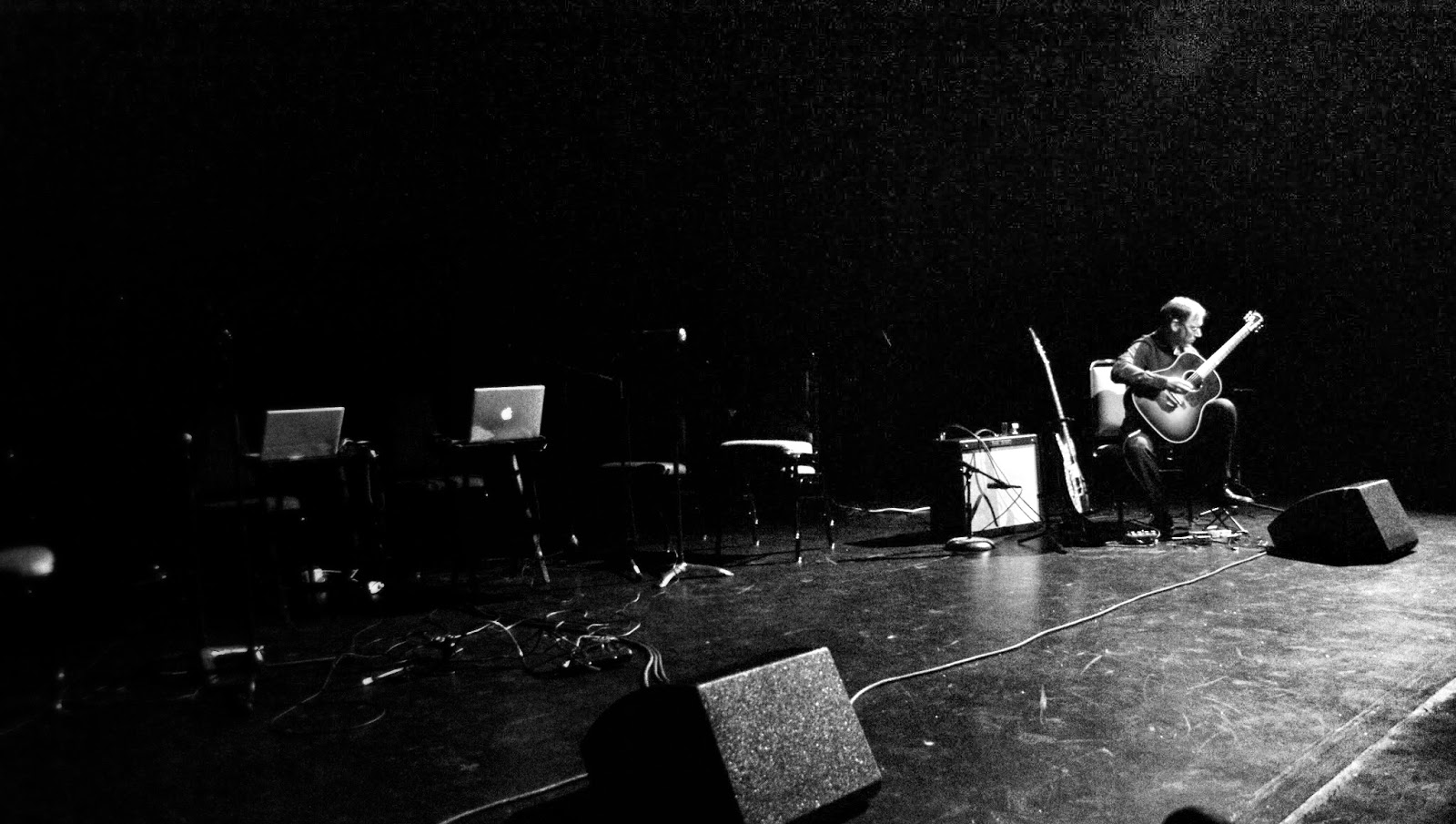 But the technique of improvising adds this element of tapping into your inventiveness and also mining yourself expressively, so I think it's much less likely when I'm improvising that I would actually find myself thinking of how to make a certain shift fluid or a right hand fingering clean -- if I'm emotionally free with what is coming out, the physical aspects seem to take care of themselves and I guess the literal nuts and bolts work needs to have happened earlier at some point. Occasionally, technique becomes its own tyranny of course, normalizing an otherwise unique musical impulse and so it comes out filtered through some fixed ideas of what clean playing is, or what have you. Which isn't always a bad thing...

Honesty - no matter how simple or complex a piece of music is, I think honesty and genuine communication projects more than any other quality.

The challenge is definitely figuring out how to defray recording costs since sales are much lower. Eventually, I suspect we'll see many more live or barely produced recordings replacing a lot of studio releases since that cuts down on production costs. And more and more people have their own gear as well, as the price for good equipment comes down, which is a good thing. The benefit of course is the amazing wide reach to potential audiences and easy accessibility to hear almost anything at the touch of a button. And also the ease of collaborating with colleagues from far away, just by sending a sound file and having them add a track or whatever. I do miss the record store experience, there was a great store in my town growing up called Crazy Rhythms, and if it wasn't for the guys in there and their exhaustive jazz knowledge, I might not have discovered a lot of the music that was so important to me as a kid until much later...

the origin and destination of music

At some time or another I've probably had every possible motivation to play music, everything from escape to inspiration to vanity to boredom... I think there are separate personal reasons to play versus more principled reasons. On a personal level, music is just the vehicle through which I live my life, so I just have to play. But on a more communal level, I really feel like art is a contribution that some of us get to make that ideally enriches and enhances life and hopefully reminds us of our humanity, at it's best. Different vocations contribute something to society and hopefully push it forward while connecting us with something essential.

I've always loved the sound of old air conditioners... When I was a kid I was fascinated by the range of overtones inside the sound of these machines. I haven't ended up making music that was primarily about noise, at least I don't see it that way, but somehow this sticks in my mind as formative...

I think the narrative shape in literature and theater has been pretty influential on my idea of how musical performances shape a temporal experience. In a sense a musical performance and theatrical performance are really pretty much the same thing, just one uses a semantic language and the other uses an abstract language. And literature, even though it happens at the pace of the reader, still is an artform that shapes an experience over time... Time is the thing we can't escape as musicians, it's the one fixed variable while everything else -- timbre, pitch, rhythm, structure -- these things are materials and time is the canvas.

Literally, I was born in Brooklyn and grew up in northern New Jersey. Secret influences... I think I've gone through a few different fixations over the years, for a while I was somewhat into philosophy, and people like Buber, Heschel, and Kierkegaard made a big impression on me, especially on issues of spirituality. Then I got pretty into politics and was reading a decent amount of Chomsky and Naomi Klein and folks like that. All the while, I've always loved fiction, and I come back to a handful of authors over and over again -- Murakami, Kundera, Vonnegut, Ian McEwan.


Mario Davidovsky: "Festino" (1994) International Contemporary Ensemble, Daniel Lippel - guitar soloist. Image is by Willem DeKooning. Daniel Lippel explains the title this way: "The [word] 'festino' refers to a work like a serenade, with the character of an opera buffa perhaps. I've often felt that Davidovsky's Festino is a deep portrait of a clown, with the virtuoso trickster outside hiding the loneliness and longing underneath."


What instruments do you use?

Right now, working on a few recordings, one of solo and chamber music by NYC based composers Nils Vigeland and Reiko Fueting, another of my own version of Reich's Electric Counterpoint, and another of new music for classical guitar in alternate tunings. Performance wise, there's music for a few new programs on the stand -- one of new electric guitar and electronics pieces for a festival in Germany, Sinus Ton Festival in Magdeburg, and another with an ensemble I'm involved with quite a lot, ICE, of the music of guitarist/composer Larry Polansky that I'm very excited about. I'm also writing new music and developing a duo project that is primarily improvised music with a wonderful bassist based on Ohio, Aidan Plank. 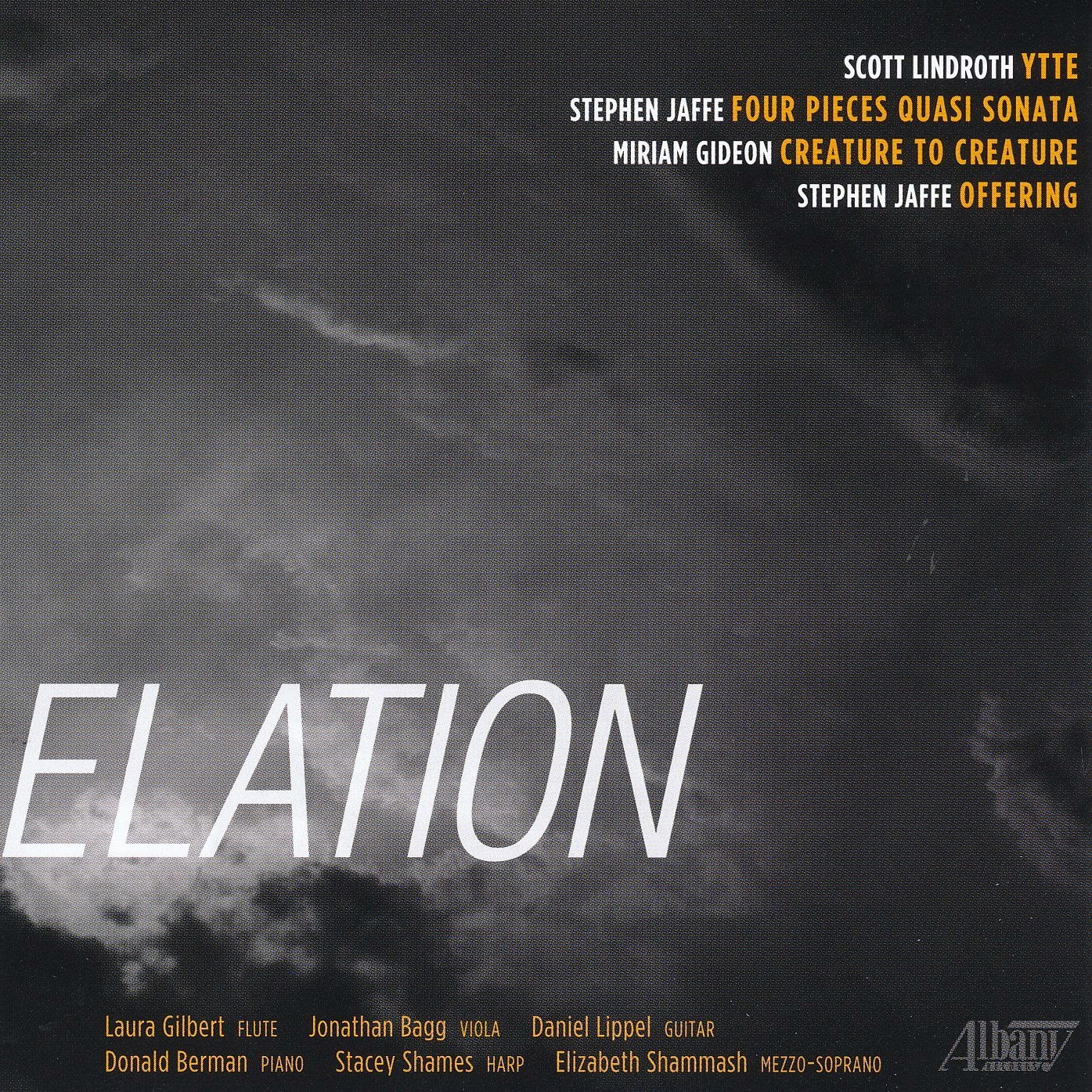 Works by Nathan Davis and Phyllis Chen
including Davis' On the Nature of Thingness, with ICE and Tony Arnold
forthcoming release on Starkland Records 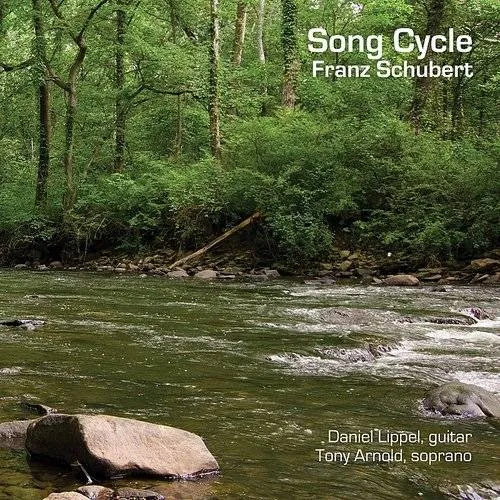 The Calls of Gravity
Works by David Laganella
Including Sundarananda for guitar, flute, and cello, with flutist Erin Lesser and cellist Joanne Lin
New Focus Recordings, May 2010
More info and purchase here 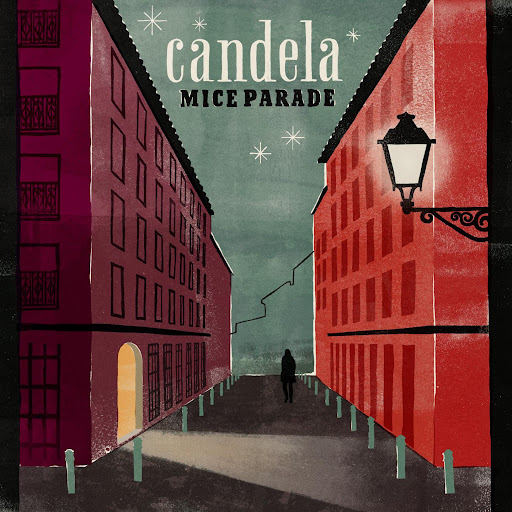 What it Means to be Left Handed: Mice Parade
Fat Cat Records, Released May 2010
More info and purchase here 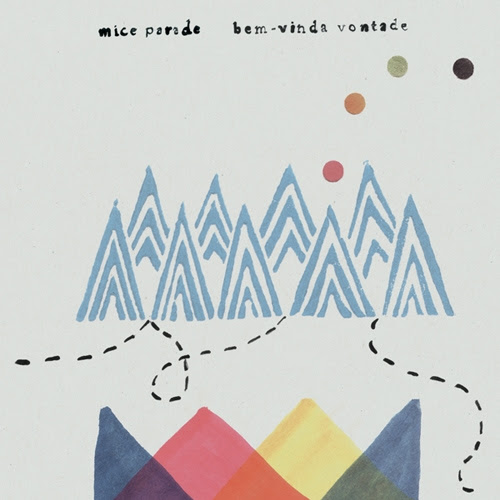