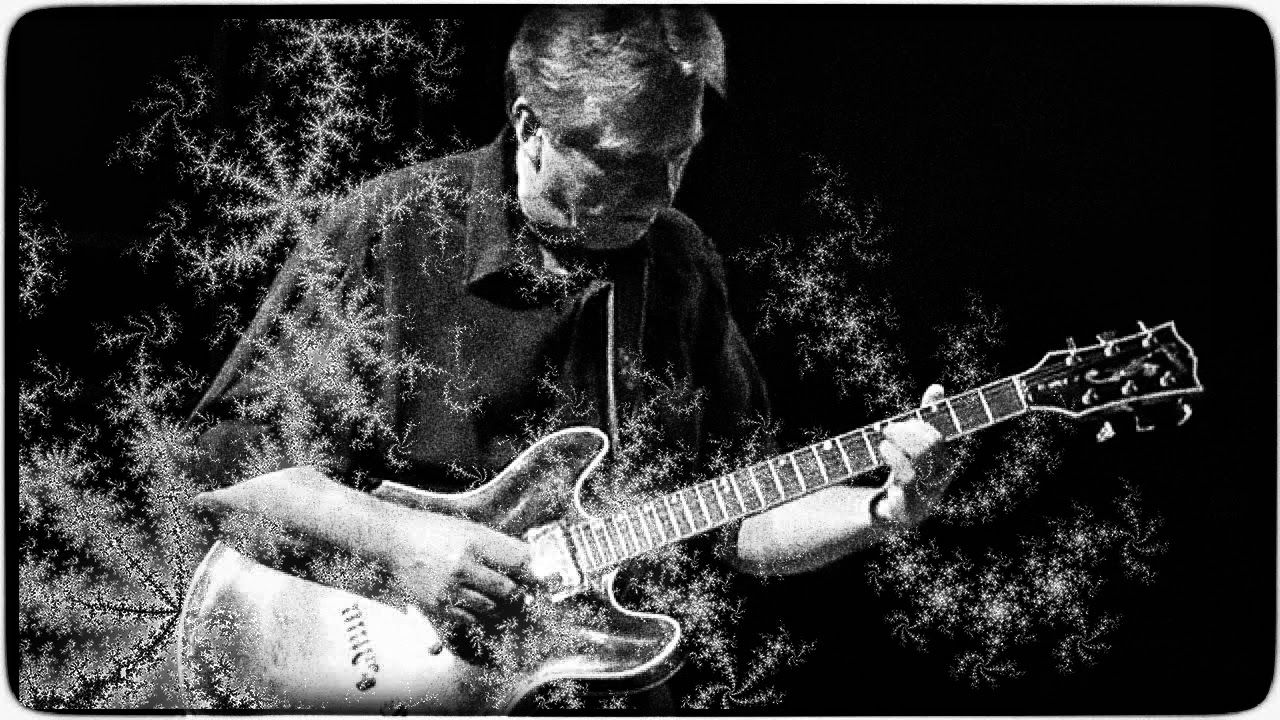 Danish guitarist Fredrik Søegaard was born on 1951: improvisor, composer, teacher, working with improvisations in complex structures like Mandelbrot fractal algorithms or DNA coding sequences, his trademark is unquestionably the use of ground breaking scientific structures.

He has developed his sonic researches through his own groups, occasional collaborations with various musicians/ensembles of mixed genres. 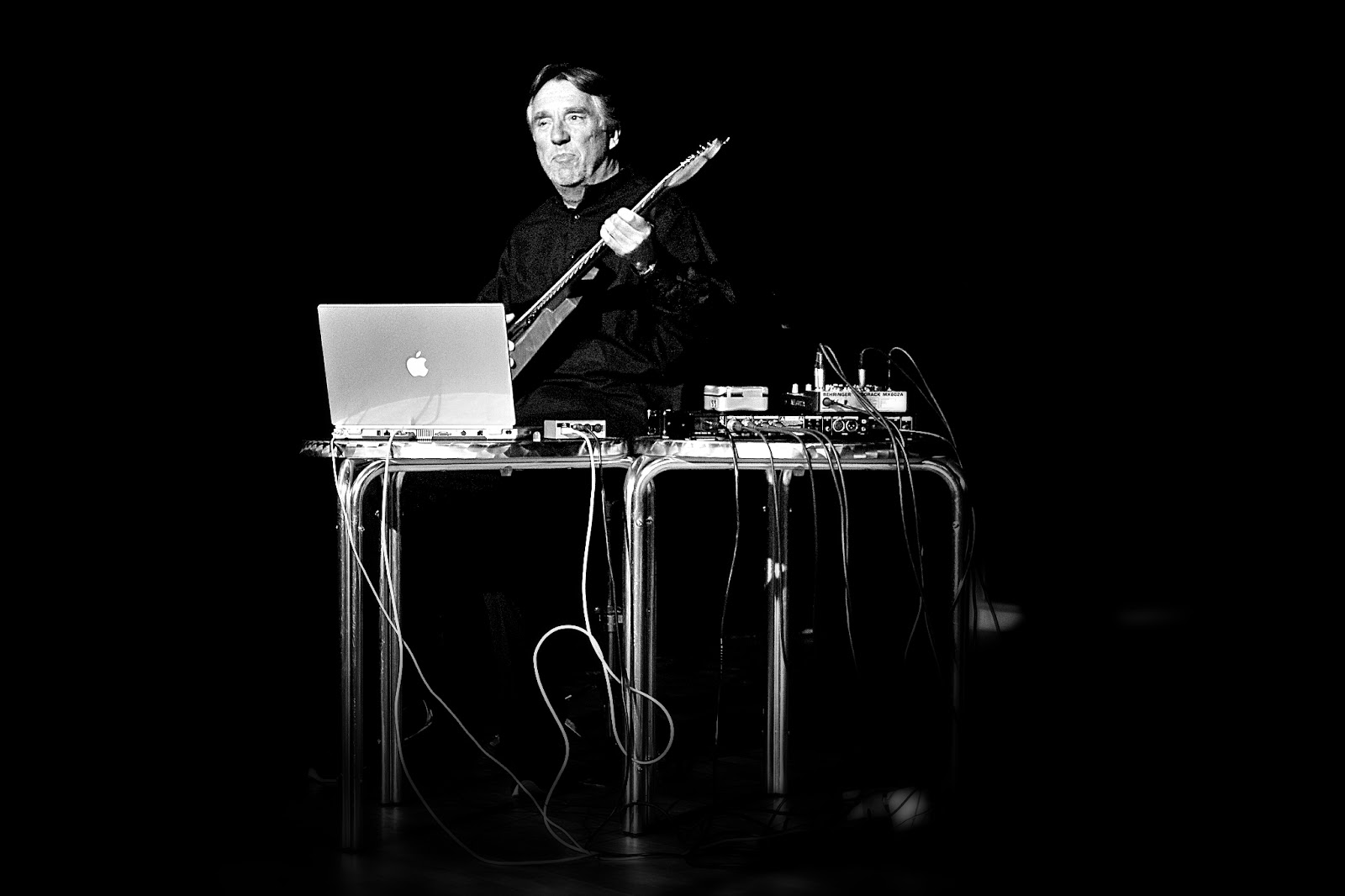 Between his main works we got ‘solo guitar improvisation’ from 1989, free solo-investigations, ‘ballads’ – ensemble free impro, recorded in Rainbow Studios, Oslo, produced by the ECM genius Jan Erik Kongshaug, ’chronox’ – different time/space structures transformed in music, ‘multiverse’ – multi-structured experiment like a rare live concert version elsewhere on this page, ‘soundmapping the genes’ – using DNA code sequence in music, is an exciting project in the field between biology and music.The complete genetic code of the H1 histamin protein from the rainbow trout is transcribed into a 642 note melody; the remaining data is the basis for the  MIDI, allowing for the control of various parameters in the performed music  (pitch, LFO speed, pan speed, dynamics, etc)...  ‘and we also caught a fish...’ – guitar duo impro, ‘off the map’ – studio collaboration or ‘canons’ – experimental use of delay-technology in Bach’s canons 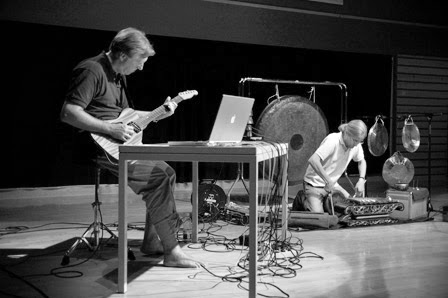 Not really – I don’t think there has been any singular sound experiences doing that, rather I think my choise of wanting to be a musician came rather late in my teens and unquestionably was highly related to playing the guitar, which was the first process to get my full attention. The first musical experience I can recall was the soundtracks for popular television westerns – Bonanza, Bronco, Rawhide – to this day some of my favourite music is still the western soundtracks of Morricone to Sergio Leones post-western masterpieces

Learning to play the guitar gave a sense of meaning to my life and was immensely joyful – it still is, I have never felt boredom practicing and still get this feeling of joy when I sit down to play. 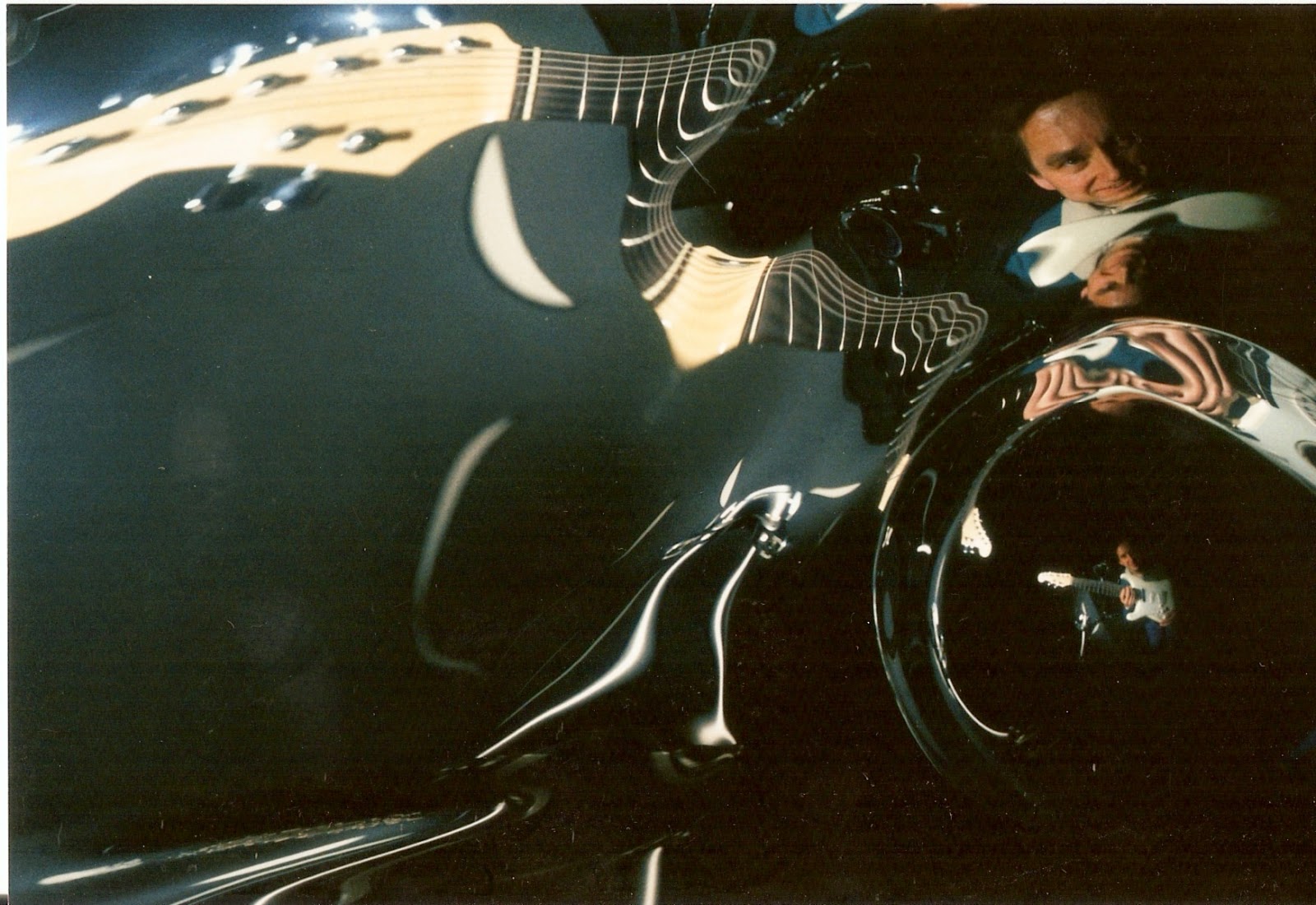 A new classmate, whom I visited, played a little guitar and I immediately wanted to play, too. And this was in the early 60s, the guitar played a vital role in the counterculture – it was so much more than a box with 6 strings…….

What's your relationship with scientific thinking?

Since the 1990s I have been very inspired by especially Chaostheory and the mapping of DNA. The Mandelbrot fractal images looks so much like ‘nature’ – it can be patterns from seashells, mountainrigs, stars, clouds, butterfly wings, aso. To me this was the first time Science actually managed to create images that looked like the nature I saw and I felt inspired to try and put this into music – artforms have always been inspired by Nature and if I could accomplish to put the very ‘formulas’ of Natures aesthetics into the making of music – that would surely be something...... 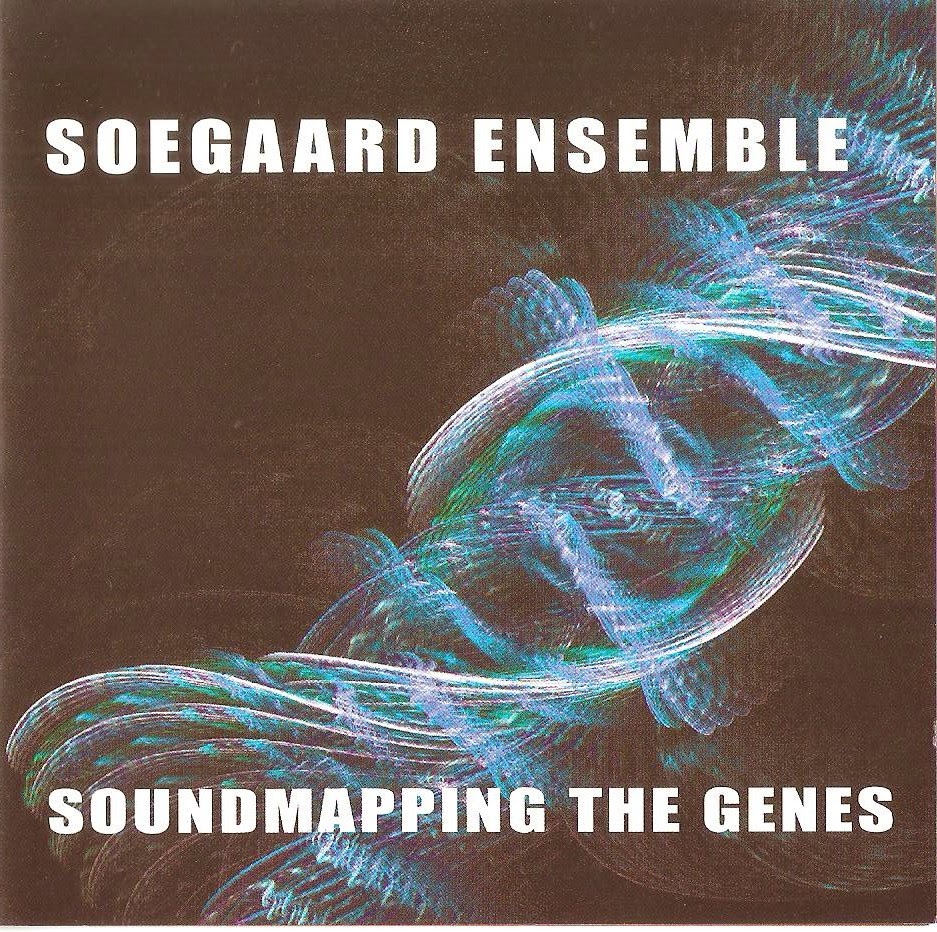 Examples on this page includes: Transstream (where you can see the fractal images projected on a large screen, these images actually interfere with the music as they are translated into MIDI control data, running effect parameter values in real time) and Soundmapping the genes (where the H1 histonin protein from the rainbow trout is used as MIDI data in real time).

How's your experience as composer?

I don’t really see myself as a composer – rather I am setting up interesting framework for me to put my guitarplaying into. My method of making music is improvisation and I am attracted to the tension between interesting framework (fractals, DNA code-sequences) and improvisation. Also I am inspired by time/space structures of astrophysics, this can be heard in the composition ‘multiverse’ on this page.


What special techniques do you use in your compositions? What gear do you use?

Well, my main gear for achieving the above mentioned frameworks are two pieces of specially developed software – the MIDIfractool, that ‘translates’ Mandelbrot fractal algorithms into MIDI and the MIDIgenemap, that translates DNA coding sequences into MIDI. With these tools I can set these complex structures to run anything via MIDI – notes, electronic parameters such as delay times, pitch, modulation speeds and much more.In my VIRTUAL BASS project the MIDIgenemap runs a pitchshifter one octave down, so that an independent bass line is added to my playing in real time…….

Philosofies, politics, experimental science……I have an ongoing love of painting and in my TranZart projects, I make music to paintings such as the FUMIANI CONCERT – a large-scale improvisation inspired by the fantastic tromp d’euil painting by Fumiani in San Pantalon church in Venice. 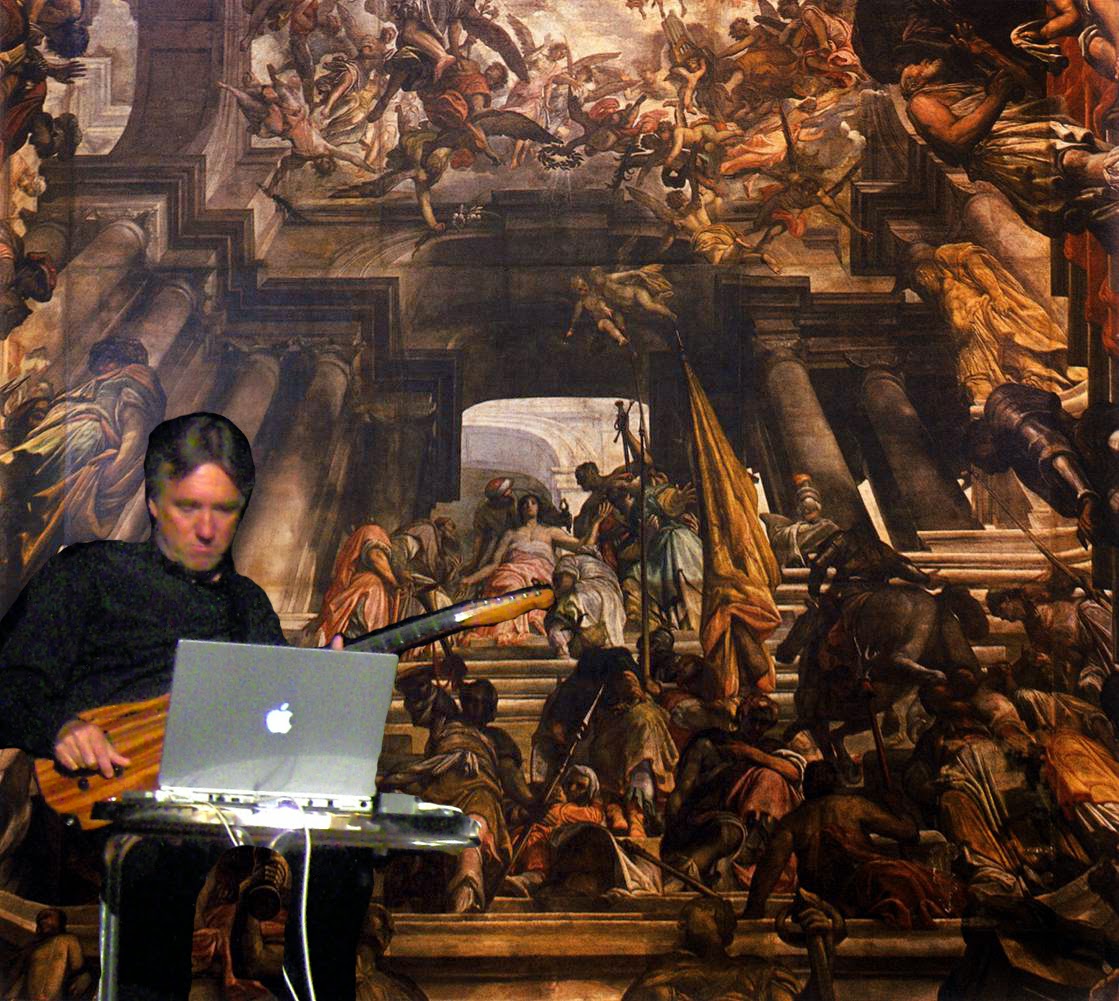 I would have to say J.S.Bach – but the great thing is that you can still collaborate with him by playing his music and being inspired by him. In 2004 I recorded all of his canons, not in the conventional way but rather from a contemporary point-of-view – recording fx. his retrograde voices with backwards guitar…… It is like an iceberg – a small tip is visible over the waterline, the big part stays unheard of under the water. But the ships wreck, not because of the small tip but because of the massive underneath…….most of the music that really matters goes on in the deep…….I don’t know why.

The VIRTUAL BASS project is my main project at this time – I am trying to integrate it into a small group, it presents some real problems as the drummer has to be able to hear the ‘bass’ as a real bass.Also I am planning a series og TRANZART concerts improvising to works by Böclin, Escher, Bruegel, Dali, ao.And for the first time in many years I have started to work on the acoustic guitar – I am exploring the celtic music tradition, it has some interesting arab elements from the Saracens and thus represents arab influence in european guitar music at the same time or even earlier than the spanish flamenco tradition – so I try to use that influence in improvisations based on arab maqams and celtic songforms. 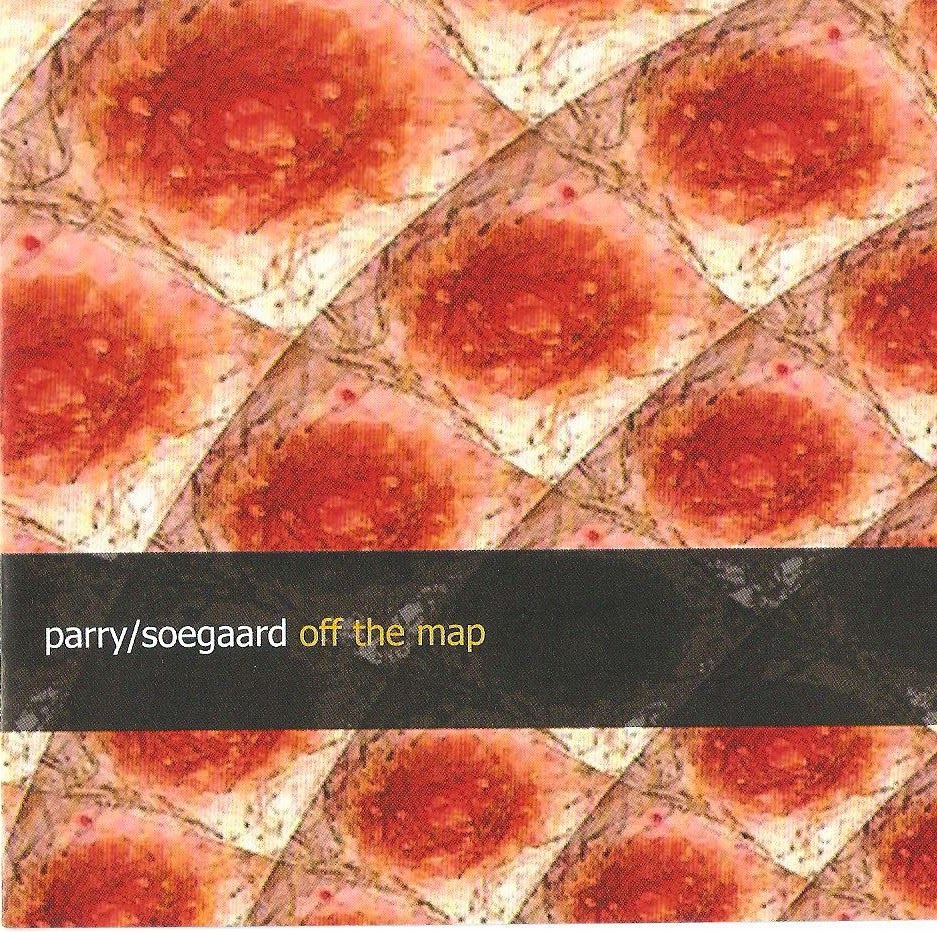 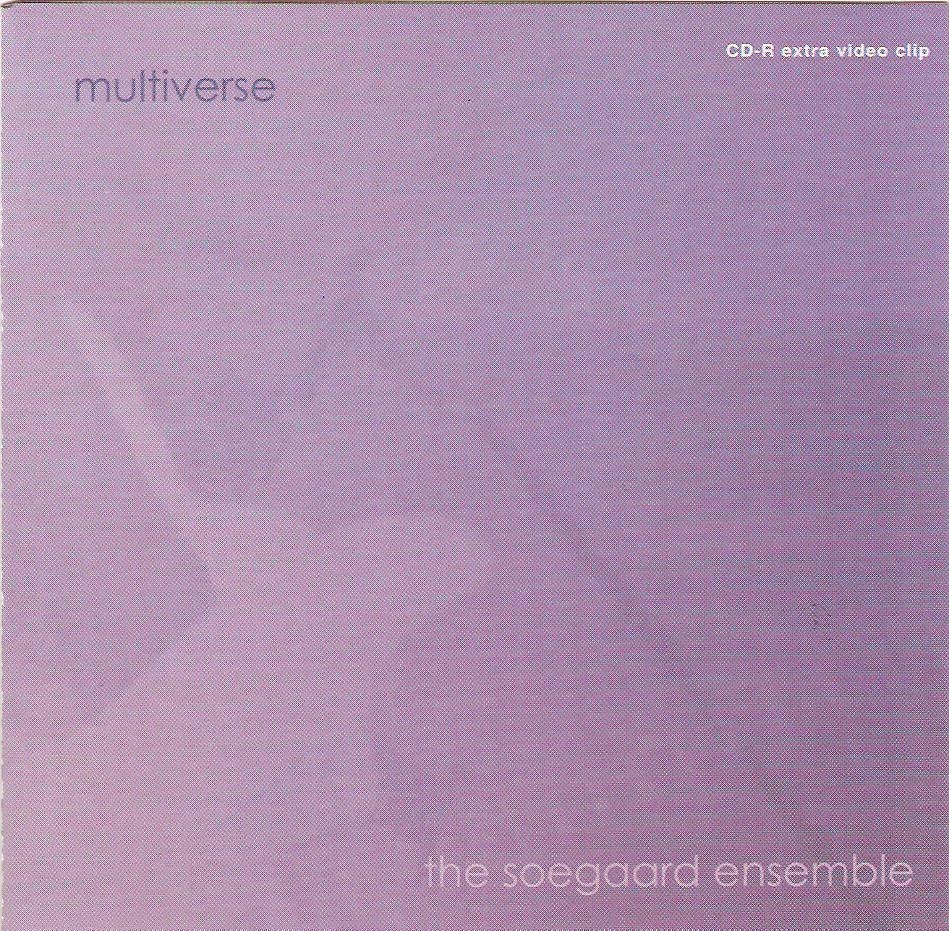 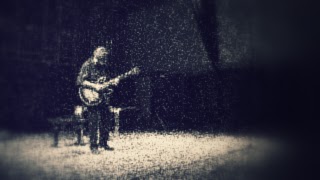