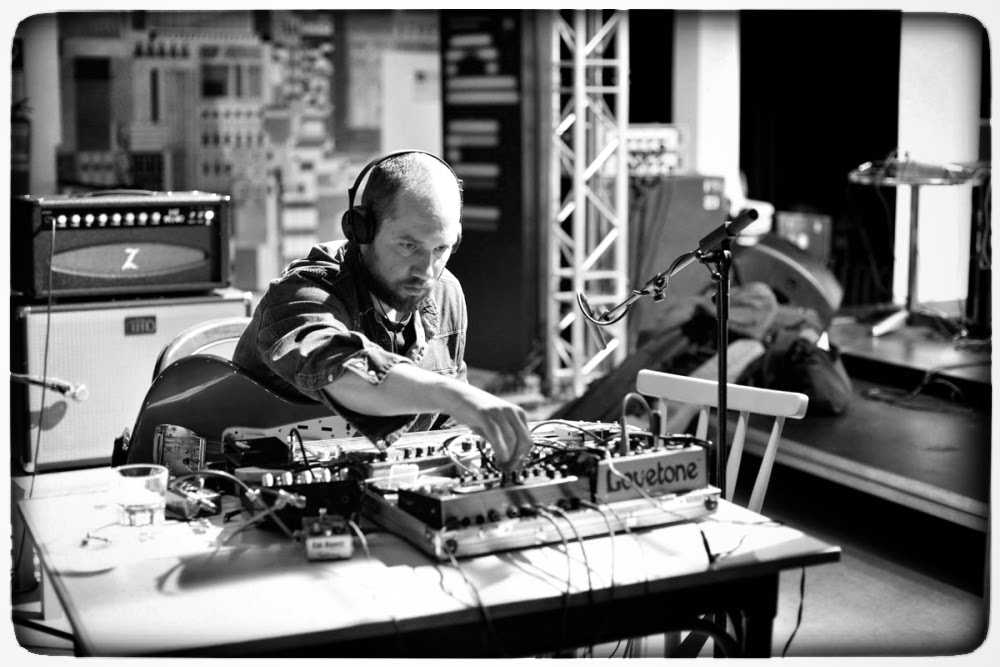 Martin Siewert,  guitars, lap- & pedal steel, electronics, was born in Saarbrücken, Gernmany in 1972. Actually he's living & working in Vienna. His improvisational and composing activity in both acoustic and/or electronic contexts; he works for theatre, film and dance as well as various remix and sound installation commissions. 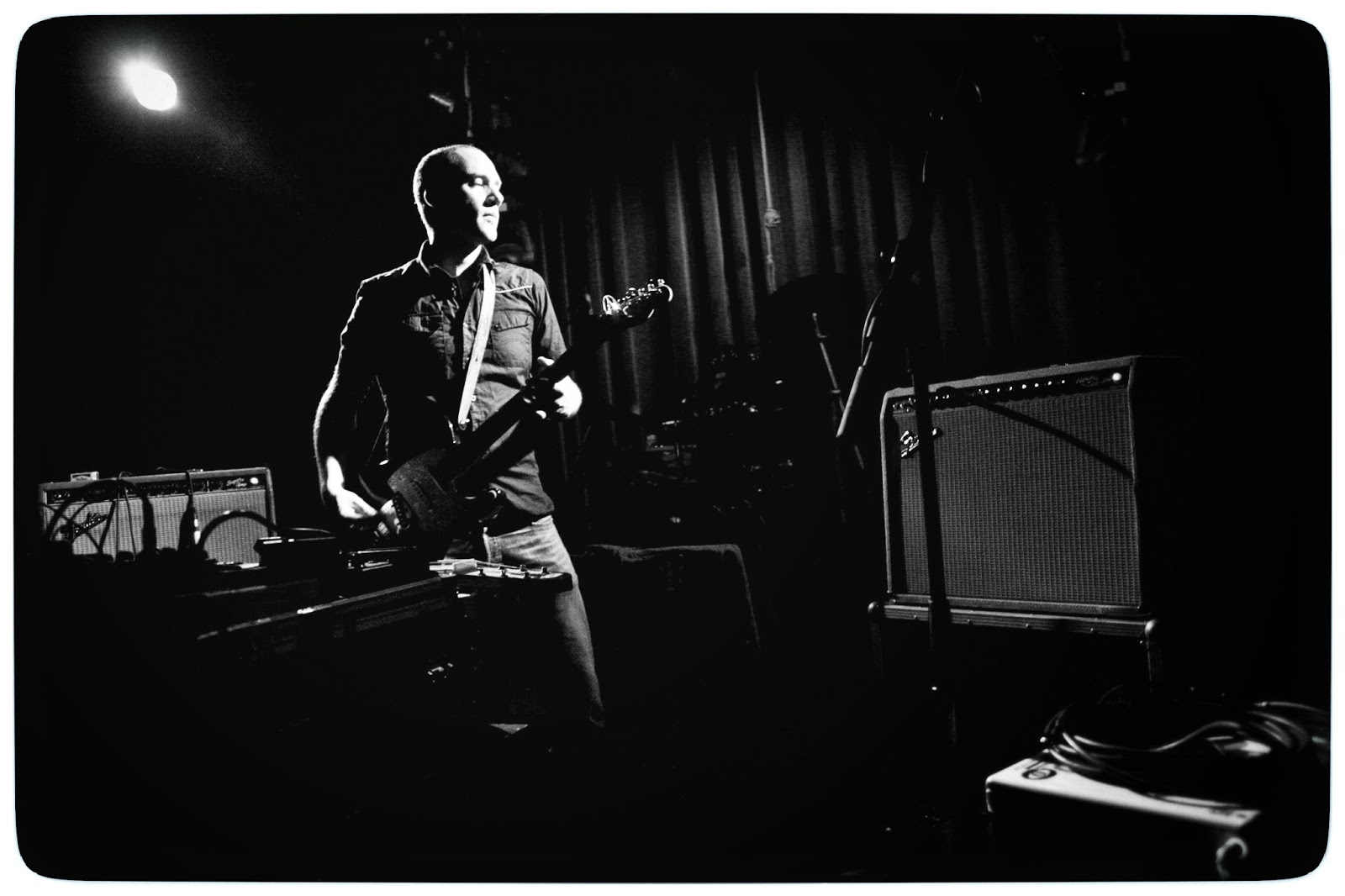 His projects/bands include RADIAN (with Martin Brandlmayr and John Norman), FAKE THE FACTS (with dieb13 and Mats Gustafsson), TRAPIST (with Joe Williamson and Martin Brandlmayr), HEAVEN AND (with zeitblom, Tony Buck, Steve Heather), 4tet  BORIS HAUF / STEVE HEATHER / SIEWERT / CHRISTIAN WEBER (recording to be released in January 2015) and Duo DIEB13 / SIEWERT     among others... 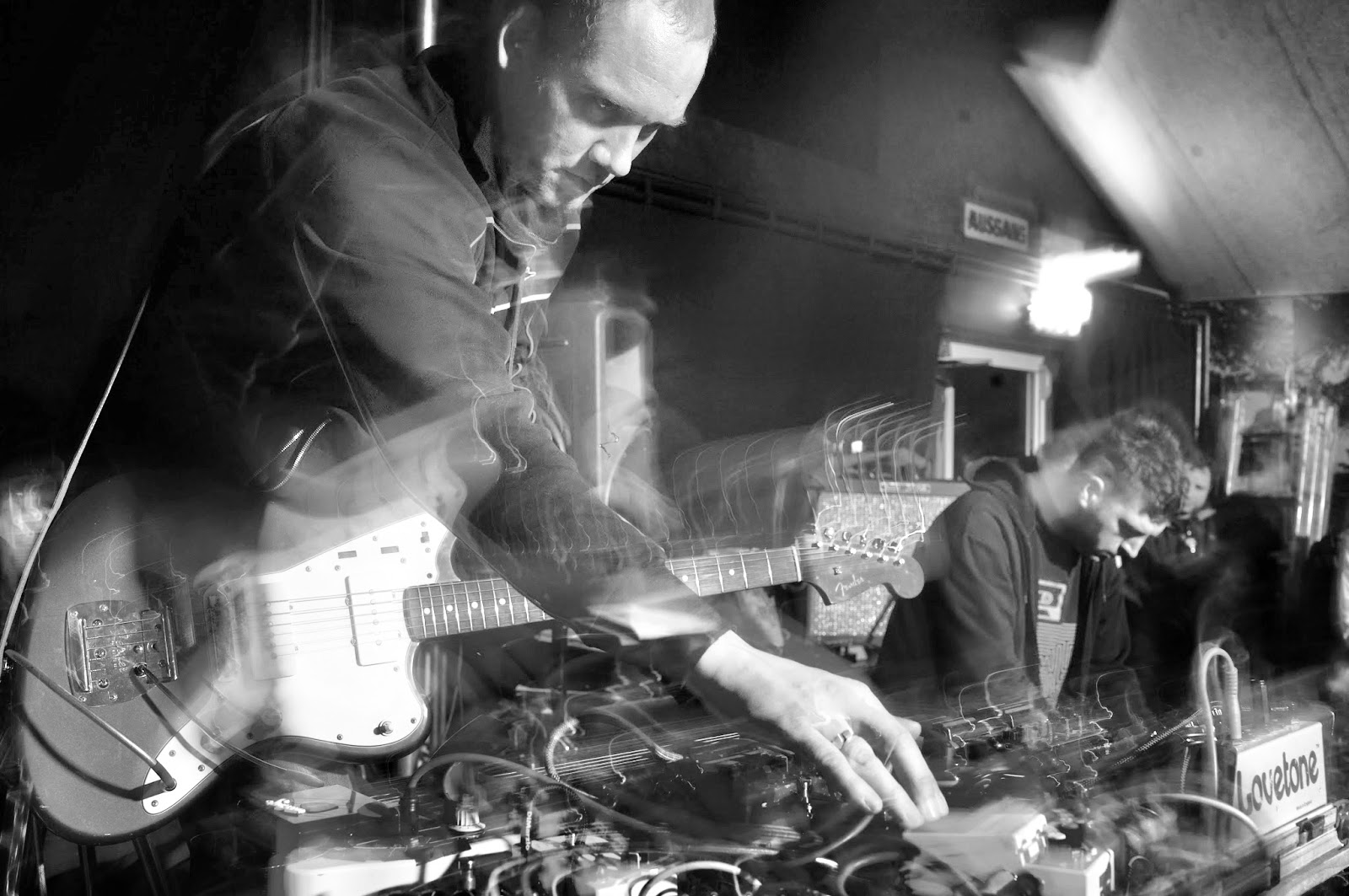 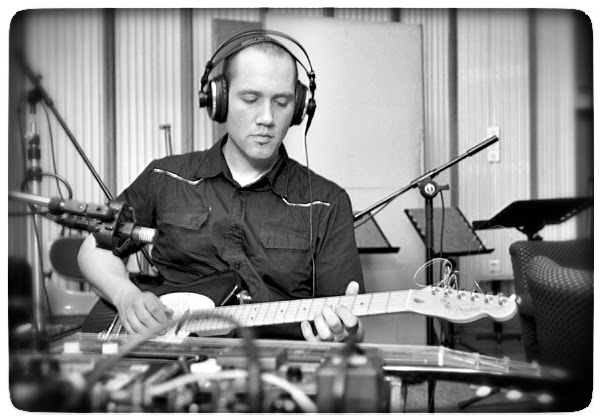 ...to be honest, I don't remember  ... I remember my 1st record (The Beatles' Ballads compilation), I remember my first concert experience (some terrible local metal band, had to leave cause I couldn't stand the volume) etc
but not the first musical sound ...

I expect it to change (or at least influence) my perception / understanding of things  ...  this can happen on a physical, emotional, or intellectual level

it's an instrument which can be very powerful, even when played in a very basic / primitive way.

when it comes to my own stuff there's 2 tracks I am still quite happy with:

1.) Bring Back Those Happy Days by Heaven And (from the 1st album 'Sweeter As The Years Roll By')
2.) Walk These Hills Lightly by Trapist (from our 3rd album 'The Golden Years')

Tell me something you need from art and why?

hm .... I think this varies with the disciplines / genres ... with contemporary or experimental art I sure want to be challenged, or surprised, and intellectually and/or emotionally I enjoy being taken into territory I would not have ended up in, or maybe wasn't even aware it exists ... and this does not neccessarily have to be a comfortable experience.


what I usually do nOT need from art is specific messages or truths / opinions ... I think that if you want to communicate those there's better and more efficient means .. I keep it with the great artist and art theorist Ad Reinhardt here: "In work or words what in hell, on earth, or in heaven, is an artist up to when he says he has something to say?"
(and btw, he continues: " Only a bad artist thinks he has a good idea.")


again, this is valid only for what I'd call experimental / contemporary art - there is also a good amount of 'classic' or even 'traditional' art I do appreciate a lot, and sometimes draw inspiration from.

I have worked a lot with performance / contemporary dance artists, and a lot with filmmakers - I have always enjoyed these collaborations, especially when the usual hierarchies (especially in film music) are broken up. many filmmakers I've been working with (like Gustav Deutsch, or Michaela Grill) did use music already when editing (or sometimes shooting), and in many instances based their edits on musical / sound structures, putting the visual and the sound level in a very inspiring and refreshing and equal relationship. in my work with performance artists like Robert Steijn and Frans Poelstra (United Sorry), or Anat Stainberg, or Jan Machacek I always found the different energy / input / approach when improvising most interesting, and inspiring.

What’s your main motivation to compose?

to realize things I can not come up with in an improvised setting.

on an aesthetic or artistic level I don't quite know what the digital music scene should be... I have hardly ever stumbled across things made from the dawn of the laptop era onwards that couldn't have been realized in earlier times. on a production / promotion / distribution level things have become easier and more accessible, which is great. so it's easier (cheaper) to realize your music and make it heard  ...  but this also has the side-effect that artists are expected to be their own promo-machine etc - the labels have outsourced a lot of what traditionally would have been their territory to the artists, which is not neccessarily a good thing.

I'm not so sure I'm looking for a certain sound  ... I am looking at (and for) a lot of parameters in music, and sound is often not on the very top of my list  .... if I could phrase a melody somewhat in a way Sam Cooke did I'd be very happy  ..  or if I could reach a level of intensity in a group performance I witnessed when seeing Ground Zero play 'Consume Red' live in the late 90's I'd be very happy as well. Sure in order to achieve these things it requires certain sounds (and techniques), but to me sound is more a neccessary tool to realize a certain bigger picture than a mean by itself.

essentially to create noises the guitar doesn't make by itself. many of my 'extended technique' sounds derive more from misuse / re-interpretation of phenomena further down the line of a electric guitar setup, like certain behaviours (or missbehaviours) of distortion devices or feedback generators, or the highly rewarding colorful feedback worlds generated between a loud amp and a semi-acoustic guitar with microphonic pickups etc  .... 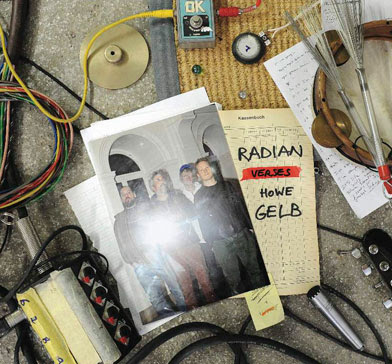 actually there's two: the recently released record by the trio Fake The Facts (with Mats Gustafsson and dieb13), called 'Soundtrack' - this is about improvisation, and about broadening the material and sounds / approaches / strategies beyond what's usually being used in typical improv settings. and then we just finished a major work, the collaboration of Radian with (Giant Sand mastermind) Howe Gelb (Radian Verses Howe Gelb, RadianReleases 001, in collaboration with Trost Records, to be released Nov 25th 2014) . this is about songs - and poetry - and still about abstraction  ....  and the fusing (or rather co-existence) of the two rather diverse musical worlds of instrumental electronic music band Radian, and Singer-Songwriter Howe Gelb.

for a more complete list of recording and studio activities please see:


Selected list of soundtracks for film and video
(most of these distributed by Sixpackfilm, www.sixpackfilm.com): 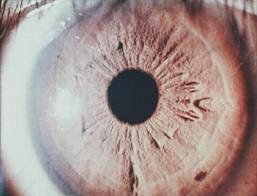 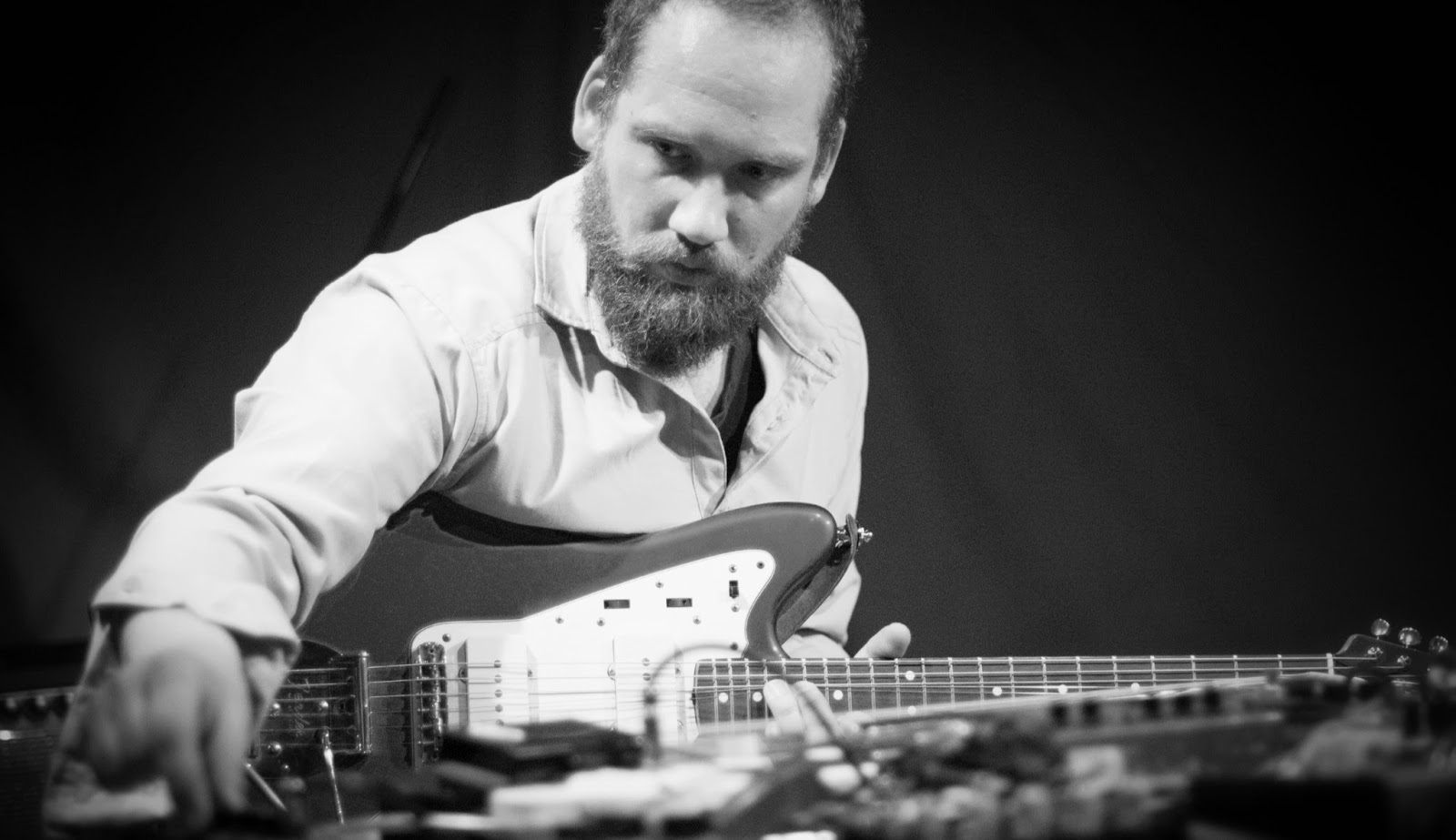