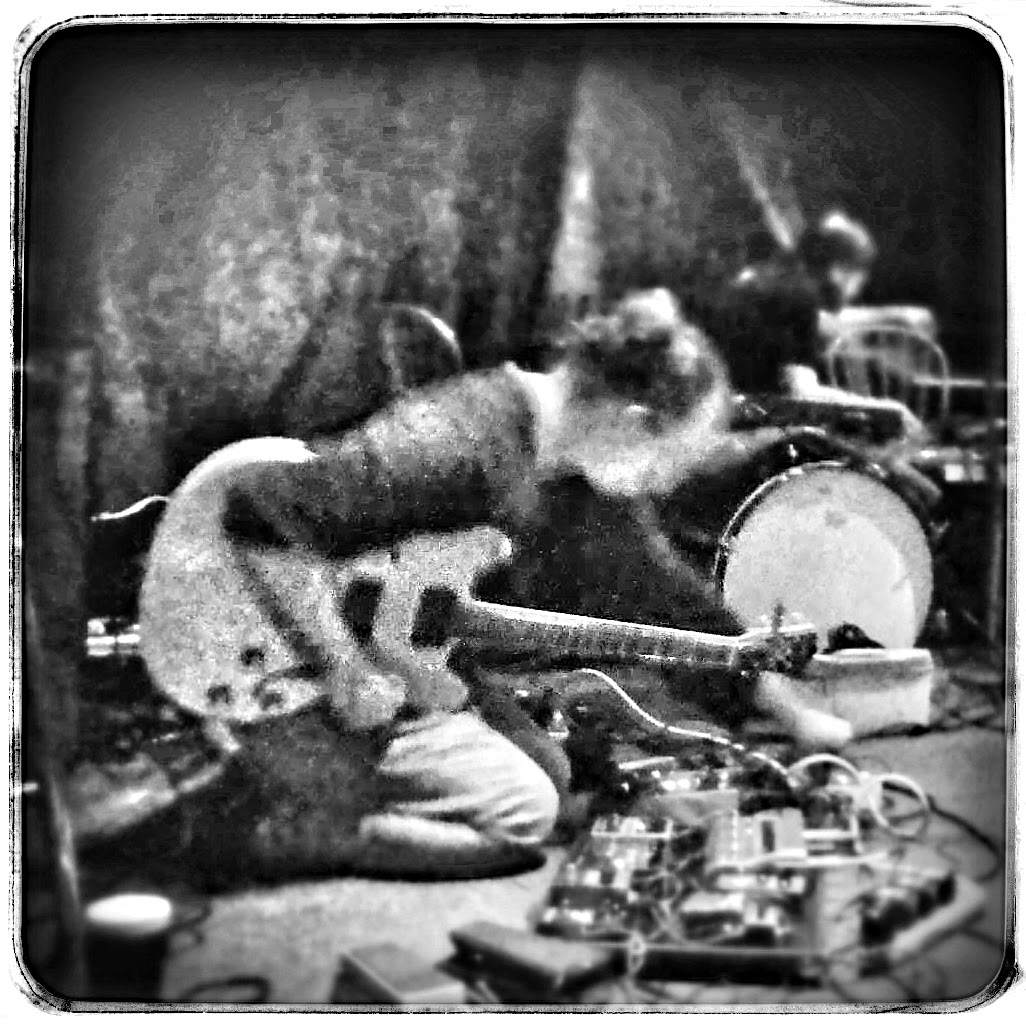 Guitar, saxophone, drums, guzheng, tambour, flutes, misc instruments, canadian multi-instrumentalist, composer, Colin Fisher is an active voice in the Improvised and Creative Music Community in North America. Colin has been deeply inspired and studied with some of the best teachers in the creative music community. 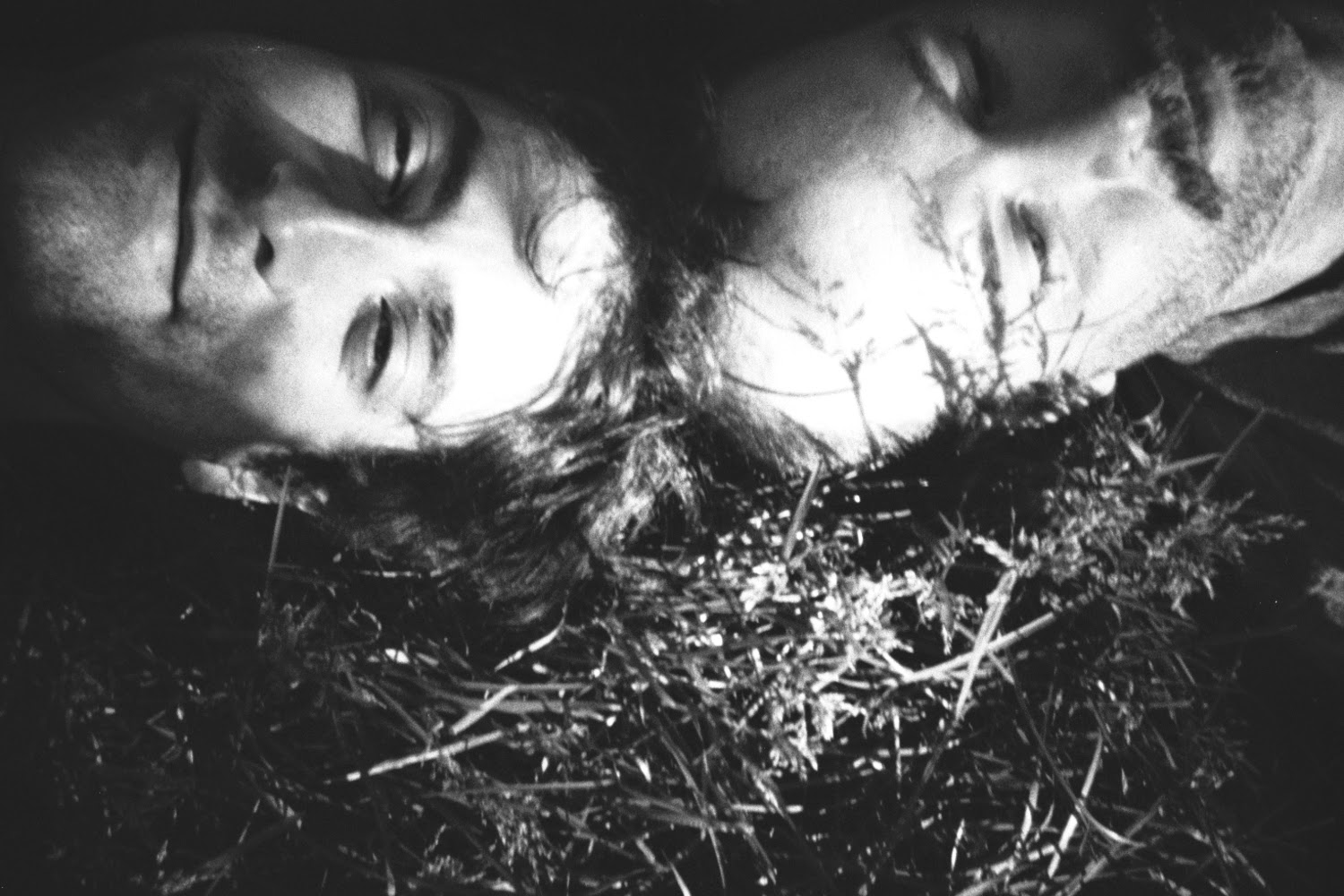 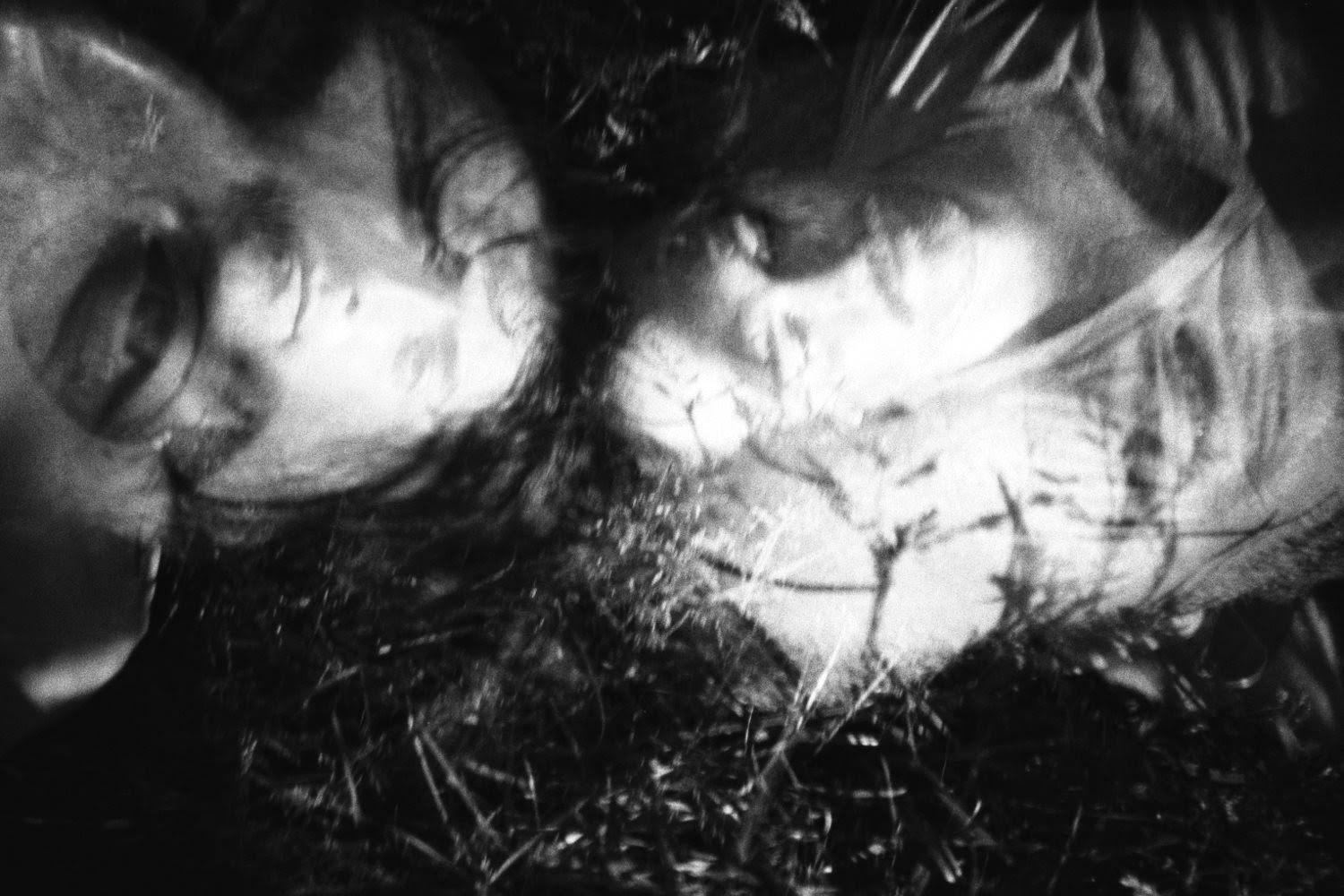 His most active project is with duo project Not the wind, Not the flag with percussionist/multi-instrumentalist Brandon Valdivia. They have numerous releases on many local and north american labels including inyrdisc, healing power, medusa, barnyard records, already dead tapes.. We will have a vinyl release in the new year. our latest recording is 'Garments of Light' on Healing Power records.

I HAVE EATEN THE CITY is an improvising trio featuring cellist/keyboardist/laptop artist Nick Storring and percussionist Brandon Valdivia. They just released a tape on tombed visions records this year 'Secret Paths' -

Colin has contributed to Matt Dunn’s Transcendental Rodeo/Earth House band,was a member of the late 10000 watt head band, has played in the past with Actual Water, Young Mother, Glass Tomb, NO WHITE GOD, duo Lampchops with Simeon Abbott, was a member of the AIMToronto Orchestra who performed/and released a cd on spool records - SPL130 Anthony Braxton & the AIMToronto Orchestra Creative Orchestra (Guelph) 2007) of their guelph jazz festival playing the music of Anthony Braxton with Mr. Braxton conducting and playing with the orchestra, was a member of the Woodchoppers Association who had a successful tour with west African masters Jah Youssouf and Abdoulaye Kone, played guitar with Isla Craig’s band and has also performed with singer/songwriter John Tielli, Neil Haverty, was a member of Anna Linda Siddall's band. He also has been a touring member of the toronto experimental r &b band, Bernice. Colin recorded a CD recently with the band Many Arms which was just release on Tzadik records, with Johnny DeBlase on bass, Ricardo Lagomasino, drums and the guitar of Nick Millevoi.

Colin also received a Canada Council recording grant in 2007 that was used to create a duo recording with Jean Martin called The little man on the boat which was released on Barnyard Records.

It was a cherry red ibanez.  My parents bought it for me from the local music shop.  Immediately i started playing punk rock and experimenting with feedback.

Experience, over 20yrs of experience and training.

As an autodidact i spent countless hours alone, charting out scales and learning chord shapes..
sometimes for 8 to 10 hrs a day... eventually i developed horrible thoracic outlet syndrome and tendonitis.

There is so much of my work in the past that was incredibly methodical and overwrought..
in some ways i feel like i lack the complexity as a composer as i did then.. maybe because i was in the midst of discovering new things..

Not unlike many guitarists in the 80s/90s shred guitar was such a monolith.. as a punk rocker i dont think i was supposed to like it..
I can remember thinking how i wanted to be on this much music program called 'guitar wars' so that i could prove my skills..
I spent my childhood also drawing and writing.. so much art has inspired my music practice..
also developing a deep meditation and spiritual practice in my teens has deeply influenced my practice..
i remember having a dream before i had started playing guitar..
I was searching around my house for something.. i had ventured up into my bedroom, a friend had followed me up..
whatever it was i was seeking was nowhere to be found..
all of a sudden i turn around and theres an acoustic guitar hovering over my bed almost menacingly...
i felt the pangs of sleep paralysis, although i had no idea what it was at that point..
i was frozen in fear..
then there was a deafening sound of feedback and i froze stiff and fell over and woke up abruptly feeling disoriented.
also... i used to freak out to jimmy page when i was in utero.

As an improvisor i can endlessly address new ideas by myself... but the act of playing in a group is where these skills come alive..
The introvert in me loves to spend countless hours alone playing, composing and doing 'instant compositions'..
but music is my social life as well as my church.. i need to share the interaction with other like minded players capable of receiving similar intentions and feelings.

There are so many musical works that have provoked a change in my music! If i were to pick one arbitrarily of the top of my head it would in no way be greater than the influence of the others... I think the truth is everything i hear is provoking change in my music if i'm truly listening...

Why and how do you use personal techniques on guitar?

Hearing Fred Frith's solo guitar records were a revelation in terms of the guitar as a sound generator..
certain kinds of techniques are useful in approaching certain timbral palates, percussive ideas.. etc etc
honestly, in the 21st century, i think we've moved beyond the idea of 'extended techniques'...
its part of the palate of gestures/technique..
and i think its good to encourage that these things arent 'strange' or 'weird'..
in the past, when teaching kids who are reticent to engage in disciplined practice.. i often introduce the idea of preparation..
to illustrate their are myriad methods, none more legitimate than the other, to engage in the joy of music...

SO many things! I'm also a drummer, saxophonist (and a list of other misc instruments) in which i play on a regular basis..
just finished recording an amazing record with my good pals in Bernice , which will most likely be coming out later this year or next.
There's also a duo record coming out soon on arachnidiscs (on which i play alto saxophone) with drummer Mike Gennaro  whom i'm doing a tour with in october, a record with viola player James Annett and upright bassist Josh Cole, which is my first recording as a drummer (as well as some guitar tracks), And a power trio record with Oneida drummer Kid Millions and Many Arms bassist Johnny Deblasse, a trio record with drummer Julius Masri and saxophonist Keir Neuringer, a duo recording with Many Arms drummer Ricardo Lagomassino, Plus solo projects also in development, and an unmixed record by the supergroup Bad Breath, another Body Help  record which is a 'free r&b' trio with drummer Kieran Adams and bassist Josh Cole and another Not the Wind, Not the Flag record which is a long standing duo project with my good friend Brandon Valdivia. 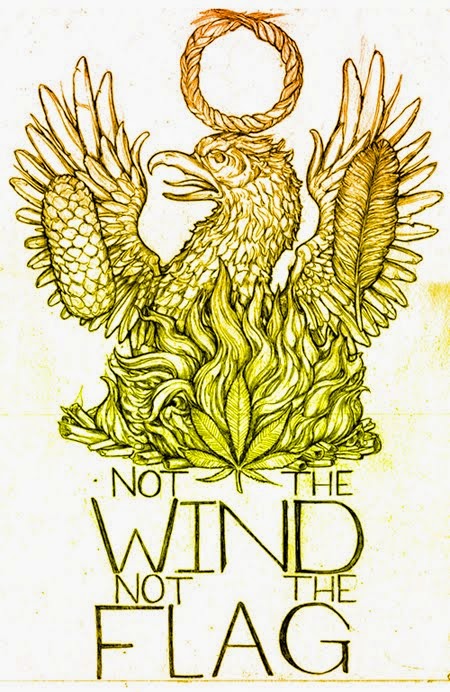