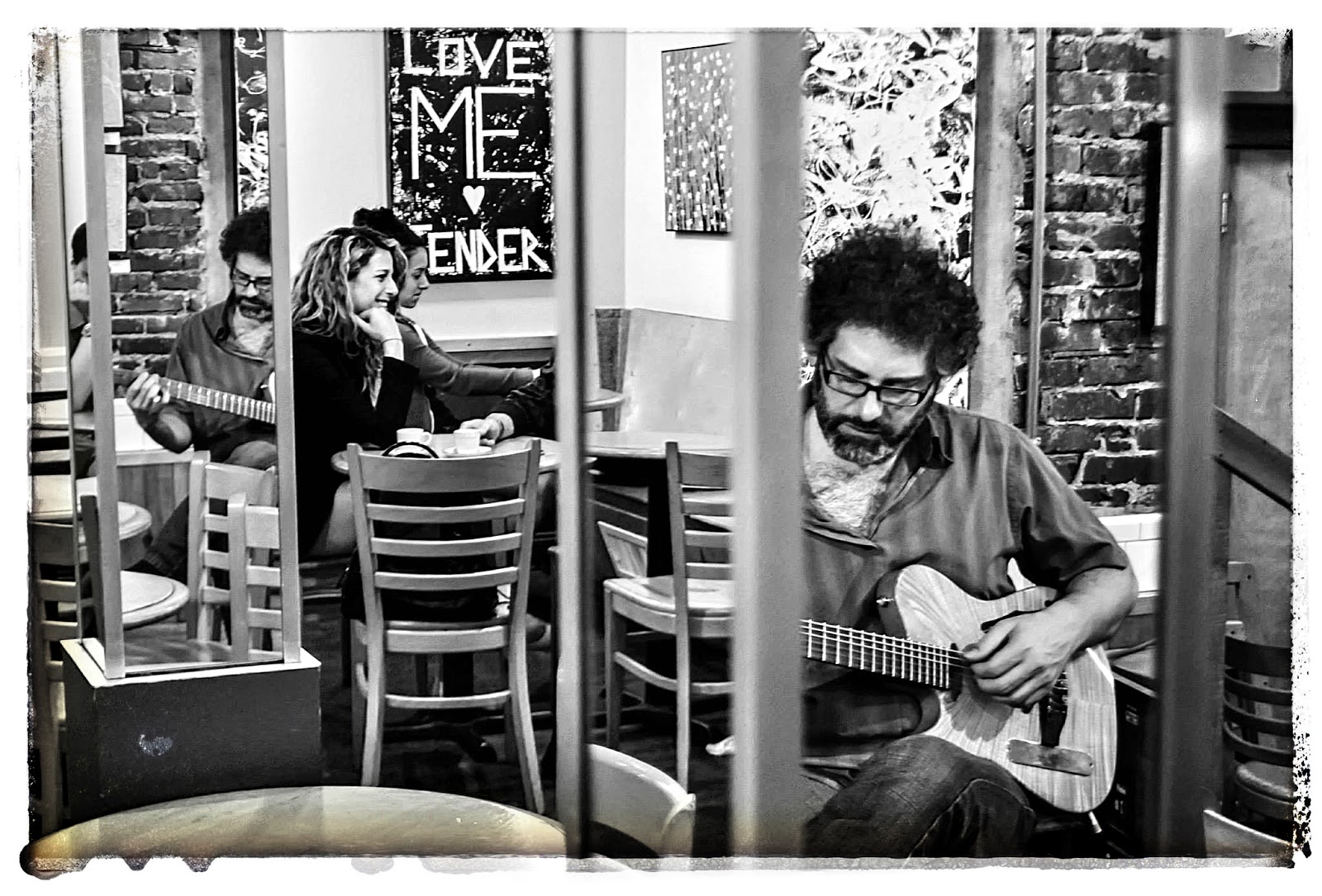 A native of Brooklyn, New York, guitarist/composer/sound artist Terrence McManus
has been called "...one of New York's latest guitar heroes..." (All About Jazz), and that he has
"...hit on an entirely new language." (Gambit), and "...possesses the goods to impart a significant
impact..." (jazzreview.com). He has performed or recorded with John Zorn, Bill Frisell, Don
Byron, Tim Berne, Gerry Hemingway, Mark Dresser, Ellery Eskelin, Herb Robertson, Mark
Helias, John Hollenbeck, and Ben Monder. He has performed at Carnegie Hall, the New York
Guitar Festival, the New Orleans Jazz National Historic Park, the inaugural month at John
Zorn’s The Stone and various European jazz festivals. Terrence was featured in the book, State
of the Axe: Guitar Masters in Photographs and Words, by legendary photographer Ralph
Gibson; the book is distributed by Yale University Press and published by The Museum of Fine
Arts, in Houston, TX. 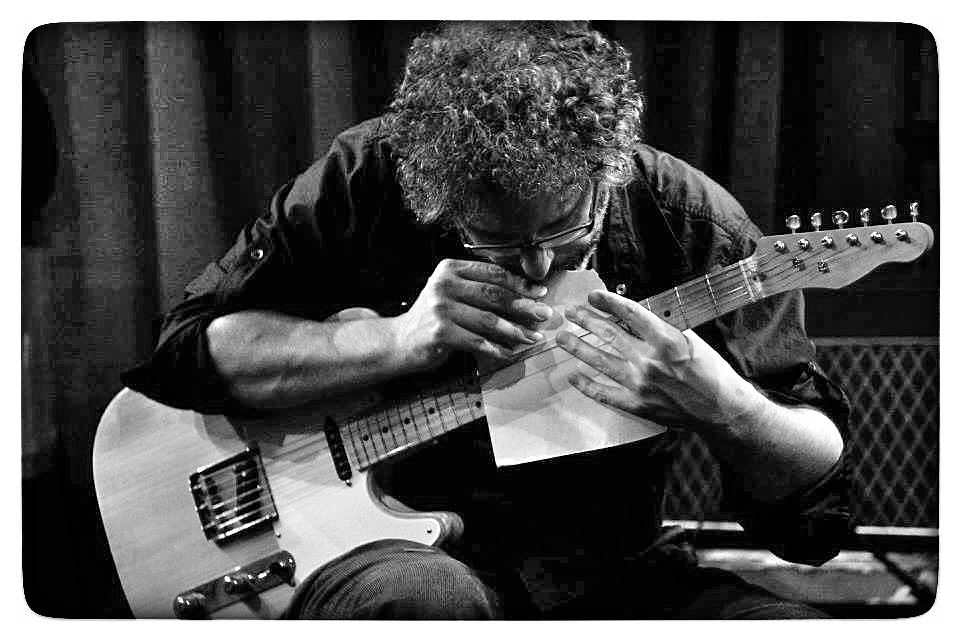 Terrence currently performs with the Gerry Hemingway Quintet, which performed in
Switzerland, Austria, France, Belgium, Sweden, The Netherlands, Germany, Austria, Finland
and Italy in 2012. Terrence is featured on the Gerry Hemingway Quintet release Riptide (Clean
Feed Records), and the Hemingway/McManus Duo release, Below the surface of (Auricle
Records). In 2010 the Hemingway/McManus Duo toured the Midwest, performing and teaching
in Michigan, Wisconsin, Illinois, and Minnesota. In that same year, the John Hébert/Terrence
McManus duo performed and taught in New Orleans, LA. 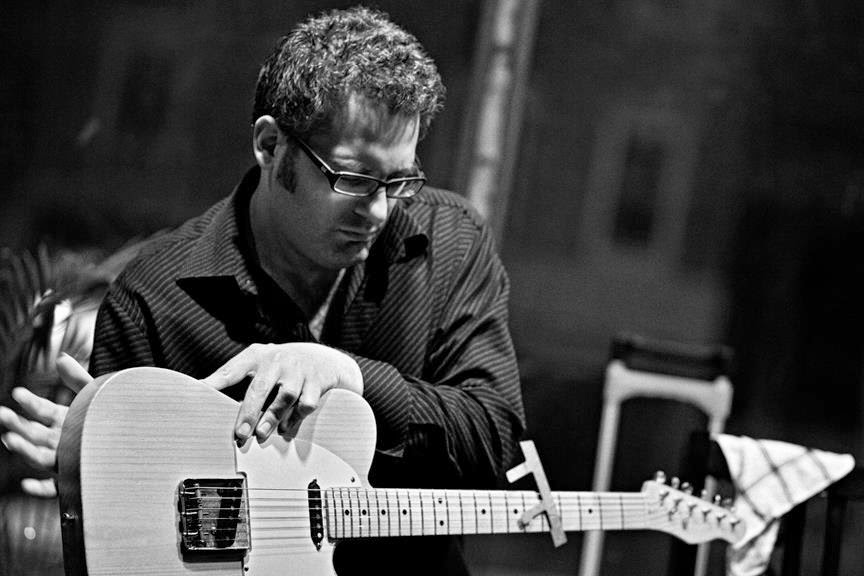 Terrence’s own ensembles include Transcendental Numbers, with Mark Helias and Gerry
Hemingway, which has a recording entitled Transcendental Numbers (NoBusiness Records), that
"...chugs along with the upsurge of a steam engine..." (Jazzreview.com). He also leads the trio
Blood Money, with John Hébert and Randy Peterson, and a chamber quintet with Ellery Eskelin,
Mat Maneri, Russ Lossing, and Gerry Hemingway. In 2009 the quintet premiered a sixty minute,
multi-sectional, through-composed work titled, The Machine; the piece has also been performed
in a trio configuration, and in a solo guitar setting. 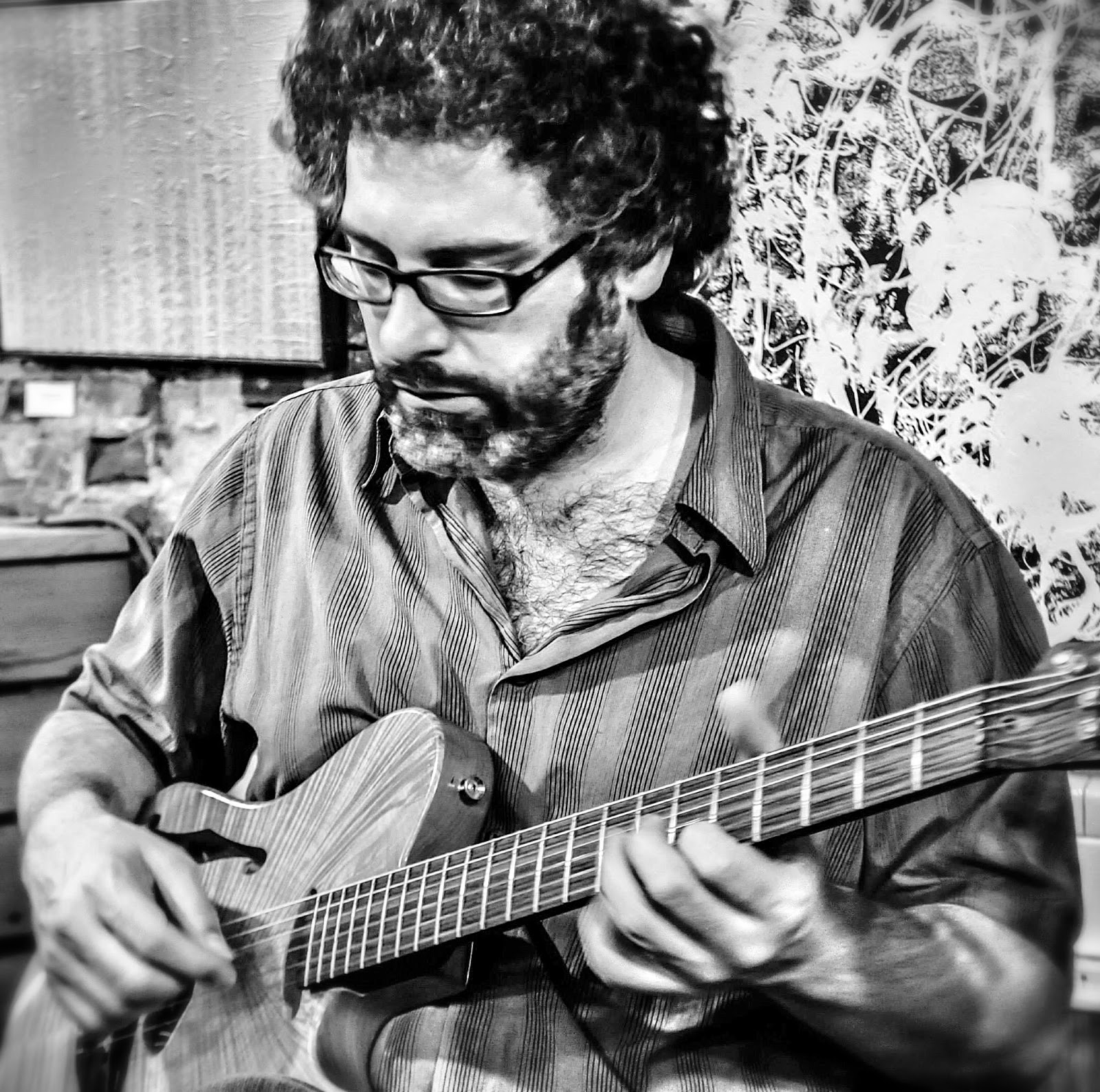 An accomplished solo guitarist, Terrence performs his own works on electric and classical
guitar, and has developed a unique style of improvisation, drawing on extended technique and
prepared guitar. His one solo recording, Brooklyn EP, was described as having "...visceral,
stimulating fabrics." (The New York City Jazz Record). He was invited to perform in the 5th
annual Electro-Music Festival, and has done numerous solo tours, performing in California,
Oregon, Washington, Texas, and Alaska. In 2011, Terrence was selected as a semi-finalist on
classical guitar in the Portland State University Guitar Festival. 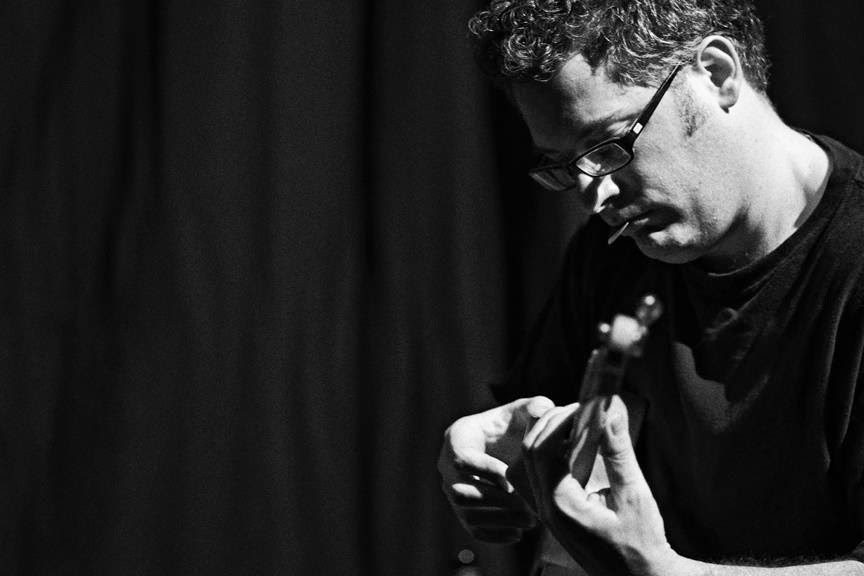 Terrence was selected for a short-term residency in the town of Willisau, Switzerland,
which took place during 2013. During that time he performed in various settings in Zurich, Bern,
Luzern, as well as with Gerry Hemingway's WHO + 2 ensemble in Schaffhuasen, Switzerland
and Belgrade, Serbia. During that time Terrence also conducted a workshop at the Hochshule
Luzern in Luzern, Switzerland. 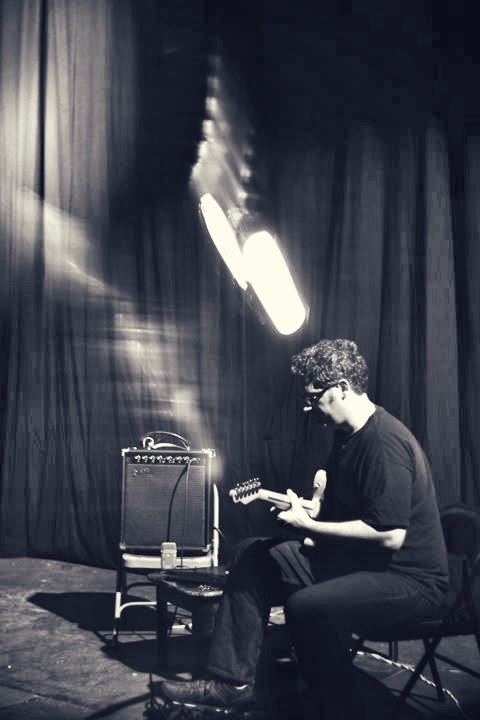 The fact that I had the ability to produce music/sound whenever I wanted, and that the instrument was a total mystery.


What's the main difference between your last and your first recording, in terms of experience?

Hopefully in the later recording I am listening more, playing less notes and the notes that I am playing mean more. The other big difference is the number of days between the first and last recording.

I am still learning. Every time I learn a new thing I realize that I need to learn two more things.

Wich work of your own are you most surprised by?

I'm surprised by any of my work that I actually like. I rarely listen to my work except to figure out how I can improve.


Where are your secret roots?

I prefer to play in all three situations.

Record everything. (Richard Boulger)
Practice whenever you can, even if it's just for a few minutes. (Kevin Norton)

I'm not sure what my first record was, but there used to be a machine in the record store at the mall and you could make your own mixed tapes. It's was amazing. My tapes consisted mainly of metal.
I don't buy too many records anymore because it requires making the decision of what to buy.

I usually use guitars that I made, and I also try to use my hands and brain.

Too many to list, though many are only in my head. I would like to do more in mixed media environments like dance and film, and to play for stressed-out animals. 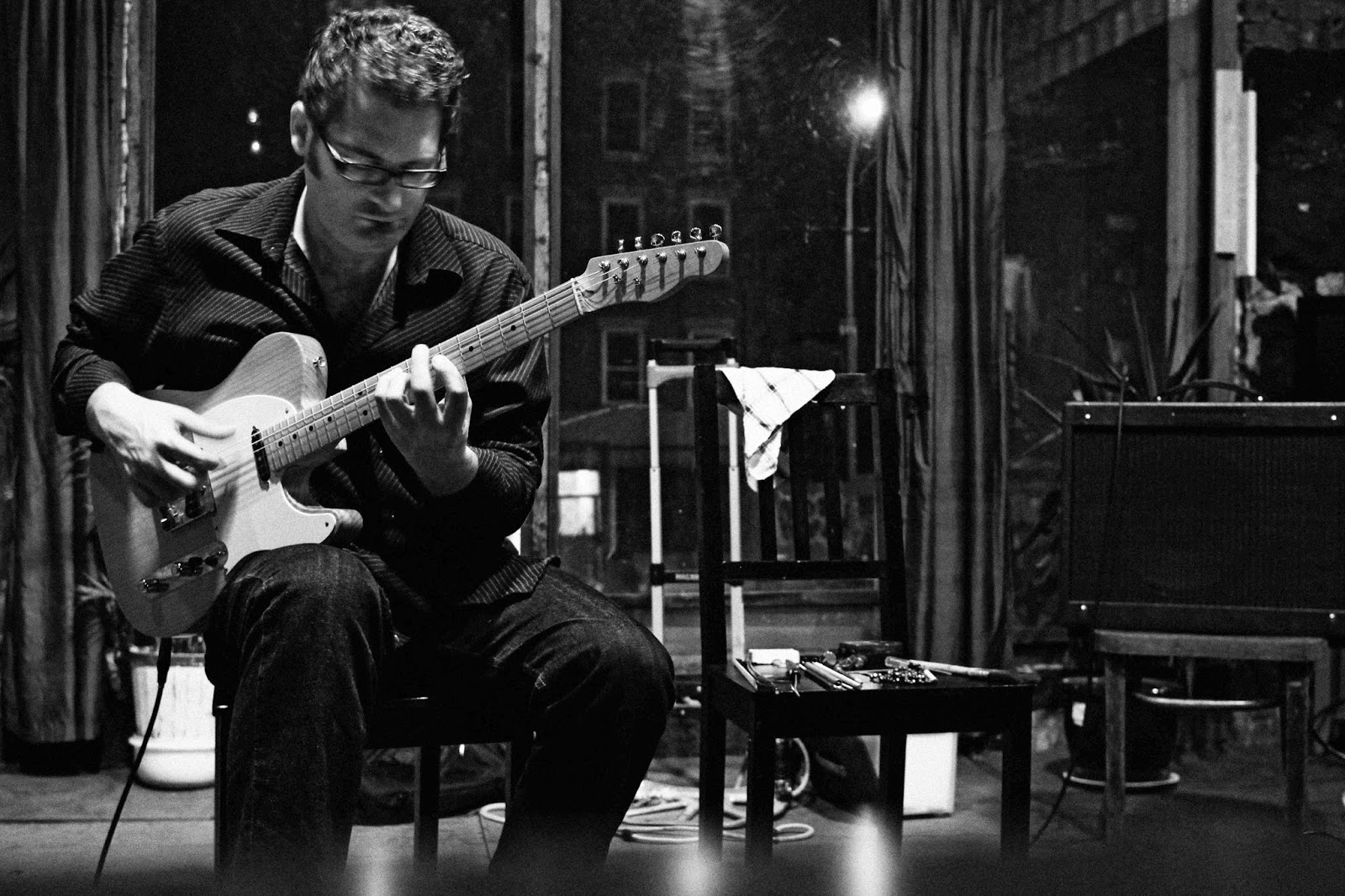 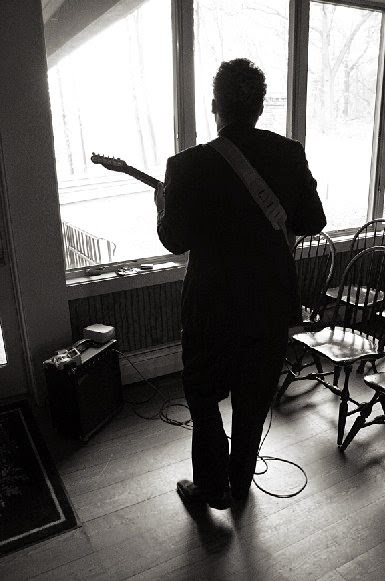