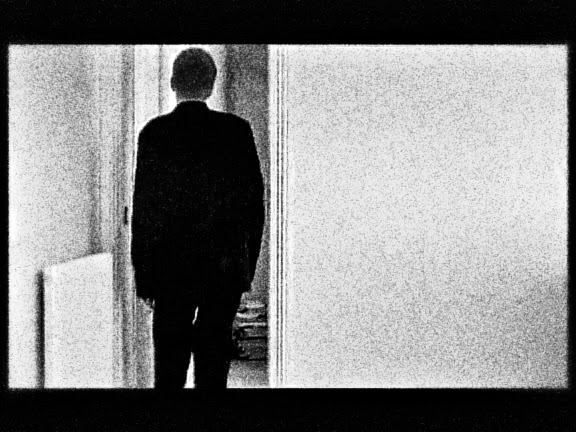 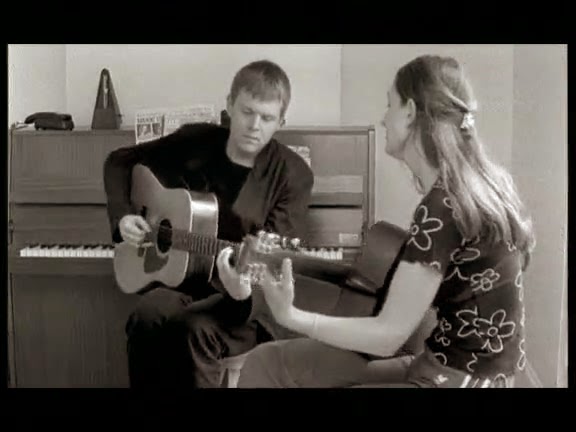 What happens this year?

This was clearly a breaking-turning point for me. The moment where after close to a decade of playing a lot in all sorts of contexts (but still mostly in Jazz, European & French Jazz as they call it) I was coming closer to turning 30. Thirty is I think for most a major moment. All that was happily working for you before and until then starts to go out of order, feel and taste strange. 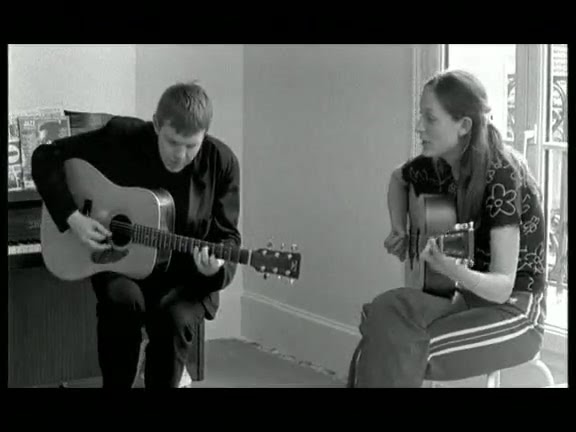 This is a moment were i came to complete total repulsion of jazz solos as they were commonly played at that time (mid-end 90's), meaning tons of notes all over, no particular structure, no tonality really, free but not free, just some sort of endless blow out of vague notes (to me, or as Derek did put it: “sweaty bollocks free jazz”). 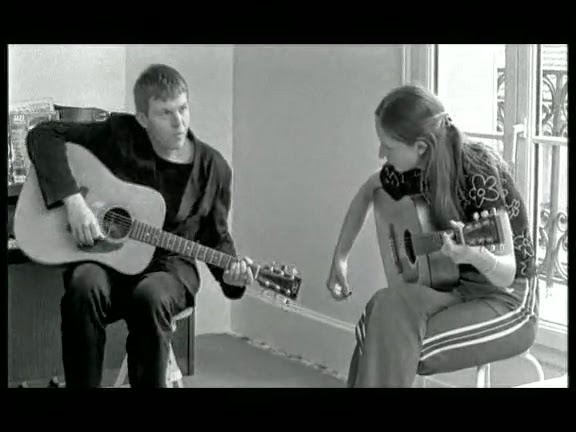 This was pre-Onkyo in improvised music (and came for same reasons I guess). Chicago and Cologne scenes were already active, Vienna probably started too. This is the moment where after months of feeling odd in euro-jazz scene (i felt totally wrong person in wrong place, I came from earlier jazz, I could deal at ease with Bebop, Swing or Fusion even, but that euro-jazz thing i never felt part of it in fact), I decided it was time for me to stop. 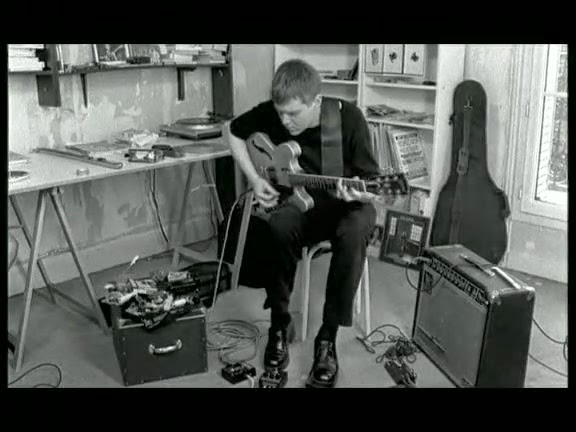 And within a week I called all the bandleaders I was regular in their groups to say: i'm really sorry but life takes somewhere else i'm afraid and i can't continue now, I have to concentrate on next. It was also a moment of schizophrenia that I enjoyed a lot until that time but could'n cope with at all anymore. 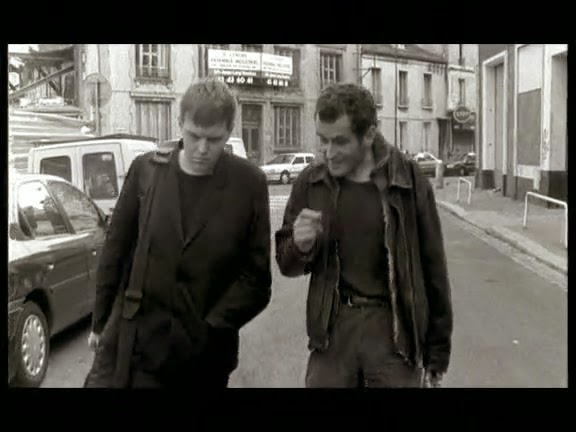 Meaning that I was part of many famous french jazz leaders bands (Henri Texier, Louis Sclavis, Michel Portal, Daniel Humair and many others) but in the gaps, and probably at equal amount, i was leaving to play totally free music, or electronics music, or whatever experiment i could do from post-rock to chanson, theater to cinema, and much more. So here we are. 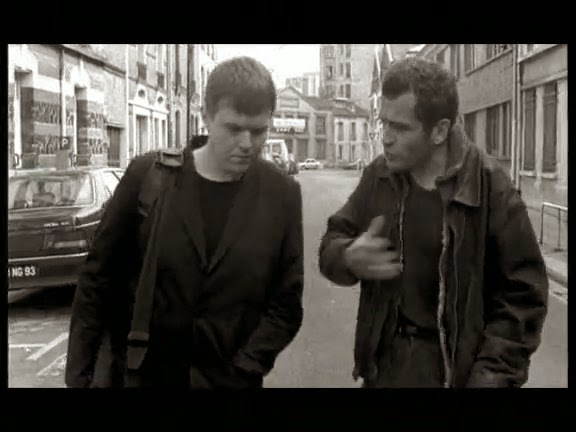 I remember Han Bennink telling us many years after that moment that : until 30 all goes and after it will a serious piece of shit, and eventually if you're still around they may rediscover you after 60. I have another anecdote that was really crucial to me. 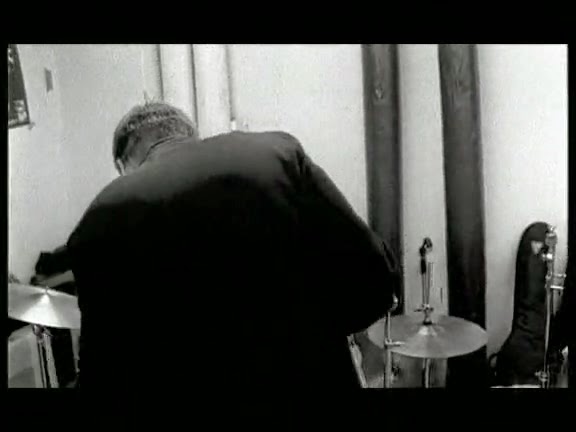 We had played with Henri Texier's large band Mad Nomads the antique theater festival de Vienne (France, under Lyon), a huge beautiful venue. And I was often using by then a K7 player into my guitar pickups, at first using sounds but soon also sentences, phrases, words. 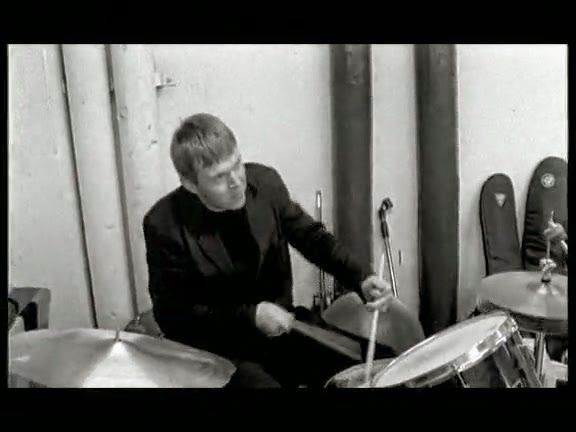 And that evening I did use don't ask me why some Jacques Chirac speech for European Union, but Henri (i use to play loud) didn't have any guitar in his monitor and the stage being really wide, something happened: audience started to react to those tapes and speeches I played but Henri had no idea what was going on, he got pretty upset too because it was a live broadcast and TV was also filming that day. 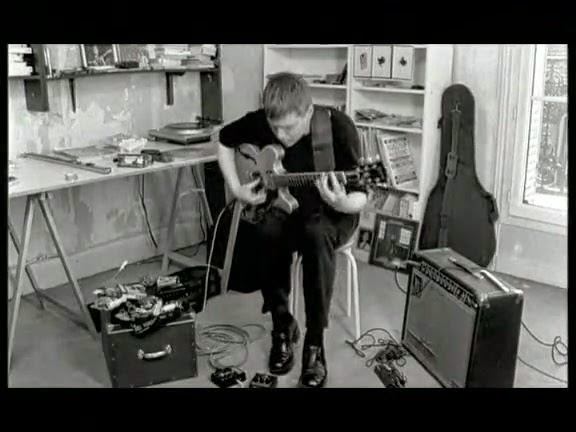 Anyway the incident stayed there but some weeks later I came hom after a sort of long solo evening drinking wine outside and really down about this situation and changes to come, and once I came back this Concert was on TV showing. And what did I saw There? 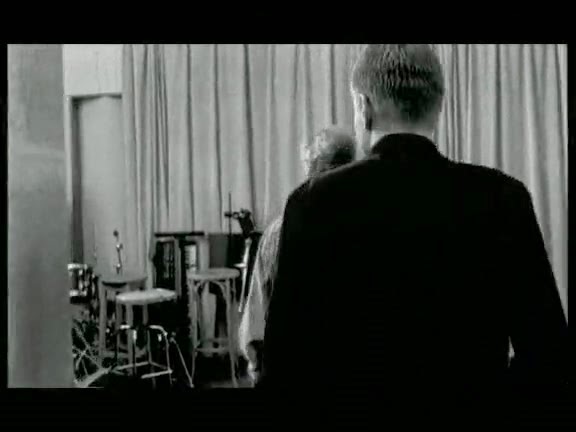 The band was compact in the center of stage altogether, but one guy was playing ten meters away, and this was me... it couldn't be clearer. Also you can see in the Jour de Noël Film that I use to make my hair, dress different etc ... 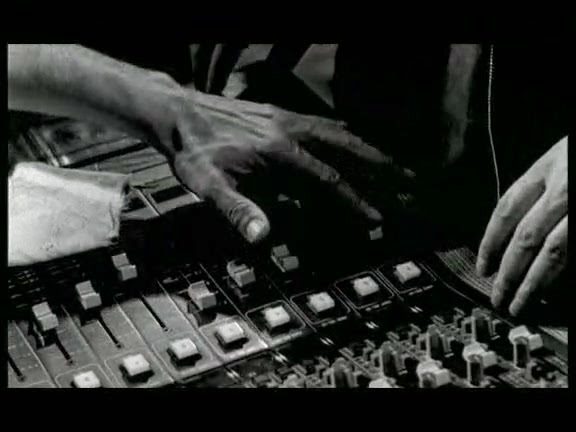 I guess it was un unconscious reaction to me not being part of the group. And Really in less than a week i canceled all my participations to any of those bands, and never came back since nor could imagine i ever will. 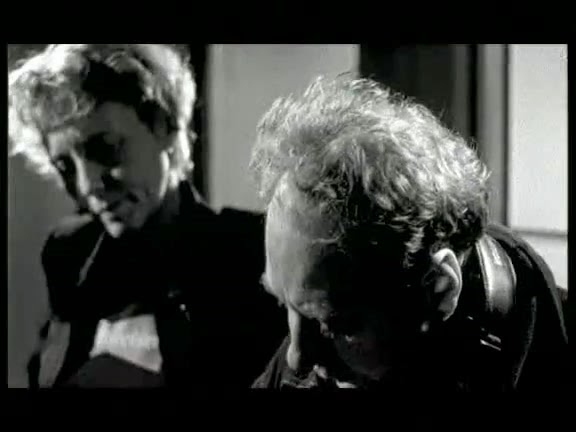 90's were generally a great moment of openness. Each niche or genre seemed bored by its own scene and it was a moment of many crossings, testing, trying experimenting. Instants Chavirés had opened some years before but was now clearly the place were all this was happening. 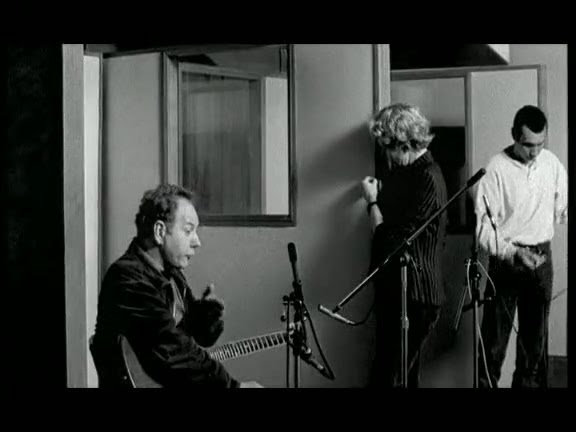 I remember getting them into Tim Berne who playing the New Morning usually but that audience was spare and not into it really, whereas at Instants it was incredibly packed (the Live in Paris album for example on JMT). It was a moment for me where I felt i could go further and try any other form of expressions. From cinema to writing, other musics to producer, starting the Rectangle label with Quentin Rollet precisely because there were a lot of exchange and releases we didn't find and so just produced them. 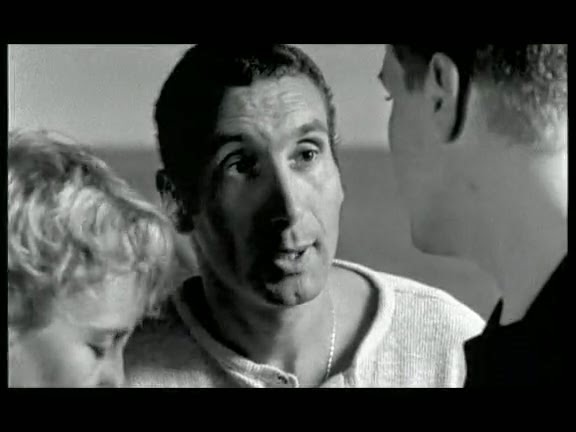 But generally any changes in social life cultural life is very short, it starts and goes maybe 3-4 years intensively, then establishes on maybe 6-7 years and then repeats and gets the new mainstream standard but stop really moving I find. Then came 911 and all closed down totally for long years, I only feel it starts to uncover a bit since couple years, its not there yet back but let's say its a positive situation (positive creative situations often goes with social tensions and pretty negative social moments i'm afraid). We'll see. 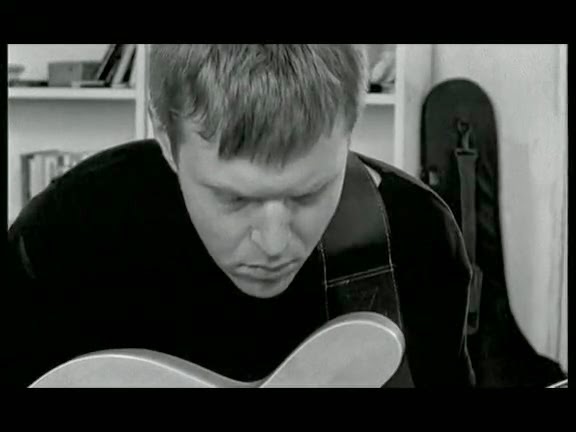 who are the others? where are they?

This film is “structurally” probably pretty unique because its a fiction based on reality and this is “my life”, at that time. Weird thing in the process is that everyone else is acting in this film (Lol Coxhill maybe not) and most are actors (Claire Denis also not exactly but she knows how it works) and me i can't act and have to sustain or reply to all of them about my own life. We “co-wrote” the script with Thierry Jousse the director, we were close friends and use to see a lot at this time (we're still good but don't see often today). So i told him many many stories and anecdotes of an under 30 french jazz guitarist and we asked also some good friends to script more some scenes. 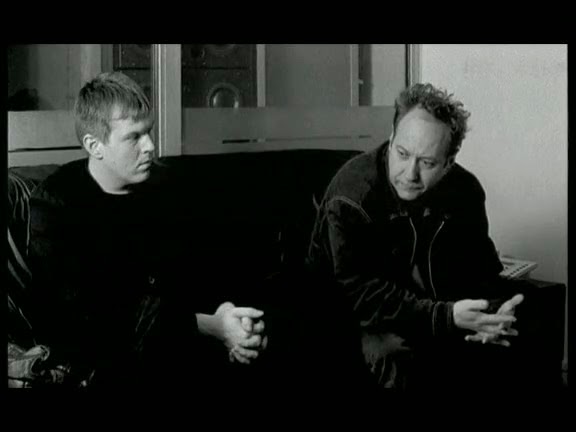 But all is true inside. During the first days of shooting (and i was more than ever then a cinema addict, i often thought to stop music for starting cinema, seriously), after maybe 2 hours of setting things, came out of the blue Youssef Chahine, Dominique Besnehard and Anna Karina on the set, just as neighbors or passing by. Youssef sat in front of the studio scene and watched in silence who we worked. I almost collapsed, that i had to act in front of them, most my heroes. 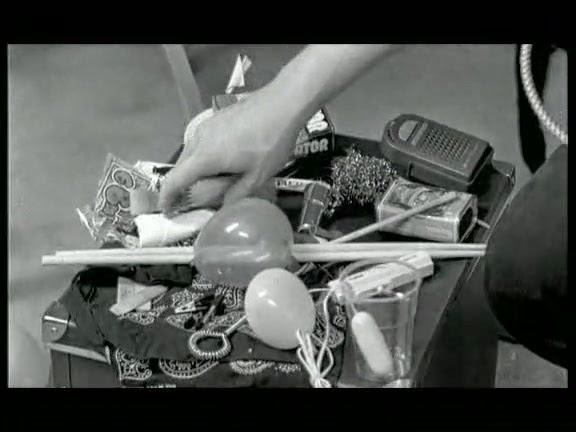 Maybe the main thing to underline here is that also something was in the hair, people like Marc Ducret, Yves Robert, Dominique Pifarély and many many more of my own generations really believed Jazz image was terrible and we weren't at all part of it. We believed you could play free improvised music and be cool, be part of your own times, love clothing, fashion, design, clubbing but just play what we played. Such an Utopia sounds insane today, but i remember well and somewhere i still feel that way. 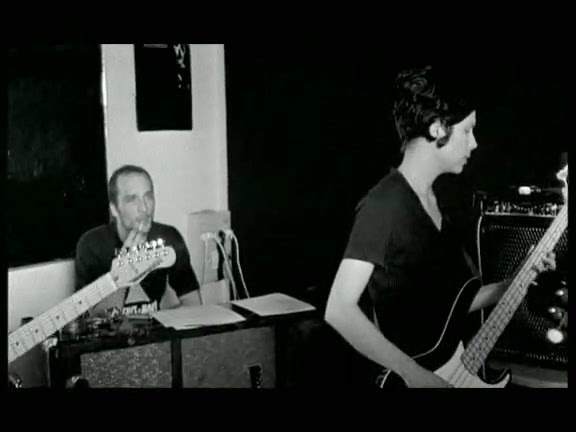 sorry but this wasn't exactly young days because i start professional gigs with 14 years old and had a long professional life before i started to be more visible by jazz press for example, this was almost 15 years after. A sort of pre-maturity for me maybe. 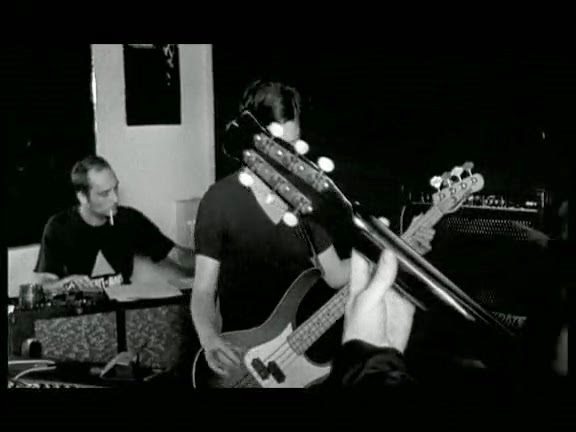 I know its a bit of a cheese cake to say but really Jazz and Cinema are like cousins
or sisters to me, which means also they probably passed away same moment (end 80's).
It has been absolutely central to me, a lot of film people were major influences for me from Maurice Pialat to Jean-Luc Godard, Serge Daney to André S. Labarthe, Fassbinder to even Wim Wenders. Also I had noticed that all great historical film directors were total artists, people who could have well and probably way more easily made incredible social success if they would have stayed in one classic form, but they risked cinema cause it was a blank sheet to write anew again, and this rarely happened in 3000 years of history. Today I only watch (mostly) TV because of many reasons that would take 180 pages to detail but because its where we are I guess today and its nothing negative at all to me. But something else obviously. 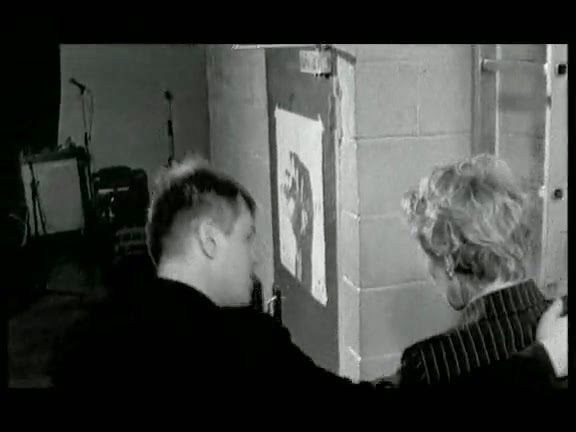 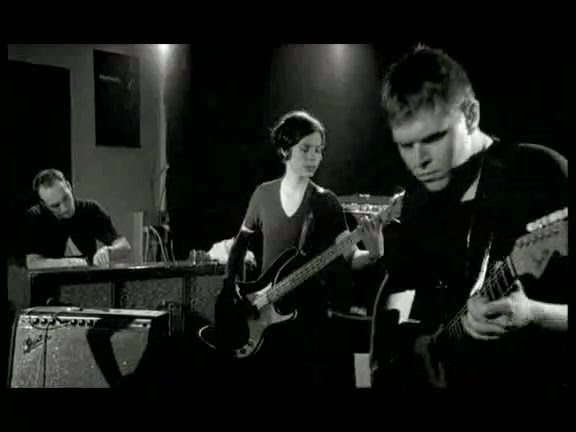 Another film at hand?

I played, acted etc or worked on quite some films around this time say from 90's to 2000's, and it came less since. I wanted to do everything in cinema but not soundtracks in fact. But after some years now i realized that Soundtracks are exactly what I wanted to do before in cinema (affect films). Maybe it was my problem with guitar that I loved it so much but was crashed literally by too strong heroes (me also making an heavy pantheon there). Today i got way more at ease and peace with Guitar Playing and it happens that the best way I could contribute a movie is probably by playing guitar on it. Which i started again to do sparely but surely. I wouldn't be surprised more comes in the coming years. 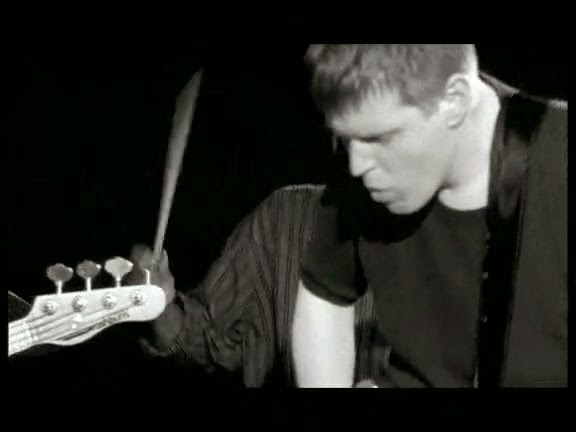 I think i have a pretty cinematic way to play guitar. And it shows I find when I play for films. The only Thing I really dislike is play Live for Silent Films or even any sort of Videos. I love Silent cinéma so much and i used to go see a lot lot of them in theaters where you hear the sound of the projection, the small swing of the rolls...... Generally (say evolve maybe too) in circles so that were i come from is always expected to come back where it was or was left. This said means I certainly will meet cinema again in my future. 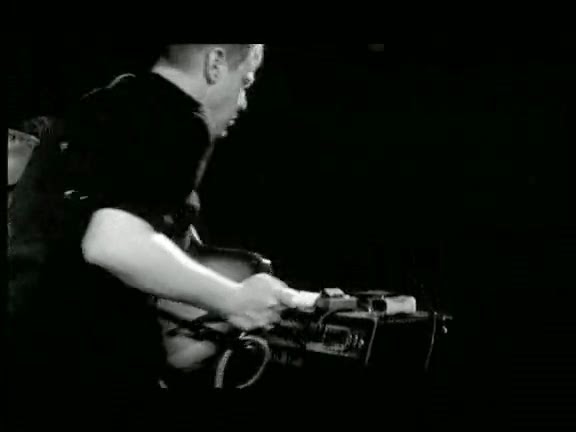 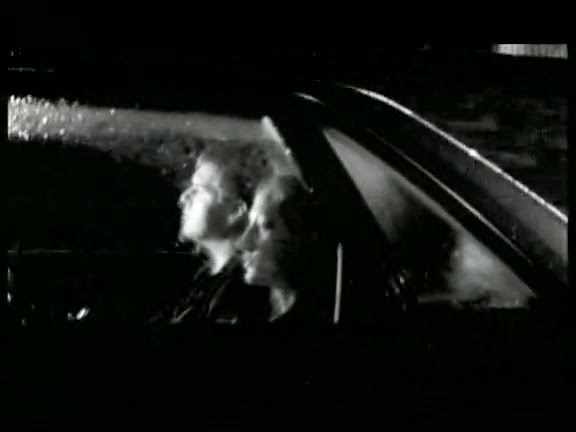