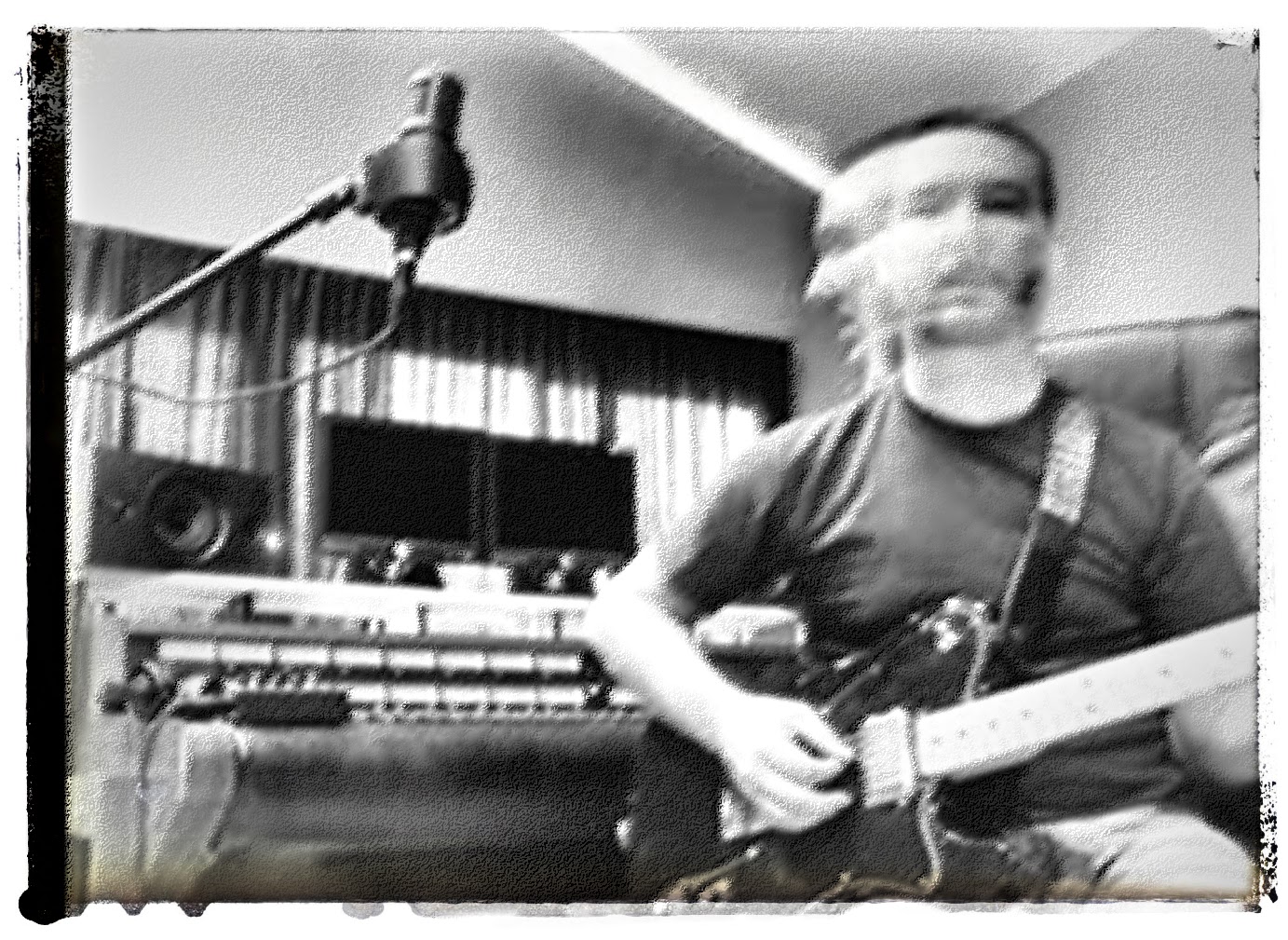 Tate Eskew has more than 20 years experience as a sound engineer, musician, and software engineer. He uses this experience and his fervent interests in ecology, regenerative design, and reconnecting with his own Cherokee ancestry to create a linkage between technology and nature through music.

His process employs writing code to create his own unique guitar sounds; using the studio as an instrument to create timbrally rich sonic building blocks; and finally playing the guitar to combine these units into delicate, occasional textures, which change with every performance. 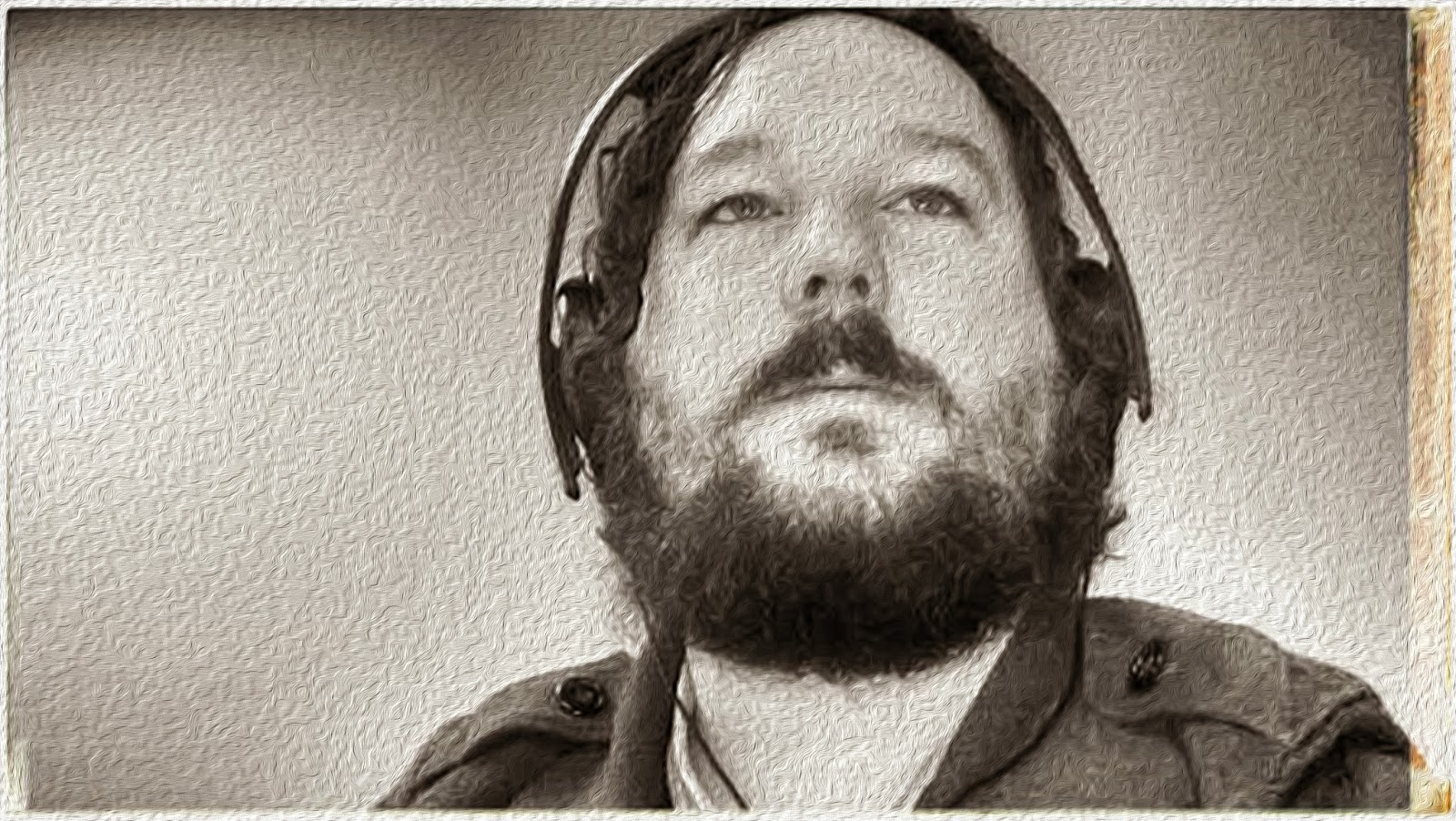 He created Zero Art Radio in 1997 and with the help of friends and the community they managed to keep it alive for nearly 14 years. It was a large part of the independent music community in the early days of online communities and helped shape the self-distribution paradigm during the time the project was alive. They've since moved on to building other communities. One of which is the collective, Functional Equivalent Recordings.

Tate is also a contributor (both testing and monetarily) to Ardour, a free (as in beer and speech) open source digital audio workstation. He also contributes to Ubuntu Linux and various other open source projects, with open source being a vital part to his ethos. 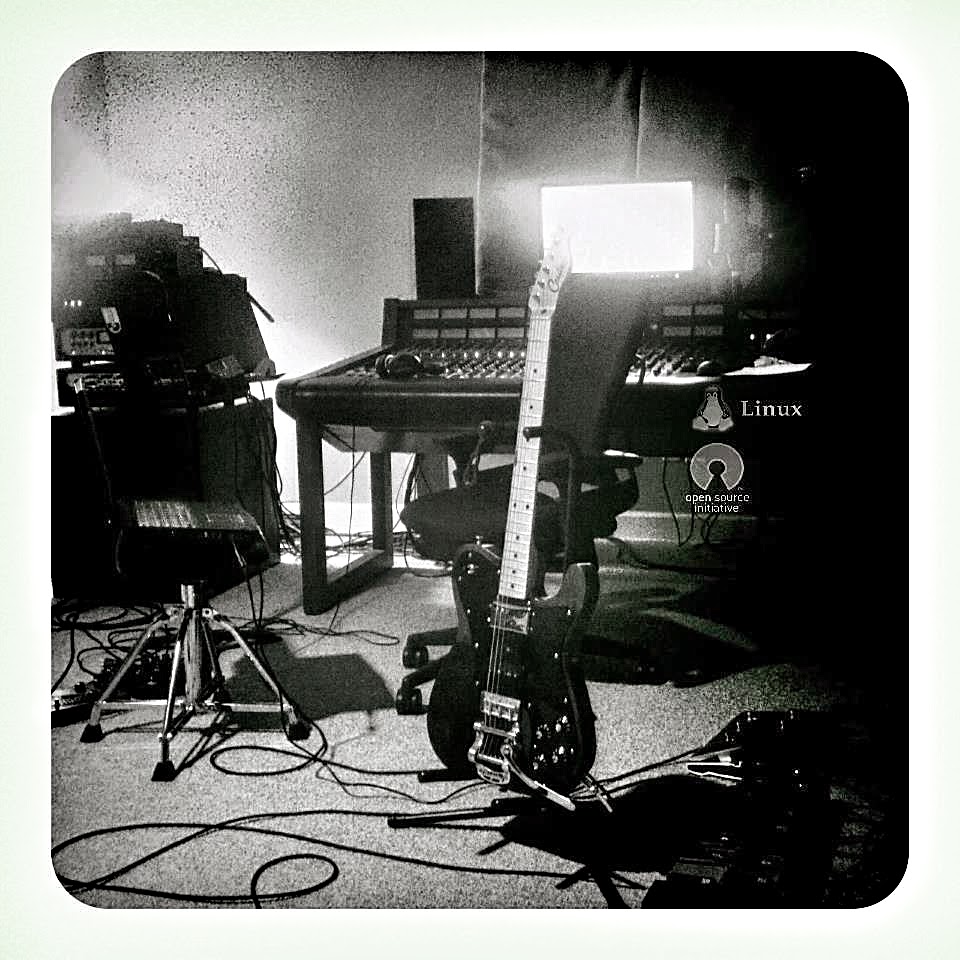 Tate has worked as an engineer on lots of albums, tv shows and films. Recording in some shape or form since he received a Califone cassette recorder while still a child, he's been professionally doing it for the last 20+ years. While working on these albums, tv shows and films he has collaborated with, in his own words... great musicians, horrible musicians, well-known musicians/actors, non-well-known musicians/actors, amazingly wonderful people and amazingly terrible people. During his recording career, he spent nearly a decade as a recordist for The Simpsons and King of the Hill. He's still very active in the recording world and is available to record your album, or collaborate with. 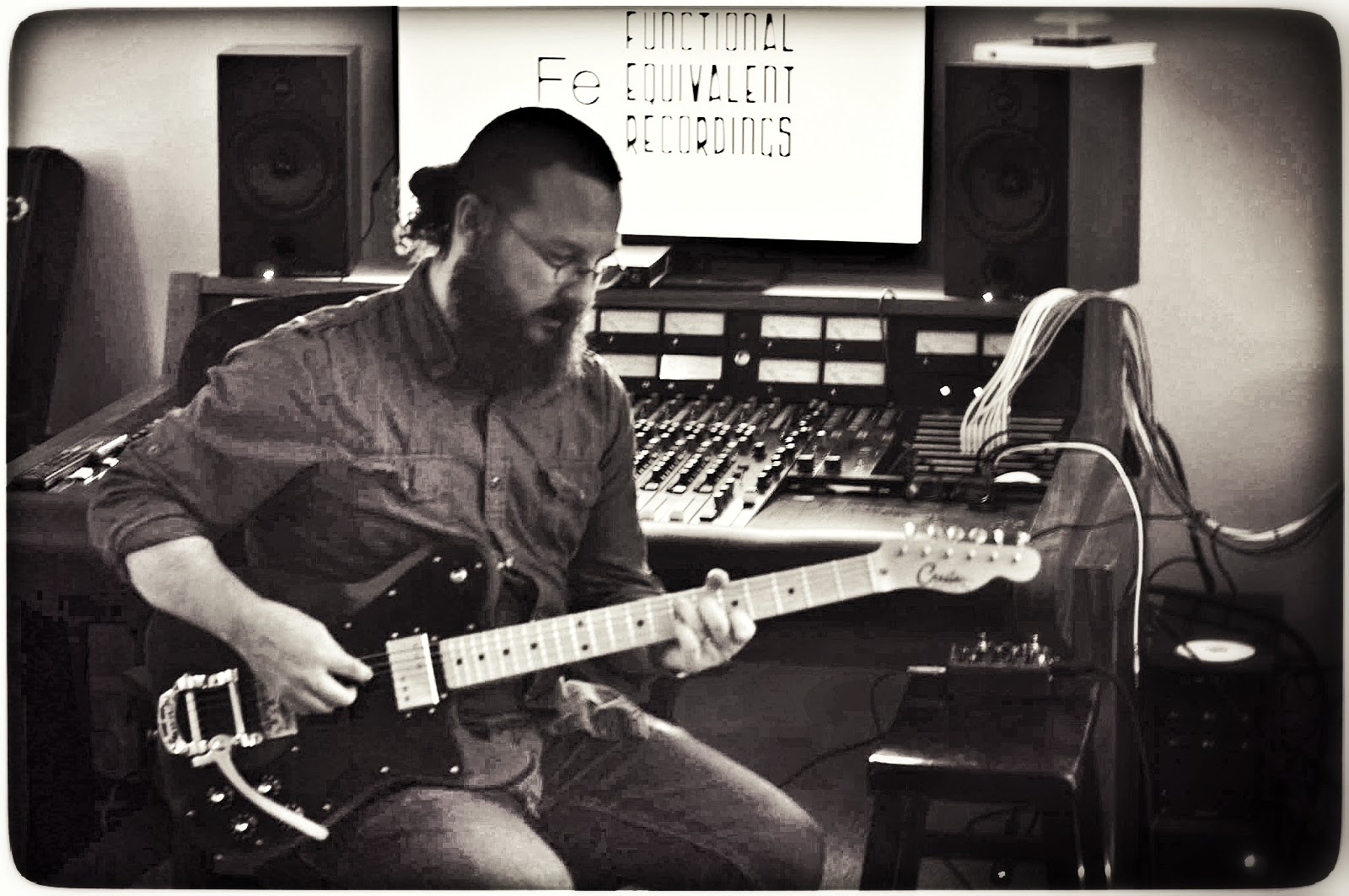 Eskew carefully orchestrates layers of swirling guitar, drums and melody with explosive bursts of noise and disorder. A self-proclaimed studio rat, Eskew labors endlessly in his own studio creating music that evokes such descriptions as "liquid flowing through a chaotic mess of lines" and "raw, with otherworldly sounds and atmospherics." Complex declarations for complex music. 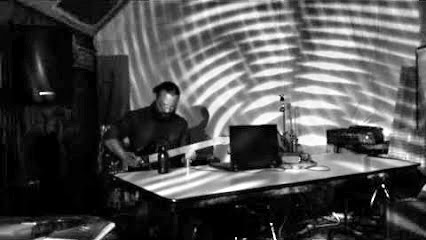 Eskew’s works are sorts of astonishing expression and ingenuity. Intricate arrangements of guitars, distorted  organ and drums frame Eskew’s intimate vocals, moving from delicate finger-picked notes to large rock crescendos, and back again. Songs from Eskew’s collection often start in a traditional directive but soon turn unexpected corners, later blooming into a wash of melody and noise. Throughout every track, Eskew’s obsession with refined composition and studio experimentation shows.

Absolutely, there were many, and still are many sound experiences that contribute to me starting to make music and help me to continue making music. The two biggest for me were bird songs while walking in the woods, and songs crackling from vinyl in my basement as a child.  I would spend so much time recording things in the yard, at the lake, and in the woods onto an old single mic cassette deck (it was a Califone). The other was just hearing things like Tomorrow Never Knows coming off of the turntable. But these things never cease.  To this day, these things and many others sounds contribute to me continuing to write, record and perform. Not sure that will ever go away at this point.

I’m not sure that I expect anything from it.  I do have some preferences with regards to what I like about music, but that too is highly dynamic and always changing.  One exact preference would be that I want an expression of an experience in there somewhere. Just a thread of that and it has potential with me.

To be honest, it was because I was inundated with music as a child that I probably picked up the guitar. My parents would play records on weekend mornings and sometimes into the evening. It was probably a Beatles or Sabbath record that was the initial culprit. Of course, over the years it has turned into something completely different that inspires me, pushes me, and presses me to use the guitar.

Grateful and kind.  Those that create out on the edges, but are good listeners. You have to be a good listener. Get to listening!

Stay honest with your experiments and art. Get more rest. Continue your exploration on all things dealing with patterns. Keep nature close..

As far as dead artists go, I probably don’t know their name. It’s maybe a plains Native American whose song we never got to hear.  Or perhaps, any one woman throughout history that was deterred from being an equal part of society with her songs of struggle only to be heard in her own head.  As far as living goes, I’d love to collaborate with David Daniell, Andy Partridge, David Kilgour, Mike Cooper...wait a sec, this could take a long time, but those four come to mind very quickly.

I have often thought about this proposal of a sound “you are looking for”, but I always come back to the idea that a lof of the sounds find me, as well.  I can be down by the convergence of two creeks, sit there for 2 hours and something finds me.  I can also be improvising in the studio or field recording and something will find me.  I think I’m also always looking for feelings and trying to get those across aurally. All except nostalgia.  I like to say that nostalgia is a mild form of depression. It’s often a misrepresentation, as well.

Stunning.
“Do not speak, unless it improves on silence.” 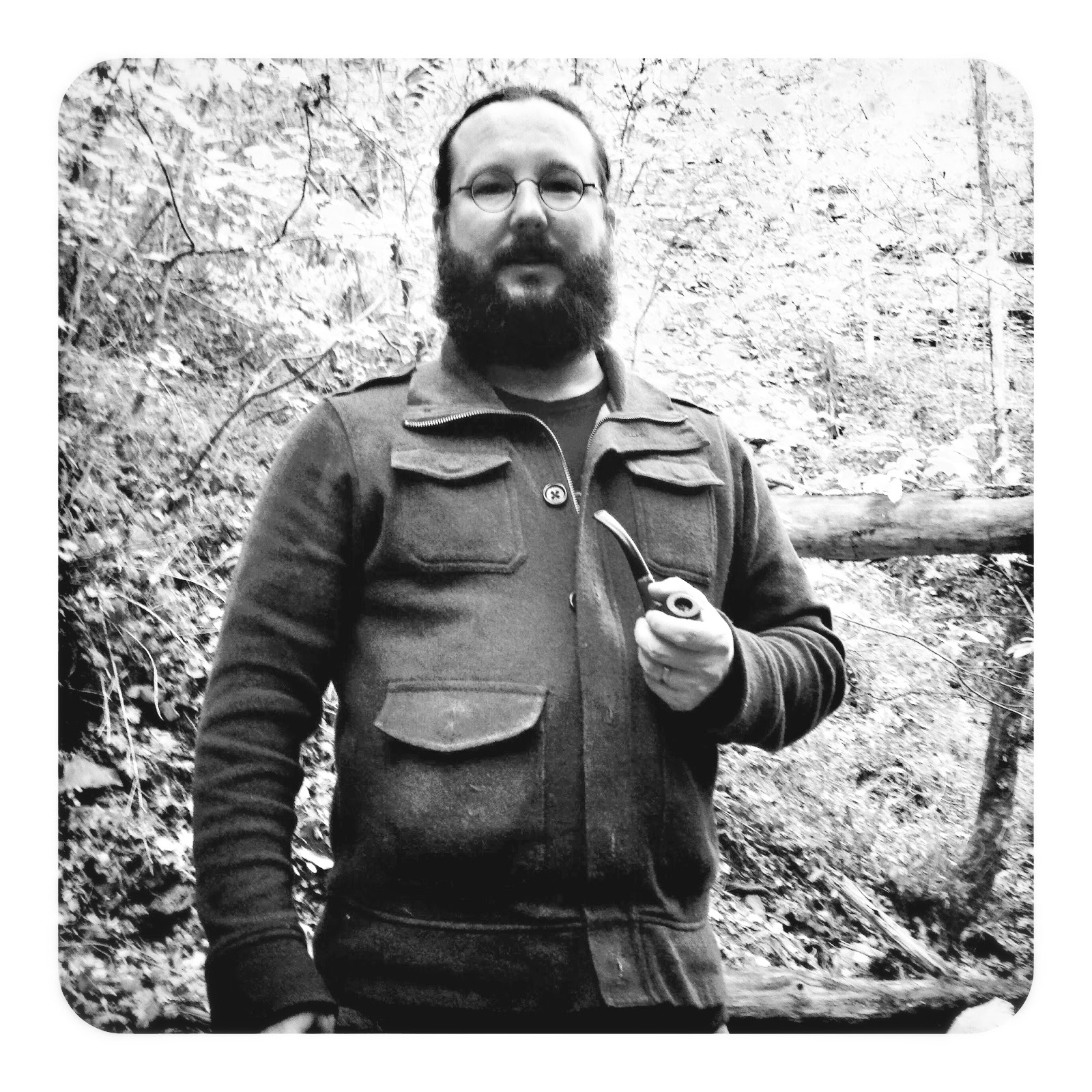 I’ve received lots of wonderful advice over the years, and some awfully terrible advice, too. I often remember my father telling me to “Take care of your shit.”  That’s good advice.  Whatever your shit is, take care of it.  Your art, your mental and physical well-being, your partner, your kids, your ideas, your community, your place in space.  Take care of that shit.

Anything and everything. I’ve spent over 21 years working as a recording engineer as well, so the recording studio is a huge instrument in my writing process.  So that includes my 1973 MCI JH416B console, various outboard gear and microphones.  As far as guitar stuff goes, my main guitar is my water tank custom built by Creston Lea.  Here is a link to the guitar with pictures and a description: http://www.crestonguitars.com/guitars/tate_eskews_water_tank_custom In my effects chain, I have a few analog pedals that I enjoy (Prescription Electronics Experience, Analogman King of Tone, etc) and I build a lot of effects within Max/MSP, Pd, and a couple in Python. For looping/droning, everything is captured in either Ableton Live Looper or Moebius Looper.  These loopers and some of the effects are controlled with a Keith McMillen SoftStep.  That all goes out of 24bit converters to front of house or various sub-mixers, depending on what other instruments I have with me.

I always have a lot of projects going on, but I have 2 full length albums that are nearing completion.  One is an instrumental guitar piece in 5 parts.  It’s based on the Holocene epoch in which we live and the 5 chronozones represented within it. It spans the gamut of improvised, drone, and treated guitar... all while using the studio as an instrument. The other project will be released under my name as well, but it’s more of the song oriented stuff I do.  Guitar, drums, bass, vocals...everything in a mess of noise, but hopefully still melodic at times.  I have nearly 135 mins of new material pretty much done.  I need to get some of it released in the near future and these two albums, both about 37-40 mins in length, are the closest to being at a point where I want them in the world.  In the future I think I’d like to collaborate a bit more with other musicians on some recordings.  My friend Chris Davis and I started an art series called FMRL - http://fmrlarts.org - here in Nashville, TN, and we’ve booked a lot of wonderful artists and it’s really inspiring seeing their work. It makes me want to get some of them in the studio and work something out together. 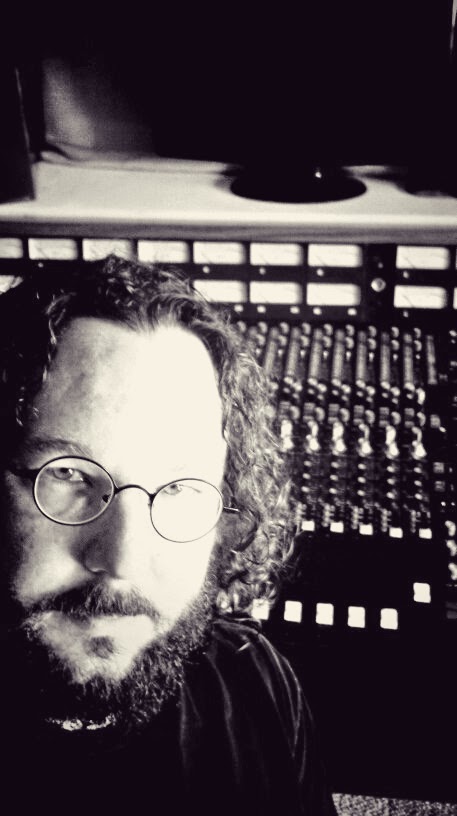