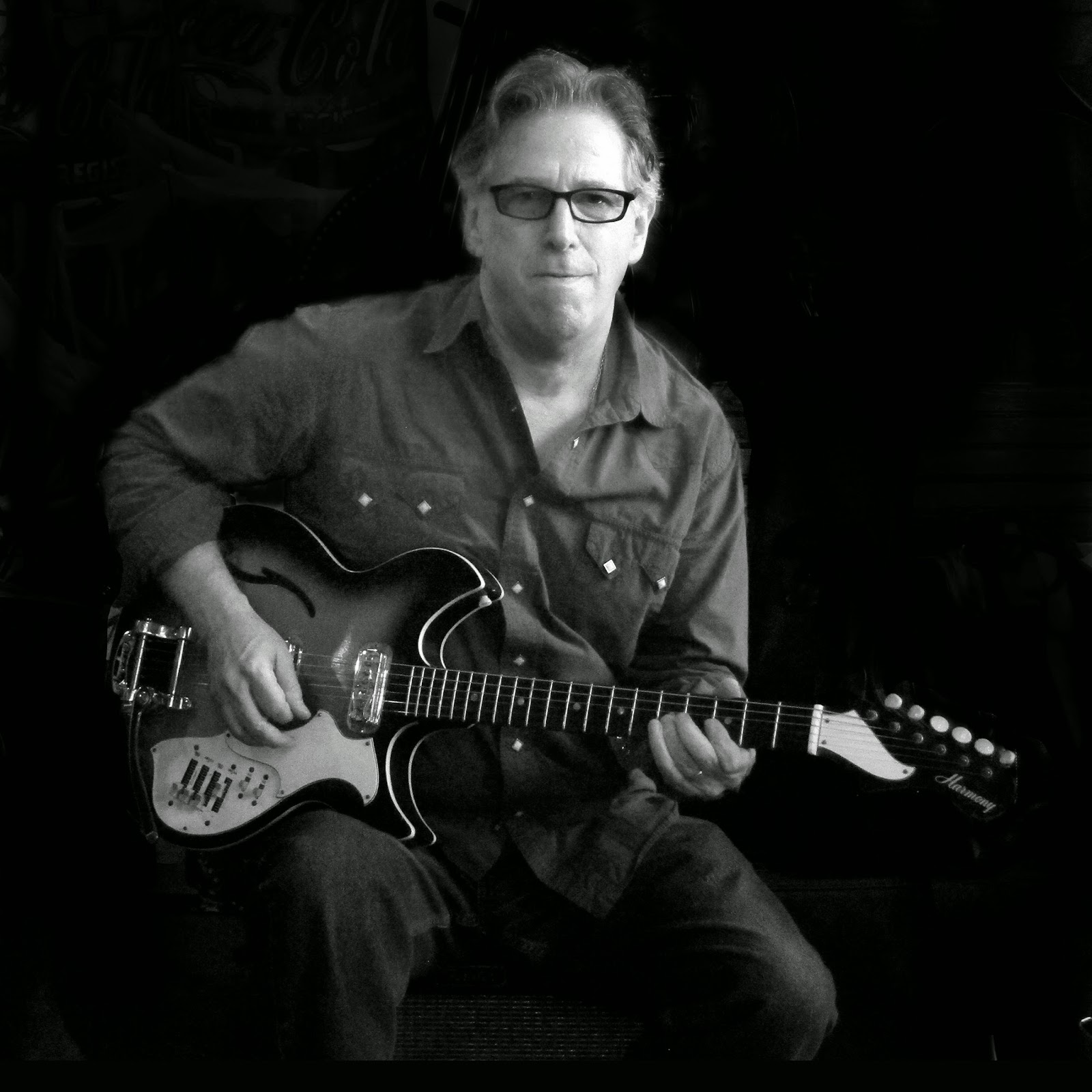 
Michael Ross (aka Prehab) came of age in the often over worshipped musical era of the Sixties. He began on violin at around nine years old, then took up guitar and upright bass in his teens. Attending college as an English major, he was exposed to the Who, Jimi Hendrix, The Band, Tim Buckley, Howling Wolf, and drugs. He abandoned college to pursue music. 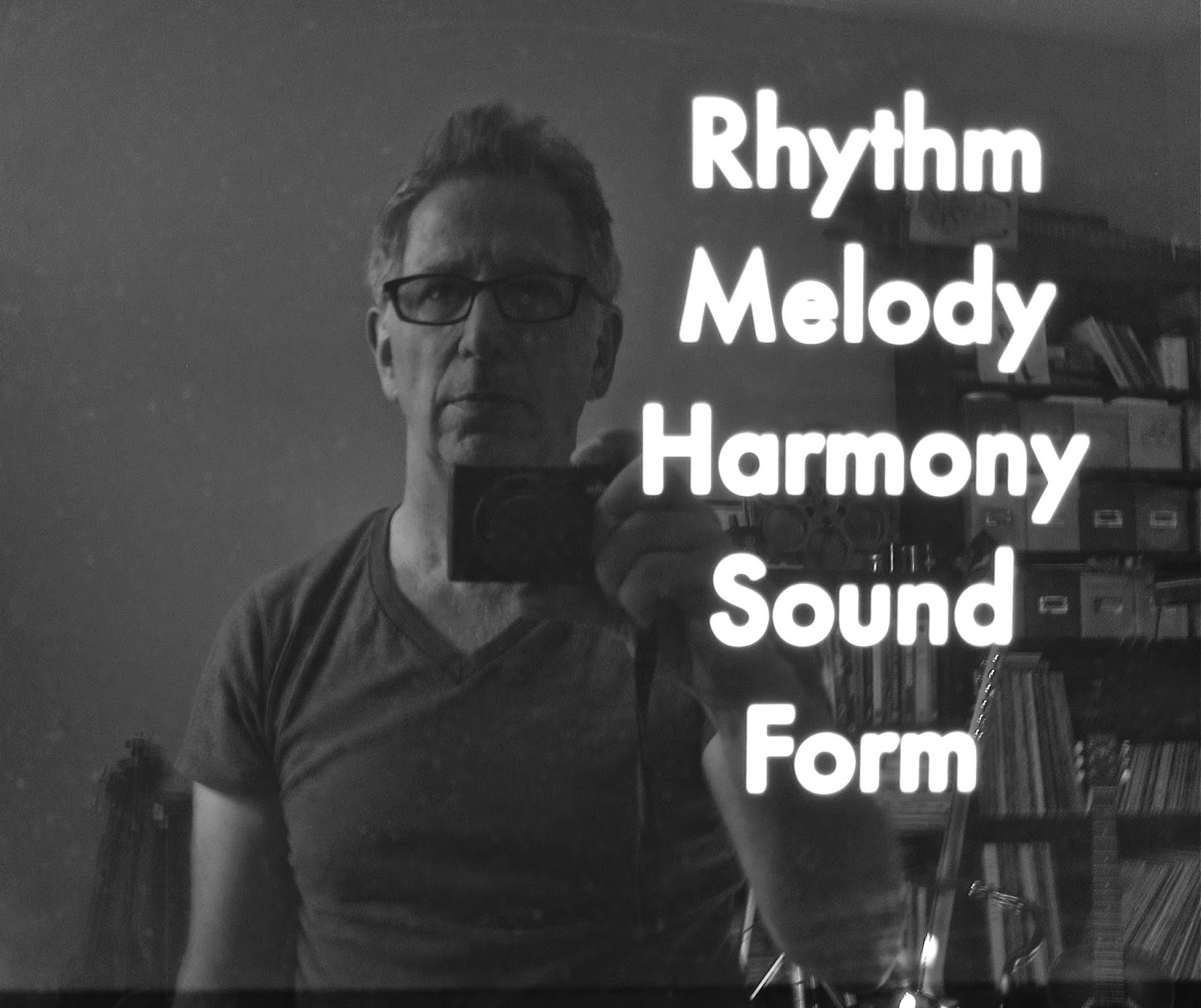 Living in New York, Ross learned to play bits of everything, including: blues, pop, jazz, and country. This came in handy when he had the opportunity to tour with folk legend Eric Andersen in the early Eighties.
Making demos with his pop band, he developed producing skills that would serve him well when producing two acclaimed records for blues artist, James Armstrong, with whom he had toured while living in San Francisco. While in the Bay Area he mostly played country music for a living, while expanding his musical horizons with The Potato Eaters, a band made up of former members of Snakefinger and the Residents, as well as renowned Avant-garde drummer Gino Robair. 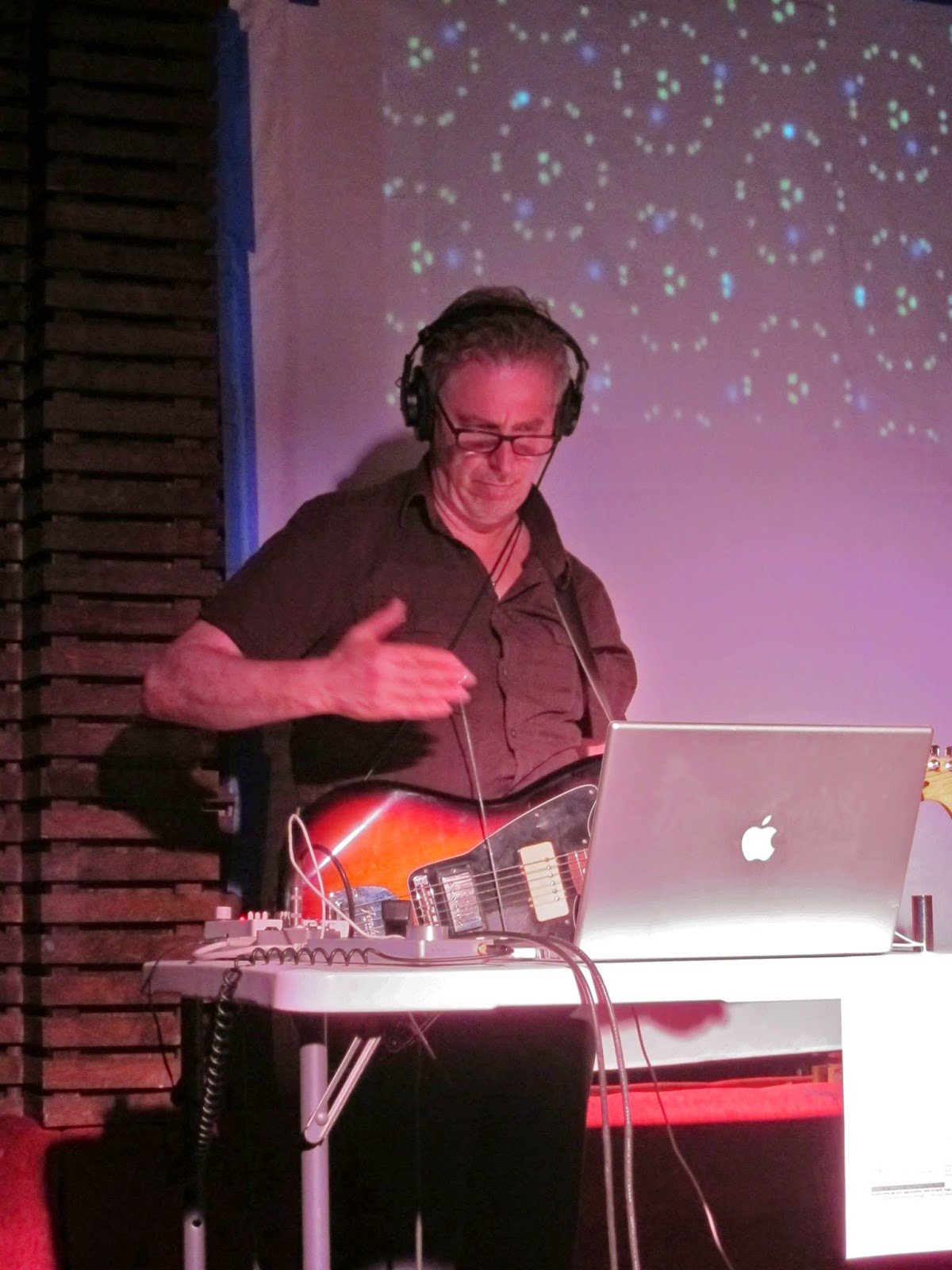 Ross began writing for magazines while in San Francisco, including Stereophile and Guitar Player. He also wrote his first book: Getting Great Guitar Sounds, for Hal Leonard. The book stayed in print for 25 years and is still available as an ebook. 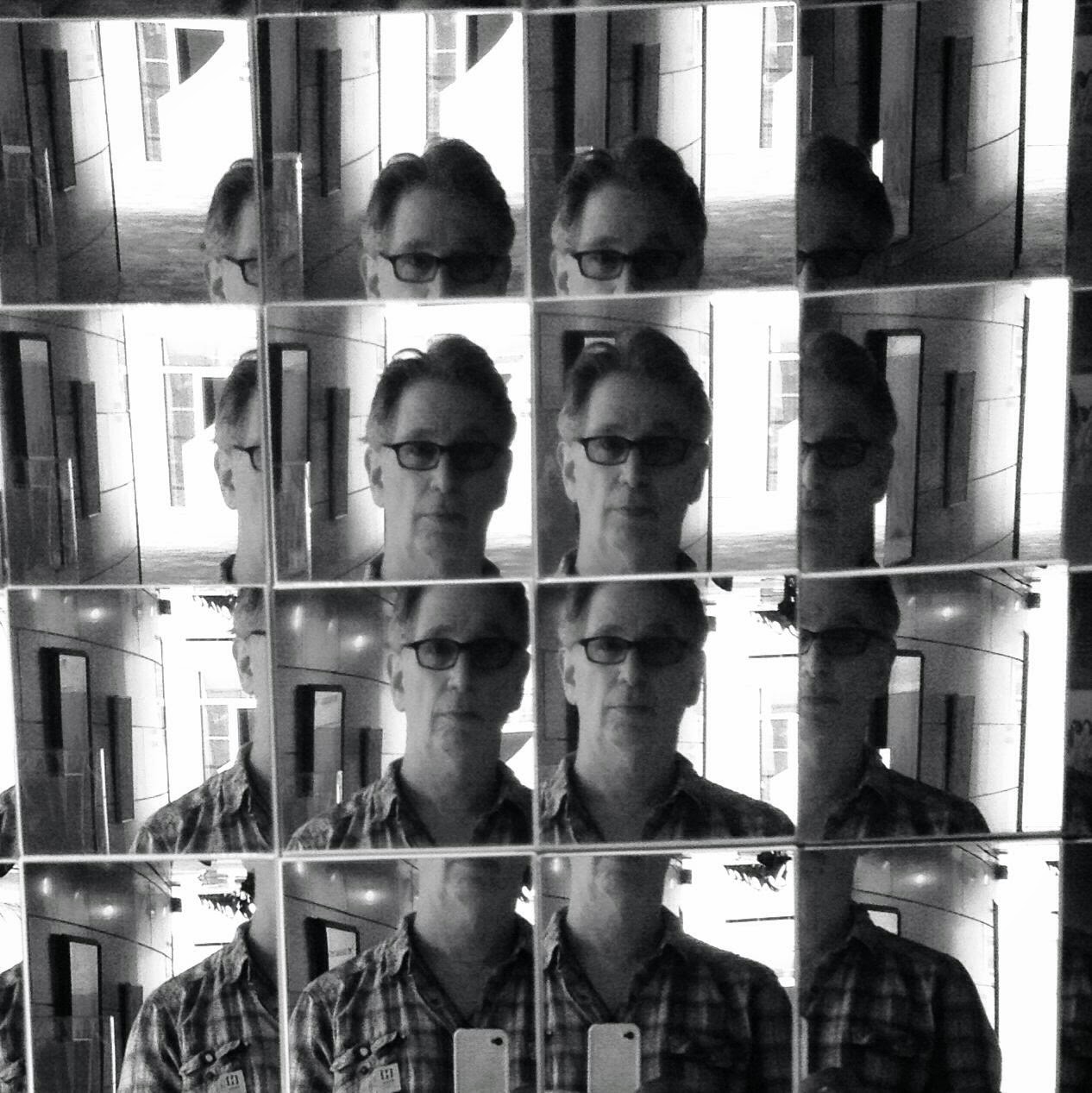 Moving back to New York in 1999, Ross become the gear editor at Guitar One magazine and wrote All About Effects for Hal Leonard and Great Guitar Tone with IK Multimedia Amplitube: The Official Guide for IK Multimedia. While working at Guitar One he also started freelancing for the US edition of Future Music. This awakened an interest in electronic music, fed by attending Warper Parties, where he saw many laptop performers using guitars. 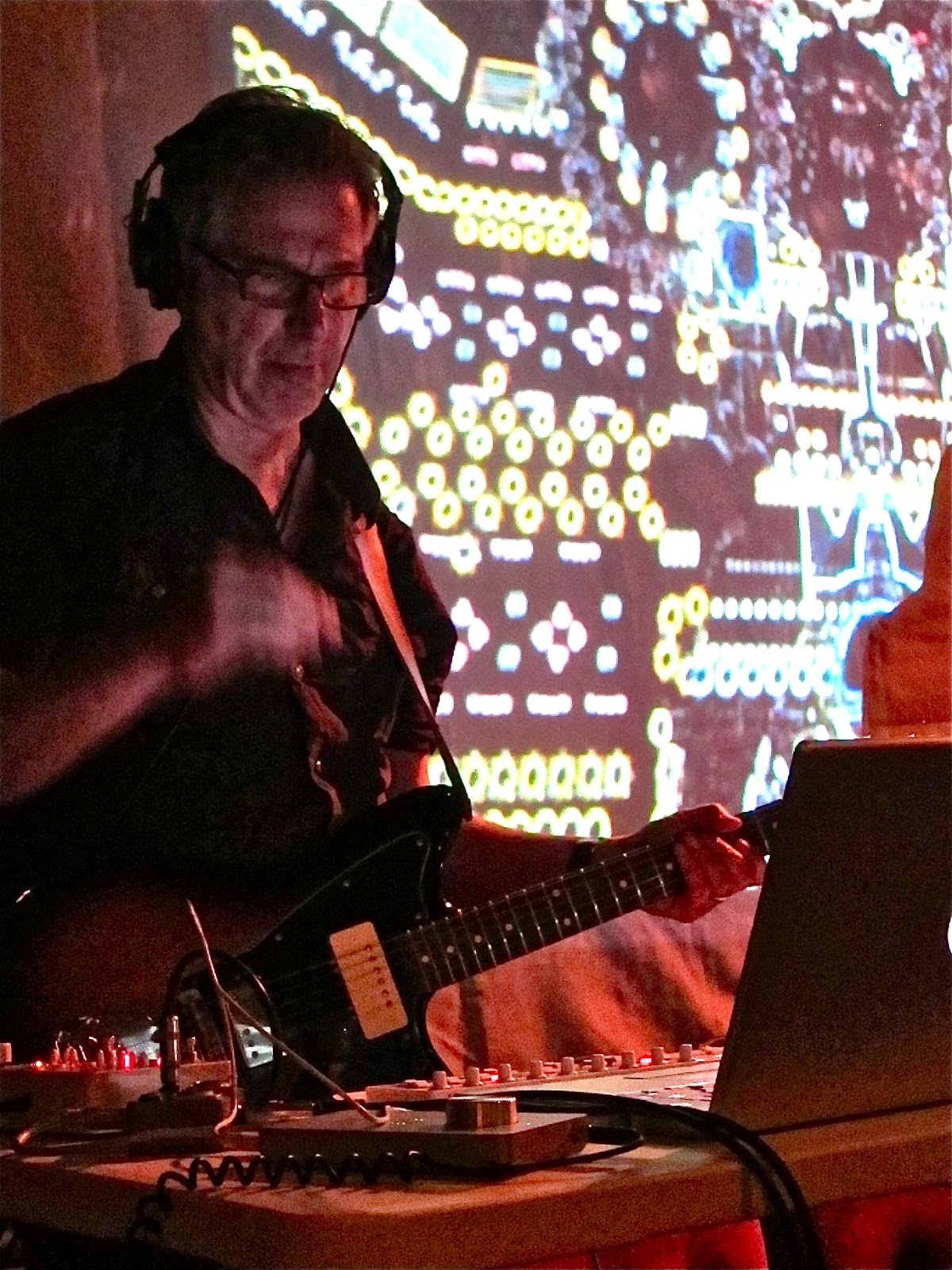 After many years of sprinkling his magic dust of traditional guitar playing, production, and arranging over the music of others, Ross realized Electronica was a genre that valued magic dust above all. This, combined with a penchant for seeing music in painterly terms, goaded him to put his natural instincts to work creating looped landscapes that utilized his true talent—a finely tuned feeling for the emotion of sound. He began preforming at Warper parties under the alias Prehab.

Surfing the web, Ross discovered a wide world of guitarists pushing the envelope of what the instrument could be. Rather than post his findings on Facebook for the small number of friends who would appreciate them, he decided to start a webzine dedicated to guitarists and gear thrusting the instrument into the future. Thus Guitar Moderne was born. 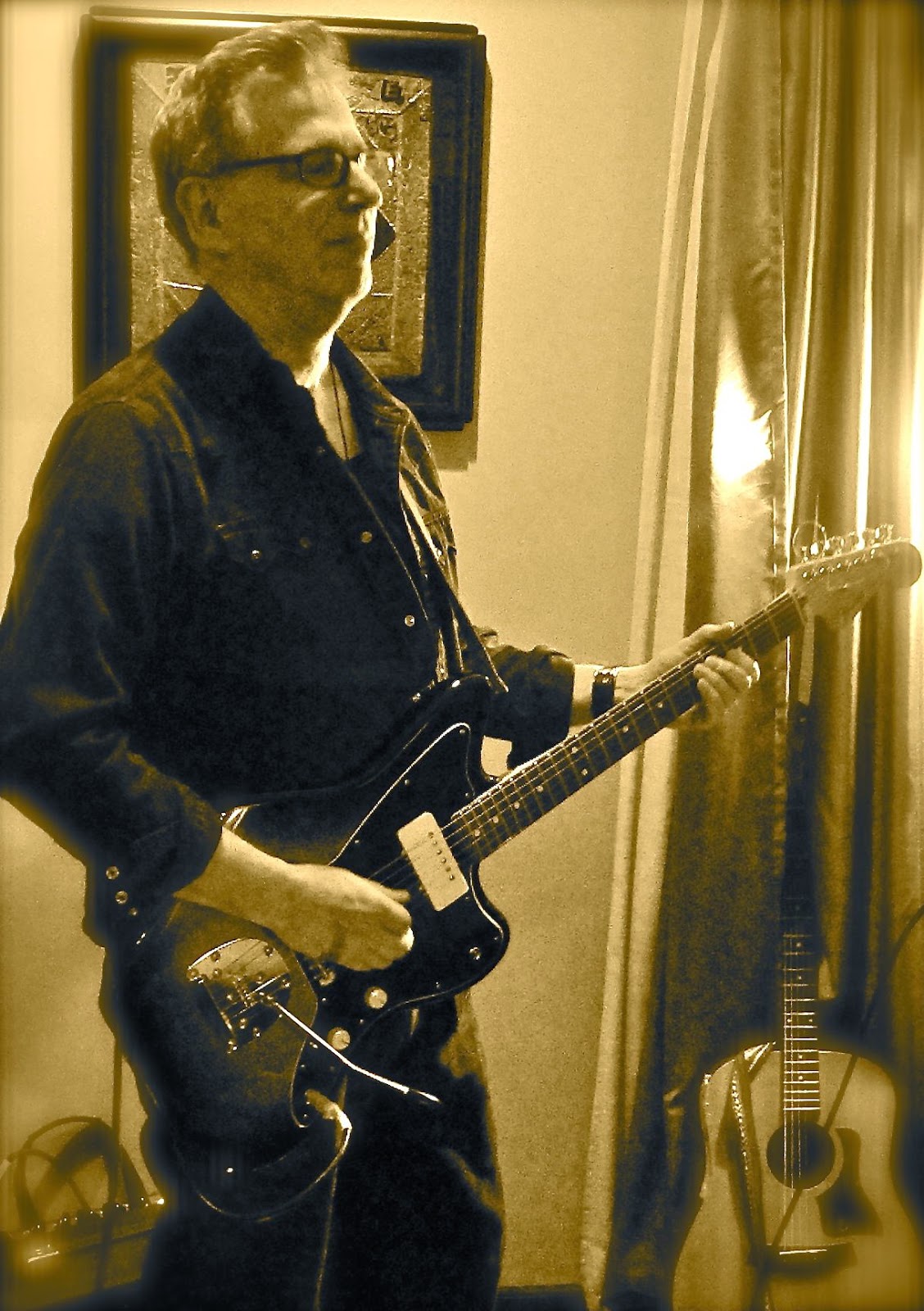 Ross now lives in Nashville, where he surrounded by the two kinds of music he loves: roots and, surprisingly, a thriving Avant-garde scene. There he pursues music, writing, and photography.

I originally shared a Goya classical and a Goya electric with my brother—I wish I still had the latter. During my teens, I worked all summer to buy a Gibson J-50 acoustic for myself. I had to sell it at one point, and then a guy I was playing with bought it from a junkie, who had no doubt stolen it. I had no contact with the person I sold it to, so I just bought it back—and then had to sell it again later. 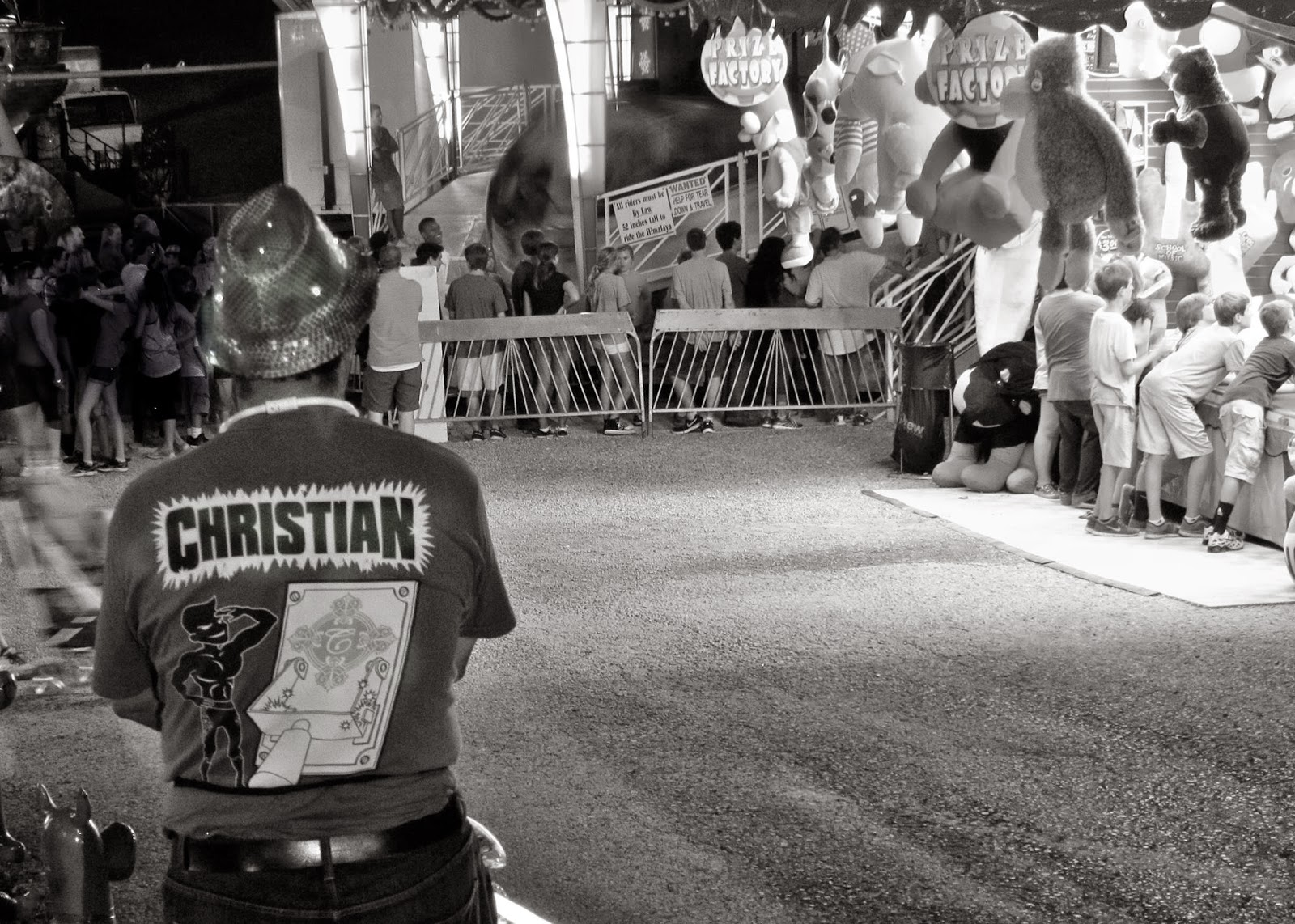 It is like learning a language?. The larger vocabulary you have the more options and precision you have when it comes to expressing yourself. As with language, you can have a big vocabulary and nothing to say, or have a small vocabulary but be quite profound. The danger is spending so much time practicing you have no life outside of that, and thus nothing to make music about.

What were the first and the last record you bought with your own money?

It might have been “Midnight in Moscow” by Kenny Ball and his Jazzmen. The first “guitar” record I remember was “Honky Tonk” by Bill Doggett. I learned Billy Butler’s solo off of that. It is one of the few solos I have ever learned completely and one that I have played often. The last one is Until, by Swan Dive. They make perfect, un-ironic pop, in the vein of Burt Bacharach and the Carpenters.

It was hearing Chico Hamilton at CBGBs, before it became a punk club. The band was John Abercrombie, bassist Glenn Moore and Ralph Towner from Oregon (Towner on piano only), and Mark Cohen on sax. Two things happened that night. Abercrombie and Moore played a free duet, ending exactly together, with no signal, just because it was obvious to them and the audience that it was the right note on which to end. The other thing was when the band played “Georgia On My Mind.” They all went into a clichéd blues ending and stopped spontaneously, one note before the last note, seemingly because they were so embarrassed to be playing such a cliché. This showed me what music could be in terms of group interaction, and I wanted to be a part of that. 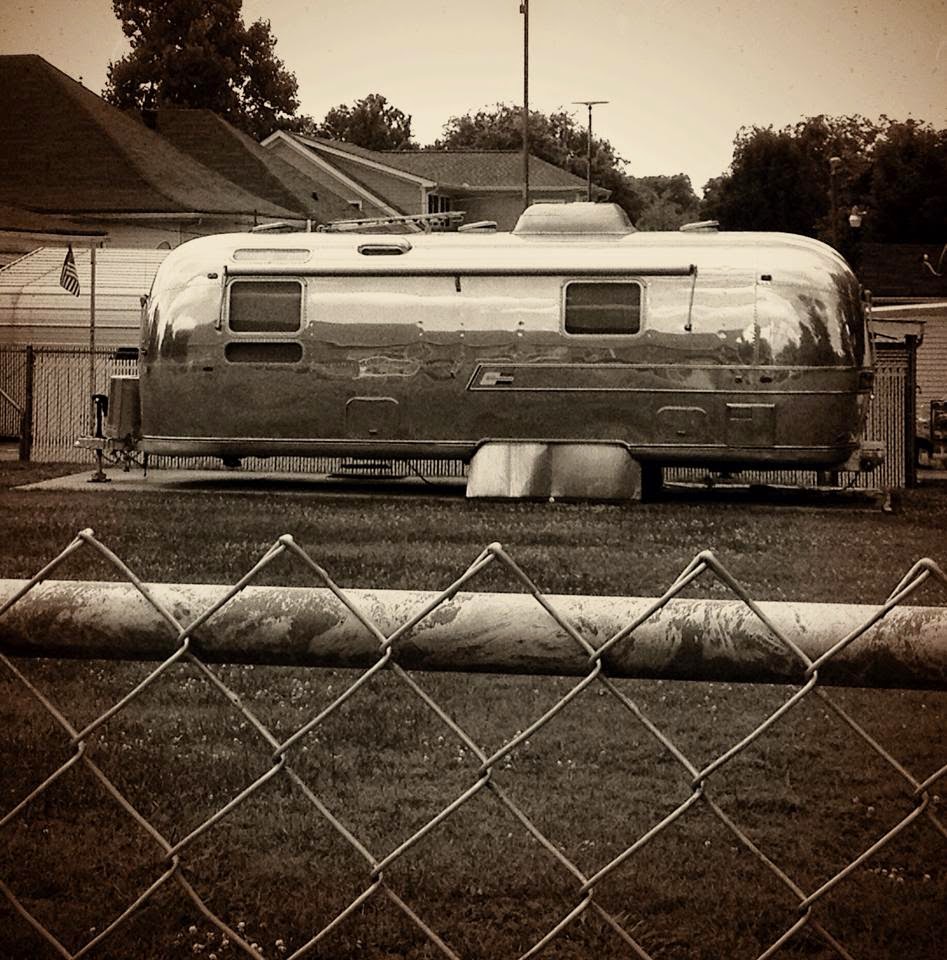 I read an interview with Johnny Winter where he said he used to freak out when he made a mistake and it would mess up his playing for the rest of the gig. He said he had to get over it. That helped me get over the same thing.

What do you expect from music? What are your motivations for playing?

I expect a unique world that invites me to visit there. I expect to be intellectually, emotionally, or physically engaged—preferably all three. Music that engages the head, heart, and hips is the best.

Motivations. It allows me to express the things I can’t express verbally. And, like any other art I engage in, it allows me to bring art I want to see or hear into existence; art I can’t find anywhere else. 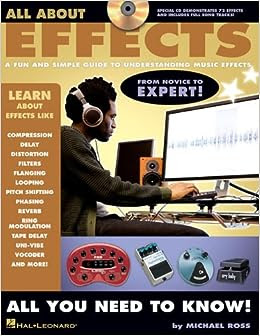 What is your relationship with other disciplines such as painting, literature, dance, and theater...?

I dabbled in drawing, painting, and printing in my 20s, as well as playing music, but ultimately decided I had to pick one. I figured I could draw and paint when I was old, but music required the physical energy and stamina of youth (boy was I right), plus I enjoyed working with others more than the solitary process of a plastic artist.

My roots are blues, country, and jazz. I got involved in pop for many years because the sonic palate seemed richer than what roots music offered. I ultimately realized I was as interested, if not more interested, in the sound as in the notes.


This is a song I wrote with James Armstrong for James' record Guitar Angels. It is about my brother Norman who lived hard and died too soon. He called himself a Guitartist. He was a talented musician who played with Irene Cara, Ronnie Spector, Kasim Sultan and others, The self portrait testifies to his artistic


What quality do you most empathize with and what do you admire most in a musician?

First a unique voice, one would I recognize within a small amount of blind listening time, and something to say that I can relate to. That is the starting point. After that, it is the three “T”s: Time, Tone, and Taste. Their time doesn’t need to be perfect, it just needs to feel good and groove. Their tone should be personal, unique to them. And by taste I don’t necessarily mean “tasteful,” which can translate to bland. I mean they should have a point of view they can make me understand through the strength of their internal logic. 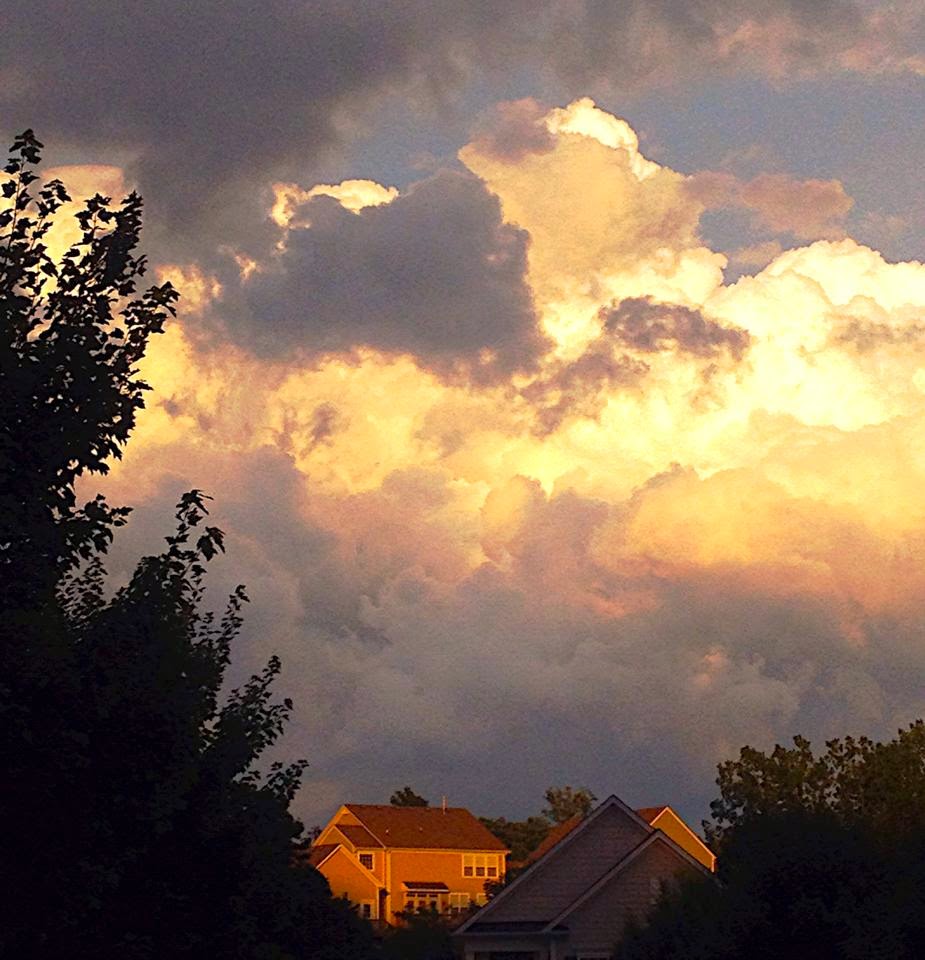 What instruments do you use? What’s the difference between a good instrument and a bad one?

I have various guitars: a 1965 Stratocaster (only the neck and body are original); a Fernandes Stratocaster, a Fernandes Telecaster, a Fender Blacktop Jazzmaster that has been heavily customized with a humbucker from MJ at Seymour Duncan and a humbucker in a Jazzmaster housing in the neck position, a Mastery bridge and a new pickguard; a Harmony Rebel, and a Danelectro Pro-1 reissue. 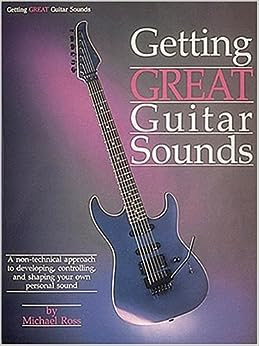 As someone who has spent over two decades reviewing guitars and gear, I have amassed, as you might imagine, a large trove of pedals. Prized are the Alairex HALO and Jeter Jetdrive overdrives, Trombetta Feederbone Fuzz, Wampler Latitude Tremolo, Earthquaker Dispatch Master delay and reverb combination, MXR Carbon Copy delay, Electro-Harmonix Ring Thing and Superego, EBow, and Source Audio’s Hot Hand and Stingray Multifilter.


I use a Fender Blues Junior or Little Walter 50 Watt for amplification on roots gigs. When I play through a laptop I go through an Apogee duet into the PA or a pair of ZT Lunchbox amps. On the computer I use Ableton Live with its native plug-ins, as well as Jam Origin MIDI Guitar, and Tal Dub’s delay.

I like constantly being challenged to be better, while at the same time being able to give pleasure to listeners who get to experience a part of me that they can never know by just talking to me—or even sleeping with me ;-) 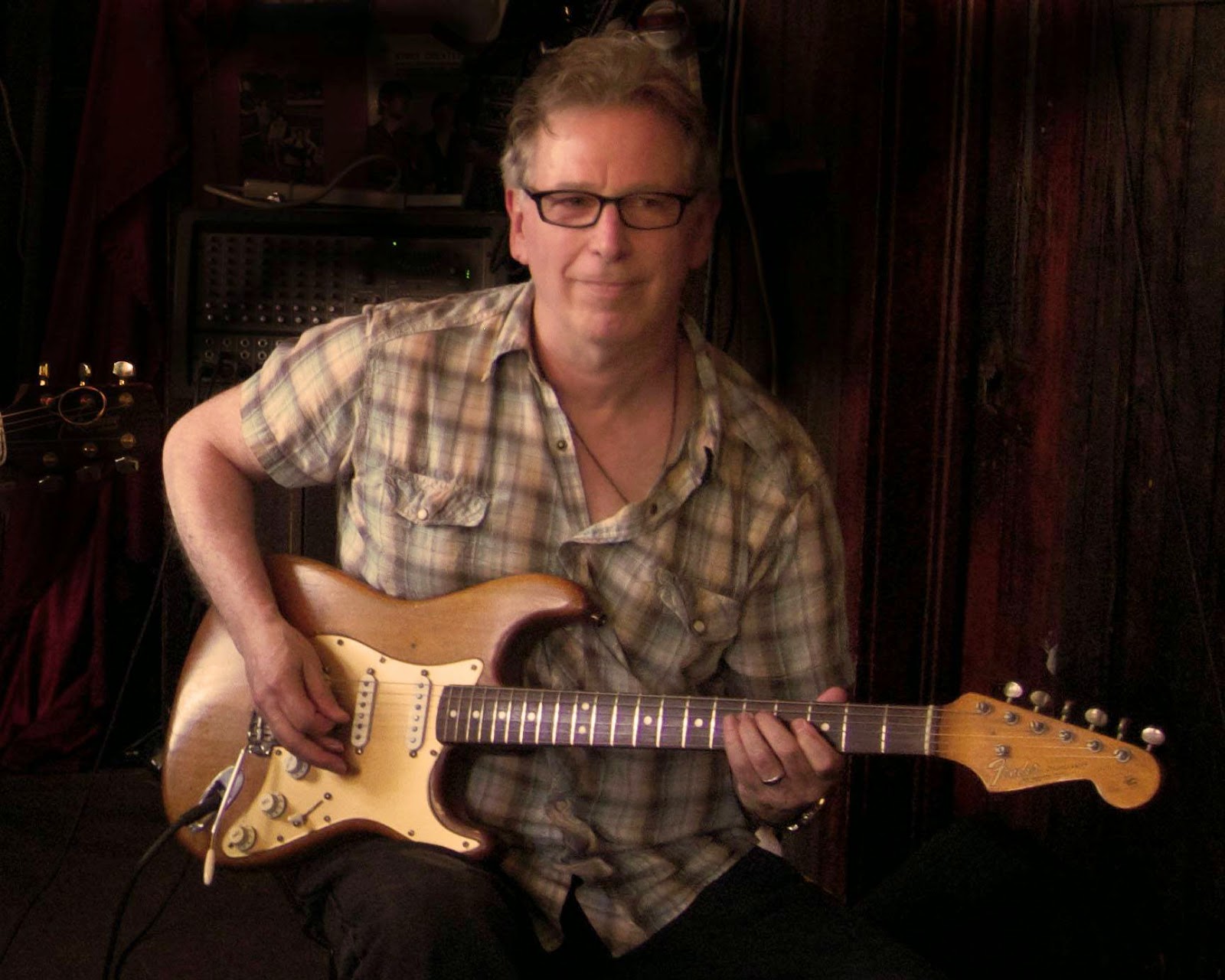 I can’t imagine. I have never been driven by career. My attitude was to enjoy the music I was making at the time regardless of career issues. I might have told myself to try more stuff out of my comfort zone. 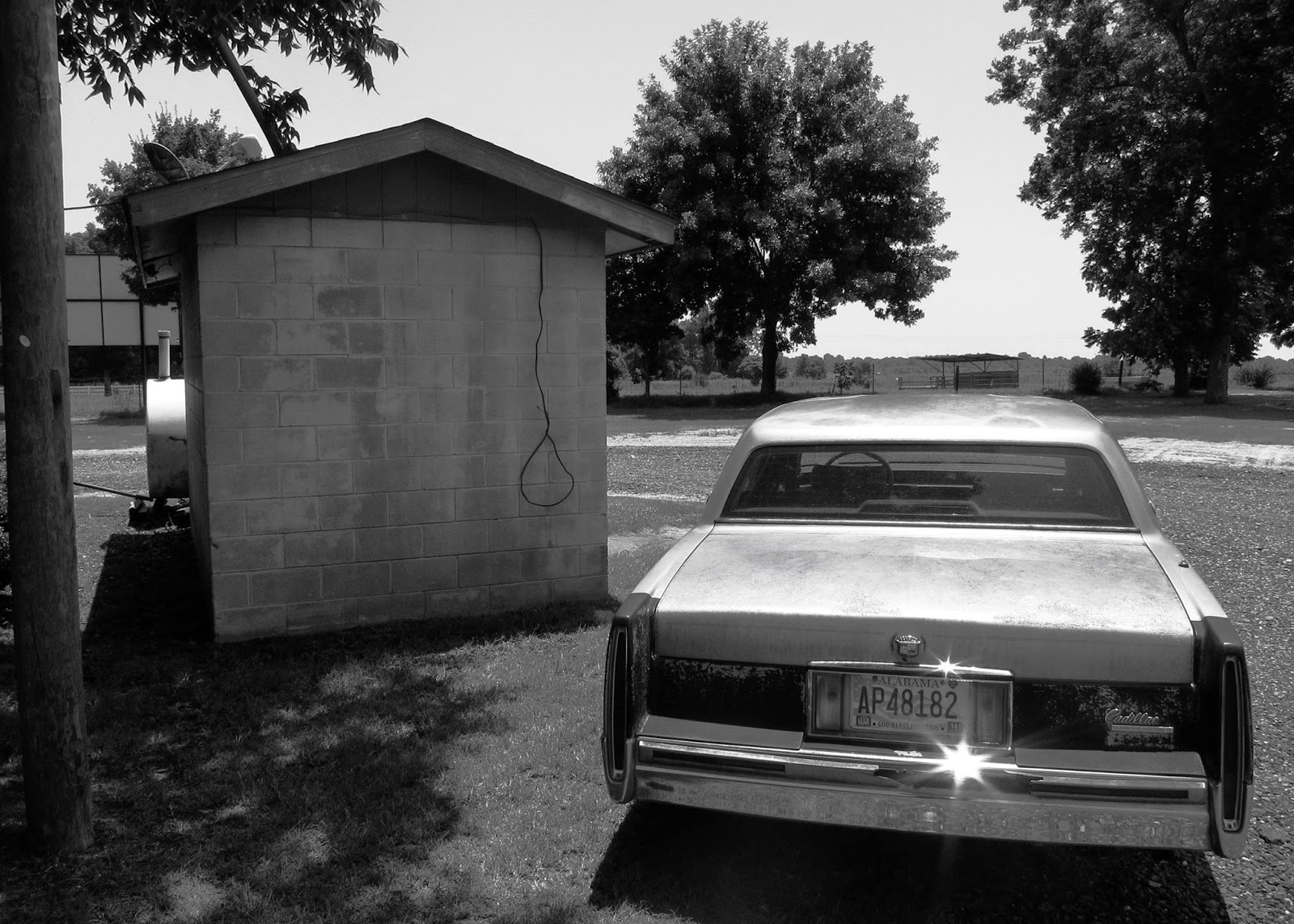 That is a book-length answer, but in short: Digital isn’t going away. Even if digital doesn’t sound as good as analog, the current scene is on the whole, for most musicians, better than the old one. 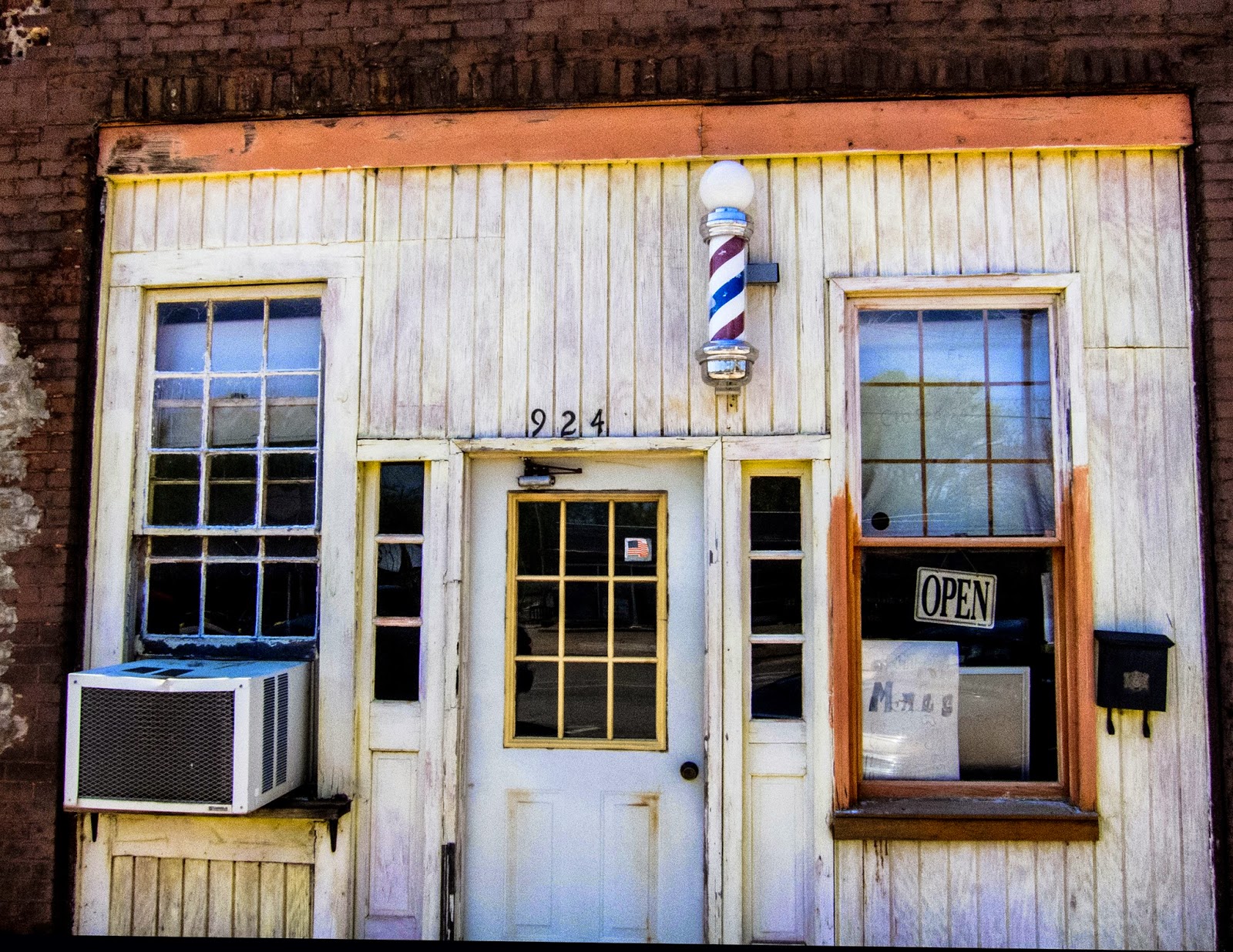 I am starting to get into iPad plugins like Yellofier, GrainProc, and Samplr. I hope to use the iPad to replace the laptop in live electronic performance.  I am writing for Guitar Player and Premier Guitar, as well as publishing Guitar Moderne online at guitarmoderne.com. In 2015 I hope to do more live playing in both the roots and electronic vein—ideally something that combines both. 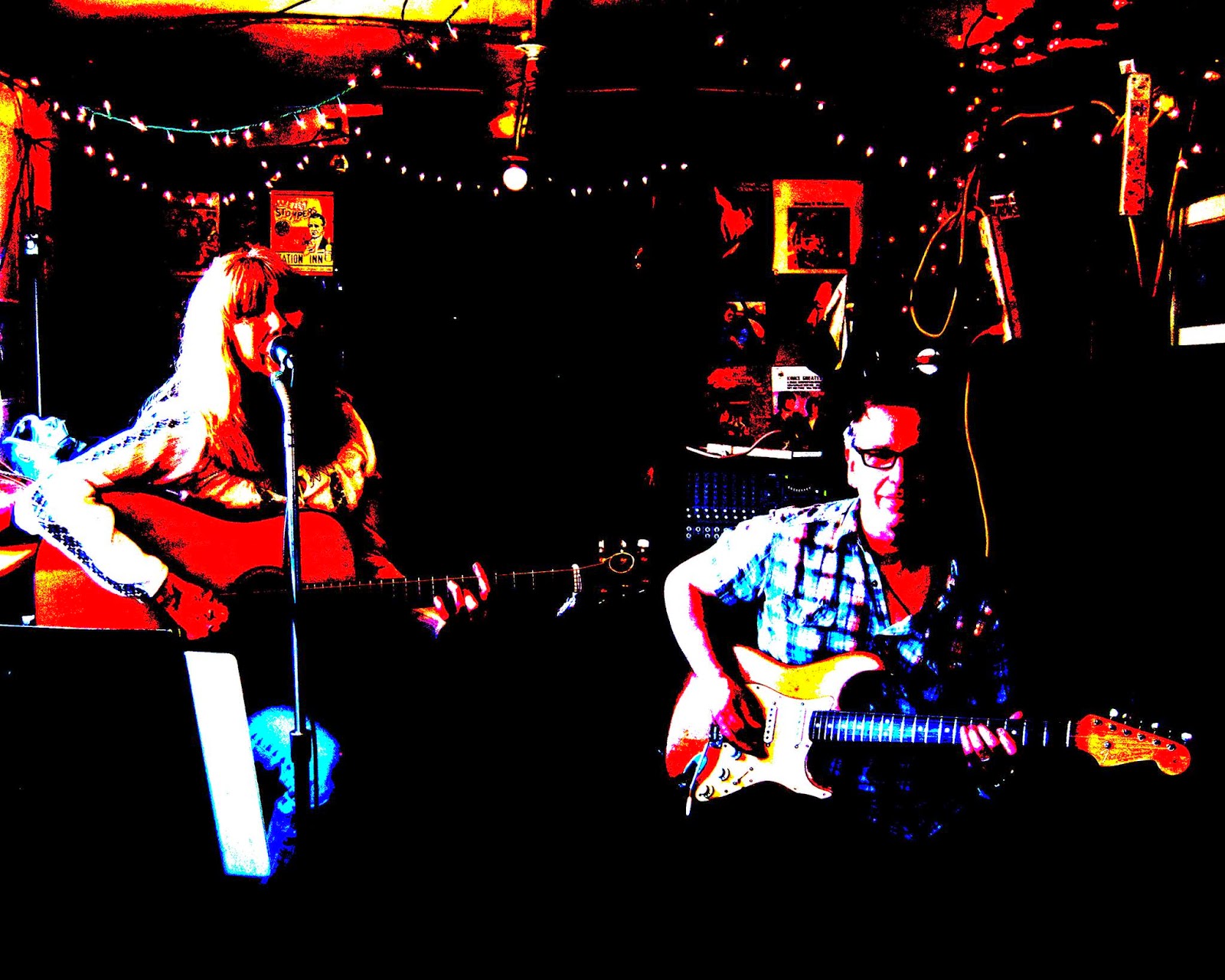