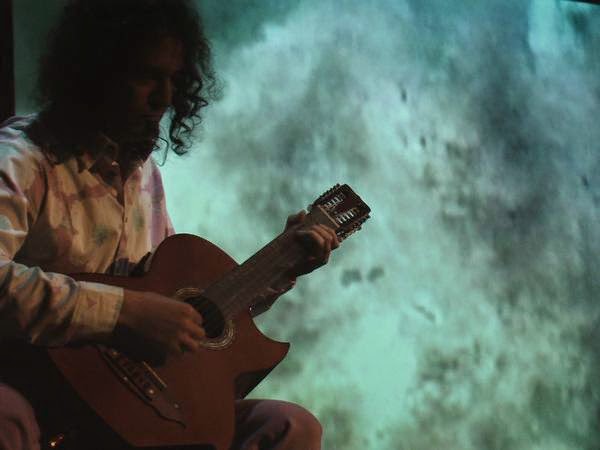 Ernesto Diaz-Infante’s musical compositions span a broad perspective: transcendental piano, noise, avant-garde guitar, field recordings, lo-fi four-track manipulations, and experimental song. ED-I has performed throughout Europe and the United States, and his music has been broadcasted internationally. He runs the music label Pax Recordings, and has released over twenty recordings on his own and others’ labels.

Born in Salinas, California, ED-I is of Mexican ancestry. He received his BA from the College of Creative Studies at University of California, Santa Barbara and his MFA in Music Composition from California Institute of the Arts. 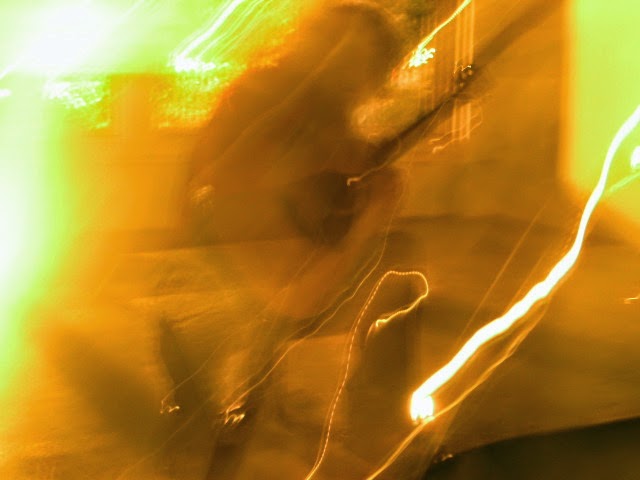 He co-founded the Big Sur Experimental Festival (1999-2004) and San Francisco Alternative Music Festival (2000-2003). He is presently focusing on mantra-esque acoustic guitar strumming and fingerpicking. ED-I recently composed the music for filmmaker Marjorie Sturm’s film, “The Cult of JT LeRoy.” He lives with Sturm and their two children in San Francisco.


"Ernesto is by now to be considered one of the most attentive, ear-opening, brain-splitting creatives in the new music scene."--Massimo Ricci, Touching Extremes.

"He makes a dangerous playmate." --The WIRE 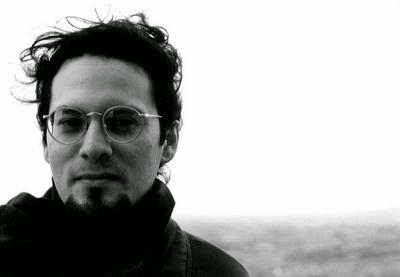 "Since the mid-'90s, Ernesto Diaz-Infante counts as one of the most prolific avant-garde composer and improviser the U.S. West Coast has seen. He has performed and recorded music on piano, prepared guitar, and electronics; composed chamber music; improvised with a very large number of musicians from California, New York, and Chicago; and released a pile of CDs on very small independent labels such as Pax Recordings, Sweetstuff Media, Zzaj Productions, and Public Eyesore. He also curates the Big Sur Experimental Music Festival (since 1999) and the creative music series at the Luggage Store Gallery in San Francisco (since 2000). His multifaceted career gives him the look of an eclectic or maverick artist, but the persistence and commanding seriousness with which he pursues his career is gaining him a small but dedicated following." --Francois Couture, All Muisc Guide.

What do you remember about your first concert you played?

Honestly, I don’t remember my first concert. I was recruited to play organ in
my church from a young age and then was able to drop out of school at thirteen and tour with a Mexican rock/pop band. Maybe that’s why I don’t really enjoy performing concerts now?

Hmmm, I think some people can live without music and do. I personally can’t. For me, music is the way I cope and make sense of the world and handle it all. It’s also what gives me pleasure and meaning. 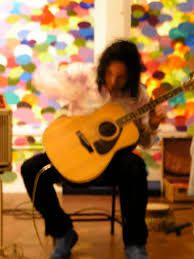 The guitar is an incredibly complex instrument that can be explored at ad infinitum. For me that is exciting. I love the sound of strumming. Just looking at my guitar from across the room calms me. The guitar feels pretty limitless
to me . . .

My first mantra album ‘Civilian Life’ most surprised me. I didn’t know if I would be able to pull off an album that was entirely strumming. Most of it was performed looking out my window at the sunsets over a six year period. That’s a super long stretch for me.

My roots are with Carlos Santana and Los Lobos. Mexican rock that I grew up with and inspired me as a child to want to play. Later on in my life, I became pretty obsessed with Morton Feldman, Wadada Leo Smith, and Alice Coltrane. I’m still obsessed.

Morton Feldman’s Bunita Marcus hugely changed my music by exposing me to something so transcendental, the delivery of sounds effected how I perceived time.
Listening to this changed my music, and therefore my life. However, I just read yesterday that Bunita Marcus has spoken out that Morton Feldman was sexually violent with her. I'm incredibly
saddened to learn this. I'm just beginning to process it. I hope Bunita Marcus continues to share however is best for herself, and the public gives her their attention and respect.

On my last album, “Wistful Entrance, Wistful Exit” the poet Bill Shute chose waves from the ocean for it. I think it works great to illustrate ‘the endless strum.” 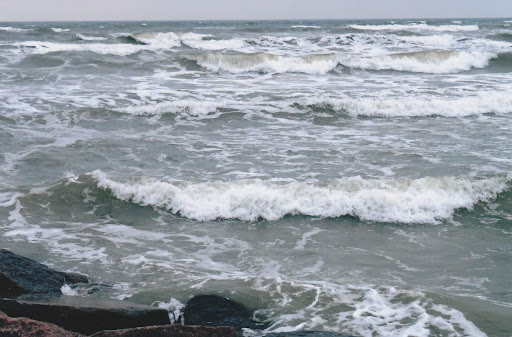 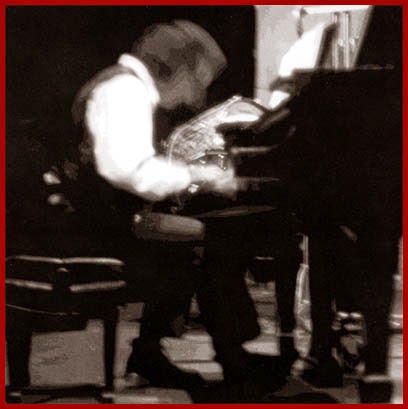 Extended techniques are a quest to find the sounds that I am searching for.

I met an artist at a residency at one point (I forget his name) and he encouraged me to look at my whole life as an artistic palette, to consider longevity. In order to create art, we must live art and be open. We must process our experiences each day as they unfold. We must move slowly. It has very little to do with short-term ego-driven goals. Well, I can’t say that it is too recent but I’ve been pretty committed to Strumming music lately. My own and others, Charlemagne Palestine, Rhys Chatham, Lubomyr Melnyk, and James Blackshaw.

Of course, this isn’t the only music that I engage with.I listen to whatever anyone gives me and re-visit a lot of old music, and follow new and old artists latest releases. But I rarely find any other concept that holds my attention for an extended time.