Sudhu Tewari is an electro-acoustic composer, improvisor, and tinkerer in sound, kinetic and interactive art. He has been called a professional bricoleur, junkyard maven and young audio-gadgeteer. 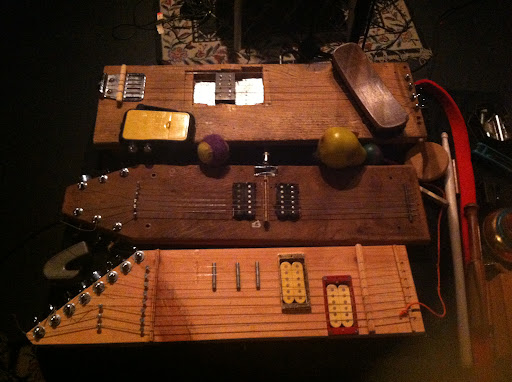 In October 2006 Sudhu spent four months at the Artist in Residence program at the San Francisco Dump, crafting interactive installations, kinetic sculpture, lamps, and objects d’art from other people’s trash. The residency culminated in a gallery show in January 2008. Since then, Tewari's visual and interactive art has been exhibited at Swarm Gallery, 21Grand, ProArts and FLOAT Gallery in Oakland, California, Montalvo Arts Center in Saratoga, California, at UC Santa Cruz in Santa Cruz, California and at PROGR in Bern, Switzerland. 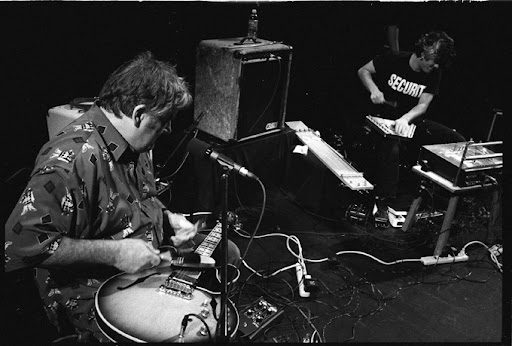 Fred Frith performs improvisations at the 11th Other Minds Music Festival at San Francisco's Yerba Buena Center for the Arts, 2005. Frith performed at the festival both as a soloist and as a member of the due Normal, alongside Sudhu Tewari, a Bay Area resident of Indian descent whose remarkable music is performed on homemade acoustic instruments.

In 2007, Tewari collaborated with percussionist Kelvin Underwood on a project that integrated Taiko drumming with electronics, noise and chaos and incorporated Capoeira and Maculele movements. Sudhu has been seen performing as a modern dancer with GroupA , the brainchild of choreographer Alyssa Lee Wimot. Tewari also collaborates with Alyssa Lee to create light installations, costumes and wearable sound art devices for GroupA performances.

In 2008 Tewari joined forces with Nuria Bowart and Melissa Crago to form SuDoNu, a performance art company focusing on developing new forms of movement and interaction arising from improvised play and spontaneous ritual to create meaningful interactions with an audience.

Tewari spent the majority of 2008 in Switzerland, working as project manager for Radio Village Nomade an online sound project of Laboratoire Village Nomade culminating in a sound play aired on Bavarian National Radio. During his residency Sudhu also participated in several collaborative art residencies with artists from around the world. 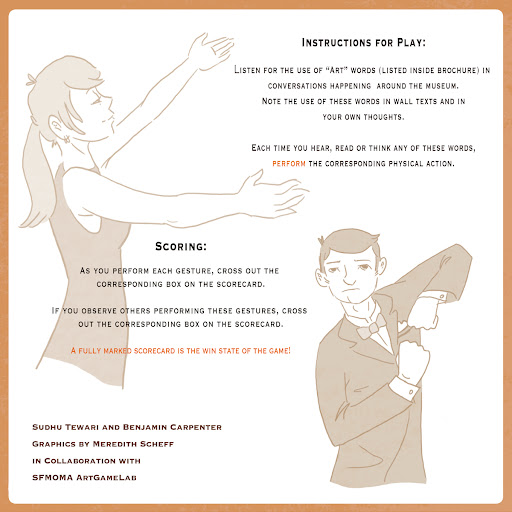 In 2010 Sudhu collaborated with sculptor Bryan Tedrick to create an interactive light and sound installation to “breathe life” into Tedrick’s 50 foot tall climbable steel sculpture, Minaret. The Minaret was installed at Burning Man 2010 and well received. Tewari’s installation took input from climbers on (and inside) the Minaret via microphones, light sensors and motion detectors and used the movement and interactions of climbers to control the lighting on the exterior of the Minaret. Sound elements, pre-recorded sound/music and electro-acoustic instruments in the base of the Minaret, were also controlled by the actions of climbers. 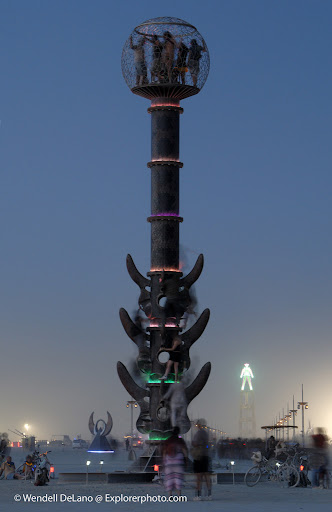 Tewari is currently a graduate student at UC Santa Cruz in the Cultural Musicology PhD program and the Digital Art and New Media MFA program. Tewari has also been working as a project manager for UCSC’s OpenLab, a network for collaborative discourse fueled by academic communities, arts and science communities, and industry. Tewari also leads AUX, a collaborative research group focused on sound producing kinetic art and works with the Mechatronic project group in the DANM department.

Most recently Sudhu spent most of a week in a tree creating a site-specific interactive, kinetic sound installation at Montalvo Arts Center in Saratoga, California and has been collaborating on a series of sculptures for an interactive sound garden with Liz Judkins, Daniel Yasmin and Chris Cravey