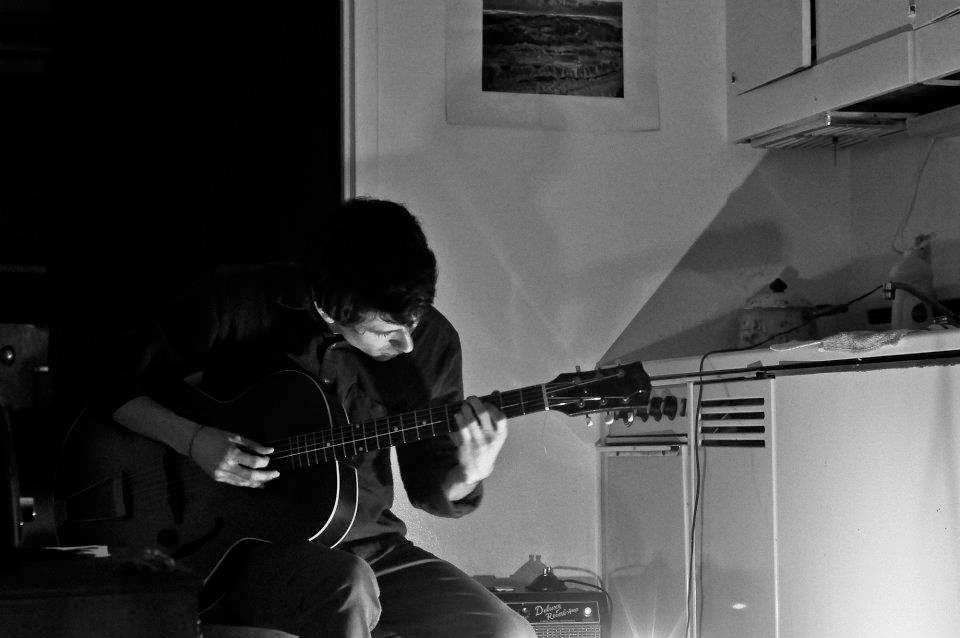 Adam Brisbin is a young guitarist and composer from Austin TX currently residing in Brooklyn, New York. His playing combines elements of avant-garde, symbolist-era classical, stride guitar and dinosaur music. Experiencing his debut solo guitar album M A D R I D is akin to witnessing a hurricane travel through the ocean from a close up underwater vantage point. They are modern lyrical compositions disfigured by elements of freely improvised music. Modern lyrical compositions disfigured by improvised elements. Guitars covered in mud and detuned beyond sensible range are plugged into dying amps stuffed with nails. 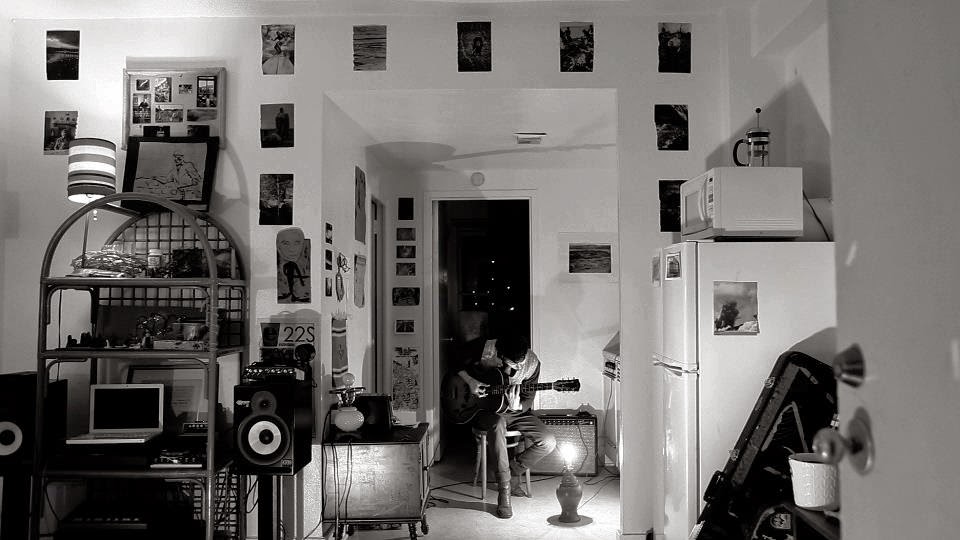 Upon moving from Texas to New York City in 2012, Brisbin began working with Jolie Holland on her upcoming release, "Wine Dark Sea", out May 20th 2014 on ANTI- Records. Recently he worked with Hal Willner to create the music for Robert Wilson's "The Old Woman". In August 2013 Adam performed at the Museum of Modern Art as part of the summer concert series MoMA Nights. His new band OLD WOMAN features Doug Wieselman (Lou Reed) and Greg Saunier (Deerhoof).

Oh man. First one...I don't exactly remember it might have been that debut Spice Girls record, or maybe it was Hanson. I must have been ten or eleven years old. Last week I bought Morton Feldman's "Piano and String Quartet" performed by Aki Takahashi and the Kronos Quartet. Big contrast there!

I wouldn't say that I expect anything from music. We simply exist together. To me music is like an immortal mountain dog. Doesn't need a leash or anything, just stays by your side, knows what you're thinking.

Technique is a means by which you express yourself. It can be "proper" technique or "improper" technique, doesn't matter. Something I always think about is that good technique does not always equal good result. Lightning Hopkins vs. Django Reinhardt. Very different techniques but the end result is what makes them  so incredible.

Their ability to tell the Truth and to be themselves. Or some kind of character. Or just something, anything at all, 100 percent.  It's hard to explain in words but you know it when you hear it. Usually if I want to hug someone after they play then I know it's the real thing. Their playing just hits you and you feel like everything in existence has been expressed in a way that you can relate to.

To me a good instrument is one that gives something back.

Waiting for the toast to pop up.
It's 4am and it's snowing.
When the power goes out and the buzzing that you didn't even notice was there before stops.
Walking through a graveyard.

When I was five or six years old I went with my parents to see Paul McCartney play. It was this huge stadium show you know with the lights and the whole bit. I was on my dad's shoulders with a fake plastic guitar. That experience made quite an impression.

What do you recall about your guitar playing learning process?

I recall that when I really got curious that's when things started to get more interesting. Like in the ocean when you go really deep it gets so dark and still and the fish are glowing. That's what learning guitar is like.

A guitar covered with dried mud, two pickups, one for three low baritone strings and one for the high three, but each pickup has a separate output so you can go into different amps, little coffee maker coming out the side, whole thing is made of fragrant Palo Santo, guitar smell is important.

I love Jim Hall. Years ago I was checking out one of his guitar books and he was talking about how your solo should tell a story. His suggestion was to get ideas not from other guitar players but from short stories, classical music, etc. That was when I learned to harness the inspiration I got from other disciplines and put it into my music. I'm specifically fascinated with the relationship between music and film. Sound and music have a huge affect on what you're seeing in a film. You have a lot of control over the context of the images. I wrote a score for Fritz Lang's "Metropolis" a few years ago. I hope I can perform it in a formal setting with a big screen someday!

Right now there's some cool stuff happening. I'm featured on this guitar comp that Elliot Sharp puts together for Clean Feed Records called "I Never Meta Guitar Three". It's the third one he's produced and were doing a cd release party at Cornelia St Cafe on Dec 4th.  On Dec. 11th I'm playing a duo show with Brandon Seabrook. He's an amazing guitar player. It's at Gravesend Recordings in Brooklyn. It's a live show that also gets recorded and released on cassette tape. Recently I got to work on the music for a Robert Wilson play called "The Old Woman" which is showing here and there. I'm in a noise band with Greg Saunier (Deerhoof) and Doug Wieselman (Lounge Lizards) and we've been playing around town when we can. Also working on finishing up a new solo record that I'm really excited about! 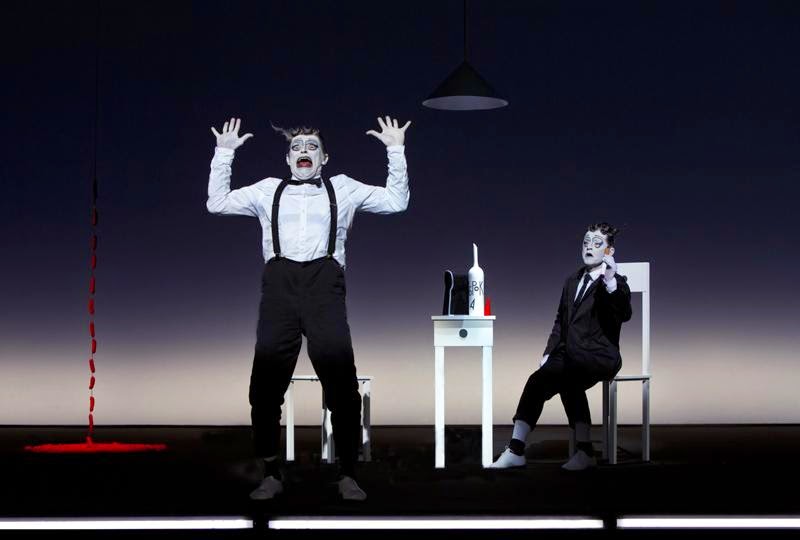 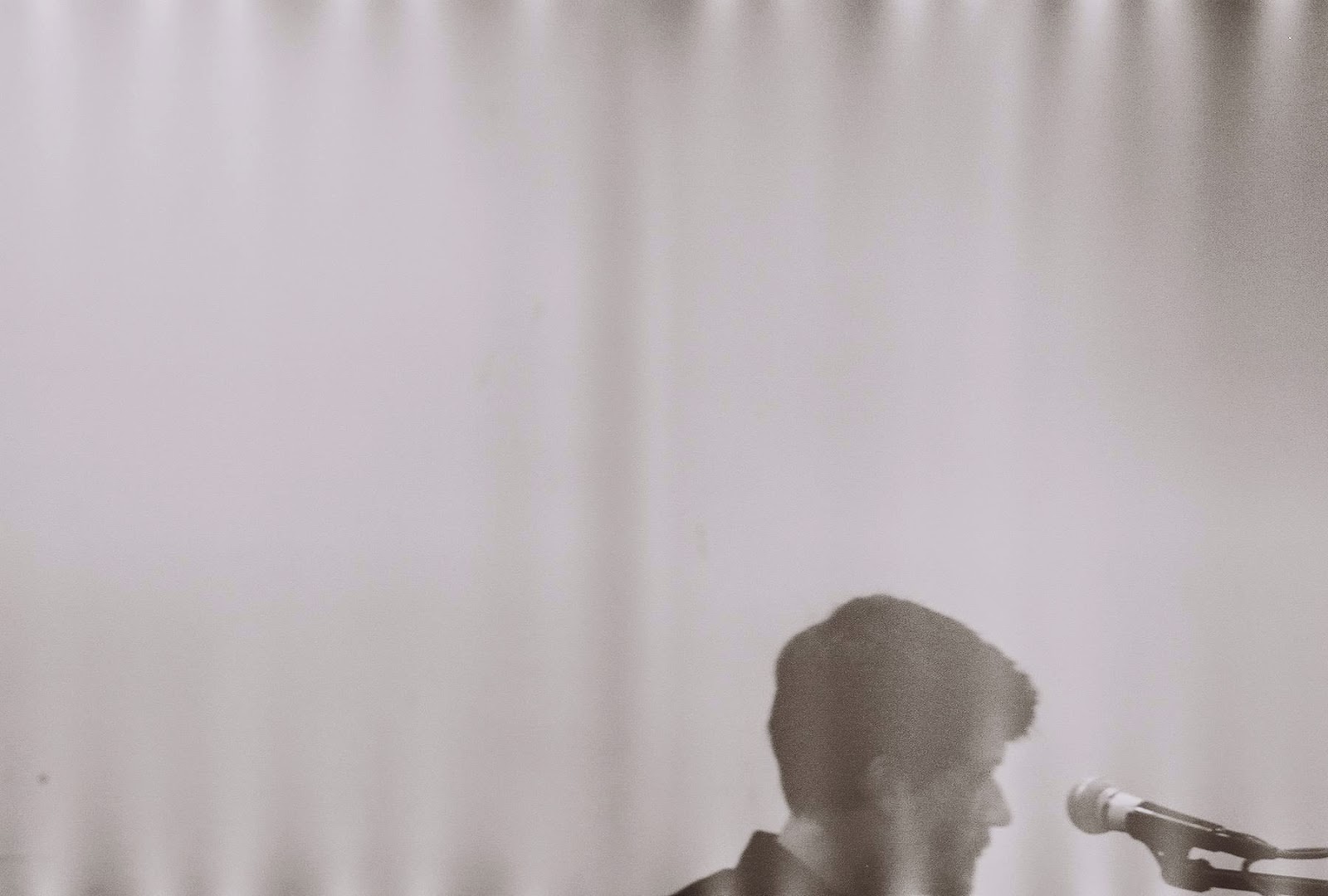