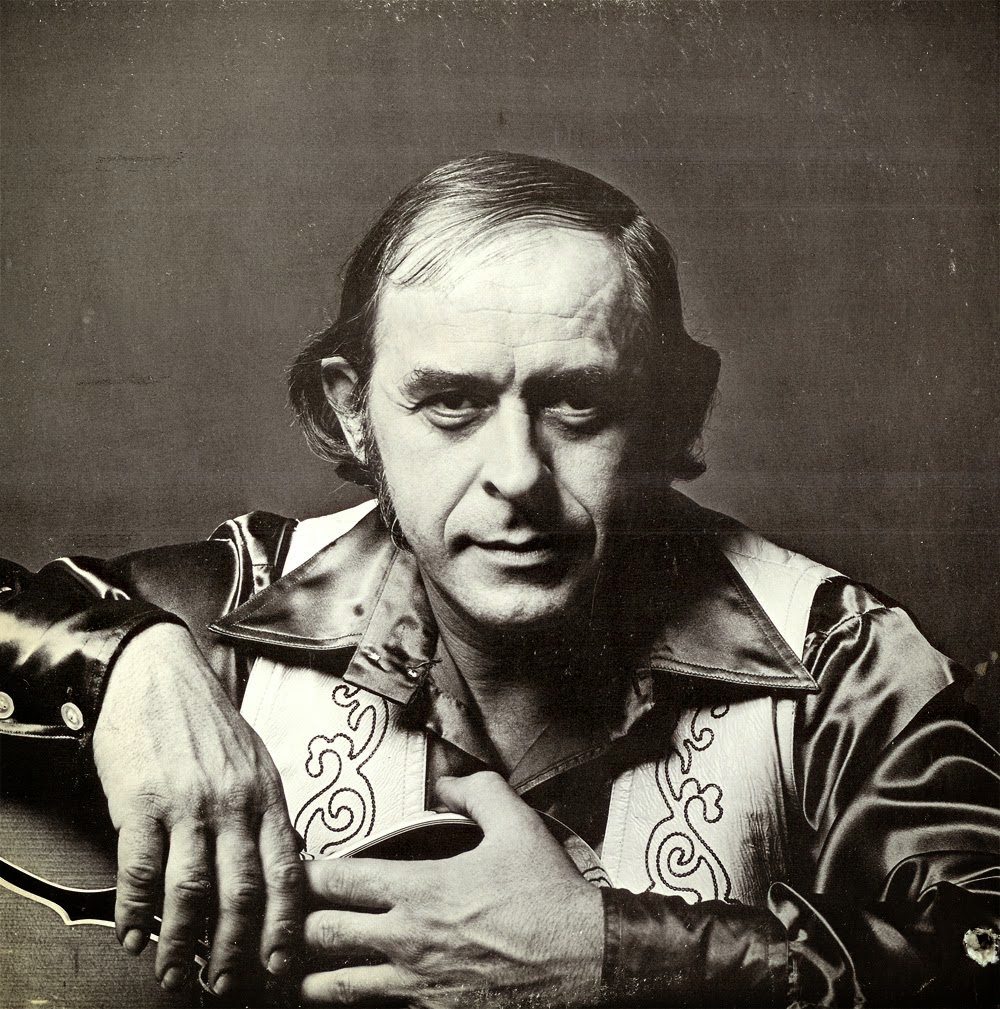 I first met Attila Zoller in the mid 70’s. I was in my 20’s and hadn’t yet abandoned the idea of music as a full time career. I had graduated from Middlebury College and then spent a few years studying guitar and composition at Berklee. I was working a regular job, but still very committed to music and performing. At some point I happened to notice a little announcement in Guitar Player magazine saying that Attila Zoller would be conducting week-long guitar workshops at his home in Newfane, Vermont in the summer. I was somewhat familiar with Attila. I had seen him perform as part of Herbie Mann’s group about 10 years earlier, and I even had one of his albums (Gypsy Cry). At any rate, I knew he was in the top echelon of jazz guitarists. On top of that, Southern Vermont was one of my favorite places - my family had a ski house near Bromley Mountain, less than 30 minutes from Newfane. I figured this would be the perfect summer vacation week! I would stay at the house in Vermont and study guitar with one of the best players in the world. I called Attila, and made the arrangements.

There was only one other student scheduled for the week I attended. He was less advanced than I was at the time, so here’s how we worked out the schedule: He was staying at Attila’s house (the old one, but before the top was expanded) - that was the norm for these workshops. So, he would have an extended private lesson each morning and then practice in the afternoon. I was staying at the family ski house, so I would practice in the morning and come over to Attila’s just after lunch. We would do my lesson in the afternoon, take a few hours break for dinner (which Attila would expertly prepare), and then jam ‘till after midnight. This went on for 5 days in a row!

Needless to say, this was quite a memorable experience for a young aspiring musician. And while I already knew Attila was a world-class guitar player, I had the extreme good fortune to find out what a wonderfully genuine and generous human being he was as well. For the next few years, whenever I was in Vermont (at least 2 or 3 times a year, anyway), I would make sure to stop by and see him - a visit which always included extended jamming. By the way, Attila would play with anyone at any time. Many times, other people were visiting and playing at the same time I was there - and not just guitarists, or even just jazz cats. I recall somebody who played a bunch of small homemade percussion instruments and someone else who played a guitar with drumsticks and a miniature violin bow. Meanwhile, I’m there trying to play this repeating harmonic minor bass figure in 5-against-4, while Attila is going on extended melodic journeys while punctuating the whole thing with soft grunts and quiet cries of, “Yeah, man!” It just doesn’t get any better than that!

By the way, one of Attila’s most endearing characteristics was his colorful way of speaking English. The way I understand it, he learned English as a young man by hanging out with American jazz musicians in postwar Germany, so he developed his own brand of jazz slang with a Hungarian accent. One night as he was making dinner I said, “Attila, that smells great - what is it?” He replied in his thick accent, “Oh, some kind of khrayzee Hungarian sheet!” Another time, when I remarked that even though his melodic style was generally not blues based, he was very good at playing funky lines, his response was, “Oh yeah, I can funk pretty good!”

I am very proud to say that I once got to perform in public with Attila! I think it was in 1976 or 1977. He had arranged a Saturday night concert at the base lodge of the local Newfane ski area, Maple Valley. His group included Sonny Fortune on sax and Dave Holland on bass, if I’m not mistaken - they came up from New York. In a break between regular sets, he planned something billed as a ‘Guitar Workshop’, I think. It was a guitar trio made up of Attila and two of his students, myself and Mitch Seidman, who was from Boston and had also gone to Berklee. We played 3 or 4 tunes, and I’m embarrassed to recollect that I probably hogged the solos. (I couldn’t help it - my parents were there!) Mitch was a nice guy and a good player. Actually, he can play circles around me now: He’s on the Berklee faculty, and he’s got a few CDs out under his own name! Anyway, the crowd was surprisingly appreciative, and it was a real trip! 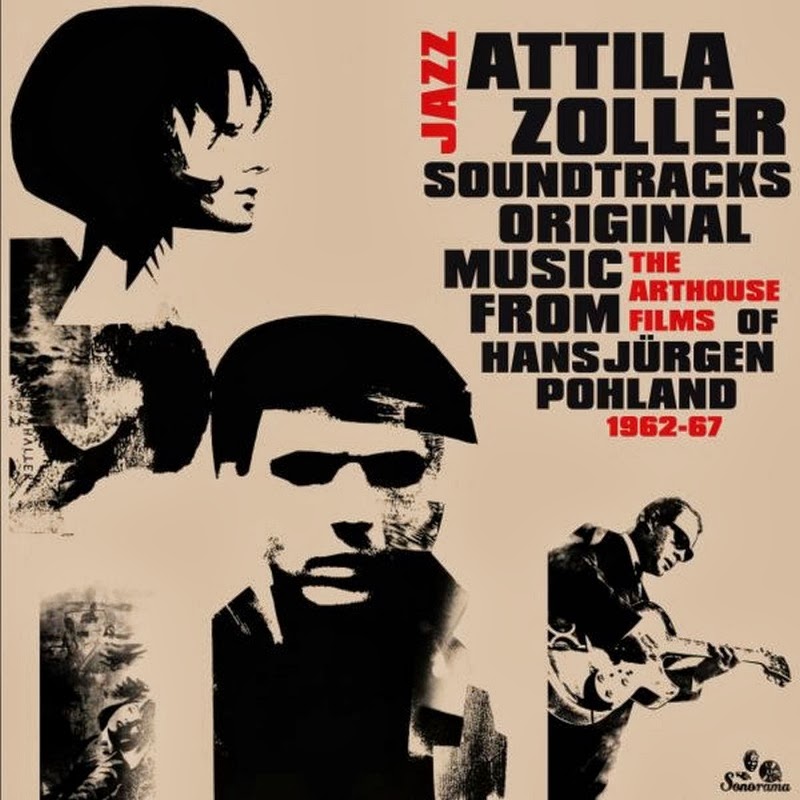 I maintained this occasional but very warm relationship with Attila for a few more years, but in the 80’s, I didn’t play much. I had given up on making music for a living, and I was busy starting a regular career, getting married, buying a house and starting a family. So, I didn’t make a point of seeing Attila when I was in Vermont, which wasn’t all that often anyway. But my son, Jason, was born in 1988, and I felt compelled to brainwash him by playing the guitar for him as much as possible. Also, I started a new job about 6 years ago, and my boss just happens to be a really good lousy guitarist (his own description). So, I’ve gotten back into playing again with renewed enthusiasm, determination and a wonderful lack of self-consciousness. So, in the summer of 1995, planning to spend a family vacation week at the house in Vermont, I got in touch with Attila again after a gap of about 15 years. 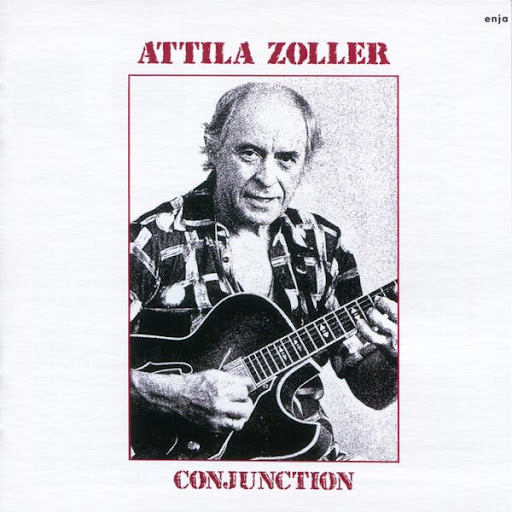 I called Attila when we got to Vermont, and arranged to come by to see him. He was living in the new smaller house about a mile from the old one (with no plumbing until just this past summer and a squirrel living in the ceiling above his bed, but that’s another story). I was feeling a bit anxious when we (my wife and son and I) pulled up to his house a few mornings later, but Attila wasn’t. He greeted me at the door with a big hug. He looked the same - I didn’t (I’m about the age now that he was when I first met him). He admitted that he initially didn’t quite remember who I was when I first called, but then it hit him: I was the guy who had ended Bluesette on a raised 11th! That’s how he remembered me! It just blew me away!

We quickly caught up on personal histories over coffee and homemade banana bread while Mitch’s inaugural CD played in the background. Then, of course, it was time for us to play! And don’t forget, this was the first time my wife and son had met this fabled character from my past!

We began to go through our old repertoire of standards plus a few of Attila’s songs, and as always, he made them all seem brand new. Attila played better than ever - and so did I! But then, he always brought out the best - or at least the most adventuresome - in me. He was very complimentary, too. He remarked that I, “… still had it,” and that I played pretty good for an old family man. Frankly, half of the time I felt like someone who had just missed a bus and was chasing after it, but it was great!

The next summer I tried to hook up with him again, but we were unable to synchronize. He had commitments in NYC during the time we would be spending in Vermont. Thankfully, we were able to get together again this past summer (for the last time, as it turns out). We invited him over to our place (the Vermont ski house) for dinner and music in late July. It was an evening we’ll always cherish.

I hadn’t known anything about Attila’s health problems. He matter-of-factly recounted how he had been diagnosed with colon cancer the previous fall, had been operated on, and had gone through radiation and chemotherapy. But he said he was now back into his regular daily exercise routine and feeling pretty good again. I’m not sure if he was telling the whole story, but he seemed to have the attitude that maybe the worst was over, and we certainly hoped so, too. 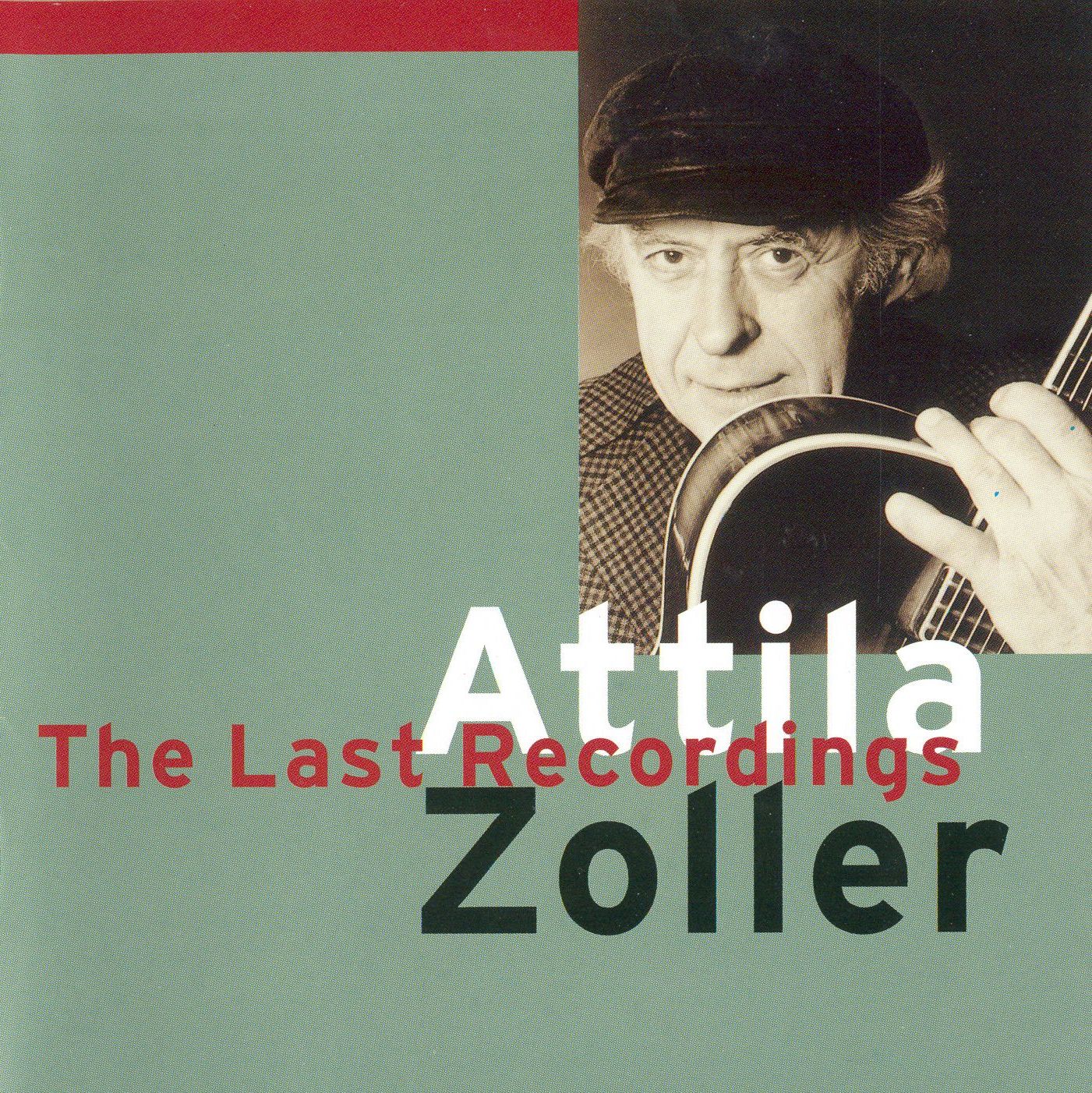 We talked about our personal playing styles, and interestingly, we both expressed a newfound lack of self-consciousness about whether our improvisations fit into any particular category. I’m not trying to say that we were at the same level artistically, but we both seemed to feel we had achieved a certain degree of stylistic relaxation. We also played some rough mixes from current recording projects for each other. He played me a solo version of KayBee, recorded recently at a New York studio for an upcoming solo CD. It was absolutely killer - I sure hope it gets released soon. I played Under The Boardwalk, also a recent solo recording, but done in my home 4-track cassette studio. He seemed to really enjoy it. (He always did get a kick out of listening to me trying to sing, anyway.) I started to tell him a bit about the production techniques I was experimenting with on the cut (I’m into that kind of thing). Attila wasn’t uninterested, but he said, “I don’t know anything about that stuff - I just play.”

Then we played together for the last time (though I didn’t know it then).
He was remarkable. His playing was so relaxed and fluid, his technique was confident and precise, and his melodic and harmonic structures were more eloquently sculpted than ever before. I don’t really know how I played, as I was too mesmerized listening to him. But I found myself playing with him rather than for him. He was still the master and I the apprentice - make no mistake about that - but I was no longer merely following behind him nor just reciting my lessons. We were exploring new places together! It was absolutely inspiring! And, I remember being very encouraged by the fact that Attila was now 70 years old, and his playing was still continuing to evolve.

It grew late and after exchanging warm good-byes, Attila left to drive back to Newfane. He would be heading to Germany to play in a Jazz Festival in just a few days. I was already looking forward to the next time we might play together. This next time, I thought, there would be no separate rhythm and lead roles - just two musicians playing the same song at the same time in a cordial musical conversation! 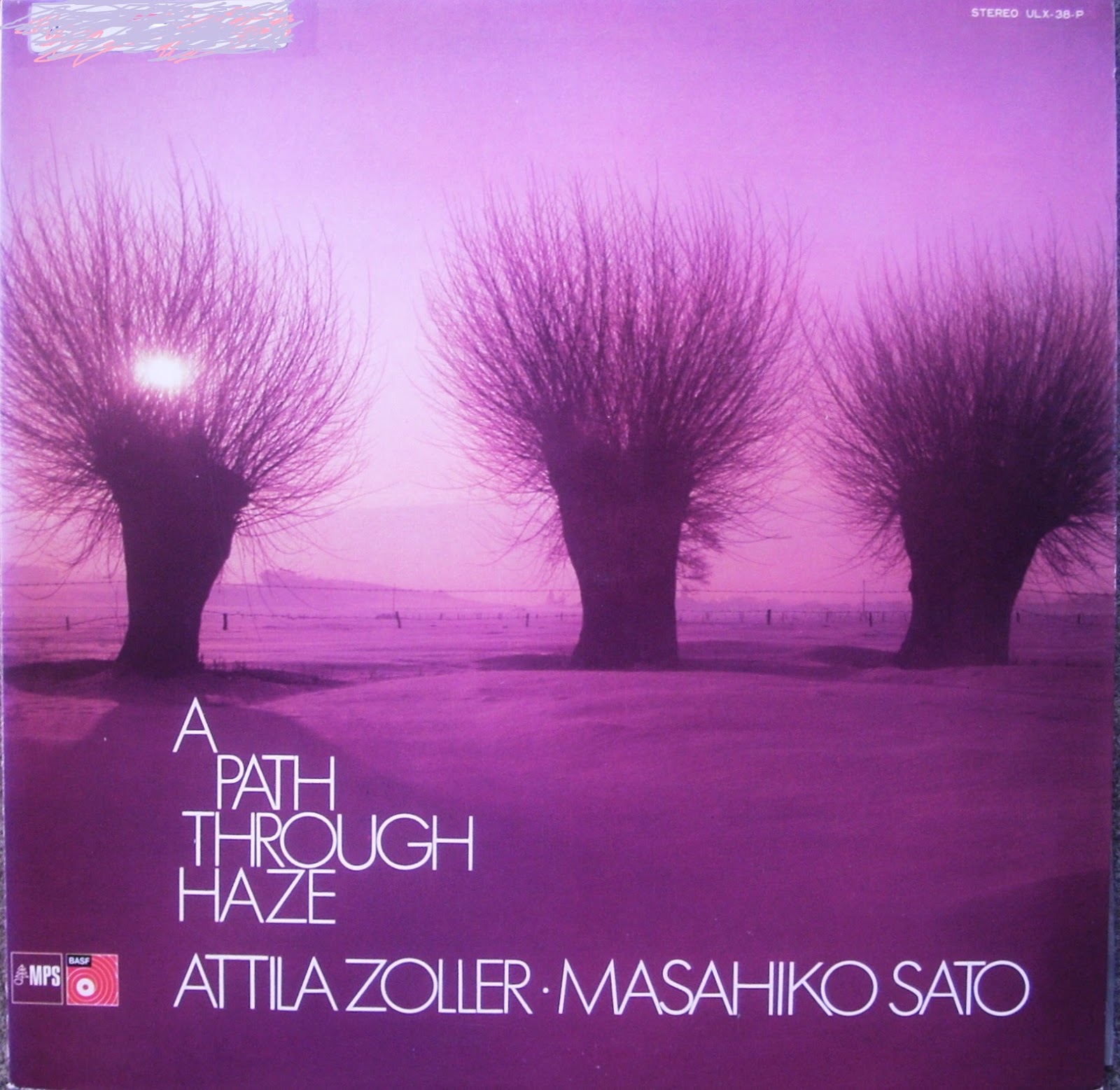 Attila passed away almost exactly 6 months later on January 25, 1998. We were surprised and saddened that his condition had deteriorated so rapidly. Maybe he knew - but didn’t say - back in the summer when we had last seen him. One of the last quotes attributed to him (in a Boston Globe article about his life and his work as founder of the Vermont Jazz Center published just two days before his death) was, “When I play, I’m flying.” Well, I have this feeling that when Attila died, he somehow passed on little bits of his musical spirit to many different people, and I was one of the lucky ones who received a tiny piece. I can feel it! When I play, Attila plays. When we all play, Attila is flying. 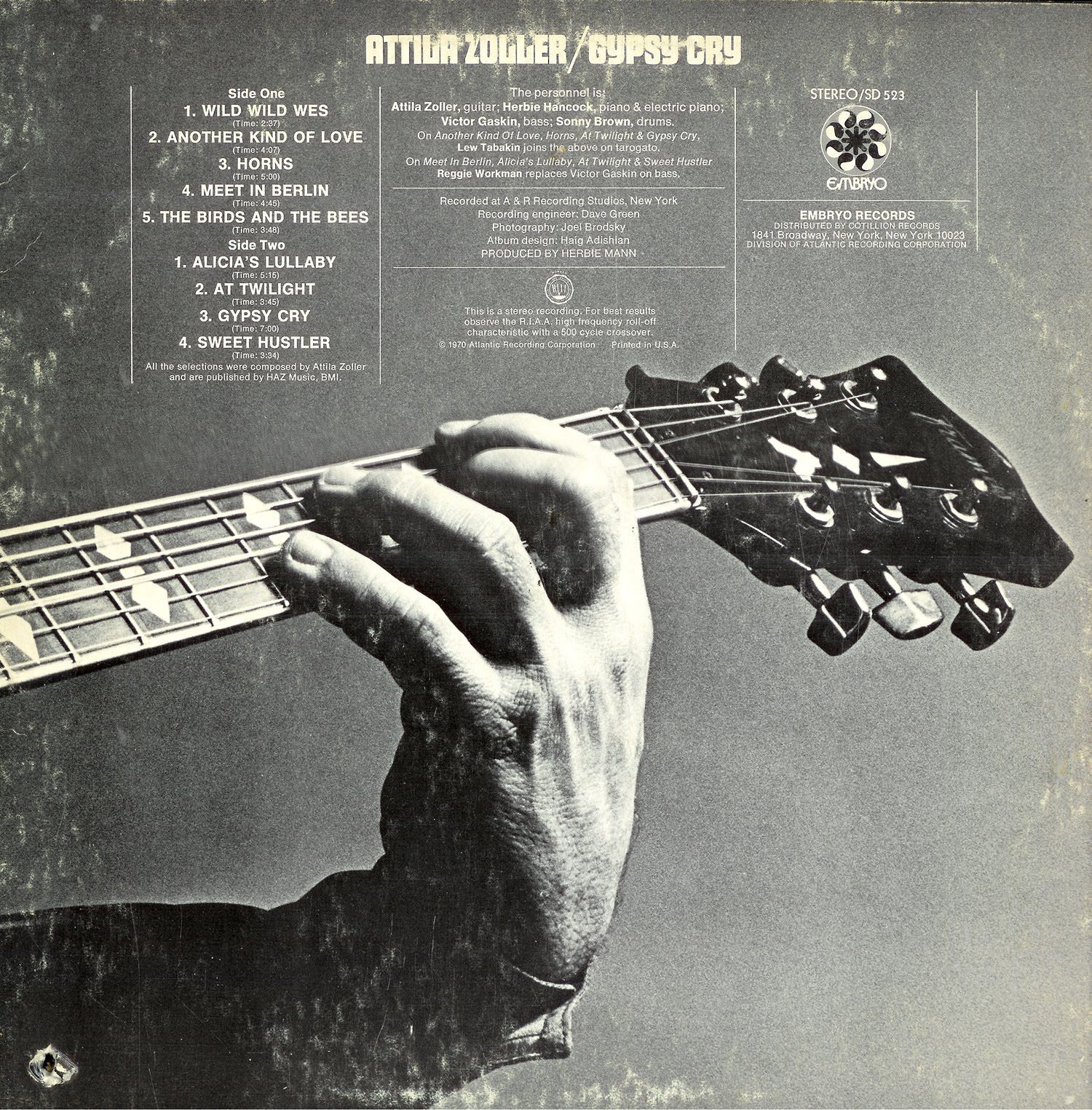