AZ: Let me see. I started to go up to Vermont at the same time that I was at the Half Note. 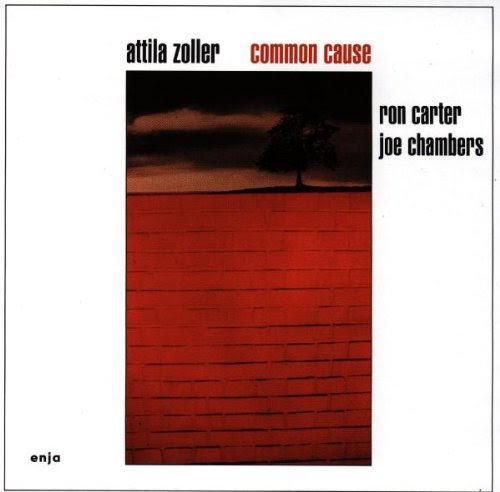 AZ: Vermont. I'm sorry. That's my faulty language. I never learned (English), and I'm dying. Anyway, at that time I got the idea to move to Vermont. I'm a skier. I was divorced. I was in a bad way. I lost my family, my three-year-old daughter, everything, when we got divorced. I was kind of stranded in New York because they moved to St. Thomas, you know. My personal life was messed up, so I was not good, you know. That was the scene then. But I did very important things in those days because I set up the Vermont Jazz Center. I didn't know how it was going to come out. I tell them I'm going to do some teaching there and put some concerts on. But the idea came a little later when I saw that in Vermont actually there was nothing (regarding Jazz). We were in one of the three United States "survival sites": Vermont, New Hampshire and Maine. (Laughs) There was no Jazz at all! I thought, "That's impossible. We'll do something about that." So I started to put some concerts on at the local nightclub. It was like a restaurant: the Mole's Eye Cafe. It was down in the cellar.

Did anyone come to join you from New York?

AZ: Oh, yes! Oh, yeah. I mean, I tried to engage everybody that I knew. Like George Mraz is also a ski nut. He likes to ski. He came up first here, and then some others came, like Claire Arenius. That was the first trio that played there in Vermont with George and Claire. And then I got Fred Hersch; he played one weekend. He played there with George Mraz and me. We played in a trio; I have a tape of us. Every weekend, I played with one or another there. I tried to make the people come to the restaurant. We played first for 20 people. Did you keep your home in New York?

AZ: Yes. I just bought a house to get away from the scene there and just relax out there. And then when I saw the potential, I expected I'd need a house. It just was a camp, actually, with no basement. And I built it into a huge mansion. After a few years, of course, I lost it. I couldn't keep up the mortgage. My home there now is on the same land. I just sold part of the land with the house and built another house.

AZ: It wasn't like the '70s. It was much better. Ah man, there were students and the school that we began. Already, in one year from '81 and '82, three students came up nice, you know. And the teachers had the work, you know. We had very good support. I have a whole list of who was there - Lee Konitz, Roland Hanna and a lot of people. But the Vermont Jazz Center is known already. Another recording that I did in 1980 involved a solo album named Conjunction (1979) on Enja Records. Two of my other Enja albums came out on CD recently, Overcome and Common Cause. The 1980s went uphill for me.

AZ: Ya. In the 80s then, things started to grow already with the money, and I worked. And then I got to be really big. I started thinking to myself that I didn't have to live in New York to do my jobs in Europe. You see, in Europe I am in a different - how do you call it? - environment. The people think differently about me in Europe than they do here. Over there, you are an artist; here, you are a musician.

Do you have more of a following in Europe?

AZ: Oh, yeah. I don't know about the numbers. I am in the (European) promoter's eye. I didn't disappear. What I am doing on guitar is not ignored there; here, it is ignored. That's why I tried to play something popular then. In my forty years here (in New York), I have learned something. I am not just for business here, you know. I am not at all for business. I am just for music here and I wanted to find out how it works, and that was nice. There are different aspects that I learned here - different motifs, different ways of playing Jazz. But I have only artistic ambitions and not financial ambitions. 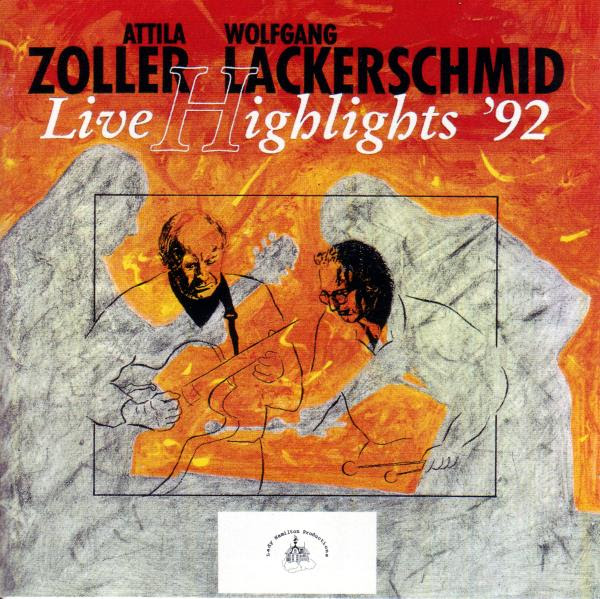 Has it been hard for you to make a living?

AZ: No! I don't like making certain types of music just for the money's sake. That is an "in" thing to make a hit. I like to do some original stuff that people like. And if they like it, I like it too. I like when other people like it, but I don't care if they don't like it when I play in certain places the wrong (popular) music. If it's not my music, I'd rather not play that any more. Anyway, that is the problem: to make financially also a good living with music. But you play the right music for the people, right? But if you feel it's not what the people want to hear, that is no good. That's how it works. I don't complain. I don't have the least reason to complain. I'm seventy. I was almost seventy when I made my solo album. On June thirteenth (1997), I was seventy.

You're playing as well as ever.

AZ: I'm playing better! I tell you, I'm not trying to sell anything. I talked to Tommy Flanagan and he's making an album now. He said, "I want to do a standards album now because I never sounded so good before."

Could you tell me about your guitar inventions, like the bi-directional pick-up?

AZ: It involved a lot of research for sounds. Every pick-up looks almost the same inside, you know. The difference is also important - where everything is and how it's laid down and how it's built. I mean, there has to be a solid piece on the end. All kinds of things. The pickup has a flat sound; you can do anything you want with it. It's a flex response pickup. For example, if you want a different sound, you would do the orchestra way, which I discovered. But you don't have to discover all of that to make a pick-up.

Have you designed electronic instruments too?

AZ: No, I have no knowledge about electronics. I made the first pick-up also for vibraphone for Gary Burton. I did the work with him. He bought a pick-up. Shortly after that, somebody else came out with a better pick-up. It was easier to work with. With the electronic part, they saw what I did and said, "Oh, if it works like that, then it could work this way too." They tried it; it worked. The pick-ups are direct for the notes in that each note is a wire coming out. They can do that now because they know that aluminum is a magnet. The aluminum notes are responding to magnetism. So that's what I did - a difference in the pick-up. I found a pick-up factory in Germany who would do this: Shadow Electronics. They produced then that AZ-48 Design. It was called "48" because I was 48 years old at that time. I wanted to make the electronics easy. 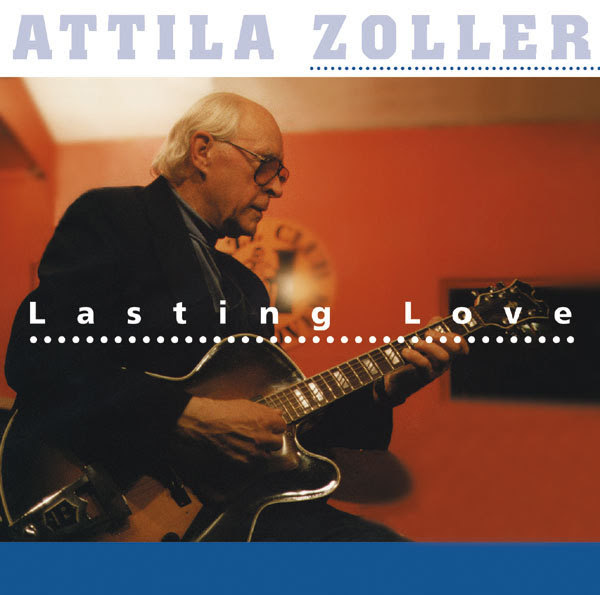 I see that you were honored at the American Guitar Museum.

AZ: Oh yes. There were 50 guitar players there, such as Jim Hall, Peter Bernstein, Abercrombie and Scofield. (Laughs) There was about every guitar player over there; it was like a convention, you know. And of course, a lot of the younger cats were there - Russell Malone. That was for me as a guitar player, of course. The fellow put it on there, because I'm sick, to cheer me up or something. It was a surprise party; I didn't know. He said I could try nice, expensive guitars - $50,000 guitars. I thought, "I ought to try that!" So when I went there, there was only one guitar there. I thought, "What is this? This is the wrong place." I thought it was a chance to try the guitars. I thought I could take them down and play them. Anyway, it was a big surprise. Even Herbie Mann was there. (Laughs) Joe Lovano was there - lots of musicians.

Have you been sick?

AZ: Yes, I'm full of morphine. A little too much, you know. (Laughs) I have colon cancer, yes. It's down in the fourth stage already. I'm losing weight. You know, you'll have to excuse my language because I am now feeling that I am drunk or something. So that just makes me kind of drowsy and like I'm drunk, you know. I'm still full of engagements. Like tomorrow I have a concert to play at. I don't know yet if I'll make it or not; I'm trying to make my mind up. Up until 1990 to 1992, things were very good with steady growth. Then in '94, I had a gall bladder operation, and the whole mess started.

Did they find out you had cancer then?

AZ: No. At that time it was just my gall bladder. I shouldn't have done it. I did it, and then a year later, I got the diagnosis with cancer in November. Then they made the operation. In '94, I had a record named for the doctor. It was called When It's Time (Enja). That's what I said: "When it's time. Don't worry. You don't think I'll die now. When it's time!" It's a beautiful ballad on that record.

You recorded with Jimmy Raney (L&R Records) in the early 1980s.

AZ: We made two records. One was made in '79, and two records were made in 1980 because there were both concerts. One was in a big concert hall - the Jahrhundert Halle, or the Century Hall - with 2000 people in Frankfurt. It was a big festival, and one concert featured three spontaneous improvisations over themes with no pre-arranged playing. It's not so easy. We recorded it, and it came out. It's going to be an album for the next fifty years, you know. It was very good; we played with a symphony. Anyway, we made two records from that with Jimmy Raney called Jim and I because all of the three LP's came out on one double-CD. Then Common Cause is already on two other records - on the end of Conjunction and the end of the album Common Cause. The end is two pieces of the solo. After that, I had nothing else but the new Enja record, which is When It's Time with Lee Konitz, Larry Willis, Yoron Israel and Santi Debriano. Also, I did Thingin (HatArt) with Lee together, which became noticed. It already had good reviews. It was the record of the month in Germany. It is almost uncategorized. It is very special, very good music. I mean, before I go, with that album, it's nice to know that something is cooking. January 9, 1998 - Jackson Heights, NY 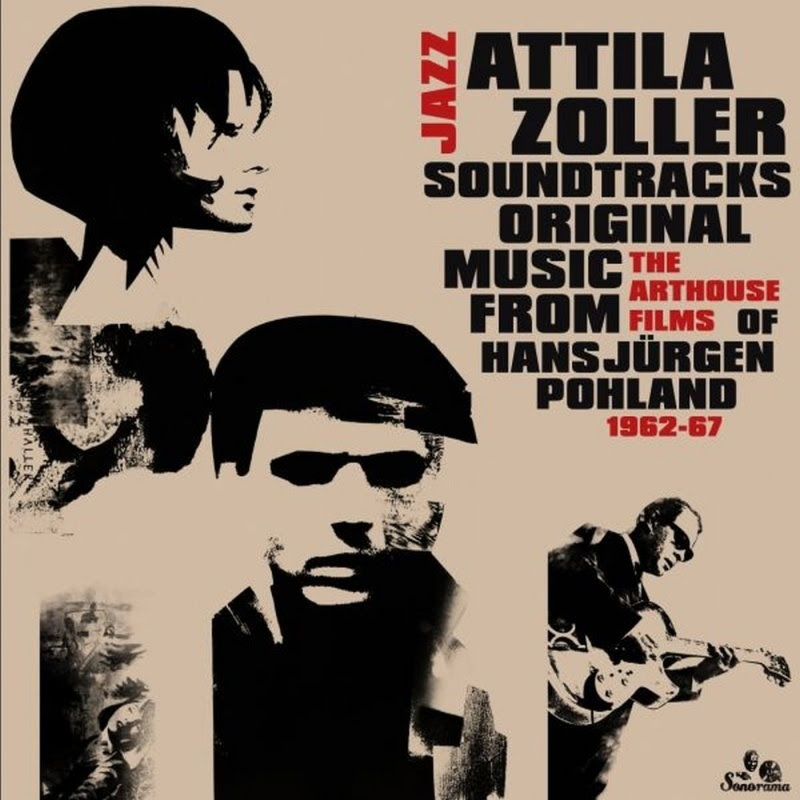