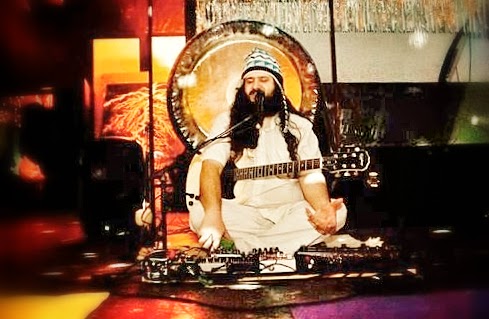 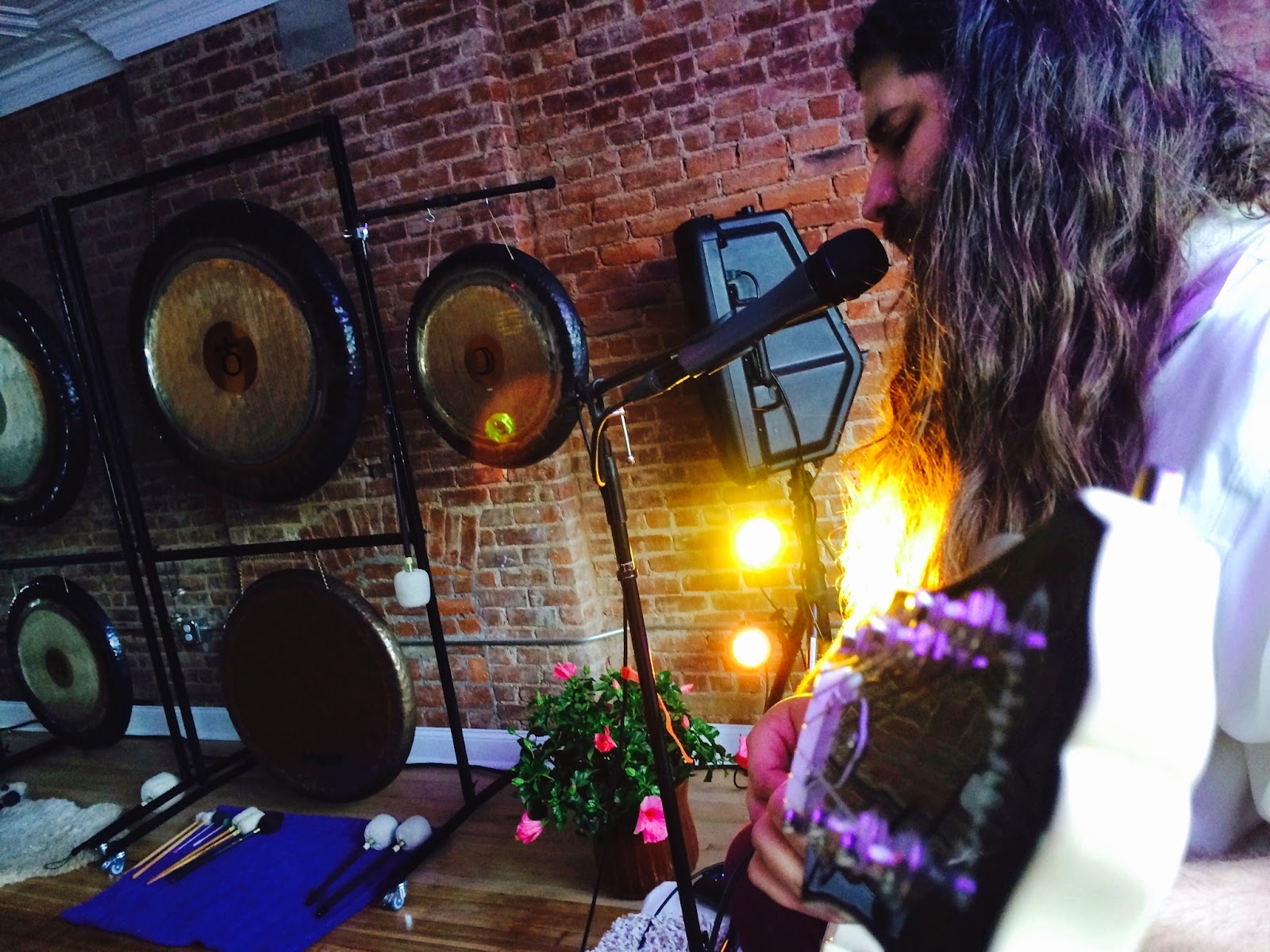 In his youth he studied with the mythic Sayas Ser. He has also studied in India with Mauno and Yogi Amit. He studies and performs with Gong Master Don Conreaux.  He studied Kundalini yoga at the Kundalini Research Institute in Espanola, NM with many teachers including Dev Suroop Kaur, Snatam Kaur, Nirvair Singh and Gurucharan Singh.  He has also trained in Yoga for Youth with Krishna Kaur.

He has traveled the United States extensively, performing somewhere between 900 and 1000 shows in his career. He writes about many of his adventures in an ongoing collection of stories called Without Beginning, Middle Or End. He has also curated 3 years of the Fantastic Voyagers Music Festival. He runs Crown Of Eternity Vibrational Healing with his wife Gallina Tamburo.  They travel the country together giving workshops on the gong, mantras and deep listening experiences. 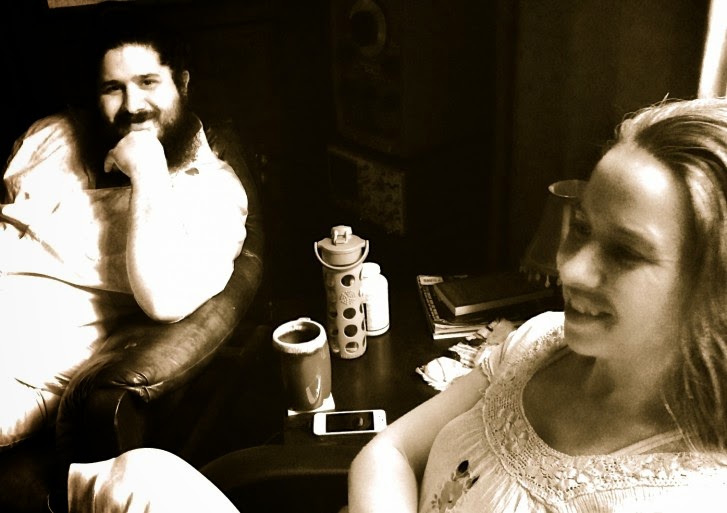 I think that my first 3 instruments were a toy xylophone, a tape recorder and a casio keyboard. The xylophone had different colored bars, the tape recorder was red and had pitch control and the casio had a samba beat that I remember using a lot. I think I was around 10 when I got my first guitar. It had a speaker in it and used to feedback very easily. It was very hard to tune.

I feel that there are things that I can express with music that can be expressed in no other way. It is the universal language. I think everyone lives better with music. 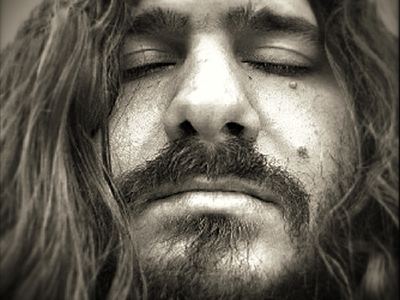 About half of the sound work I do right now is with Vibrational Relaxation or Vibrational Therapy. I work with gongs, Himalayan Singing bowls, Hammered Dulcimer, Bells and other metal objects. I often imagine at this point in my life that these vibrations are the only thing holding my body together. I do find a distinction between this work and my other musical output.

As far as my love for strings. My main pleasure is watching open strings vibrate. I have always loved this and I imagine it is why I continue to learn how to play more string instruments beyond the guitar. I love the sound of well placed intervals, especially on zithers or my hammered dulcimer. I love the sustain of the string and the quality of the sound.

The main limitation is that strings break.

Getting into mantras was a little surprising for me at first, but I feel like even that is a natural progression on my path of musical experience. The sound really works deeply into me, it is incredibly freeing and healing.

At this point I have been listening to and playing music for so long that I almost forget what my roots really are. I have always wanted to play music. If you asked me this question in the 80s I would have said some metal bands In the 90s it would be Japanese noise and Sonic Youth, Zeena Parkins, Gastr Del Sol and Steve Reich. In the 2000s I have had the great fortune of spending time with amazing musicians who have become my friends and who I get to interact with quite often. I find that to be more inspiring than anything.

A lot of my early inspiration was just growing up around Pittsburgh. When I was younger we had the kind of scene where it made sense to go see Guided By Voices one night, Cecil Taylor the next and The Dead C the next night and the new music ensemble playing Olivier Messiaen the next. There was lots of variety. Plus we had amazing local bands. Hurl, Karl Hendricks, Don Caballero, Shale, Swob, Blunderbuss all blew me away. I loved growing up in the Pittsburgh scene in the 90s. It was a great musical environment.

I find myself being more inspired by a keyboard line in a song I love or some little nuances that maybe I miss the first time I hear something. I am still listening to Television, David Bowie, Sonic Youth, Dylan, The Velvets as well as a whole lot of other things that I have been listening to since I was a teenager. I do not feel like I sound like any of them though. If anything, they inspired me in my love of music and inspired me to do something with it.

Seeing Ravi Shankar on a video of the Monterey Pop festival has imprinted me probably more than anything. There was such skill and love in his music. 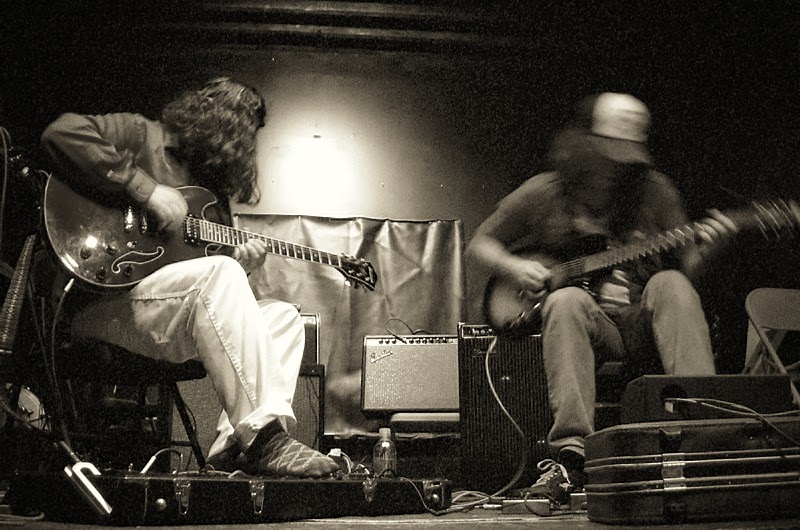 There was also a duo performance by Elliott Sharp and Zeena Parkins in Pittsburgh in 1995 or 1996 that destroyed me in the best ways. They had such amazing passion and interplay. They were working with the old digitech and DOD pedals in a way that I had never imagined before and it just hit me so hard. I already had my first looper back then. They showed me how seamless it all could be.

Right now I am working on/with what makes me feel good. In the past I worked with/through a lot of catharsis in my musical process. I feel like I have kind of moved away from this need to emotionally vomit through sound. I want to make sounds that are more sustaining. I am looking always looking for a sound that is enveloping and penetrating and something that take the listener and myself to a mental environment that could not be achieved without it.

My dreams fall somewhere between a Terry Gilliam movie and a Romantic Teen Comedy. They are equally strange and sexy.

Try not to eat anything made in a factory.

The only things that are impossible for me are the things I have not yet imagined.

Well after many years being somewhat purposely lo-fi in my recordings, I have gotten really interested in making my recordings sound really good. I used to be just fine throwing up a single mic and capturing my inspiration as easily as possible. When I started trying to record the gong and also singing, I realized that I needed to figure out a way to make everything sound better. I had been focused on live recordings for so long. I almost forgot what an amazing tool a recording studio could be.

Another View Of The Gate
CDR (Perhaps Transparent - 2010) 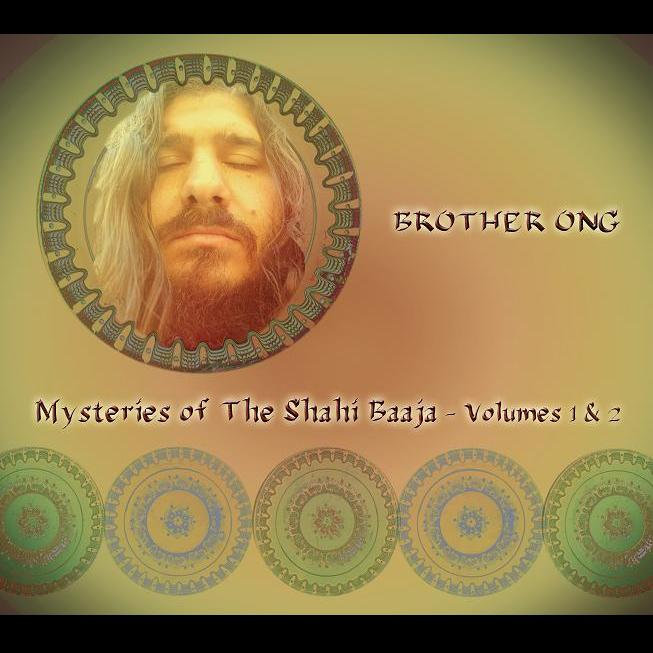 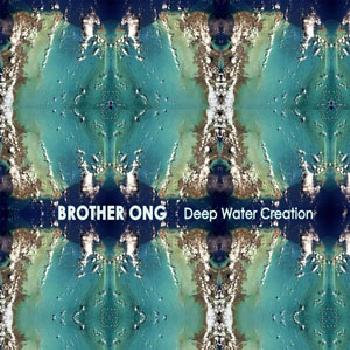 Everything After The Bomb Is Sci-Fi
CD (Cenotaph Audio - 2002)


The Second Lesson in New Era Time:
Exploring the Possibilities of New Wave Villains;
And What of Boy?
LP (Cenotaph Audio - 2000)

The First Lesson In New Era Time - The Universal Orchestra Of Pituitary Knowledge Sing Om To The Disturbed Onlookers, Who Were Meisha And Robin Anyway?
CD (Music Foray Two - 2001)

The Fourth Lesson In New Era Time - Redefining The Sixty Foot Rock Band; The Deaf Will Still Feel Our Vibrations OR Republic Of Meisha
7” (Pop Bus - 2000) 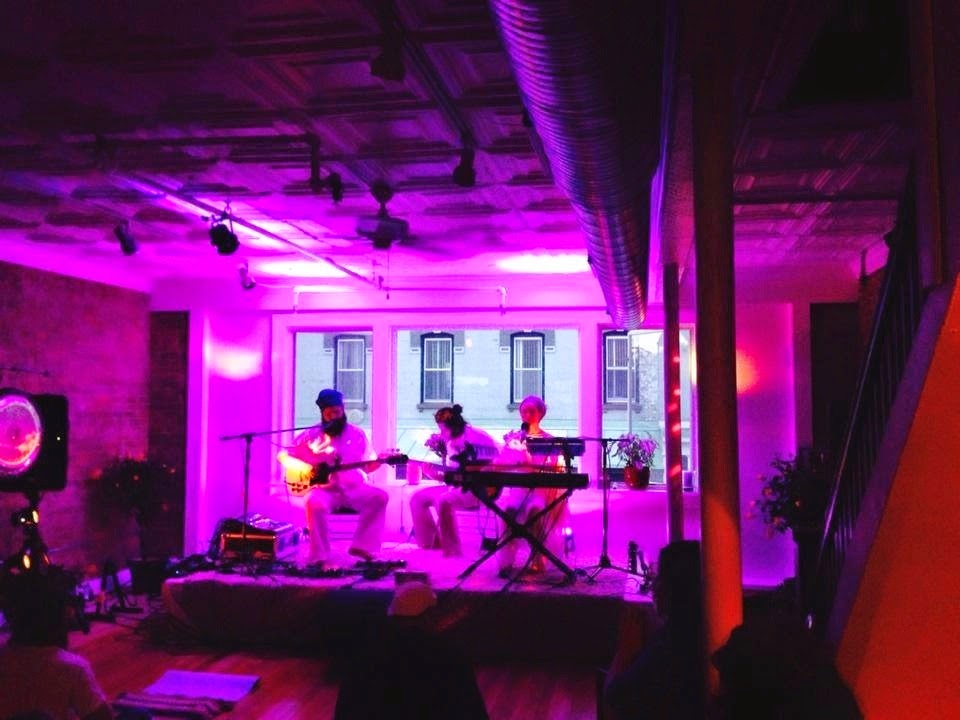