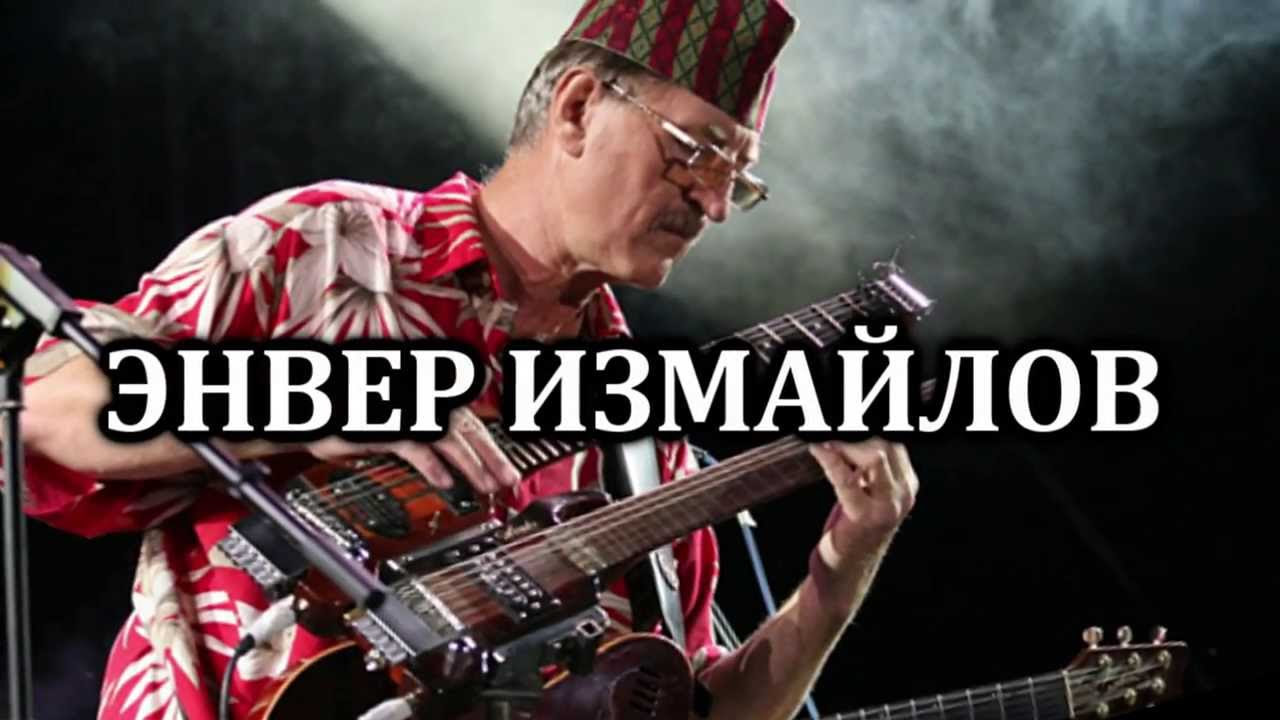 Enver was born June 12, 1955 in Fergana. There he graduated from the art school class bassoon, but his heart was ever given guitar. Bassoon useful to him during his military service in the orchestra of the Far Eastern Military District, but after returning home Enver his time began to devote guitar. He chose his famous guitar by ear, since no video, no, especially telepokazov popular guitar performers and rock bands at the Soviet time nobody saw polished his technique and style of play.

As a result of multiple exercises appeared guitar technique in which the fingers of both hands are on the guitar fretboard, as the keyboard and the sound is produced by shock or plucking the strings. In most variants of the left hand playing the theme, and right - the bass line or rhythm. Later in the musical environment this method would be called "Tapping» (to tep - banging on the keyboard, tepping - network connection, - Eng.) Proved that this technique is very organic for Crimean Tatar music with its dizzying rhythms and odd crafty melizmatika. When Izmailov "desyatipaltsevym method" derives from its like nothing on earth magic guitar sounds hard to believe that the scene plays just one person.

Stormy Enver Izmailov musical life during his life in Uzbekistan includes the game in restaurant groups, on national holidays and weddings. However, as part of a jazz-rock group "Sato" by Leonid Atabekova Enver spoke at Union Festival, becoming the first winner of the Republican contests. 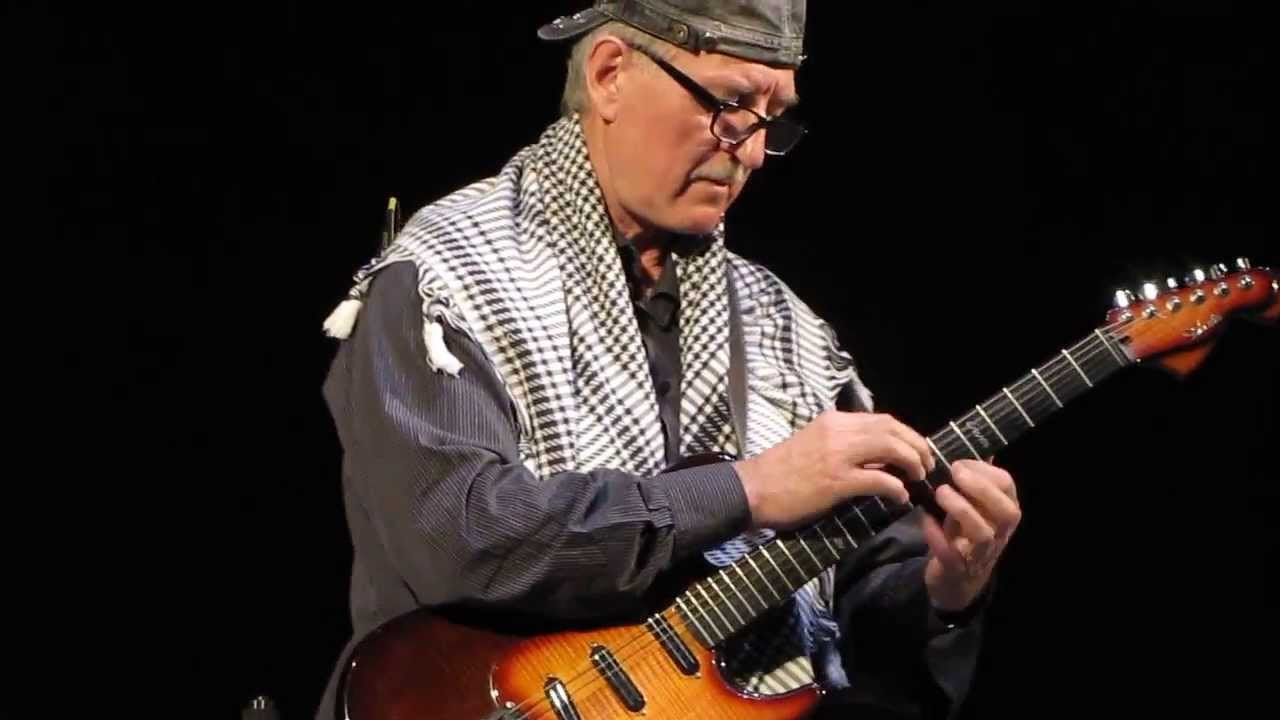 In 1990, Enver and his family moved from Uzbekistan to the homeland of their ancestors in the Crimea, where he began to collect folk music of their ancestors, the Crimean Tatars. During these years he wrote several solo programs that embodied his idea of ​​ethno-jazz fusion. Parallel Enver led musical trio "Minaret", organized in 1995 with flutist and drummer Narketom Ramazanov Rustem Bari.

According to the results of the survey conducted by the newspaper "Soviet youth" (Riga) Enver Izmailov ranked sixth among guitarists USSR fifth place in category "Musician of the Year" and the second as "musician who deserves the widest recognition." First Prize of the European International Guitar Competition in Lausanne (Switzerland), the winner of many awards and diplomas. Since 1995 - Member of the Presidium of the Ukrainian Association of Jazz. In 2009, Enver Izmailov became People's Artist of Ukraine.

Enver Izmailov - citizen of the world. His repertoire includes countless musical works of different peoples and cultures. Who at least once seen as music is born Enver, who made a discovery of a new guitar music, he understands that striking skill, combined with brilliant originality give birth to music, similar miracle. Enver represents the real miracle.

1. Which was the first work did you record?

My first album was EFSANE, recorded in 1986 in the Uzbekistan city of Tashkent. I played in a folk-jazz band called Sato, with old pals Leonid Atabekiv in the bass guitar, Riza Bekirov-el in the  piano, Narket Ramazanov at the flute and soprano sax, David Matatov and Andrey Atabekov in drums and percussion.

My last solo cd is Yarimada, recorder in 2013 in Kiev/Ukraina. I got a great luck with finatiation of this recording project, thanks to the support from a group of close friends in Ukraine, Igor Tsishkovsky,Vladimir Demin,Michael Maltsov and also Mathias Barenfaller from Switzerland. A lot of THANKS to Them!!!

3. What do you enjoy most in music?

I enjoy everything in music. Because music is my life.

4. Which side of your own work are you most proud of?

I really enjoy playing all the traks in studio by myself and made guitar imitation of drums, string orquestra,  violin, cello,  percussions, voice, cimbale, urdu, darbuka... even  animals, dogs, horses, cats, cows, motorbikes, helicopters, airplanes and many others. All of them through plain guitar, without any effects. I would like to show to people that guitar is an unlimited instrument

5. What's the importance of practice in music, in your opinion?

Important: silence, feeling. You must be fun of every positive thinks around your life. This is very global. GOOD PRACTICING - GOOD MUSIC!

6. What quality do you admire most in a musician?

Everywhere musicians are similar, They're only differents through his qualities: I admire in musicians their originality and profesionalism.

7. What’s the difference between a good guitar and a bad guitar?

8. What was your first electric guitar?

My first guitar was a bad guitar from USSR. It was called URAL, that means: bad guitar player. True.

9. Define the sound you're still looking for.

Each musician is looking for his own sound on the guitar and eventually found it. In my case, the different fact is I play World Music. In each folk genre's approach there's an original sound that I'm trying to capture in the guitar. For example,  the indian sitar, dutar in the Central Asia or cymbal in the Balkan music and so on. I found my sound through Tapping guitar. Tapping style makes the guitar sound different than classical.

10. One thing do you have learned with effort through the guitar?

Of course, most of my songs are not exactly easy to play. And the most difficult for me, I think is SABRE DANCE by Aram KHACHATURIAN that I play solo live tapping in a fast way and MONTI's SHARDASH

11. What was the best moment of your musical career?

My best moment was when I play my first note on my URAL bad guitar!!!! Before 3 days I tryed to get sound from this guitar and dont understand that to make a sound I have just press strings to neck. THEN  I DID IT,  after that  was  WHOOOOO!!! IT WAS the BEST MOMENT IN MY LIFE!!!


12. What dead artist  would you like to have collaborated with?
Poet Omar Khayyam

My next projekt will be work with my trio KARADAG: Rustem Bari, percussionc and Ruslan Bolatov in piano and violin.