as a serie or
as a trilogy?

(Jack Dejohnette & Bill Frisell - The Elephant Sleeps But Still Remembers, i've listened the very first track a lot lately, eponym title)
– as for deliberate trilogy I can't really say, its not like deliberate but happens to be often the right form for me.

I start one and hear two contradictions, often it goes first one is totally out of the blue coming, the second faces problems the third one mixes all. Again in the last years I've stopped any attempt to premeditate anything, it calls me and its time to do it cause recording such things will be a basis for me after of listen – i'm first (and main) client! (lol). Something pretty unique and somewhere strange happened since a year or :

I record to hear myself, because what I happent to play is what I wanted to hear since long (inner ears), and so I self provide my ears. Its not on the ego side (i'm harshly crictical) but on some sort of osmose and harmony. Happy that Way, the Idiot-Cretin happyness, the most simple one.

Bread & Wine, Outdoor, Sun = happy. Or Music to live to, with, …autonomy they called it (lol).

in this serial work?

I come from early jazz, the sequence is always the same for me : drumming, Ride-Snare-Bass Drum (Hi-Hat). I need swing like water or bread. As a kid i use to walk a lot listening to like Dexter Gordon, Eddie Lockjaw Davis, Ben Webster, Coleman Hawkins, Sonny Rollins, and my steps were following – that incredible gap between Bass, Drums and Lead.

I guess Swing is the word. What type of Space did you mean? Like Rooms-Streets-Houses-Cities or its musical translation? Again i came to a point where I totally stopped to think but vibrate and Flow (or Growl). That includes a lot of things pretty complex to detail because so simple – I react to what I hear, what I heard all those years repeatidly and dropped down any moral aspects of it (if any).

My influences (or tutors, or rod, stick what you grow from) are a huge galaxy of proper-unproper stances. Like today i deliberately recorded (I Love Fusion) music with sampled hip harmonies and didn't check them at all before to make sure i'll hit the wrong notes enough too. Because they tell me a lot, at least as much as the proper ones, and in both case all this is in me and i have no real idea how (but open practice).

The space you're talking about is probably something i'm very naturally inclined to hear since always, which is «suggested» music – Suggesting Harmonies, Lines, Tones that you don't necessarily play. Another reading of space might have to do with my sort of permanent rejection to play the game first degree but take sideways. That's why i also enjoy so much to
go through clichés (in terms of styles, productions, techniques).

Maybe I found my own space and its everywhere and nowhere, altogether (United). 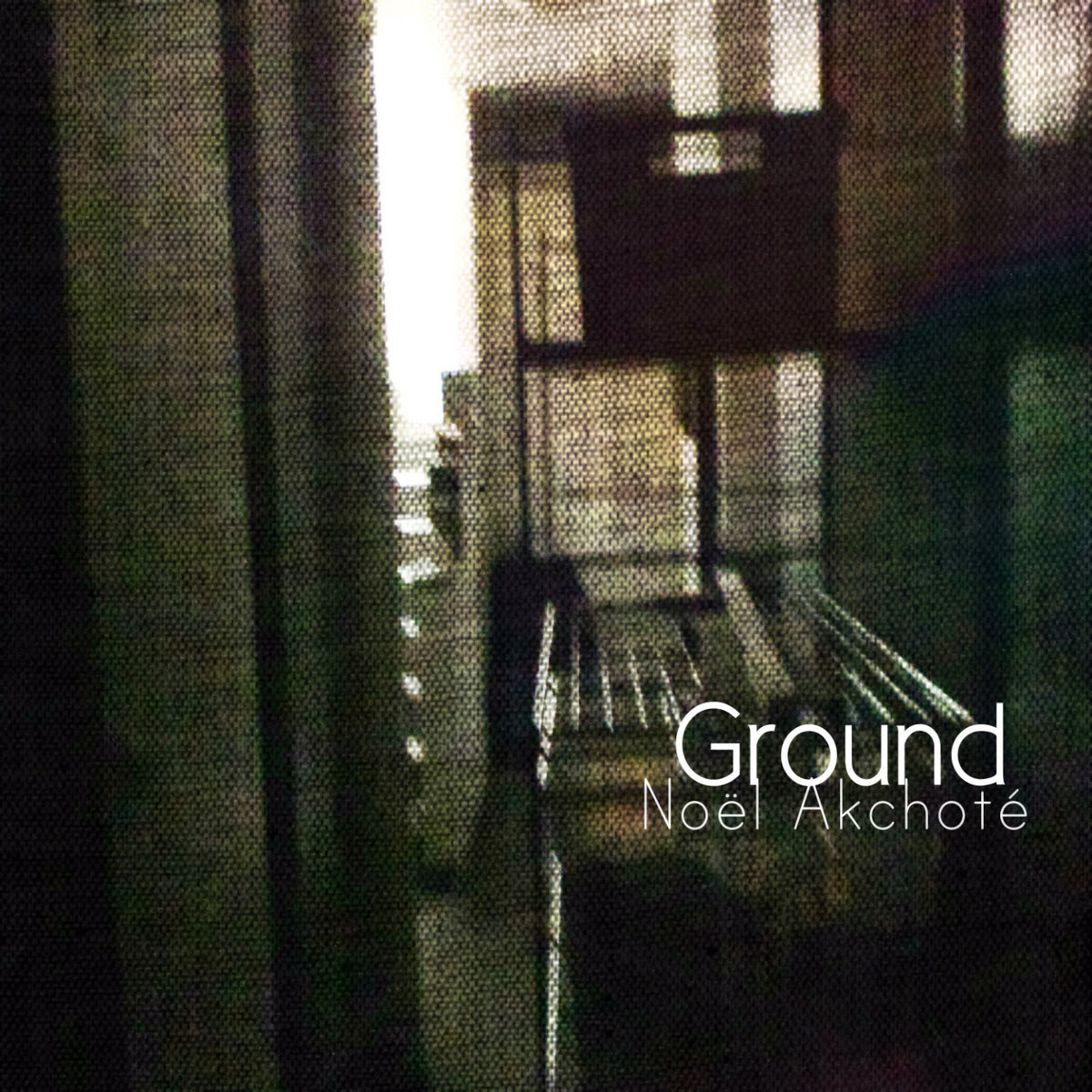 a catchword, a watchword
for your last sound researchs.

I turned 45 lately and it seems the age where all my pairs and colleages hit the more popular-easy listening-pleasing moment of wanting to apply their own playing to some sort of muzak form or at least that your family could listen to (once too). I don't want to sound like self-content but yes lately I came to a point i always looked for which is that my playing « plays alone », i'm just the vehicle and support.

And I became pretty excited about what it plays and says and therefore I need to record it over and over in all sorts of areas and contexts to listen to it more carefully and learn from it -I mean both ways, learn where it is and learn where to push it too, work it out-.

Its again that thing that I stopped thinking but just play. You're dealing when playing with 1000 stimulis that are pretty difficult to name, or explain, and that actually don't need to be for their original purpose.

I'm really curious about
the recording proccess and

the routine of your work,
because you live absolutely devoted to it.

If I prepare an album its usually that way – some idea came clear to me and so i open a new file and start to put all together: that is music as much as visuals, titles, form at first. I'm very square, I need things in order, framed, boxes to put things inside in their right place. Then starts the basic tracks; those latest productions are usuing mostly samples and loops before I play on top.

So I Look for in what I have and If I miss something I look online further what's available. Then I start the core work – It takes me basically an hour per backing track – I have an idead and I glue whatever makes me feel good in that area that I have on the computer and from there start to hear what i need more – its exactly like painting when the artistic moment starts you have no idea what will be it flows throws out goes out of yourself you're juste a body doing what that work needs – you don't think you react (that's music technique, react fast – if you ever need to think in the playing about your playing you're finished, you can think about your keys, girlfriend or else that's fine but NOT about what you're playing, never).

So if an album is like 8-10 tracks between a first morning and the next evening you're basically done with the basis. Then starts the playing mode, and for it I usually think of a set up of pedals and gear I want to use and again order it, put it in bags put everything ready in the room so that the next morning i only have to play – on those days (nights before) I open a wine and wander around through those tracks listening to them hundred times – then I have dinner go to bed, watch TV a bit do nothing strongly relax and fall asleep 22h or so and wake up about 3AM – at that time i recheck all get in the mood (coffees and cigarette, astrology on radio, etc) and usually 5AM is my time – then I start and go through all takes (mostly first take, very very rarely second takes, but two separated guitars often) – usually by 9AM I'm done – i clean the room and the pedals (oh yeah one thing – i only record of Queen Size Beds, with all on it spreaded on desks and me siting on the edge) – I go out for a shorter walk, do some shopping and then start mixing, labelling, uploading and releasing – then I have a beer at 12 and enjoy the result, lunch at 13h, nap 13:20 – and around 15h I do all the office work attached to it (Pages online, Sacem Fills, Safety Copies).

Then my desk is cleared and I open another one album..... (lol). I usually have always a good dozen of set projects to carry on right after – then when comes the moment of such series coming to their natural end i just stop and live differently – walk much longer in the morning – listen to music while walking – practice guitar – eventually have hollidays. I have the most simple life on earth and for me the most enjoyable one, cause that's really mine.

PS – About the Quantity or Volume of productions people often see me as a sort of neurotic but excuse me – all artists i've ever met do exactly the same and some twice more even – all painters did always, authors wrtite daily all of them (Flaubert, Nietzsche etc) – its nothing special its precisely how it works what this life is about.

I once met a guy who was taking care of the Potery & ceramic for Picasso when he moved to Vallauris up Nice in Provence (funny story is Vallauris had started to become late 60's a sort of Hippie Artist Place and all of them expected Picasso to come to work with them, but he went to the oldest traditional Pot house who didn't like him at all but where masters at crafting). And that guy said Picasso woke him up every second night to decide which model to make the next day and when he arrive at his house there were one idea and 100 or more variations of the same. Its just the way it is - 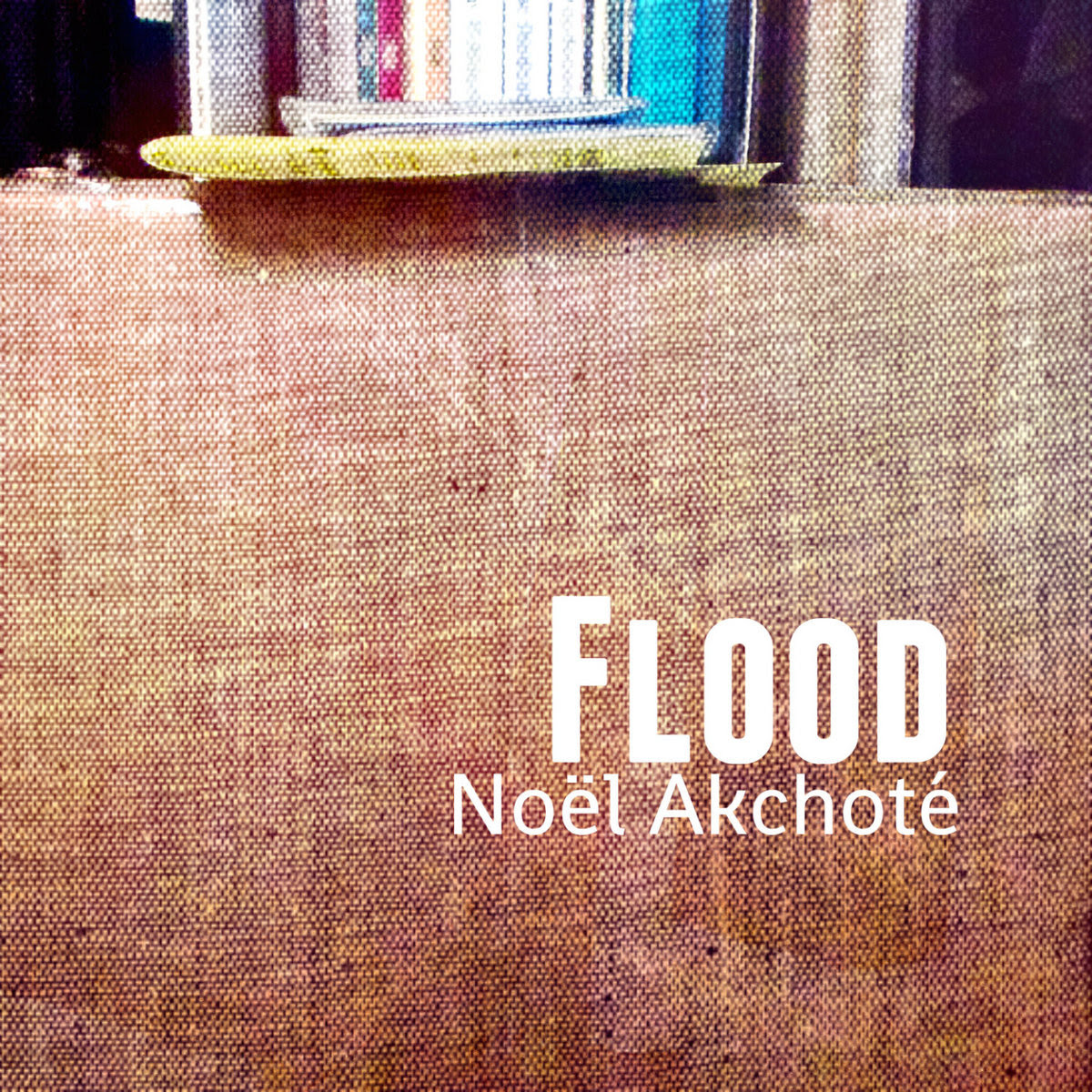 Talk me about the fetishism of the material.
Every work has a special dedication to select the gear to use,
some of your works were born
even a concrete dialogue with certain equipment, guitars mainly...

I think I really passed any sort of fetichism with gear – but maybe it is still – basically I'm obsessed with equipment that i've heard and seen when I started – especially the very 80's stuff that became sort of out of fashion since – but not with any nostalgia much more, because i heard it so much that its free zone for me to carry on further also, because historically each strong moments comes with technical new tools (80's clearly with gear pedals guitars amps etc synth, computers – Miles for example is totally the sign of it).


What I've done the most lately is to find the exact proper pedal i want for each area of effects – for example I wanted that growling effect you had before on the Ibanez Stereo Chorus (the kind thing Scofield or Gatton a different way uses all over, that Hammond sound turning thing) so of course most gear is shit today and I had to buy and resell 5 Choruses until finding the closest one the first Maxon reissued (not the ones after). I deliberately went back to effects I know by heart and let aside the last decades like Auto Wah (Maxon reissue is better than the original one), Overdrive – Boost (again Maxon OD vintage Pro, Xotic Preamps, etc). I also bought an old old fantasy : Electro-Harmonix 16 seconds Delay Looper (the one Frisell puts everywhere during 15 years).

All those pedals are really what I like the most: one knob (two max) effects. They are not effects, they are exactly like elements when you start to select your products for cooking on the market. They make Body-Effects – things your Ass & Butt will follow not thinking even. The last thing I got is a copy of the Coral Guitar Sitar, by Italia a great copy for less than 500$ , that i will use soon on more Bhangra-Jazz albums.

How's your last dialogue with  drummer

I met Arthur in october in Nantes where he comes from, its a photographer Michael Parque, my age, who follows all the young musicians who told me to listen to him and also showed me a bit of all the news groups and collectives in France which I frankly knew little about before. Arthur is openly different for me, at first he is already very advanced musically instrumentally (mid 20's ? or maybe late 20's) but came at a time where Jazz means not much or past. He and his people around open up a lot to all sorts of possibilities, in fact he makes me feel like possibilites is his key word, event new spaces or go where there is space. In this case (Room) i asked him a sort of exercice (passage obligé) to play only Time and Overdub Himself (all basic loops I did where pasted up to three drums kits together to get more swing from their gaps of ride and swing). I'm kinda stubborn with playing with other people at the moment – I can't really imagine starting a band with younger people and learn to get there (but time will come again for sure) – I like things fast – I'm more of a go New York 3 Hours and the exact musician you think of – but that's getting complex so I use loops for it at the moment.