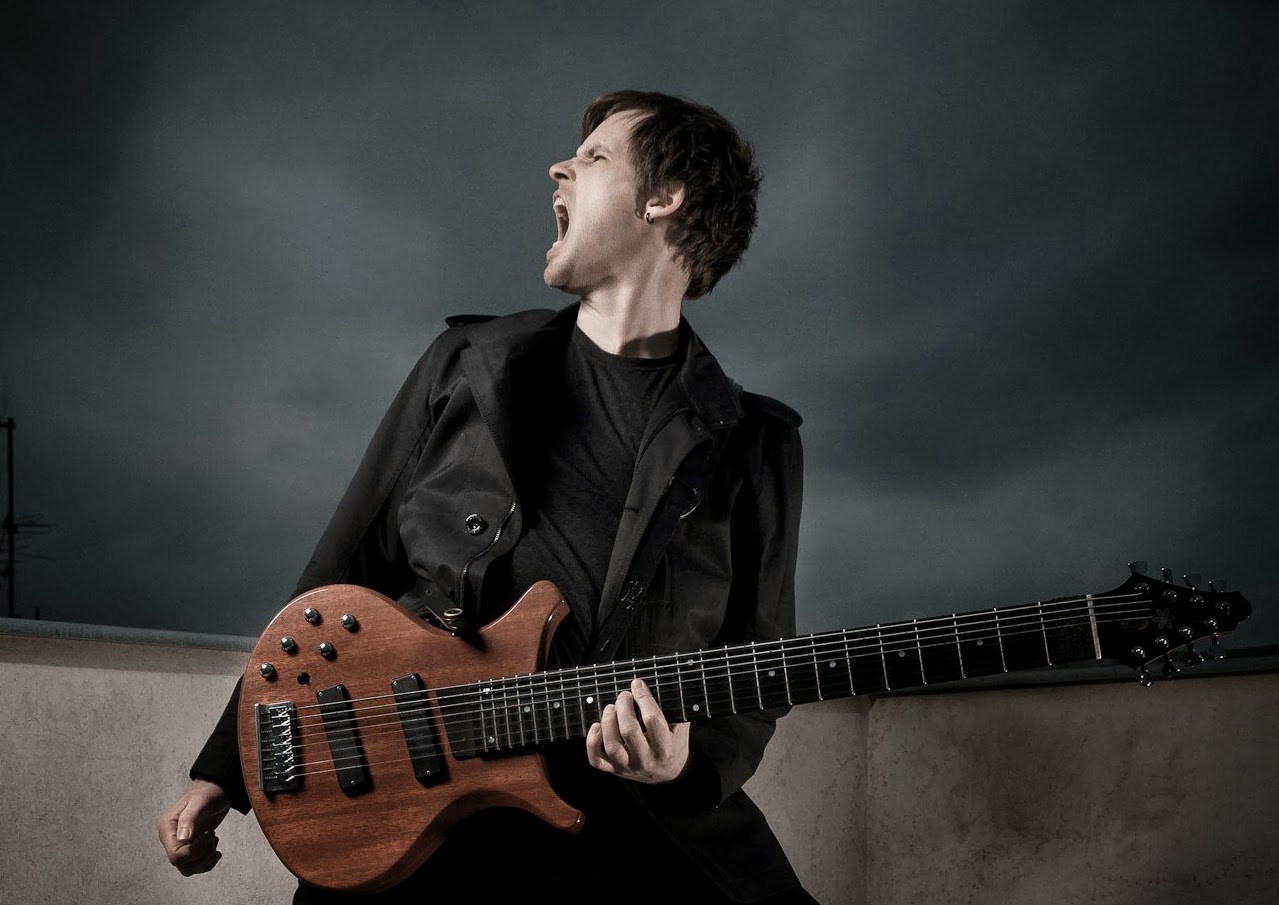 Alexander Paul Dowerk, was born on 22.03.1983 in Kaiserslautern, Germany.
He came in contact with music quite early, with 7 years of age he started to play the piano. At the age of 11 he discovered heavy metal and started to play Electric Guitar. He had his first bands and performances with 16 years of age, starting with Crossover and Hardcore Groups and moving slowly towards more progressive music. During his mainly selftaught musical education, he build a rich vocabulary of various styles such as metal, jazz, minimal music, electronica, avant-garde, diverse folk and world music. 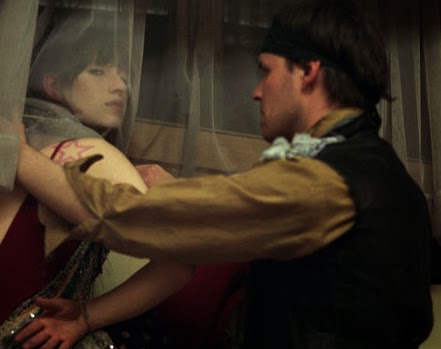 In 2006 he released his first self-produced demo-album, Head From Behind - Inside Head. It features a amalgamation of electronic beats and organic guitarsounds. Furthermore, he discovered the Touch guitar, which changed his musical world. Since 2007, the Touch guitar is his main instrument, he learned from Markus Reuter, Kuno Wagner, listening and playing.

Since 2009, he is a member of the "Touch Guitar Circle" led by Markus Reuter.
In 2010 he explored the free improvisation scene in Berlin, playing with musicians such as Frank Paul Schubert, Thomas Helton and Klaus Kürvers. Furthermore he performed at the "international documentation film festival" in Kassel with clarinetist Jaime McGill  and at the Berlin Fashion week with Erna's War, a dark pop project with singer Carolin Langner.

2011 saw the beginning of new projects and collaborations like "Untight" with centrozoon members Tobias Reber and Bernhard Wöstheinrich or guest appearances on Adrian Benavides solo album. Untight released "Live at Theaterkappelle", a recording of their first performance as a  Trio, featuring 40mins of free improvised music.2012 ZweiTon "Form" is released after 3 years of work. Although it's the end and conclusion of 10 years of work with drummer Alexis Paulus, it marks a new beginning for Alexander. "Form" unites his influences of modern progressive metal, minimal music and IDM into an unique, genre-transcending musical vision.

In 2013 he was heavily involved in the production of Blast Unicorn's album "Van Halo", while also contributing touch guitar playing and/or compositional work to artists like Specimen 13 and Troy Jones. ZweiTon continues to evolve with a new live lineup, and preparations and recordings for an Erna's War album are being made.

Which sound is your favourite?

My favourite sounds are the ones I haven't heard yet. There's nothing more exciting to me than discovering new things. If I had to pick one, it would be a heavily distorted guitar playing an open chord.

I love the guitar, and especially my U8 touch guitar, because it's such a versatile instrument. It allows for an endless range of moods and sounds, plus it looks and feels very cool.

The benefits are that anyone can produce their own music and —with practice—produce a professional-sounding product. The biggest challenge is that the flood of new releases has oversaturated the market: I don't know if anyone really needs new music at this point. So, as an artist, I'm prepared to work just for my own pleasure. Maybe some people will share my vision and like my work.

ZweiTon - Form was a really important step for me. It was the first work that fit my vision in terms of production, sound and composition.

Technique enables musicians to concentrate on the music and frees them of mental and physical limitations.
Sometimes technique can also inspire new music, opening a new path.

“Without music, life would be an error?” - Friedrich Nietzsche

Definitely, but on the other hand I don't think life would be possible without music or some other sort of organised sound. Whenever someone tells me that odd meters are unnatural, I point them towards the rhythm of the day, the seasons or our own body. Everything has certain cycles and 4/4 is rather rare.

A good guitar resonates with your mind and body. It enables you to reach points that you couldn't reach before. Playing a good guitar is effortless; a bad one needs lots of work to make it sound right.

Talk me about the Touchstyle?

It's my preferred way of playing, although I also use other techniques to accomplish my aims. I like to create musical parts with interlocking rhythmical and melodical layers. Often it starts with some bassnotes and small bits of melody on top that finally merge together and form a whole new integrated idea.

I am actually not a huge fan of the idea of playing seperate guitar and bass parts at the same time, replacing a bass and guitar player. I think that this approach limited the evolution of the touch guitar for quite some time. I rather see the instrument as one extended guitar and also the two hands working as one. This means to let go of the idea of positions and use whatever finger is necessary at a specific time, allowing both hands to cover the whole fretboard.

For more info on learning the technique I like to point you to the work of the Touch Guitar Circle (http://www.touchguitarcircle.com/) and the teachings of Markus Reuter.

That changes with every song, album or project I work on. Actually, I'm always shifting the order of my pedals, or erasing and reprogramming presets. Sometimes I restrict myself from using the same setup, which forces me to find other ways to get the sound I want. Something I’m always looking for, however, is ways of giving my tone even more emotional depth and sonic richness.

Well, I use extended techniques to accomplish specific aims in a musical context.

Besides tapping, plucking and picking, I use my fingers, hands and an ebow in various ways to produce noise and sounds. I never got into really preparing the strings or instrument though.

Blast Unicorn, my band with Tobias Reber, is just about to release its new album, Van Halo. It pushes a lot of boundaries, and I’m really looking forward to showing it to the public soon. Besides that, I'm working on a new ZweiTon record, Gestalt, which will further refine the music presented on Form, and will feature me doing vocals in German as well as on touch guitar. I hope to start performing ZweiTon material with my new live band in 2014. We've been working on it for quite some time, but there's still a lot of work to do. I'm also in the middle of producing Erna's War, a collection of dark ambient pop songs with singer Carolin Langner that will be my most accessible album yet. 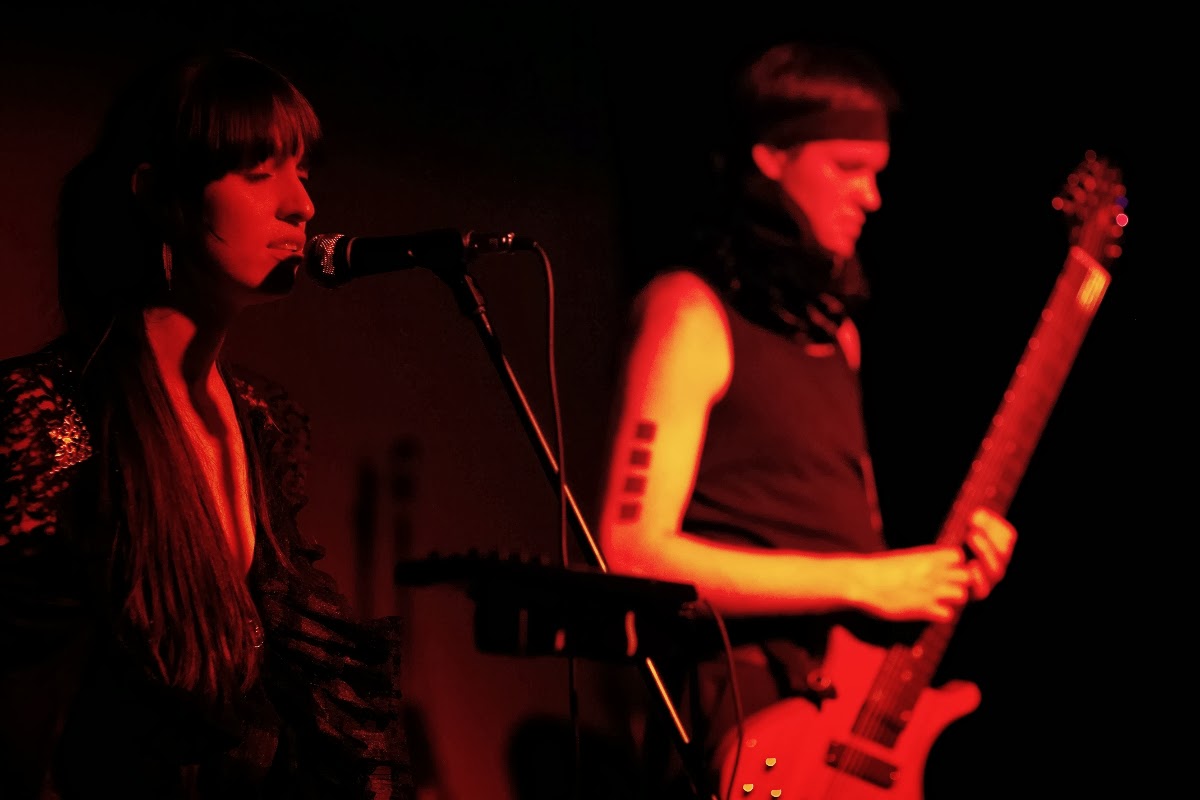