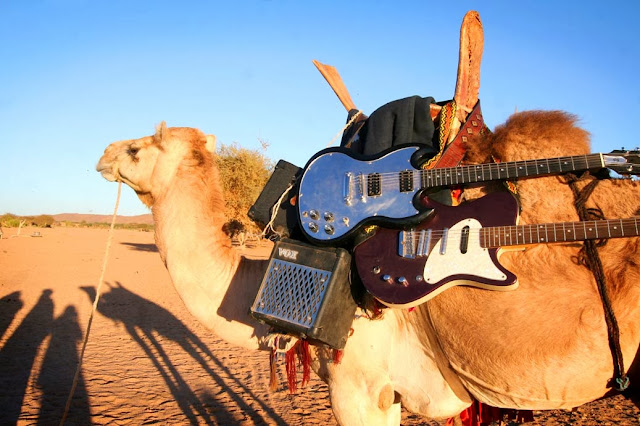 My name is Ian Nagoski. I live in Baltimore, Maryland. I'm a producer of 78rpm reissues, a musician a writer, and a researcher. Last summer I released a 3CD set on the Tompkins Square label called To What Strange Place: The Music of the Ottoman-American Diaspora. I have a small LP label called Canary, which is manufactured and distributed by Mississippi Records.

I had mixed feelings about uploading this collection of mid-/late-20th century recordings of African guitar and string music from ethnographic and commercial LPs that I made as an in-house mix-tape for my record store and in direct response to what was, essentially, a fun private-press LP mixtape collection, Mississippi Records' Lipi Kodi Ya City Coucil. For better or worse, it has outsold every other Canary release on Bandcamp by nearly twice as many as the 2nd best seller. It's a great, little collection, but it's incredibly slight work... Whadday-whaddaya...

Compiled in 2007 as a direct response to Mississippi Records collection Lipi Kodiya City Council, using many of the same source LPs, most of them serious ethnographic work released in Europe and the U.S. (Some songs later wound up on Mississippi's Africa Guitar box set.) Originally issued as a CDR through the True Vine and Weirdo Record shops. Sound restoration in 2013.
Publicado por Miguel Copon en 3:58 PM