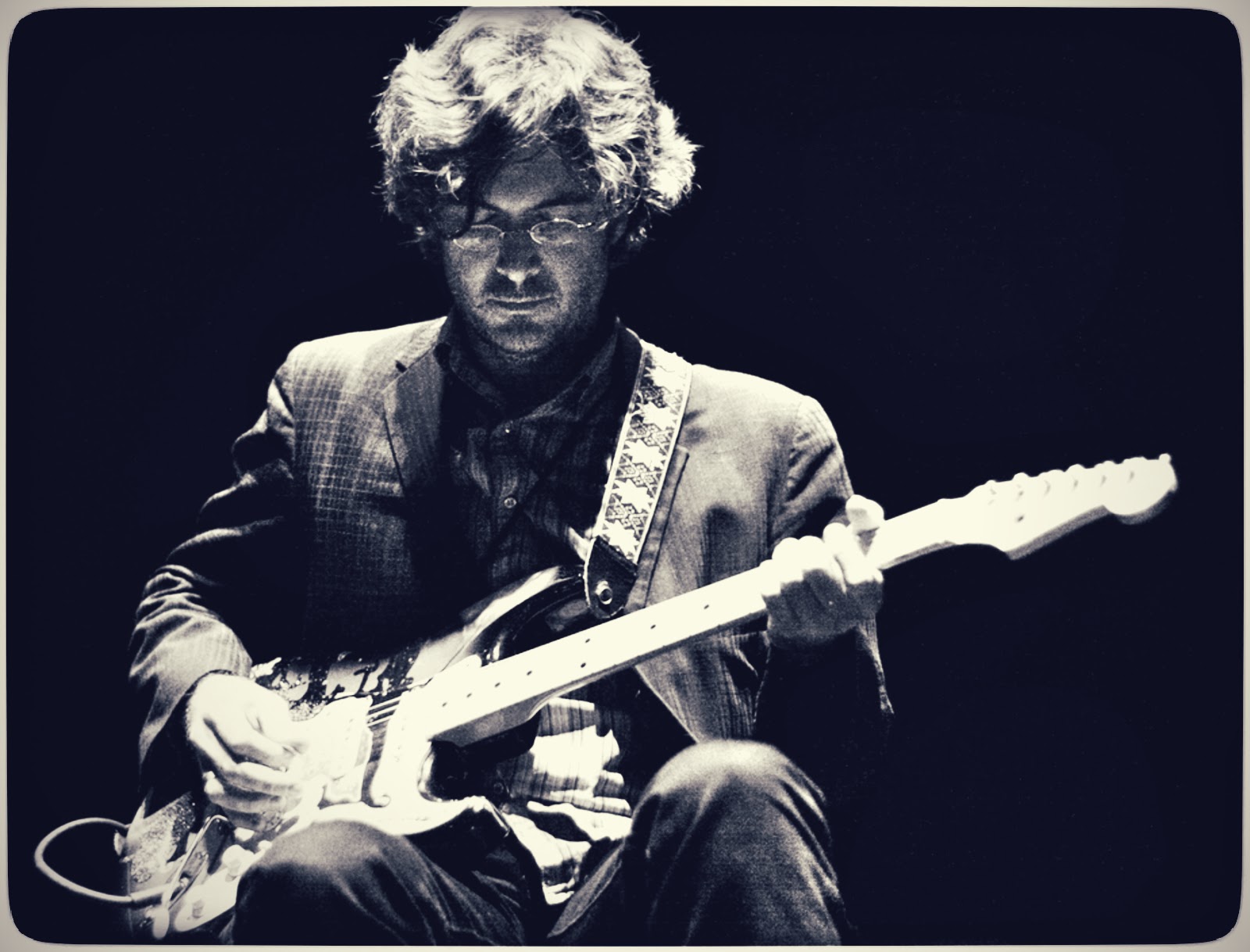 Chris Forsyth is a lauded guitarist and composer whose work assimilates art-rock textures with vernacular American influences. Long active in underground circles, he has recently reinvented himself as a band leader with The Solar Motel Band and released a string of acclaimed records of widescreen guitar rock under his own name including 2011's Paranoid Cat (Family Vineyard) and 2012's Kenzo Deluxe(Northern Spy) that he deems Cosmic Americana. 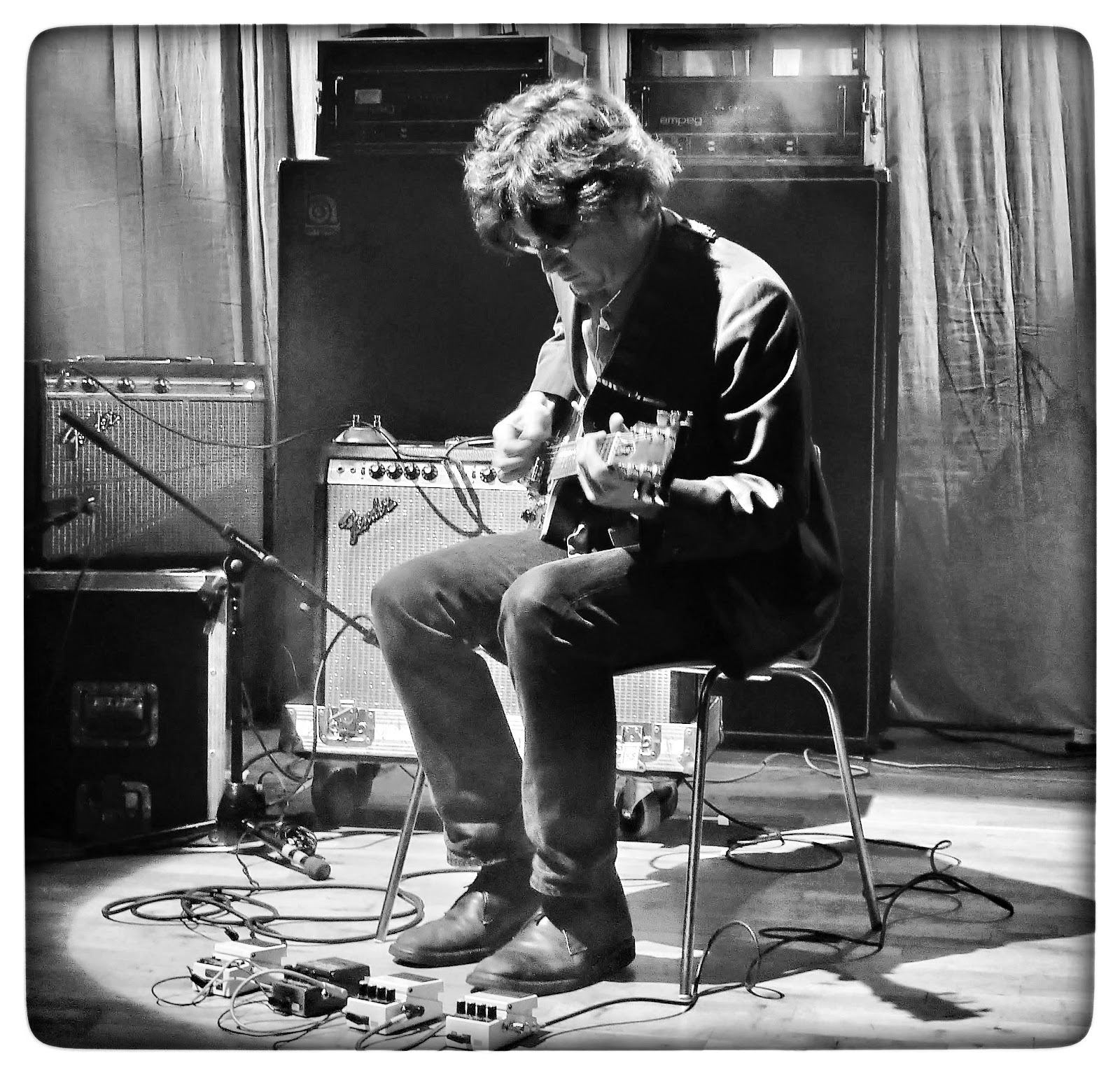 Prior to his relocation to Philadelphia in 2009, he was a member of Brooklyn-based gothic junk folk expressionists Peeesseye. He’s also collaborated with a diverse range of artists including singer/songwriter Meg Baird (appearing on her 2011 Drag City release Seasons on Earth), Japanese guitarist/boogie master Tetuzi Akiyama, trumpeter Nate Wooley, and choreographers Miguel Gutierrez, RoseAnne Spradlin, and Meg Foley and is a recipient of a 2011 Pew Fellowship in the Arts. 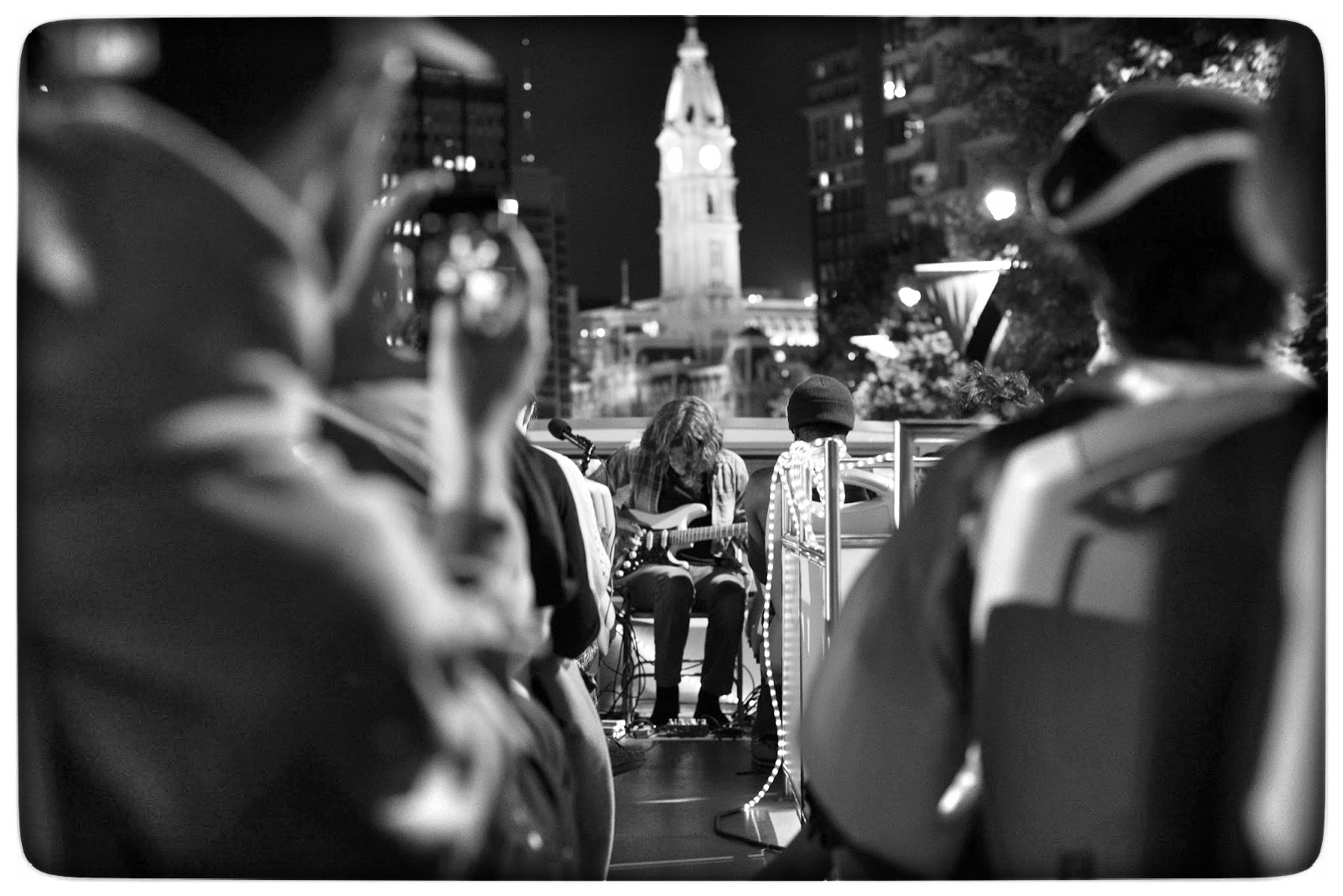 "Existing somewhere between ambient guitar excess and classic rock boogie, the four-part suite moves with an elegant ferocity. Droning riffs build slowly into full-tilt shred-storms as organs pierce and the rhythm section rumbles. It falls comfortably within rock ‘n’ roll’s most accepted territories, but it pushes at the boundaries, delighting in giving familiar sounds a new purpose. Put simply, it feels like a classic." - Blurt 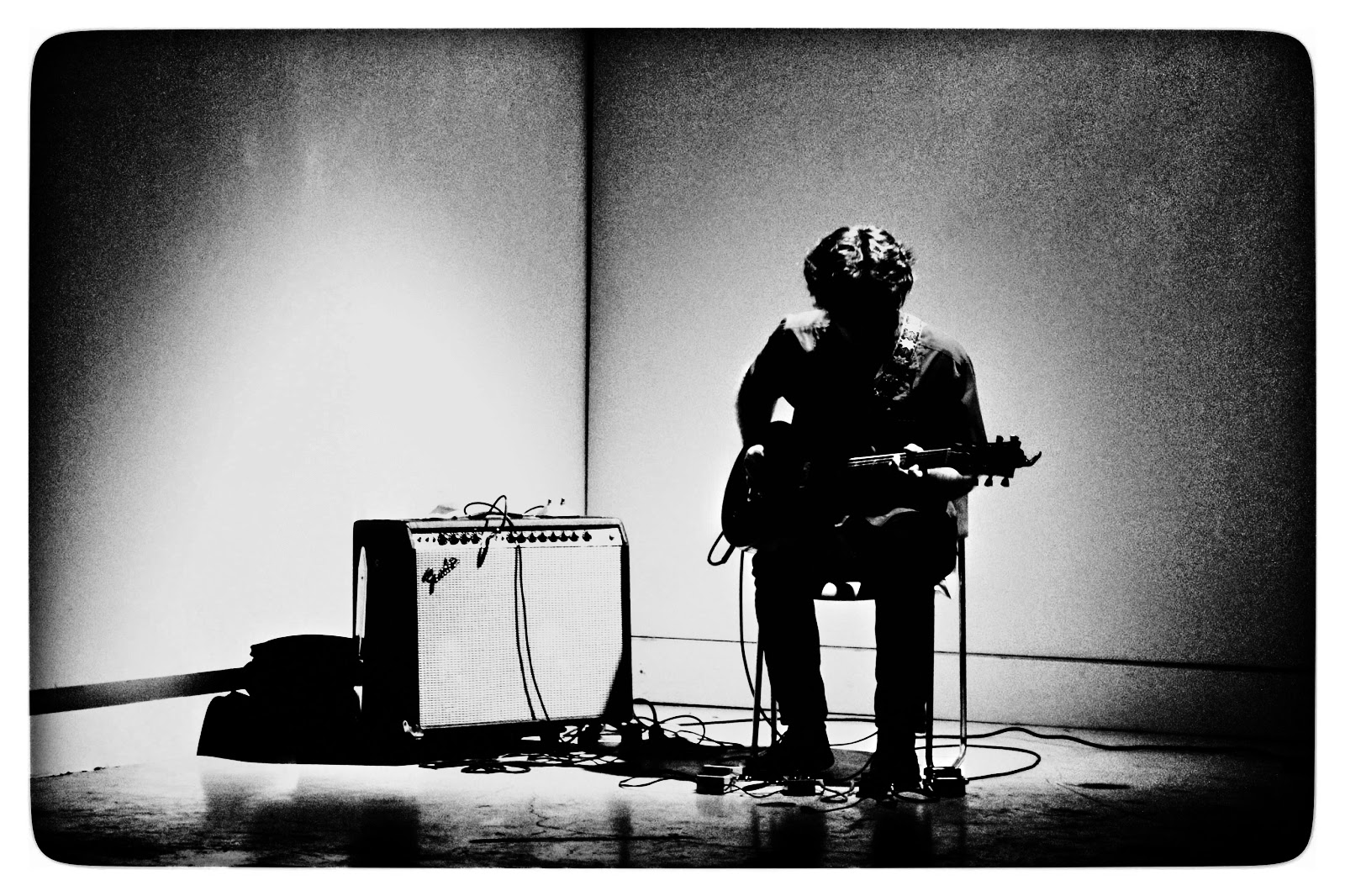 When I was young, I learned by copying by rote, learning patterns and chords, and making things up, but I didnt really understand how music works in any fundamental way until I studied with Richard Lloyd in the late 90s.  The process is ongoing.

From what I remember, I enjoyed them both, but I suppose I know better what I'm doing now.  I still try to maintain a space where unplanned surprises can happen in the studio, though.

I wanted, from a very young age, for the opening riff in "Jumping Jack Flash" to go on forever.


Can't say that I dream about music a lot.


Recorded at the XPN Performance Studio on August 22nd, 2013 by James Clark Conner and Eric Sanderson. Mixed in Pennsylvania.

I guess by whatever I'm working on at the moment.  Maybe the last live gig that I did.


What's the importance of technique in art, in your opinion?


Purely a means to an end.

Gary Smith once reminded me that an audience always needs more time to process what you're playing, especially in an solo situation, so it's important to take one's time and try to plan a few moves ahead when you're playing.  The audience is always catching up.

My favorite guitar is a Strat clone made by Rick Kelly in NYC.  He makes better Fenders than Fender has for a long time.  I prefer tube amps.

My main focus for the past year or so has been working with the Solar Motel Band, which is myself with Paul Sukeena (guitar), Peter Kerlin (bass guitar), and Steven Urgo (drums).  We're doing a 9-date tour in the US in July.  And we have a record coming out in October credited to Chris Forsyth & the Solar Motel Band.  It's titled Intensity Ghost.  We'll be touring behind that record as well.  A live cassette of solo pieces called Soft Paranoid Solar Run Down will be released by Lightning Records sometime later this year.  On the less lyrical /more explicitly abstract side of things, I have a duo LP with Nate Wooley coming out later this year as well.  No title yet. I'm also going back into the studio with Koen Holtkamp to work on a new record. 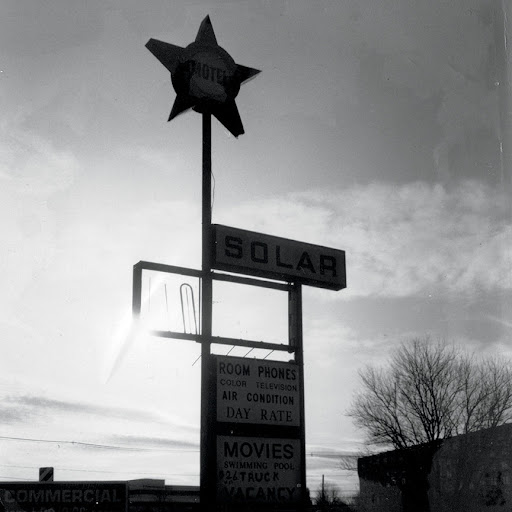 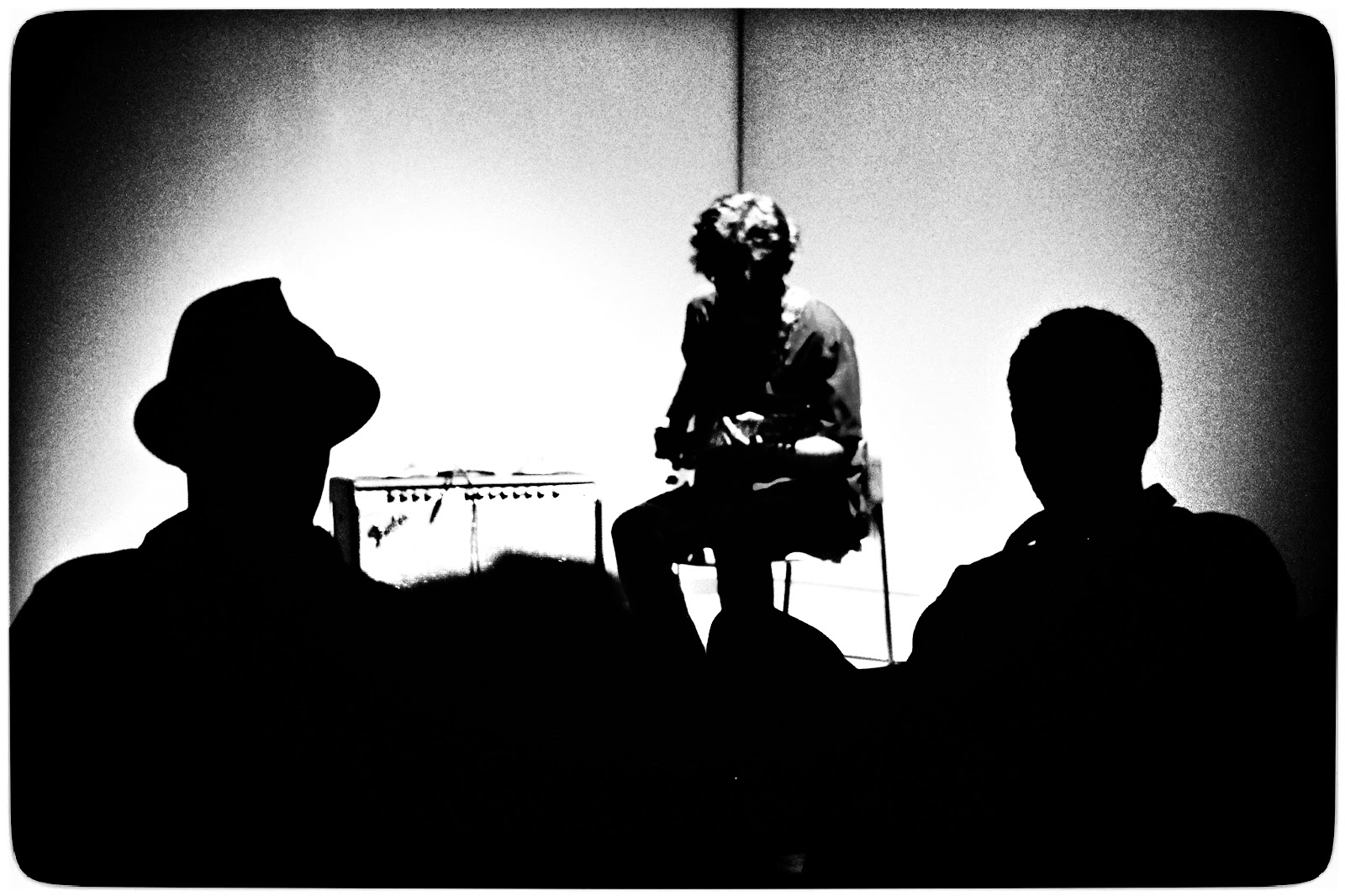