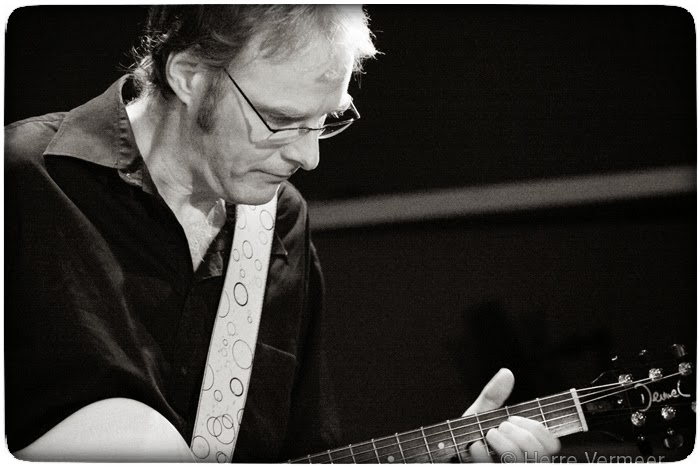 Since his debut solo release for the veteran German avantgarde label FMP in 1981 Andreas Willers has gained a reputation as an exceptional guitar player with an atypically rich stylistic background.  The impressive technical and tonal options at his disposal are carried by a great feeling for form and emotional power. He has worked with Paul Bley, Louis Sclavis a.m.m. and can be heard on more than 35 albums for labels such as Leo and Enja, performed worldwide, taught guitar, wrote articles and reviews and continues to work on different forms of improvised and composed music. Willers started out as a blues- and avantgarde guitarist, first outing in 81 on the FMP label (Hier & Als Auch, solo guitar). He studied electric guitar and composition in Los Angeles, Hamburg and Banff (Canada). 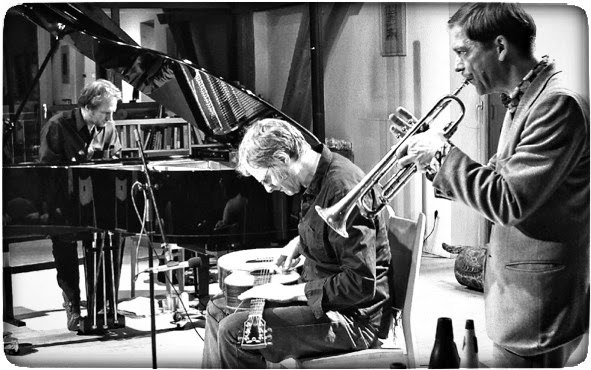 It sounds to me that Mr. Willers is a master of manipulation as he selects the sounds or textures that consistently evoke images or provoke ideas. 'Drowning Migrant' is the most successful experimental solo guitar(s) offering I've heard in recent memory. 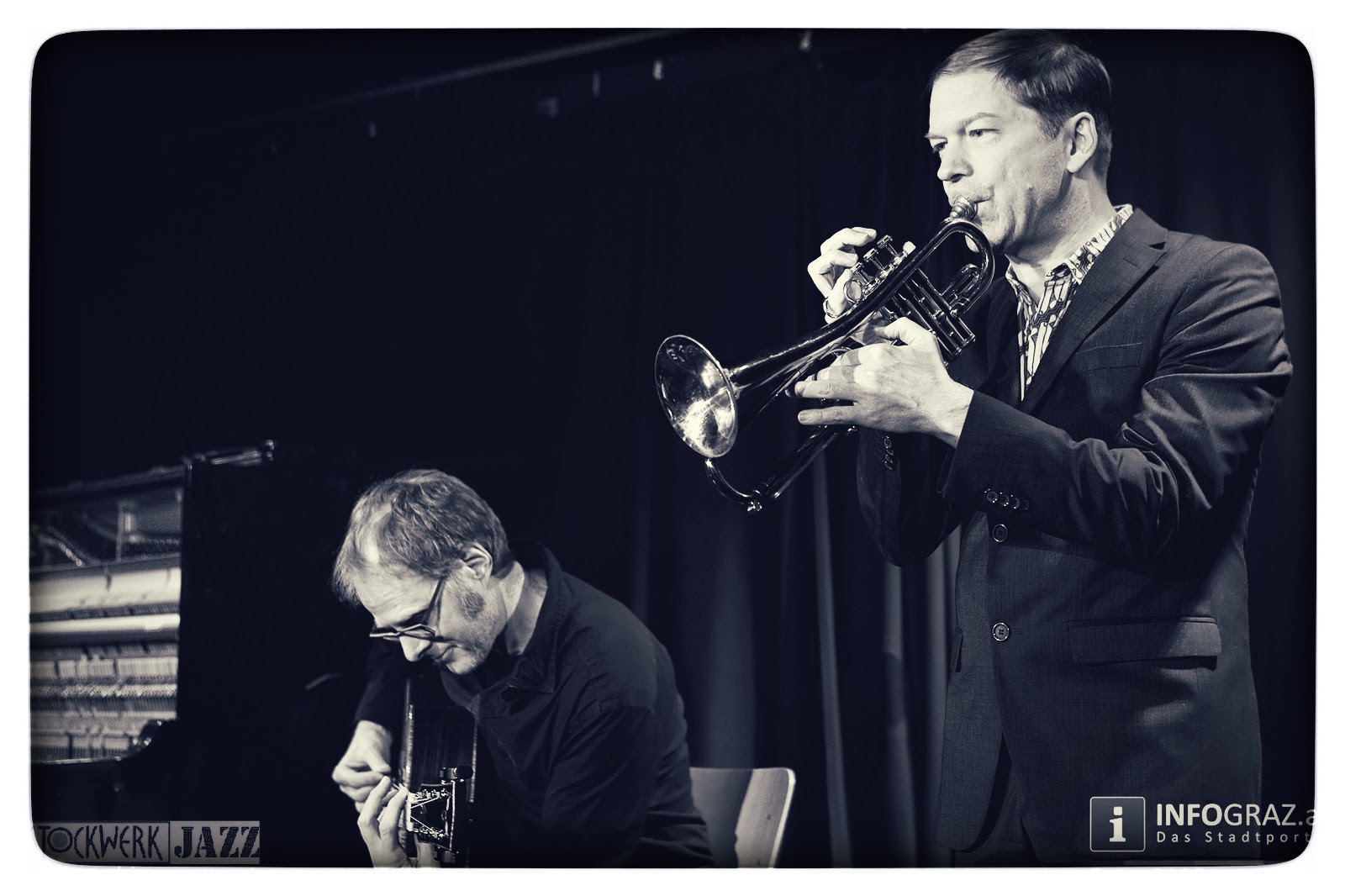 Hm, the single 'Ape Man' by the Kinks, must have been 1970. But that was no special moment since I was quite well supplied by my older cousin and older brother with late Beatles, Who and (mostly British) Bluesrock. Also public radio in Germany did a fairly good job in providing the basic nutrition of classical, baroque and also jazz besides airing easy listening and schlager. The period between 64 and 74 was quite a time of cultural growth, a lot of people were curious and wanted to learn about obscure stuff like American folk blues, Indian raga, people like Stockhausen or Schlippenbach. The first steps for me from Pop/Bluesrock came through British bands like Colosseum, Gentle Giant and Soft Machine. 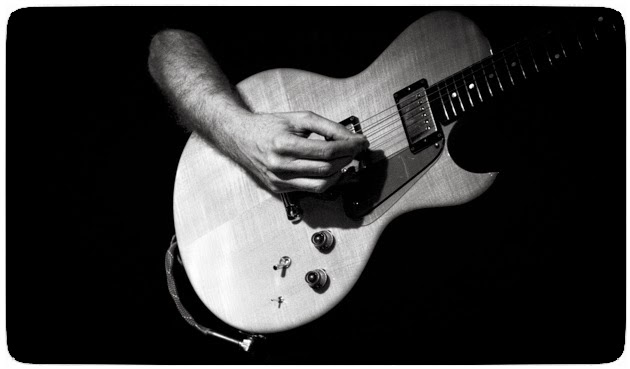 Moving ahead from Hendrix' live set at Woodstock to Miles 'Live Evil' or late Coltrane was almost natural, from there to Albert Ayler and Derek Bailey a must. In 1975 I felt quite fortunate to pick up a copy of 'Gateway' with John Abercrombie, Dave Holland and Jack deJohnette by chance, John balances so nicely between Jim Hall and Jimi Hendrix-type playing on that one. Along with that yellow 'Circle' live album (Braxton, Corea, Holland, Altschul) it saved me from a lot of funk and fusion stuff I guess. These days I listen a lot to the CD's I exchange when meeting fellow musicians. I like the little ritual of exchanging CD's, like football players with their shirts after a match.

I'd be curious to ask John Scofield about Alvin Lee of 'Ten Years After'. TYA was plain 'young white dudes' bluesrock with sometimes questionable songwriting and vocals but there was a lot of improvisation going on and while at times repetitive and noodly Alvin seems to have been a natural explorer of a bluesy jazz phrasing with an overdriven amp tone early on. I wonder if John ever checked him out, maybe that solo over a modal swing section they jump into on track one of the 'Recorded Live' album? I first heard John on Charles Mingus' 'Three Or Four Shades Of Blues' where also Larry Coryell and Phillipe Catherine were plucking away on their Ovations but John stepped up and just sounded - awesome, irresistible! Jazz guitar had come full circle. I didn't see the connection then, but both of them played a red Gibson 335, so who knows?

I used an old Gibson 335, a sunburst one, for decades and now have a custom made semi-solid by Frank Deimel here from Berlin, also some other guitars like a James Goodall acoustic, a banjo from the 20's etc. I do favour older, straight ahead tube amps and have quite a collection of effects, some of them homemade or self-modified. Like most everybody I sold all of my rackgear from the 90's, but still use the Gibson Echoplex Digital looper a lot. I always try to keep my ever changing pedalboard small enough for easy travelling - which is also a good way to avoid getting lost in too many options and staying true to a woody tube-amp-reacting-to-guitar-input base tone. I do like to prepare my guitar with stuff and am especially fond of two little tools I inherited from my mother and my father respectively. It's great to have a little totem of each of them with me, since they are both gone.

I have a hard time listening back to my own albums. There is a lot to be sonsidered before a release, the mix, sequencing, selecting takes etc. so when the CD is out I put it on maybe once and then tend not to listen back for at least one year. After that I usually don't like the record much and think 'uh, we should've left out this tune, chosen that order etc.' and that impression might stay. Seems I'm just too close to the matter. Recently though I have been listening to some of my stuff from the 80's and enjoyed the fact that it seems to have aged well enough. If I were to pick one good example from each decade from my ca. 40 releases I'd limit it down to possibly 'Rava/Ullmann/Willers/Lillich/Schäuble' (Nabel Records), 'Andreas Willers Octet / The Ground Music' (Enja Records), 'Tin Drum Stories' (between the lines) and one of the recent live recordings by 'Grid Mesh' (Leo Records) or 'AAA' (Creative Sources Records).

My friend and fellow guitarist Michael Rodach sometimes says that music is applied philosophy - a nice thought. Anyway, like probably all musicians I feel that music is surrounding me like air and that it is almost as indispensable for survival. There is always sound around - and in our heads.

The musical soft skills: a good ear, great timing, awareness of instrumental tone and overall sound, interaction and the intuitive ability to balance cooperative team playing with that extra little kick of 'criminal engery' and inspiration. This is not limited to a genre, era or style of music.

When I'm playing the guitar by myself I am merely practising, trying out things, maybe experimenting. I never know how to go about rehearsing for solo performances because without the audience the music doesn't work, esp. the improv stuff. So I do enjoy solo work but being in a band is more easy going, especially on tour. On the other hand I feel there is absolutely no room for experimentation on stage, be it with the music or with any kind of gear one might bring to the gig. Experimentation has to happen beforehand.

I'm just as clueless as everyone I speak to. Looks like the CD is going to stay with us for some more months. In the future we need a transparent and fair solution for any kind of download/streaming tool people might come up with, especially with regard to the independent non-mainstream artists.

Generally I'm more into 'finding' than into 'searching', following basic intuition. Also I've been around for a while and am pretty content with my pallette of artistic expression. I particularily enjoy creating harmonic structures with and without the addition of noise in an improvised ensemble setting, something that works exceptionally well (but not exclusively) in a purely acoustic setting.

I recorded two albums that have a connection to literature: 'Tin Drum Stories' was partially inspired by Günter Grass' novel 'Die Blechtrommel', and 'Montauk' by the book of the same name by Max Frisch. I think all arts aim at the same things, the celebration of life and the search for insight and human growth, but on different levels. While I admire all of these forms of course I like music best to make that trip. 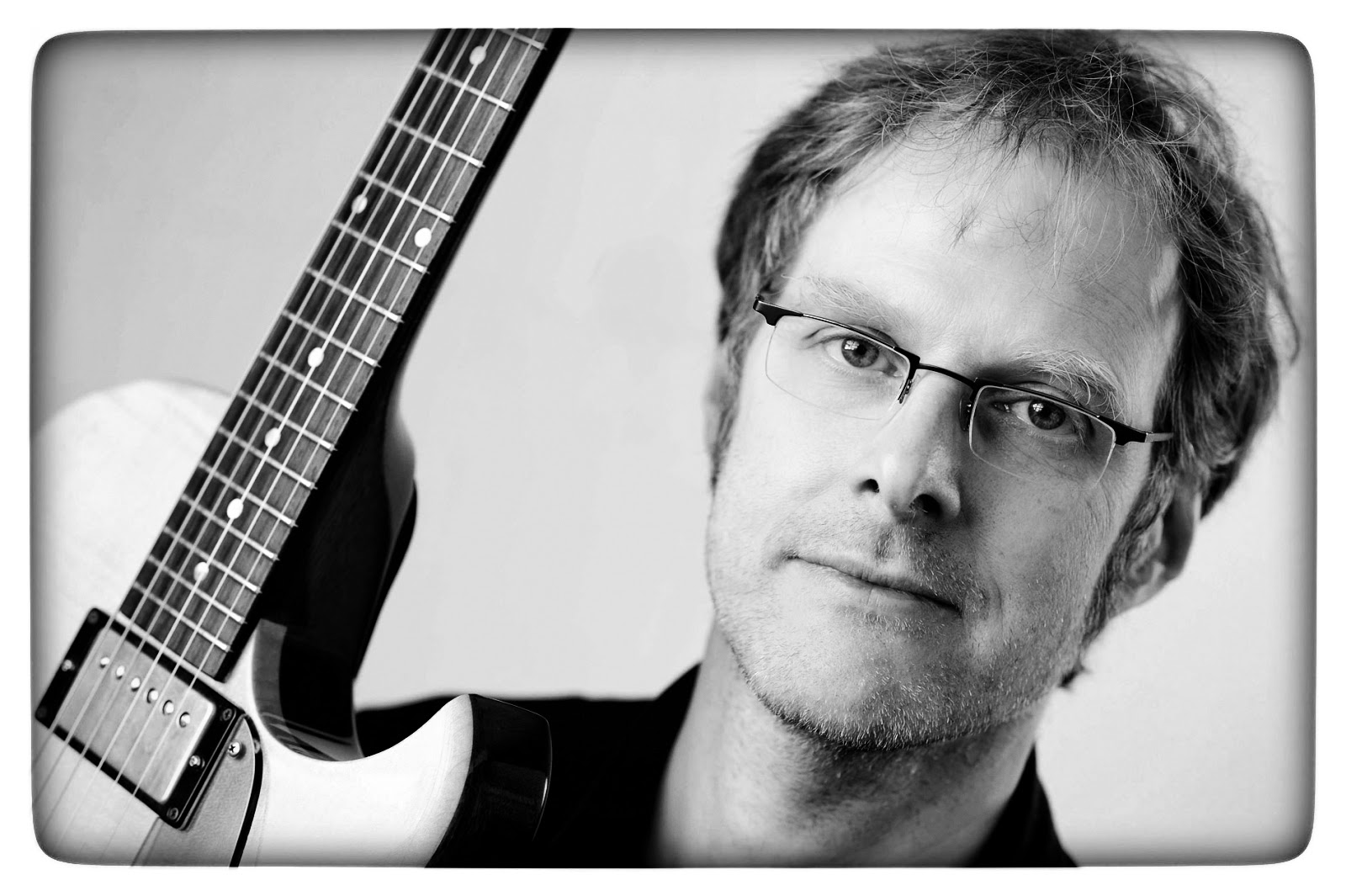 What I learned from working with experienced players like Paul Bley and Louis Sclavis is staying relaxed and confident as a human being while being religiously focussed when it's about the music, the essence, the real thing. I don't believe that pressure or angst helps making good music. Saxophonist Gordon Brisker, who was my theory teacher at GIT in Los Angeles, financed a demo recording of me playing solo improv guitar when I finished that school, which finally led to my first release on the FMP label in Germany. It wasn't his style of jazz really, having worked with Anita O'Day on Gerry Mulligan, but he must have heard something there that stirred his altruism. He told me: 'Do your thing and be patient, everything else is open to negotiation.'

Igor Stravinski's 'Sacre du Printemps', because it contains the application of odd-meter rock riffs on European orchestra music way before rock was invented. Now that's being ahead of your time. Beethoven seems to have been a rocker too - and a quite stiff one to boot.

I have always fought for the freedom to work in different musical languages. While previously I was concentrating on sanding or grinding down different stilistic elements into a polystilistic musical gestalt, these days it's more about working on different musical projects that are more distinct and less trying to be universal but becoming just that by leaving out ornamentation, reducing idiomatics and getting down to the core of the music. I'll continue to do so, like a novelist choosing to be his/her own translator. 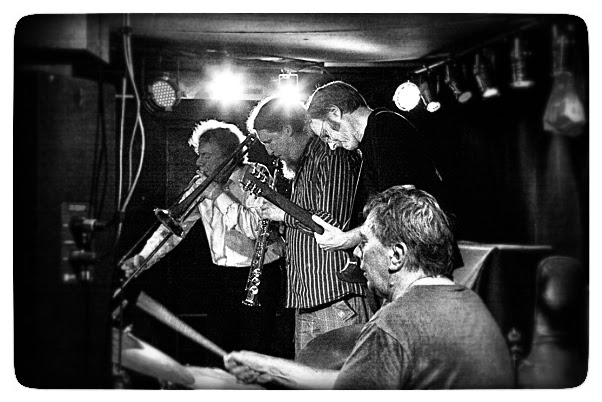 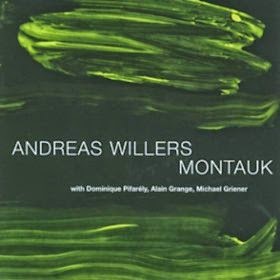 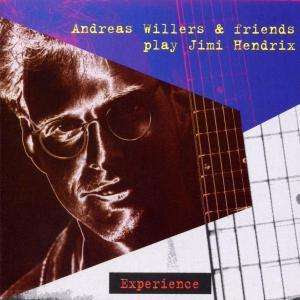 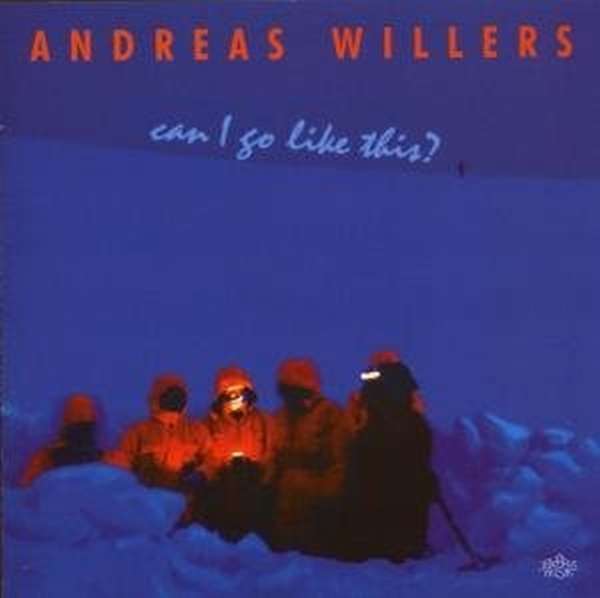 Andreas Willers, Can I Go Like This? solo, JazzHausMusik (D) 1994