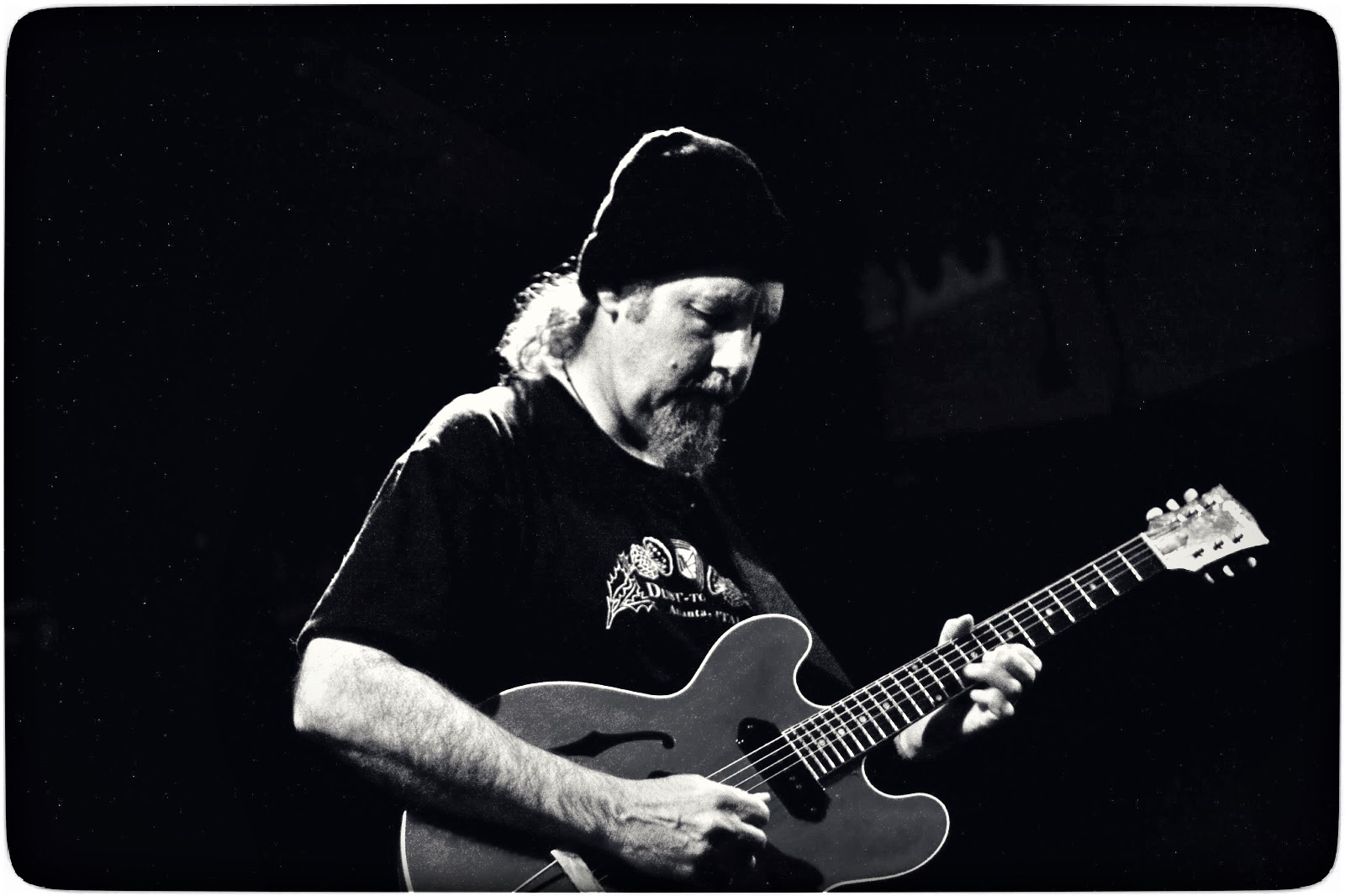 Richard Bishop is an experimental guitarist whose improvisations and compositions often reflect the shadow worlds of India, the Middle East, North Africa, and other points along the Gypsy trail.

Richard is perhaps best known as a founding member (along with brother Alan Bishop) of experimental ethnic-improv pioneers and underground tricksters Sun City Girls, who for nearly 30 years have produced an extensive discography of over 50 full length albums, 20 one-hour cassettes and a dozen 7” records. Sun City Girls formed in 1981 after the Bishop brothers' stint in the group Paris 1942 which also featured J. Akkari and former Velvet Underground drummer Moe Tucker.

He has just released three new records: Hypostasis: A Work in Three Parts (on the VDSQ label as part of their Solo Acoustic LP Series), Road to Siam (a limited Edition 10” on the Unrock label from Germany), and If you Don’t Like It…Don’t! (a split LP with Alvarius B on Three Lobed Records). 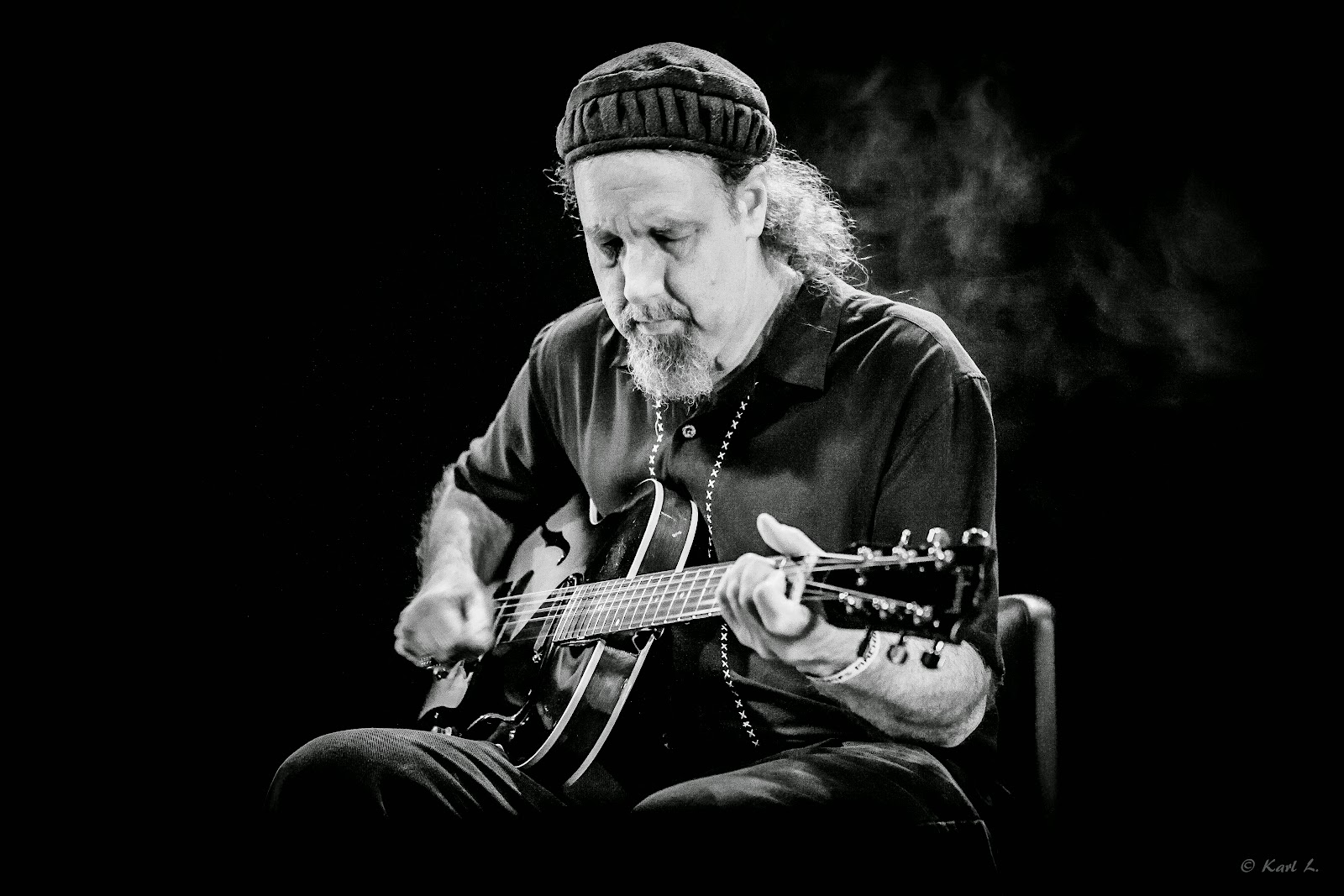 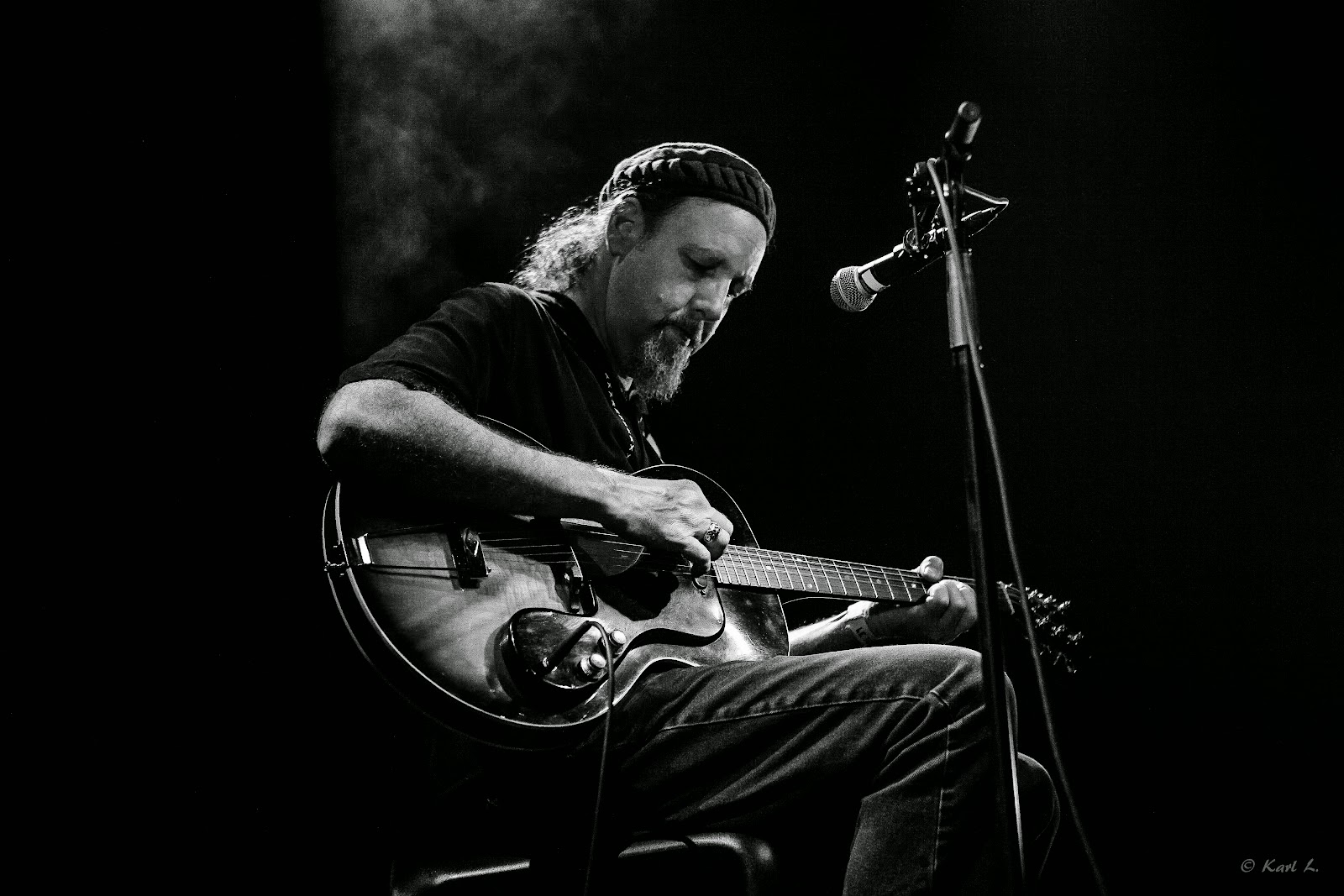 In 2005, Bishop began performing relentlessly as a solo artist, playing throughout Europe, Australia, and the United States.

2006 saw four different SRB projects manifest. Fingering the Devil, which was recorded at an impromptu studio session in London on a day off during the 2005 European tour, was released on LP and CD by Southern Records in the UK. Mostly improvised, It beautifully captures the music Bishop was playing on stage during this time. This was followed by two more releases from Locust: Elektronika Demonika, a record of ear-splitting, creepy electronics, containing no guitar whatsoever; and While My Guitar Violently Bleeds, which is made up of three extended compositions for acoustic and electric guitar. Richard's 30-minute film God Damn Religion, a trance-inducing, relentless barrage of seizure-causing imagery, was unleashed on DVD by Locust on 06/06/06. 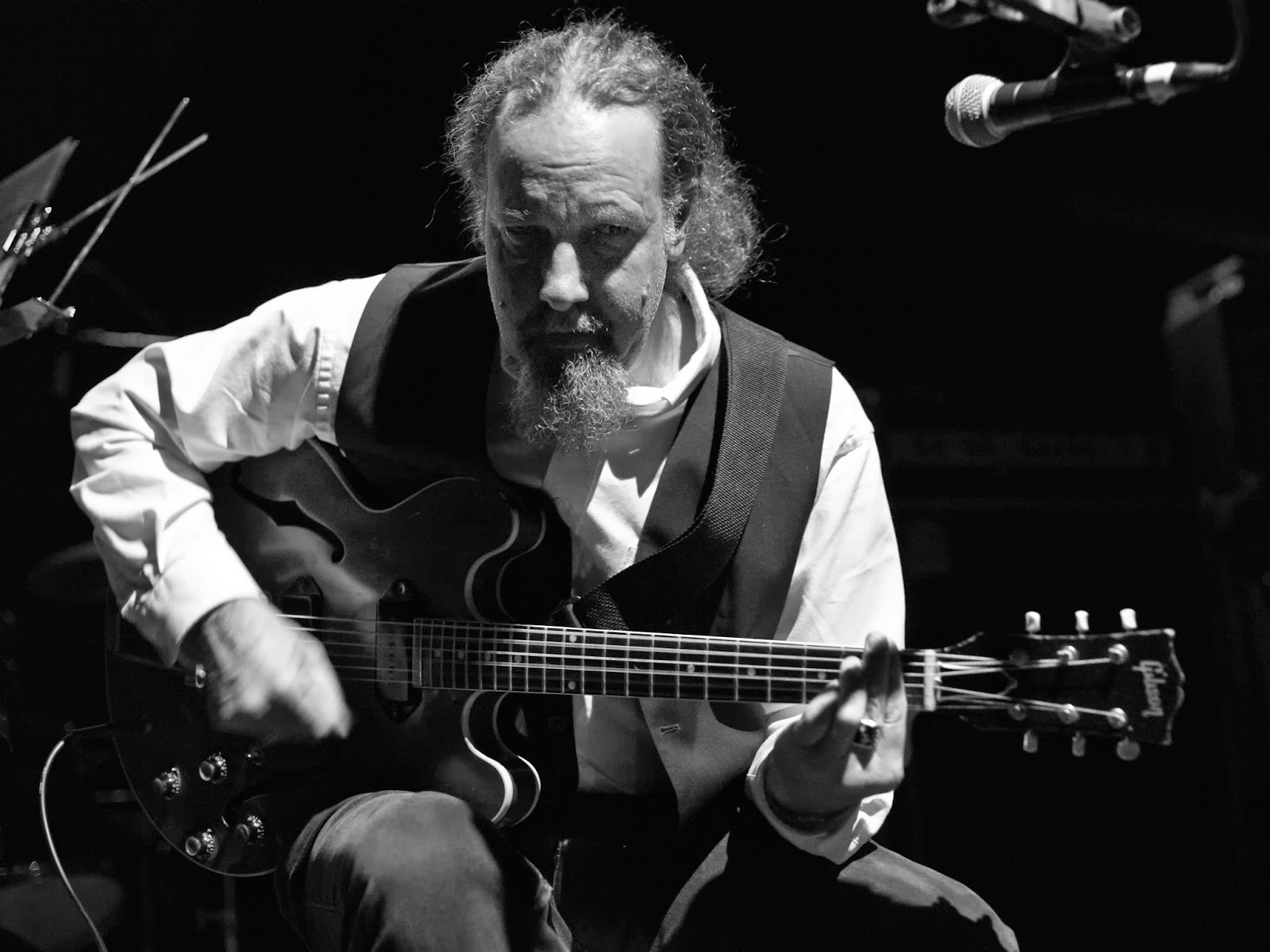 In 2007 the album Polytheistic Fragments was released on the Drag City Label. It includes works for acoustic, electric and lapsteel guitar, plus two piano compositions. Next up was The Freak of Araby (Drag City, 2009). This was the first Sir Richard Bishop album to feature a full band of supporting musicians. The record stands as a heart-felt tribute to late Egyptian guitarist Omar Khorshid as well as to the enduring spirit of Middle Eastern music. Bishop has also released about a dozen home made CDs over the years which were usually made available only during his many tours around the world. 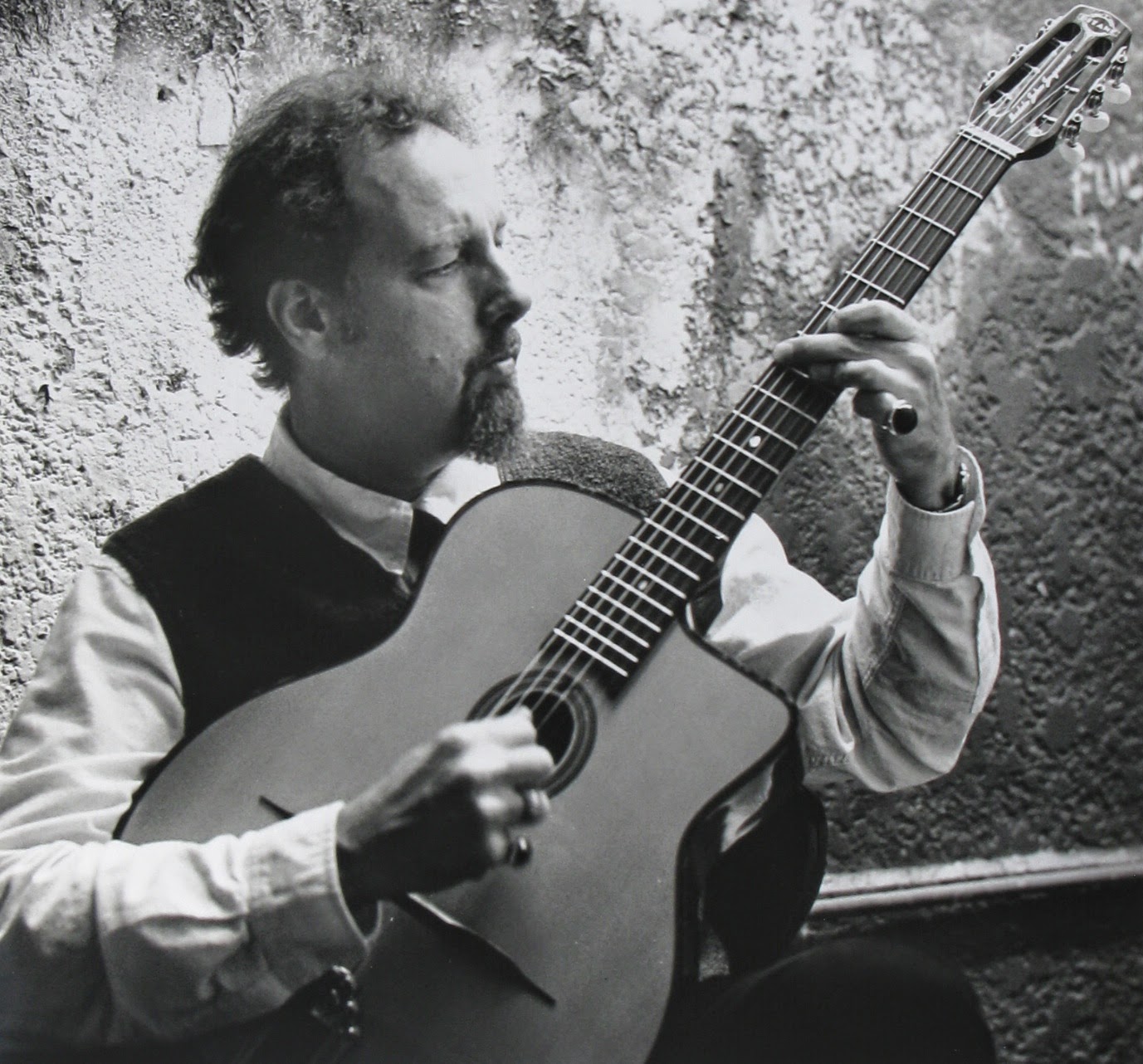 In May of 2010, Drag City released the album False Flag by Rangda, a new group featuring Bishop, Ben Chasny (Six Organs of Admittance, Comets on Fire), and Chris Corsano (Flower-Corsano Duo, Flaherty/Corsano, Jandek, Bjork, etc). In September of 2012, a second Rangda album came into existence, this one entitled Formerly Extinct. 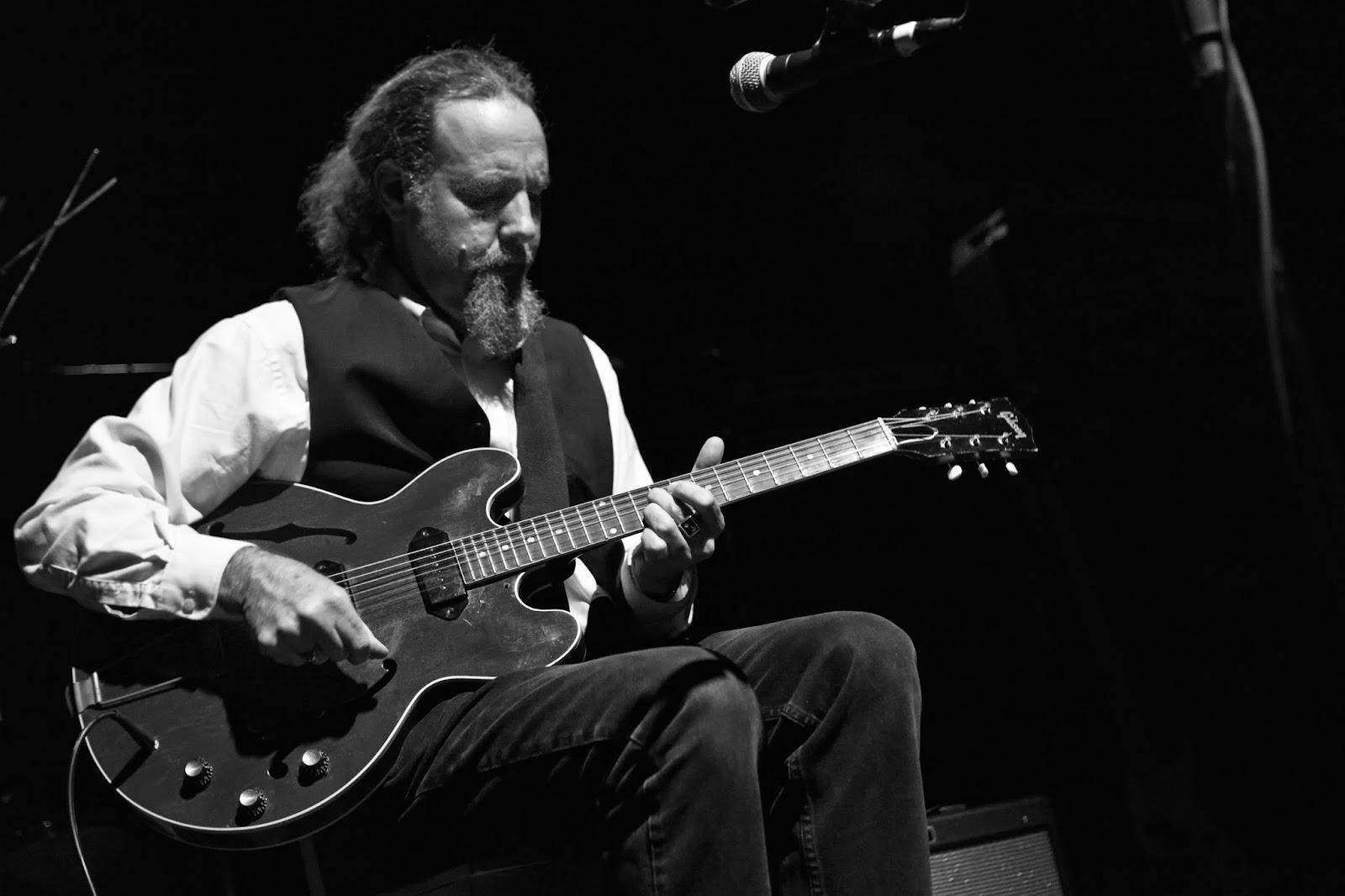 Richard was also a co-founder of the Sublime Frequencies label (with Alan Bishop and Hisham Mayet). The label, whose mission is dedicated to acquiring and releasing obscure sights and sounds from Africa, India, S.E. Asia and beyond, began in 2003 and currently has over 85 releases to its credit. 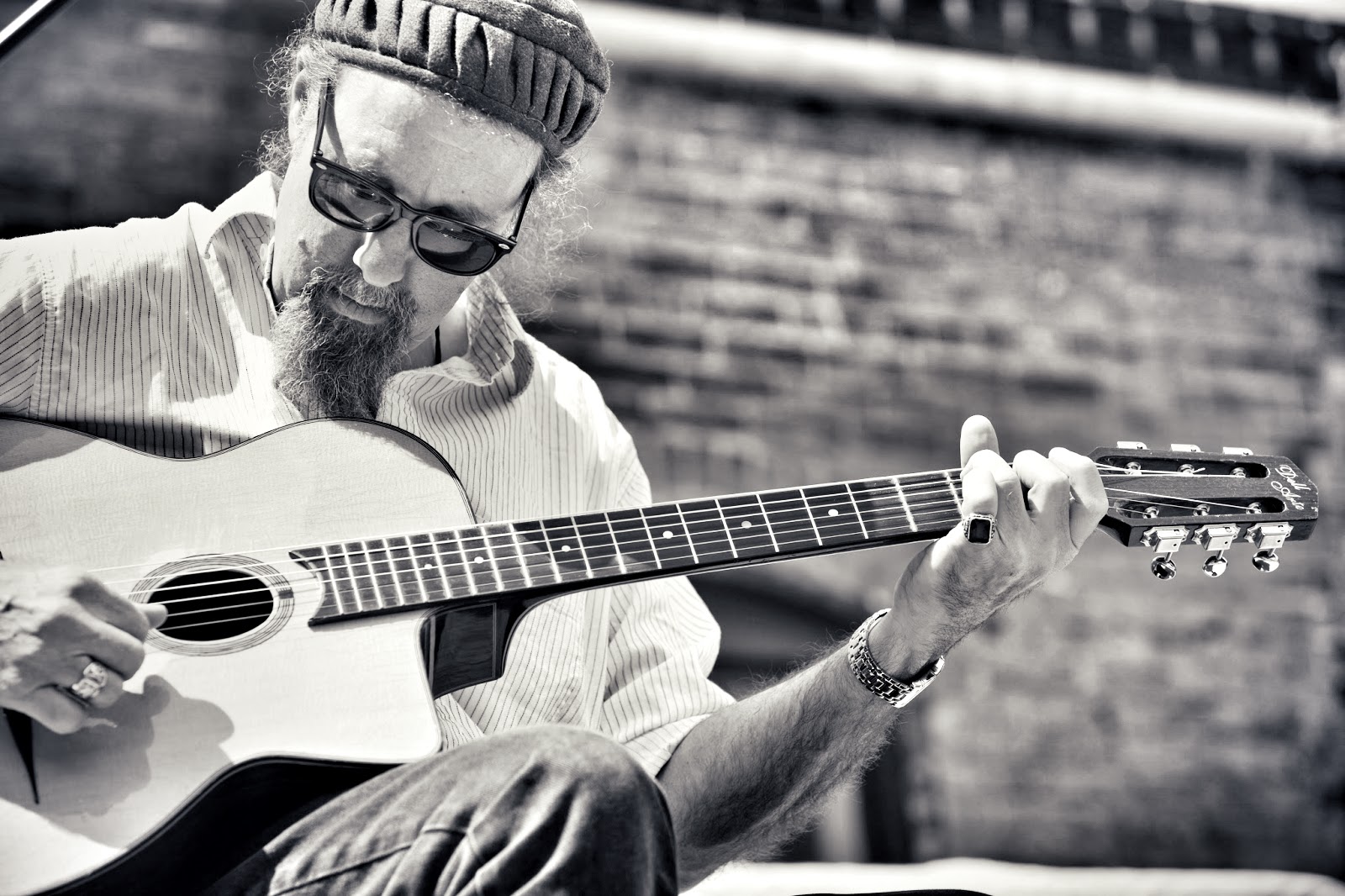 Back in the mid 1970s when I first decided I wanted to pursue the guitar, a friend of mine taught me a few basic chords, mainly so that he could play lead guitar while I played rhythm. That was all the guitar training I had. After that I was able to pick things up by ear pretty well. Since then I don’t recall ever having a specific process other than just picking up the guitar and banging away on it. I’ve never been one to practice anything. It's difficult to practice things which haven't been created yet.


Live in Poland 2014 with Parlor Guitar

My first solo release was somewhat focussed and a fair amount of thought went into it. I don’t do that anymore so my playing has improved tremendously, in fact, the results are astonishing.

I currently own only 4 guitars (how many does one need?) and I use them all. I have two acoustics - a Dell Arte Dark Eyes model which is a Django-styled gypsy guitar and a very old parlor guitar. And there are two electrics - a 1961 Gibson ES-330 and a 1964 Gibson ES-120 T. I go back and forth between using a few effect pedals and no pedals at all. I have a reverb and delay (both by TC Electronics) which I like to use from time to time. I also have been using an Electro-Harmonix Superego pedal recently and I will use a loop pedal when necessary, either a Boss or the newer tiny Ditto loop pedal. But I do like the idea of just using a guitar, like in the days before pedals existed.

None of my recorded works have surprised me. I have, however, surprised myself during live performances when improvising. There are times when something comes out of my guitar that seems sort of ‘impossible’. I often laugh out loud when that happens.

The current state of the world is completely off key - totally out of tune. How’s that?

What is the difference for you between playing alone or in a group? What do you prefer?

With a group you have backup - other players to listen to, to interact with, and to bounce things off of. Playing solo requires more work and responsibility. It can be much more difficult, but it offers more freedom. I enjoy both situations but I prefer to play solo.

Someone once said “shun all advice because other people have no idea what you’re trying to accomplish.” I’m trying to remember who said that….oh wait, it was me!

SAMBHOGAKAYA from Beyond All Defects - SRB & W. David Oliphant

I can’t really cite a specific work but there were a number of artists who, upon first listen, made me think about music differently: Django Reinhardt, Les Paul, Thelonious Monk, Coltrane (mainly his later works), and Captain Beefheart & The Magic Band, to name a few. I was forced to rethink my approach to music and the guitar after hearing these guys.

What's the last guitar you bought?

Last year I was in Geneva, Switzerland and I was looking for a small travel guitar to take to Thailand for a few months. I was hoping to find a Taylor Mini Mahogany model. After visiting a couple of regular Geneva guitar shops, I stumbled into a luthier’s shop that had some regular sized Taylor guitars in the window, plus a number of classical guitars and a guitar harp. I went inside and asked the gentleman if he had the Taylor Mini and he said no. A few minutes later I asked if he had any small guitars and he said no. I thanked him and slowly headed towards the door. As I was opening the door to leave he said, “Well, I do have one.”

Suddenly I felt like I was in a Twilight Zone episode. He indicated that I should follow him back into his workshop. Upon arrival he reached up to a high shelf and brought down this old parlor guitar that he had just finished restoring - a tiny little thing. The only mark it had was a small distribution sticker on the inside which read: C. Bruno, New York. The actual maker of the guitar remains unknown. The man told me he believed it was from the1890s and was all original except for the bridge pins which were old, but not quite as old as everything else. I began to play this guitar and continued to do so for the next hour. It seemed foreign to me, the backside of the neck had a “V” shape to it which I had never run across before, and that took some getting used to. There was something about it, something I couldn’t determine, but the guitar had a strange energy, making me wonder about it’s provenance. I couldn’t put it down. I finally asked him the price and as I expected, it was way more than I could afford. I thanked him again and left and continued my search for the Taylor Mini.

For the next two nights, that damn little parlor guitar haunted me, occupied my waking thoughts, and generally, just fucked with my head ever since I left the store. I went back to play it again a couple of days later. When I walked in, the luthier gave me a crooked smile, as if he was expecting me - I was returning to the Devil’s Den. So again, I played the guitar for about an hour - and again, I couldn’t take my hands off of it. I asked if he could do better on the price. He could not! I left again and returned the next day to put a deposit down on it. I had to have it! Within two days I had it in my possession but it has been possessing me ever since.

The first three records I remember buying with my own money were Billion Dollar Babies by Alice Cooper, Deep Purple’s Made in Japan, and Black Sabbath’s Masters of Reality, all at the same time. I shoplifted quite a few records before that. My brother and I would always go into the Montgomery Wards record department where there were never any employees around. We would grab a bag behind their counter, fill it up and just walk out the door. I remember one extremely productive day where I got the 3 LP set of Yessongs, the White Album, the first Led Zeppelin LP, and a Humble Pie record all in one bag. Karma has caught up with me many times over since then. I can’t remember the last record I bought.

Where are your roots? What are your main influences?

My mother’s side of the family are from Lebanon and at a pretty early age my Grandfather was playing me cassettes of Oum Kalthoum, Farid Al-Atrache, Fairouz, and other Middle Eastern stars of the time. When I got a little older and more interested in music I was basically listening to The Beatles and The Stones and what was then known as FM rock: Led Zeppelin, The Who, Black Sabbath, Alice Cooper, Jimi Hendrix, etc. That also morphed into prog rock like Yes and King Crimson, and then gradually I started listening more to guitarists:  Les Paul,  Django, John McLaughlin, etc. That was a long time ago. Currently I don’t have any specific influences. I now think it’s best to avoid them. This allows me to concentrate more on my own music and gives me more of a chance to develop something unique without copying others, consciously or unconsciously. It doesn’t always work though. I catch myself borrowing an idea on occasion and I have to stop, slap myself upside the head, and start again.

I have no idea. I can’t remember any of my dreams. Sad isn’t it?

I plan on releasing a solo acoustic album utilizing the new parlor guitar with no effects and soon I will be recording again with W. David Oliphant to release a follow up record to Beyond All Defects which we did a couple of years ago. I am also hoping to record another record with Rangda (with Ben Chasny & Chris Corsano) by the end of the year or the beginning of next year. There are other plans as well but those need to remain secret at this point. 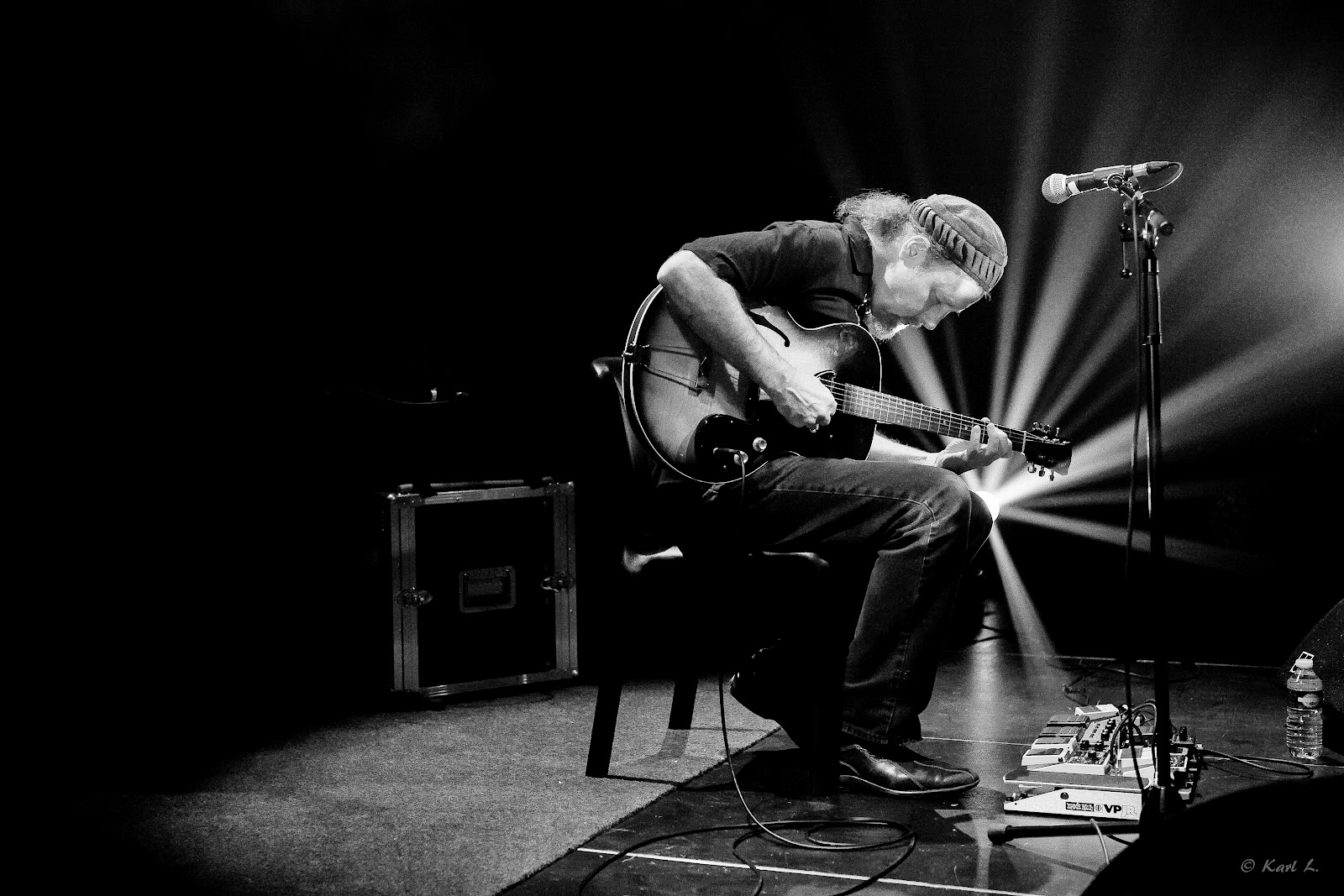 Free Streaming
YOU CAN LISTEN TO ALL OF THE ALBUMS IN THEIR ENTIRETY FOR FREE!