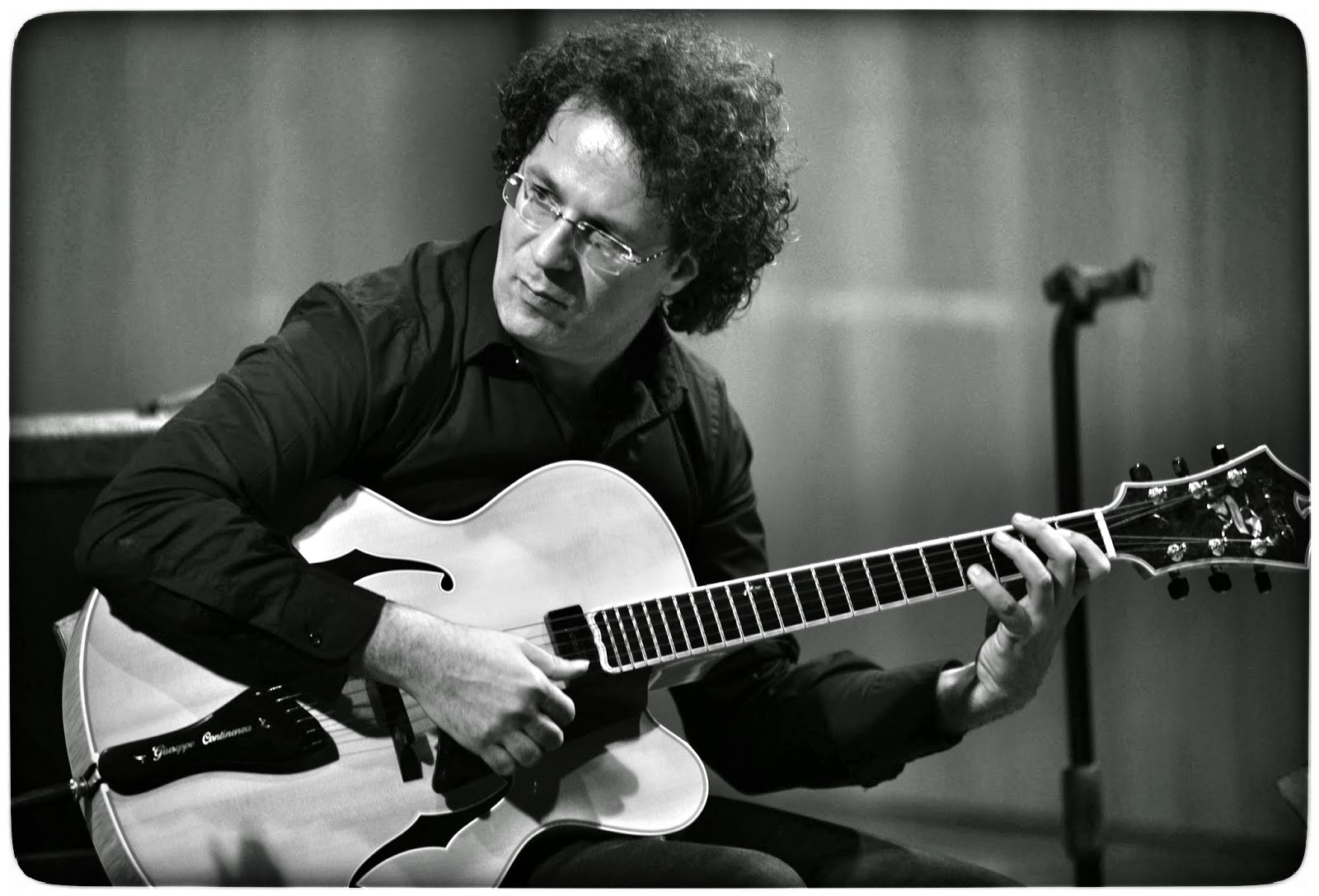 Giuseppe Continenza has been playing guitar since the age of seven. He studied classical guitar at the Classical Music Academy in Pescara, Italy and later moved to California to study at Musicians Institute in Hollywood, graduating in 1992. 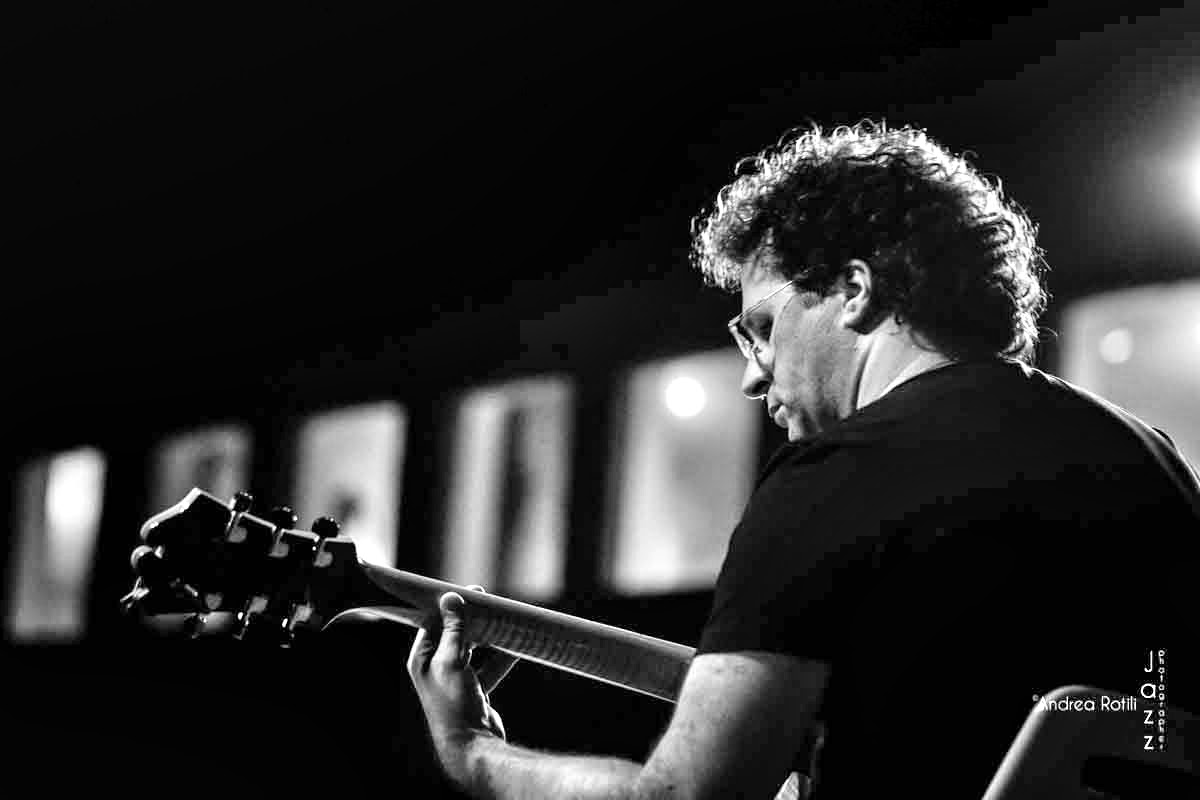 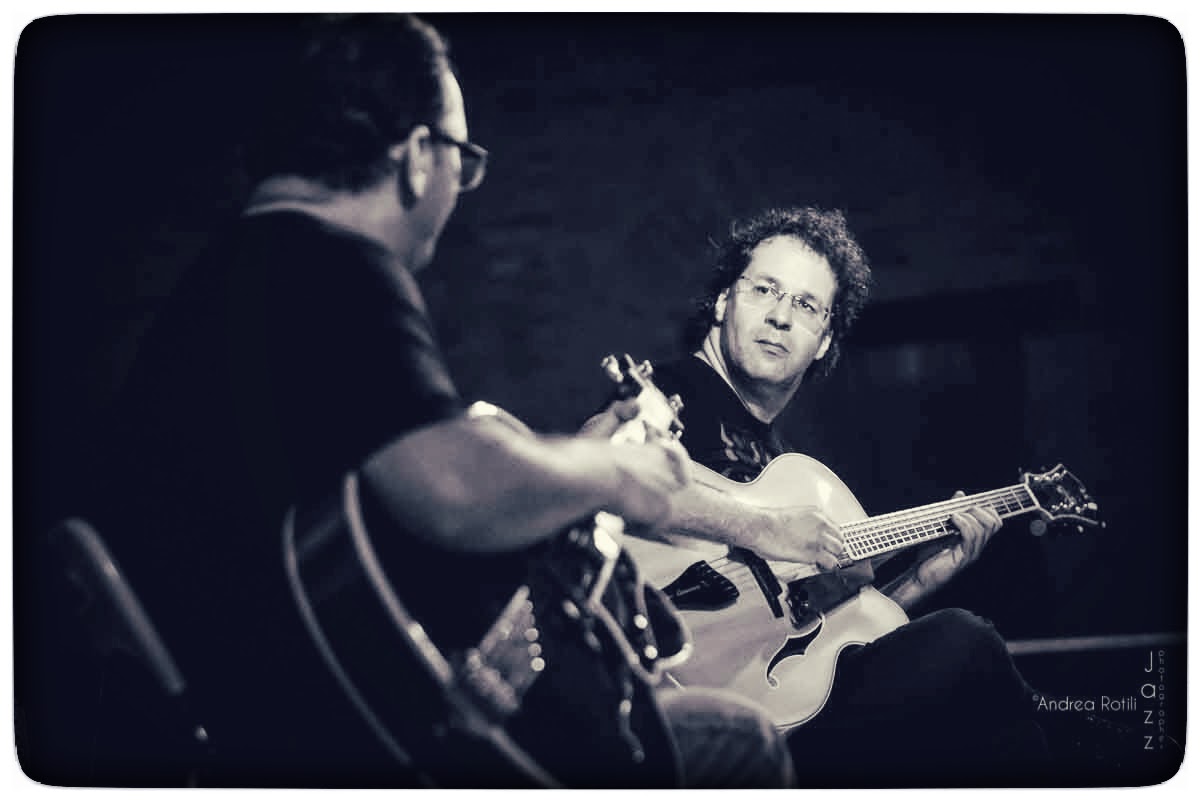 Giuseppe teaches jazz  guitar at the “L. D'Annunzio” Conservatory in Pescara and he has also taught at other schools including University of Oslo, etc 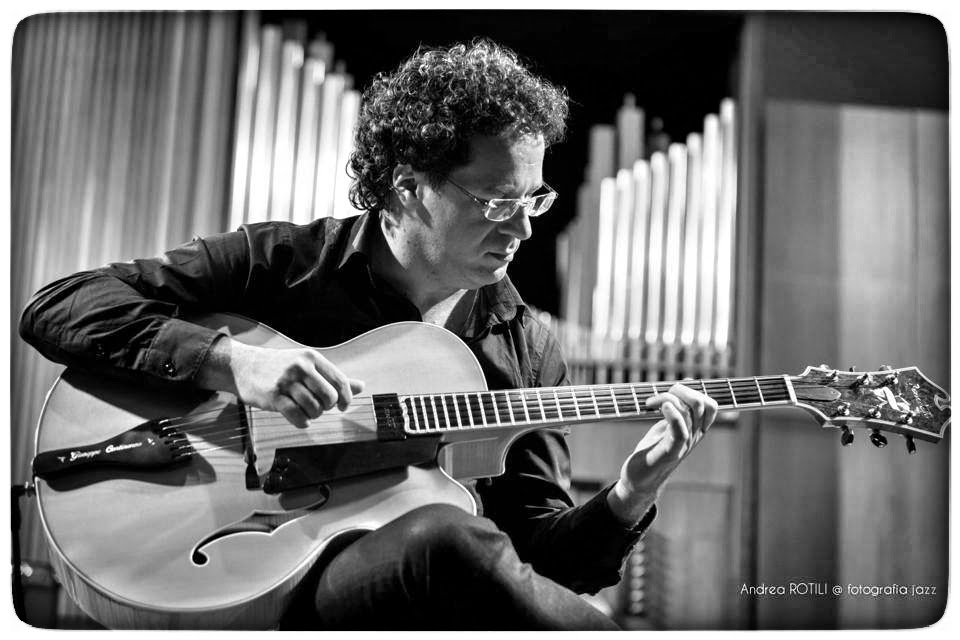 In 1994 he founded the European Musicians Institute (EMI), one of the most advanced jazz schools in Europe. Giuseppe also contributes and writes columns in many magazine publications including Just Jazz Guitar (USA), Guitar Player, Guitar Club, and Jazzit. 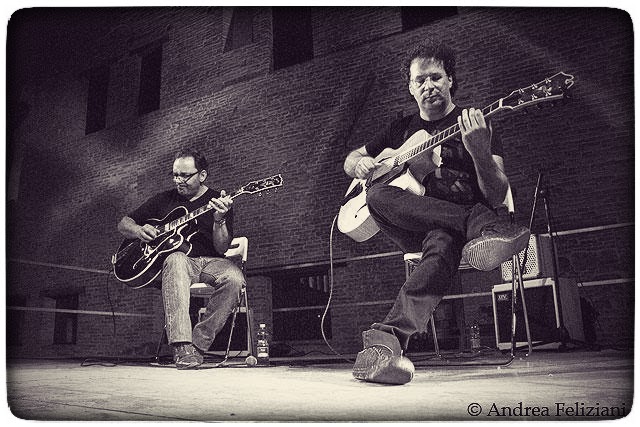 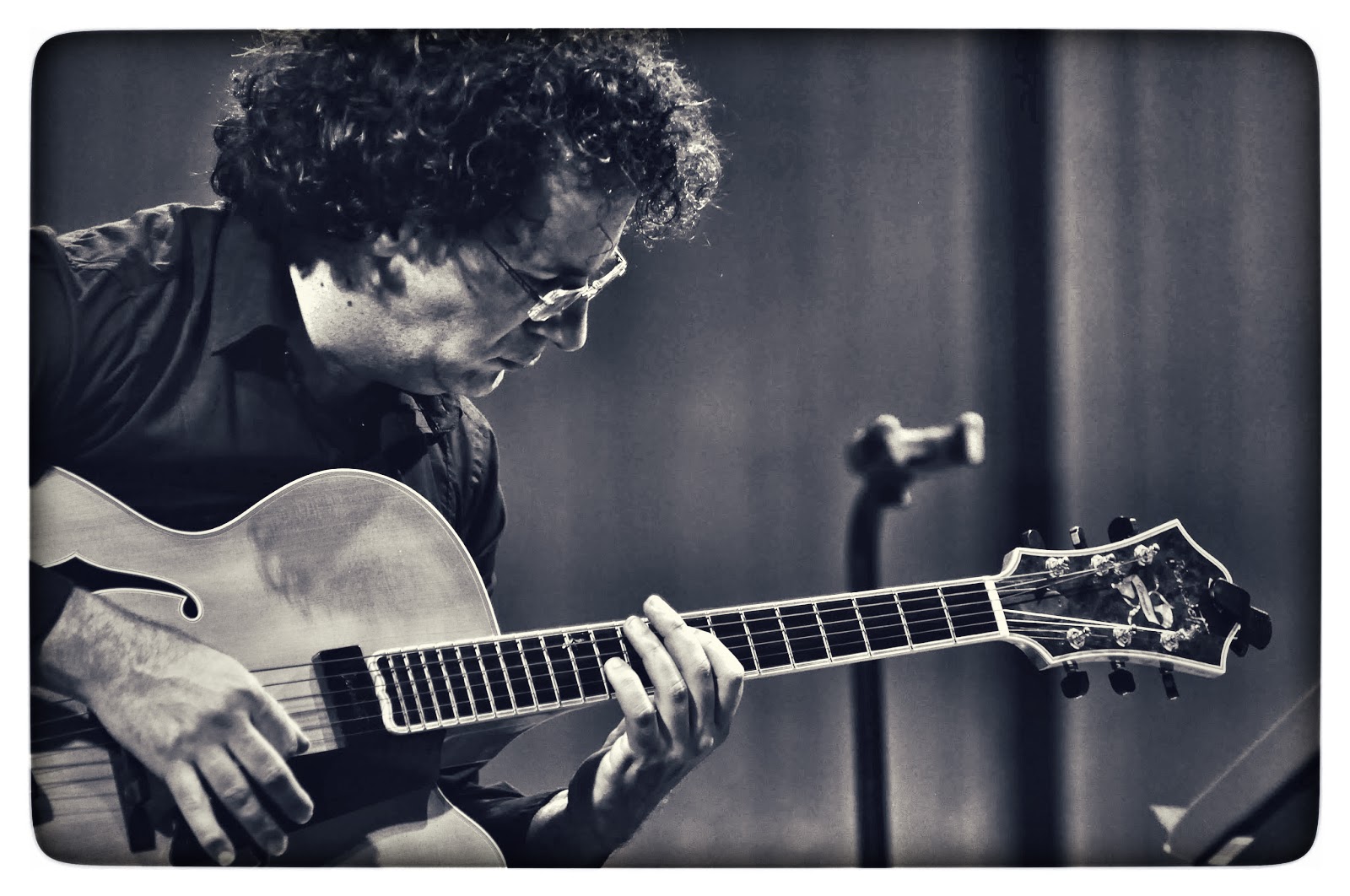 I think it was Joe Pass "Virtuoso" and I found a shop in my city Pescara, Italy where you can get all this wonderful rare album and when I discover it all my little incoming was leaded there :)

It was a Blly Childs album ... I love his composing skill as well he is a very inspiring musicians.

Music is all for me. It give me peace, love, inspiration, ambition and so on! I love the way every day I live music with projects and thinking how many think I want to involve in my playing.

Actually there are many. I was recording and playing with so many great musicians, I love all of them, everybody has a personal voice. I was impressed by all of them Joe Diorio, Scott Henderson, Gene Bertoncini, Vic Juris, Jimmy Bruno, Jack Wilkins, Martin Taylor, John Stowell, Dominique Di Piazza, Gary Willis, Michael Baker and many others. I am very proud of my collaboration with Biréli Lagrène. We met in 2000 and we did the first tour together and we are still playin and touring on these days . In my opinion he is one of the most talented musicians in the planet. He was playing with Jaco Pastorius since he was 19 and he a prodigy he was touring as a solo jazz guitar performer when he was only 13 years old! Plus he can play every instrument like violin etc and of course he is a great person we are like Brothers and we love to make music together.
We did playing in quartet with Gary Willis (Wayne Shorter, Tribal Tech) and Michael Baker (Joe Zawinul, Jimmy Smith) and it was fantastic wonderful musicians at top level.

I think it's very important to have a goal each week in order to get a target in your playing. I love to study, develope, discover and I'm still studying a lot when I have time. And i advice new students first to get a great teacher who can really show you the way to know your instrument, i teach since a long time and i think it's very important and second get great records and start learning a repertoire of standards so you can comunicate with other musicians. Transcribe some phrases of the player you like and get a good sound from your pick and finger as well from your amps and effects if you use them.
I teach jazz guitar in Conservatory of Pescara, Italy and at European Musicians Institute a vocational music academy.

I admire when a musician can speak with his music, I thinks audience can feel it. Many of today musicians are so busy in complicate the music that the result is most of the time so boring because i think that the "Melody" is the Queen of the composition, so even if the harmony and the rhythm are complex but the melody is there clear and strong you made it! Wayne Shorter in my opinion is a great example he can play simple melody but make it great. The composition "Ana Maria" is a great example of his genius,

What’s the difference between a good guitar and a bad guitar? Which guitar  and gear do you use?

I think it depends on who is playing it ;) Just kidding, I thinks the great guitar has her own voice and you reconize just playing her from the first time. I'm an endorser of Benedetto Guitars since 2003 now and I love my Benedetto Cremona Custom, warm sound, great neck and wonderful even acoustic . Benedetto is the best guitar I played in my life! So I use it live and in studio and playing it make me feel in heaven. I'm using a Barbera Transducer for make it more acoustic and it's just great! Plus I use Buscarini Classical Guitars that I just love! I'm also endorsing DVMark Amps I've got differents models for different situation. I've got the Little Jazz Model recently and me and Bireli use it in our last tour. Plus I use La Bella Strings, Eventide Effects, Seymour Duncan/Benedetto Pick Ups.

Digital Music is the way we use music today so i think it's a good think in terms of diffusion but it's for sure less incoming for all of us. You Tube for example is a great way to make world know about your music and many musicians get famous because of it.

Actually I'm pretty happy about my sound, I use mainly reverb and delay for make it special, in my case Eventide Time Factor and Space Reverb, For classical and acoustic guitar just reverb. When I want a fusion sound I'm using DV Mark Multiamp I just bring it with a midi pedalboard and I can get all the sounds I want from rock, country, funk, jazz etc.

Guitar is a difficul instrument and it need love to make it sound great! He is like a woman more love and time you'll give to her and more she will give back to you.

What was the best moment of your musical career?

Thanks God I had many highlight on my musical career but I think touring with Biréli Lagrène was the best of them. We play together like we know each others from a life and the audience can feel that. Plus with Joe Diorio, Vic Juris and Gene Bertoncini we ha many great moments. With Vic and Dominique Di Piazza ( a wonderful Bassist) we did 2 records together and I'm happy of them.

I love Picasso and I think I would love to meet him and Leonardo Da Vinci he was a genius in everything!

I've a few projects upcoming first my new record with Gene Bertoncini (many people doesn't know he was the first guitarist who record with Wayne Shorter in the album "Odissey of Iska" from the '70 with Blue Note and Wayne asked him to join Weather Report but he was too busy as a studio musician too in NY so I didn't accepted it) with Dominique  Di Piazza (John McLaughlin's bassist) and Pietro Iodice on Drums, I will tour summer and fall with Biréli Lagrène and we problably will do a record as soon as possible. 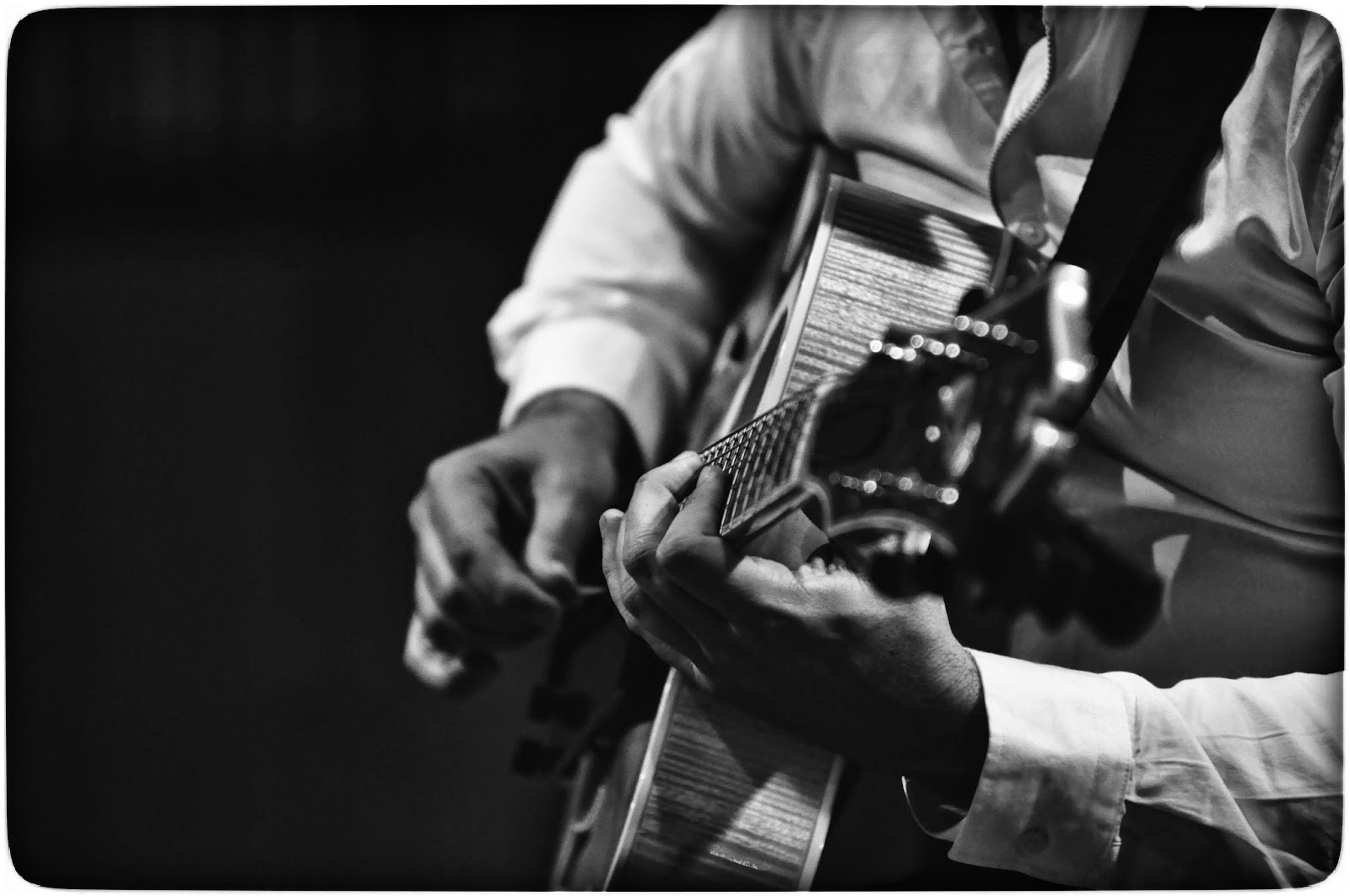