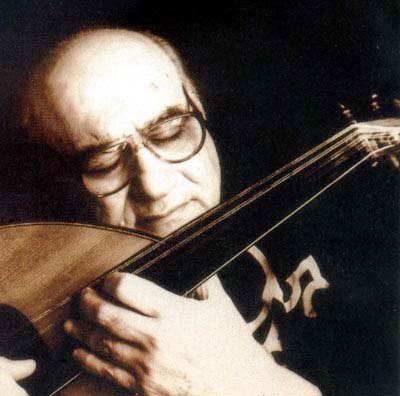 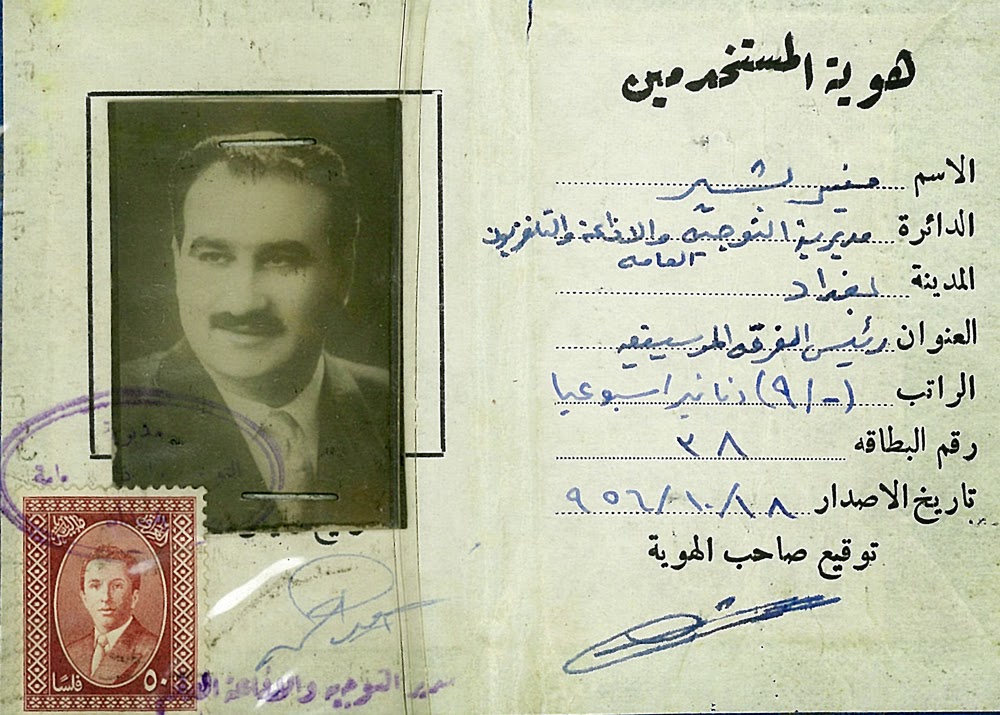 Munir Bashir descends from a line of Iraqi family musicians of Assyrian Christian heritage. Born in 1930 in Mosul, his father, 'Abd al-Aziz Bachir, was a reknowned and cultivated oud musician and vocalist, who began to teach him the oud from the age of five, together with his elder brother Jamil Bashir. Munir was exposed to and absorbed music from the Syrian, Byzantine, Kurdish, Persian, Turcic, and Abbasid traditions. At the young age of five years, Munir took up cello, also the oud, and eventually entered the Institute of Music of Baghdad, which was founded by the grand theoretician of Oriental music in the 20th century, Sharif Muhyi ad-Din Haydar Targan (1892-1967, and the Institute was open from 1934 to 1948). There he continued his oud studies under the great Şerif Muhiddin Targan and would begin his lifelong work of documenting and preserving the traditional music of Iraq.

For decades Munir Bashir has enthralled his Arab audiences with his incredible dexterity and sublime ability to modulates from one mode to another at will.
In 1951, Bashir began a teaching assignment at the newly-established Académie des Beaux-Arts in Baghdad, but in 1953 he moved to Beirut, Lebanon, where he was soon to accompany the famous Lebanese singer Fairuz. The same year saw his first solo concert, in Istanbul, and in 1957 he began a tour of several European countries. In the early 1960s Bashir moved to Budapest to study at the Franz Liszt Conservatory under Zoltán Kodály - he was awarded a doctorate in musicology in 1965.

In addition to being a virtuoso soloist, Bashir was an acclaimed musicologist.In the Arab world he remains regarded a supreme master of his instrument, the oud, and a leading representative of the musical tradition characterized by the Maqam. He is credited for restoring the oud to its former glory. He was an ardent defender of Arab music against its misrepresentation in terms of usage and perception. A great composer and improviser, he had an in-depth knowledge of all Arab repertoires and music theory. Munir Bachir explored the limits of the Arab modal system in all its purity. The oud he used was made to his personal specification, with five double strings and an additional bass string, adding grandeur to his beautiful music. On this CD, Bachir proposes three traditional maqams alongside two of his own works. Pure meditative pleasure.

Arabic maqam (Arabic: مقام‎ / ALA-LC: maqām; pl. maqāmāt) is the system of melodic modes used in traditional Arabic music, which is mainly melodic. The word maqam in Arabic means place, location or position. The Arabic maqam is a melody type. It is "a technique of improvisation" that defines the pitches, patterns, and development of a piece of music and which is "unique to Arabian art music." There are seventy two heptatonic tone rows or scales of maqamat.[1] These are constructed from major, neutral, and minor seconds. Each maqam is built on a scale, and carries a tradition that defines its habitual phrases, important notes, melodic development and modulation. Both compositions and improvisations in traditional Arabic music are based on the maqam system. Maqamat can be realized with either vocal or instrumental music, and do not include a rhythmic component.

An essential factor in performance is that each maqam describes the "tonal-spatial factor" or set of musical notes and the relationships between them, including traditional patterns and development of melody, while the "rhythmic-temporal component" is "subjected to no definite organization."[2] A maqam does not have an "established, regularly recurring bar scheme nor an unchanging meter. A certain rhythm does sometimes identify the style of a performer, but this is dependent upon his performance technique and is never characteristic of the maqam as such." The compositional or rather precompositional aspect of the maqam is the tonal-spatial organization including the number of tone levels and the improvisational aspect is the construction of the rhythmic-temporal 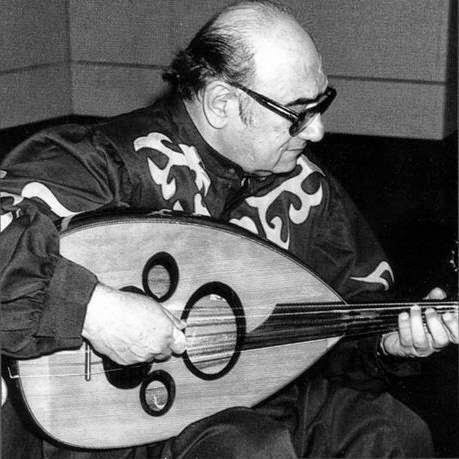 The music that Munir Bashir creates spring from the authentic traditions of Arabian music. Adhering to the framework of the true musical form, he shapes the modal structure of the Maqam and renders a highly charged emotional atmosphere, which is felt equally by Arab and non-Arab audiences alike.
In his concerts, he was always performs the traditional music from the â€œ Taqsimâ€, which is the instrumental rendition of the Maqam. He gave recitals in Berlin, Prague, Belgrade, Sofia, Riga, and Moscow. He established residence in Budapest, and there he met Zoltan Kodaly and prepared for a doctorate in music. In 1967, while living in Beirut, he became involved in teaching activities aimed at reviving Arab musical traditions, to counter the lassitude of contemporary performers and to prevent this music from degenerating. Thereafter he refused to perform as a supporter for singers, and prefered to perform his music as a soloist. Through the efforts of the Oriental musiologist Simon Jargy, Munir Bachir was persuaded to come to Geneva in 1971 to perform, also at the Palace of Versailles, the O.R.T.F. in Paris, the Holstebow festival in Denmark, and several other important recitals. In 1973, he performed in Sweden, Iraq, Canada, the United States, and Germany. At the end of 1973, he returned to Iraq and was named to the artistic council for the Minister of Information to revive the practice of traditional music.

The long rests that punctuate his Maqam renditions represent some of the most exciting moments. During this silence one feels that Bashir seems to draw out the origins of human time.
Budapest was also where he met his Hungarian wife, who gave birth to their son Omar Bashir in 1970. After Kodály’s death in 1967, Bashir returned to Beirut for several years, but in 1973 the Iraqi Ministry of Information appointed him to its culture committee in Baghdad. The 1980s saw the rise of Saddam Hussein's Baath Party, and Bashir eventually left Iraq for good in 1991 to return to Europe, where most of his most famous recordings were made.

Anyone who has listened to Munir Bashir will agree with the critics who continue to him the messenger of the traditional style, innovator of classical Arabian. Munir Bashir died in Budapest in 1997 at the age of 67, having introduced the oud to a Western audience and established it as a solo instrument in its own right. He is perhaps the best known oud player to have ever lived, and his musical legacy is continued by his son Omar. 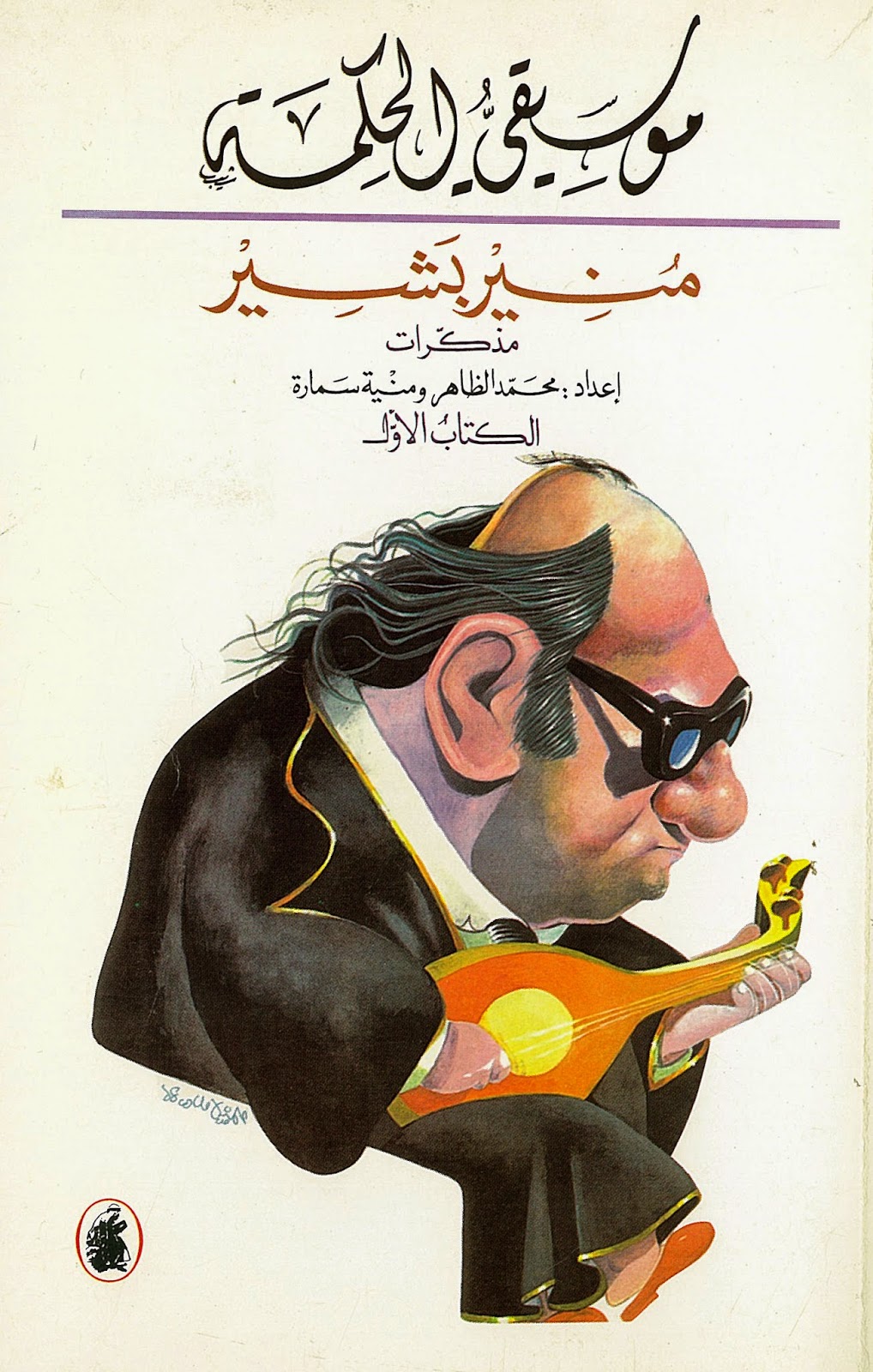