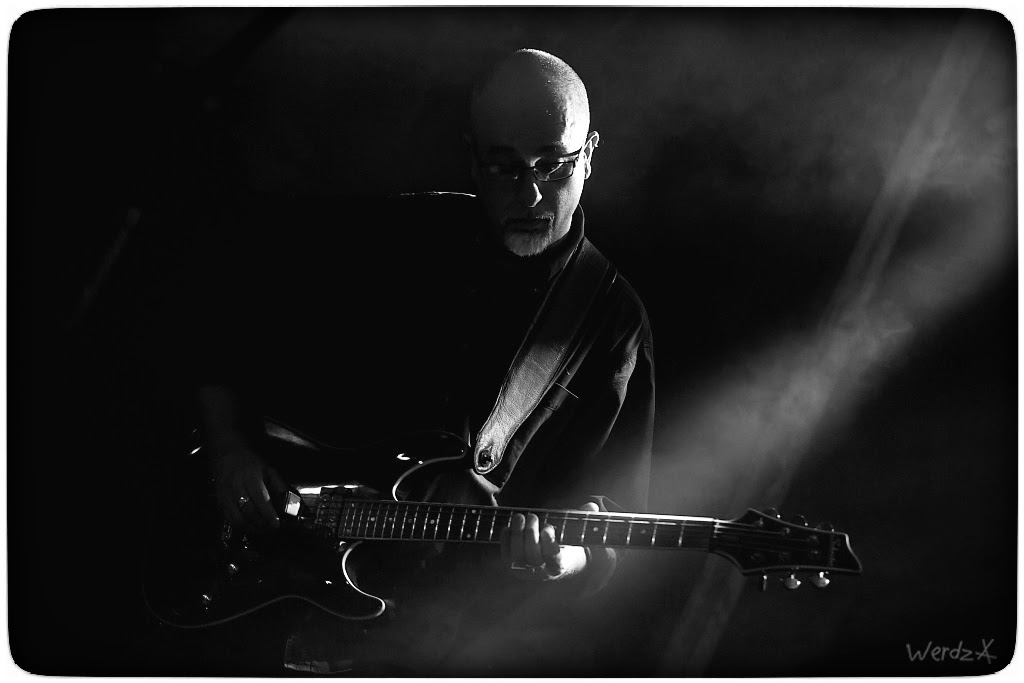 Eraldo Bernocchi is an Italian guitarist, composer, arranger and producer with a solid reputation as an all round sonic sculptor. Starting his career in the late 70′s as a guitarist in independent punk bands, in the mid ’80′s Eraldo co-founded the conceptual audio project Sigillum-S (with Paolo Bandera and Luca di Giorgio), which grew into a highly acclaimed international cult act.

In addition to regular work scoring music for adverts and other multimedia projects, Eraldo has composed film music for Academy Award winner Gabriele Salvatore and produced numerous art installations with Petulia Mattioli, as well as other artists including Russell Mills and Harold Budd.

Uniquely, Eraldo is also known for being invited to play and organize several special events for H.H. The Dalai Lama in Italy.

In 2008, together with music enthusiast Giacomo Bruzzo, Eraldo founded RareNoise Records, a new London based label, which aims to showcase a wide range of cutting edge music. The label has since become an important conduit championing several forward thinking and original artists, as well as releasing a number of Eraldo’s own recordings, including ambient guitar duo Parched (with Davide Tiso from Ephel Duath fame), Somma (with Nils Petter Molvaer, Bill Laswell, Raiz and Lorenzo Esposito Fornasari), Owls (again with Fornasari and Tony Wakeford), Metallic Taste Of Blood (with Colin Edwin from Porcupine Tree, Balazs Pandi and Jamie Saft) and Obake, a doomtronic quartet with Colin Edwin/Bong Ra on bass, Lorenzo Esposito Fornasari and Balazs Pandi. 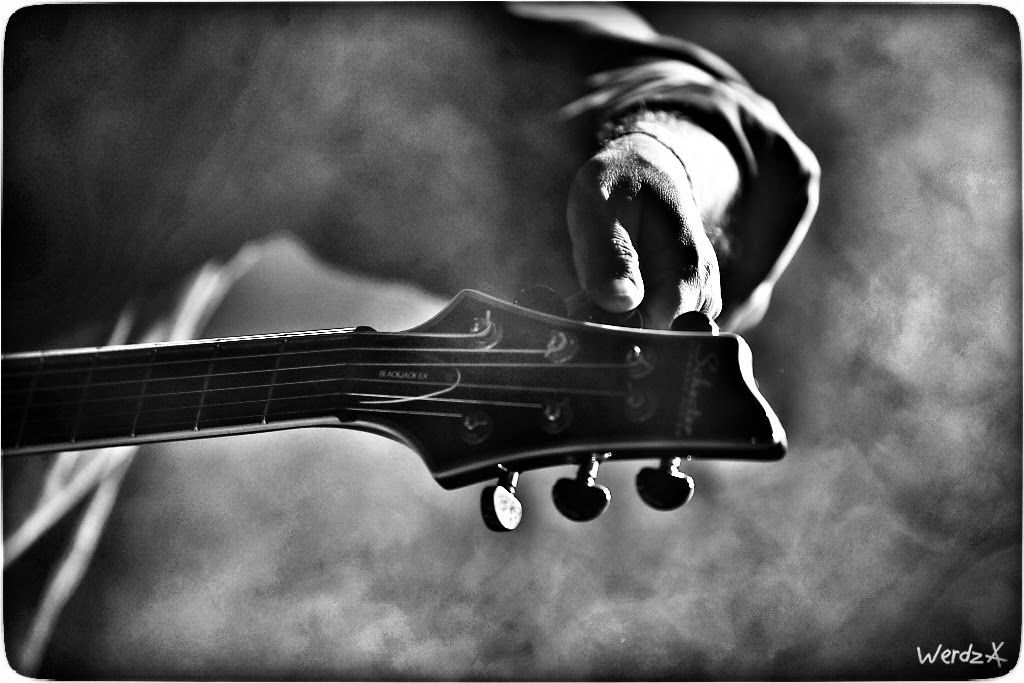 Eraldo is currently completing the production work for the 30 years anniversary outputs from Sigillum S, promoting the new Metallic Taste of Blood with Colin Edwin and Ted Parsons on drums, working on a secret solo project, finalizing the power noise duo Mangiati Vivi first output, starting a new duo with Prakash Sontakke, one of the most amazing slide guitar players from India and starting to plan a project with renowned Japanese ambient artist Chihei Hatakeyama.

I bought two. "Wish you were here" by Pink Floyd and "Don't shoot on me I'm only the piano player" by Elton John. I had no idea what music I was going to listen  I was barely thirteen and I bought them because of the cover. Right after that I went into Kiss, Tangerine Dream, Black Sabbath and Kraftwerk. Then punk expIoded and everything changed. I bought so many records in those years...

To listen, to be gentle with noise and strong with melodies, to break my heart with emotions. Same things I ask to myself and very rarely I reach. I like interacting with other guitar players as long as they're into dialogue as in the end there's always the risk to travel alone along those musical paths but when it happens that two musicians are deeply connected its pure wonder.

Anything that makes sound. In the guitar department I have a few of them but my favorites are a Les Paul standard from 79, a Shecter Baritone I bought in 2006 and a baritone ESP Ltd with hand wound pickups and a booster circuit i can blast up to a good 80 db of gain, perfect for doomy and drony stuff.
I have a Mesa Boogie valve twin preamp as my main gain machine and I use a lot of pedals. I love to buy them, even crappy ones like Beringher (used ones, so even worst...:)). I like them because I can experiment for cheap, right now, for instance, I'm building a drone machine where I'm putting together 5 delays and 3 reverbs, everything is in series with come little trick here and there to hack them. If it's going to work as I hope I'll buy better pedals but for now the crappy one are perfects for checking out the results and as well you never know if they're in the end exactly what I want in term of sound.
Among two of my favorite there are Electro Harmonix Super Ego and Eventide Space. Can't live without those. And on top of this I really use anything that makes noise: daws, analog synth, metals, anything.

Obake, MTOB sigillum S 23/20 and Winter Garden with Harold Budd and Robin Guthrie.
Simply I wasn't expecting something like this. From the past Charged for sure with Laswell and Kondo.

Emotions, shivers, cry, rage and power. I can't stand super intellectual crap. I need to be carried away not to spend one week trying to understand what the hell does it mean a track. I want to cry and bang my head on a wall not reading 25 pages of explanations about a frequency that is shifting from left to right. Passion, vision, flames. It's all about this. I need Neil Young "Cortez the Killer" solo, that's what I need.


How do you define "order"? Is there any secret organization in your musical compositions?

Order comes into the picture when it's mixing or arranging time. Before that it's just a stream of emotions. Then I start to tidy up thing, that's the moment where you must be super heavy with yourself. I do not forgive me or condone anything. I always leave at least a couple of weeks before mastering when I close a mix. I need time to understand if it's worth or not, if it makes sense or it's crap. The latter goes in the bin, it doesn't matter how long I worked on something. If I decide it's bad, or worst pointless, it goes in the bin.

I don't know. I just do it. Sometime it's linked to emotions other times to images. I just need to do it. It's a flame. Sounds are flames.

I see more challenges than benefits to be honest. The only benefit, a real one, is that the web gives you the chance to get in touch with a wider audience or other artists in a fast way. On the other side record sales are lower and lower meaning that musicians like me are doomed. You got to face reality. Everybody is downloading, less and less people are buying. When I point out this problem I even receive raging reactions. Seems crazy but there's a planet out there that thinks that downloading is a right, a civil right and that music should be free. I've got no problem with it as long as every month somebody send me enough money to survive. Then I'll give all my music for free. Options are I quit and look for a full time job or I find a way to make money with music. I choose to score for adverts and documentaries. I'm mixing and producing. If you want to live of music you got to do everything right now. So, many thanks for the benefits but I see challenges are heavier right now.

The Chants of Maldoror by Lautreamont is the perfect book that can sum all my music, emotions, aspirations. There's my ultimate sound there.

Video art, cinema and photography. Most of my work is linked to images, inspired by them. I married a video artist, Petulia Mattioli, and she's also responsible for my covers. I couldn't marry someone different she's the white half of my dark side, she's light and her work is really strong.
I mostly need images to create music, I live with them daily and photography is my second passion.

"Get rid of what's not needed. Be simple, if there's a rythm section keep it strong and always consider silence, space and dinamics as the main cores of what you do". Bill Laswell told me this during the years we worked together. It's my most precious treasure.

And another one from Harold Budd, even if it's not an advice. We were walking in Siena, one of the most beautiful cities in Italy, it was the afternoon before we were going to play together for the very first time. In the middle of a street a contemporary art sculpture was towering. I don't recall perfectly what was but I remember it was an inflatable white thing. Kind of a funny one.
Harold looked at it and said: how sad trying to be art and ending up being arty.
I'll never forget, it's in my treasure chest too. In the end I try to apply his remark every time I create something, perfectly knowing that very likely I'll never be art with a capital A.


Tell me one musical work wich has provoked a change in your music?

I'll give more than one if I can.
Hear Nothing Say Nothing See Nothing from Discharge because they showed me pure power and energy coupled with meanings and short statements. No need to play for 7 minutes...

All ambient works from Eno, Budd and Hassell because they taught me space and deep emotions

Reign in Blood from Slayer, there's nothing like that

One Down from Material because it's the beginning of the planet melting, all directions are created in one go, it's history of future music.

I have a new Obake album coming out in October, it's super heavy but there's also a lot of harmony and melody, a lot more than the previous one. Colin Edwin is playing bass on it and the rest of the band are the usual suspects Lorenzo Esposito Fornasari and Balazs Pandi. I'm arranging the new MTOB album, again Colin on bass but this time Ted Parsons on drums, it's a weird mixture of metal and instrumentals, madness, ambient, dub I don't know how to define it.

In November is also coimg out the debut album from Osso, a new band I set up with Morkobot. Again super heavy groovy instrumental stuff. There's some new sigillum s things coming up, a new Owls album with Tony Wakeford. A lot more like a guitar duo or a solo project but these projects are still in the confidential folder and I can't/want release infos right now. I'd really like to do another Parched album, it's something I need to do now and I'm evaluating some guitarist possibility.