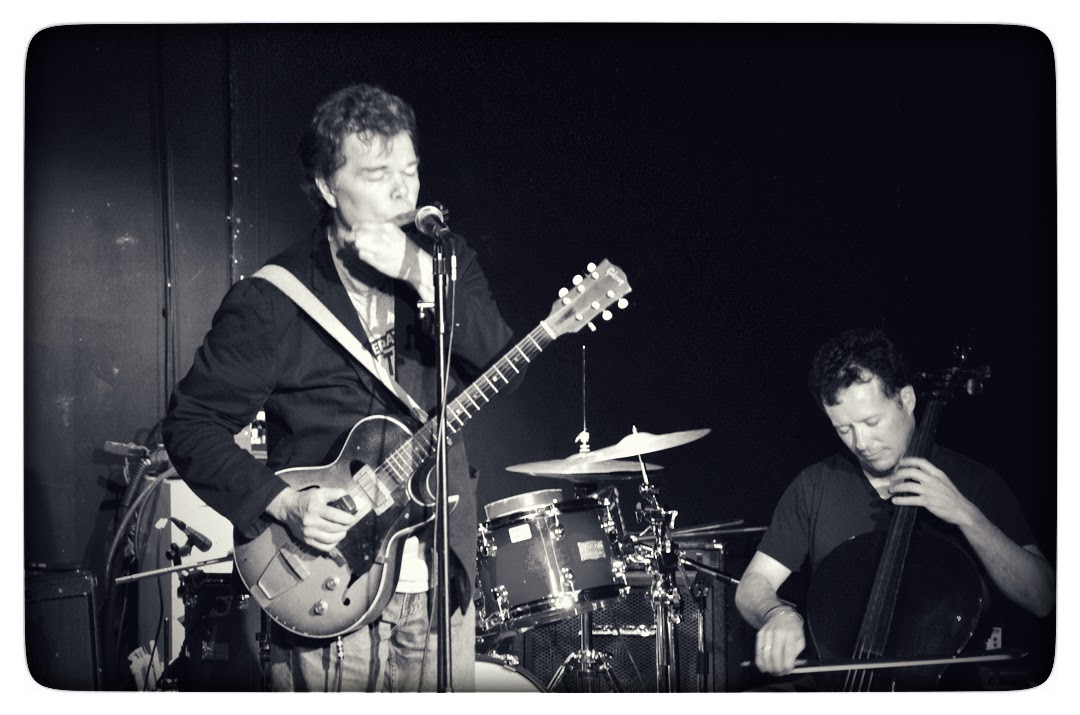 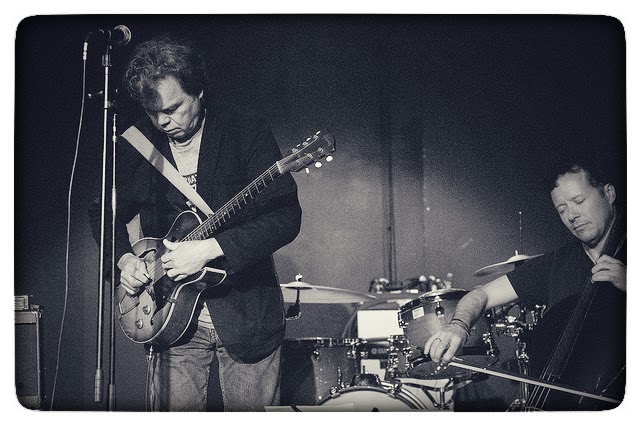 Arthur Bull is a veteran guitarist and harmonica player on the Canadian improvised music scene. In the 1970’s he played with the Monday Night Orchestra, and many recognized Canadian improvisers, including the CCMC, John Oswald, Stuart Broomer, and many others. In the 1980’s he toured and recorded as guitarist with the Bill Smith Ensemble, was a member of the duo Duck Soup, with Bill Smith, and performed with the Four Horsemen, Paul Dutton, John Heward, Michael Snow, David Lee and David Prentice. Since then he has performed with many of Canada’s most recognized improvisers including Paul Plimley, Norm Adams, Paul Cram, Hank Bull, Tena Palmer and Bob Vespaziani. He has also performed in concert with Roscoe Mitchell, John Tchcai, Joe McPhee, Peter Kowald, Paul Rutherford, Derek Bailey, Fred Anderson, Roger Turner, Kidd Jordan, Mike Cooper, John Russell, Pascal Marzan, Magda Mayas, Luca Venitucci and Fabrizio Spera. 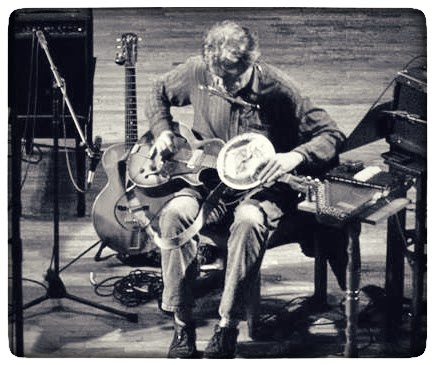 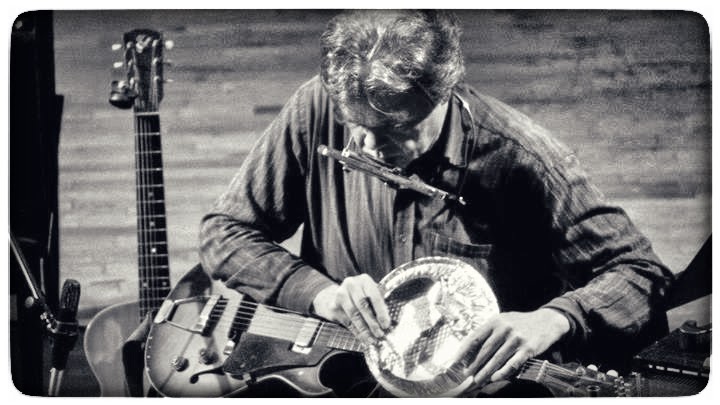 In 1996, he met Daniel Heïkalo, who as lived nearby in rural Nova Scotia (a 2 hour drive). The duo has collaborated closely since 1999and has recorded CD Dérapages à Cordes on the label Ambiances Magnétiques in 2000, followed in 2001 by Guitar Solo, in his friend's label Heïkalo Sound Productions. In that year, the duo appeared at the Festival International de Musique Actuelle de Victoriaville. In 2002 they performed at the Guelph Jazz Festival and Guitarévolution (Montréal).

He occasionally accompanied the spoken word/sound poetry quartet the Four Horsemen (Dutton, Rafael Barreto-Rivera, Steve McCaffery, and BP Nichol) and also Bob Cobbing. He is also a poet, with three books published Hawthorn (Broken Jaw, 1994), Key to the highway (Roseway Pub., 2000), The Lake Diary (Emmerson Street Press, 2011) , as well as two chapbooks, and a translator from the Chinese. His book, The Lake Diary is described by the press with copy that is almost a mini-poem in itself: "nature/ longing/ isolation/ calm" — perfect poems for a hot summer day. The Lake Diary evokes Arthur Bull’s love of the natural world, Chinese literature, and jazz. He has also written 25 Scores, a collection of prose poems for personal sound performance. Some of these pieces were excerpted in Word Events- Perspectives on Verbal Notations, (ed. John Lely and James Saunders, Continuum 2012), which also included scores by Ono, Cage, Bryars, Filliou and Stockhausen Arthur Bull lives on Digby Neck, in a small fishing community on the Bay of Fundy in Nova Scotia, with his artist and musician wife, Ruth Bull. and has been a long time activist for small-scale fisheries. 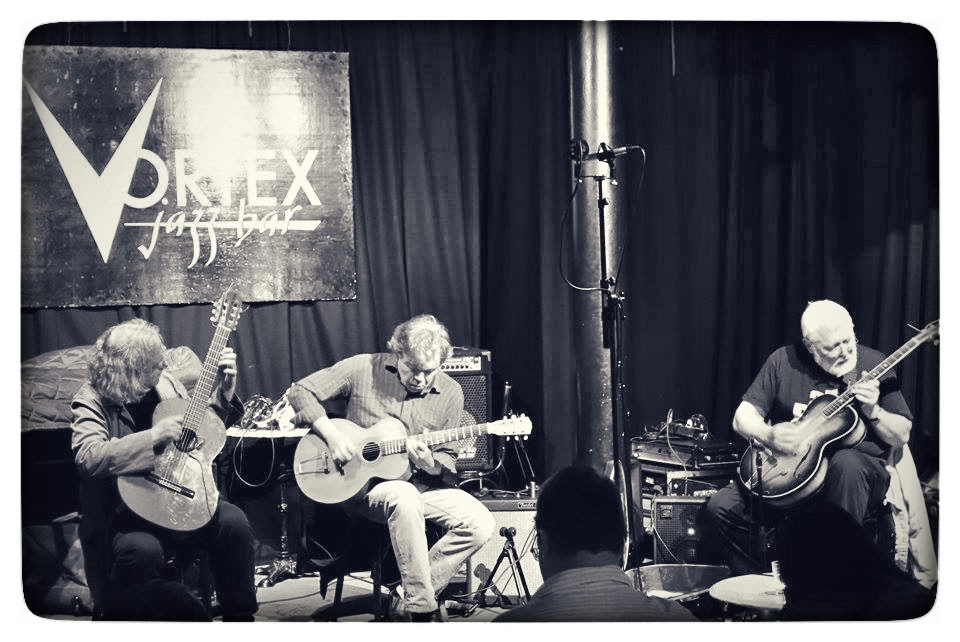 with Pascal Marzan and John Russell

He is currently an associate staff member of the Bay of Fundy Marine Resource Centre, and a policy advisor for the World Forum of Fisher People (WFFP), a global social movement for small-scale fisherfolk. In the past he has held various positions related to this work including, President of the Bay of Fundy Inshore Fishermen’s Association, Executive Director of the Fundy Fixed Gear Council, Chair of the Nova Scotia Coastal Communities Network , Executive Director of Saltwater Network  and Co-director of Rural Communities Impacting Policy project. He has also worked as a senior policy analyst for the Nova Scotia government. Before getting involved in the fisheries, he worked for twelve years in the community-based adult literacy field. 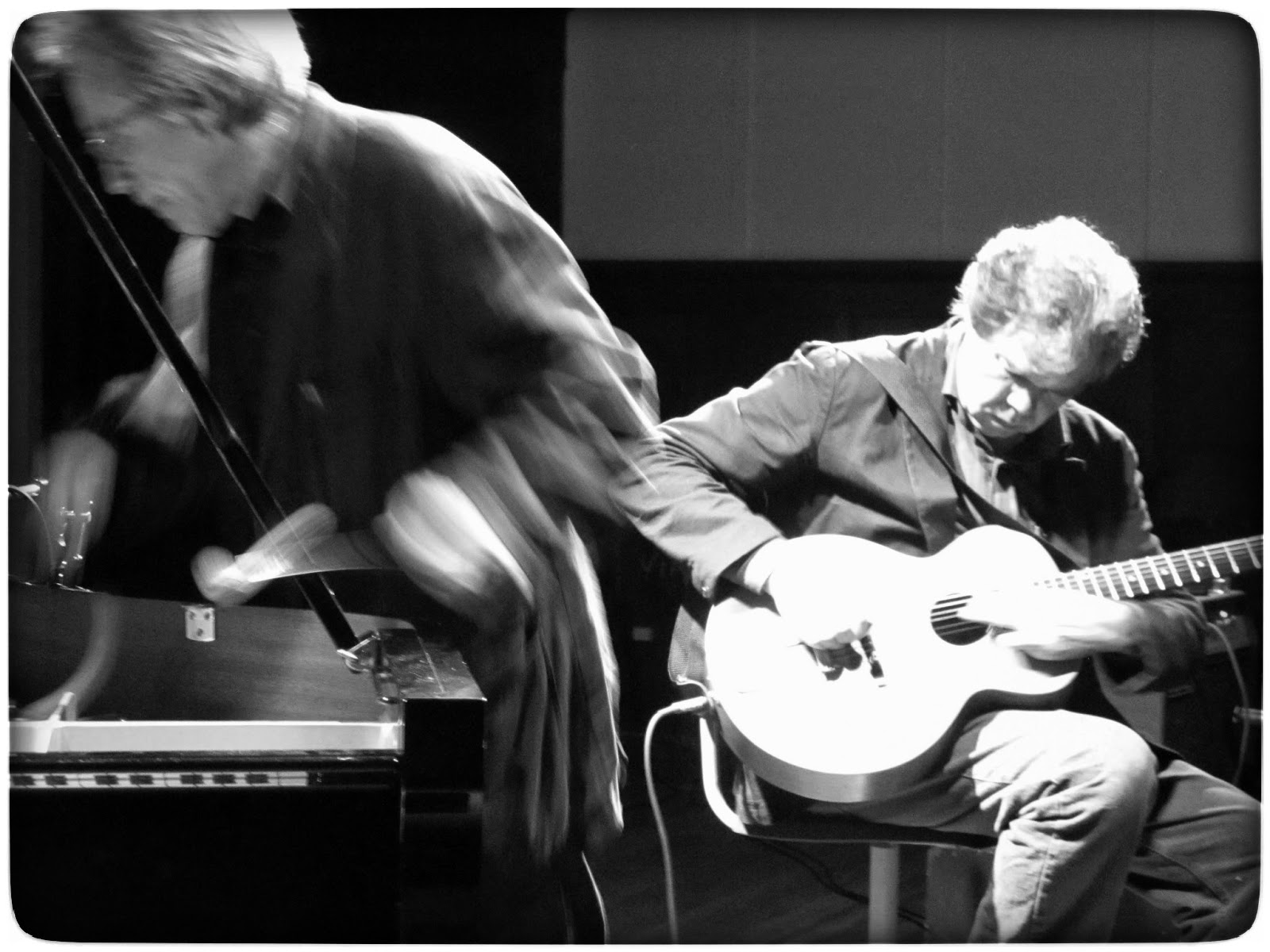 In the past year he has worked on a number of recording projects including a session with a trio with John Heward and Adam Linson, a song project with Éric Normand and a project on the soundscape of Halifax harbour with his brother Hank Bull.

My duets with Daniel Heikalo always surprise me, because we always manage to go to new places and make new (and sometime unrepeatable) sounds

Also, I heard an interview wit shenai player Bismillah Khan where he said he tells his students to play in a way that someone passing by the window and hearing one note will be pierced the heart

Having a completely unique voice that responds spontaneously to other voices

Most music is produced as part of a seemless homogeneous grid that is integrally fused with global capitalism, while at the same time apparently having gaps and cracks in which spontaneous music can occur

For some reason, I loosely associate the guitar sounds I look for with the eight trigrams in the I Ching (Sky, Earth, Wood, Thunder, Mountain, Fire, Water, Lake)

What do you think about teaching? Do you remember specially any of your teachers?

A good teacher should encourage the student to discover her or his own unique voice. I have only had one teacher, quite late in my playing life, Lloyd Garber, who had this ability, and was very helpful to me.

Ammo By Roger Turner and Phil Minton.
It expanded my sense of what improvisation is all about.

I have been working on a film/improvisation group in Toronto called Red Lantern. with some wonderful payers
I just played with a a guitar trio with John Russell and Pascal Marzan, which we are hoping  to continue
Another trio I just played with Italian musicians Luca Ventucci (accordion) and Fabrizio Spera (drums)
A blues duo with drummer Bob Vespaziani called The Spokes


Live in Toronto with The Bill Smith Ensemble Onari 009 1986 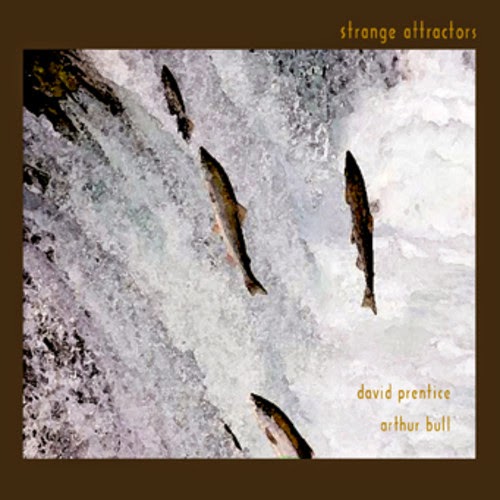 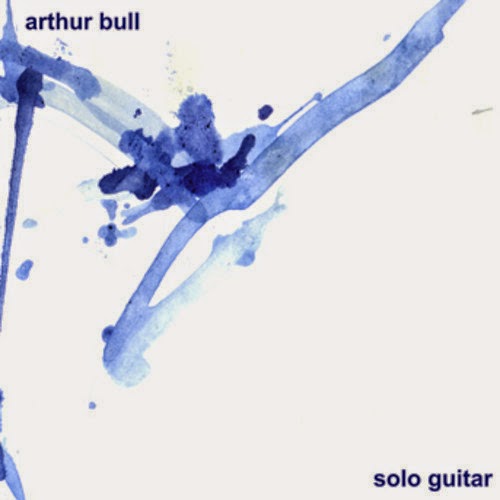 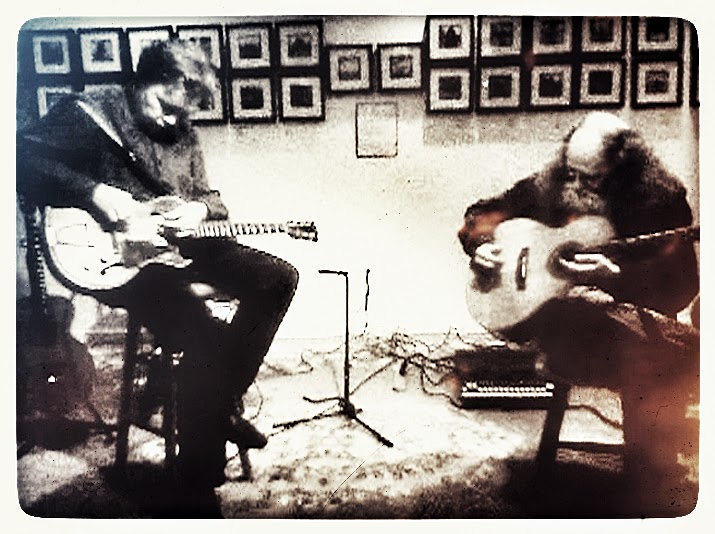 Arthur Bull and John Heward (from Peepers and Coyotes) 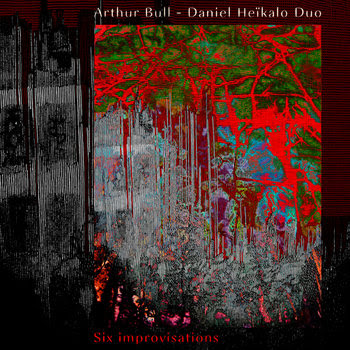 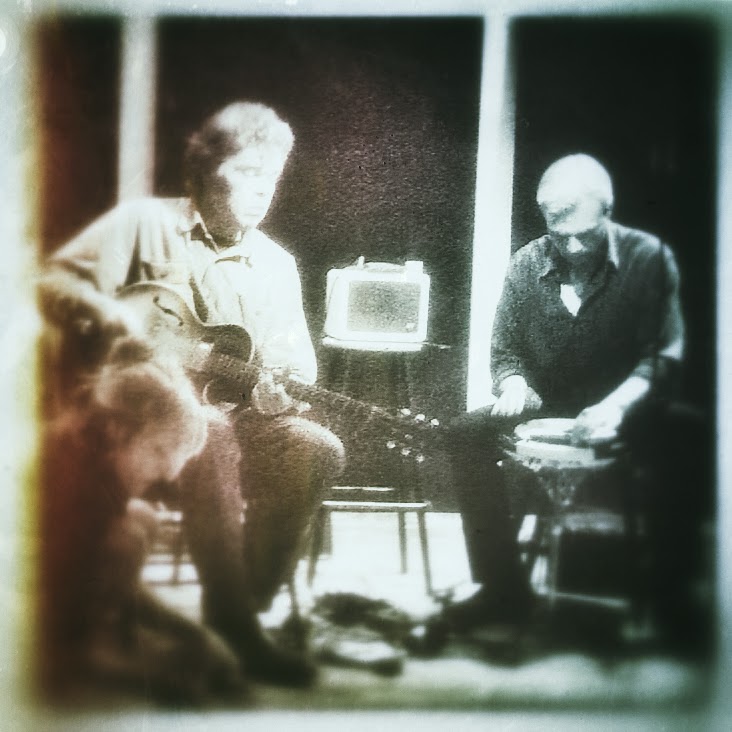 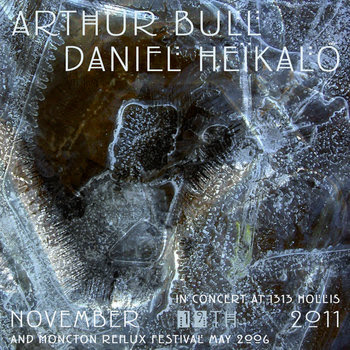 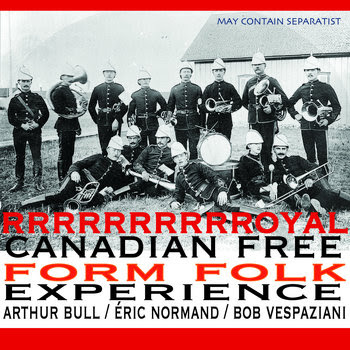 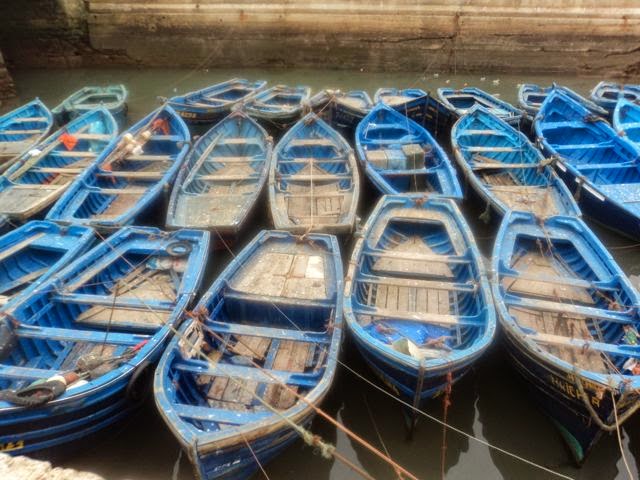