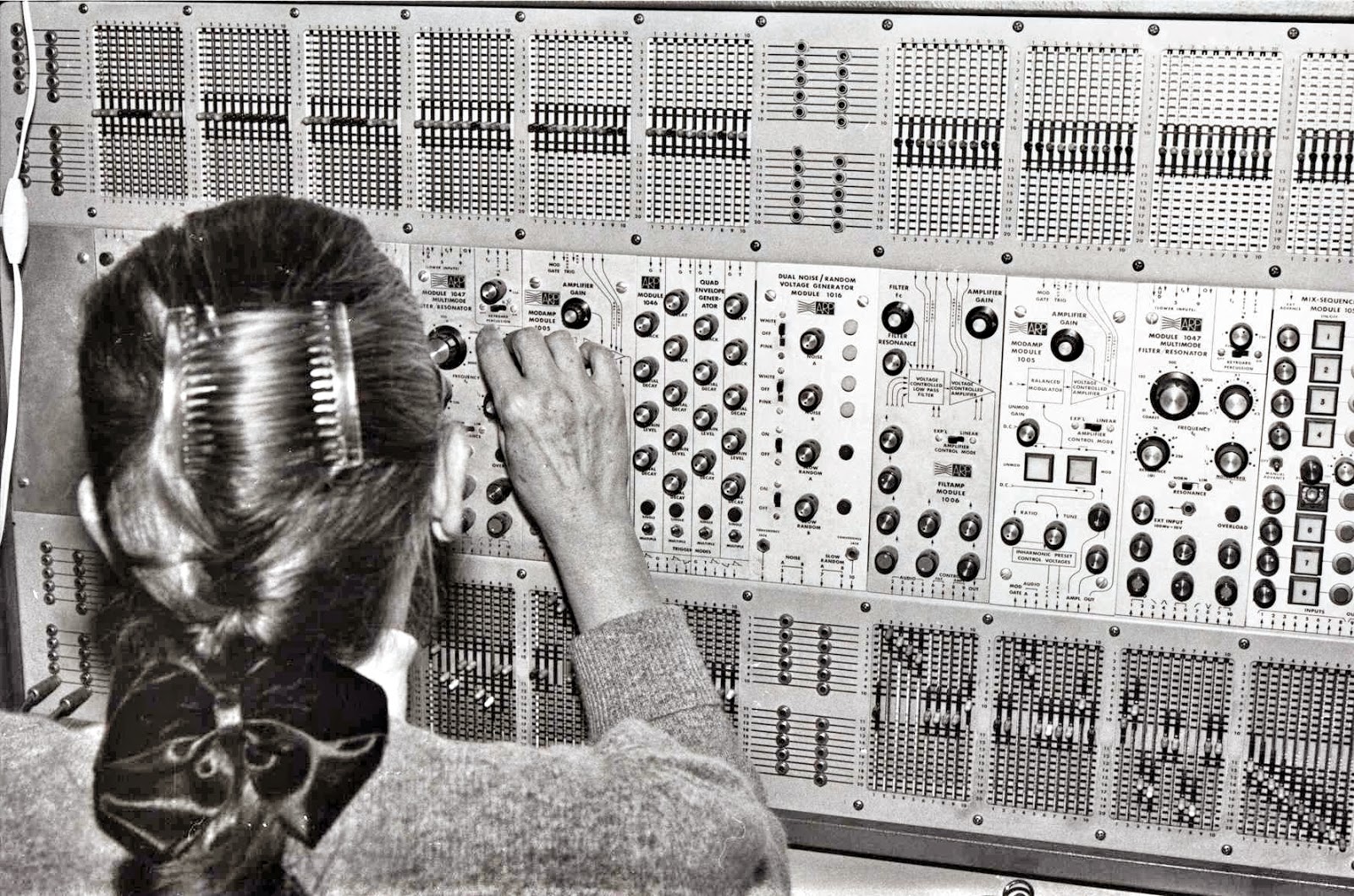 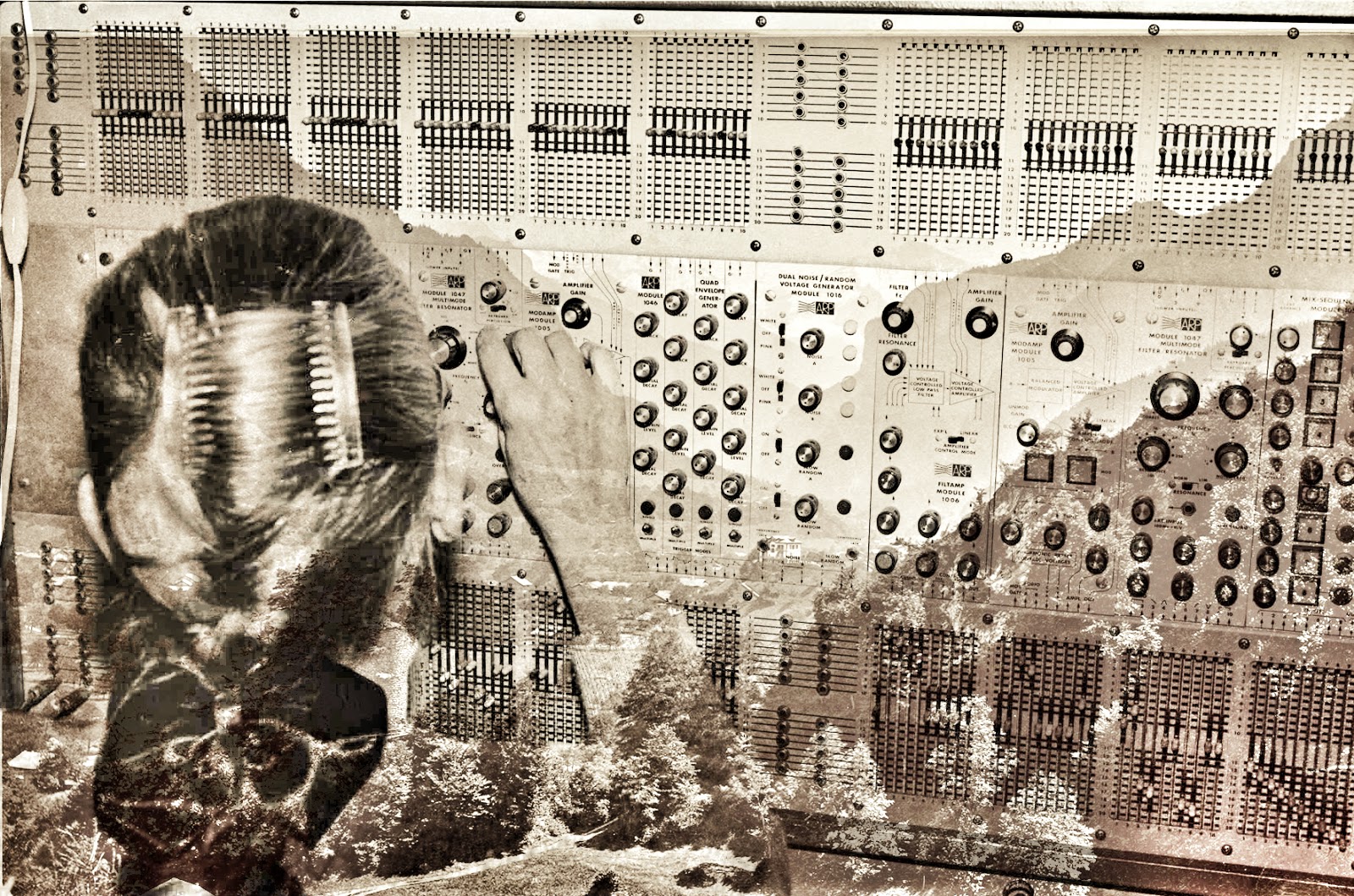 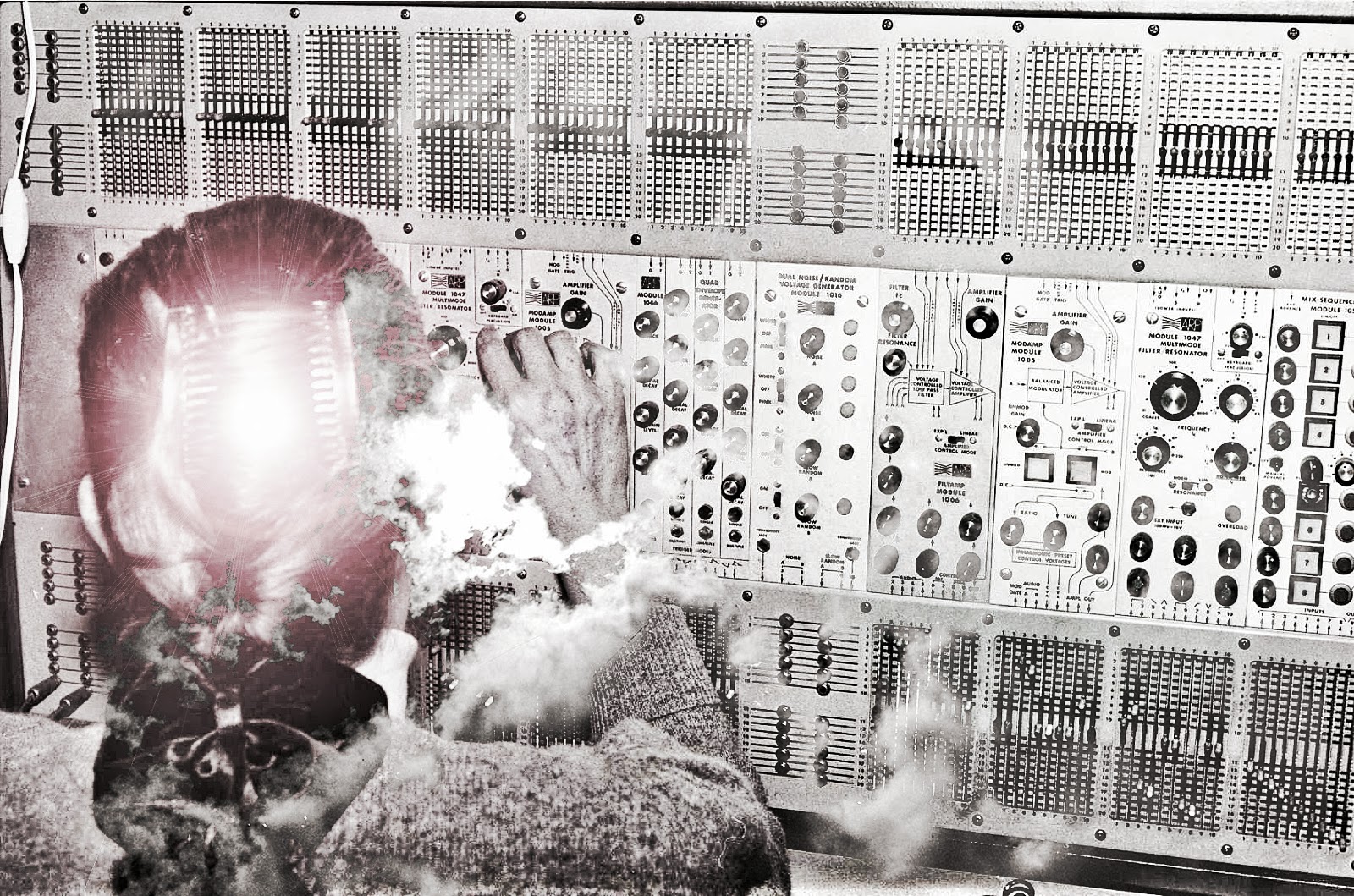 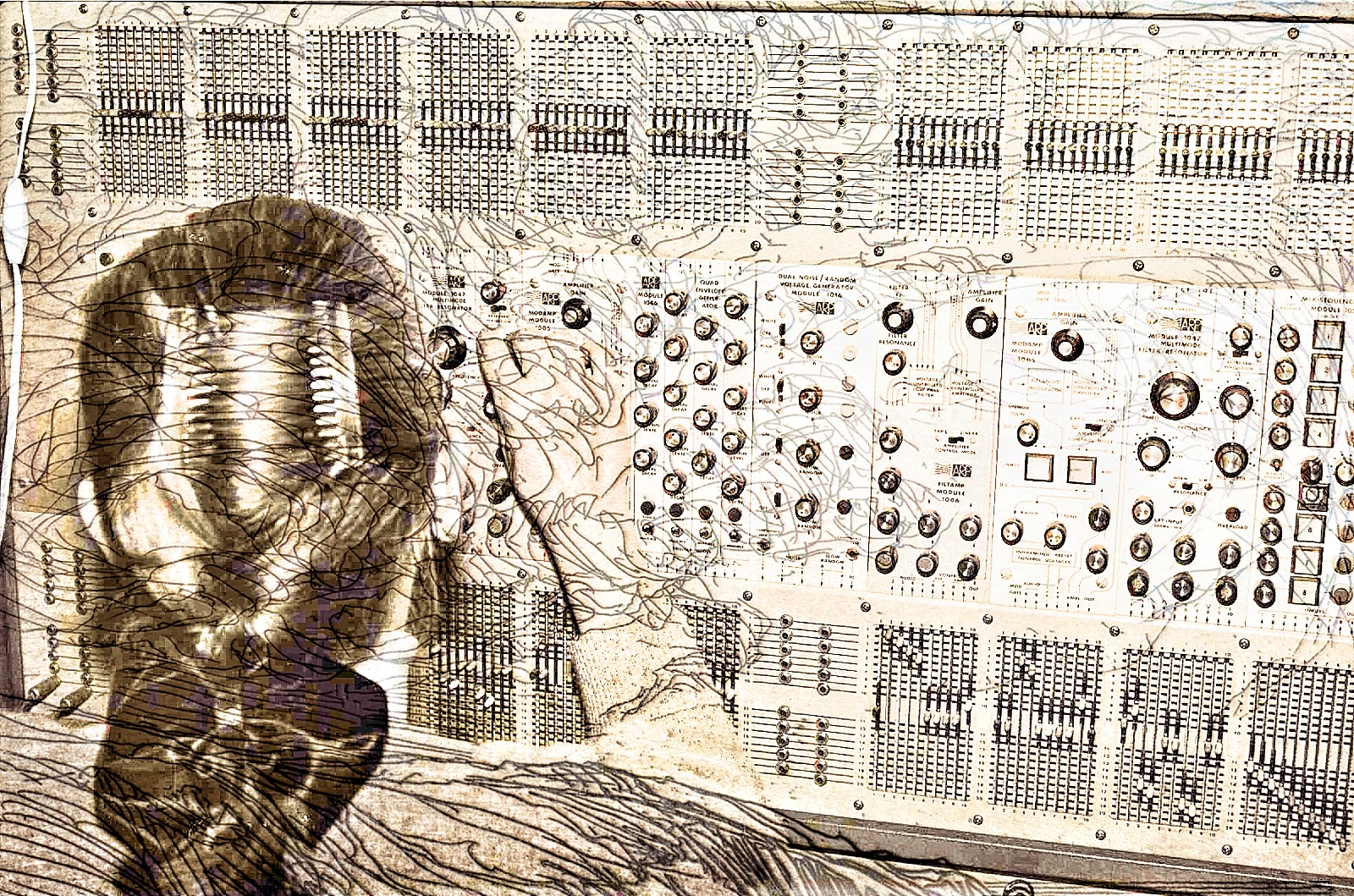 Adnos II completed in 1979 using the Arp synthetizer with the aid of three Revox 1/4 inch tape decks, a mixing console and an outboard third-octave filter used in synch with the filters of the Arp. 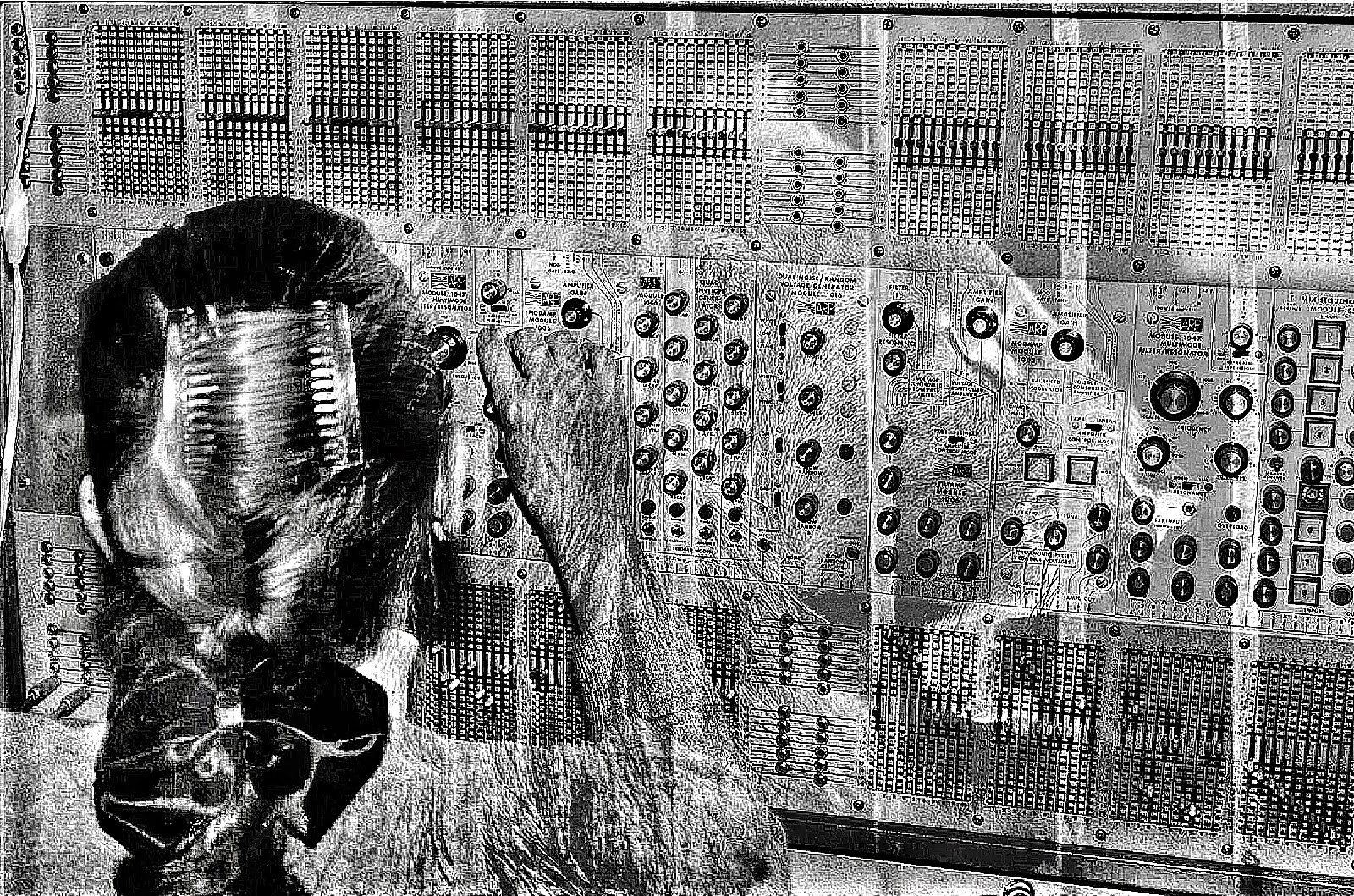 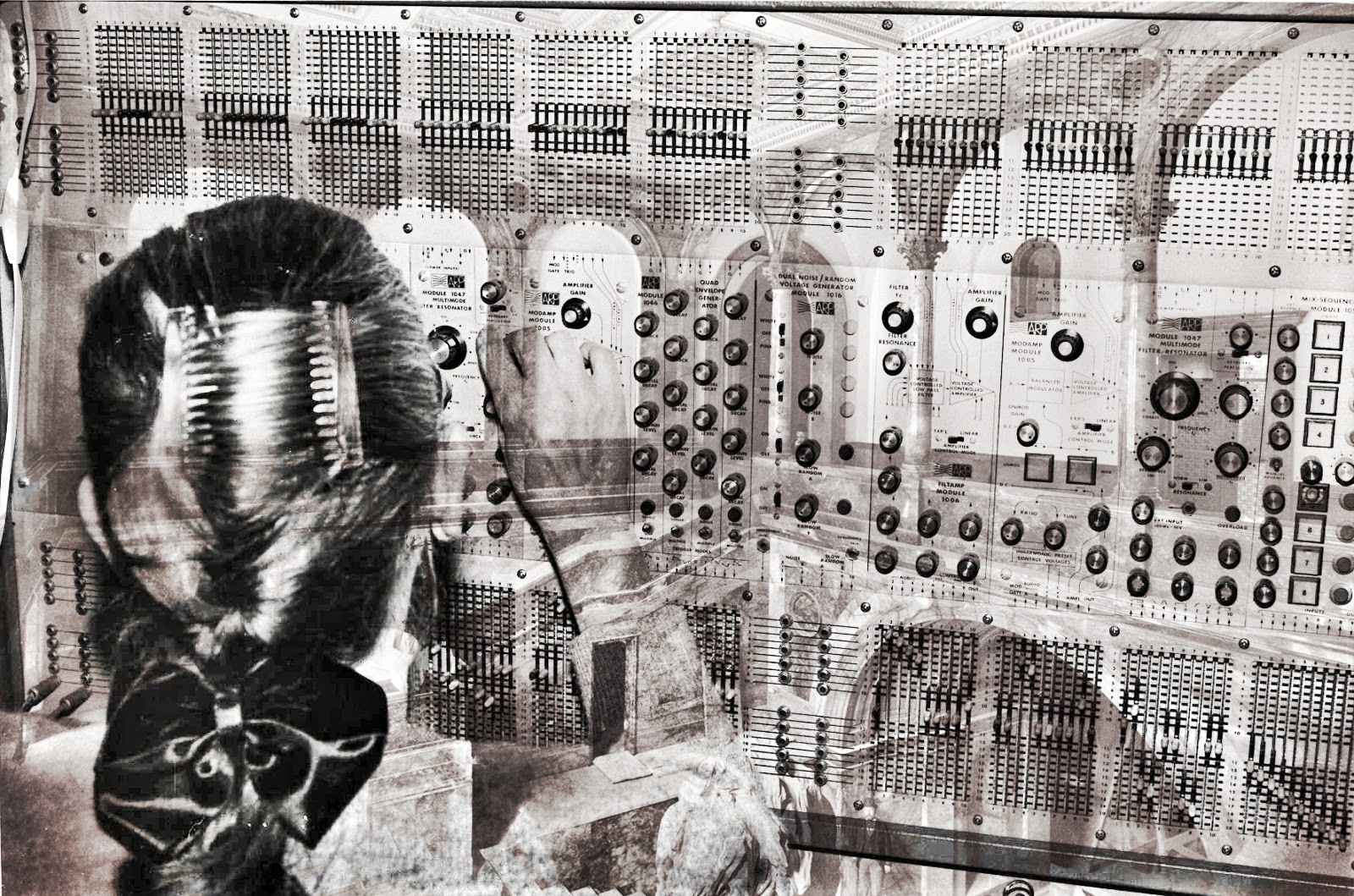 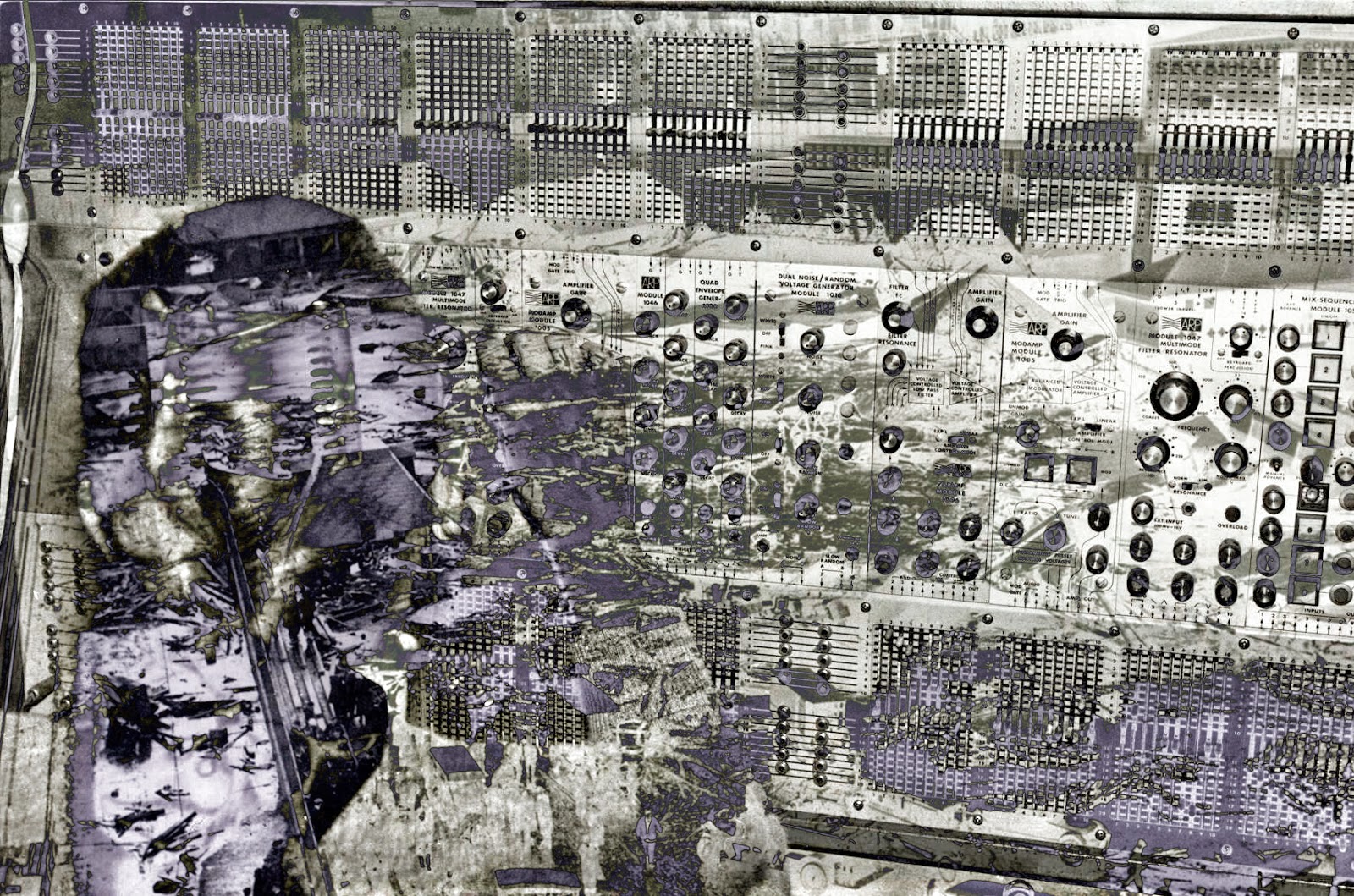 This edition of The Morning Concert features Parisian composer Eliane Radigue. Host Charles Amirkhanian explores Radigue’s background as a student of Pierre Schaeffer and Pierre Henry, her compositional technique involving synthesizers and tape recorders, and her life as a composer and Tibetan Buddhist. Radigue discusses the compositional and performing processes involved in her "combinatory" music, and explains how she has adapted to the lack of acceptance of her music in Paris. Radigue performs two pieces live in the studio: Chry-ptus and Triptych. This radio performance constitutes the world premiere of the first and third movements of Triptych. 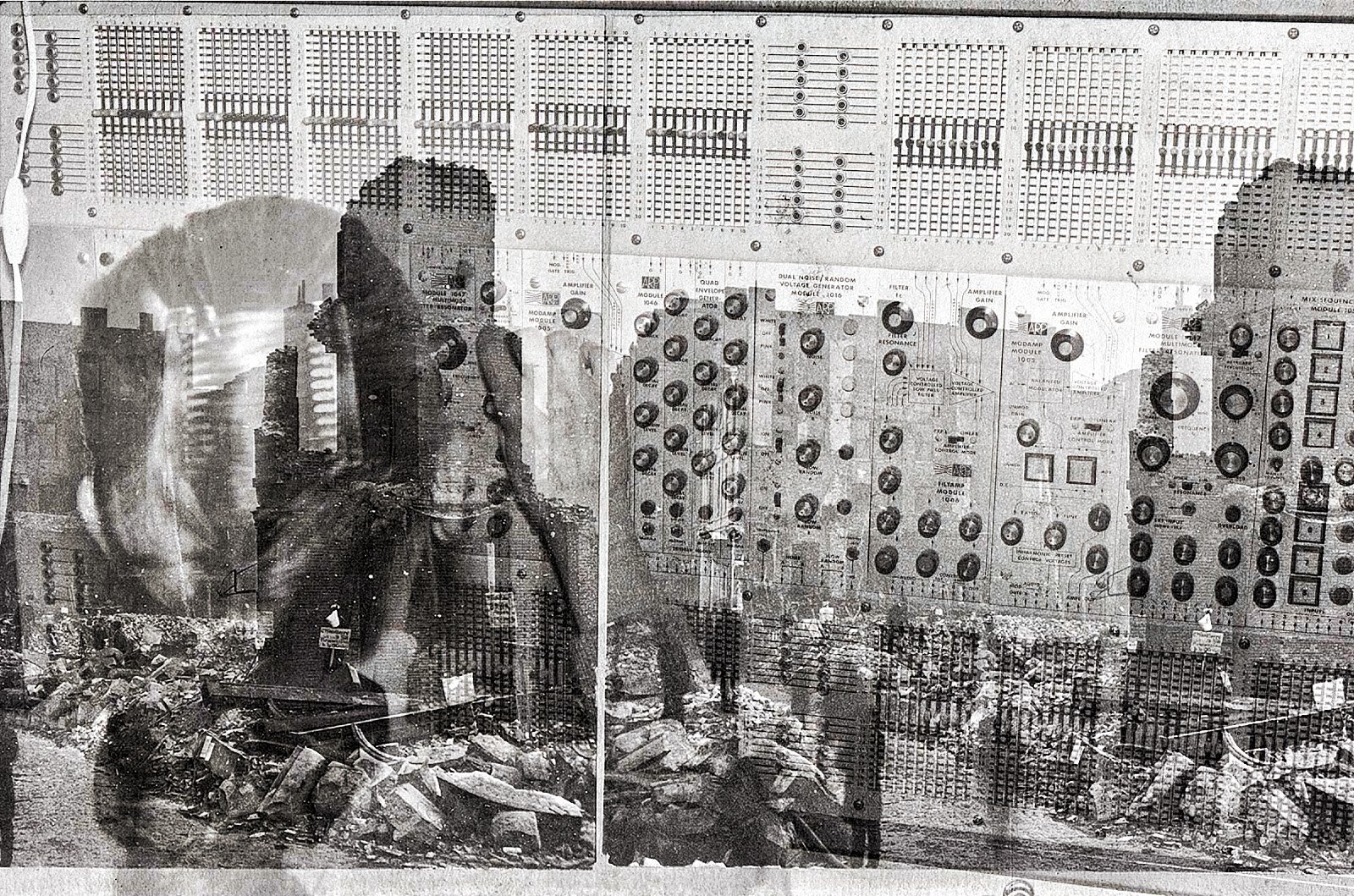 Radigue's long-term study of Buddhism is reflected in this meditative work - Kyema is exemplary of the composor's interest in synthesized drones. This work is the first piece in the Trilogie de La Mort,a three-part series based on the Bardol-Thodol, the Tibetan Book of the Dead. "Kyema" is a tibeten word referring to the state of surprise mixed with sorrow. 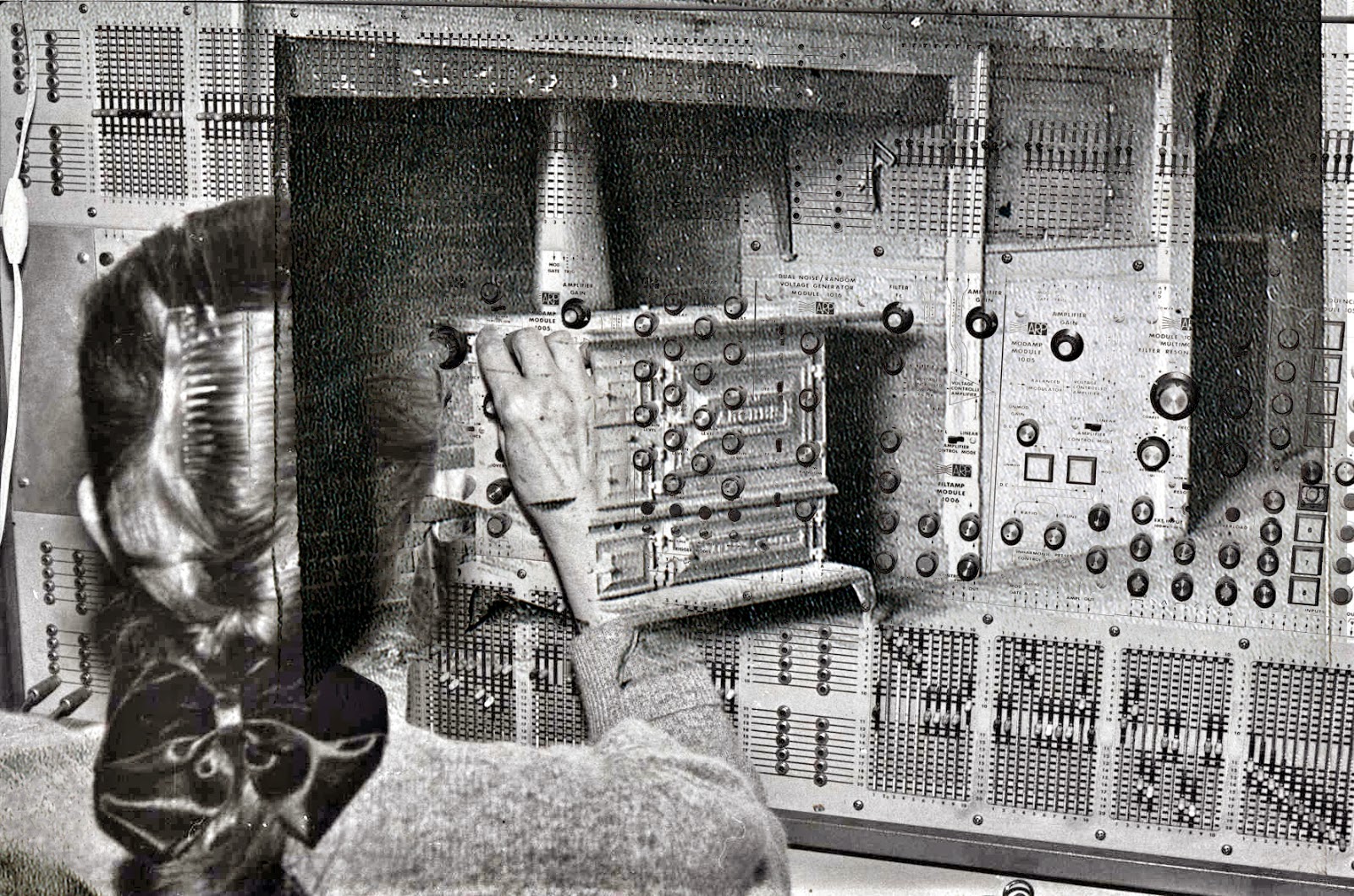 ELIANE RADIGUE was born in Paris, France. She studied electroacoustic music techniques at the Studio d'essai at the RTF, under the direction of Pierre Schaeffer and Pierre Henry (1957-58). She was married to the artist, Arman, and devoted ten years to the education of three children, deepening classical music studies and instrumental practice on the harp and piano at the same time. In 1967-68 she worked again with Pierre Henry, as his assistant at the Studio Apsome.
Radigue worked for a year at the New York University School of the Arts in 1970-71. Her music, its source an Arp synthesizer and medium recording tape, attracted considerable attention for its sensitive, dappled purity. She was in residence at the electronic music studios of the University of Iowa and California Institute of the Arts in 1973. 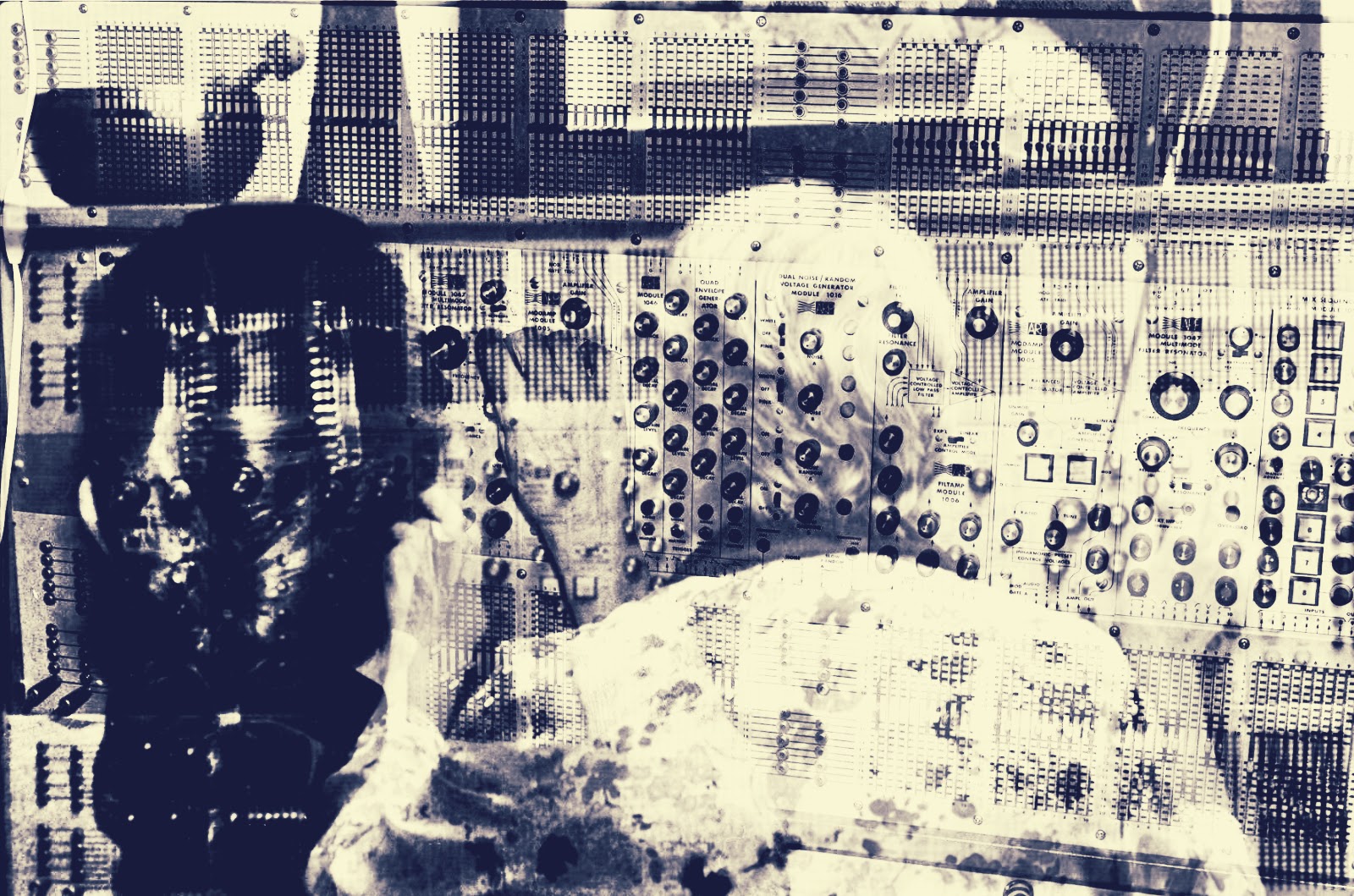 Becoming a Tibetan Buddhist in 1975, Radigue went into retreat, and stopped composing for a time. When she took up her career again in 1979, she continued to work with the Arp synthesizer which has become her signature. She composed Triptych for the Ballet Théâtre de Nancy (choreography by Douglas Dunn), Adnos II & Adnos III, and began the large-scale cycle of works based on the life of the Tibetan master, Milarepa.
In 1984 Radigue received a "bourse à la creation" from the French Government to compose Songs of Milarepa, and a "commande de l'état" in 1986 for the continuation of the Milarepa cycle with Jetsun Mila.

Notoriously slow and painstaking in her work, Radigue has produced in the last decade or so on average one major work every three years. Very recently, in response to the demands of musicians worldwide, she has begun creating works for specific performers and instruments together with electronics. The first of these was for bass player Kaspar Toeplitz, and more recently the American cellist Charles Curtis.

She currently lives in France, where she continues to compose electronic music and to study the teachings of the Tibetan lamas. 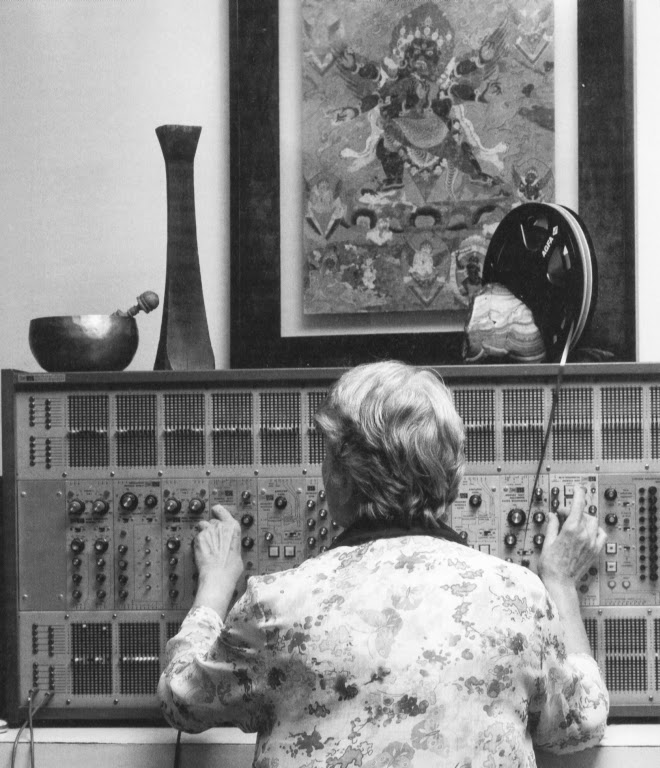 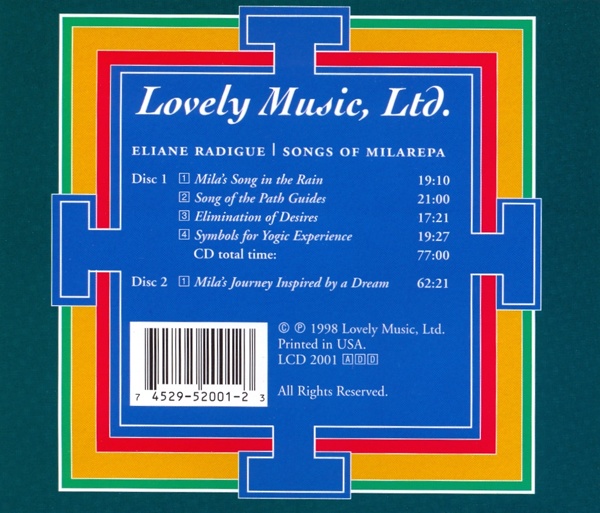