Interview with Wes Montgomery in Crescendo 1968 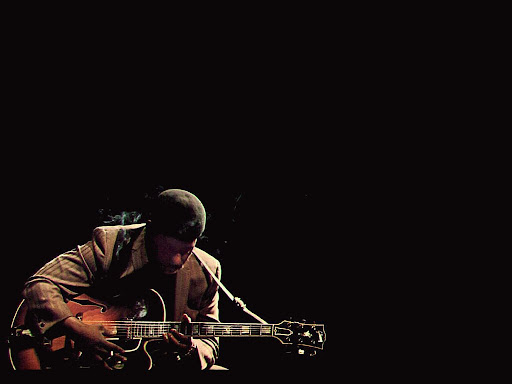 The first time I ever recorded with strings, I was very disappointed with the critical comments I got. I don't know what's wrong with these people, man unless they feel like music is nothing but hard sounds all the time. I mean, beauty comes in a lot of ways. To me that was the finest thing I'd done up to that time. If a person is going to be a critic, or a listener, you can't just listen in one direction only just like you can't hear one tempo all night long.

I've heard a lot of people say "Well, violins are pretty, but . . . ." You know, they're taking too narrow a view. For instance, Nat Cole, Frank Sinatra, Tony Bennett, any of those cats can sing a ballad and-whew! What's the difference? A ballad is a ballad; it's a means of expression for the individual that's doing it whether it's a trumpet; a trombone, a voice or a guitar. This was supposed to be a mood album and that's what it was. Sure, I've had to adapt myself to make these kinds of records. You learn more by adapting. When somebody has to adapt to you, you're not learning anything; they're learning it. But when you're doing the adapting, you find out more ways to do things.

Like, if you went and sat in with a group, and the guy says: "What do you want to play?" You say: "Oh, `Caravan'." "What key?" "F minor”. All right, now you've been playing it in F minor all the time. But if you say: "Oh, it doesn't matter; maybe they say "C." "Yeah, solid go ahead." Now, you play it in C – you know it in F minor and C. You dig? So, I think, over a long period of time you learn to adapt with music, so that you're not working in one particular vein, but in a lot of different directions.

With me not reading music, I can have trouble with the violin players. Everybody else on the date has music all over the place; I'm sitting there with the guitar. All they know is they've been called in for - the job; they see they've got ten tunes and they just play it down from the music. On this album, I gave the arranger - it was Jimmy Jones - the titles of the tunes. Then I sat down and played them to give him the keys. - I just wanted each tune to be in a different key; you find you have more contrast that way.

I was still working - in Indianapolis at that time, and I had to go back with my trio. When he'd got the tunes and the keys from me, he had three weeks to write all the arrangements. Then I would come in and we'd take two days to record. But after getting home, I started thinking. I really didn't know what direction he was going to write in. What concept is he using? Maybe I should have sat down and explained something to the cat before I left. By now he's got half of 'em written.

So I thought: I'd better go in a couple of days earlier and try to find out what's going on. In other words so I won't hold it up. I go in, and Jimmy Jones is giving me the outline on piano. Except that he can't play the whole section. I'm still in trouble. I said to him: "Look, I'll tell you what you should do. Just give me the places like, if I have to play the intro or the ending, or if you've got a special opening I'm supposed to do, that's all I want to know. Because these are all the number one string players, and for them to be waiting around till I got it that's out."

In a couple of places I found out that what seemed like gaps were not really gaps. They're laid for a certain reason; you'll hear one note from a celeste or maybe a staccato violin. In "Somewhere" there was a gap where somebody else was supposed to do something, but didn't, so I played instead and the funny thing was: when I heard it back, it sounded like a harp. But I knew I'd played it. We got through six tunes in a two- and-a-half hour session. People said it sounded relaxed, but it had my head kinda tight. I have a complex to know I'm sitting here and like, playing a guessing game, in a sense. Jimmy had said: "Now, on this one, we've got an eight bar intro; then you take it up to the channel; them we've got it in the channel, and you take the last eight. We've got a fourbar tag."

But, see, it's not as simple as it sounds. Because if I take 16 bars after the intro I've got to make it more than just a statement of the melody. So therefore I've got to play according to the structure of the chords that's in back of me. Which he can't explain to me; he can't say "I've got a cat over here doing a raised thirteenth" and so on. I don't know the chords from seeing their names on paper. I've got to hear it. By hearing it, I can get the idea. But just think I've got to hear it right there on the date, and make what I play fit in with what I hear. They don't have the time in the studio to run through all this so you can get the feel of it. So I've got to memorise when to lay out and when to come in; yet while I'm in there to make it fit with what's over here.

We talked about me taping my interpretations of the tunes before he did the arrangements but we didn't do that. You know, you can jam a cat's mind by imposing your concept on him. In order for him to feel relaxed, I've got to give him freedom to write the way he wants to write. Plus if I did play a set of changes beforehand, I wouldn't think that same way during the date. Because I'm not used to thinking in a particular way so I'd be bound to mess it up, anyway. I'd rather let him go on the way he's doing it. Because with the violins in the studio you can get the voicings of the chords which is just enough. You try to fall in between them.


I can even miss the intro a lot of times. Although it's a set intro of my own, as I'm doing it my mind is rejecting it and telling me to do something else. It's a thing with me. That's why I hate to have people say to me "Play that thing you played on the record." Regardless of what line you play say, every four bars you play a series of changes, the same series over and over every time you start back again, you can change that, and yet it'll fit the same series. This is jazz.

It's impossible for me to feel like there's only one way to do a thing. There's nothing wrong with having one way of doing it, but I think it's a bad habit. I believe in range. Like, there's a lot of tunes that I play all the time - sometimes I hear 'em in a different register. The same chord but I hear it up here. And if you don't have complete freedom, or you won't let yourself get away from that one straight line oh, my goodness, that's too horrible to even think about.


An interview with Les Tomkins
published in CRESCENDO Magazine July 1968 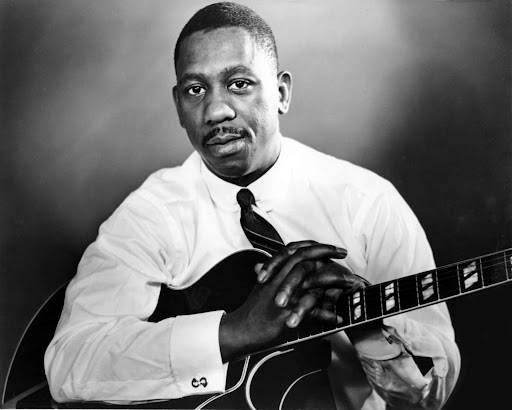