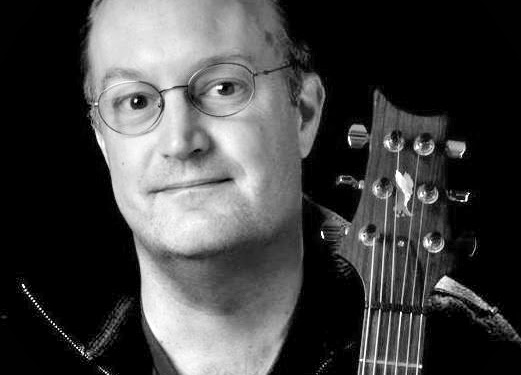 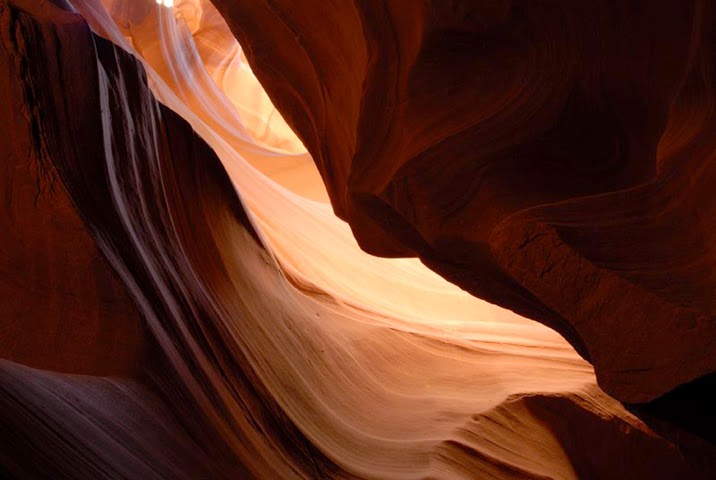 Jon attended Berklee College of Music in the early 80s, after having studied privately with fusion guitar legend and Emmy Award-winning composer Randy Roos. Jon bolted before long (too much jazz for his independent, prog-rock spirit), but has kept playing and recording with Roos to this day. 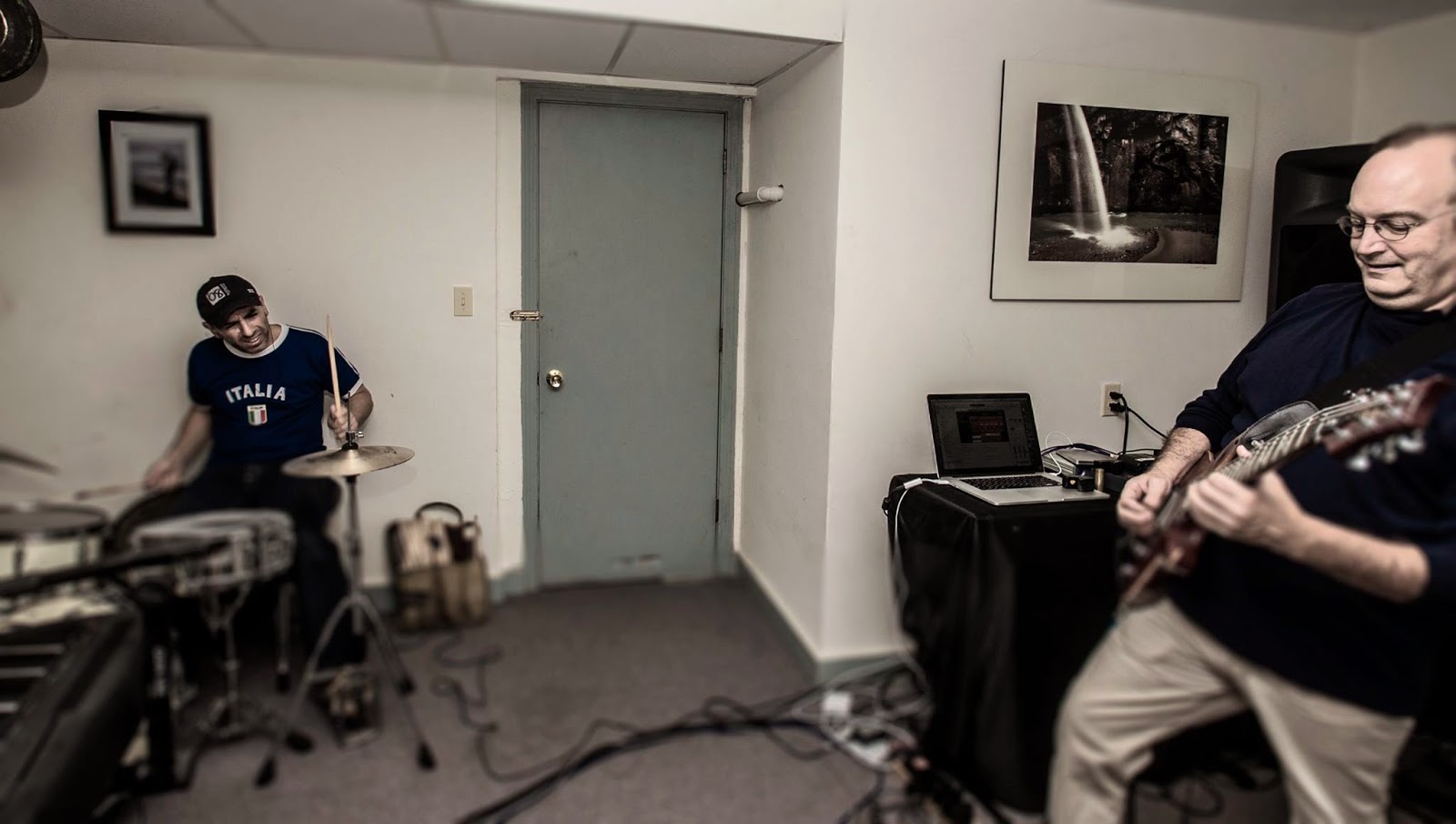 Post-Berklee, Jon earned a marketing degree from Emerson College and worked in HiFi for Nantucket Sound, NAD (electronics) and Atlantic Technologies (speakers). Later, as Marketing Manager at digital-audio innovators Lexicon, he handled artist relations and got his daily guitar-freak fix as the primary demo guy for the JamMan and Vortex looping/ morphing effects products. 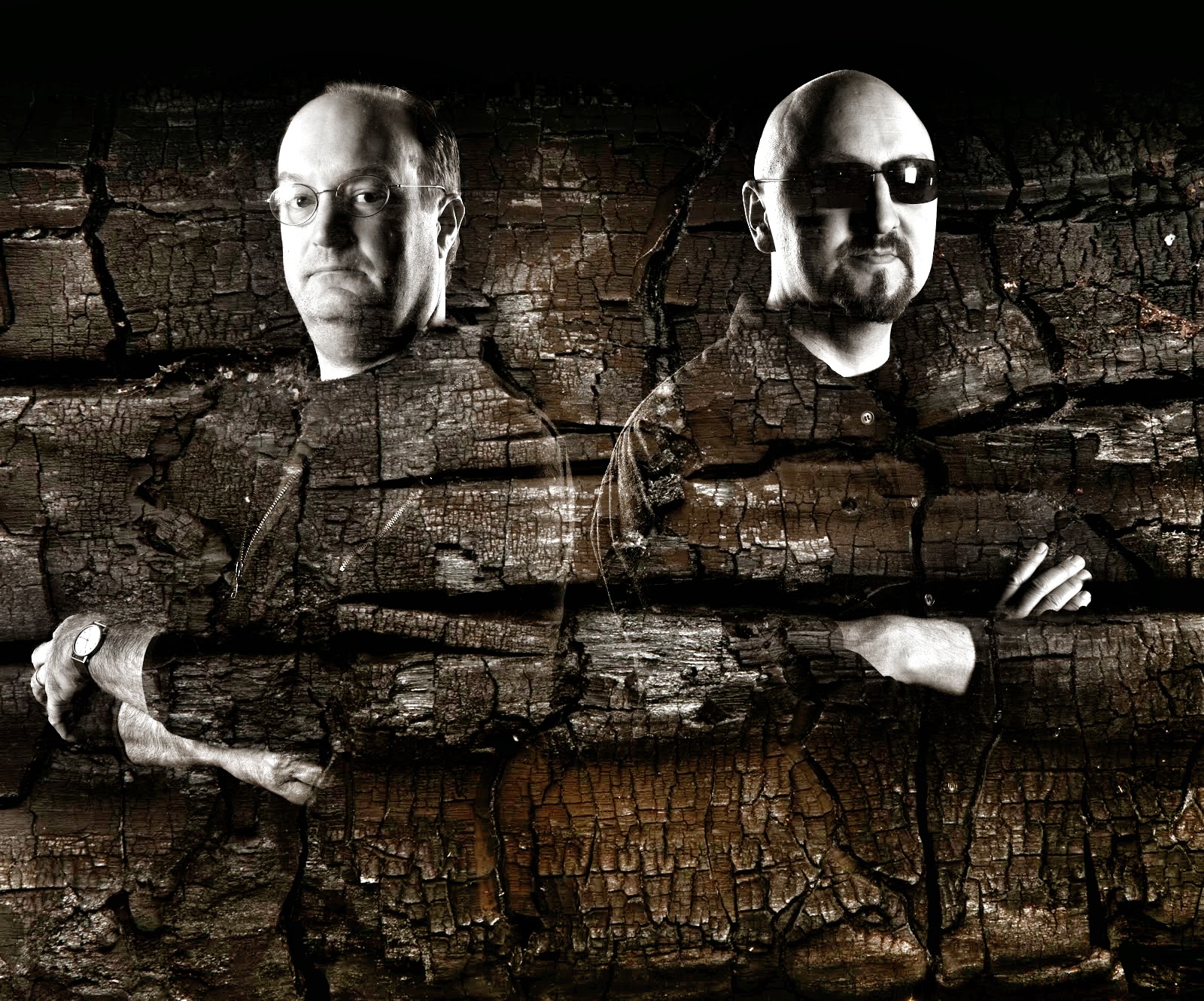 
After seven years his independent spirit kicked in once again. Jon dropped out of the corporate world to immerse himself in his own music. He started Alchemy Records in 1996 and has never looked back. In addition to longtime collaborators Tony Levin (bassist with King Crimson and Peter Gabriel), percussionist Vinny Sabatino, pianist Michael Whalen, and guitar/synth master Randy Roos, Jon has recorded with Colin Edwin of Porcupine Tree, electric violinist Caryn Lyn, percussionist Jerry Leake, New York singer/songwriter Porter Smith, soul singer Ray Greene from Tower of Power and many others. 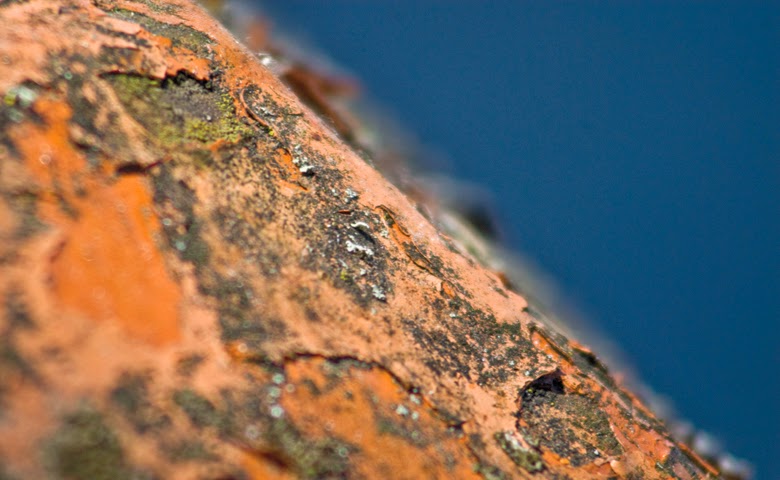 Jon now has a lot more time to play music with his two teenage sons. With Matt on bass and Harrison on guitar and keys, they do their own thing and cover lots of Porcupine Tree, Sigur Ros, Foals (and some Zappa, naturally). Jon has also collaborated on recordings with his brother, Lexington, KY–based Kingsley Durant, as well. The two briefly had a quartet in New Hampshire playing their own original jazz compositions.

I very clearly remember music being a prominent part of our house when I was growing up. For a little while when I was very young, my uncle (Peter Gammons, the Hall of Fame baseball writer) lived with us and introduced us to rock music. (The Yardbirds!) Then I heard Roundabout (Yes) and at that point I knew I was going to be a musician.

When I first picked up a guitar it seemed to come quite naturally to me. At 14 I began taking lessons with a great teacher, Jon Catler (microtonal guitar innovator) who really pushed me and introduced a lot of very cool musical ideas to me. At 17 I studied with the amazing Randy Roos, with whom I still have a tremendous relationship. He’s also an innovative player, early guitar synth genius, and also noted for his fretless infinite sustain guitar, built for him in 1977! The problem for me was always that I didn’t practice enough, that it came too easily. This became a problem later in life where you don’t have the grounding in chops-building.

The perfect instrument for me would directly translate my brain without the need for my fingers to intervene!

One of my other passions is photography. In the last several years it’s been a tremendous balance to music. When the music is quiet, the camera gets busy, and vice-versa. My album covers feature my photos, and I’ve done lots of other work with the camera as well.

Food is an enormous part of my life. This has sown up in some subtle ways but exploring different food cultures, and combining them has definite parallels to music, clearly evident within my work. Some of my  titles have direct relationships to food—“When In Doubt, Strain” (from Flood) is a reference to Thomas Keller. Rosemary (my favorite herb). Chateauneuf du Pape (wine).

I love to be immersed in the music. The feeling of completely being taken over by it, and having no ability to focus on anything but that music is something so special. When I first heard David Torn’s “Cloud About Mercury” I was driving into Boston, and a friend had just bought it and put it on. When we got to the solo on “Three Minutes of Pure Entertainment” I had to pull the car over—I simply could not drive!

First: that people might actually like what you do… It took a little side trip through the corporate world to make me realize that. I really thought people would think my music was simply too weird. Also, to go back 35 years: dude, practice more!

I really think the quality that a musician has that I feel most connected to is having a totally unique and recognizable voice. Whenever I hear a player that I can recognize with one note—any instrument—those are the players that I connect with. 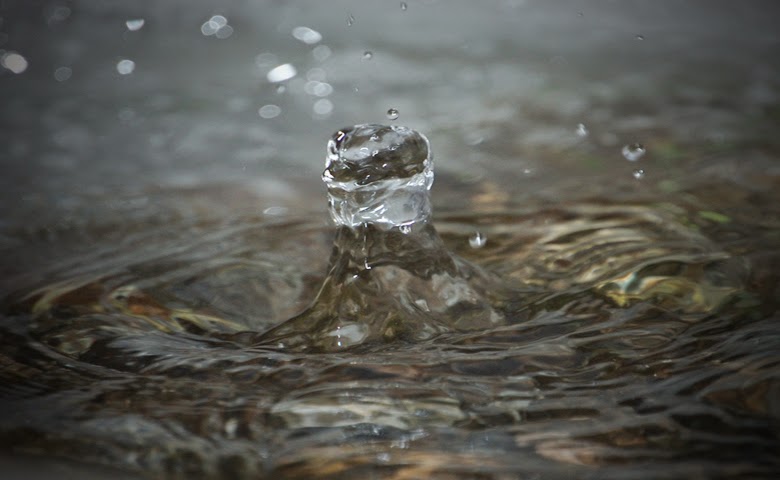 I was really hoping to work with Jon Hassell on “Dance of the Shadow Planets.” He was originally supposed to play on it, but the timing didn’t work out. I still hope we can pull something together one day. Percussionist Marc Anderson is another person I’d love to work with. Bassist Eberhard Weber.

At this point, making records seems a rather pointless exercise. There is an overwhelming sense that people have that music ought to be free. Certainly in the USA, this is the case. The problem is: despite the fact that technology has made it possible for everyone to make great sounding music at home, it still costs a lot of money to put a proper record together and get it out in front of people. Then there’s the live situation: now that the SuperBowl has announced that they are asking Coldplay to pay to play, they’ve opened the floodgates to another disaster. All the clubs in the USA that have been wanting to institute a pay-to-play policy now have the backing of the biggest event in the world. So now: it costs money to make records, money you’ll never recoup and now not only do you not make money playing live, you have to pay to do that too. Where does that leave us?

My primary guitars these days are PRS. I have a few different ones that I play, each with it’s own personality. Live, it will primarily be the red 20th Anniversary Custom 22 that I’ve had midi-fied. For effects, I use a Pigtronix Echolution 2 Deluxe, Infinity Looper and Philosopher’s Tone compressor. The new Eventide H9 has become my main effects processor. Live, I’m also using a Line 6 HD500 for amp simulation.

Every time I work with Colin Edwin, something really interesting and exciting happens. We’ve clearly got a very special musical connection, and it’s been really exciting to have it unfold. But the coolest thing may have been the band I had with my kids when they were teenagers, and just getting started. It was such a gas to watch them develop, and we played some pretty challenging stuff too, lots of Porcupine Tree, some Sigur Ros and some Foals.

The new Burnt Belief CD (Colin Edwin and me) is coming out on October 21st. We’ve got our live debut at Progtoberfest in Chicago on October 26th. There are some other plans in discussion for more US dates as well as Europe, so hopefully we can announce all of that soon!

In addition, Colin has a project with a group of Ukranian singers, taking traditional Ukranian folk songs and updating them in a modern context. I’ve gotten heavily involved in that, including having played festivals in Kiev and London. Unfortunately, the political situation there has temporarily put that project on ice. There’s a record nearly done, which hopefully will see the light of day soon. 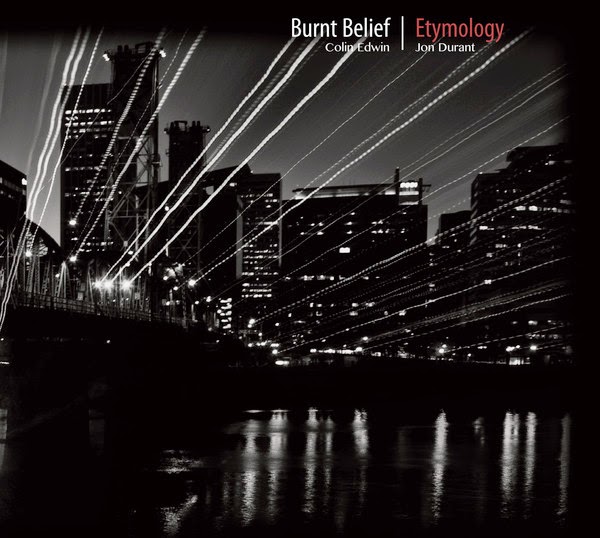 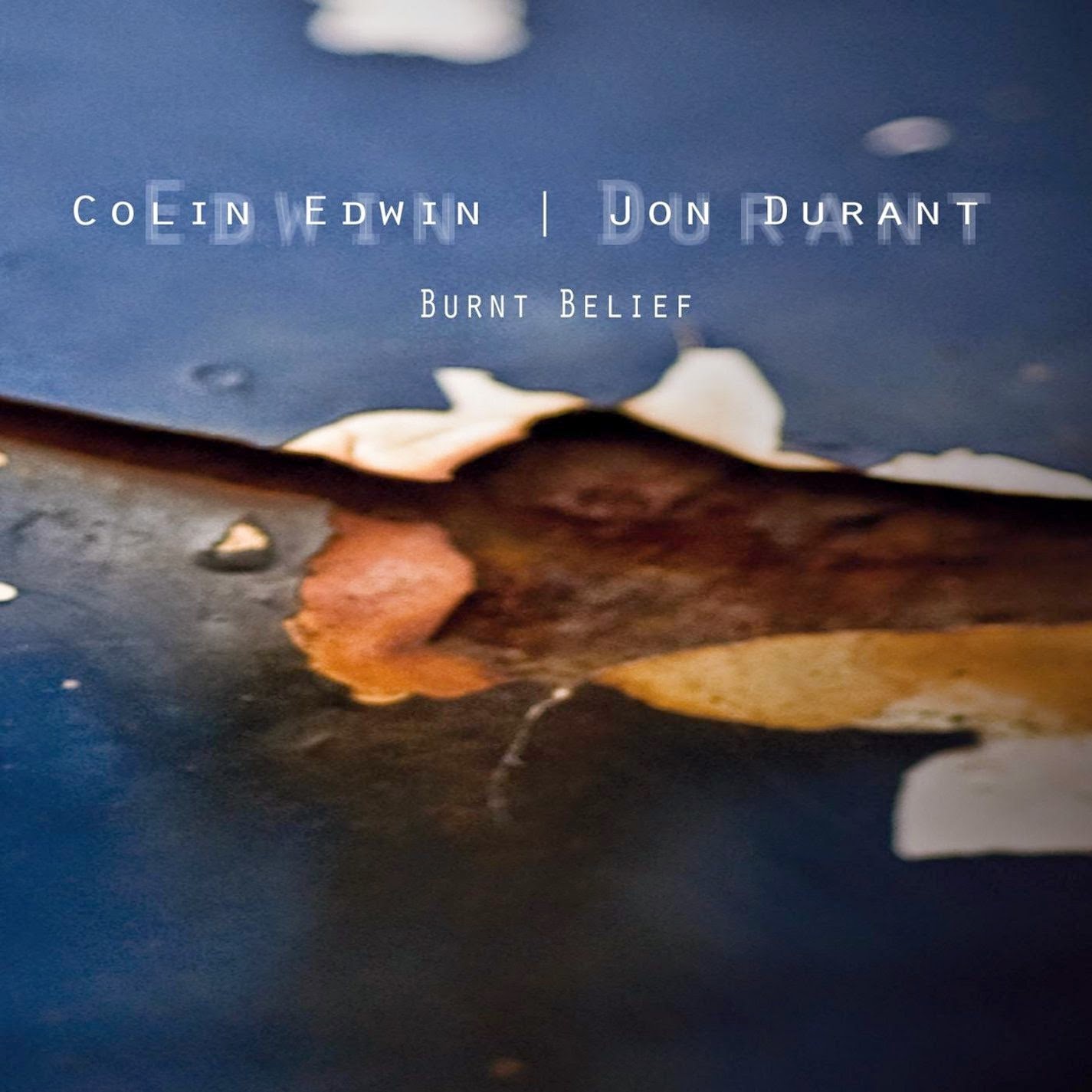 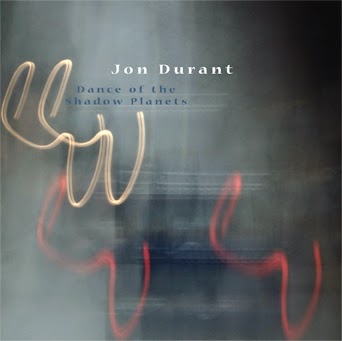 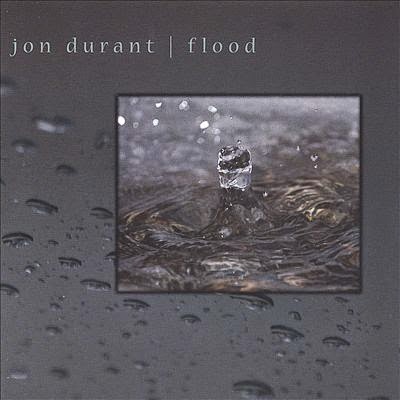 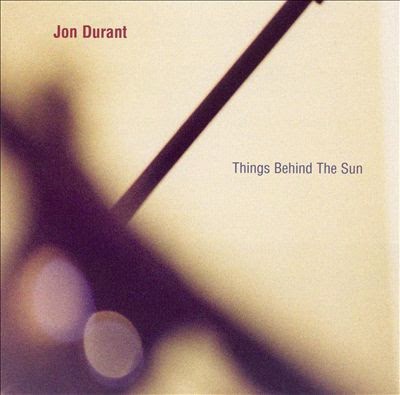 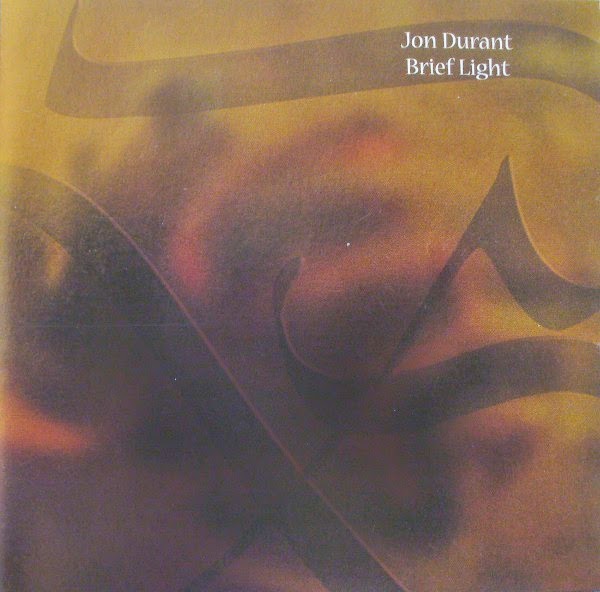 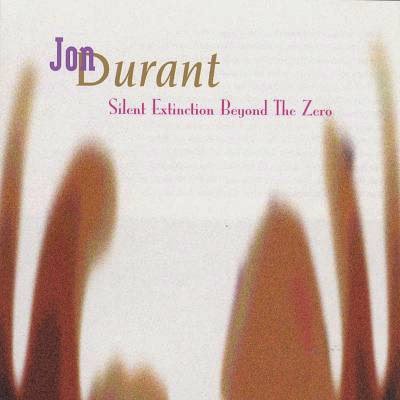 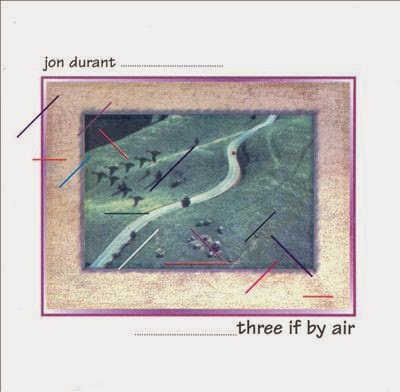 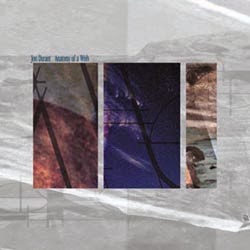