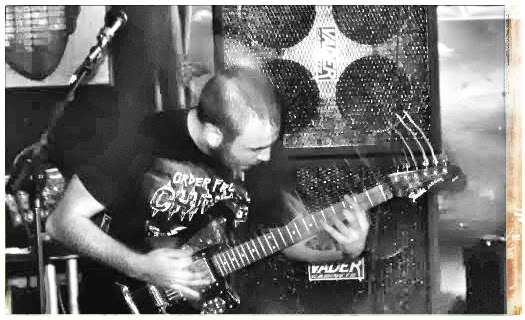 Andrew Hock is a guitarist who plays in metal bands, improvises, composes chamber music and writes long form solo guitar compositions. He was recently named one of the top 30 guitarists under the age of 30 by the Red Bull Music Academy.  He is a graduate of the New England Conservatory and studied, primarily, with Joe Morris and Anthony Coleman. 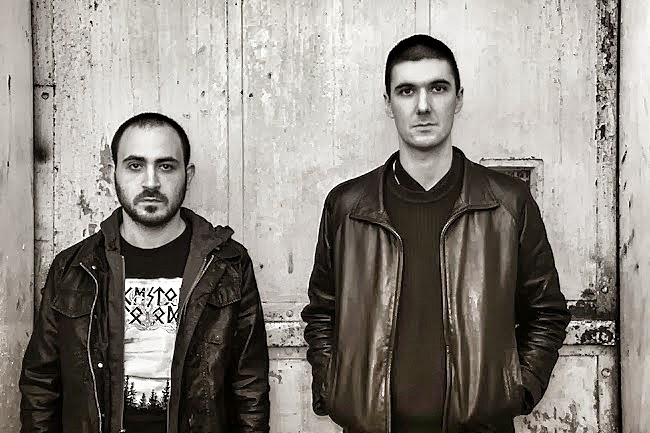 He has released two records with the recently disbanded progressive black metal band, Castevet, on Profound Lore records. He currently plays in the industrial tinged, dark, song-oriented metal duo with Charlie Looker, Psalm Zero, who released their debut record, The Drain on Profound Lore Records in March of 2014. He also is an active improviser in the New York scene and composes, performs and records  long form, loop based, melancholy compositions for electric guitar.

It was very small and white. I received it at the age of 4. I got the guitar and then asked my parents where the amp was. I would abrasively just hit it and pretend I was playing Queen and Iron Maiden songs.

My first recording experience was when I was 10 years old, in my basement, on a karaoke machine imitating my favorite black metal bands. My last recording experience was in Martin Bisi's studio, working with one of my favorite musicians and people in the world, Charlie Looker, and making a record I'm deeply proud of that I truly feel synthesizes our combined influences into a musical vocabulary that is fully our own. It was released on one of my favorite record labels operating today, Profound Lore.

I always took in theory and was always interested in pushing my technique as far as I could, but constantly trying to relate it back to composition and creating a distinct musical language. I transcribed a lot of really difficult music played on instruments that were not the guitar in college. That was crucial for me.

I'm not surprised by any of my work. It is all very intentional and I get back what I put into every project I'm involved with.


To express the ineffable.

I have one solo record recorded, which will be released sometime next year on a great new label, which should be announced soon. I have another one written which I will begin performing in late October. I'm not sure when I will record it yet. There will be a full proper debut of it at The Stone on January 17th. The differences have to do with interaction and collaboration versus solitude. I really love the collaborative process, whether it be in more compositional, band oriented settings or improvisational ones. Playing solo live can be a bit more nerve-wracking, but the process of writing these records and sets is extremely deep because no one else hears it until it is showcased publicly. I don't bounce ideas off of anyone. I just have to trust my instincts.


Why and how do you use personal [extended, special, strange, prepared] techniques on guitar?

I do a lot of stuff with intense bursts of feedback using extended techniques with Ebows. Otherwise, I am more interested in using already established techniques and combining them in ways no one else has. I don't do much as far as intense preparations. I listen to and admire a lot of guitarists who do, but at this stage in the game, it isn't really relevant to my musical goals.

My Fender Jaguar, a delay pedal, a looping station, an Ebow, a fuzz pedal, a whammy pedal and an amplifier.

I am currently working on new material for my solo project, in which I go under my own name. Charlie Looker and I are working on a bunch of new Psalm Zero material, which I'm very excited for. I'm working on some chamber pieces. I'm doing a bunch of great gigs with some very deep improvisers that will lead to some recordings. I'll be playing with Jeremiah Cymerman, Mike Pride, Matt Mitchell, Brian Chase, Jamie Saft, Balazs Pandi, Charlie Looker and Leo Svirsky in various combinations at some great venues in the next 3 months. I have some other collaborative projects in the works that are very exciting, but I'm not at liberty to discuss or announce anything concrete about them yet. 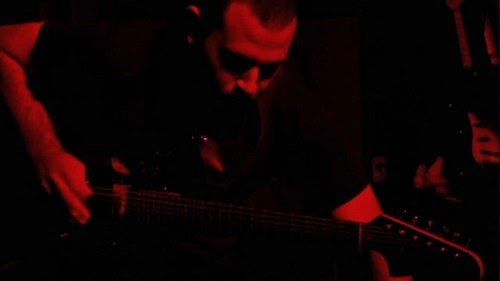