At the age of 14 Manuel Kinze aka Mano Kinze, learned classical piano playing, but suited him gradually improvisation patterns of the blues. Beside he taught himself to play the guitar. At the age 18, Mano discovered the enthusiasm for Strings Instruments and music of various cultures of the world. He project, invent and build musical instruments like doors which paved him access to free sound design and play. 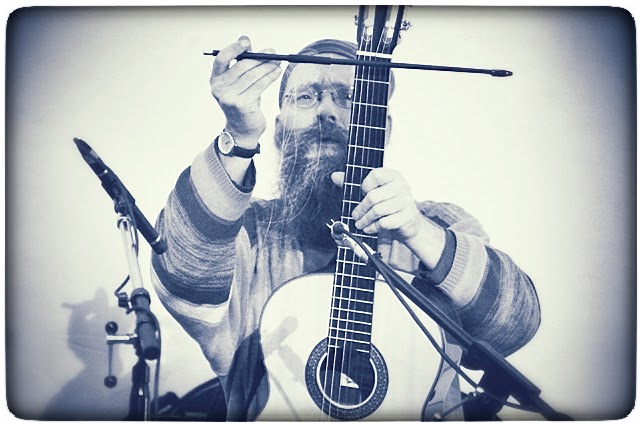 By the year 1995, he played in various blues and folk music ensembles. Parallel Manu worked closely with his old love, jazz and improvisation. Through a meeting with the Chinese string virtuoso Xu Fengxia Manuel came up in contact with the traditional chinese zither Guzheng, which was next to guitar and voice as his third major instrument. His preferences in free improvisation include like tools the Guzheng [brandies and deleted), acoustic guitar (brandies, deleted and taps), overtone and undertone. He was and is still on the way.

At the age of 4 my father taught me how to use a harmonica. From then, my first guitar was a concert guitar, a Suzuki.

Whats the last guitar you've bought and why?

The last guitar I paid for has been an EKO , archtop, manufacturing date 25th june 1963 which I obtained two years ago. I simply bought it because I was born on the same date. In the following year of 2013 I didn’t buy another quitar but instead I’ve built one. I did everything by myself except for the neck which came from a Roger archtop. During the process I achieved exact and unique knowledge of the instrument. It really was a dream coming true for me.

The first record I bought was The White Album from The Beatles. The last one was Cymerman, Jeremiah / Evan Parker / Nate Wooley: World of Objects.

From an objective point of view: No matter what kind of music it is it should be authentic and honest, And when I am being subjective:  that does not mean that the music will also like.

In ad hoc sessions when musicians either don’t know each other well or haven’t played together for a long time there is the possibility for things happen that are not predictable. I am always deeply fascinated by the following interactions. That’s what I like really much and I'm often very surprised by the results.

Well I think that’s complicated. To be completely honest I don’t think it’s the traditional schooling of techniques and the perfection of those is what matters the most.  Personally I think it is more important to focus on how creative these techniques are applied. Autodidacts for example are known for forming their own special technique and of course there is this exceptional creativity in the main focus. I do not know what else to say. May you be a professional or an amateur.  Creativity is very important.

If a musician is able to listen and communicate with others. And I really appreciate humility and an open-minded attitude in an artist.


How would you define silence? and noise?

First thing about silence: In reality there is none. You could say silence is the phenomena that occurs when all other sounds disappear. But as we know even nothing is something. It’s also all relative. Try to eliminate every sound but there will always be something in the void which will instead get louder.  A noise perhaps caused by the frequencies of the elements or an unknown distinct organism.

It’s one important way to be myself. I think one of my secret influences are the things that you can’t grasp on a cognitive level and which are coming from a transcendent background.

I like painting. The best words to describe what I create are abstract, collage and action painting. Here I have my own plants.Also I do appreciate character dance a lot. last year I was allowed to accompany a public reading with the guitar.

If you could, what would you say to yourself 30 years ago, about your musical career?
What is some valuable advice that someone has given to you in the past?

Try to find you own language and be yourself.
From time to time play slow, make brakes and play silent.


What's your best musical experience? What does the future hold?

To feel that there are no expectations. That I should do certain things in certain moments:
Everything is open. 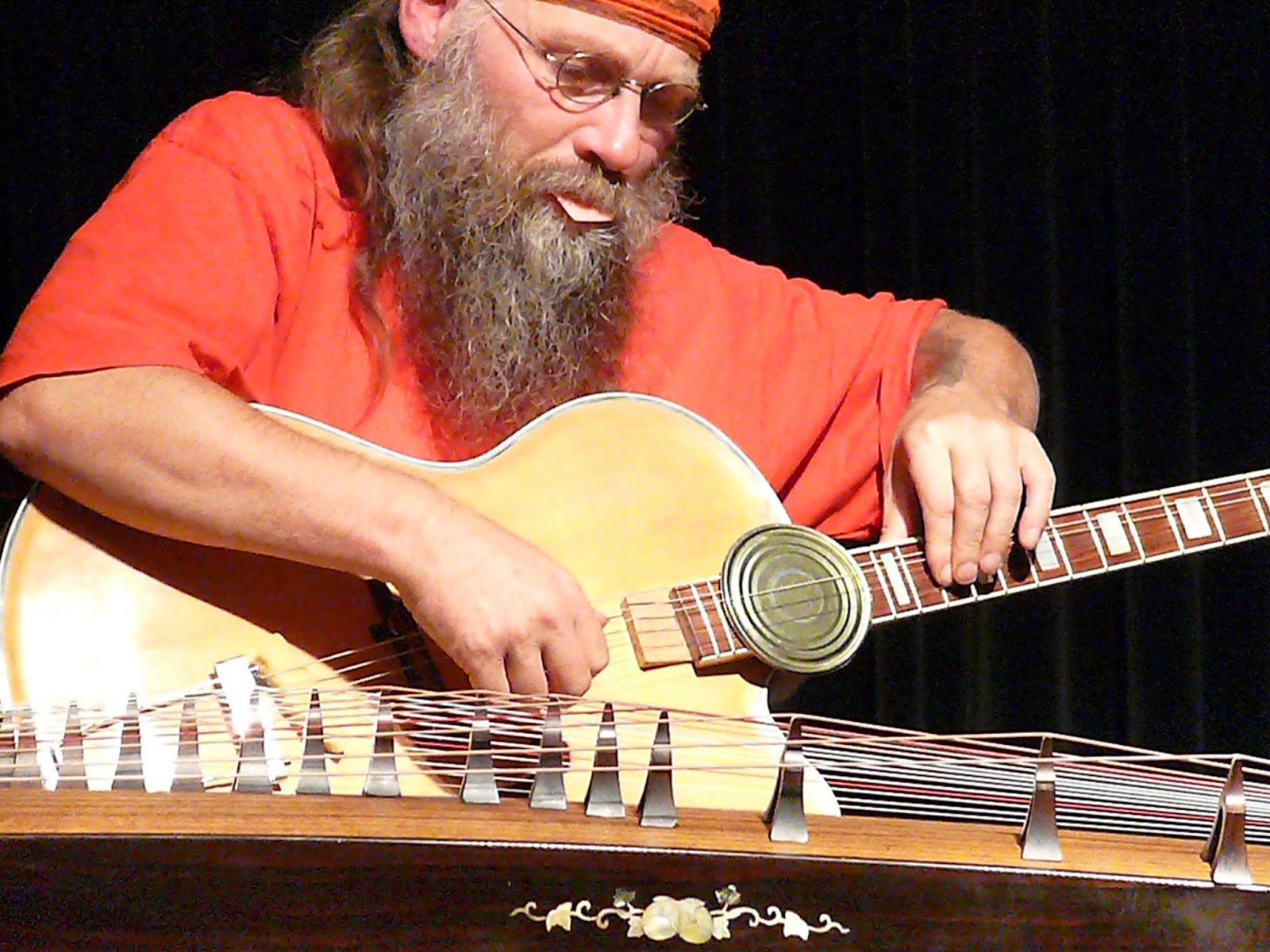 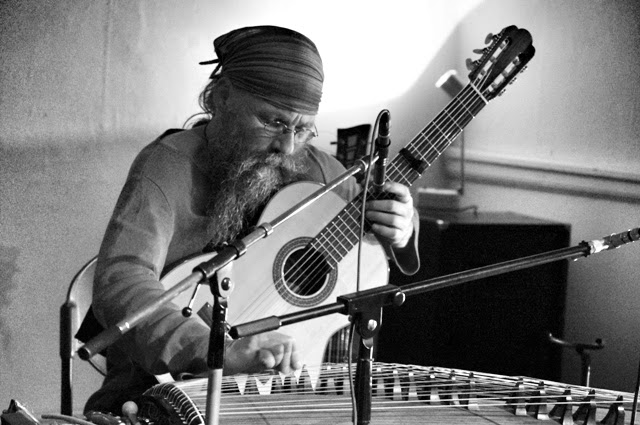