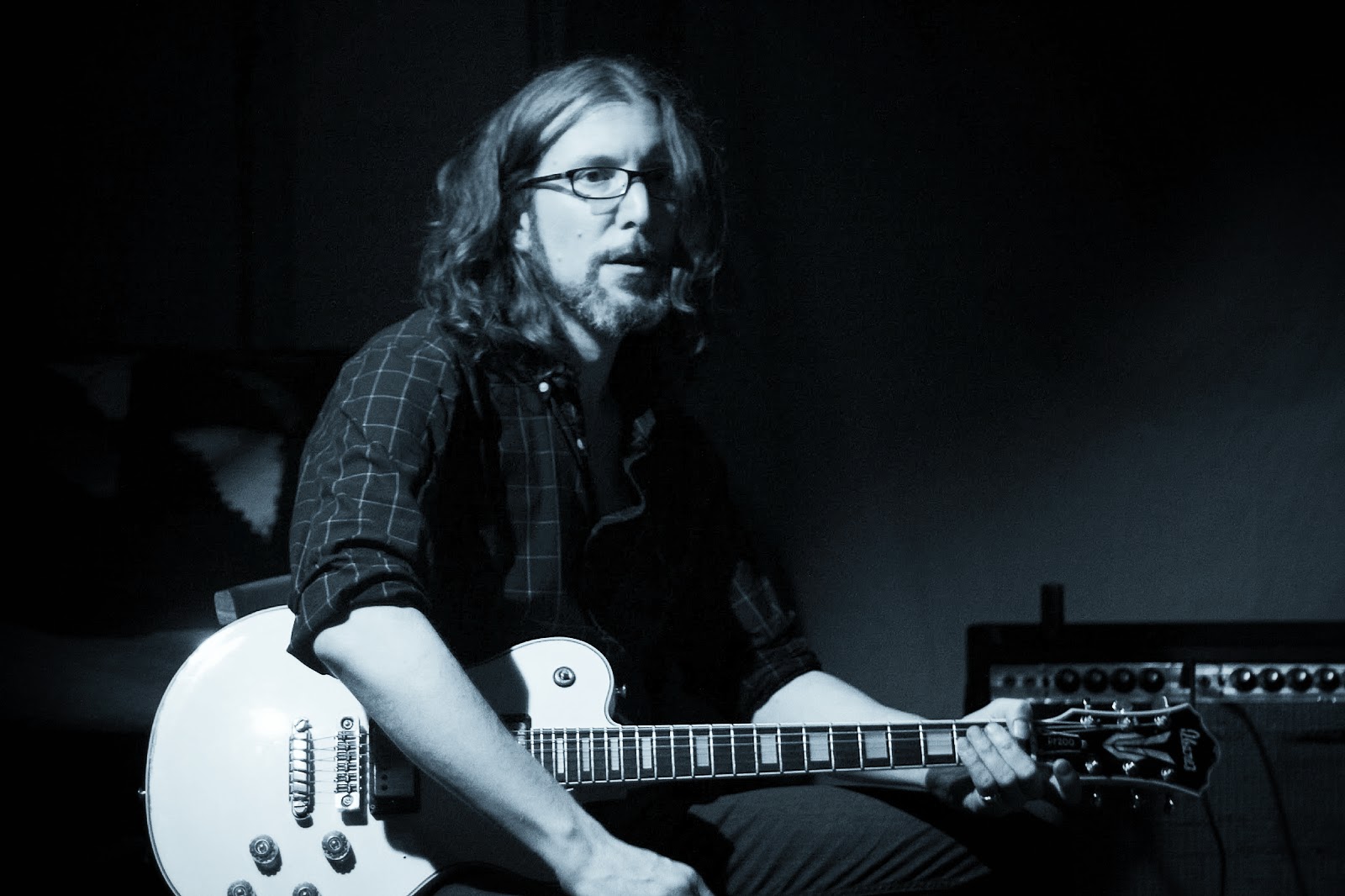 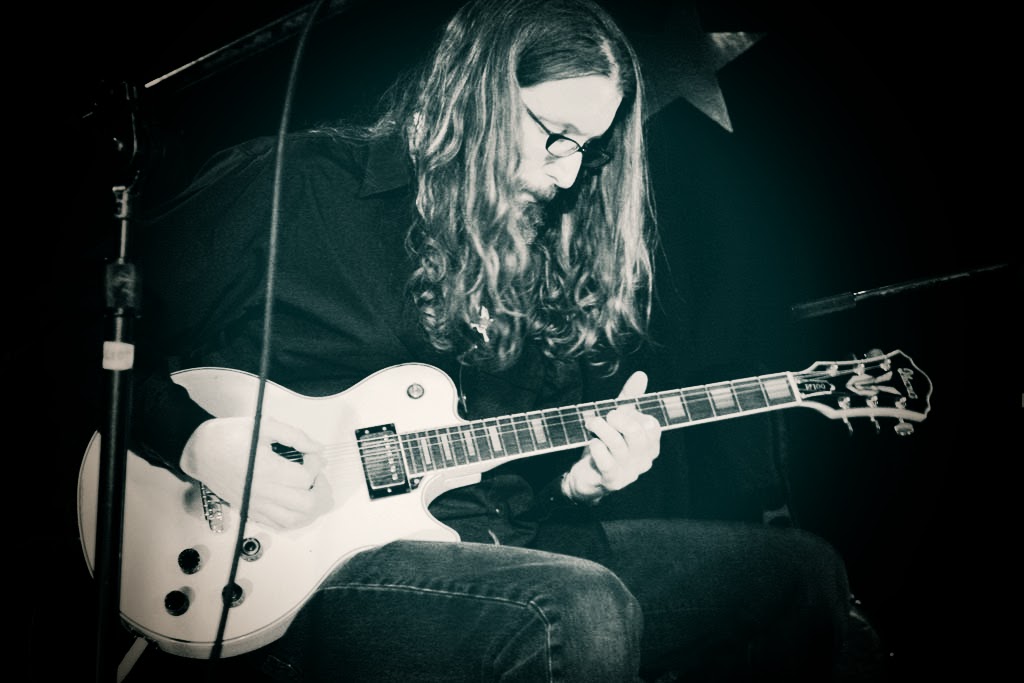 Although best known for his work with iconoclasts Charalambides, which he co-founded with Christina Carter in 1991, Carter has recently focused on his eponymous duo with No Neck Blues Band co-founder Pat Murano; Sarin Smoke, his duo with Pete Swanson; and his solo performances and recordings, which have increasingly featured visual components - including collaborations with filmmakers Martha Colburn and Margarida Garcia. Currently, Carter is preparing two solo LPs for release in 2014. 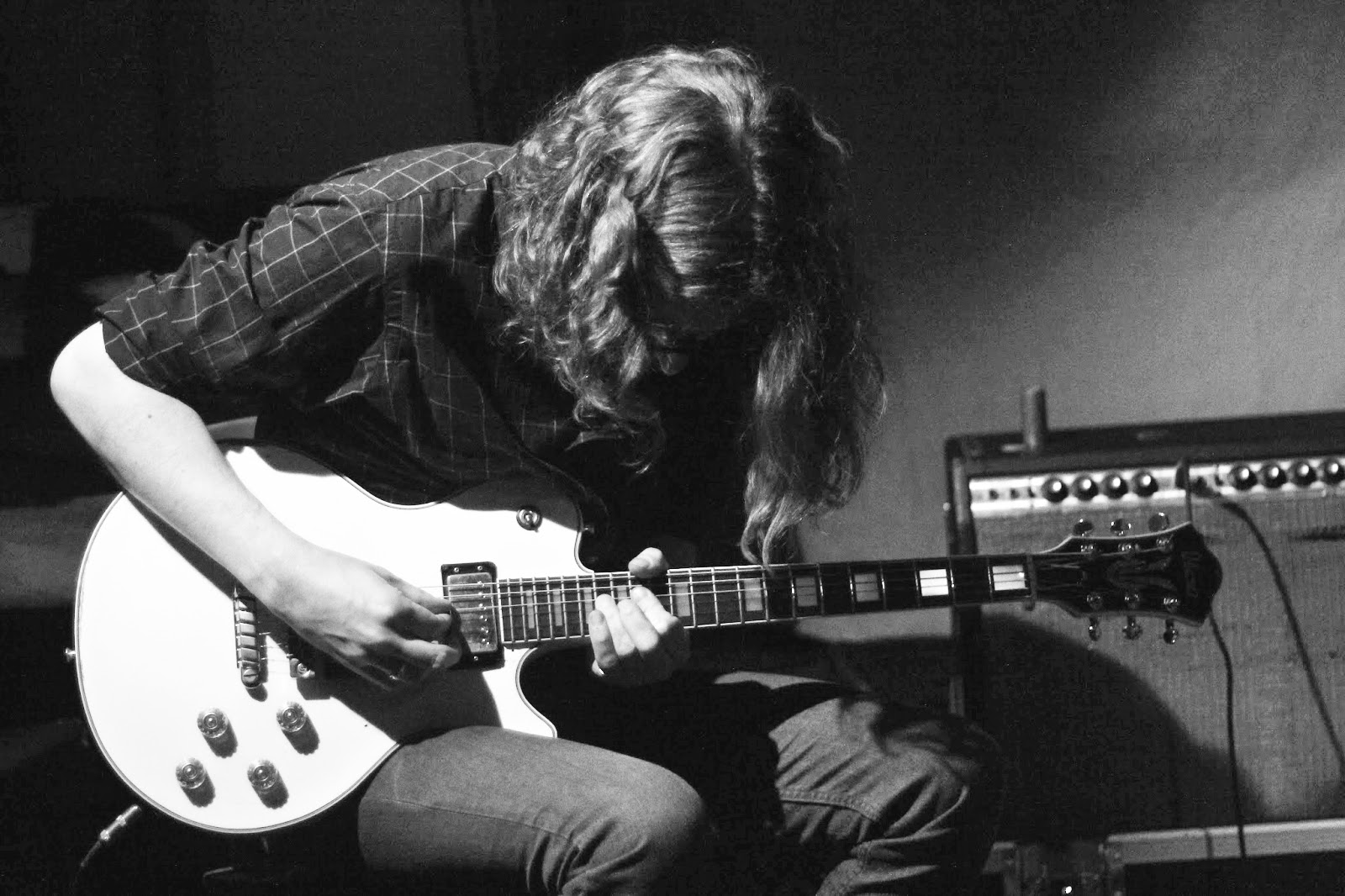 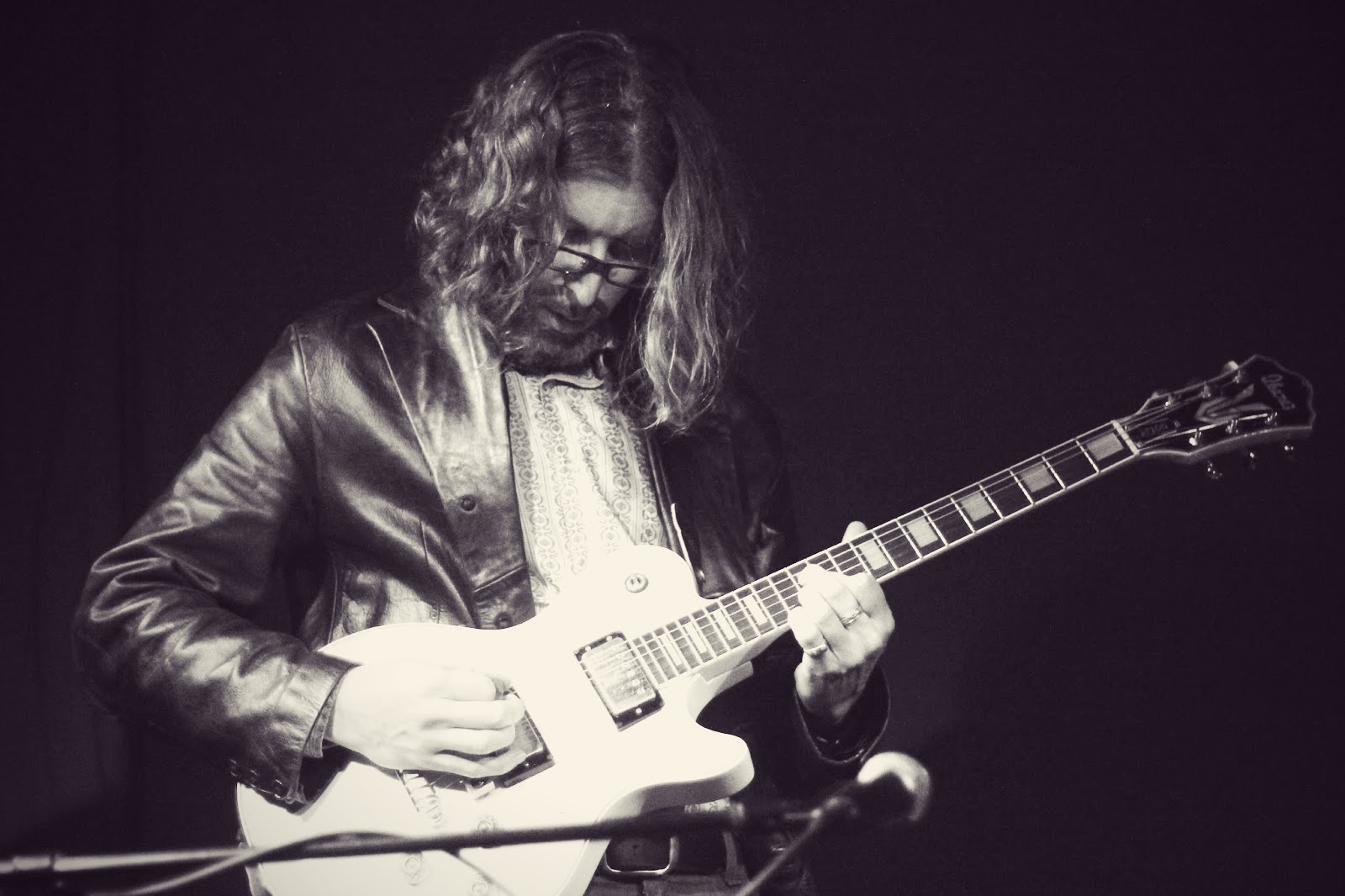 Born barely south of the Mason-Dixon line, and just in time for the Summer of Love, Tom Carter led a decidedly non-hippy existence being shuffled around various farm and mining towns in Maryland and Ohio by his newspaperman father, before finally making his way to Texas in 1985, just in time to watch all the good hardcore bands die. Already obsessed with American pre-punk and British post-punk, Carter dove into the lysergic musical waters of Texas with both feet, augmenting his guitar skills with unreliable instruments, cranky analog electronics, and disintegrating practice amps. Over the ensuing decades, he refined his evolving ideas of tonal immersion (and the quest for the perfect fuzz tone) into a layered sonic toolkit of rough beauty. He now lives in New York City. 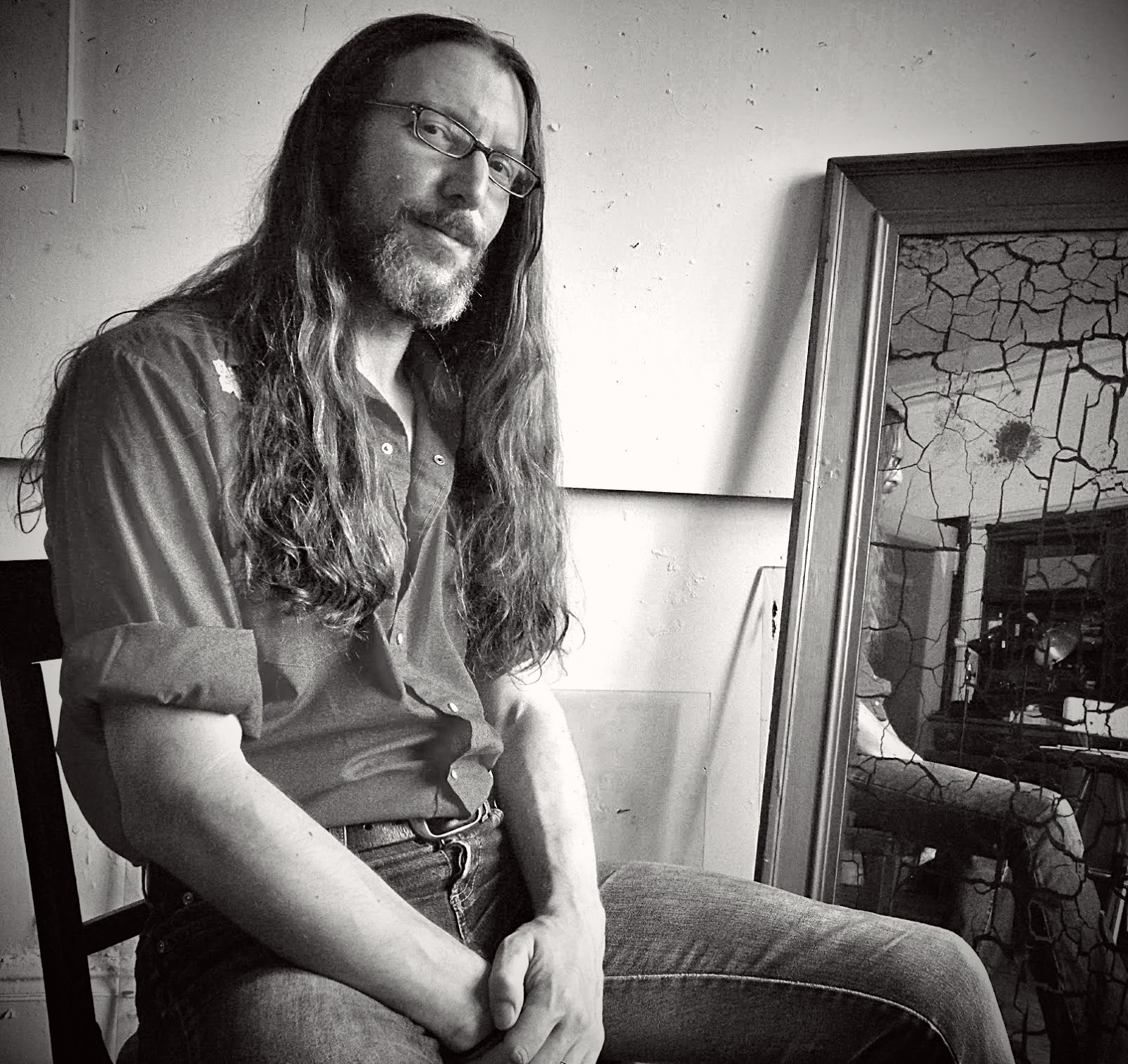 Driving through the night on the way from Maryland to Ohio looking out at the stars while my dad shuffled through AM radio static. Spinning my sister's copy of Hey Jude, which skipped endlessly on one of the "nahs". Hearing the junior high school orchestra struggle through a sweeping major-key motif, fucking it up massively, and still sounding beautiful.

I discovered at 15 that I could learn every Joy Division song without picking up a chord book. That led to jamming on Pink Floyd, Beatles, Rush with friends, learning how to play a D-suspended chord (described by my friend, much more advanced at the time than I, as "D with a thingy.") Having the guitar store clerk come over and physically turn off my amp as I was experimenting with delay feedback; tuning every string of my electric to the same note & strumming away while the entire floor of my freshman dorm stood outside my door screaming. Realizing I could just as easily do all that in public.

My first guitar I accidentally smashed while I was making fun of KISS, a band that I hated, and who to my knowledge were never actually known for smashing instruments. For some reason my parents got me another one, along with a chord book, and since I'd already given up on the saxophone (which I'd played all through elementary and junior high school) I figured I might as well learn to play the thing.

Live collaborations with Loren Connors, at Union Pool and Issue Project Room in 2013.

Playing with Loren is always surprising. Before I got on stage with him, I mistakenly thought that he would occupy his own territory so authoritatively that I would have no choice but to bang on the door and hope I could get in (a impression that was reinforced by a trio I played with him and Marcia Bassett years before this) -- but it turned out I just wasn't listening hard enough. In fact, Loren is a microscopic listener, but his moves are so deep within his tonal pocket that it's difficult to tell at first what exactly is being reflected back at you. Playing with him requires tossing out whatever playbook you tend to consult, and whatever notions of action and reaction that guide your improvising.

The first time I played a duo with Loren, all my effects broke down, no sound was coming out of my amp, and in sheer panic I plugged straight into a Fender Twin that happened to be on stage. A Twin is a very loud amp, and Loren plays very quietly; I had to turn the Twin essentially to zero, a quiet, dry and empty sound. I was also totally out of tune and ended up detuning every string and fitting in where I could. I don't think it was so good, both aesthetically and technically (as in technology, not technique), but after years of trying to consciously steer every sound on the fretboard into a proper tonal roadmap, the fact that we succeeded at all was revelatory. 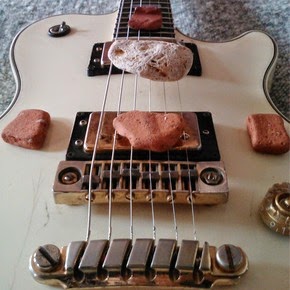 At Issue, it was the exact opposite -- we glided together without obstacles, instruments tuned to each other and our own intentions, flowing into a stylistic landscape I haven't heard either one of quite enter before or since.

My deepest roots are 70s rock radio, back when it was still somewhat freeform (or at least when you could still find freeform programming late at night with a little searching). From there it went to learning the songs. Moving around a lot as a kid, which implanted the desire to draw attention to myself while remaining semi-anonymous, the perfect outlet for that being live performance. 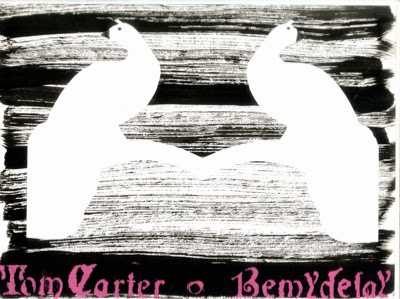 People: after all these years, I'd still say my fellow Houston musicians of the early 90s like Dry Nod. Christina, of course, since we guided each other through so many aesthetic labyrinths and epiphanies.

My secret literary influence: Dhalgren by Samuel Delany, which I read when I was 12. Earlier, Big Bird's Blunder Book, in which one learns the dangers of stacking big things on top of small things.

In formal works, a sense that there's a creation of something self-contained, self-sustaining, or that challenges the authority of the forms that have come before it. In personal works, a sense of exploration into one's own psyche, or a claiming of parts of one's self that have been "othered" by one's own consciousness or by the oppression of norms. In both, a sense that the creator doesn't quite know what she's doing and doesn't give a fuck what anyone else thinks.

Tour more while you're younger. Don't be afraid to reach out to your 'idols' because many of them will be dead before you have the chance to meet them. Write more letters (real ones, not email) to those who you actually do manage to contact.

Lastly, all those shitty songs you wrote in college will come back to haunt you in the shower when you hit 40.

Sound, like cinema, is a linear-access model, no matter how much people try to make it otherwise. Therefore it (also like film) is locked into temporality. I think this allows it to stretch or expand time perception in a way that painting (for example) has to accomplish in more subtle ways, in a way that's less abstract, more experiential. There's something epic in its transcendence, or its sleight-of-hand, depending on how you view it. I have a vague sense of time when I'm playing, based on years of dealing with my own internal rhythms and compositional tendencies, but it's very meta- and self-conscious. As far as playing goes, time tends to disappear.

I don't experiment with time in my music so much, sound is just happening or it isn't. The only real conscious alteration going on is a desire to spread things out and allow space -- in other words, not to rush anything.

Dead, Jordan Belson or Paul Sharits. Living, Jeffrey Perkins (though he doesn't know that yet).

Don't grip the neck too hard. Put the wah before the delay and after the fuzz. Wide horizontal tremolo can disguise a slightly out-of-tune note (Neil Young and Albert Ayler taught me this, albeit indirectly.)

An over-abundance of "rediscovered" genres (either self-defined around the time of their inception or invented in hindsight by would-be journalists and marketers) mirrors a diminished number of musicians devoted to creating a unique aesthetic. Singularity is no longer valued except for its novelty. The result: most musicians purchase styles off the rack and shed them when the next season's line comes along.

I'm finalizing details for a pair of Charalambides reissues as well as for my next solo 2-LP on Three-Lobed Records (which is meant to be part 3 of a 3-LP trilogy I started with The Dance From Which All Dances Come and continued with Numinal Entry, my current release on Halatern, etc). I have a couple more collaboration LPs for release this fall or early next year, including a new Spiderwebs LP which will also feature Houston guitarist Ryan Edwards.

My next project is a system for compositions and/or guided improvisations to be based on the works of an influential but obscure California artist whose name I probably shouldn't mention yet. That system will form the foundation of my next solo LP, which will probably come out in 2016 at this rate. 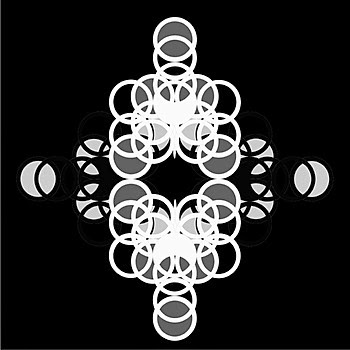 The Dance From Which All Dances Come (LP, wholly other, 2009) 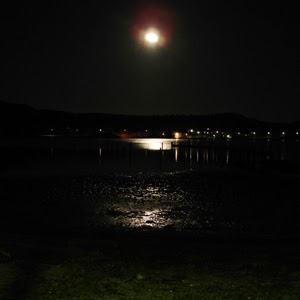 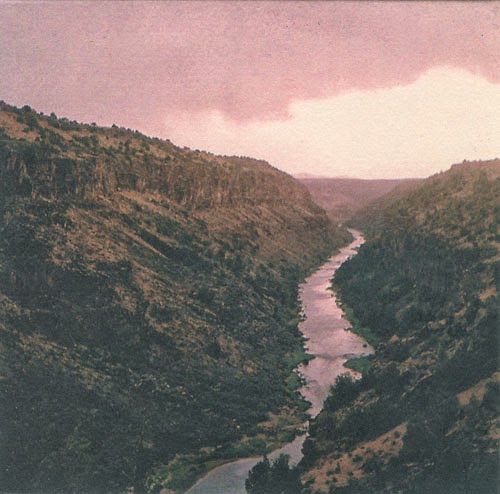 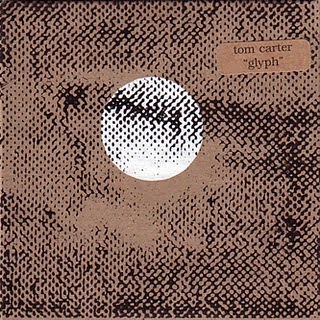 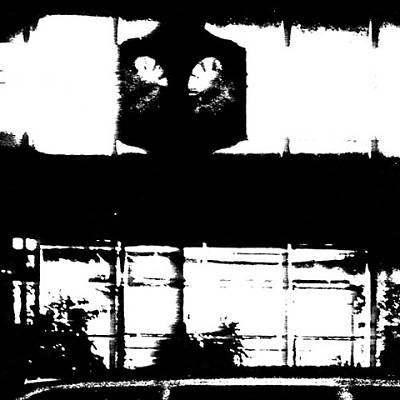 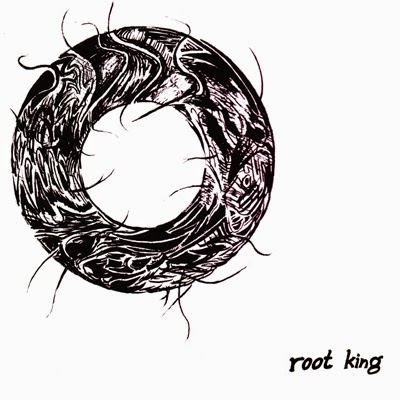 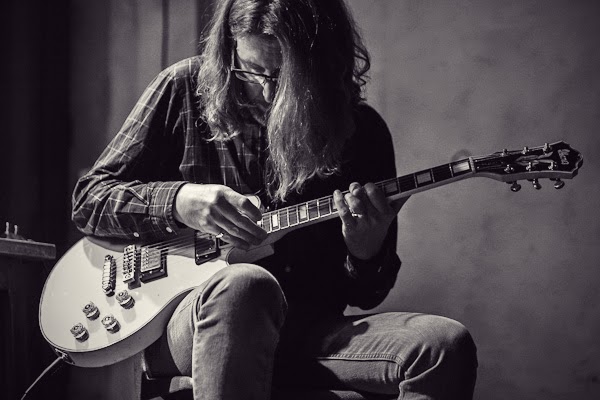 Webpage
Wholly Other at discogs