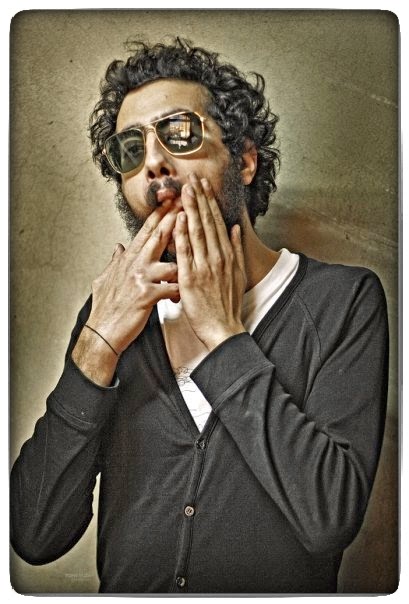 Charbel Haber, born in Beirut on June 1, 1978, is one of the figureheads of the Lebanese experimental stage, is an artist of many facets: guitarist, musician, performer & composer, he lives and works in Beirut. Post-rock group Scrambled eggs founder member, he also composed music for films, is engaged in the organization of the festival of free improvisation festival Irtijal since 2002 and core member of MILL (Musique Improvisée Libre au Liban) association since this same year. Founder of experimental music record label Those Kids Must Choke in 2004. The label has released 6 albums to the present day. Also cofounder (with Al Maslakh) of experimental record label Johnny Kafta’s Kids Menu in 2010. 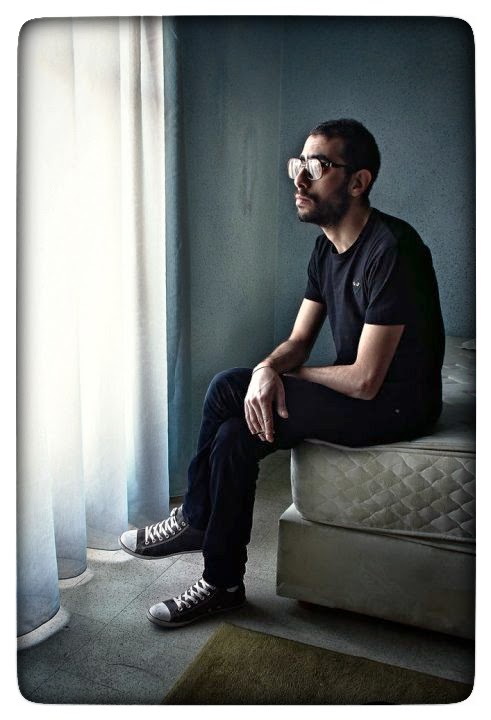 Scrambled Eggs came together as a musical entity in Beirut, Lebanon, in 1998, in a city still reeling from the damages of its civil war(s). The band went through different combinations of styles, from ambient rock, to progressive to free improvisation: after riding the Grunge wave for a while, the group went for a more experimental approach to its music, establishing their own, particular musical identity; although some of their influences can still be discerned (specifically, the bands from the Canadian label Constellation, deftly mixed with noise and no-wave ingredients), the musicians
embraced a whole new palette of sounds and created their own distinctive sound, a fine mesh of guitars and noises, pushing to the extreme the search for harmony in chaos. The influence of free improvisation kept on growing steadily, and parallel to their work with Scrambled eggs, group members Charbel Haber and Marc Codsi started playing and recording with European artists from the Improv scene. 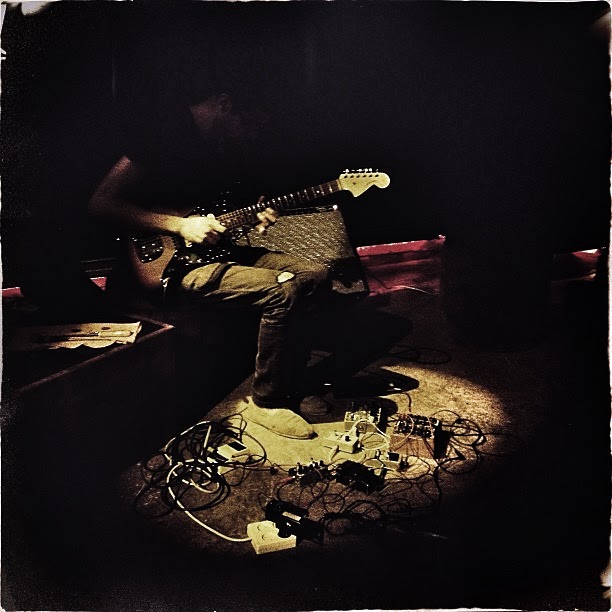 Haber’s work encompasses film, video art and theater, both as solo artist and like a member of Scrambled Eggs. The latter have composed the soundtracks for long-feature films A Perfect Day and Je Veux Voir by Lebanese directors Khalil Joreige & Joanna Hadji Thomas. They have also contributed with incidental music to Lebanese director Ghassan Salhab’s nominated feature The Last Man. As a solo artist, Haber has collaborated with Lebanese video artists Lamia Joreige and Akram Zaatari. He has composed the music and performs in Rabih Mroueh and Lina Saneh’s theater performance Photo Romance (2010).

He is presently involved in the preparation of a musical tribute to Egyptian guitar virtuoso Omar Khorchid, an 8 electric guitar orchestra soon to be released on Italian record label Sagittarius A-Star. 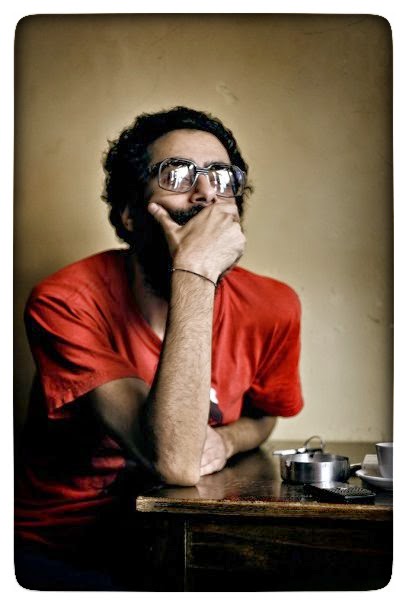 I still have it
it’s a italian brand strat copy very ugly white with black pick guard and a silver alien sticker and some quote sticker about weed teenage shit
it makes a lot of noise, a loooot of noise
on the other hand all my guitars are noisy even my japanese jags
but it used to make a wicked sound when i changed pick ups
so i used that a lot

Omarchestra:  Sharif Sehnaoui, Tony Elieh, Fadi Tabbal, Osman Arabi, Sam Shalabi, Maurice Louca, Umut Caglar and yours truly
it’s an 7 electric guitars and 1 electric bass ensemble that plays psychedelic arabic music
recorded our first album last february and the vinyl is coming out in May on Sagittarius A-Star label
the main idea was to compose pieces that are a cross over between the work of Glenn Branca and Omar Khorshid
i imagined how it could be but i wasn’t sure that we could do it the result exceeded all my expectations

you can still play it when you re completely wasted, fucked, wired, high…and standing up of course

i use a Japanese Fender Jaguar
i love it
got 2 of those same color same thing
i don’t want to own any other guitars i just want japanese jaguars(fadi tabbal wants to kill me for that, he says i’m stupid and i agree) not american
a lot of pedals: zvex lo-fi junky, Moogerfoogers(mainly the ring modulator), the boss pitch shifter delay that i can’t live without, reverb holy grail and the memory man hazardy and freeze from electro harmonix, line 6 looper,  a little fuzz box from Katana Sounds and a doepfer dark energy
a couple of utensils and an E-bow


How would you define today's digital music scene?

Define one image you're still looking for. 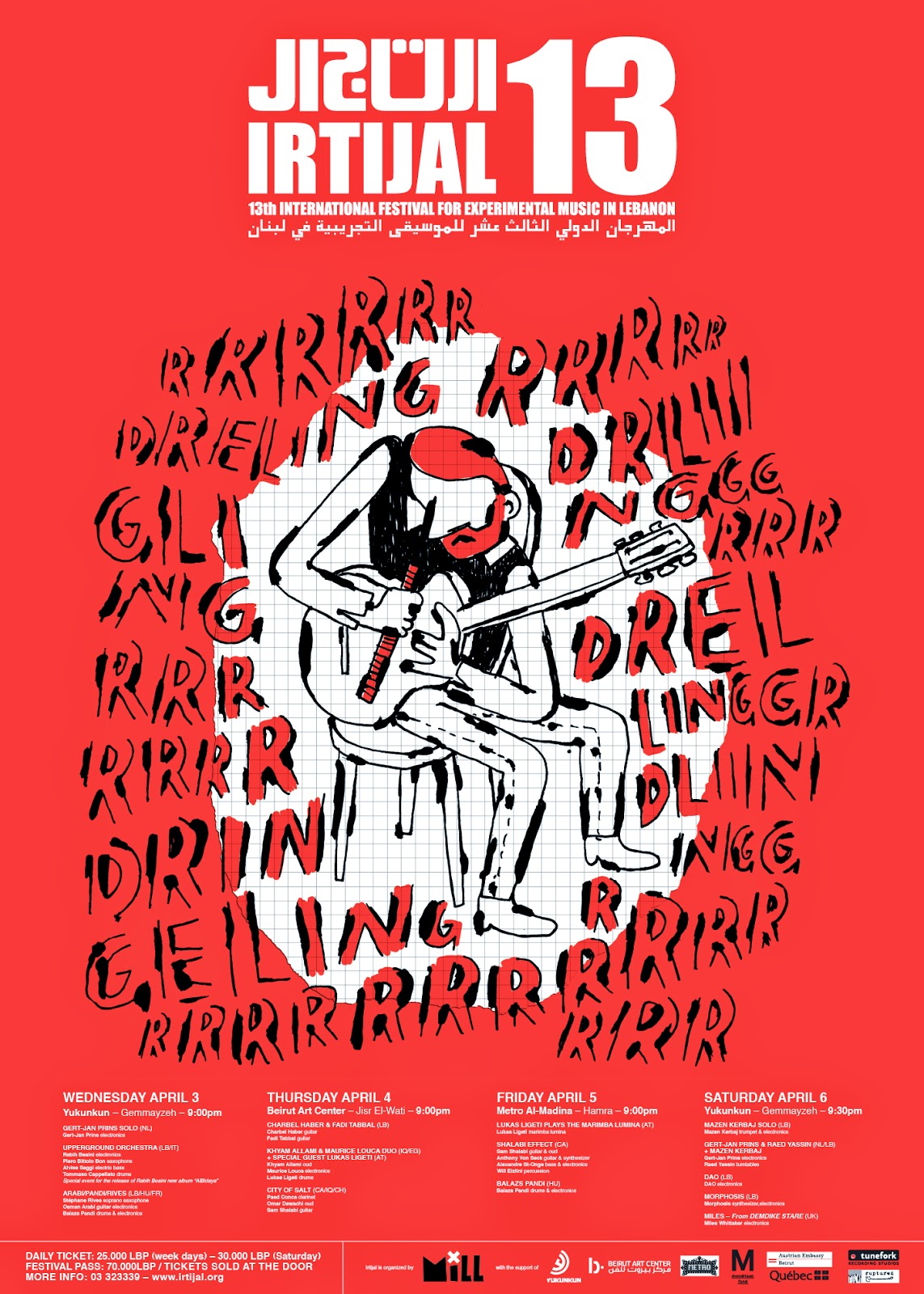 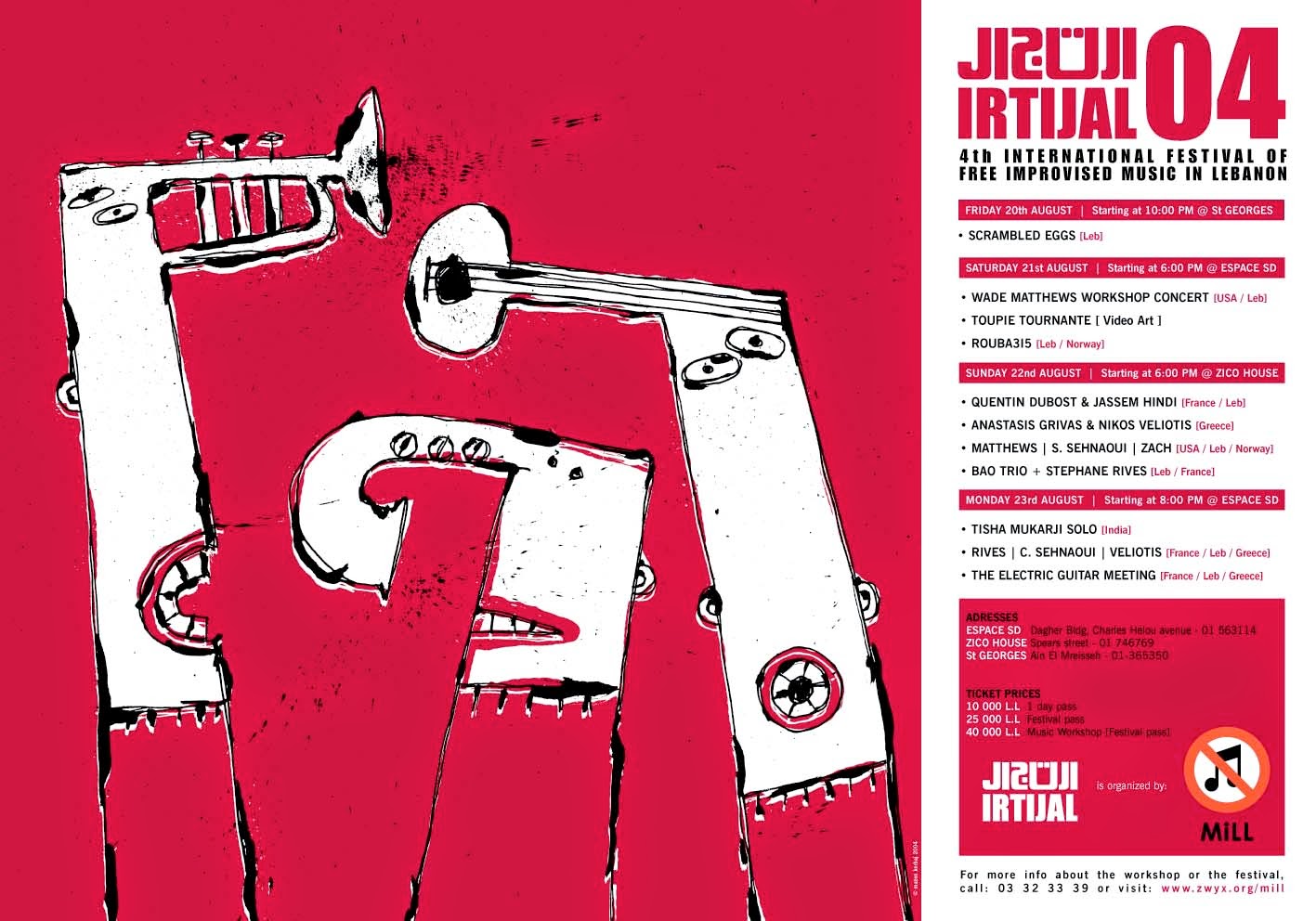 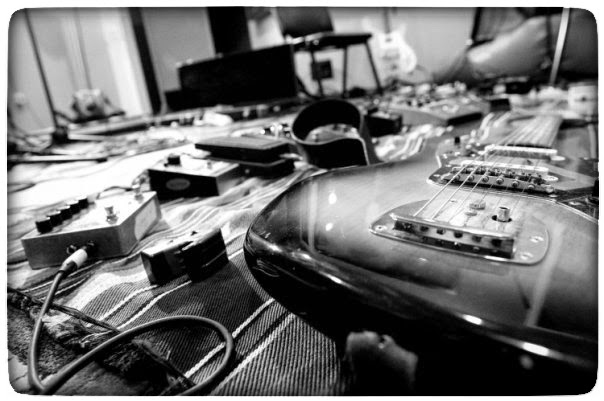