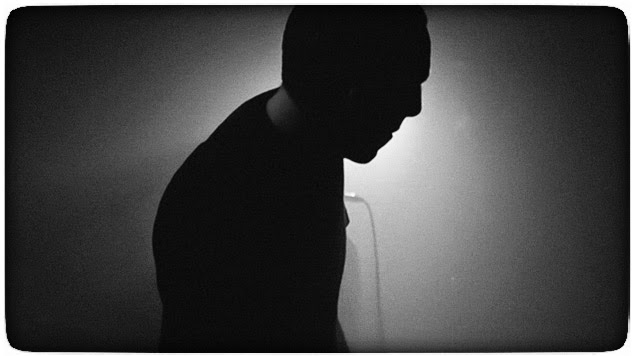 Oren Ambarchi's works are hesitant and tense extended songforms located in the cracks between several schools: modern electronics and processing; laminal improvisation and minimalism; hushed, pensive songwriting; the deceptive simplicity and temporal suspensions of composers such as Morton Feldman and Alvin Lucier; and the physicality of rock music, slowed down and stripped back to its bare bones, abstracted and replaced with pure signal. 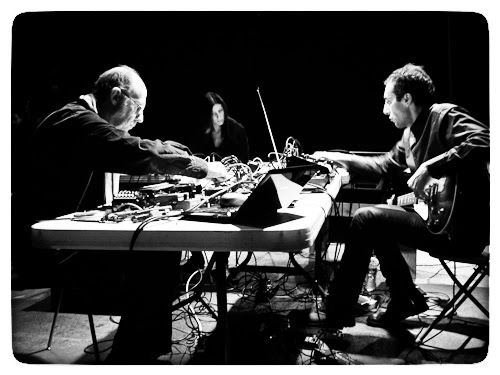 
From the late 90's his experiments in guitar abstraction and extended technique have led to a more personal and unique sound-world incorporating a broader palette of instruments and sensibilities. On releases such as Grapes From The Estate and In The Pendulum's Embrace Ambarchi employed glass harmonica, strings, bells, piano, drums and percussion, creating fragile textures as light as air which tenuously coexist with the deep, wall-shaking bass tones derived from his guitar. 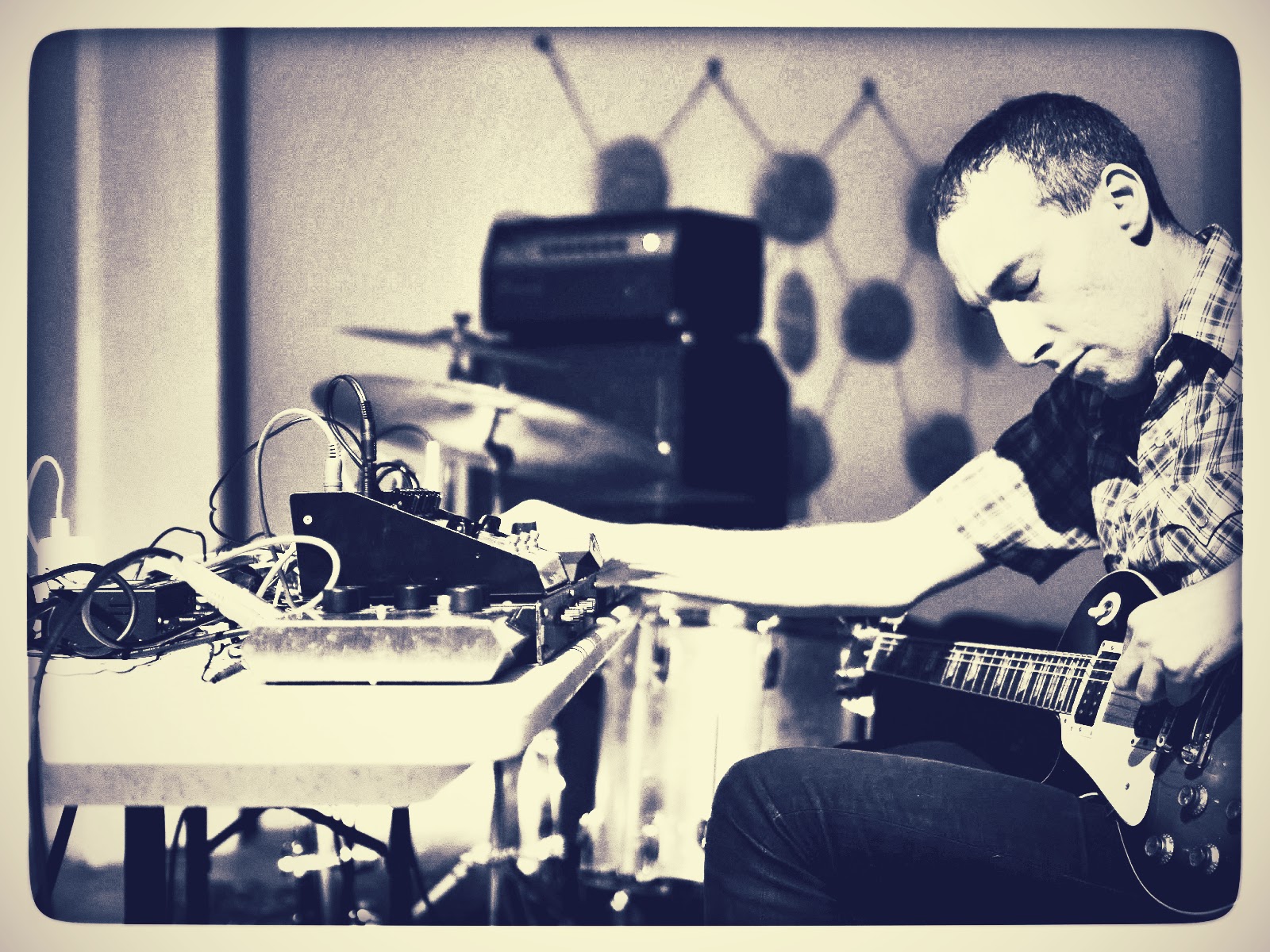 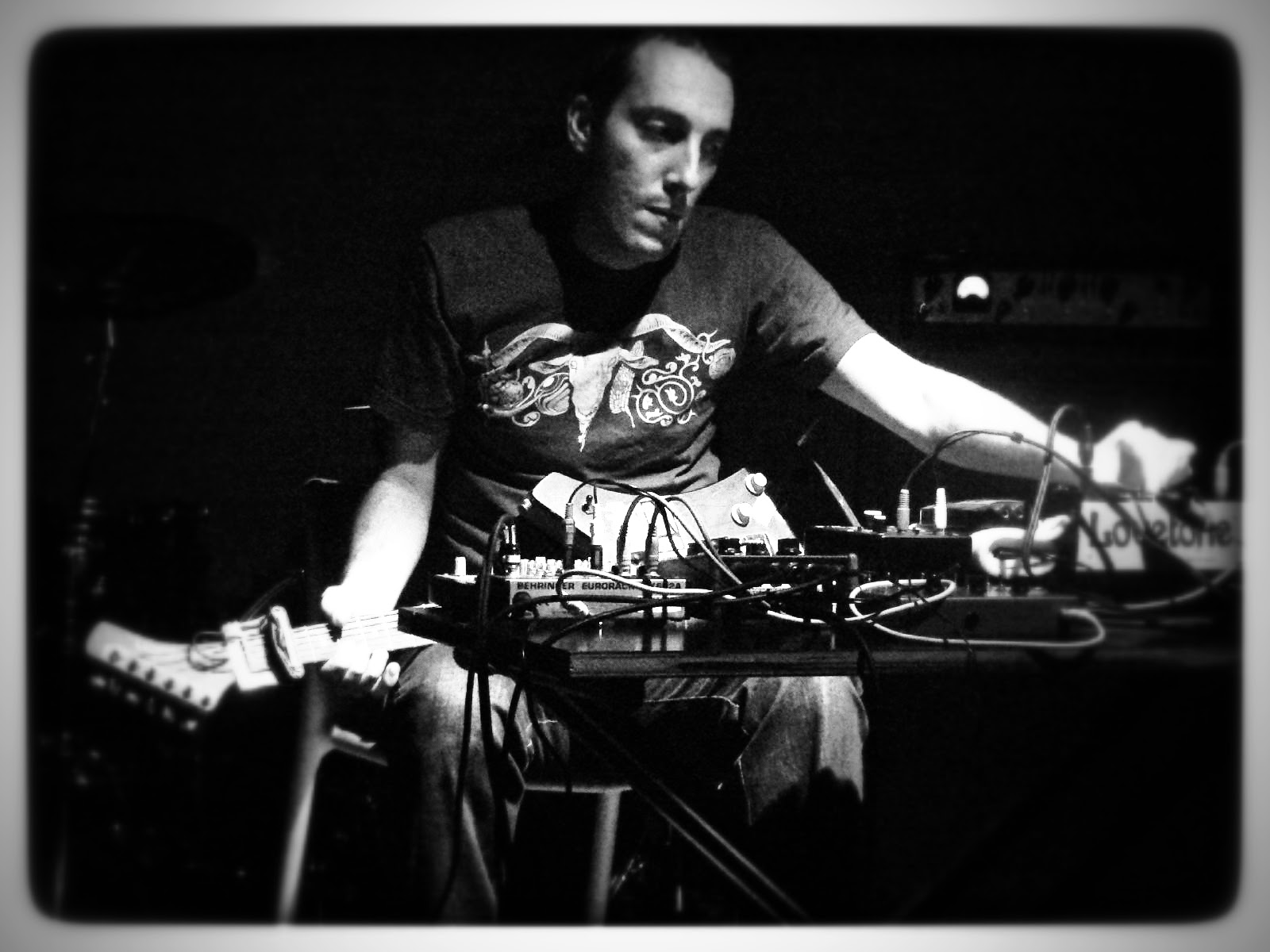 I remember banging on pots and pans along with my favourite records when I was quite young. Around the age of 7 I begged my parents for a drum set but they attempted to deflect this request by making a 'deal' whereby I had to have piano lessons for at least a year before they would consider my request. I duly followed their orders but when the year was over I continued to pester them until they finally relented and purchased a cheap drum set.
From that day on I obsessively played along with records whilst alternatively making crude cut up recordings on a double-tape recorder of short wave radio sounds. The guitar came much much later, when I was around age 22.

Music is like food or oxygen for me, I simply need it to survive.
(I hope that doesn't sound too dramatic)
I'm an obsessive record collector, always on the hunt for new aural delights

It all depends on who is playing it but what interests me is when it goes beyond the idea of an instrument or an instrumentalist. The true pleasure is when miraculously something special happens and the physical limitation of the instrument is transcended into something else entirely

Which work of your own are you most surprised about, and why?

It would be hard to pick an individual work. I do live for those 'eureka' moments in the studio when after the usual self-doubt and struggle somehow everything falls into place and you hit on something that is unexpected and a big development from your previous work. That feeling is quite addictive.

For the past few years I seem to be making long-form pieces that take a long time to unfold. I've always loved listening to pieces that draw me in to a particular sound world where I lose my sense of time - the idea of "music as time".
Lately I have been interested in working with recurring rhythms that co-exist with more abstract textures, probably influenced from my background as a drummer

Technique is probably important for some people but if I had technical prowess on the guitar, I wouldn't be doing what I do.
Some of my favourite artists have no technical skills

I remember reading a story Robert Wyatt recounted about guitarist Larry Coryell sitting in with Jimi Hendrix in 1968 which influenced me:
"Coryell played all over the place for about ten minutes racing up and down the fret-board and Jimi steps up for his solo and went 'ba-WO-O-O-OWWWW' erasing everything he did in the last ten minutes with one note.....it was silly for him to even try, like walking into a blowtorch.....the fool"
Hah!

A Leslie cabinet, I absolutely LOVE that instrument

Seeing Keiji Haino live in New York in 1991 changed everything for me. Here was someone who seemed to come from another planet who was emanating sounds that were so unique and so utterly personal. It went beyond the instrument or technique. It was simply beyond.
It made me re-think everything about music and I decided to play the guitar from that moment on.
Another big one was getting the 7" of 10cc's "I'm not in love" when I was 6.
Yowza!

I've just completed a new record for Editions Mego that I've been working on for the past 2 years. It's a continuous 48 minute piece that has many guests including John Tilbury, Thomas Brinkmann, Jim O'Rourke, Crys Cole, Eyvind Kang, U-zhaan, Ilan Volkov and the Icelandic Symphony Orchestra.

Additionally there are quite a few collaborative releases coming out in the next few months.
I'm currently in the midst of a long tour and next week I'll be playing some North American shows with the Nazoranai project (Keiji Haino on guitar/vocals, Stephen O'Malley on bass and Ambarchi on drums).   After that Stephen and I will be premiering some guitar pieces written for us by composers Alvin Lucier and Iancu Dumitrescu.

In June I'll be at Sonar festival in Barcelona presenting my piece 'Knots' along with Joe Talia, Eyvind Kang, Crys Cole and the Krakow Sinfonietta.