Immensity of the Territory: a show in two parts.

Since 2003, Charles-Henry Beneteau and Christophe Havard, aka abs(.)hum, have been known for the particularity of performing on the same guitar! This guitar, remotely controlled and simultaneously mastered by both musicians utilizing a variety of devices, and output through electronic and digital media, gives new possibilities to the guitar... so much so that finally we are unable even to recognize the guitar! 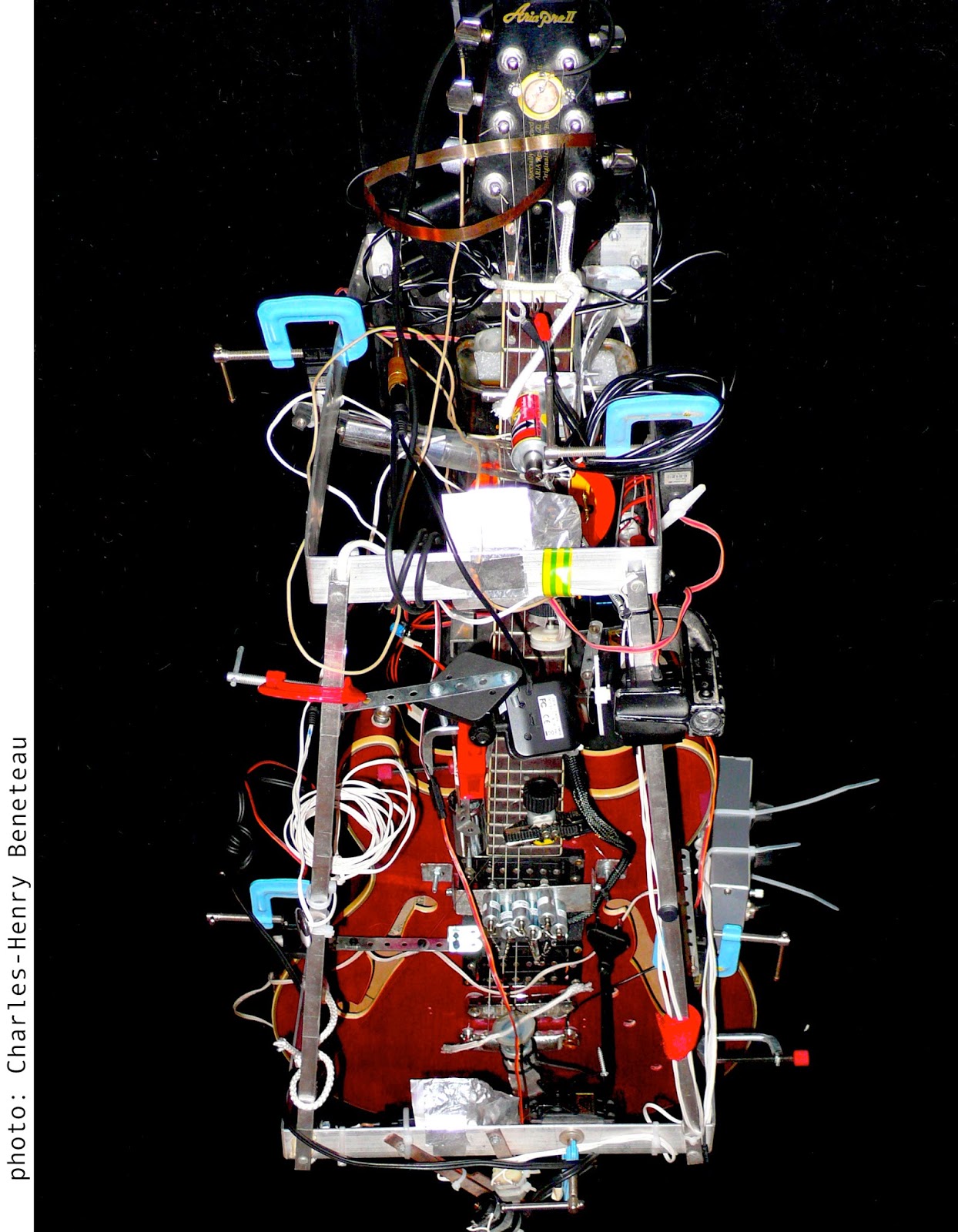 In 2008, abs(.)hum called upon the guitarist and long time collaborator Anthony Taillard with whom they planed part one of IMMENSITY OF THE TERRITORY. In which they spent two weeks driving from NYC to New Orleans and back, collecting sounds and pictures. This road trip fed Vol. 1 of Immensity of the Territory: East. In 2010, the three musicians returned to the USA, crossing California, Arizona, Utah and Nevada. 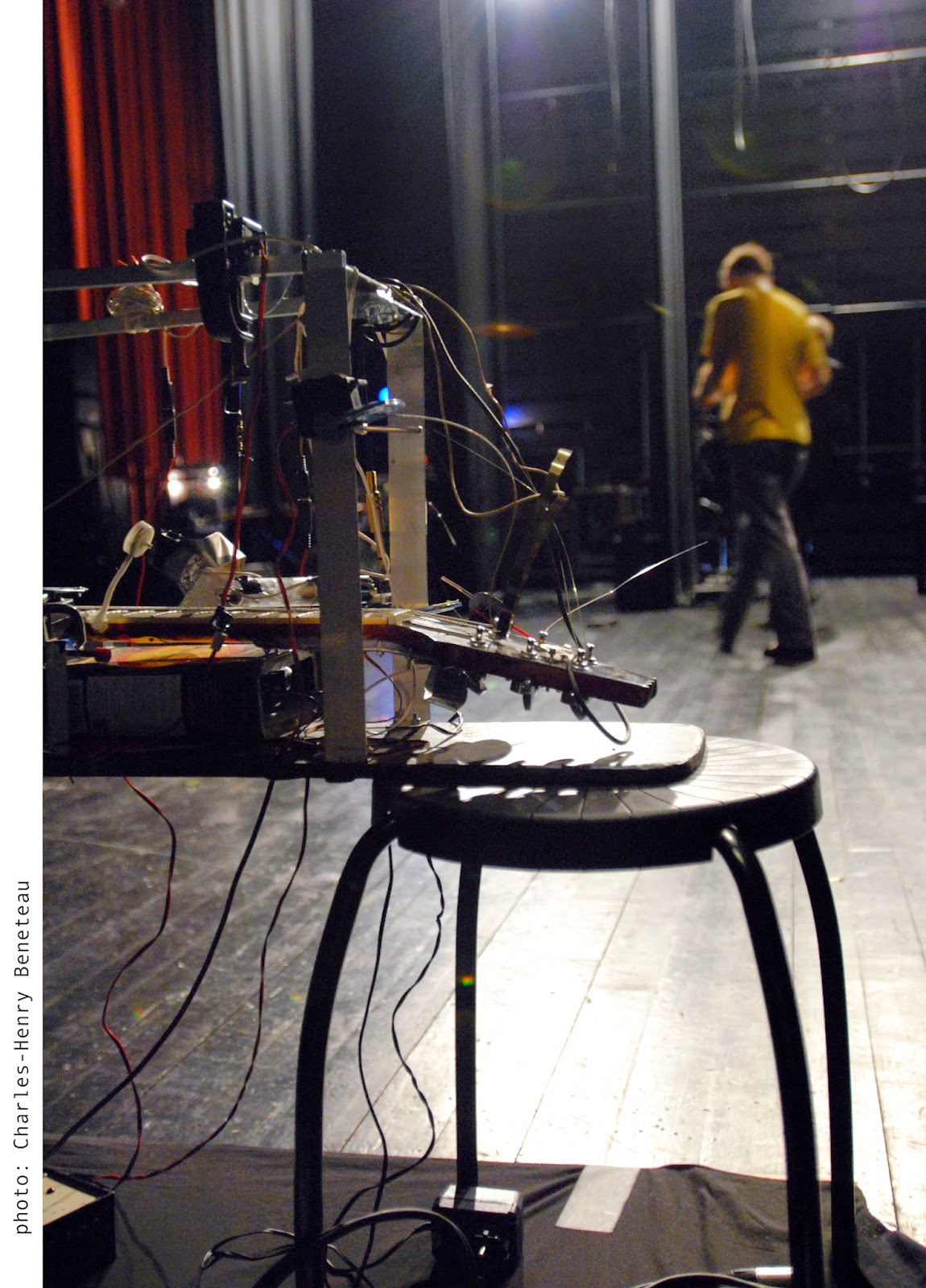 The sounds and images (picture and video) collected during this three-week road trip are the basis of Vol.2 of Immensity of the Territory: southwest. On stage the musicians perform live, but let the audience focus on the guitar alone in the center under a large screen upon which their films are projected, The result, a real 'static trip'! A movie to which anybody can make a scenario. 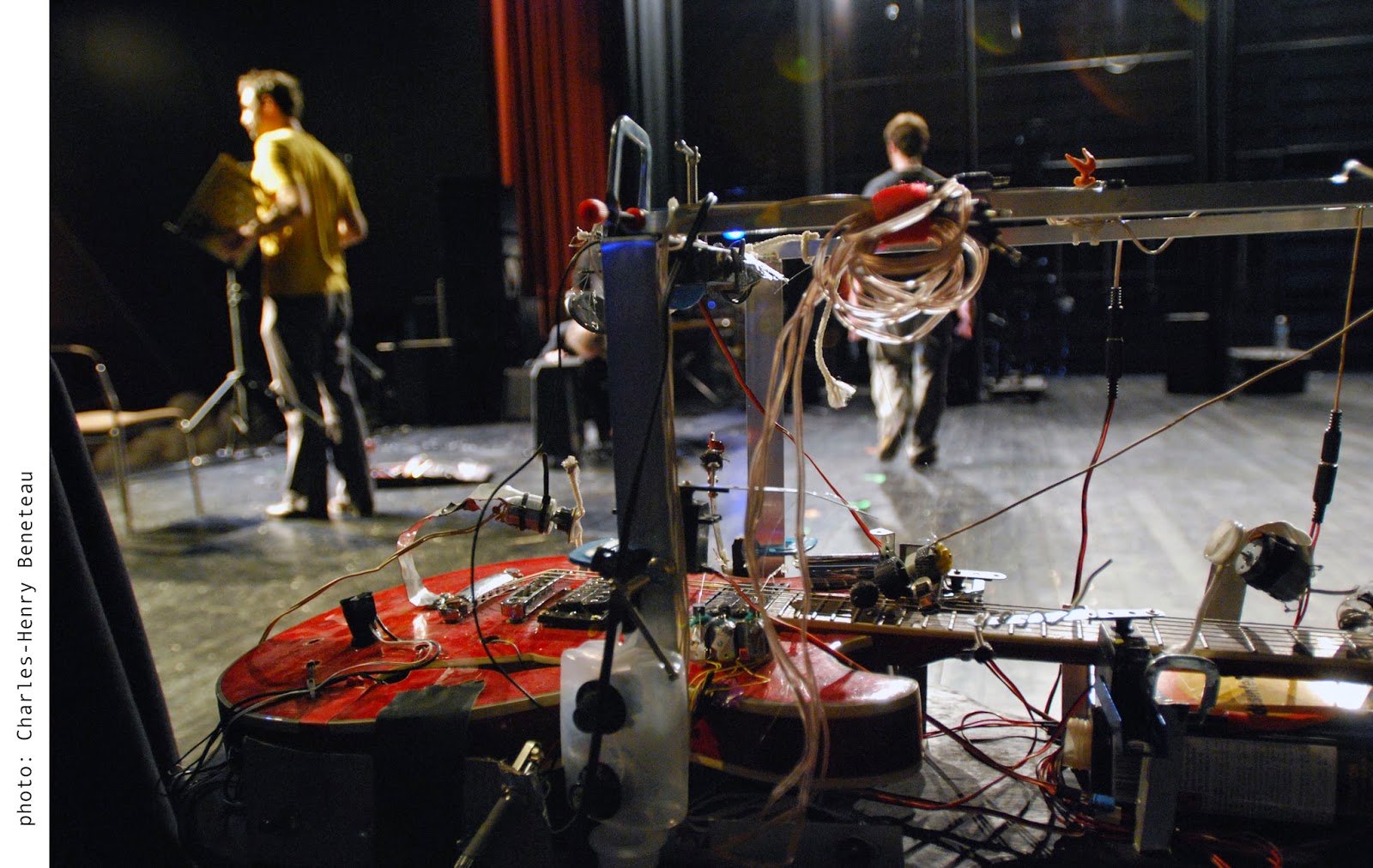 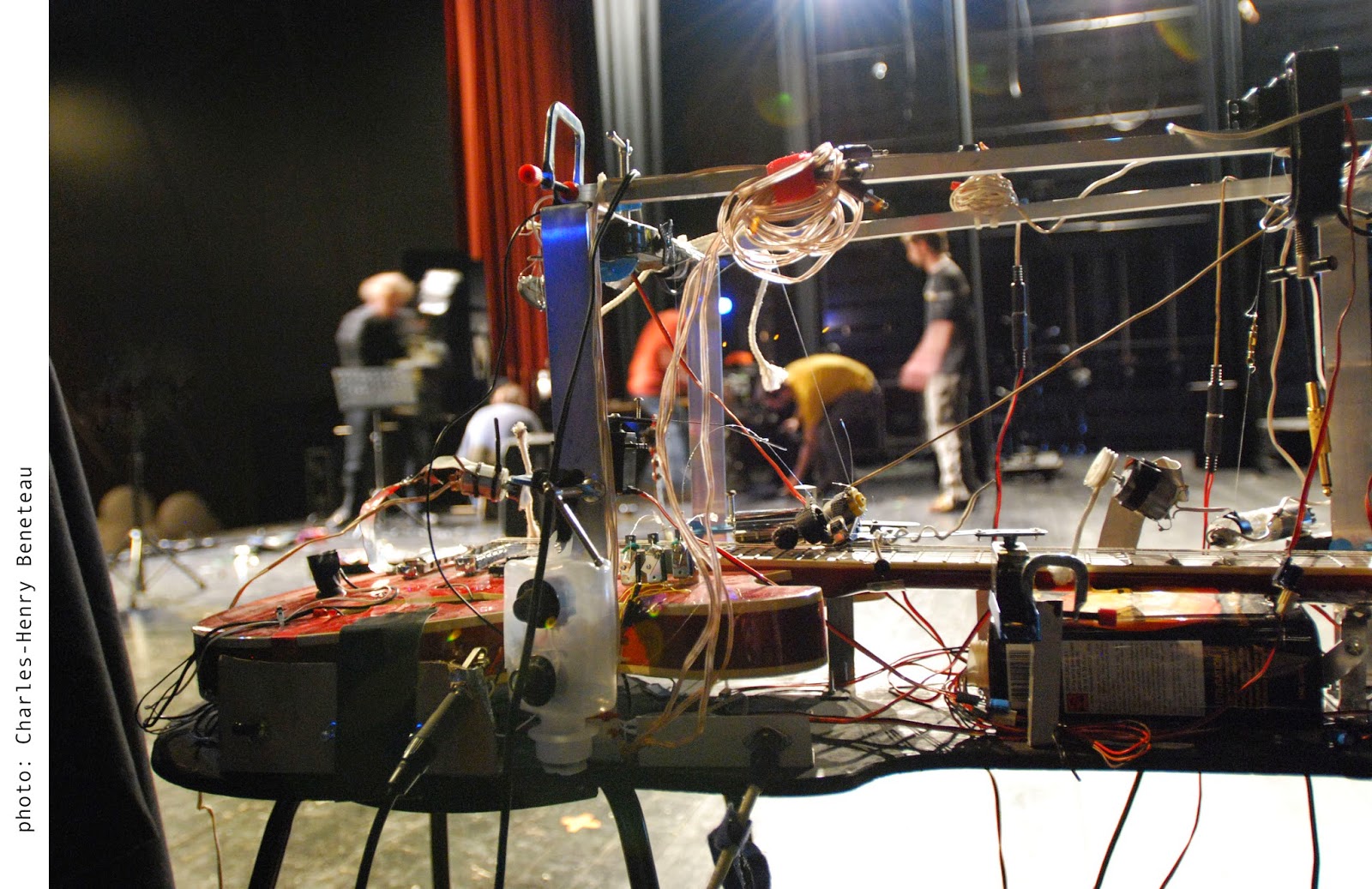 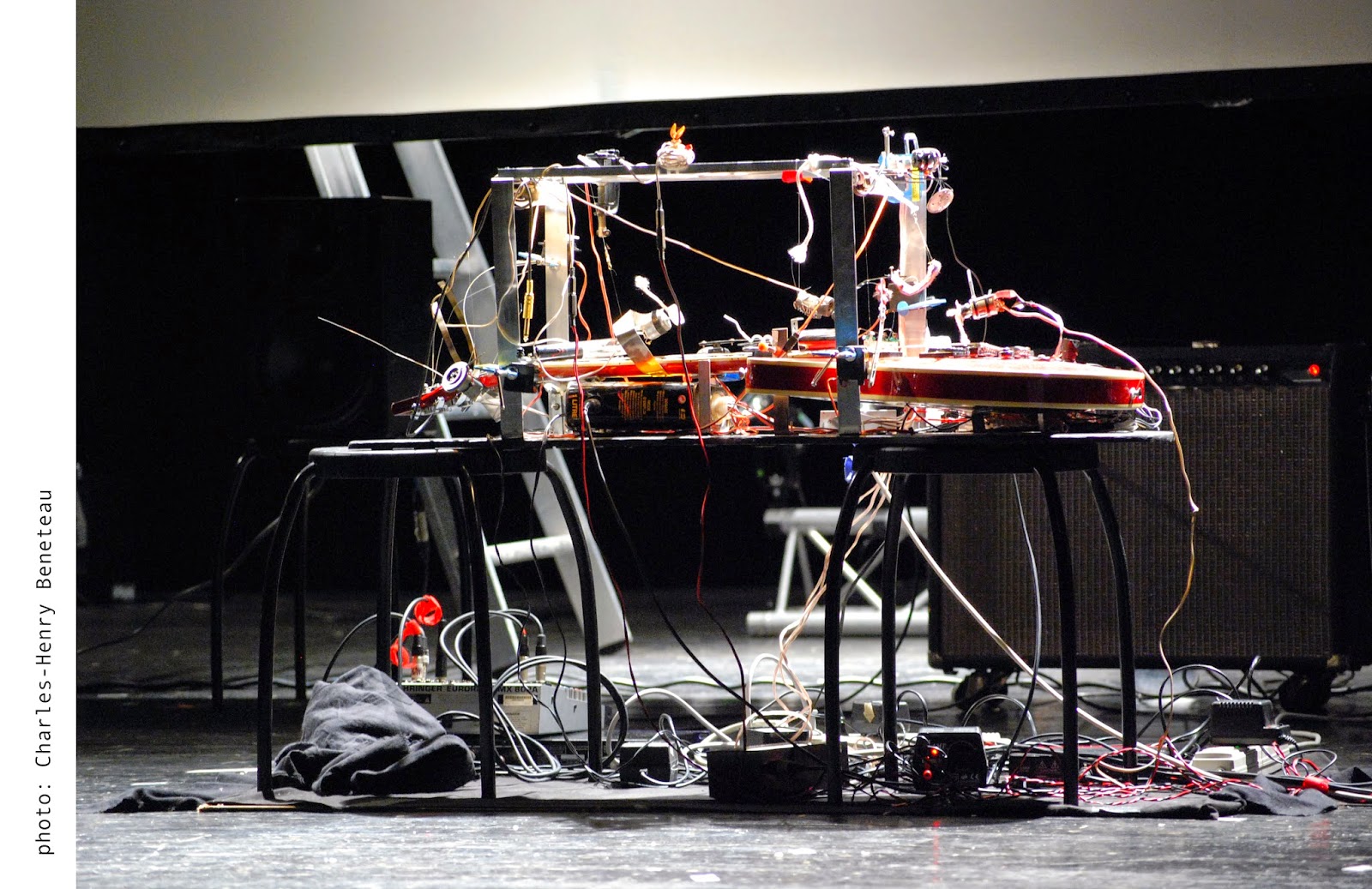 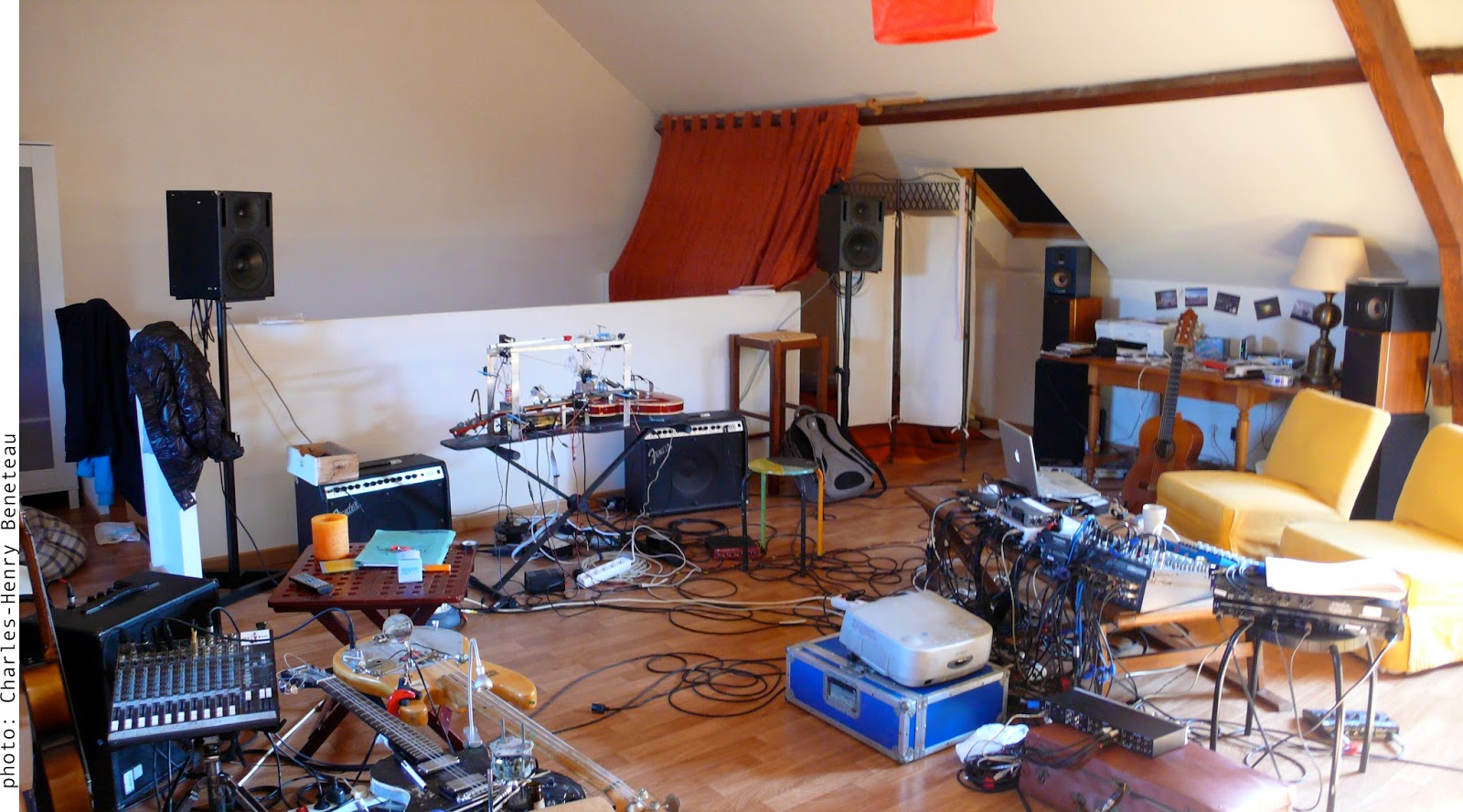 Have you ever dreamt about driving a Cadillac on the Route 66? Immensity Of The Territory stages the icones symbolizing the American dream through a singular installation involving music, video and sound installation. On stage, the abs(.)hum trio remotely controls from computers a guitar body on which are implanted motors, sensors, automated bootlenecks, electromagnets… A mix up of sound samples gathered during two road trips, prepared guitars and bass, and electronic music enter into a dialogue vast American landscapes screenings. On the road, wide open spaces, deserts, fragments of roaming as Wim Wenders’ Paris, Texas or Jim Jarmush’s Stranger Than Paradise. Immensity Of The Territory has been presented more than 30 times in festivals, theatres and movie theatres.

After those two road-trips, the project has taken various directions :
As a show :
The abs(.)hum guitar at the center of the stage, the three musicians on the sides, the pictures and videos screening on the background. The flexible sets are created as an organization of  ten minutes “sequences”.  The sound, music and radio univers, composed and improvised, is colored by rock, repetitive, concrete, experimental and traditionnal music. On stage, the recorded sounds are played live, as well as accoustic and electric guitars, in order to recreate the soundtrack on the screening of their own movie. Mixing western, road movie and nouvelle vague references, Immensity of the Territory invites the audience to an inner journey accorded with its own visions of America.


Installation in the Anger's Quai of immensity of the Territory. Video and sound installation, triple screen, guitars prepared digital programming. 28 minutes.
Artwork by Christophe Havard, Charles Henry Beneteau, Anthony Taillard and Isabelle Dehay. Creation and distribution for the festival Accroches-coeurs (Hangers hearts) and the city of Angers, in September 2013.

As a video music installation :
The videographer Isabelle Dehay has given to the pictures a much more spectacular dimension, with a projection on multi-screens, the use of splitscreen and the making of dynamic pictures.The abs(.)hum guitar remains at the center of the stage, with a twelve strings folk guitar. Both directed by computer, the guitars play in loop (half an hour) the musical accompaniment of the soundtrack which is spacialised in quadriphony.

This installation has been exhibited at the Quai (national stage of Angers), where it has been created, in  version for three projectors and 14X4m screen. In order to adapt to various places, the screens positioning is flexible, depending on the  performance space.


Few minutes of the show "Immensity of the territory" by the duet abs(.)hum (Charles-Henry Beneteau & Christophe Havard) + Anthony Taillard.
A mix with the guitars, the prepared guitars and the field recording of the US (east and southwest). On the screen a road movie made by the musicians. 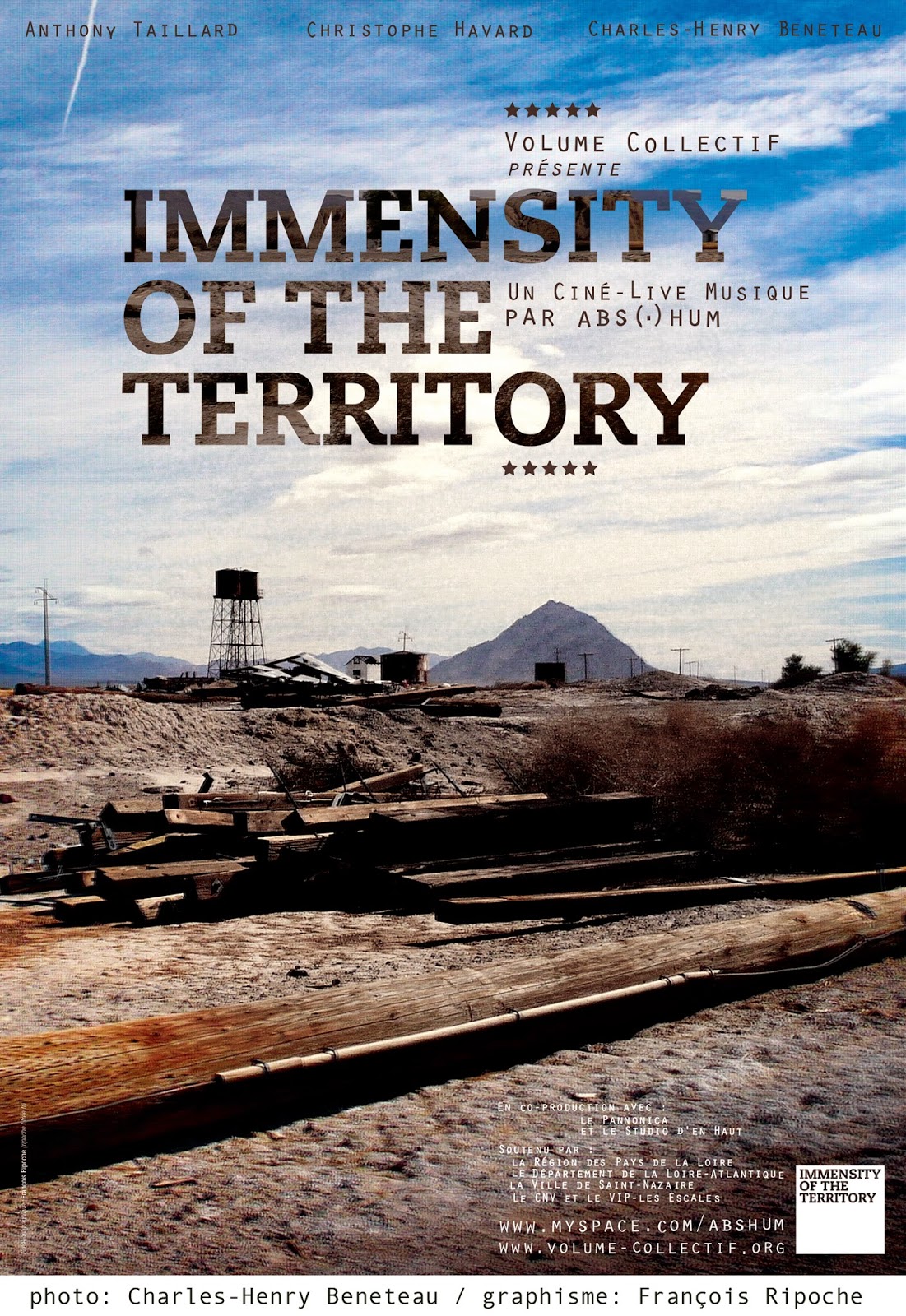 As an exhibition :
Further to the shows and installation, we offer the possibility to set an exhibitions with large format photographies.


The duet abs(.)hum (havard & beneteau) plays a prepared guitar which they remote controled! With the guitar player anthony taillard, they went twice to the USA to collect some pictures and some sounds to mix them with the music of the guitars. 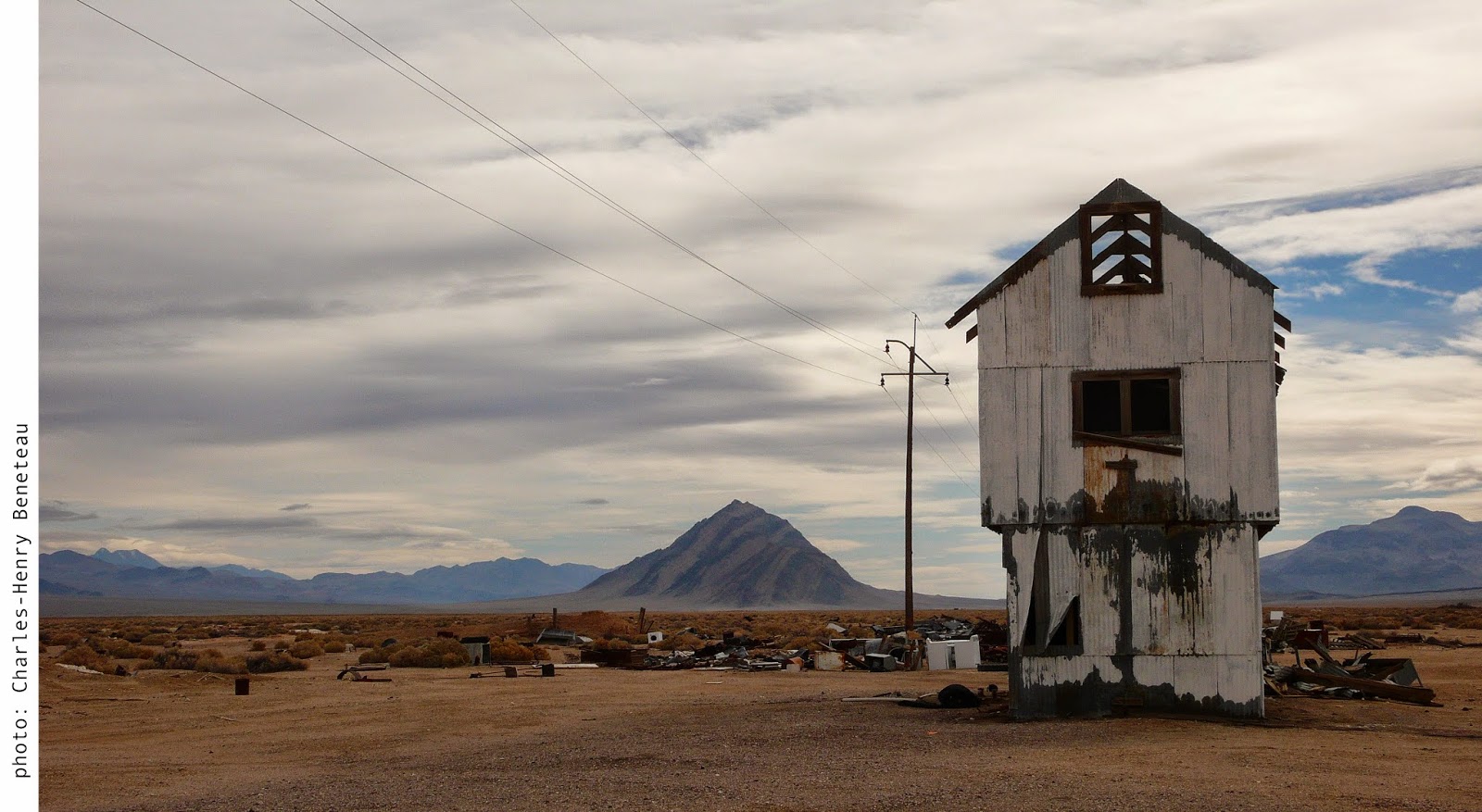