Ever since bursting on the scene with his 1993 release »» The Nutcracker Suite, Tim Sparks has captivated guitar fans with some of the finest fingerstyle guitar playing around. An artist who can be difficult to categorize, Sparks’ albums and live performances have featured classical, blues, jazz, folk, klezmer, and other styles, and yet they all have a common thread that makes them immediately identifiable. 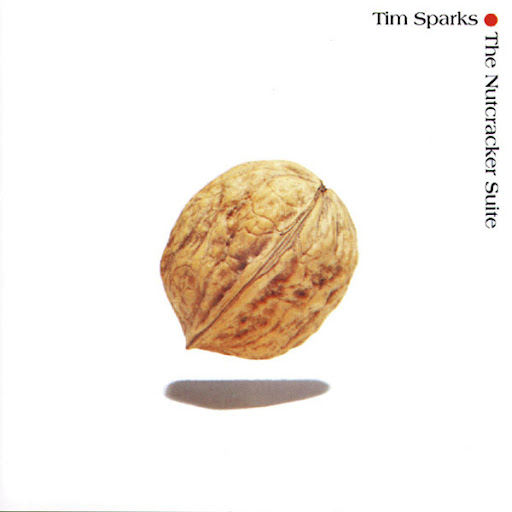 Clearly, for Sparks the music itself is more important than the genre it may have originated in, and Chasin’ the Boogie continues this approach. Whether completely re-imagining the Beatles’ “Blackbird,” creating a complex guitar arrangement of Joni Mitchell’s “Both Sides Now,” playing the folk standards “Wayfaring Stranger” and “I’ll Fly Away,” or getting gritty on the “Mississippi Blues,” Sparks creates solo steel-string guitar magic like only he can. Put simply, Chasin’ the Boogie is guitar music at its best. Even on songs that you thought you knew, you’ll find yourself hitting the “repeat” button to make sure that what you just heard really happened. Whether you’re already a fan of solo guitar music or not, give Chasin’ the Boogie a spin and allow yourself to be taken along!

Trailer for the ACOUSTIC MUSIC Online Concert with Tim Sparks on Monday, 12 May, 2014. For tickets and more information: www.acoustic-music.de


More info and tickets on www.acoustic-music.de/tickets

How does it work?
For only 5, 10 or 30 Euros respectively, we will e-mail you 1, 3 or 10 "tickets" in the form of access codes which will enable you to view one or more concerts of your choice on our website. The concerts are broadcast on Mondays at 9pm German time.

Are the codes only valid for the next 10 concerts, or can I sometimes miss one out?
Your access codes have unlimited validity. When you watch is up to you, you can watch one concert now and use your next code months later if you so desire.

Unfortunately I have other plans on Monday night. Can I view the concert at some other time?
Not at the moment, for technical reasons. But we are already planning to make it possible to watch the concert whenever you want - please check our future newsletters for this feature.

Will the concerts run on my computer?
Each concert is broadcast in three different qualities, which should ensure that they will also run on slower computers or with slower internet connections. We strongly recommend that you use an up-to-date web browser.
To view our concerts, an Adobe Flash Player is absolutely essential. However, this programme is already installed on most computers. If you don't already have it, you can download it free of charge using the following link: http://get.adobe.com/uk/reader/

Does the word "Subscription" entail automatic renewal?
Absolutely not. When you buy this product it constitutes a one-time purchase of 1, 3 or 10 access codes.

And what happens if something doesn't work?
Then we're there for you. Just send an e-mail to michael@acoustic-music.de and we'll take care of your problem.


Tim Sparks is an award-winning guitarist whose blending of musical styles has won him extensive praise from all corners of the music world. Guitar Player Magazine has called his music "Fresh, exotic, and totally cool.", Acoustic Guitar Magazine calls it "rich and sensuous", and guitarist Leo Kottke simply says "He's really one of the best musicians I know." From the early traditional country blues and gospel music he learned in the Blue Ridge Mountains to the Jazz, Be Bop, classical and world music from his varied career across the U. S. and Europe, Tim has thrilled and inspired audiences and musicians world-wide.