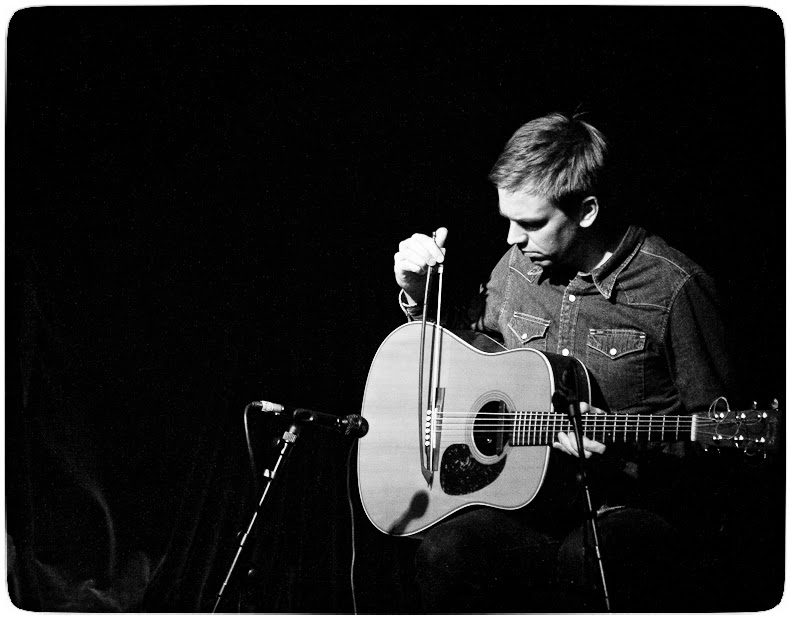 Oslo based guitarist Håvard Volden works between free improvisation, sound art and rock music. His first solo album, «Silence, But», was released in 2013 on Meddle Records, and his noise rock band Moon Relay is currently finishing their debut («s/t», 2014, Fysisk Format). He has also collaborated extensively with a diverse range of musicians such as Toshimaru Nakamura, Jenny Hval and Daniel Meyer Grønvold. 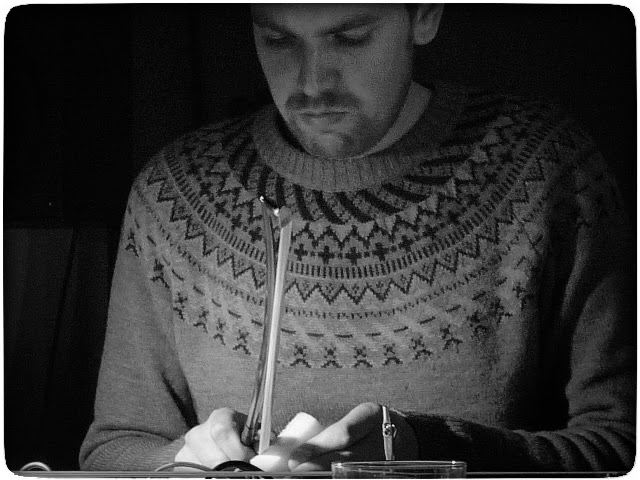 In his music, Volden combines creativity with patience, often mixing the visceral with the static, or acoustic and electronic sounds, resulting in music that is radically open.

For several years, he was involved in the Fri Resonans festival (2005-12), a festival for creative and cutting-edge music in Trondheim, Norway. He studied jazz improvisation at Berklee College of Music. 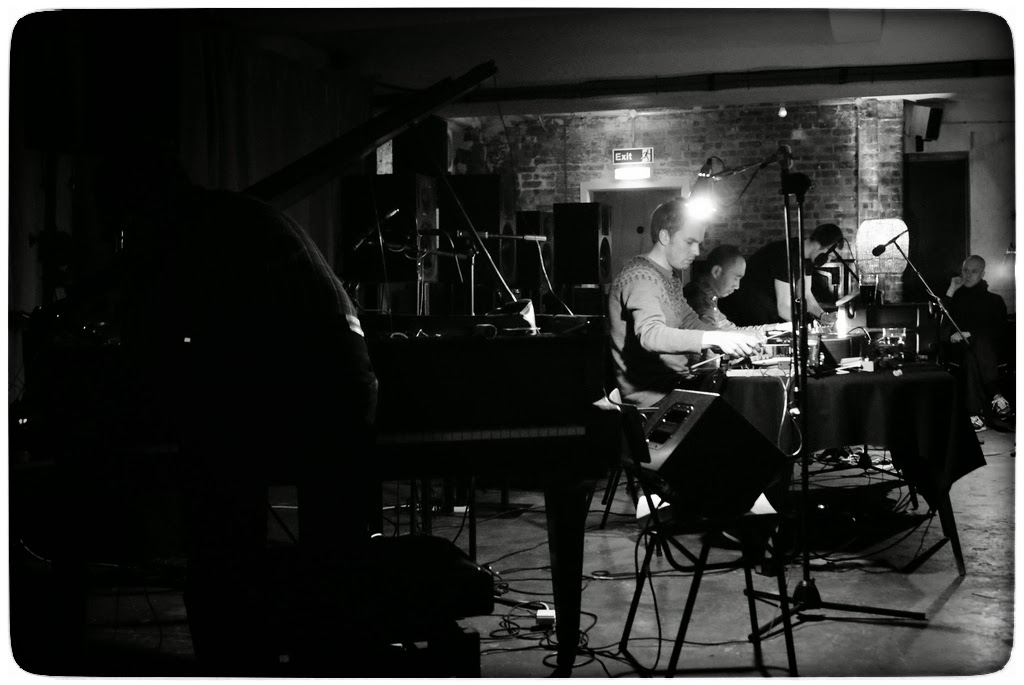 My first guitar was an American Fender Stratocaster from 72, which I sold after 2 years because the tremolo arm didn’t work properly. I should just have fixed it…

I have never tried living without music, so it hard to say really. But music is definitely a huge part of my life. Maybe I should try to not have anything to do with music for a year. Maybe then I could have a good answer for that one. 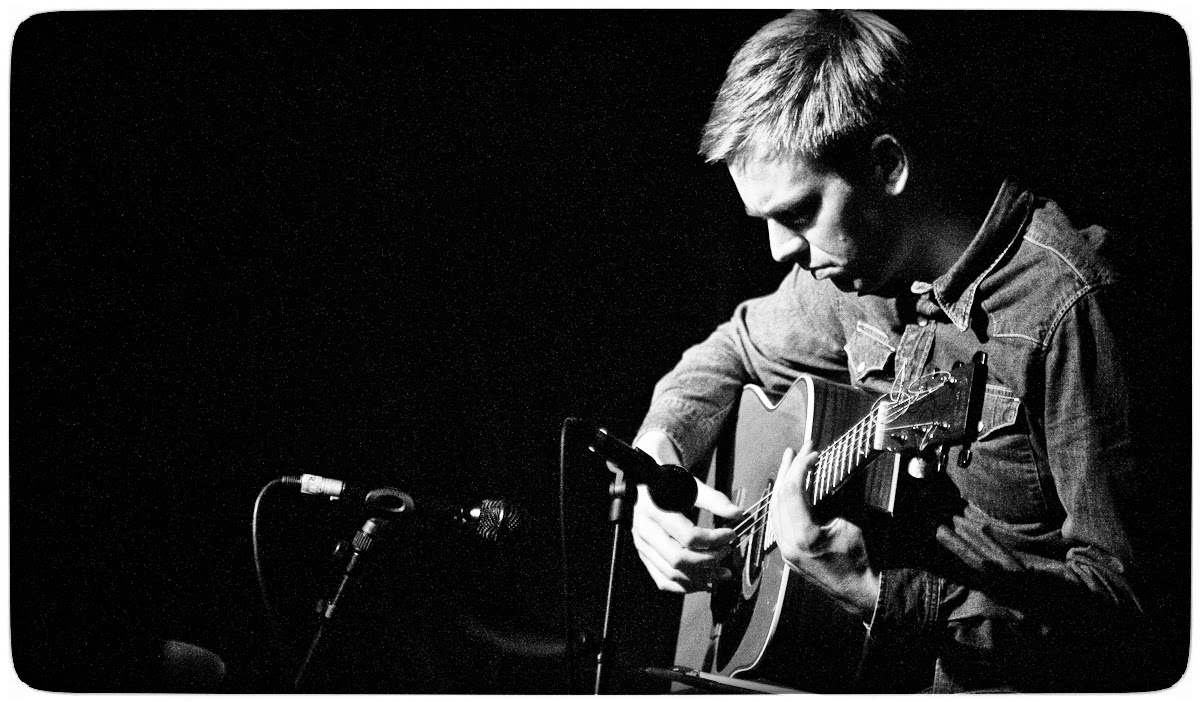 If I’d answered this question a few years ago, I think I would have said that I didn’t, but now I kind of do. Sometimes at least. I think I like it more now because I have learned to play it my own way. Or at least I’m on a track that I find interesting. I have found some sounds that I feel are mine, though things will always change. I have found a way of playing it that’s right for me. That’s what is important.

They have all been very important for me at least. Hm…I don’t really like to put one album over the other, but my first solo album «Silence, But» that I released last year, was important for me. I did everything myself. Recording, mixing and mastering. I even started my own label, together with Jenny Hval. I learned a lot by making that album.

Time is very important in music of course. In all art I suppose. But it is not something I think too much about really. (I used to though). Not when I play anyway. I don’t like to think to much when I play. I want the music to flow naturally, without thinking too much. Sometimes it works, sometimes not. When I think too much the flow stops.

The extended techniques has helped me finding my own sound I guess. I used to prepare the guitar a lot before, but no I don’t do that too much. I really like the actual sound of the guitar. I use the bow still though. And I use pedals when I play electric guitar. And I also like to limit myself. By not having too many objects. Not in a macho way, but more because I like to focus on less things.

For me a good guitar is a guitar that I have some kind of attachment to. Not necessarily one that the guy in the guitar shop think is good. The guitar I used to use for sound improv stuff was a crappy 12-string that I found in the trash outside where I used to live. I wasn’t able to play normal guitar on it, because it was in such a bad shape. I used it as a tabletop guitar, and I liked the sound of it. It’s on at least 4 albums.

Hm…for me personally the biggest problem is to decide what format my albums should be released on… Of course I could debate a lot around spotify and other places where music is free. But that just makes me sad…

Performance by Jenny Hval and Håvard Volden at the opening of the sound and light installation "Innocence is kinky" by Jenny Hval at the Henie Onstad Kunstsenter, Norway, june 3rd 2012.

That they can still surprise me.