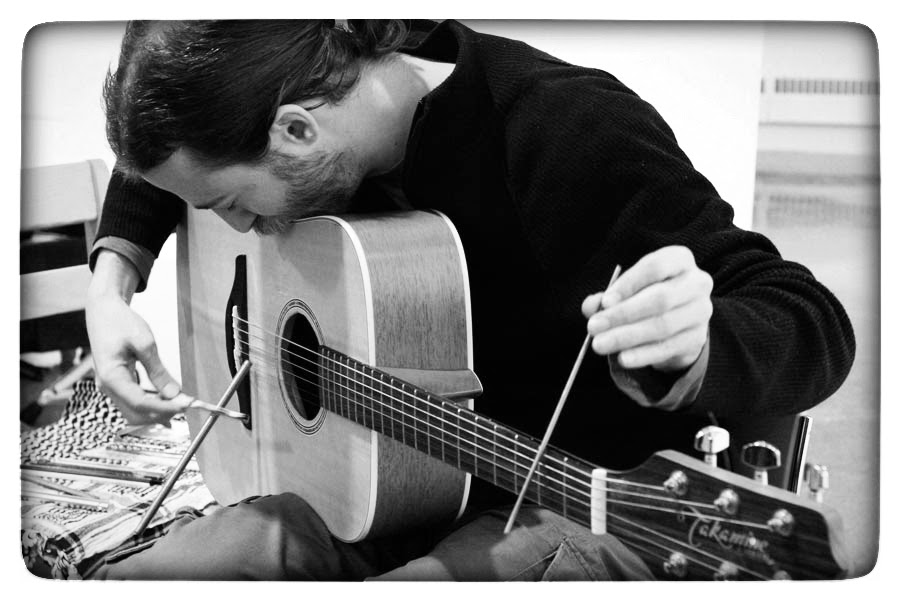 Sharif Sehnaoui is a free improvising guitarist. He plays both electric & acoustic guitars, with (or without) extended and prepared techniques, focusing on expanding the intrinsic possibilities of these instruments without the use of effects or electronics. He now resides in Beirut, his hometown, after more than a decade in Paris, where he started his career as an improviser in 1998, playing at Instants Chavirés where he was a member of several orchestras. He has since performed his music worldwide and played in many clubs & festivals such as Soundfield (Chicago), Moers, Konfrontationen (Nickelsdorf), Météo Music Festival (Mulhouse), CTM & Maerzmusik (Berlin), FEST (Tunis), Skanu Mesz (Riga), 100Live (Cairo) or Musikprotokoll (Graz). 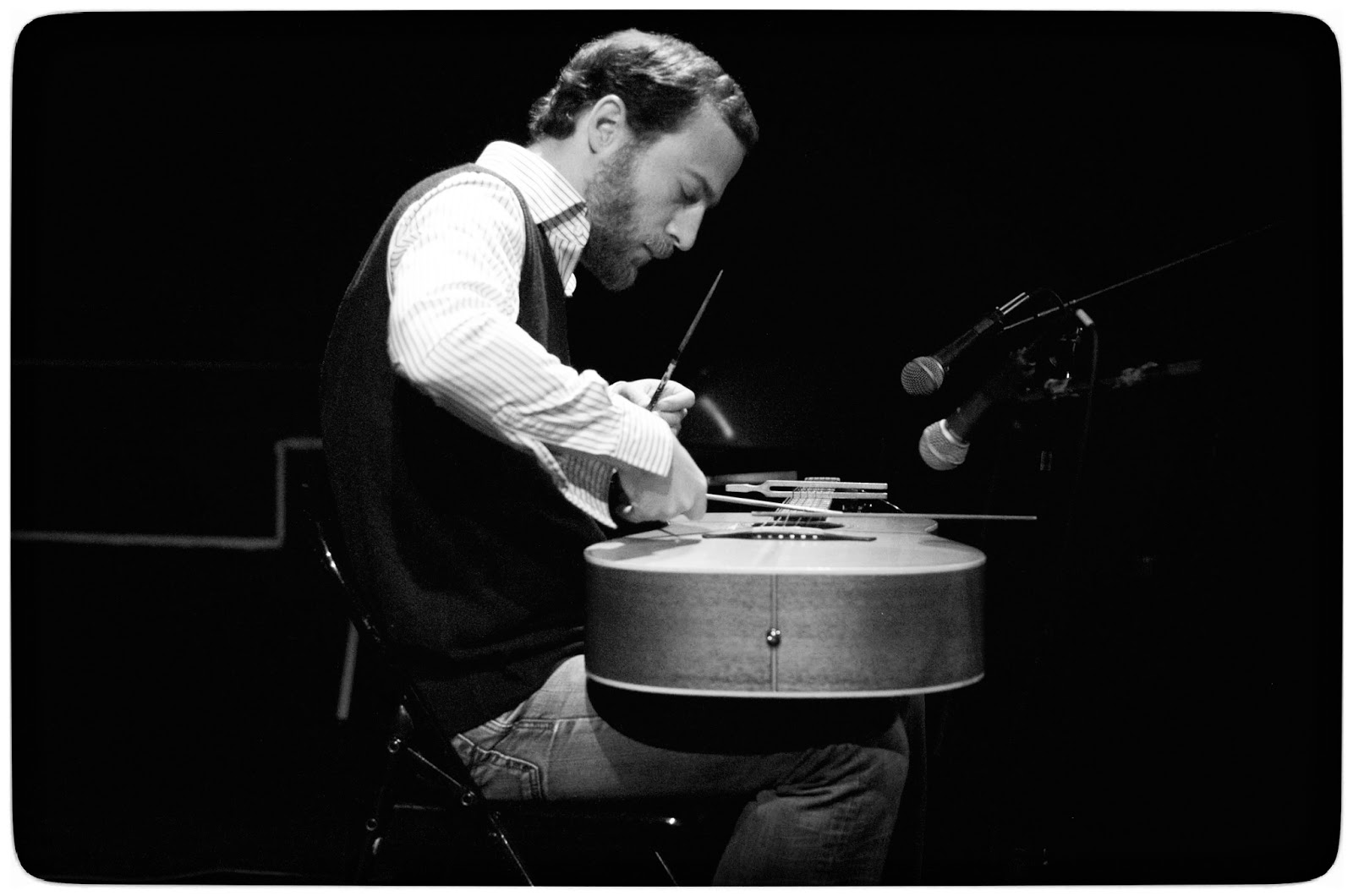 In Lebanon, he actively contributed to the emergence of an unprecedented experimental music scene. Along with Mazen Kerbaj he created Irtijal (www.irtijal.org) in 2000, a yearly international festival that is the oldest improvised and new music festival in the Arab world. “Irtijal” celebrated its Xth anniversary in 2010. 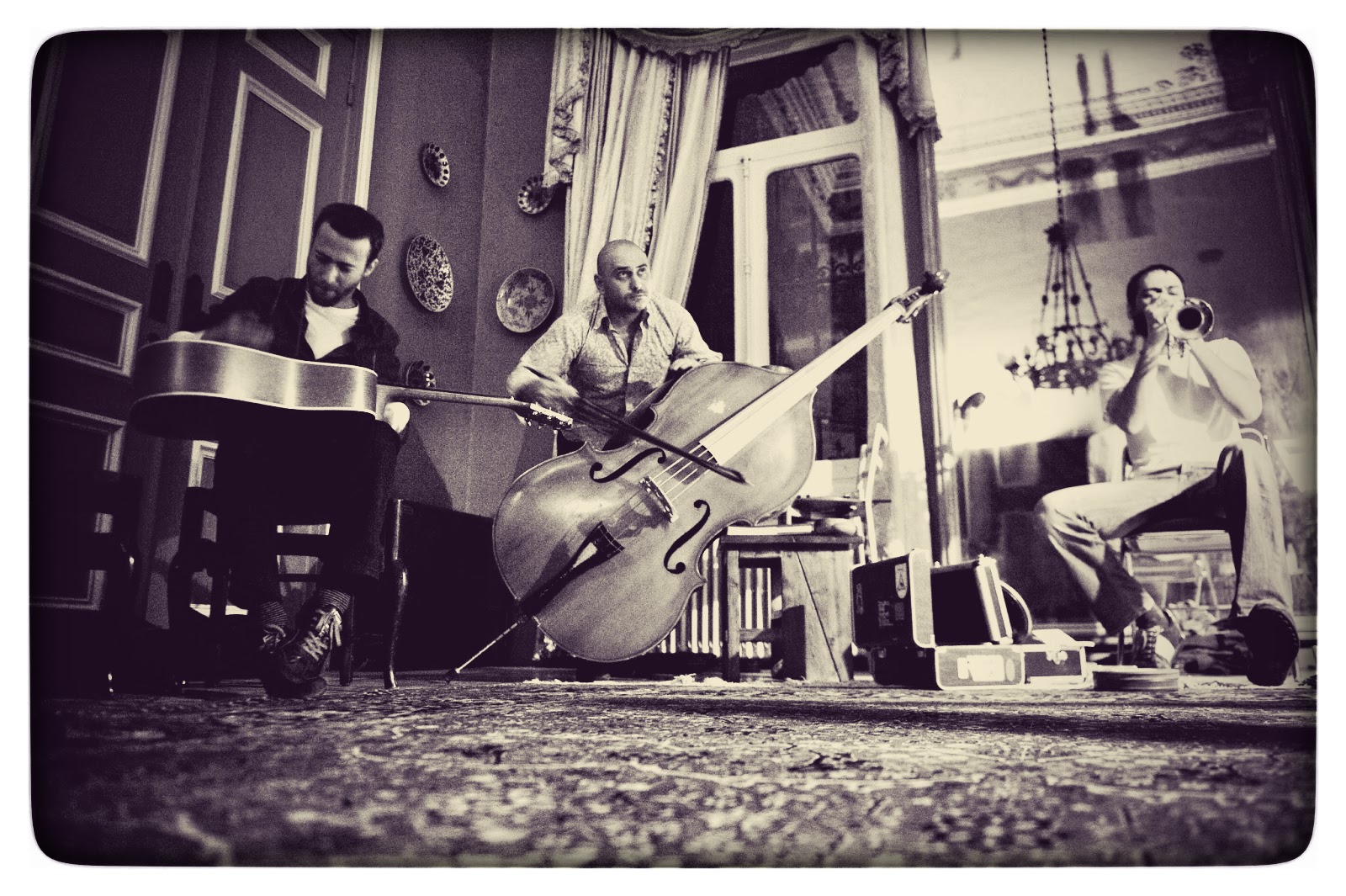 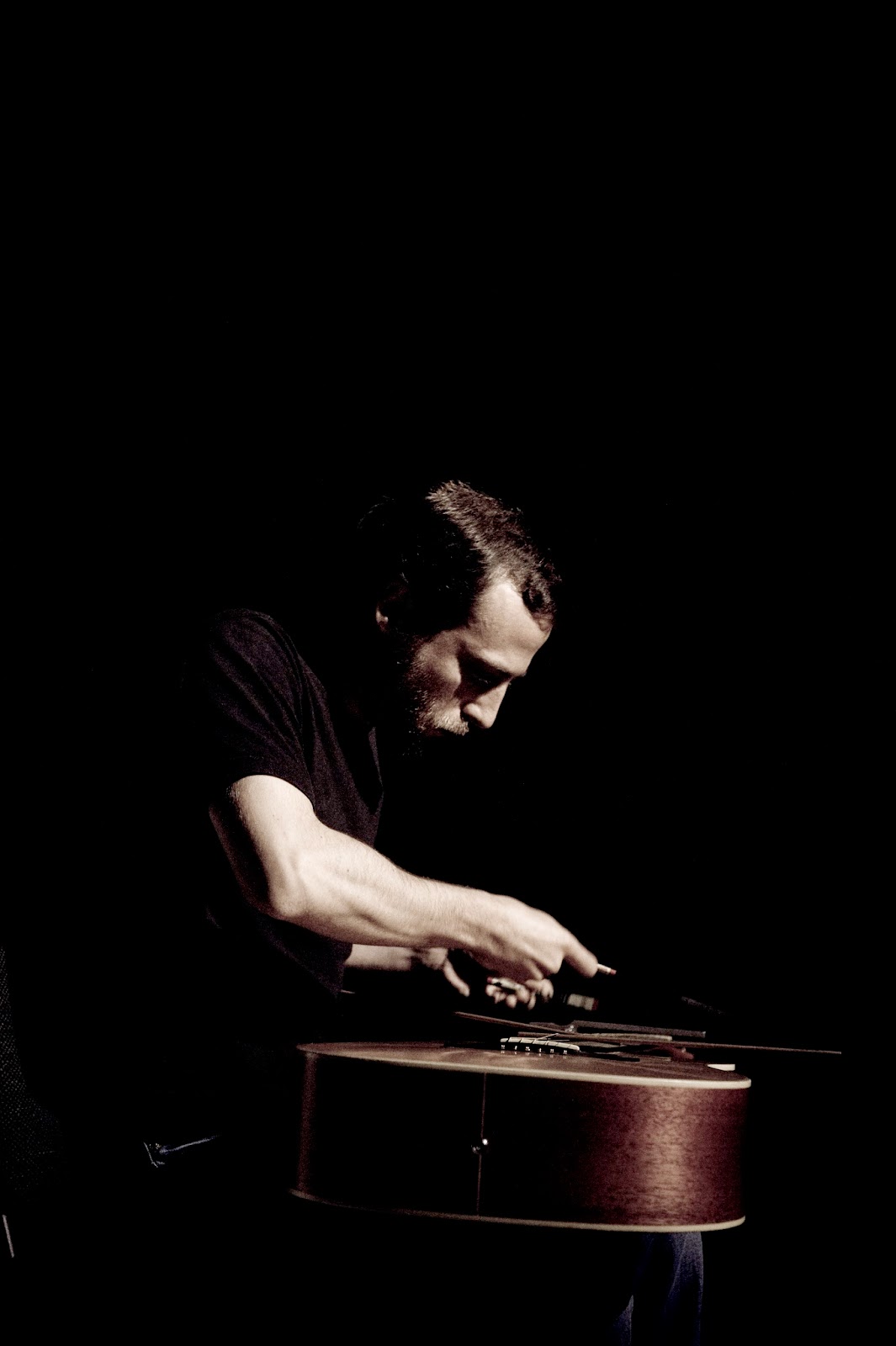 His main groups and projects include the “A” Trio (with Kerbaj & Raed Yassin), and “Wormholes” an audio-visual performance with Kerbaj drawing live on a glass table. He performs solo on the acoustic guitar using unique percussive techniques exclusively, and on the electric guitar mostly performing with dance (Atsushi Takenouchi, Omar Rajeh) and composing for film.

Definitely the piano. There must have been sounds before, and probably a lot of them, but the piano is the first one I can clearly remember. It was also my first instrument. There was an old grand piano in the family house that was bought by my grandfather and my parents would encourage us to play and take piano lessons. Very impressive instrument for a small kid. Eventually no one else was playing it except me so in a way, it became mine.


What was the first and the last record you bought with your own money?

The first I cannot precisely remember, but it must have been some pop music record, from the very few CDs that would actually make it to Lebanon, only the best selling ones did. The last one is a Prokofiev CD that I actually bought for my baby daughter, at one and a half years old she was fascinated by the Kijé suite and till recently she was requesting me to play it every day.


So, why did you pick up the guitar?

I didn't! My sister bought a guitar and took a couple of lessons. Then the teacher came a few times and waited for her but she didn't come anymore. He didn't have many students so he kept coming back and one day I told him to teach me how to play an Iron Maiden song. He taught me some basics, then many many other songs but eventually not the one I asked for. Later on I kept the guitar because it's the only instrument I could travel with when I moved to Paris in the mid-nineties but was never too serious about it until I attended jazz school.

I would have to say that my solo percussion on acoustic guitar is a permanent surprise for me. I'm always positively amazed by the sounds that this technique generates, the frequencies are never exactly the same, there are random vibrations and overtones that I cannot control or intentionally generate. Though the initial material is often similar, there are myriads of sounds and effects beneath the surface that are simply startling coming from a simple acoustic folk guitar. From my position, just above and very close to the sound hole, I am probably the one who gets the most out of it.

Give me one musical work which has provoked a change in your music?

Cecil Taylor’s “Air Above Mountains”. I was listening to a lot of jazz, and some free jazz as well… and the name Cecil Taylor kept coming up so it had been a while I wanted to check it out, but this was pre-internet era (always an important thing to remember) and one evening I found this solo CD for a fairly low price, around 40 French Francs, but couldn’t make up my mind, it was either this or breakfast the next day. In the morning I woke up with no appetite and a fixed idea to get it and listen to it asap. It completely blew my mind, not because I loved it, but because I felt something extremely powerful that I could not understand, I had no idea what was his entry point into the music, scales? Rhythm? It all seemed to be there somehow but how exactly, I couldn’t tell. There was no obvious beauty to it (at least not that I could figure out back then), but still as soon as the record finished I wanted to listen to it again, just sitting and doing nothing else. At some point I was completely submerged. I think this was the beginning for me of a new way to listen to music, of developing other ways to use the sense of hearing, an exit point of some sort. Later on I had a similar experience with Borbetomagus’ “Experience the Magic”.

What is the main pleasure of the guitar?

There are only different types of bad guitars. 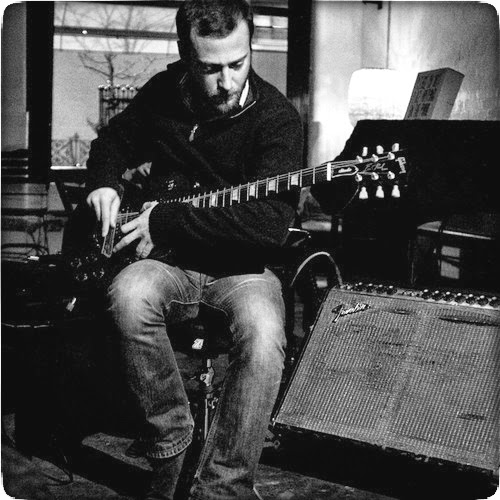 There is no such thing as a unified concept that we can call “present time”. On the contrary, with modern mobility, internet and the huge infosphere we live in, we can get a clear sense that we live in a time that has endless imbricated layers. In my opinion, the more those layers coexist, the more we get close to defining the present time in musical terms. For instance, in 2007, I felt the urge to play acoustic guitar, away from the digital and analog effects that I could use on my electric guitar, but paradoxically this was the peak of my interest in electronic music and the infinite possibilities opened by it. I was regularly in STEIM back then and witnessing the work of Michel Waiswisz’, Atau Tanaka and Tarek Atoui. In reality, my question was: what is the answer of an acoustic guitar to all of this?
Being contemporary and looking ahead to innovation in music does not mean eliminating the past, on the contrary, it has to be integrated. Since I have been back to my hometown of Beirut I have been experiencing all of this in a totally different way: because we have a small, dynamic but relatively new scene, we are almost all communicating and exchanging ideas and also working together to some extent. So basically we have several musical movements, all facing similar issues, all struggling in a country that has almost no professional frame for music, and all contributing to the scene’s general evolution. Rock, jazz, improv, maqam, tarab, classical, blues… whatever, these styles all come from different eras, yet they coexist. This is in fact very representative of the present times for me. Different styles, genres, experiments, different schools and approaches to sound and music do not cancel or negate each other, on the contrary, they give each other meaning.
In my solo acoustic guitar work “Old & New Acoustics” I have tried to touch on those ideas, already the title is pointing to the coexistence of different time signatures in a single body of work.


I am looking for Heraclitus’ river. 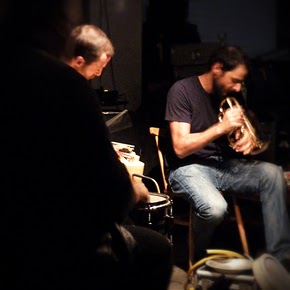 
What led you to improvisation?

Improvisation was a way for me to develop my own musical language. What led me to it is of course the freedom of expression, but also the fact that it had no clear identity. Though I loved jazz, it seemed obvious to me that it has an afro-American root which partly defines its identity. Though it was very inspiring, I did not feel that I could make it my own. As a Lebanese musician coming from an extremely complex society, I actually had no idea what I could call my own. Free improvisation gave me an open ended sound field that I felt I could shape in any way I wanted and create something new that could potentially represent me. Not sure I have found it, but the important thing is that I am still looking.

I expect music to provoke thought, presenting us with an infinite pool of interpretations. I also expect it to provoke feelings, in full range, with no restrictions.

In Beirut, Lebanon, most of my youth was shaped by rock (from listening to records), blues (from my music teachers), Bach (from my piano lessons), Oriental music (all around). At some point Led Zeppelin became a big thing for me, spending hours trying to play their songs on a cheap classical acoustic guitar. Many things I have acquired much later in my life such as the love of jazz or tarab. I had never imagined myself as a musician though before listening to John Coltrane. This is where I took things more seriously. Then Cecil Taylor and Ornette Coleman. I heard Fred Van Hove live at Instants Chavirés and this was a big moment for me. Then Parker/Guy/Lytton, I dreamed that I could sound like Barry Guy on a guitar but didn’t even get close to it.

A very big influence was also Keith Tippett’s solo work Mujician I to III. I never got to see it live but was listening to the records over and over again and wondering how I could get this amplitude and intensity on a guitar. I believe this has been one of the strongest influence on my actual playing until this very day. AMM was essential for me as well and around the same time, on some days I would play Mujician III then The Inexhaustible Document in alternation the whole day. AMM helped me to move away from the dogma of interaction in music.

To some extent every event in my life and every musician I have met and worked with, sometimes even briefly, has had an influence on me.

I’m at a turning point trying to take a new direction in my career. Focusing less on my previous groups to try and do new things. It is not clear to me yet.

One fascinating new project is the Omarchestra, I believe it is the first guitar ensemble from the Middle-East and North Africa. It was initiated by my colleague Charbel Haber with the aim of working on the music of cult Egyptian guitarist Omar Khorshid, trying to bring it somewhere closer to Glenn Branca... The project finally came about in February, beside Charbel and myself, two other guitarist from Beirut: Fadi Tabbal and electric bass player Tony Elieh. One from Tripoli: Osman Arabi. One from Istanbul: Umut Çağlar. And two from Cairo: Maurice Louca and Sam Shalabi.

The result of those sessions will be available in the next two month in LP format on Italian label Sagittarius A-Star. I believe the music is fascinating and quite different from any other guitar ensemble. 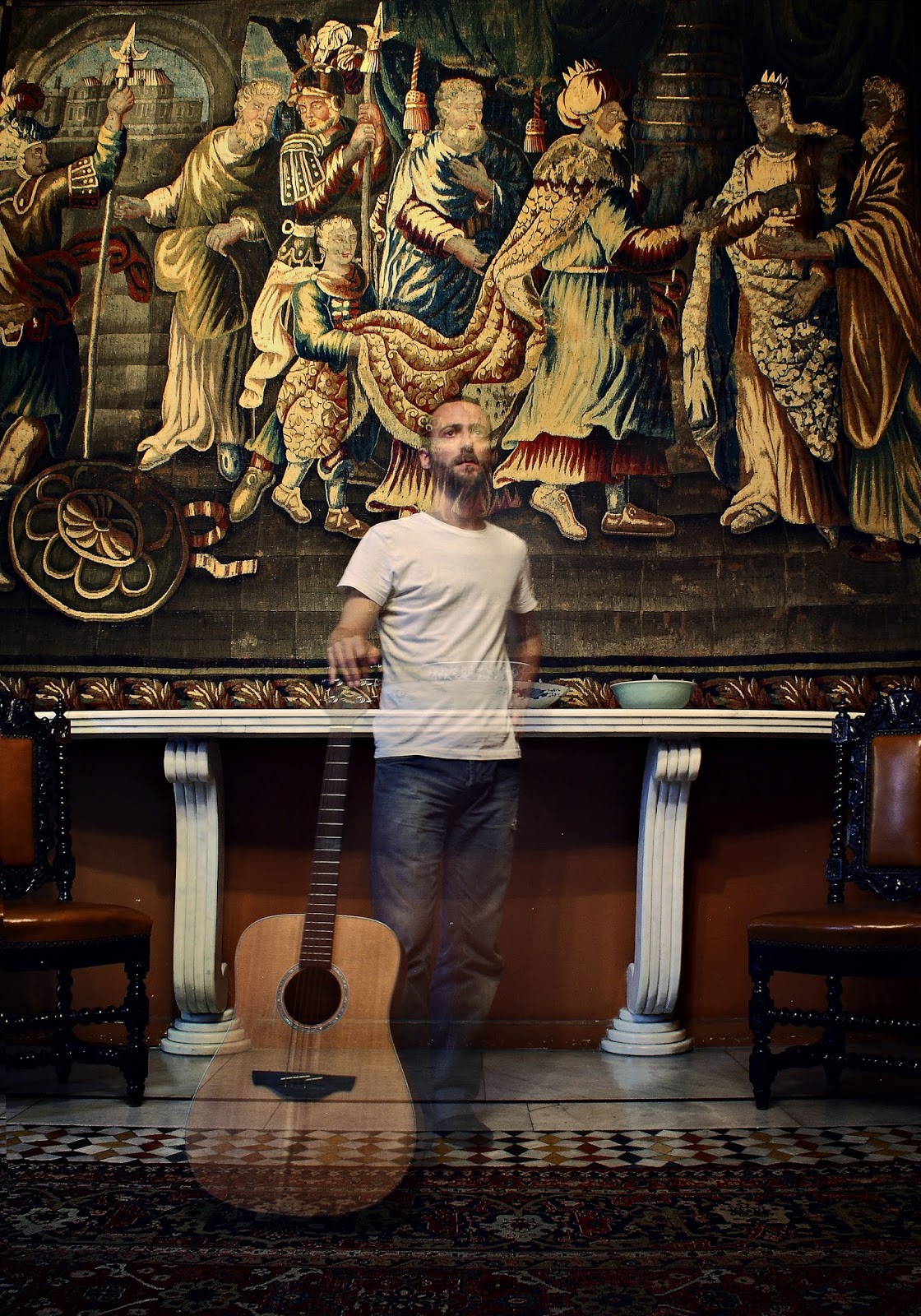