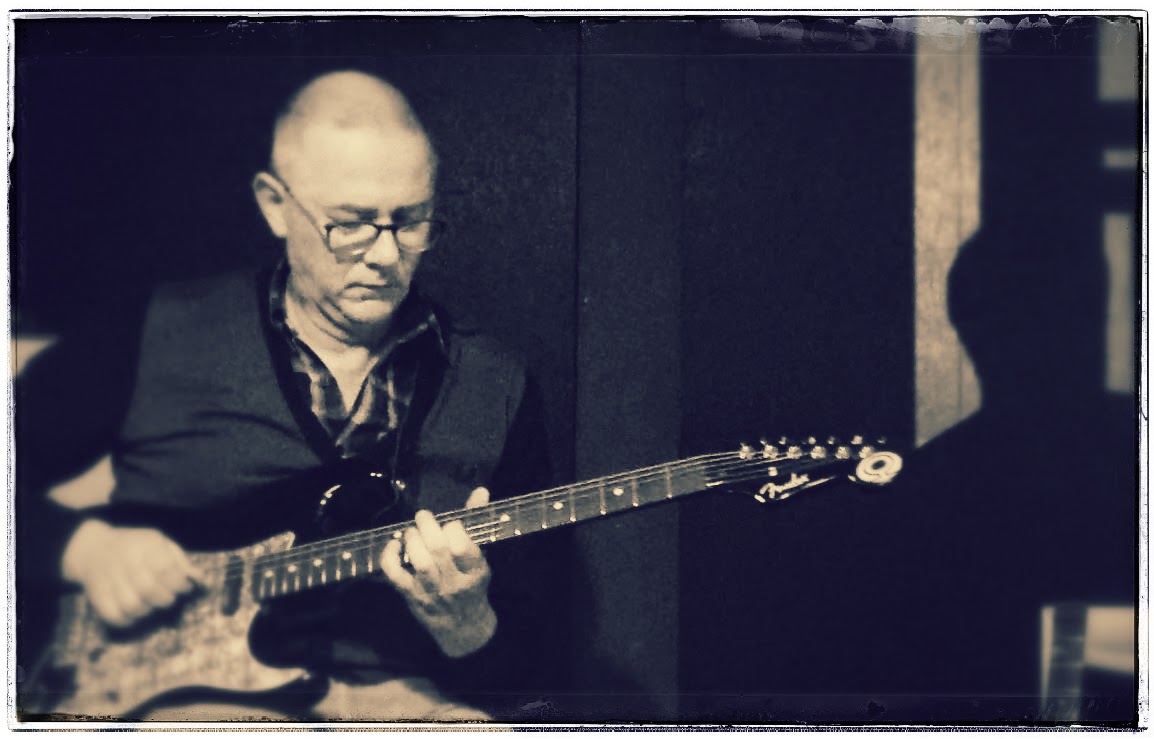 Roberto Zorzi is to be considered a highly unique character on the Italian music scene: in part because, as far as I know, there are no other guitarists named Zorzi (although there are plenty of Roberto's, but we won't go into that). What matters most is how he plays his guitar, where he chooses to play, the musical acquaintances he has and the number of excellent restaurants he has taken me to. Roberto, born and raised in Verona and a passionate lover of improvised music (to such an extent that he took part in the organisation of the Verona Jazz Festival) is in the fourth decade of his life (and is often heard to say that he would like to remain there for a very long time) and can boast having collaborated with a very worthy set of musicians who play music without frontiers. In recent years he has involved with high calibre people such as Tim Berne, Bobby Previte, Elliot Sharp, Fred Frith, Ernst Rejiseger, Trilok Gurtu, Franco D'Andrea in unimaginable projects, where the love for spontaneous creation and for electronic music has often been coupled with reminiscences of the formative years, unpredictably influenced by the ecumenical rock of King Crimson, the blues rock of Cream and Led Zeppelin, of Pink Floyd: visionaries of Ummagumma.

The unison of these great musicians of the British music scene was extremely influential thanks also to the long lived love affair with Ornette Coleman. Other sources of inspiration have become Golden Palominos, Massacre, Henry Kaiser (with the help of whom Roberto Zorzi has deepened his knowledge of the creative use of digital effects with the guitar). As a member of the band NAD Niù Abdominaux Dangereux, Zorzi has participated in the recording of the album Ghosts. The album already showed mature signs of his poetry, which is in tune with the other members of the band and is emphasised by such guests as Sharp, Frith, Kaiser and Denardo Coleman.

Zorzi has brought to the recording studio a very varied group of artists such as Franco D'Andrea, Albert Mangelsdorff, Trilok Gurtu, Ernst Rejiseger, Paolo Damiani and Roberto Ottaviano: The result being the album Similado. "The Bang" dates back to 1990. This CD was recorded live during the festival held at Roccella Jonica by a group of artists including Berne, Previte, Mark Feldman, Herb Robertson, Percy Jones and Matteo Ederle. Despite the spontaneity of the event, one can appreciate the effort involved in reproducing the style of progressive rock reminiscent of the sixties: comparing this style with the style influenced by some of the best artists of the New York Music scene. 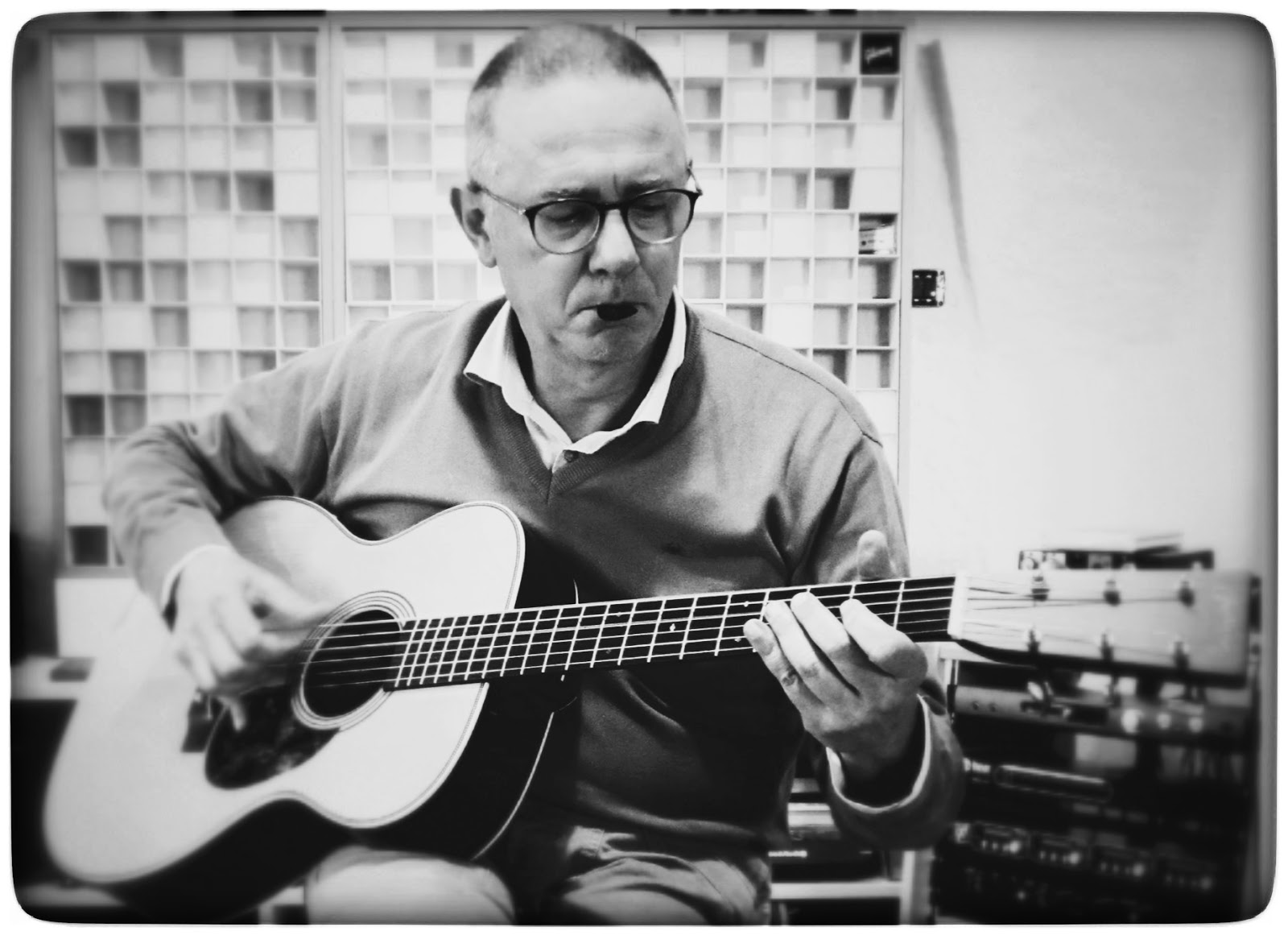 Following this, we come across the experiences with LA1919, Chris Cutler, Charles Hayward and, once again and with much emphasis, Elliot Sharp. Having widely visited, not only the present but the future of the electric guitar, Roberto has had the excellent idea to take a look at the past too: he has rediscovered the pleasure of acoustics and the sublime roughness of the Delta Blues. All this without excluding from his acquaintances the likes of Paul Lovens, Steve Jansen (ex Japan), Chianura Bros, Gabbiani e Musci, the theatrical actress Elisabetta Fadini, Mike Cooper etc... 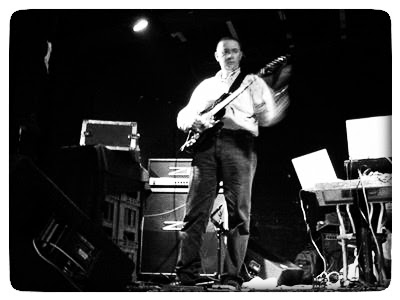 Roberto's most recent work finds him with his bosom buddy Henry Kaiser: they are half way between the city and the countryside in a sort of imaginary city outskirts. The landscape is no longer urban but not yet rural, both feelings are nevertheless represented and reprocessed with a very personal touch. What comes next? Forthcoming  work with bandmate Nicola Cosmo Salerno for the new NAD-Neu Abdominaux Dangereux album Dangeruxorcisms will feature a bland of "jazzpop" bunch of songs going from Ornette Coleman's "Feet music" to Syd Barrett's "Interstellar Overdrive" covers plus a lot of original compositions. Once more with contribution from The Rova Saxophone Quartet, Henry Kaiser, drummer Scott Amendola, bass wizard Michael Manring, italian great trombonist Mauro Ottolini and free lancers Enrico Merlin and Pino Dieni (on daxophone). Up until now his itinerary has been so irregular and varied that it impossible to predict where we will next turn up. It's no use waiting for him or trying to hunt him down: when the time comes, he will track us down and surprise us... 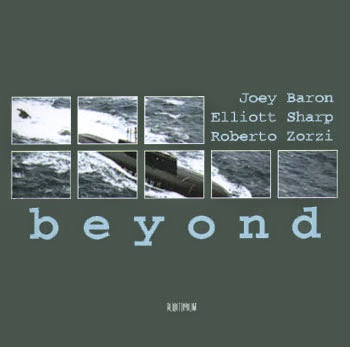 My first real guitar was a brasilian acoustic by Giannini. First  electric a Gibson 335.

Guitar can be caddish, coarse, vulgar and dramatically delicate, wrm and "subtle" at same time. This is why I love it.

The first one, "Ghosts" with my first band NAD-Niù Abdominaux Dangereux, released in 1988. A crazy and still innovative mix
of avant-rock, free, ethnic and pure divertissement, including greats friends such as Fred Frith, Sonny Sharrock, Henry Kaiser, Christian Marclay, Zeena Parkins, Denardo Coleman, Elliott Sharp. Music was a balance between originals and covers from Ornette Coleman, Albert Ayler and cartoons film music. Musicologist Enrico Merlin listed it as one of the most influential records of past century in his "bible" book "1900-2000: 1000 dischi per ub secolo. I am still proud of it

Guitar's main pleasure is in its sound and in the incredible sonic possibilities it has.

I use a bunch of stompboxes (many and different distortion pedals, 2 loppers and 1 delay, analog guitar synth) and sometimes a rack rig including an Eventide H3500, an Eventide Eclipse and an old and beloved Lexicon PCM 42 digital delay.
What I try to obtain is a total real time playing, a kind of "wall of sound", using Phil Spector's term.
Henry Kaiser's use of digital devices was deeply influential to me, such as Robert Fripp's frippertronics.

I dream about the end of euro and eurocracy. Can I say it ?

Digital music scene could be a great chance for everybody (musicians and listeners), but this goal is still far away.

Creative and improvised music seems not to have the right approach yet, but I think this is depending on concerts possibilities.

Difficult to find well payed (or just payed) gigs and and can promote your music, digital or not.


Depict one image you're still looking for in your musical research.

An image I'm looking for is myself playing "creative" american country music,  popular music from Veneto (where I live) using vocals
and elaectronics arrangements and instruments, mixed with a lot of horns, saxophones, banjos, dobros...

How do you experience loneliness in music?

This is a great question: don't feel lonely when I play. The greats are with me, in my heart and feeling: Skip James, Nick Drake, John Fahey, Derek Bailey, Albert Ayler, Monk, Miles, Ornette...try to feel their spirit during playing.

Film music is a big influence to me and cinema too. I love b & w movies, a lot of great productions (americans, italians, french, spanish, japanese) from the forties to sixties mostly. Italian "Futurismo" in art, architecture, painting such as german "Bauhaus" architecture are big influences.

My roots are in rock 60's and 70's music (Cream, Led Zeppelin, Soft Machine, early Pink Floyd and almost King Crimson), progressive and british folkjazz   (Nick Drake's "Pink Moon" is one of the greatest album ever done). Than came jazz of 50's and 60's , free jazz and european improvised music. After this, back to true roots: delta blues (Skip James, Robert Johnson, Mississippi John Hurt, Son House, Fred McDowell), New Orleans things and swing orchestras of 30's and 40's.
Too many things ? Maybe, but you cannot cancel 40 years of listenings...Don't forgetting John Fahey and, in a particular way, the lesson of Glenn Gould, the immense genius of piano. A multimedial artist just in the 70's: wrote incredible books and did innovative radio programs and films. And we should talk about the way he produced his recordings of classical piano music, unitil his death.

New NAD-Neu Abdominaus Dangereux album, coming out at the end of may. This features me and arranger/soundmaster, composer Nicola C.Salerno and good friends such as the Rova Saxophone Quartet, Scott Amendola on drums, italian great trombonist Mauro Ottolini, guitarist Henry Kaiser, bass wizard Michael Manring, guitarists Enrico Merlin and Pino Dieni (he plays archlute and daxophone too).
What else ? I don't know...let's wait and see what happens... 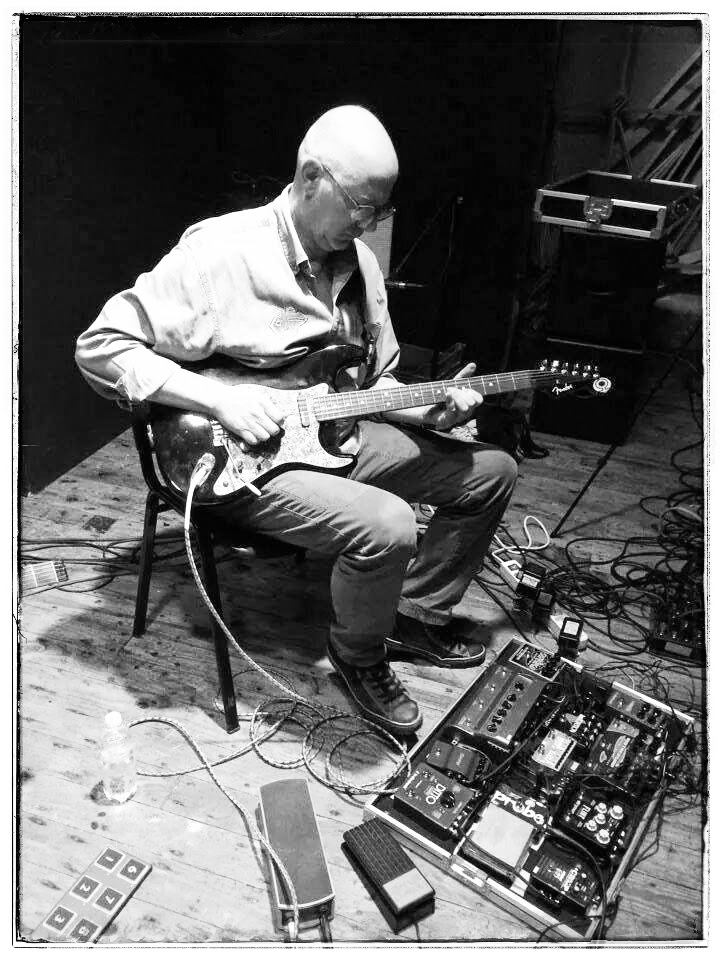