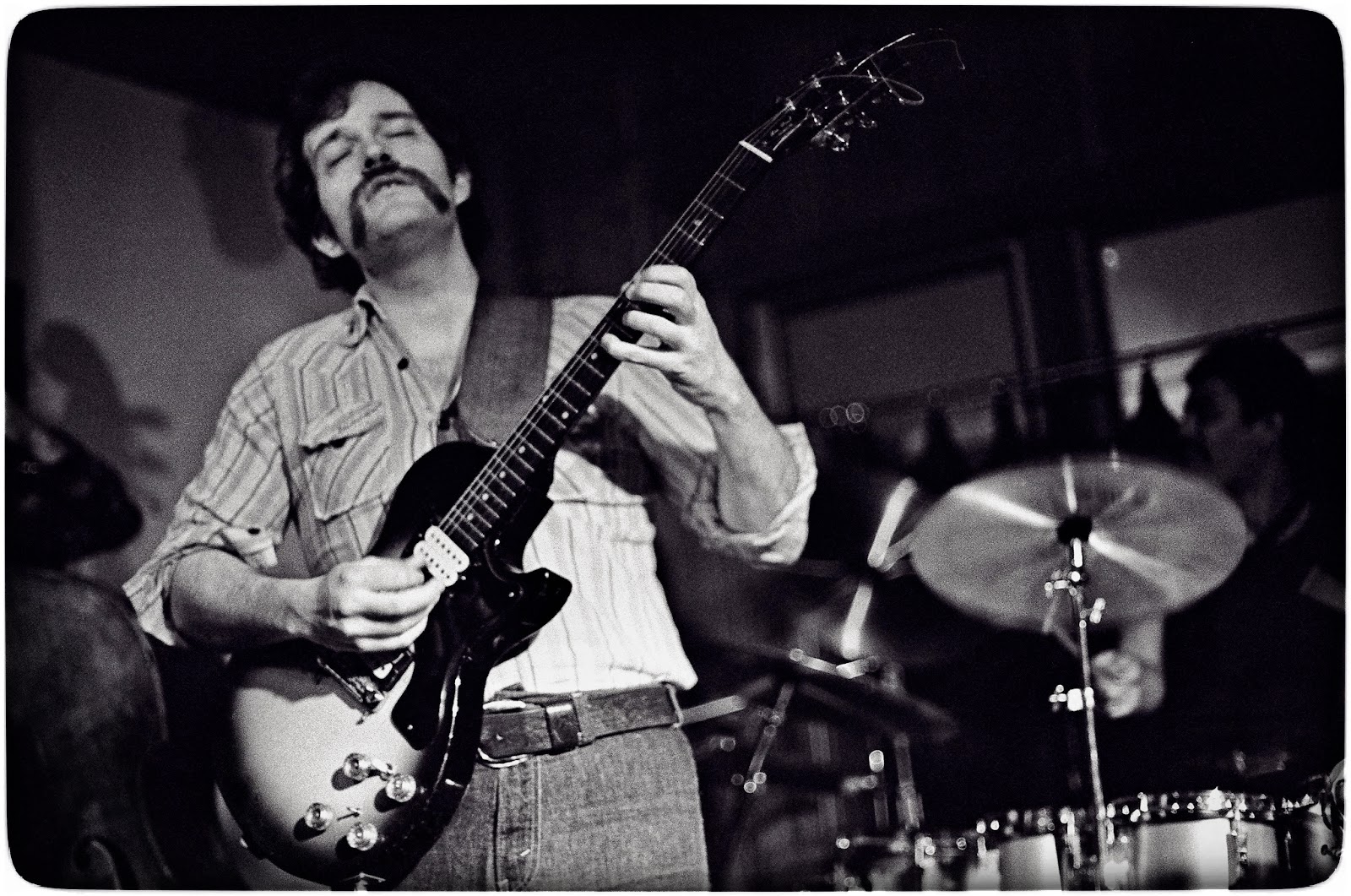 John Abercrombie truly went out of his way to give us this interview. After several rounds of phone tag, one interrupted dinner, and a pleasant chat with his mother whom he was visiting, I finally got to speak with him just before he left for a European tour. I was pleasantly surprised that a musician who has worked with Jack DeJohnette, Ralph Towner, McCoy Tyner, Gil Evans, the Brecker Brothers and many other top musicians is such a down-to-earth, likeable guy. 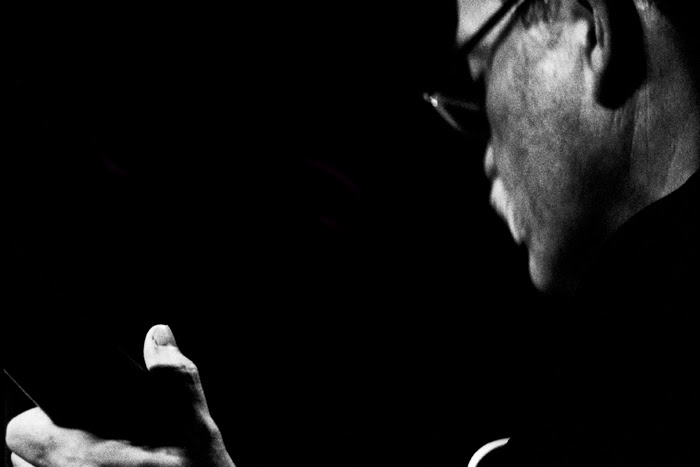 John started playing guitar at around age 12. His earliest musical influences were the early rock and roll musicians he heard on the radio - Chuck Berry, Fats Domino and Elvis. He took lessons with a couple of local guitar teachers who taught him tunes by rote. He began playing jazz when, in his words, "I heard Barney Kessel and immediately, I wanted to do that".

John continued his jazz studies when he entered Berkely in 1962 at age 16. His first jazz gigs were in the late 60's with an organ trio headed by Johnny Hammond Smith with Grady Tate on drums. It was with this trio that he made his first recording in 1969. 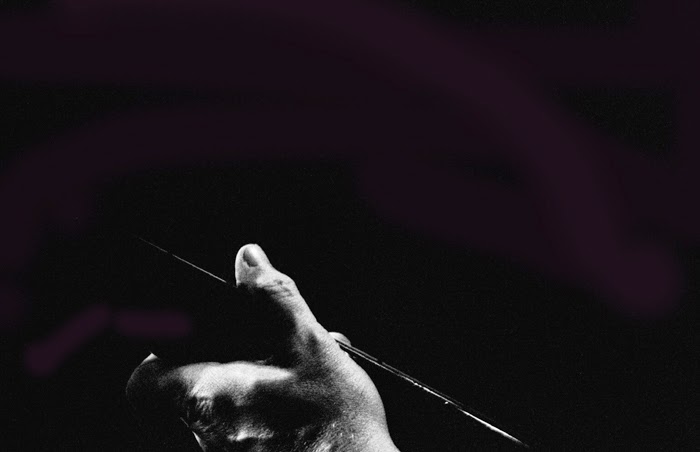 TB: The very first time, on your way to the recording studio, what was going through your mind?

JA: I don't remember what was going through my mind, but what was going through my body was fear and terror. I had been on the road with Johnny and working gigs and playing a lot of the organ clubs. We used to call it the "chitlin circuit". And he mentioned this record date to me. He said "I'm going in the studio to do a record date, but I'm going to use George Benson." He said "I'm sorry, but I gotta use some big name, you know". And then he came to me at a gig we were playing and said "George can't do the date, so you got it." So in a way, I was subbing for George, which was really far out. George was an established player and a really hot player and I wasn't. But it was fun. I still have a copy of the record. But it's long out of print. I actually made a tape copy of it, because I figure the record won't last that much longer. 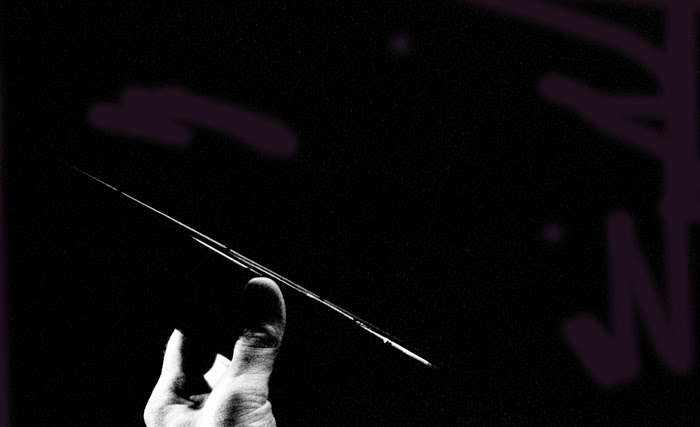 TB: Were your subsequent recordings any less terrifying?

JA: Yeah, they became less terrifying. After the first one, they became easier. The next one was with a fusion band called "Dreams" with Randy Brecker and Michael Brecker and Billy Cobham. And that was a complete change of direction. On record dates like that I never felt too nervous because everything was really overdubbed. When we did that album, we were in the studio for probably a week, so you had a lot of opportunity to fix things. So the pressure was off. The record with Johnny might have been direct to 2 track. I don't know. But there was no overdubbing. It was just, boom, live with it.
Interestingly enough, in the last 10 years, the 2 track format got popular again because it's so cheap. Almost all the records I've done with Andy [Laverne] have been live to 2 track.  Nothing's been overdubbed. I find that there's a lot of pressure in that, but also if you get a good take, you don't really need anything else. 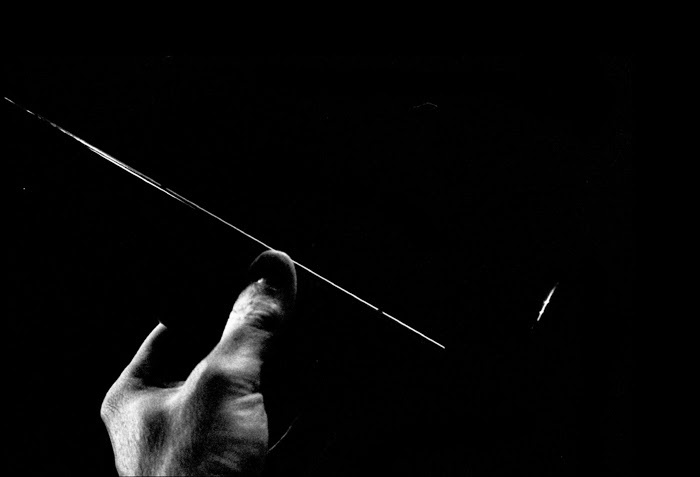 TB: You get a lot of energy from recording that way.

JA: That's really the way you play live anyway. If you're playing on a gig, you're not going to get a second chance to overdub your solo on the next set. But when I have my druthers, I like to do multi-track, mostly just to be able to fix something that's really horrible. If something sounds bad but the take is good, you might want to just touch it up a little bit.
Classical musicians do this all the time. They want perfection. So they piece things together.  Eight bars of this and six bars of that. Glenn Gould said that with a recording he wanted to make perfect versions of pieces. I kind of understand that, but then again when you're dealing with jazz, you're dealing with something that's very imperfect. 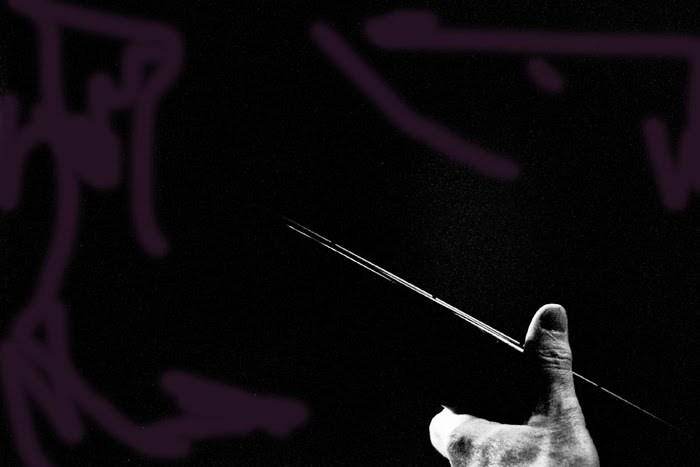 TB: What do you mean when you say "very imperfect"?

JA: Well sometimes that's the great part about it. You're just sort of searching for this "thing" and sometimes you get it and sometimes you don't. All music is imperfect, but in jazz since you're improvising, at least the way I play, I'm trying to follow my train of thought in a solo. I have things that I've played before, but I try not to think about that. I just play the song. And when you're doing that, the imperfection is that I'll flub notes or I'll play notes I may not really mean. If I had a chance to overdub, I might go back and fix them. But the fact is, the actual first time you play something, it's almost never perfect, at least to my ears.
Every time I listen back to solos of mine I'll hear something I like and then another phrase that I can't stand. You have to live with what you play. And the recording medium puts that on us. When I play live gigs I don't think so much like that.

TB: Because you never hear it again.

JA: As Eric Dolphy said "Once you play the music, it's in the air. It's gone". And that's true. But when you record it, it comes back to haunt you sometimes. 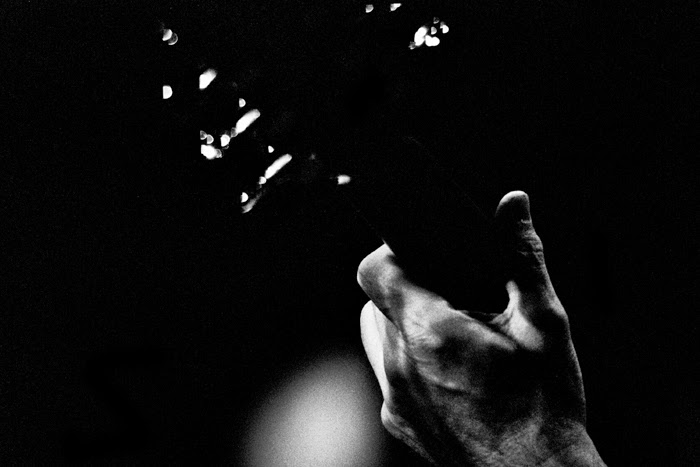 TB: A lot of musicians who have not achieved your level of stature have this vision that the guys who are recording for the big labels have a sort of Michael Jackson type budget for recording and can do takes over and over and over. When you record for ECM, do you have a tight budget?

JA: ECM has a distinct policy. They are flexible, but basically you have two days to record an album and a day to mix it. If you get on a roll, the records are done in one day and mixed the next day. It depends on the feeling in the studio. 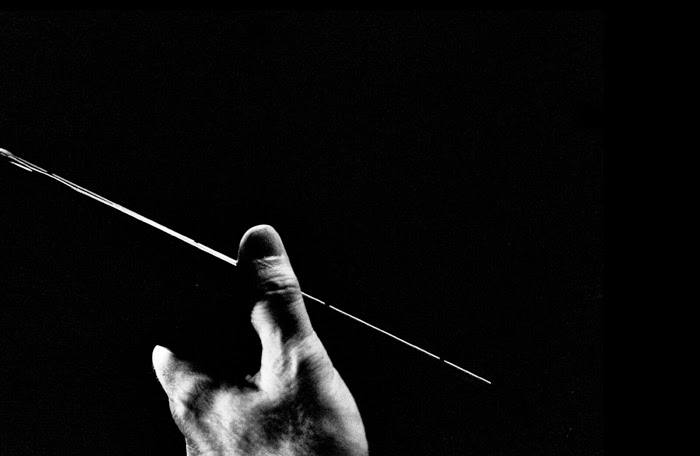 TB: That's really not a lot of time.

JA: No, it isn't. The records with Andy are done in one day. They were done for a record label called Steeplechase. The guy who runs the label . . . books two record sessions a day. So he has a record date with one group from, say 10:00 until 3:00, then another band comes in from 5:00 until midnight. And at the end of the day he has two finished records. And he does that 5 days in a row and he leaves New York with 10 finished products. So you're talking about fast food - fast jazz. The thing that makes most of them work is the fact that the musicianship is quite high. 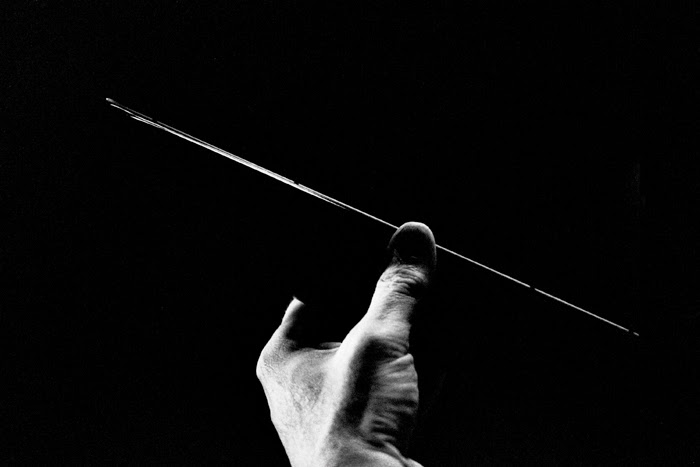 TB: Are you a strong reader?

JA: I'm fair. When I'm doing it a lot I can get pretty good at it. I mean - I'm a guitar player. (Laughter) The note C exists so many places on the guitar that to know where to start a phrase when you are reading is mind boggling. So I learned years ago to scope out a part as quickly as possible and hone in on the hard parts. Ignore everything that looks like something I can play quickly. Look for a lot of ledger lines, weird rhythms, or a lot of notes. Other than that I can read really well! 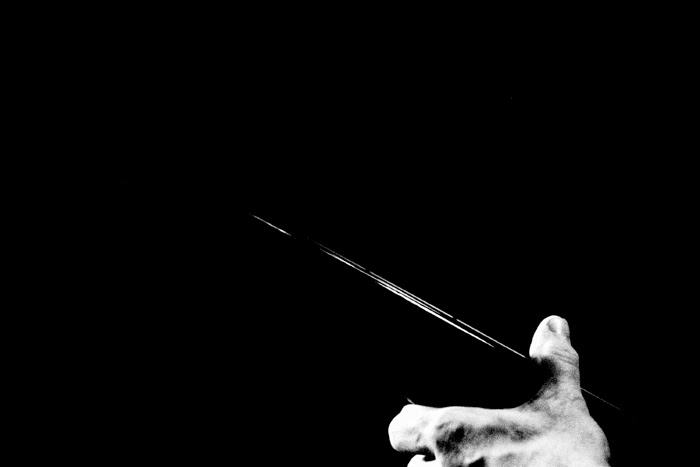 TB: Do you like to listen to lots of styles of music?

JA: Oh yes. I like to listen to ethnic music, like folk music from different countries. I really like Asian music, like Japanese music, Chinese music and Indian music. I like classical music. I love Bach. And then the jazz I grew up on, which, after Barney Kessel, became people like early Miles Davis groups, John Coltrane and especially the Bill Evans trio. I still listen to that. I find I don't have too many new things that draw me in as much as the older stuff. I think there are some amazingly good players on the scene. But I always find myself coming back to the guys I listened to as a kid. I'd rather listen to Miles Davis than someone sounding like Miles Davis.
If you listen to a lot of music, it gradually seeps into your consciousness or your unconsciousness and comes out in your music. 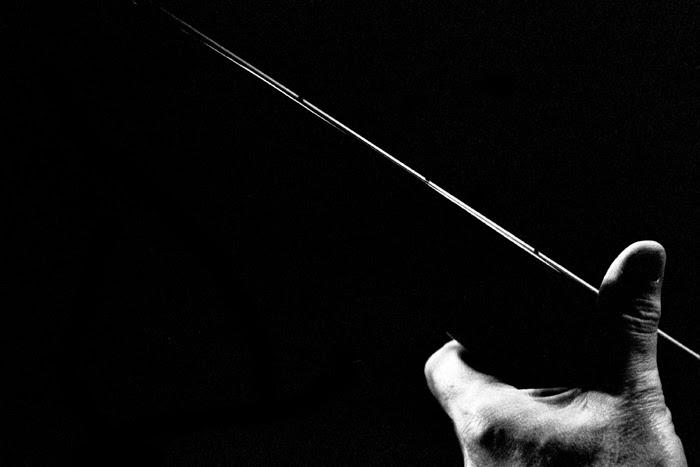 TB: It's been my opinion that jazz musicians are among the most competetive of all musicians, at least at the local level. Everybody knows "That guy is a better this guy. I'm better than him. He's better than me". Do you feel that sense of competition among the players at your level?

JA: It is a more friendly competition. But there definitely is - it's not like we're competing for gigs so much because when you start recording and traveling and you develop a reputation, then you don't really compete for the gigs so much. Then it's more "does he play better than me?" or "what can he do that I can't do?". Yeah, it exists. But it's different.
I'd say it's not as much competition as somebody might be jealous of someone. Like I might be jealous of someone's position, because they're doing more recording or they're making more money than me or they're more popular. It's not like when I was younger. It felt like it was necessary for me to compete. Now it's not necessary to compete, it's just necessary for me to get better on a personal level. I'm always hearing players on the radio and I think "Gee that's good. I wish I could do that" You're jealous of what somebody can do. But I think that's OK. It's not like I'm going to try to learn to play better than that guy to try to take his gig away. 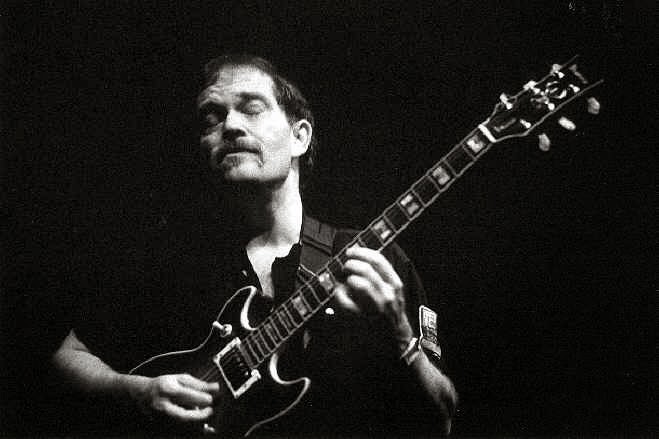 TB: It inspires you to do better yourself.

JA: Yeah. I'll watch television or something and I'll hear some studio rock player from LA on some TV show and he's just ripping it up with some amazing sounding stuff. And I go "Boy. I'd love to be able to do that." (Laughs) But then I go back and I listen to Jim Hall and he's the guy that blew me away years ago. When I heard him then I said I really want to play like him and when I hear him play now, I still say that. I'd still like to play like Jim Hall or Wes Montgomery or one of my heroes.

Originally published in the March, 1996 issue of the newsletter of the Cincinnati Jazz Guitar Society.
Photo Squence: Karl-heinz Schmitt
Thanks for the kind permission for reblog this interview to Mr. Tim Berens
Publicado por Miguel Copon en 3:47 PM