Born 1954, London. John Russell got hold of his first guitar in 1965 and began playing in and around London from 1971. His involvement with the Free Music scene came early, from 1972 onwards, and in such places as The Little Theatre Club, Ronnie Scotts, The Institute of Contemporary Arts, The Musicians’ Co-Op and the London Musician’s Collective. From 1974 his work extended into teaching, broadcasts (TV and radio) and touring (continuing) in the UK and abroad inluding Europe, Japan and South America. 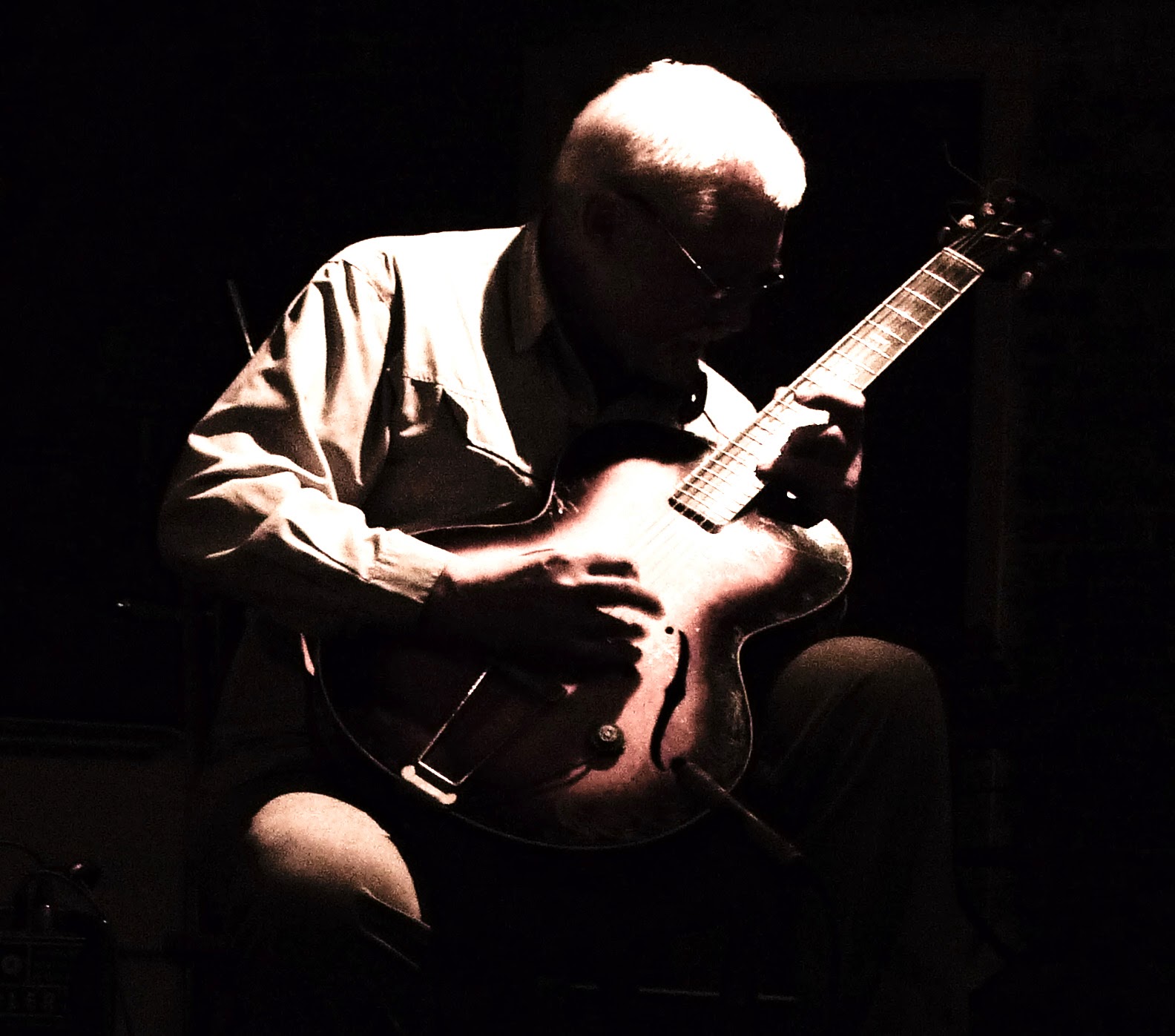 In 1981, he founded QUAQUA, a large bank of improvisers put together in different combinations for specific projects and in 1987 helped set up Acta Records with John Butcher and Phil Durrant. In 1988 he founded MOPOMOSO, the UK’s longest running concert series featuring mainly improvised music. 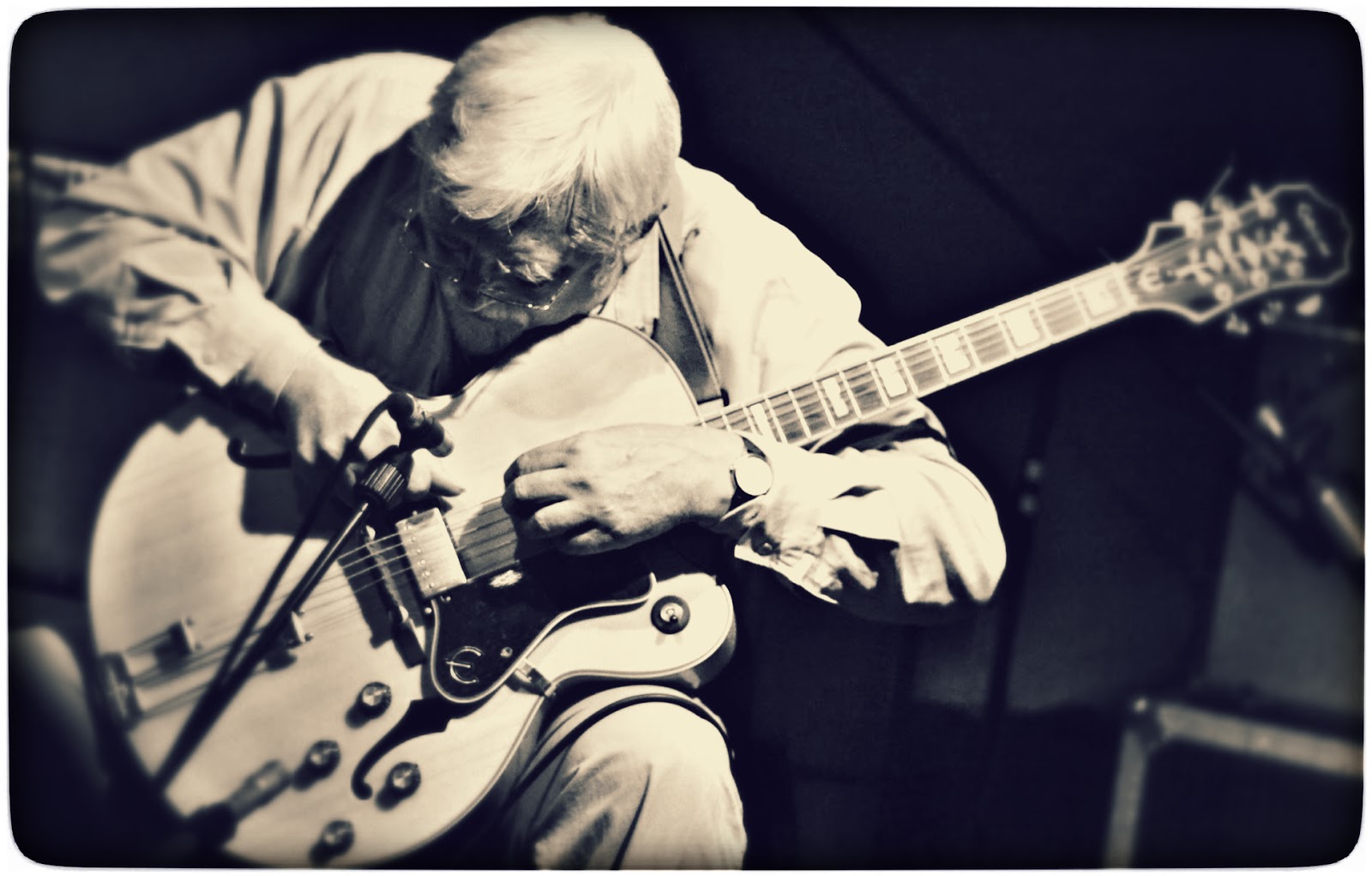 He has said that, 'Since my early involvement with free improvisation as a way of making music, I have moved closer to the realisation that this is the best way for me to work as a musician, bringing together the intellectual and the intuitive with the practical in the creation of a music that is unique to a specific time and place. I also believe that playing solo, in long term and less permanent groups all have particular things to offer the improviser and I have tried to exploit all three areas whilst developing existing traditions and juxtaposing previously unrelated areas in an attempt to provide a fertile ground for improvising.' 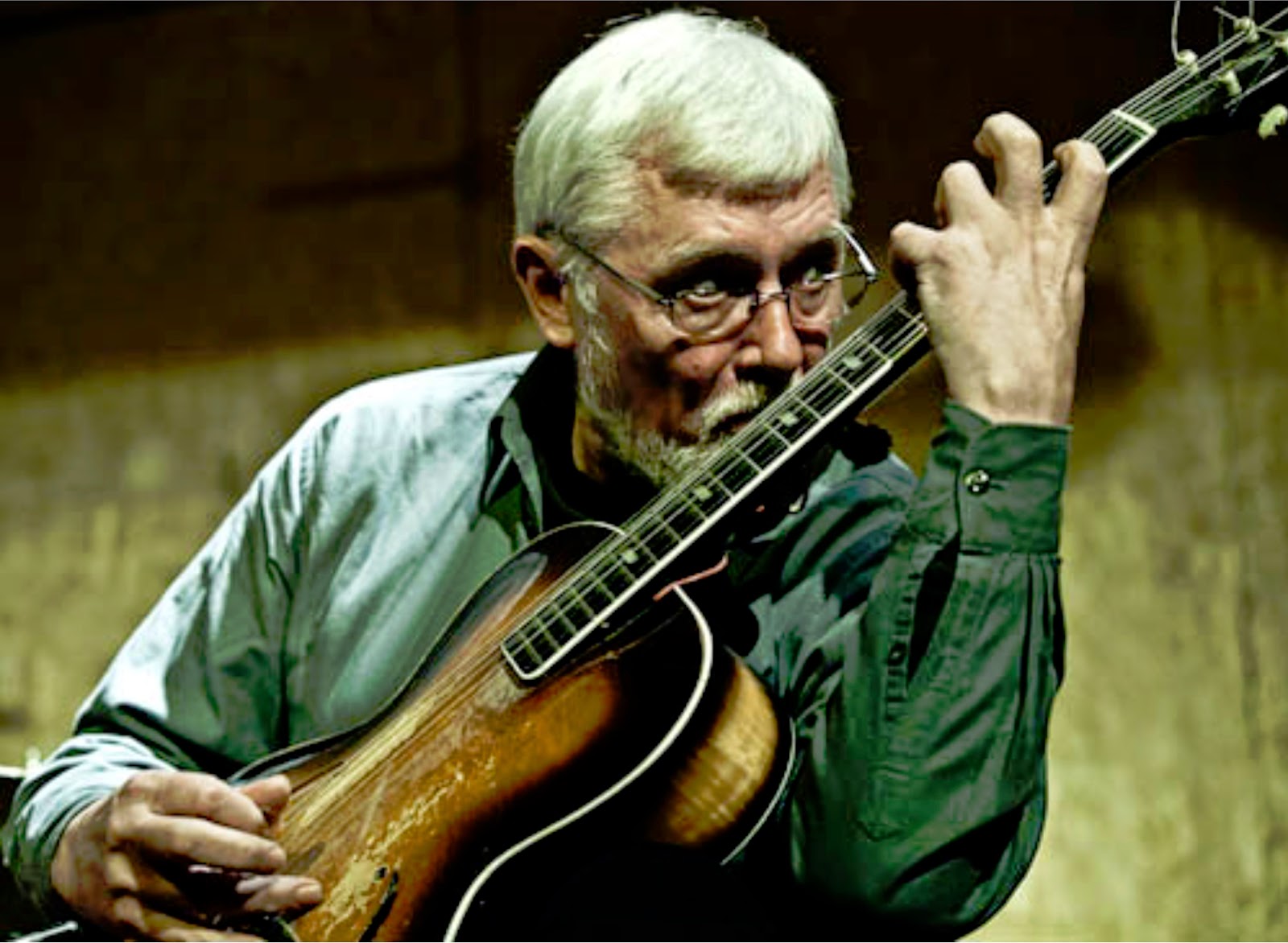 As opportunities permit he has extended this approach to collaborate with creative practitioners from other disciplines, i.e. poetry, composition, theatre and performance art.

The first record I bought with my own money was ‘The Rock Machine Turns You On’. Although I did have one or two 78s and 45s kicking around. I didn’t have a record player until quite late and in fact I made the plinth for the deck in school wooodwork class and hooked it up to an old radio.

What were other early records you bought?

The first full price LP was ‘We’re only in it for the Money’ by Frank Zappa and the Mothers of Invention and I also remember owning ‘Ahead Rings Out’ by Blodwyn Pig and ‘Undead’ by Ten Years After. Basically I didn’t have much money and I spent a lot of time at a friend’s house listening to music there and checking stuff on the radio at home.

It was pretty horrible! A standard acoustic with steel strings and a very high action. I then got a Rosetta Lucky 7 with an Egmond pick up followed by a Hofner Galaxy. My first improvisation concerts were using a Grimshaw Les Paul. After that I went acoustic and for a long time used an Epiphone Zenith (1936) which I bought from Louis Gallo who had used it in dance bands beginning before the war. Louis was resposible for helping get Eddie Lang’s playing better known in the UK and I have some sheet music of his with a picture of him holding that guitar. It eventually suffered too much wear and tear and I moved to my present set up. Which is ..............

My main set up is a Schertler Unico with integral volume pedal and I use a Schertler Dyn G contact mic mixed with a Shure SM 81 uni-directional condeser mic. The guitar is a Radiotone from 1936. If I’m travelling under my own steam (e.g train) then I sometimes take an AER Alpha rather than the Schertler which is a bit heavy. If flying then I need two seats (one for me and one for the guitar) so the promoter has to provide the amplification. For the electric I have an Epiphone Broadway with a Vox Wah wah pedal, Nano Muff, Boss Heavy Metal 3 fuzz and a Boss Noise reducer. I usually stipulate a Fender Twin Reverb for the amp. I have a couple of practice amps here; a Fender 15er and a Lunchbox. At home I also have a 1933 Epiphone Masterbilt Blackstone, a Korean Fender Telecaster, a 1950s acoustic lap steel, an electric mandolin, a cheap nylon strung guitar, an Aria solid body and a ukelele as well as a number of broken guitars and parts that need sorting out.

There are those times when the music seems to come from a different place. It kind of creeps up on you from another angle and you think. Where the ... did that come from? I remember talking to the head of psychology at Kassel university and I asked him if they recognised transcendental feelings. He said that yes they did but the only thing they could say was that if somebody felt like that, and became conscious of it, the feeling disappeared. Very like music that!

Nothing. I would never ask. It has given me so much. An old friend (poet Libby Houston) once said that the Arts are like a magnifier and what you put in you get back ten times over. So be careful what you put in!

Three things. Good listener, good technique and a generous nature. The definitions of those things can vary!!

I like to think I’m a sociable sort of person so playing with other people is great fun but when playing solo I also get to meet some good people. I think the main point is that we share this music as we discover it, whether we are playing solo or in a group. In fact I think there are four main playing situations and I try to be involved in all four. Solo, one off events, short term projects and long term groups. The boundaries can move so I might have a one off concert that contains someone from a long term group etc.

I must say I have no idea! The challenge is always the same. To find some music to play and the benefits are that it is possible to find some music to play. I mean for me I am a guitar player and the physicality is important. It is also to do with the internalisation and understanding of materials. I guess that is possible with digital means although a lot of the digital ethos seems to deny the body. I like a bit of steam punk with big clumsy handles Ha! Ha! There are all sorts of things to do with the production and broadcasting of musical artifact but that’s quite different from producing music in ‘real’ time in a ‘real’ place. Improvisation always comes down to playing and listening. The rest can be a bit of a distraction and can lead to people leaving the music all together.

I’m not looking for a sound. It’s looking for me and I am continually learning to recognise it when it comes. but I do like the idea of clarity and transparency.

For me everything I experience, think or feel has some relevance to music. It is a total involvement. Intellectually, emotionally and physically. Analogies with other practices can be useful but you have to be careful and realise they are only analogies and that there is a spefific nature to music.

I like Schoenberg on intrinsic and extrinsic worth. Go for the intrinsic value of something not it’s extrinsic value. i.e stay true to real values. If you are doing music then stick to musical values.

ICP 005 recorded 3rd March 1970 has always stuck with me as it has an immediacy to it. I think this is something to do with Misha Mengelberg’s editing where he just cut the tape when he got bored. There are so many though that it feel’s not really fair to pick one.

Mopomoso continues and takes a lot of time and effort see. http://www.mopomoso.com  Other than that I’m busy in so many different things from solo to my large Quaqua projects. Coming up in October I will be in Amsterdam palying an acoustic first half with Evan Parker and John Edwards and an electric second half with Evan and Han Bennink before going to Hannover the next day to work with Gunter Christmann in a 25th anniversary event for his Vario project. Every August, and this year is no exception, I have my three day Fete Quaqua event in London which is always fun. In terms of recording there is a 4 CD boxed set of last year’s Mopomoso tour in the pipeline, a quartet with John Edwards, Steve Beresford and Stale Liavik Solberg and two duos - one with Sabu Toyozumi and one with Phil Minton. 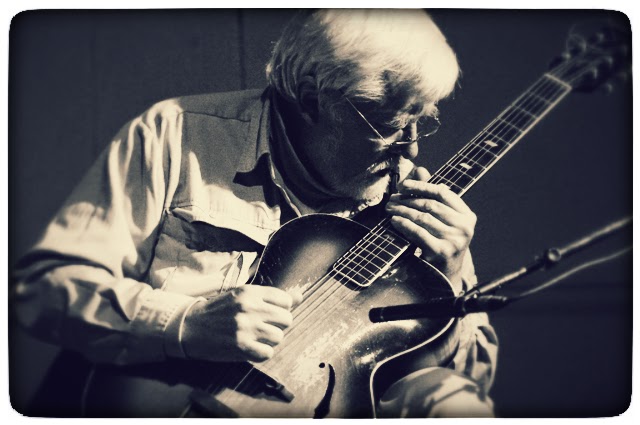